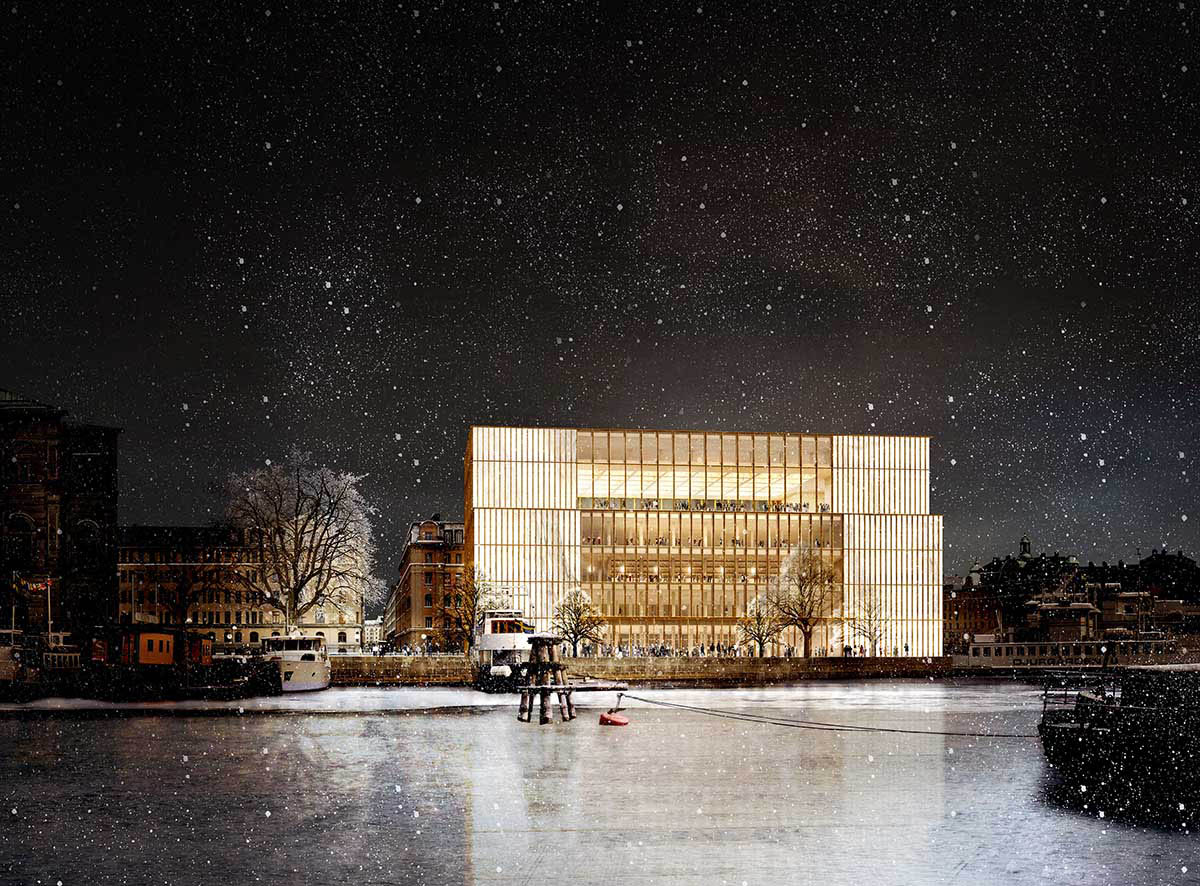 The Swedish National Heritage Board has stated their deep concerns about David Chipperfield's Nobel Center as the proposed building will considerably damage to the national interest of Stockholm’s inner city, the surrounding cultural environment in Djurgården, an island housing historical buildings and monuments, museums, galleries, the amusement park Gröna Lund, the open-air museum Skansen.

Published in the Heritage Laboratory of the Swedish National Heritage Board's website, the Board has submitted their opinions in response to the Land and Environment Court at Nacka District Court, which shows the Swedish Heritage body strongly disapproves of the detailed development plans for the new home of Nobel Center, designed by British architect David Chipperfield. 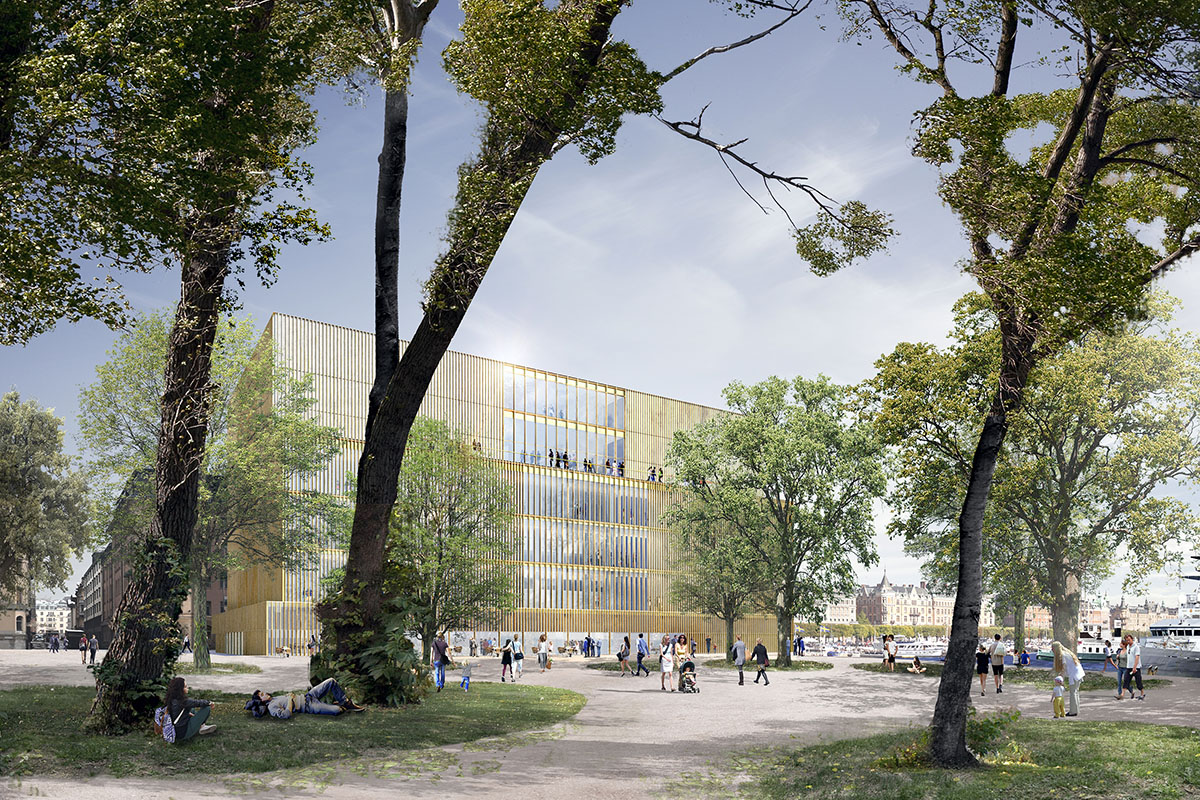 The Heritage Body responded 4 major questions asked by the Court on the continuity of the city context, the built environment and cultural structures which will possibly be affected by the new proposal.

Conceived as an important hub of shipping, trade and industry, the Heritage Committee thinks that Stockholm will loose its national identity and representation to a large extent, as the customs building and the two warehouses will also be torn down.

"The detailed development plan entails the disappearance of an important representation of one of the expressions of the area of national interest, namely Stockholm’s function as a hub of shipping, trade and industry, as the customs building and the two warehouses are to be torn down," said the committee.

"Even if the area affected by the plan geographically speaking only constitutes a smaller part of the area of national interest, the board’s assessment is that the national interest as a whole will suffer significant damage if this centrally located expression is erased," they explained. 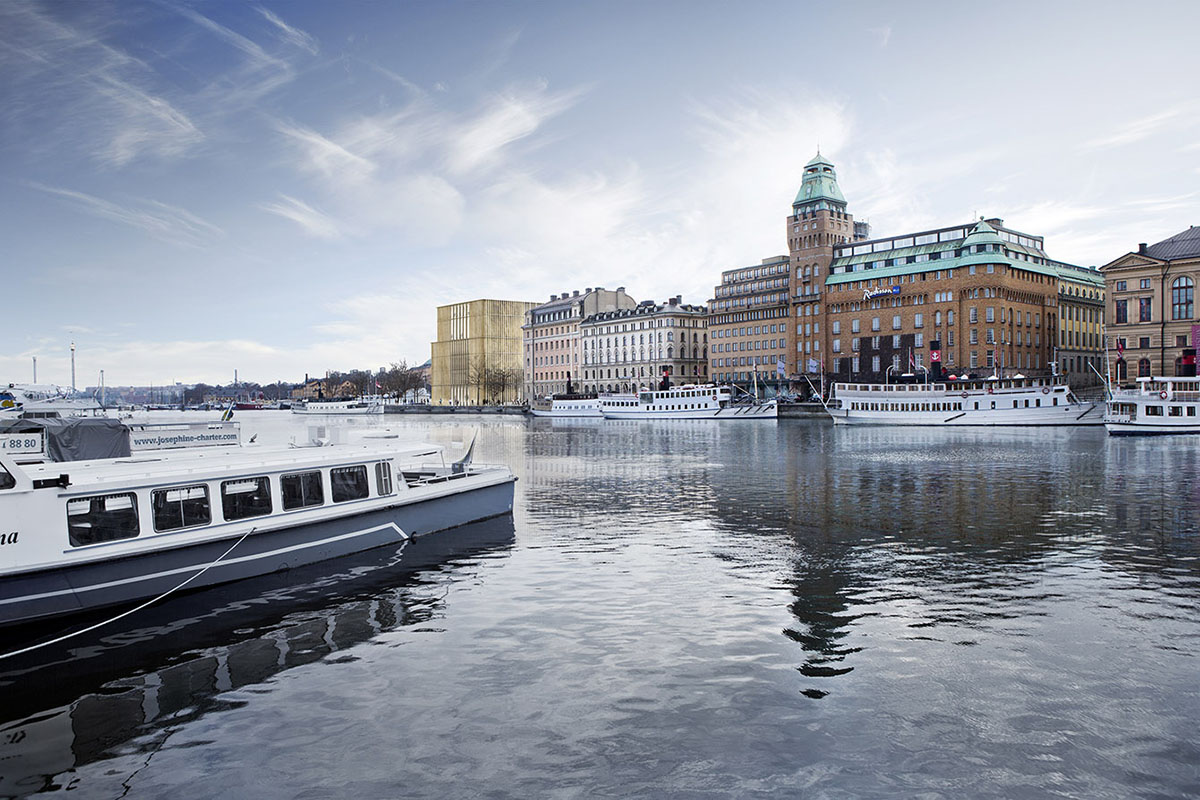 "Above all, this concerns the water front and the clear outer limit of the industrial era city centre, but it also includes the views from important vantage points. As the low buildings and open spaces with connections to shipping, port and trade activities that give the location its nature disappear and become replaced by a monumental public building and a square, there will be a great change to the open water space around Nybroviken/Ladugårdsviken, which may be perceived as smaller."

"It is the environment as a whole, and not the individual buildings that is proof of a historical continuity in the use of the location; from naval base, shipyard and port environment to customs and factory environment."

"The three buildings that will be demolished according to the plan have not been designated as listed buildings in the Heritage Conservation Act nor been given protection in the provisions of the Planning and Building Act," added the committee in the report. 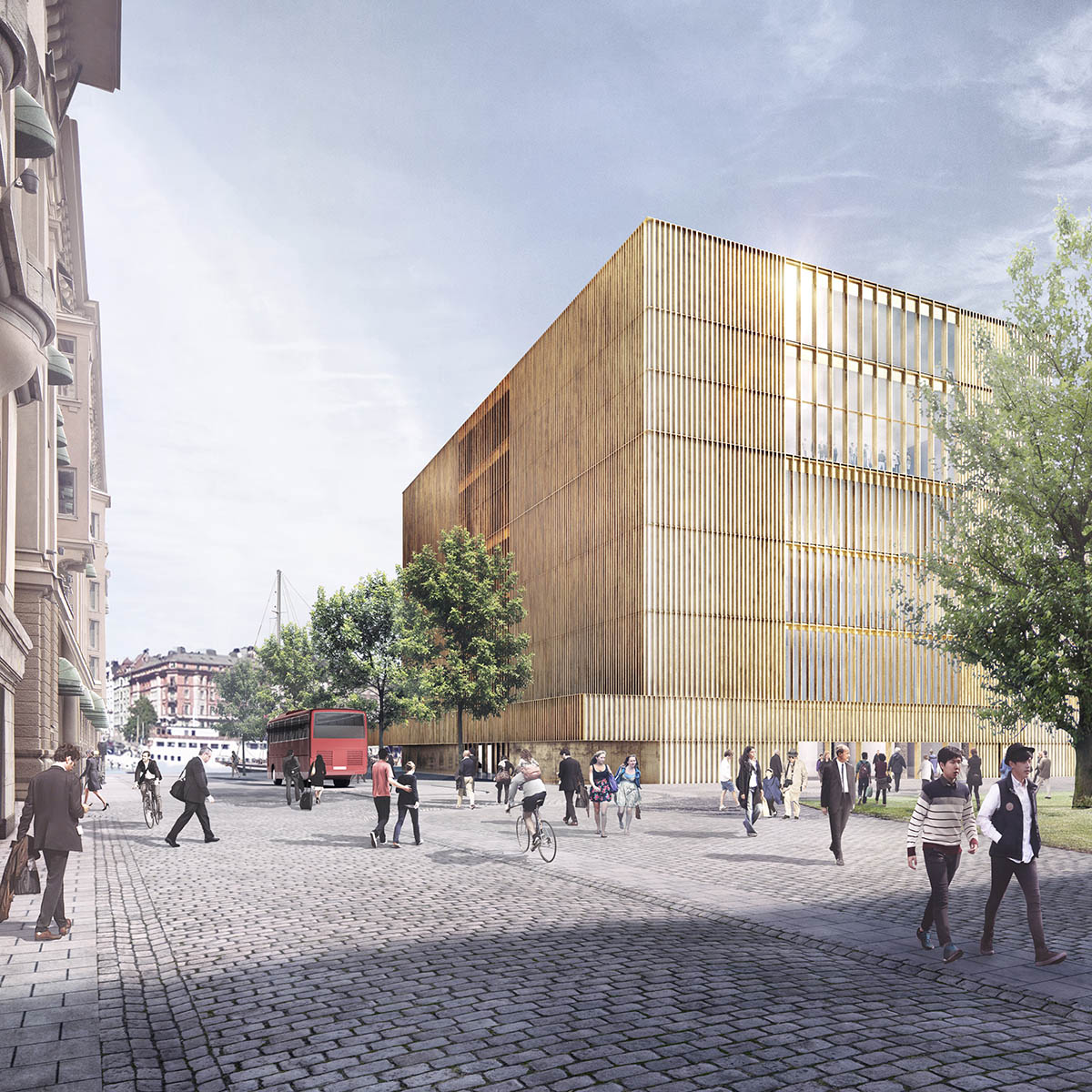 David Chipperfield first unveiled plans in 2014 to design a new home for awards ceremonies and house a museum which will be built for the first time in its 114-year history. The proposal was selected as the winning project by The Nobel Foundation.

In 2015, Chipperfield released modified version of Nobel Center, which revised plans by removing the underground car park and its ramp, space for an attractive square, created to the north of the building. In this modified version, the new Nobel Center featured its clear and dress-like facade, made up of vertical bronze fins. While the fundamental concept of the ‘Nobelhuset’ remains the same, the building had been reduced significantly in size. 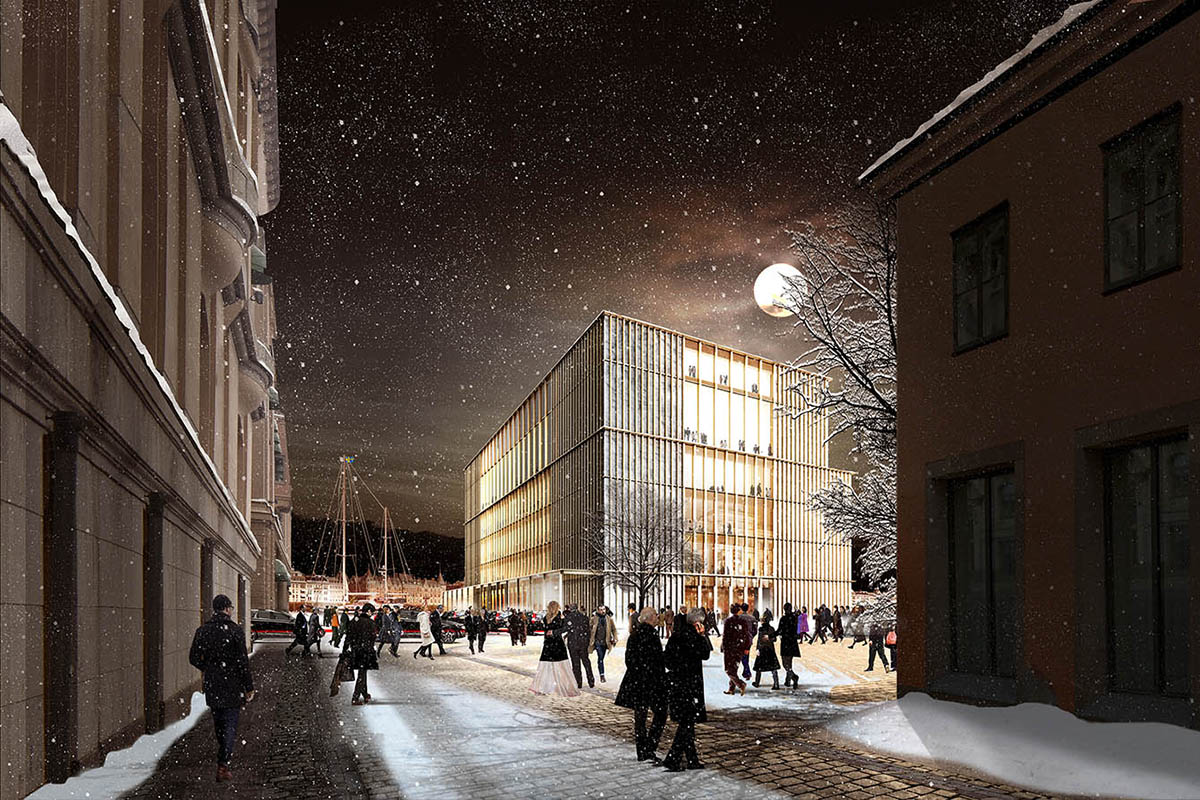 "The cultural environment impacted by the detailed development plan is the most centrally located representation of this expression today," added the committee.

"The warehouses that are to be torn down are the last ones of their kind remaining within the national interest area today."

"These buildings will be demolished, meaning that the expressions of national interest that they constitute together with the surrounding environments will be lost forever."

"Above all, this concerns the water front around Nybroviken and Ladugårdsviken, views from important vantage points and the clear outer limit of the industrial era city centre," they added. 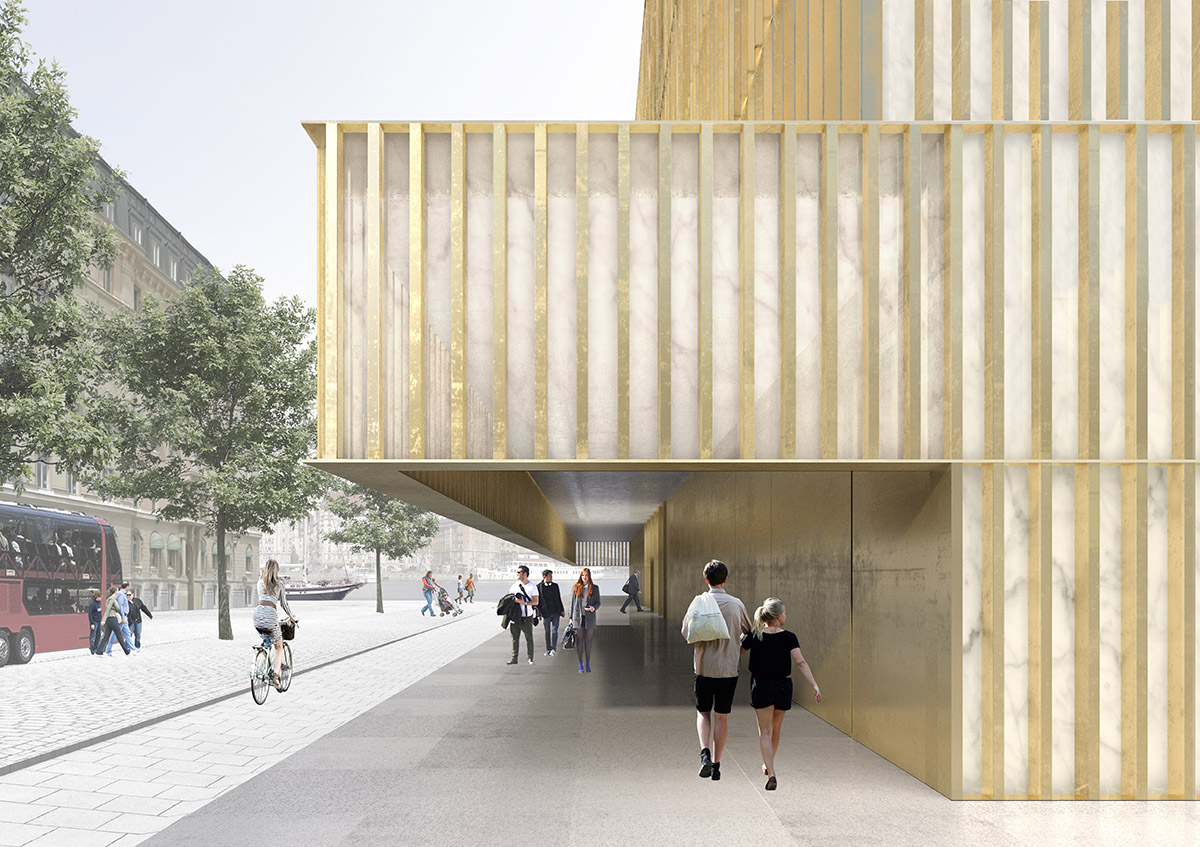 Regarding the detailed plans, the committee claims that the new Nobel Center will considerably shadow the Sweden's listed building of Nationalmuseum due to its height.

"No change in the height of the Nobel Center has been made from the review to the adopting of the plan," said the committee.

"The height of the building still exceeds that of Nationalmuseum’s eaves and it will therefore be perceived as tallerand more dominant than Nationalmuseum when seen from several locations and important vantage points."

"The museum park is part of the listed building and affords visitors a view from the museum of the surrounding buildings and environments while also illustrating the water that formerly separated Kyrkholmen from Blasieholmen."

"When Nationalmuseum was built on Kyrkholmen, the water between Kyrkholmen and Blasieholmen was drained and the museum park was created. There is a hint of a view of current water areas from the park and they can be seen fully from inside the museum," they explained. 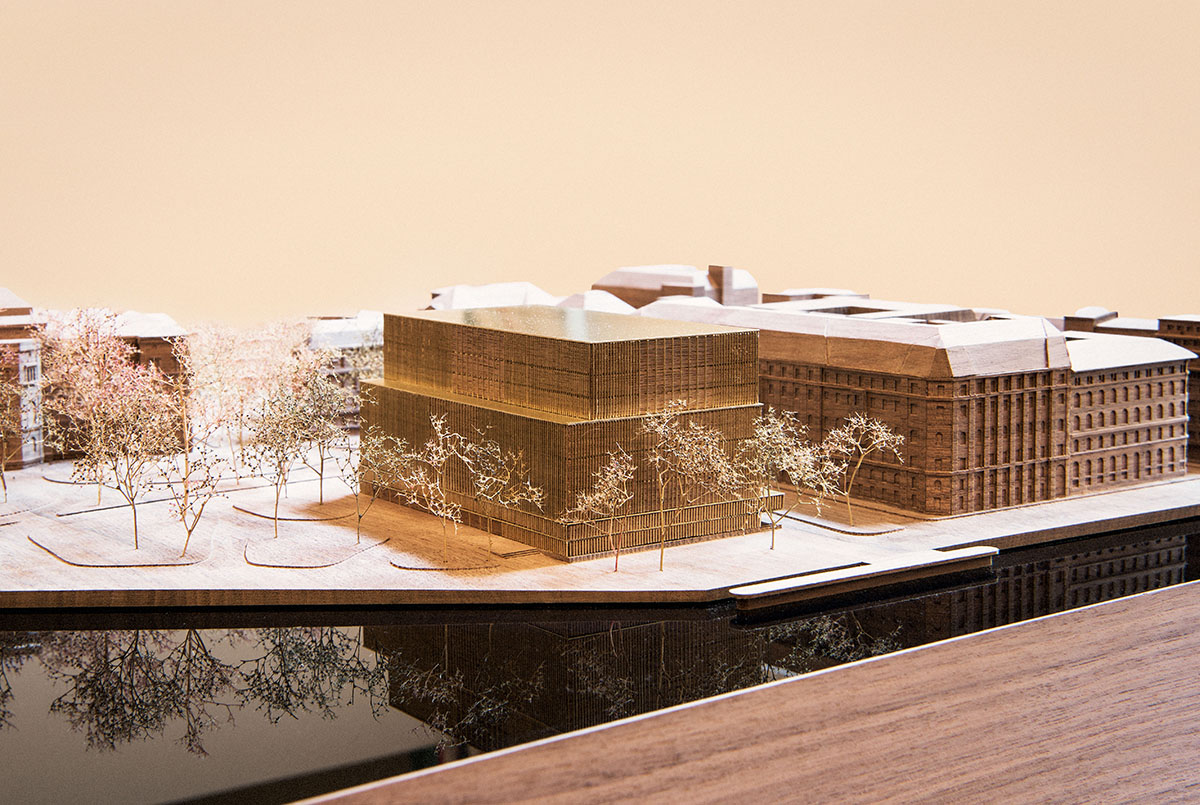 As can be understood from the committee's comments, the certain parts of the Royal National City Park will also be affected by the detailed development plan.

"The limit of the industrial era city centre, as seen from parts of the Royal National City Park around Ladugårdsviken may come to be perceived as protruding since the volume of the new building will add to the existing building volume and thus move the city front closer to the water," stated the committee.

"An area that currently constitutes a centrally located, historical, visual and functional transition between the maritime environment of Skeppsholmen and the commercial neighbourhoods of the industrial era city centre will disappear. This means that the legibility in terms of Stockholm’s historical development as a port, shipping and trading city will be lost."

In February 2017, the Stockholm County Administrative Board decided to move forward for the detailed plans. The building is made of thin vertical bronze fins placed in varied densities – envelopes the building like a golden dress. The building will include a bookshop and a café-bar, exhibition, education and conference spaces, as well as an auditorium situated on the fourth floor.

David Chipperfield, one of the most prominent British architects, designs significant cultural buildings and institutions, as well as renovations of historic places around the world. The Hepworth Wakefield Gallery in Wakefield, Yorkshire, The Museo Jumex in Mexico City and The Neue Nationalgalerie in Berlin’s Kulturforum are among his key projects.