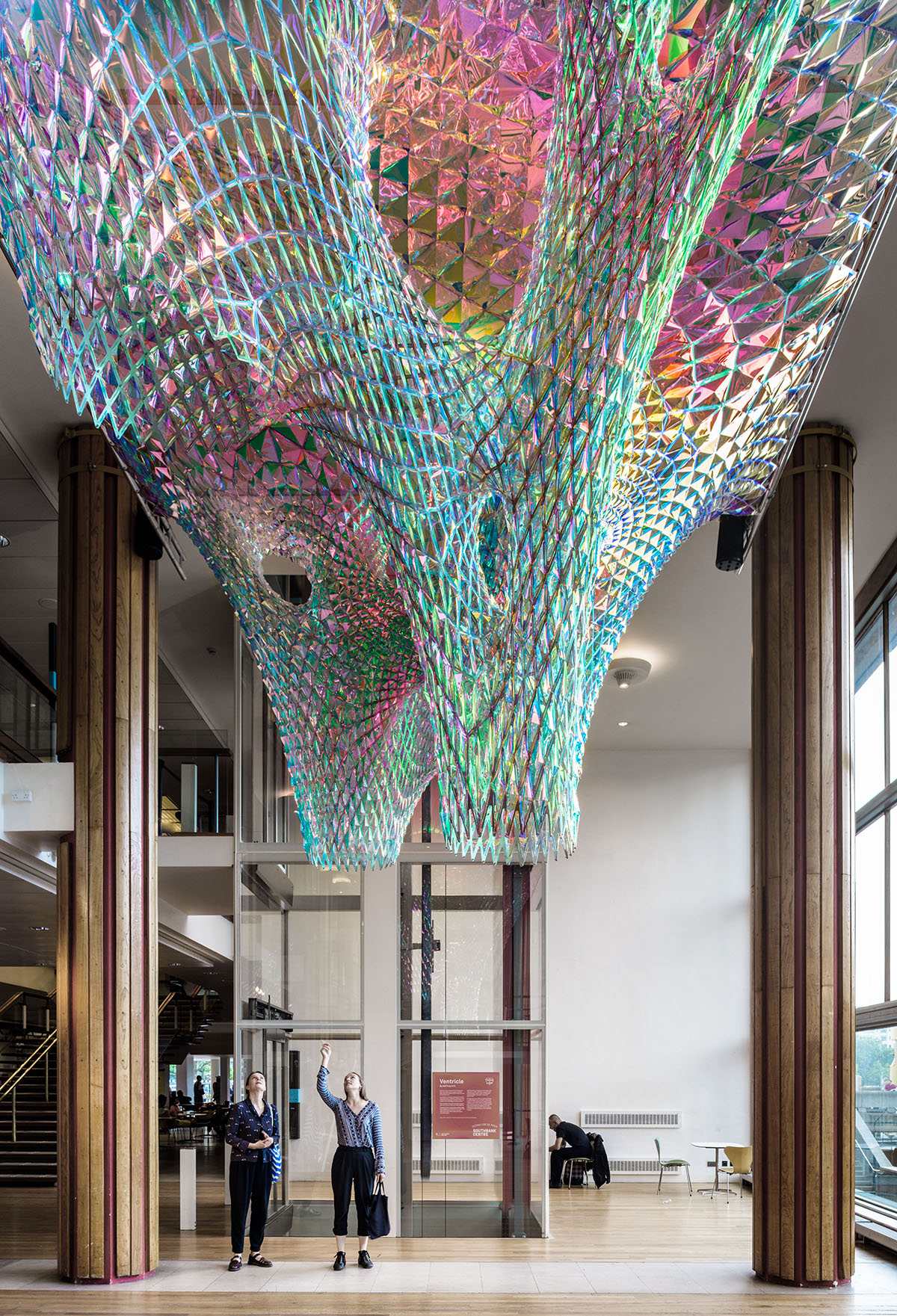 New York-based creative design studio SOFTlab hanged a massive aluminium structure made up of intertwined tubes and clad in 3M’s Solar Mirror Film at the heart of Southbank Centre in London. Commissioned by the Southbank Centre in London, the structure is conceived as a two-part installation for the Festival of Love, recalling the heart, a symbol that has been used for many centuries and in many cultures to represent love. Along with the chambers of the heart, the installations are a modern interpretation of the hanging gardens of Babylon, a place of many cultures and languages, and also of Eden, a place of free knowledge and expression. SOFTlab uses the film is typically applied to photo-voltaic panels to increase the sunlight they receive. 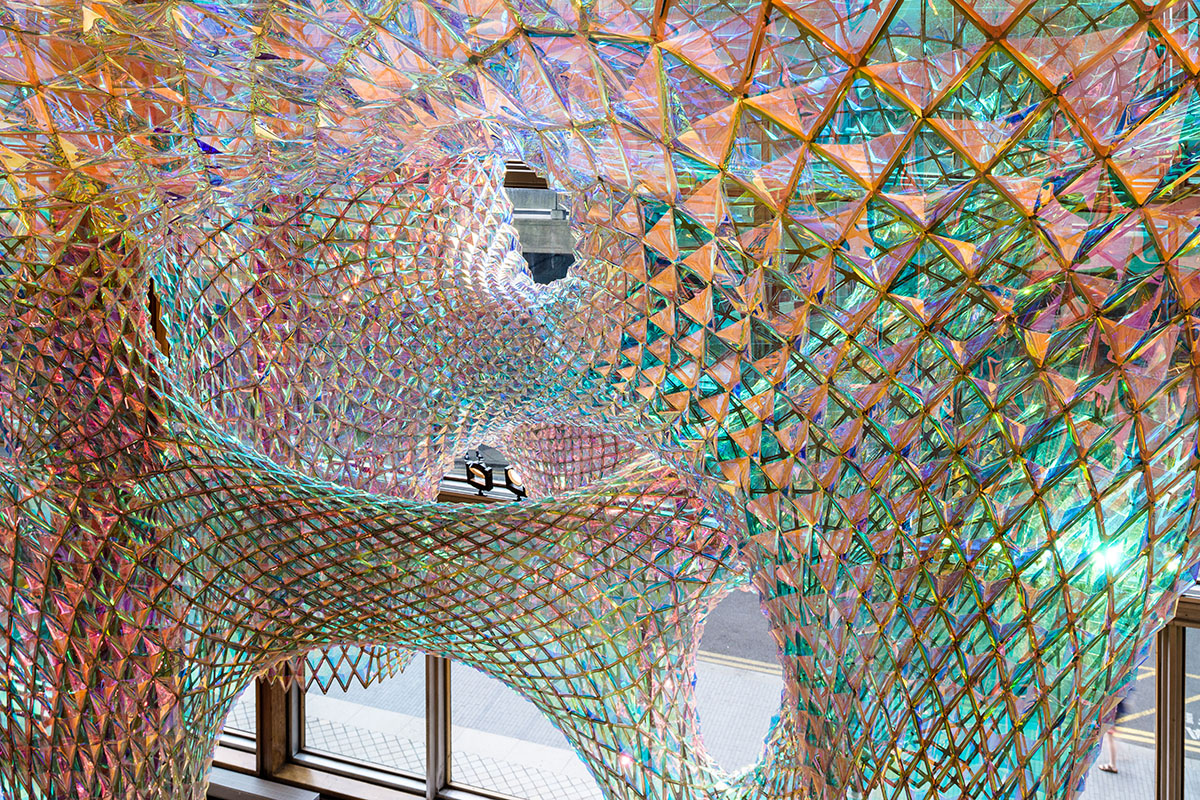 Called Ventricle, the studio uses the sunlight coming through the adjacent glass walls to use the film’s ability to refract and cast light. The net like hanging structures refract the light casting a woven landscape of color into the interior of the Southbank Center. 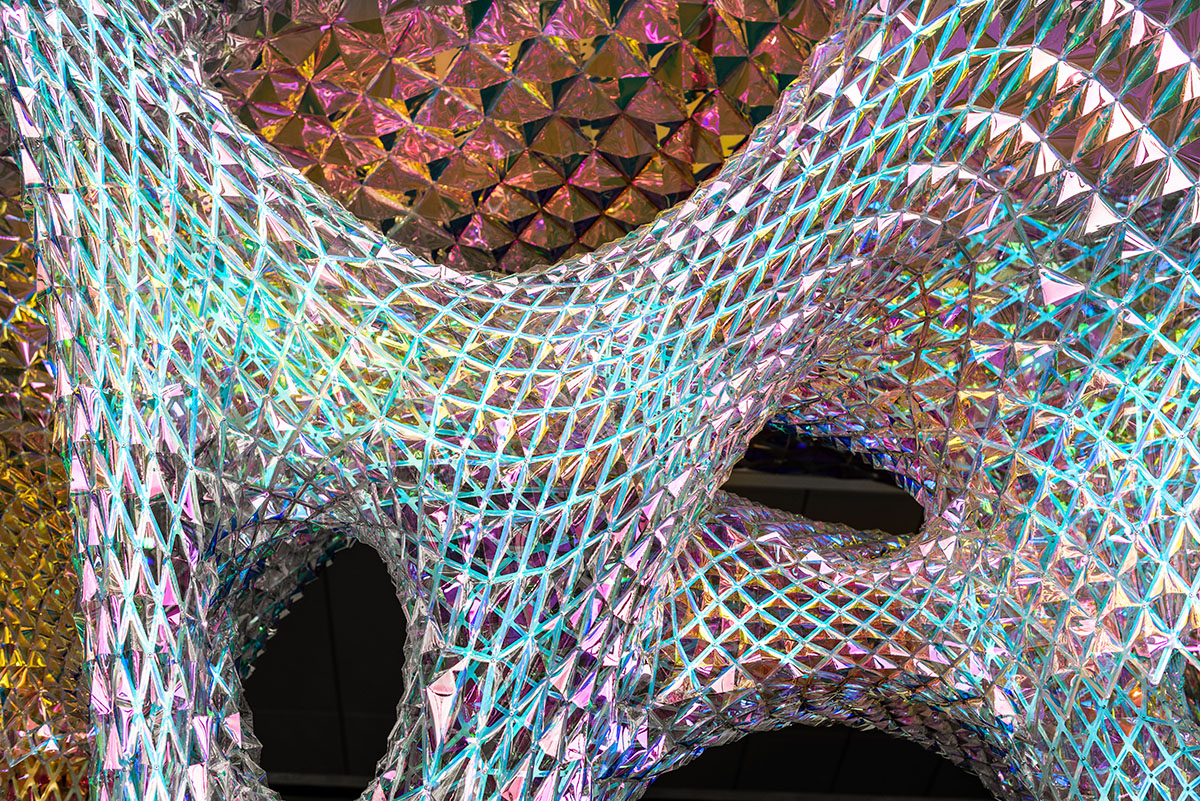 Through the combination of entwined geometry and light, the installations are designed to create a visual vibrancy that comes from the embrace of geometry, materials, and light. Like the weaving of the many cultures found in London and around the world the structures are a reflection on the idea that working together through love and by embracing our differences leads to unimaginably wonderful results.

The geometry for each structure is designed using form finding software to engineer the optimal hanging shape. The structure of each piece is made of thousands of uniquely laser cut aluminum pieces riveted together to form a large net. This net is clad in solar reflective film that redirects the spectrum of light depending on the angle it passes through the surface, both amplifying and colorizing the light in different shades. 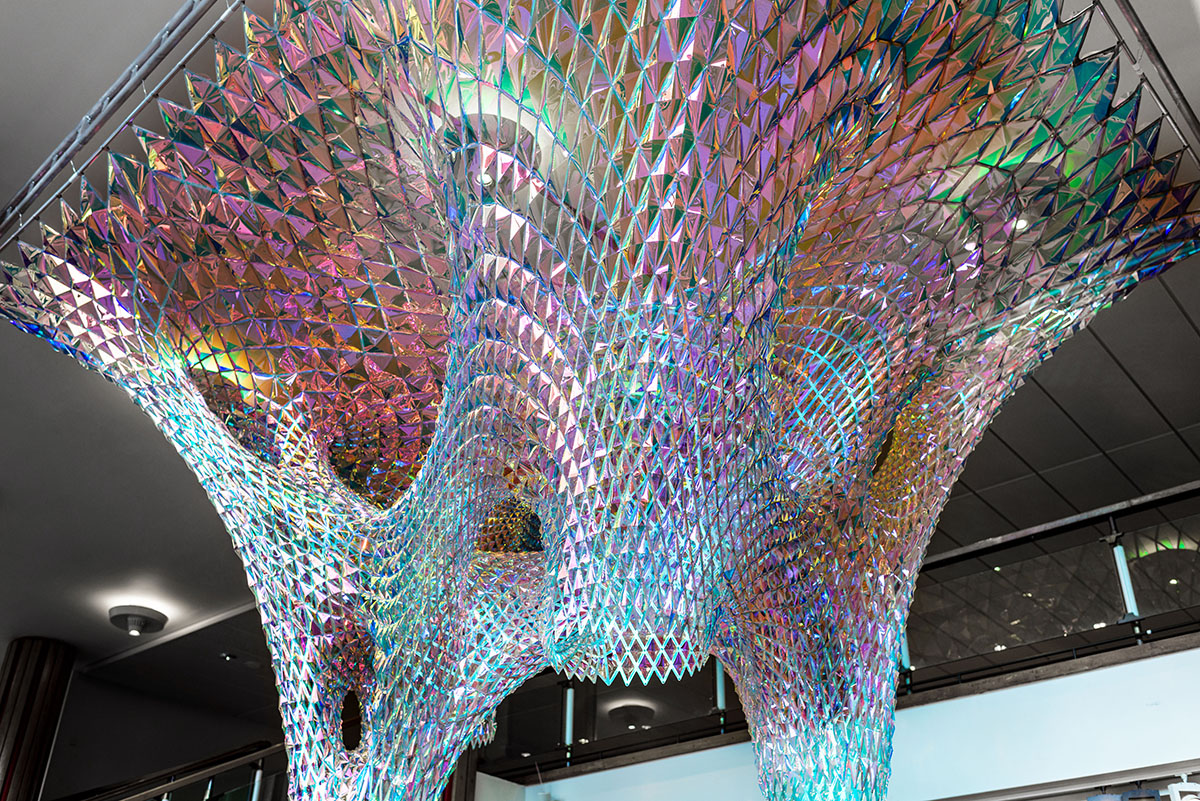 SOFTlab is generally known with its innovative use of materials and technological implementations by using parametric design principles. The studio, led by architect Michael Szivos, mixes researches worth the ideas on a pragmatic design starting from digitally fabricated large-scale sculpture, to interactive design, to immersive digital video installations. 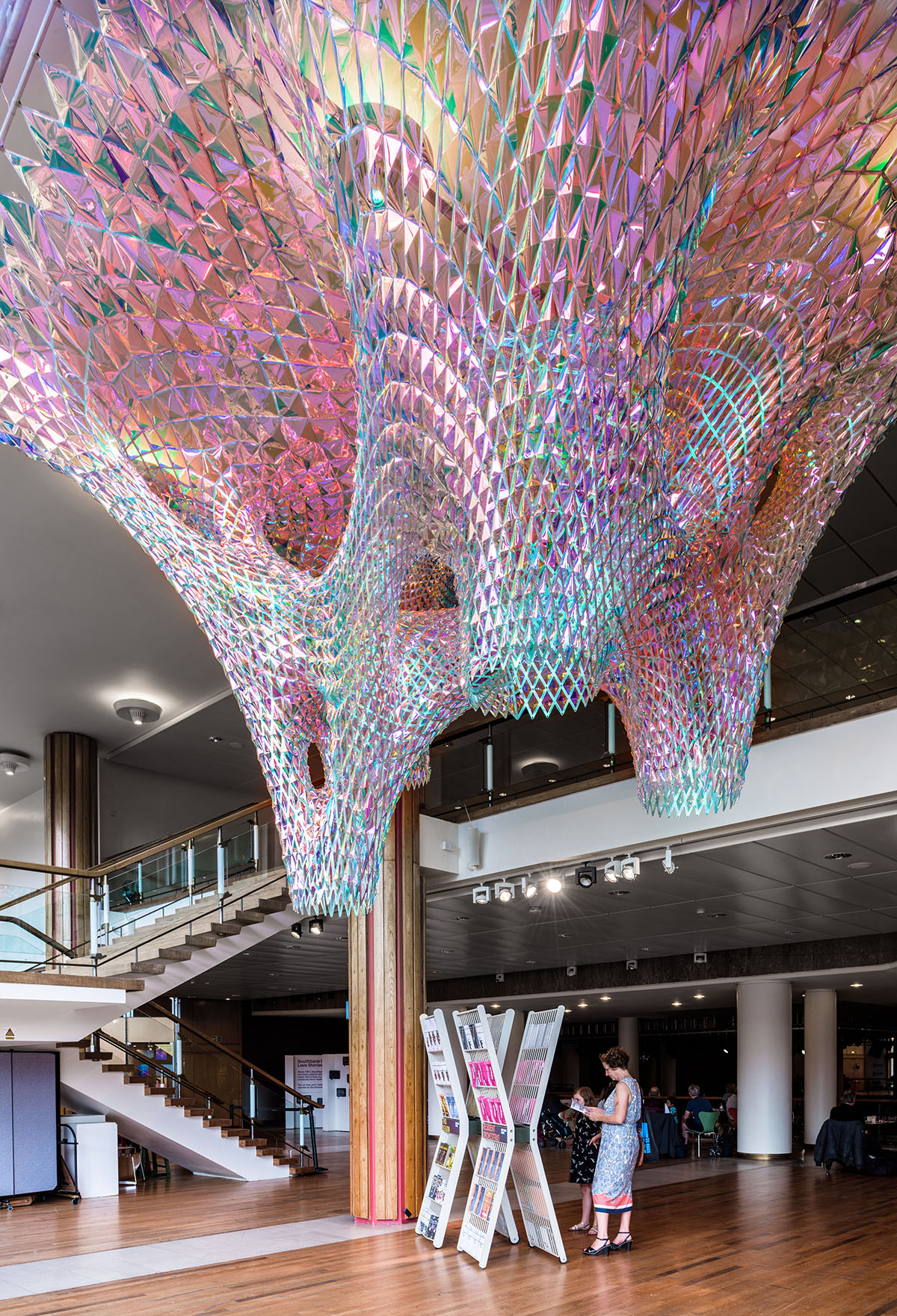 SOFTlab has been involved in the design and production of projects across almost every medium focusing on significant research and experimentation. A percolating 3D-stained glass installation for Behance New York office, Innisfree for Seoul's flagship store, Melissa We are flowers in Melissa Shoe Gallery in New York are just a few projects they designed. 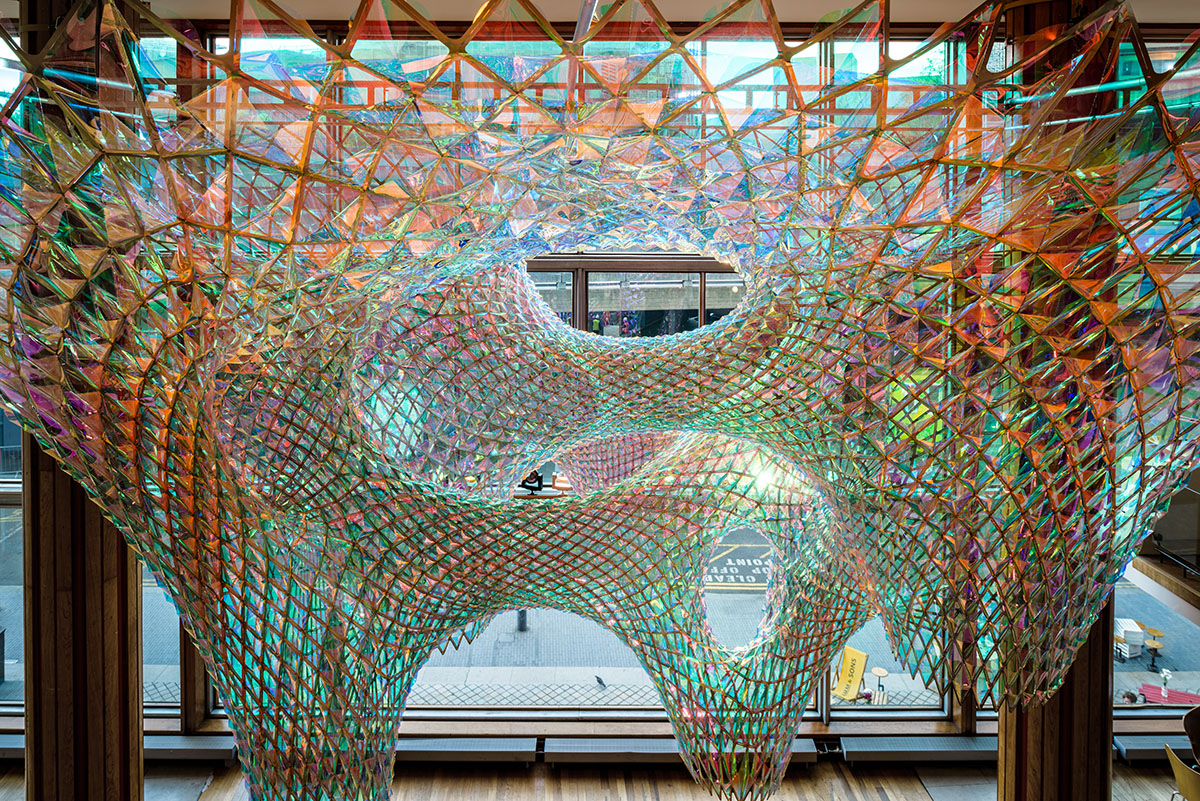 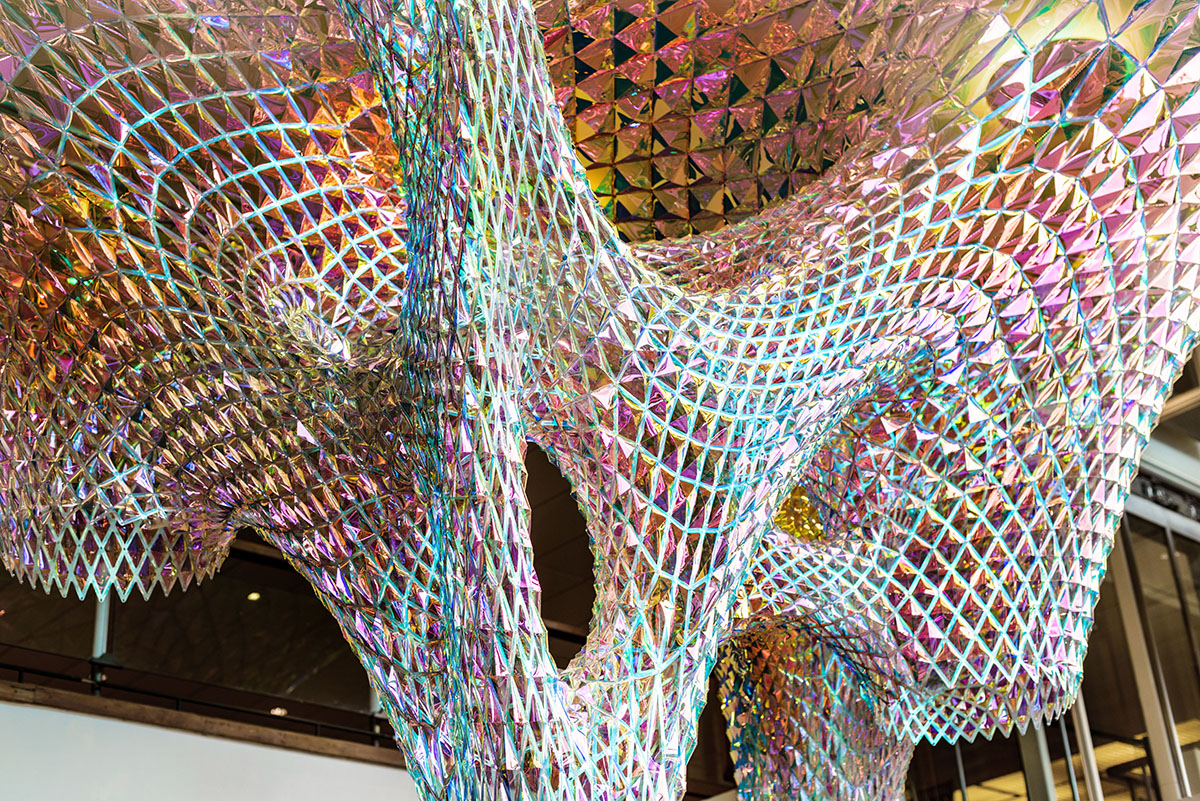 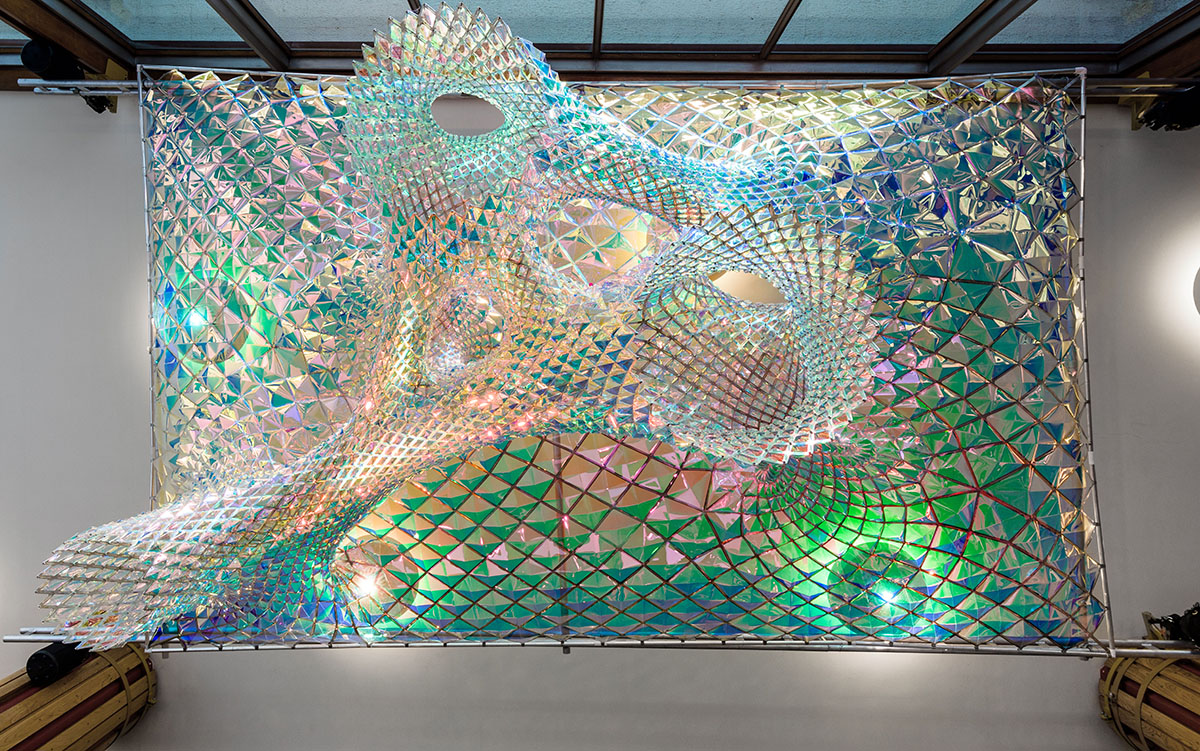 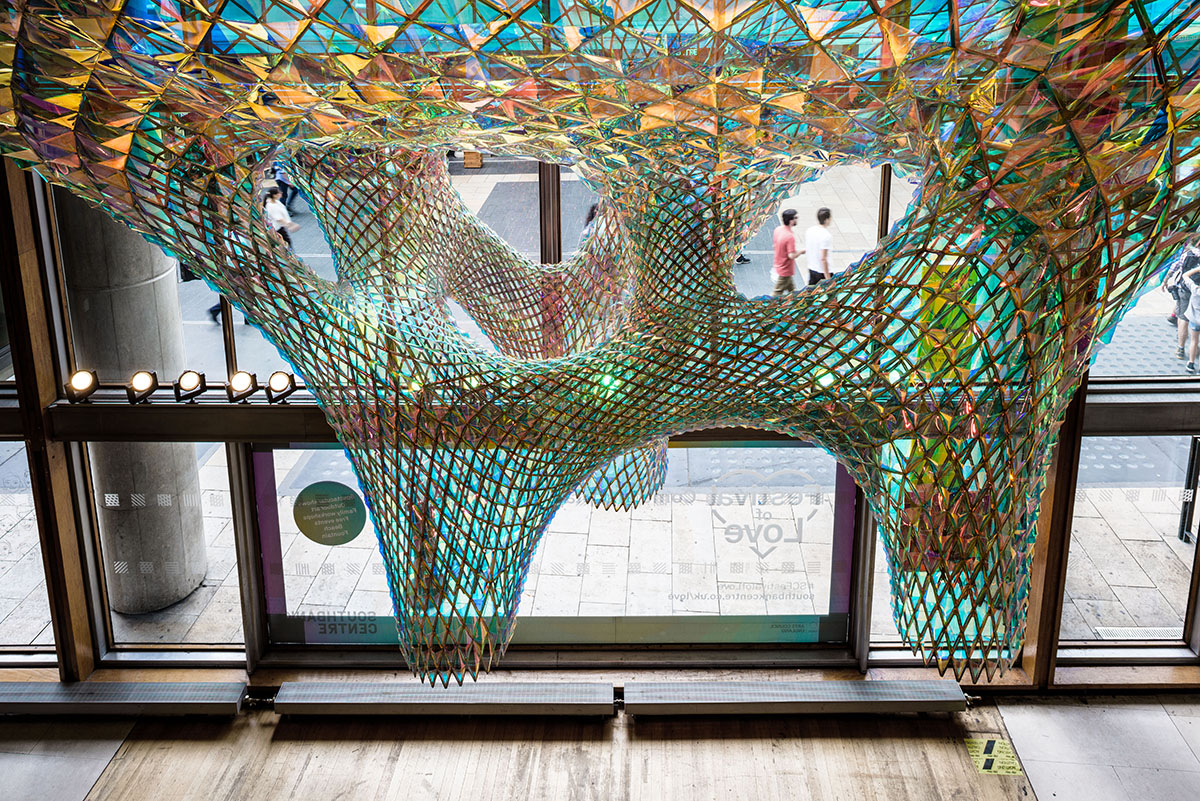