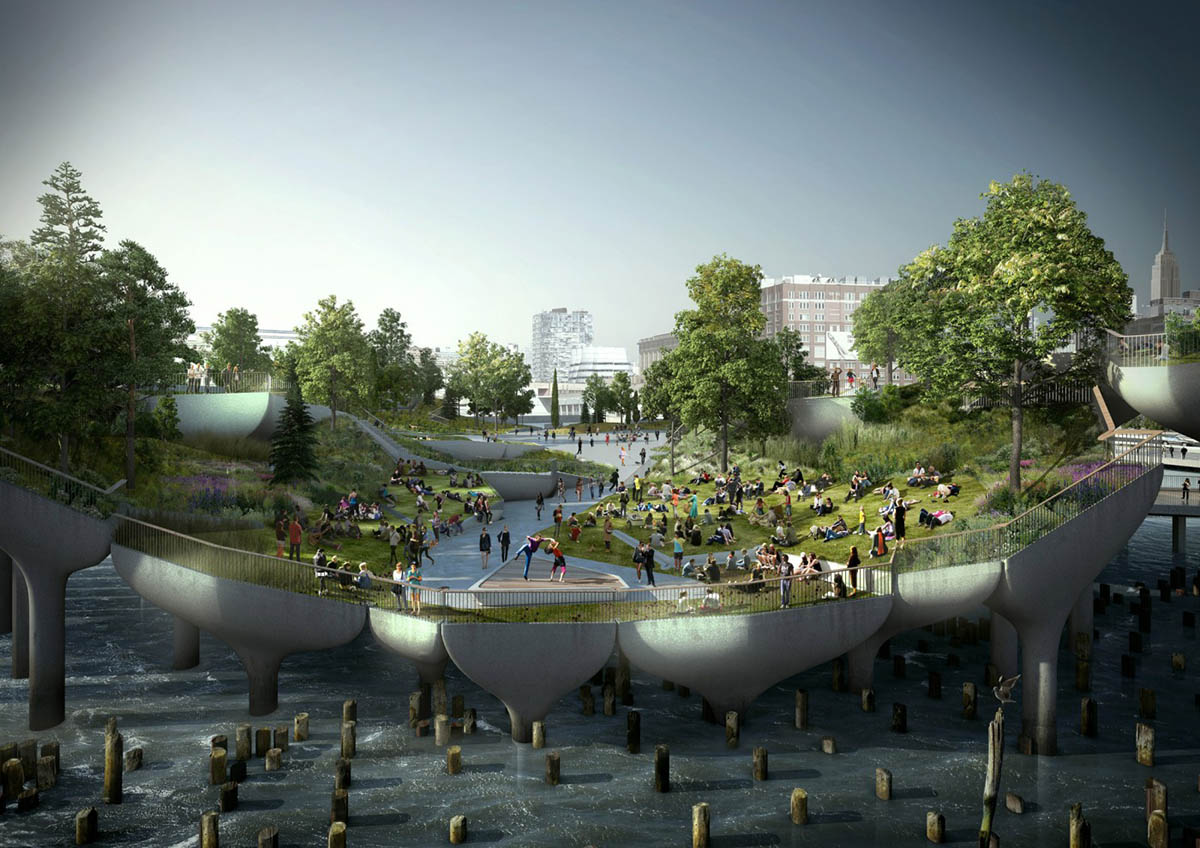 Another speculative project was suspended until September since it didn't study its potential environmental impacts on Pier55. The construction of Heatherwick Studio’a Pier55 was starting this summer, but apparently, it was stopped until the next decision is made by the Supreme Court of New York.

An appellate court on Thursday halted construction on Pier55, a proposed 2.7-acre park that will stand on piles in the Hudson River. Crews had just begun work on the $130 million green space, which is largely funded by media mogul Barry Diller and fashion designer Diane von Furstenberg.

The opponents, led by the City Club of New York, filed suit in state Supreme Court in June 2015, arguing that the Hudson River Park Trust, the entity that manages and operates the park, did not go through the proper channels to launch the project and didn't adequately study the potential environmental impacts of Pier55. While a Manhattan judge tossed out that suit in April, the club appealed. A state appellate court issued a preliminary injunction and ordered work to stop until the case is heard in September and a ruling is handed down.....Continue Reading