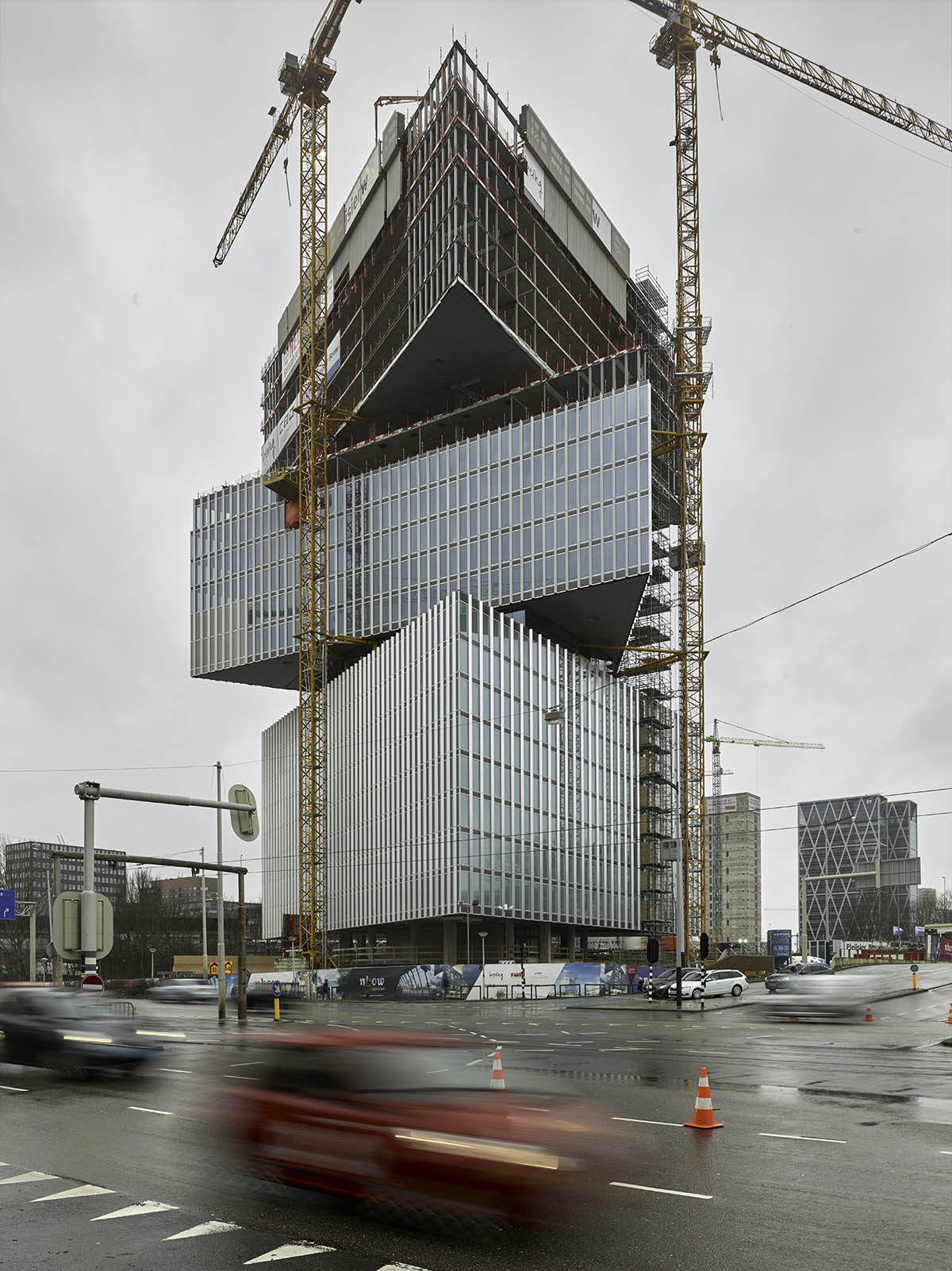 OMA has released images for the nhow Amsterdam RAI Hotel, showing that the building takes shape as its mega triangular volumes are almost completed.

The project is led by OMA Partner Reinier de Graaf, Dutch architect, architectural theorist, urbanist and writer, De Graaf released his book "Four Walls and a Roof: The Complex Nature of a Simple Profession" in 2017.

The recent photographs show that the building has reached its highest point of construction at a height of 91 meters. nhow Amsterdam RAI Hotel will reach 25 floors and include 650 hotel rooms. The building will be the largest hotel in the Benelux. 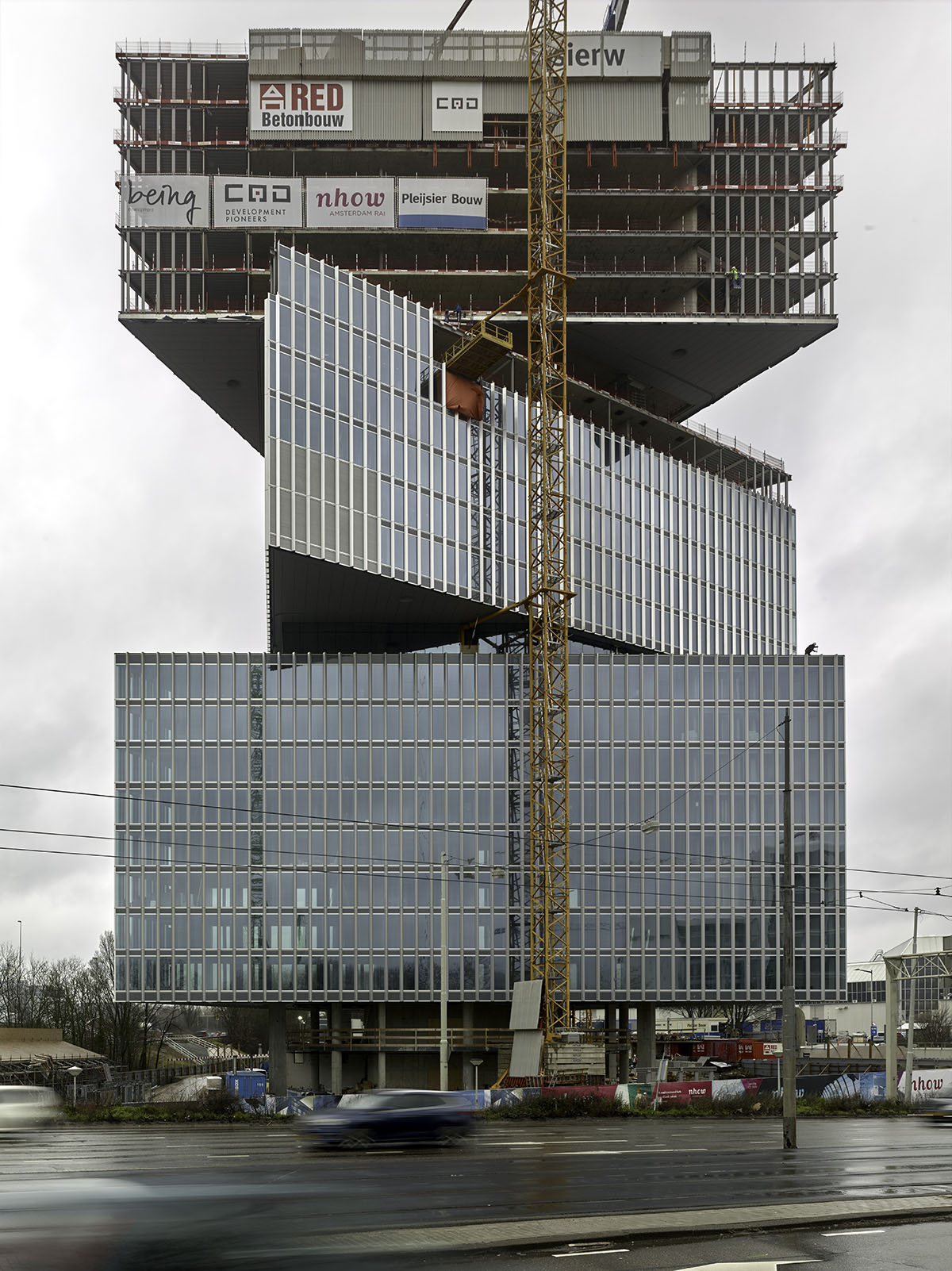 Located next to the RAI Amsterdam Convention Center, and connected via an underground concourse, nhow Amsterdam RAI will be a high-quality headquarter hotel for visitors, exhibitors, speakers and organizing teams onsite.

"Amsterdam taxi drivers are the kind of people who tell you their honest opinion. Whenever we pass the RAI Nhow Hotel, their unsolicited comments are positive without exception. As the architect, I take this as a big compliment," said Reinier de Graaf. 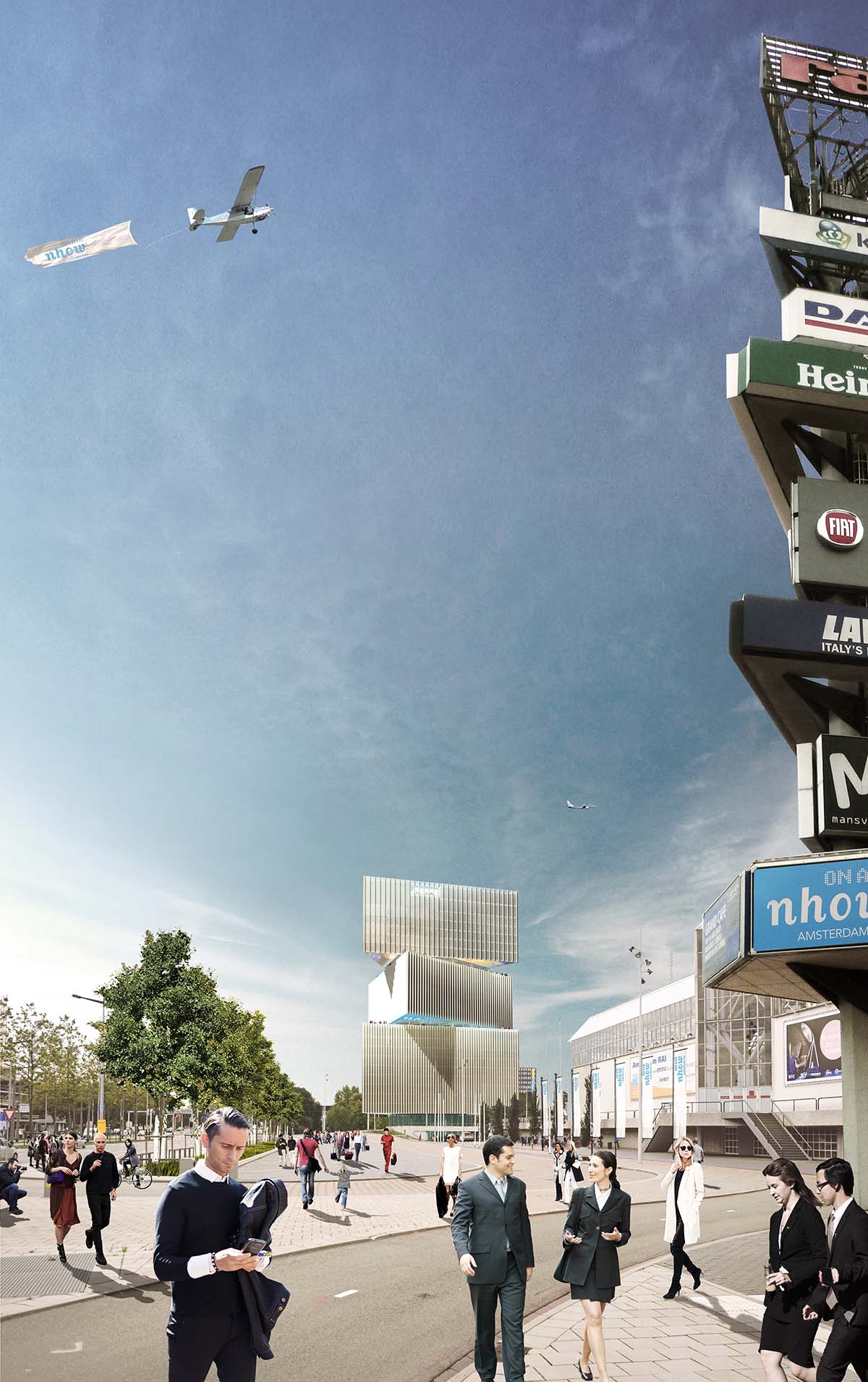 The building is characterized with its three shifted triangular volumes, stacked in such a way that the floor plan of the building rotates 60 degrees with each ascending volume. The architect takes inspiration from the once-famous triangular advertisement post called ‘Het Signaal’ (The Signal) on Europaplein, the square in front of the RAI.

The hotel’s facade is made of aluminum and a filling of glass panels. The building has 24 floors, of which 19 floors are occupied by the hotel, each floor accommodating 24 to 36 hotel rooms. The hotel lobby is spread over two floors, with separately rentable retail spaces on the ground floor and a hotel lounge and bar on the first floor. 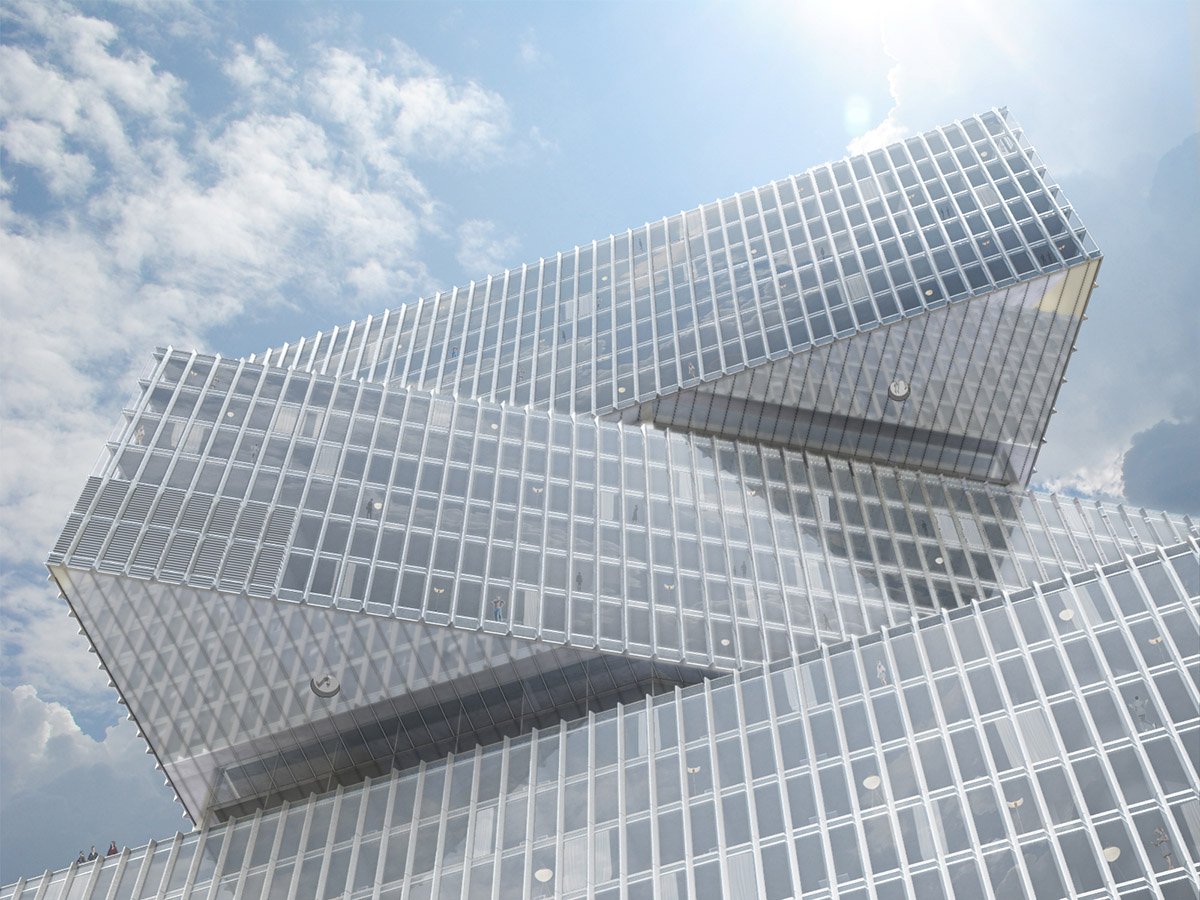 At the Eastern side of the building, there is space for the loading and unloading of goods, taxi stands, a drop-off for bus passengers and access to the parking in the basement. Its two storey basement will contain 200 parking spaces, technical installation areas and a large part of the so-called "backofhouse” program of the hotel.

The building hosts public and semi-public facilities on its top floors, which are accessible through a lift from the hotel lobby and provide a spectacular panoramic view of Amsterdam. This area, named On Air, includes meeting and conference rooms, lounges and a broadcasting studio, from which a daily television show can be recorded. On Air is accessible both for hotel guests and other visitors. 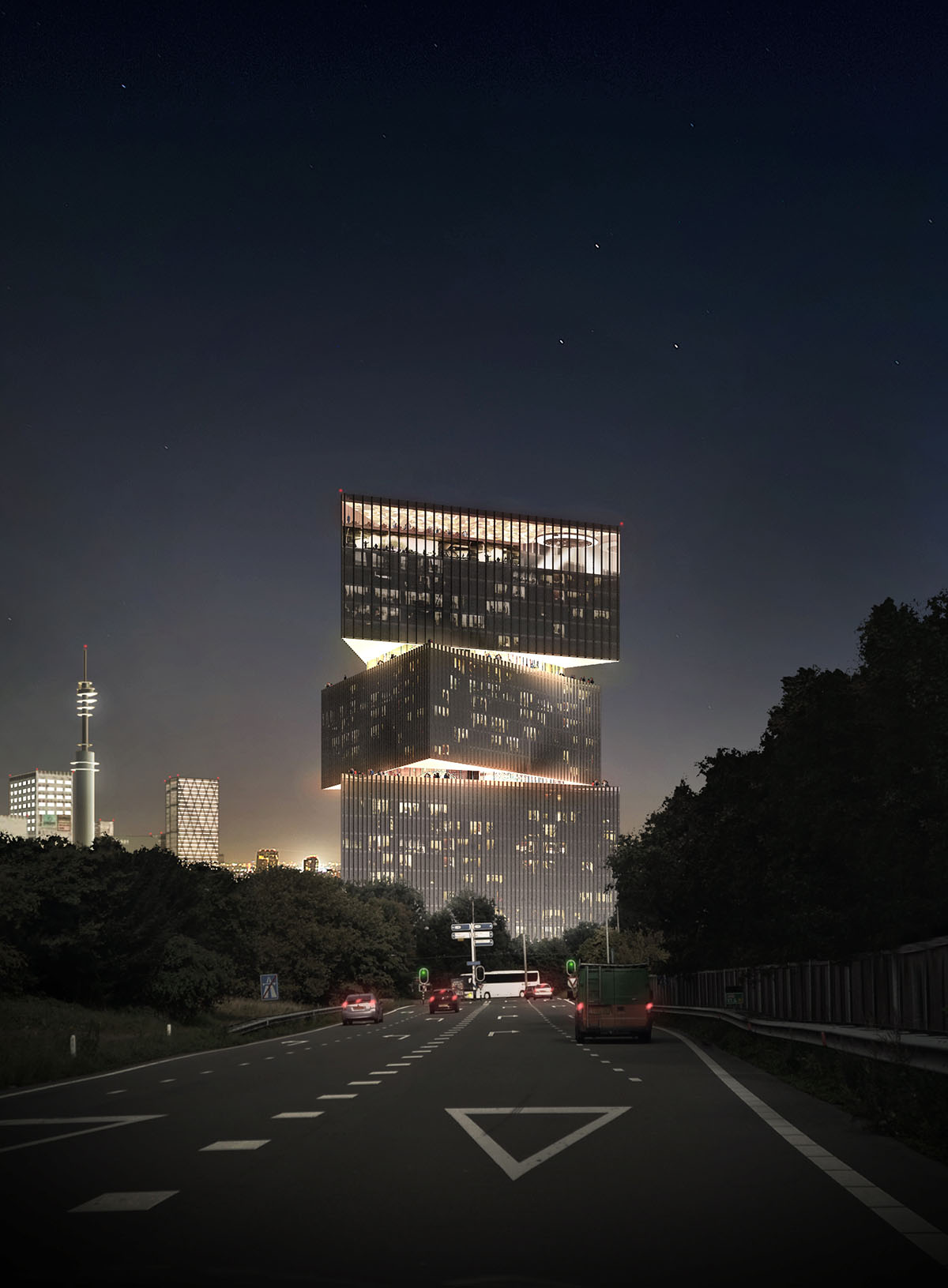 Nhow Amsterdam RAI hotel further integrates the RAI convention and exhibition centre into the Zuidas, also through the incorporation of the dense flows of pedestrians, cyclists and automotive traffic that traverse the site.

Gert-Wim Bos from COD said: "The building looks astonishing and already makes welcome addition to the Amsterdam skyline. This has been an immensely complicated project, but we are delighted with the progress made. We are on track for an early 2020 opening.” 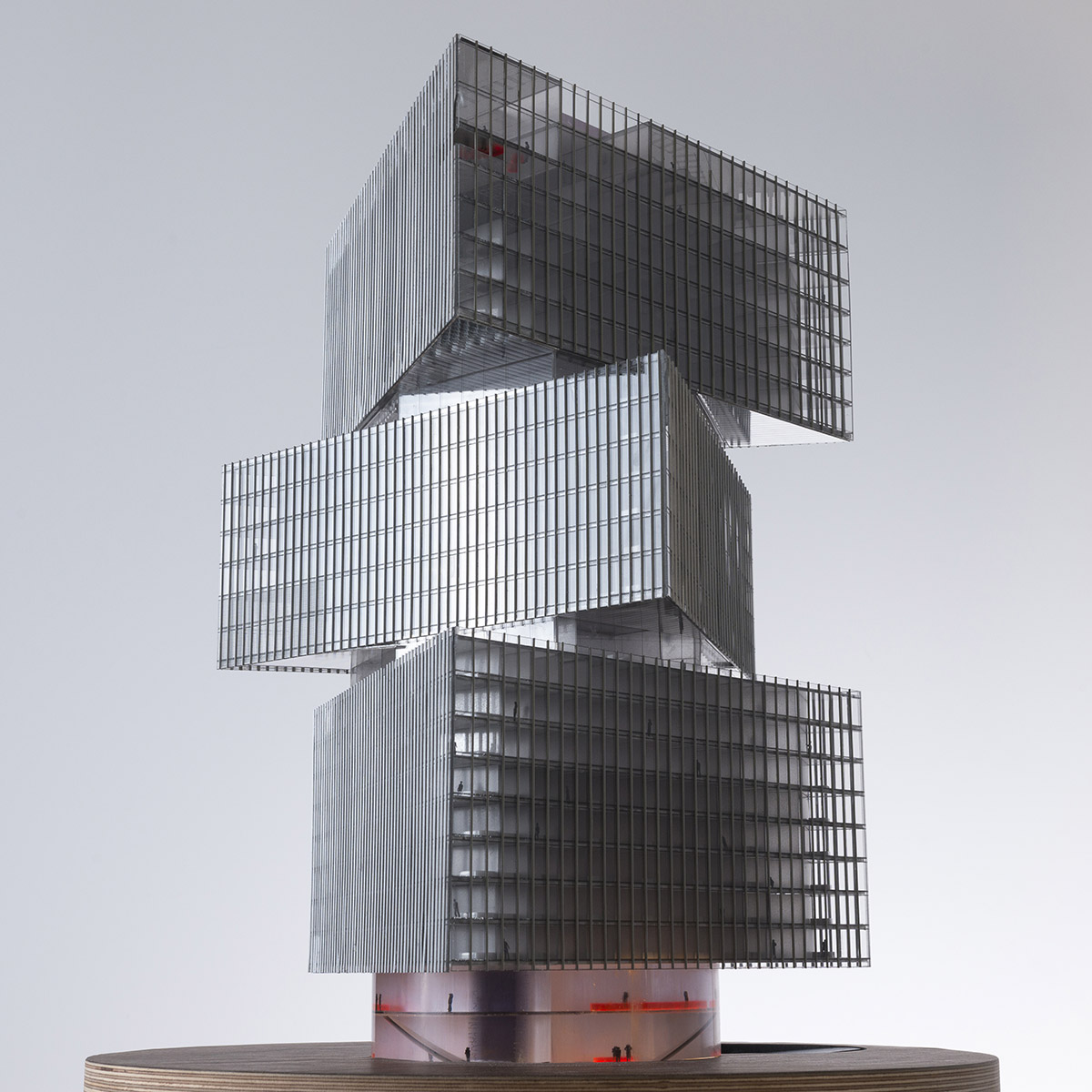 "The topping out ceremony is a culmination of a lot of hard work by the team, there were a lot of challenges with this project, which required everyone involved to pull together to make it happen, it is great to see that the end is finally in sight," said Bas van Dam, CEO at Being Development.

The project is developed by COD with Being Development, and is expected to open to the public early 2020. 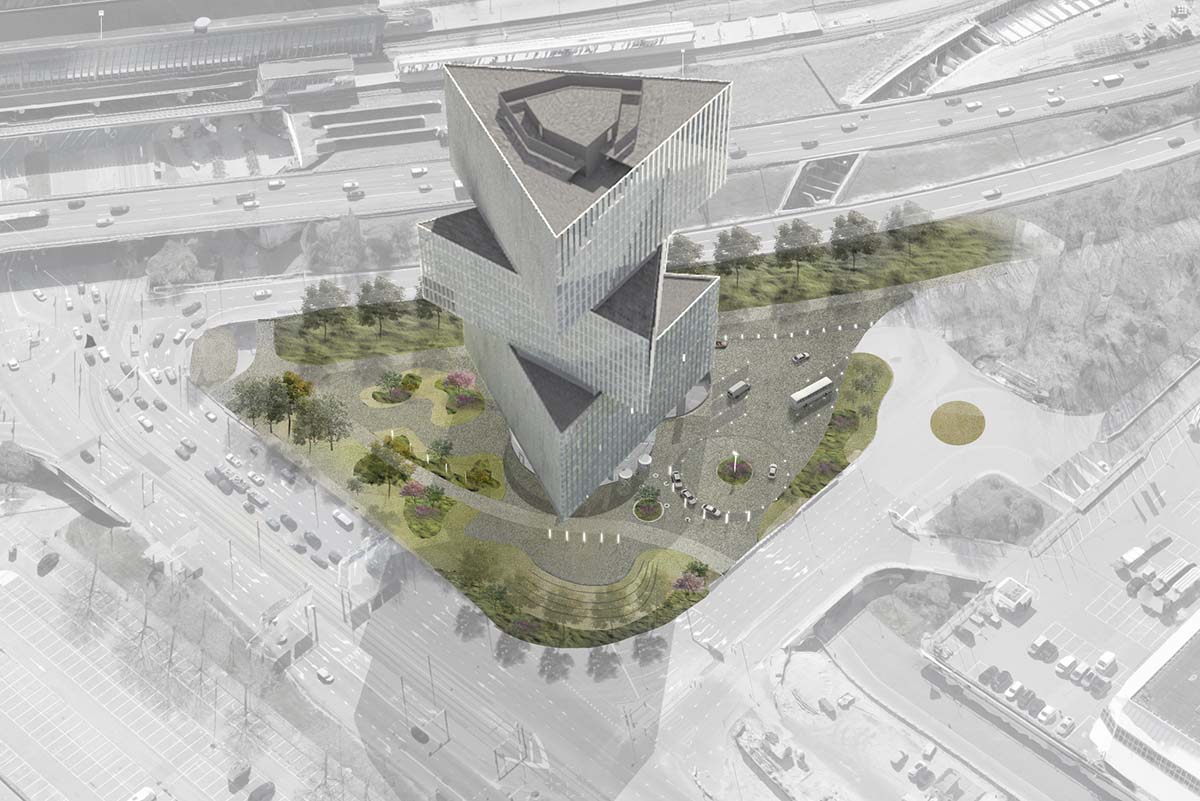