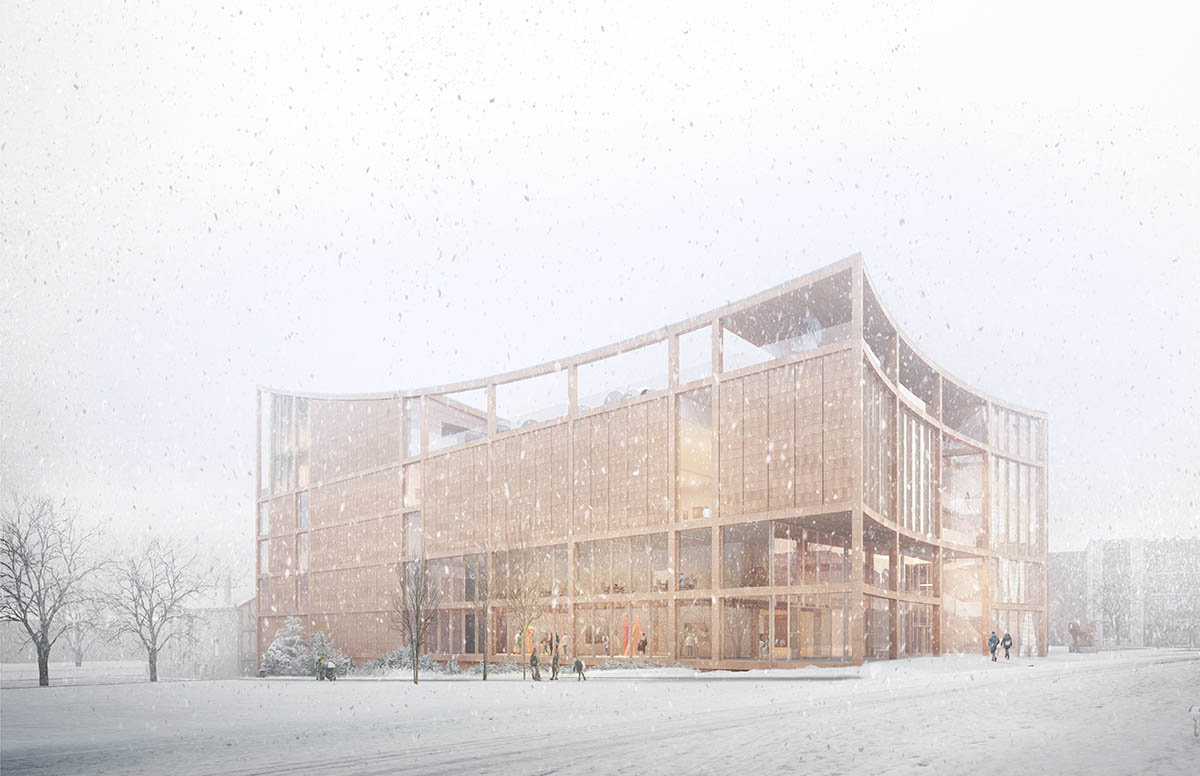 Portland and Los Angeles-based architecture studio Lever Architecture has been selected for the unification and expansion plans of the Portland Museum of Art (PMA) in Portland, Maine, United States.

The winning proposal has been selected folowing an international architecture competition launched in June 2022 for the Portland Museum of Art expansion in which the four finalists were announced in November 2022.

The project will be built from sustainable mass timber reflecting the PMA’s values and goals and embracing the history and future of Portland, of Maine, and of the region. 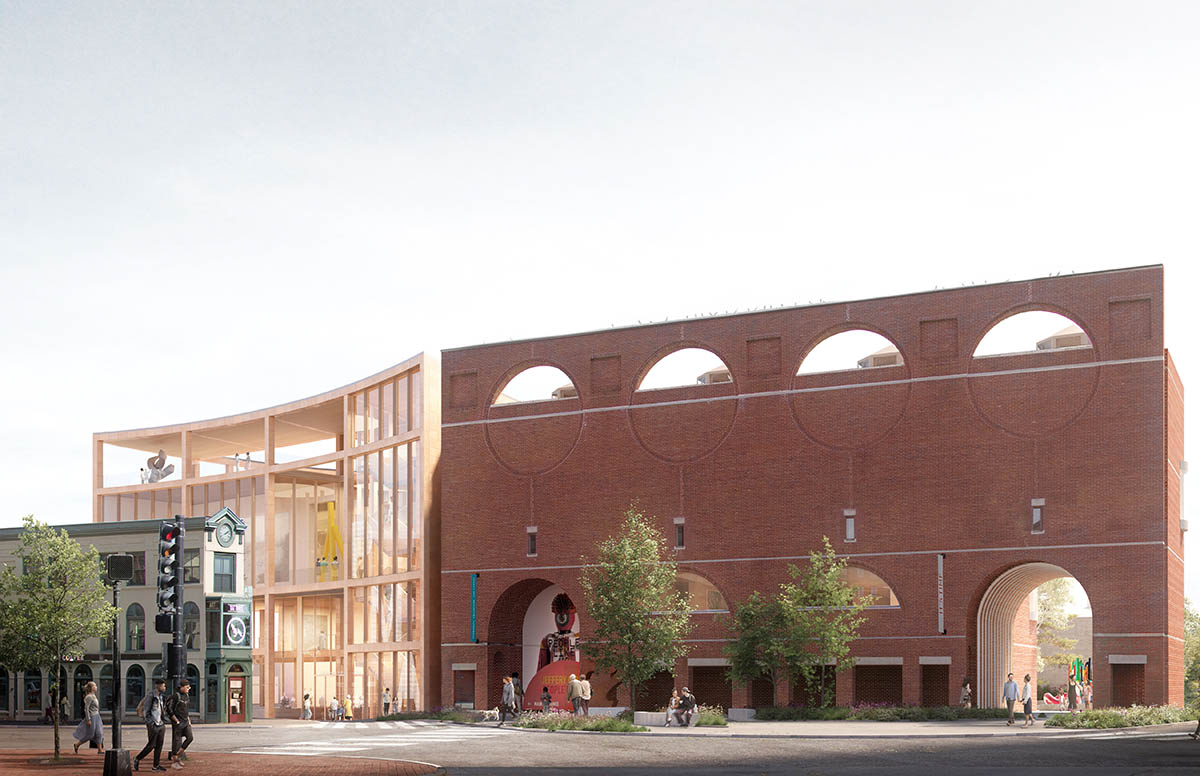 The unification and expansion project, named The PMA Blueprint, will be the museum’s first expansion in its more than 40-year history.

The $100 million project aims to unify the museum’s downtown Portland, Maine campus through the construction of a new building at 142 Free Street. 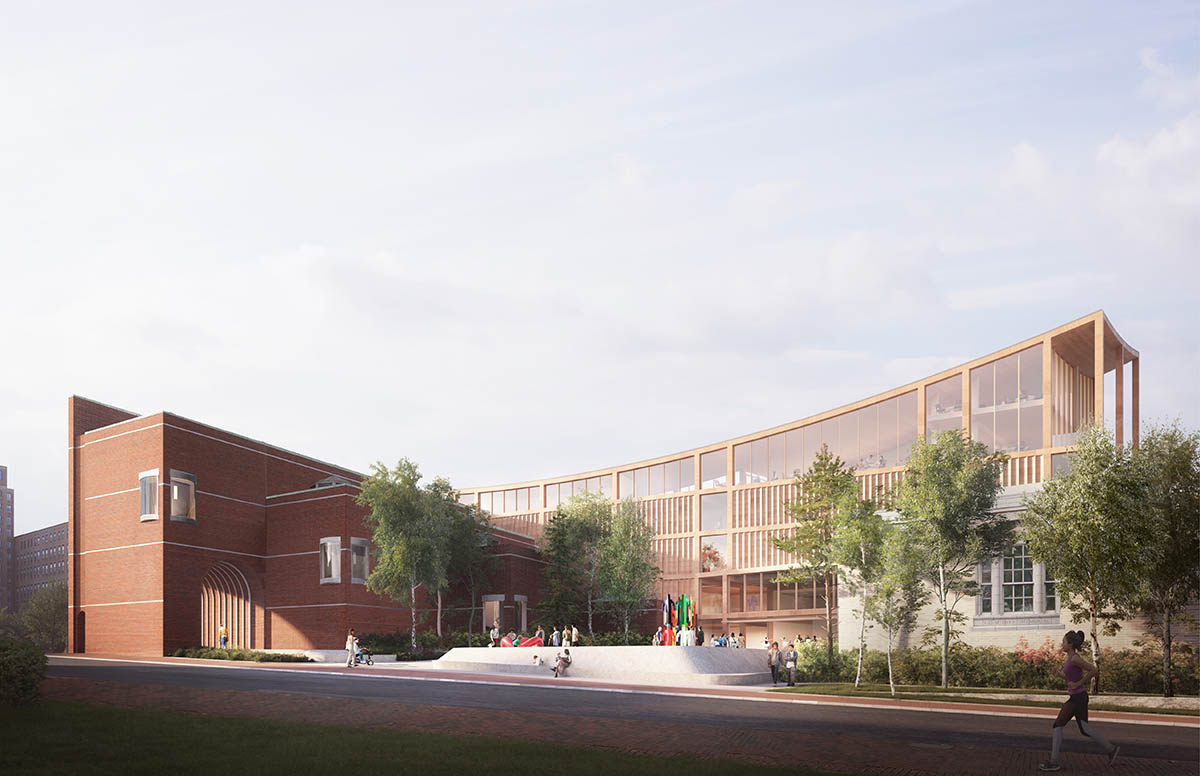 "The PMA's competition brief was a challenge to the very definition of what a museum is," said Lever Principal, Chandra Robinson.

"It was a call to action to designers around the world to question what it means to truly design for people, for communities, and for a specific place in the world."

"We would not have been able to challenge the idea of a museum without conceptualizing a new model of inclusive participation. Our teams' perspectives on Wabanaki culture, community engagement, and universal accessibility were at the root of this design process," Robinson added.

Set to be built at the site of 142 Free Street, the team will use terracotta and glass on the façade, referencing to Maine communities, history, and culture.

The team proposed a curved roofline, framing the rising and setting of the sun to honor Maine’s Wabanaki communities (Abenaki, Maliseet, Micmac, Passamaquoddy, and Penobscot Nations) and the land they call Wabanakik, or Dawnland. 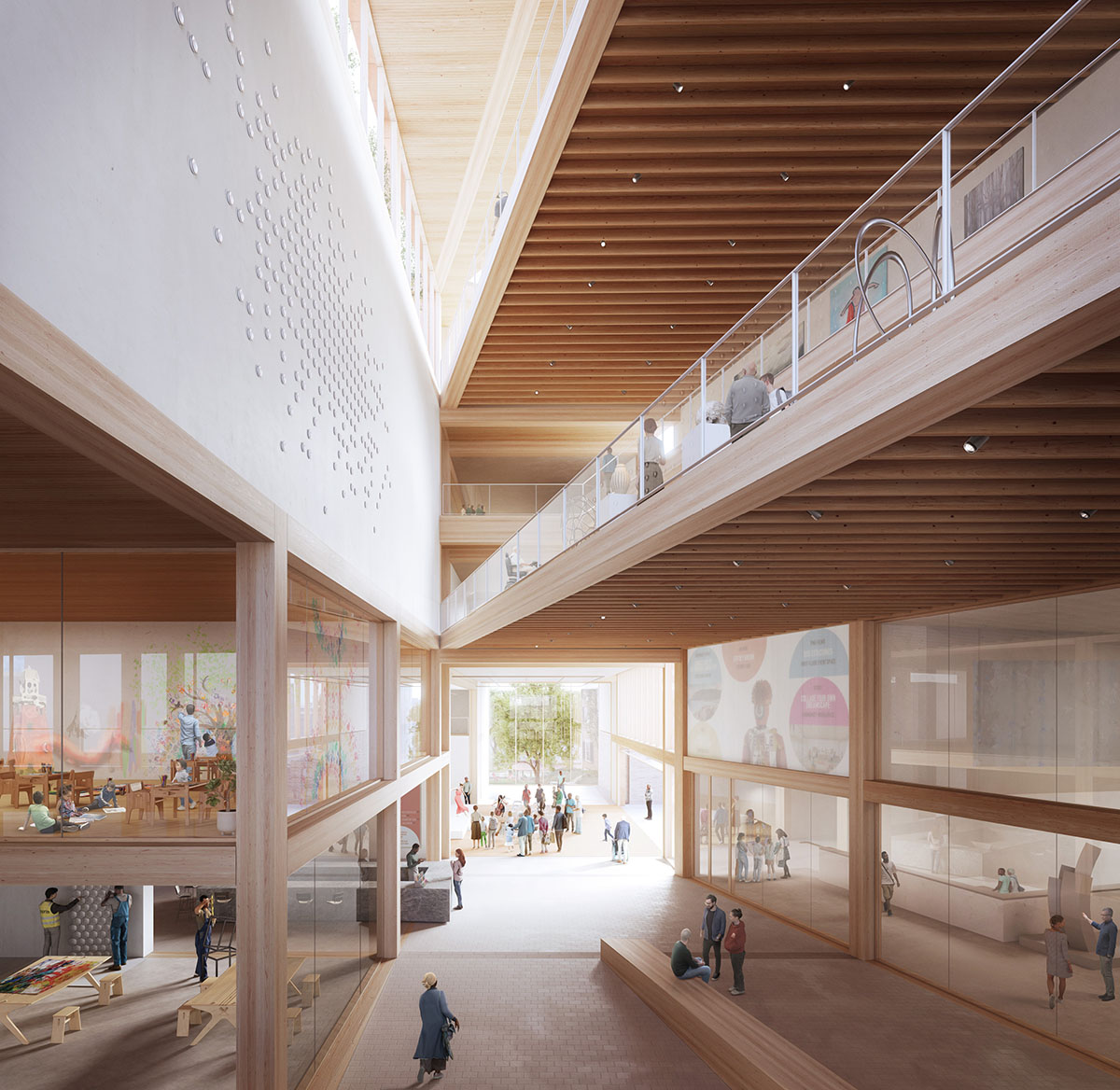 To reference to Maine’s history and the state’s lumber industry heritage, the team prefers to use mass timber due to the strength, durability and sustainability of the material as well as its carbon-sequestering feature.

"Other sustainable building materials and practices, such as geothermal energy, will be explored as the project moves into future phases," stated the Portland Museum of Art.

"We are humbled to work with this visionary institution and create a new museum that truly embodies the mission of Art for All,” Robinson continued.

"Maine's natural beauty and welcoming community have been such an inspiration to the team, and we cannot wait to create a new museum that takes a giant step into the future and brings us all to a time and place that celebrates how art and the human spirit are intertwined," Robinson added.

"This is one of the most significant moments in the PMA’s 140-year history," said Mark Bessire, the Judy and Leonard Lauder Director of the Portland Museum of Art.

"Lever, and the team they have assembled, have demonstrated that they care deeply about our region’s future, our unique arts culture, and the needs of our communities. They share our values of courage, equity, service, sustainability, and trust, and we can’t wait to work with Lever and our communities to imagine Maine’s next great landmark," Bessire added. 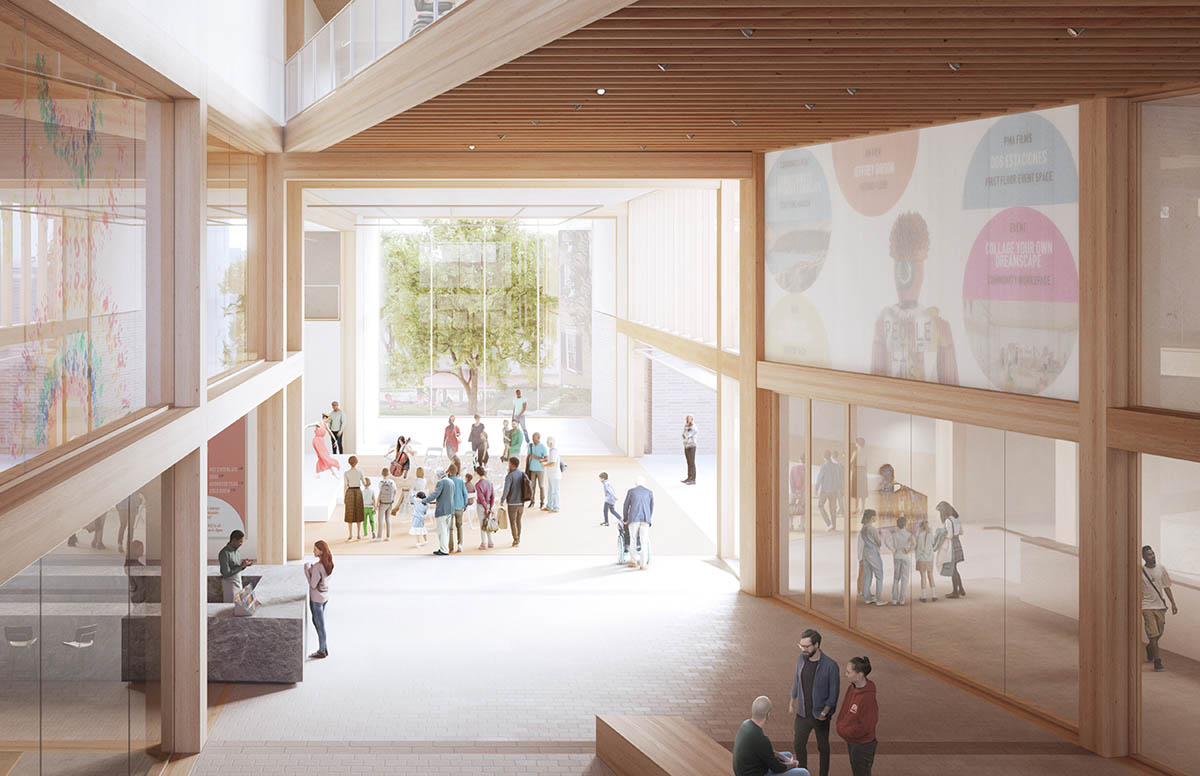 The PMA stated that "Lever Architecture was selected by a diverse Jury after a monthslong process that included site visits, presentations, a public forum, and community feedback opportunities."

"The Jury, comprised of arts, business, and cultural leaders, resoundingly chose Lever due to their creativity and imagination, skill and expertise, team composition and culture, and sustainability and vision," the PMA continued.

Additionally, the jury considered feedback from the public, who submitted more than 2,000 ideas, questions, and comments to the PMA during the concept gallery display November 18–December 31, 2022.

Lever Architecture's proposal was selected from among 104 submisisons in an architecture competition developed and led by Dovetail Design Strategists. 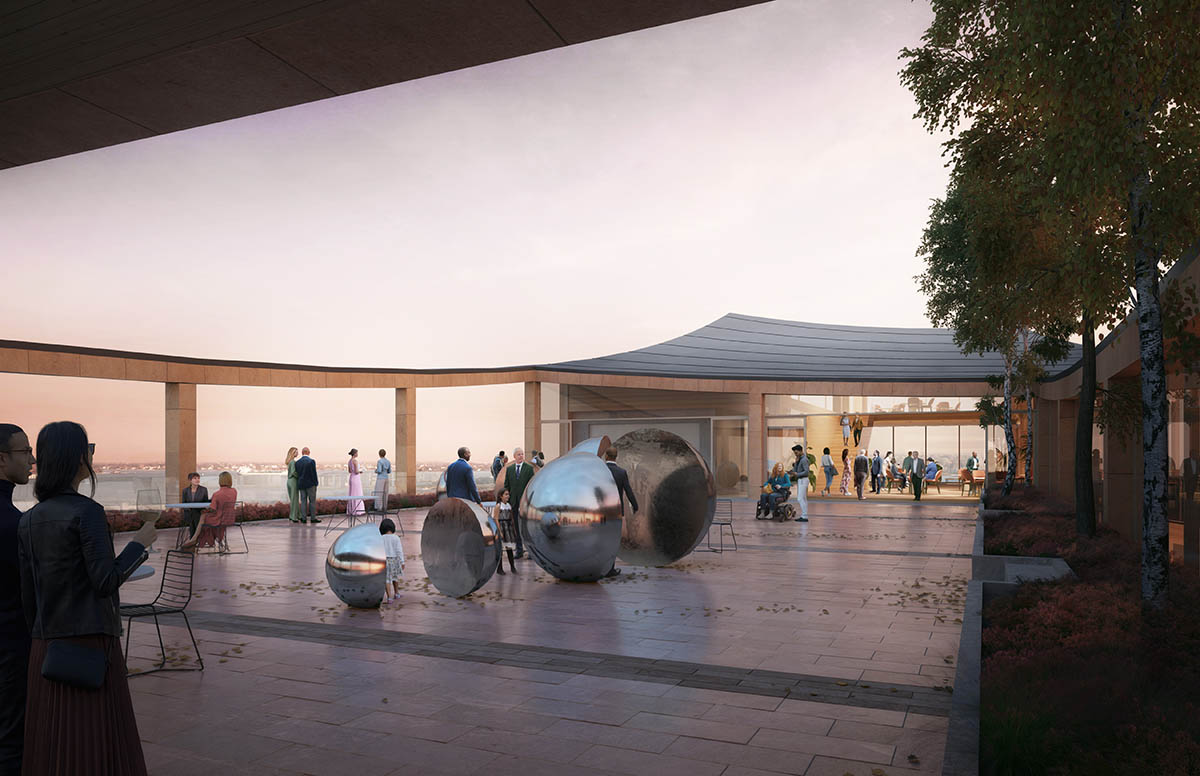 Lever Architecture will now begin the process of designing a new museum wing, as well as improvements to unify the PMA’s existing campus of four architecturally significant buildings located in the heart of Portland, Maine.

In the next phase of the project, Lever and the PMA will develop a final design only after many more months of discussion, community engagement, and partnership.

"Throughout the design competition, the PMA reiterated that the designs were concepts only, meant to provide insight into the teams’ visions, culture, and ideas. In selecting Lever Architecture, the museum is choosing the team it believes will partner with the PMA and greater Portland, Maine, to develop the next great Maine landmark and deliver on the promise of Art for All," stated the PMA.