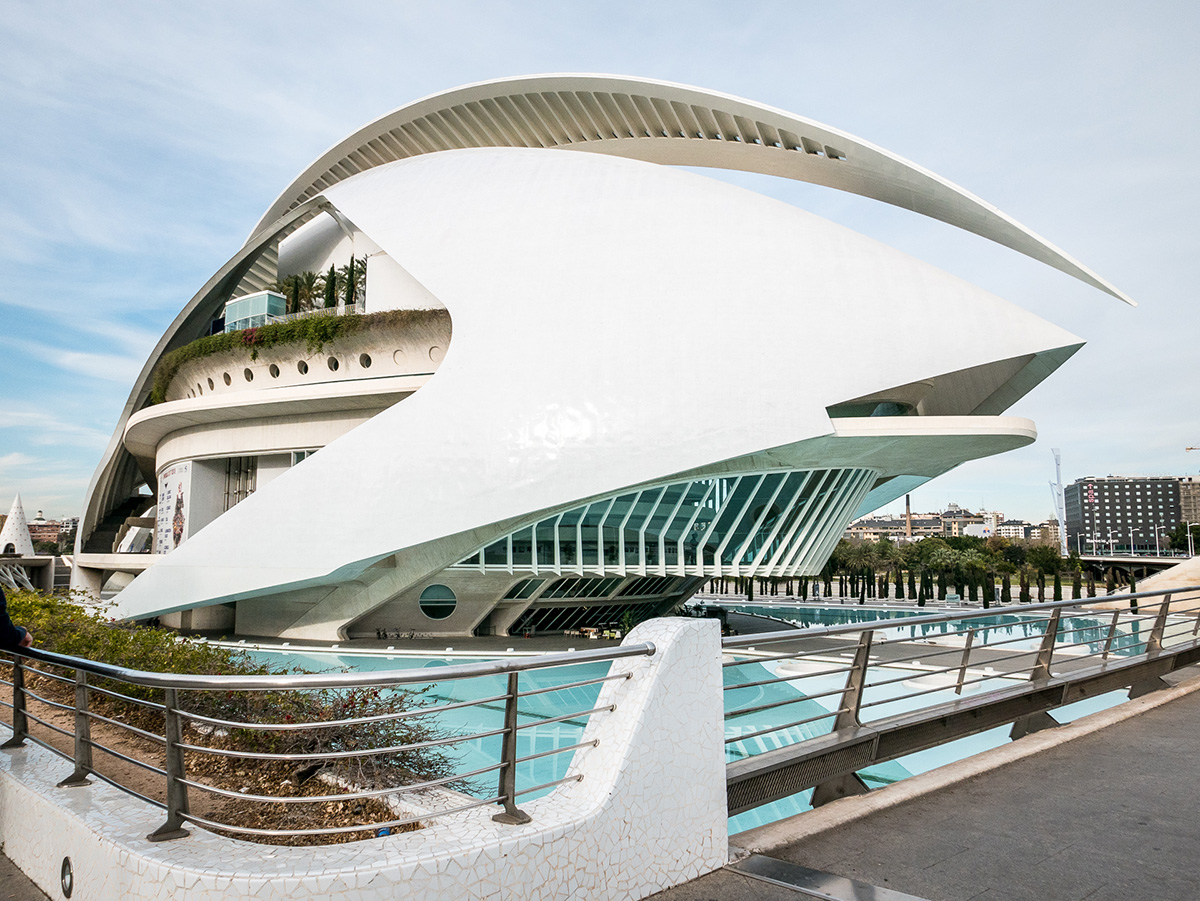 French photographer Gauvin Lapetoule has captured Santiago Calatrava's City of Arts and Sciences in Valencia, Spain - the newly-released images elegantly capture the whole cultural complex and its details showing how it explodes in night. 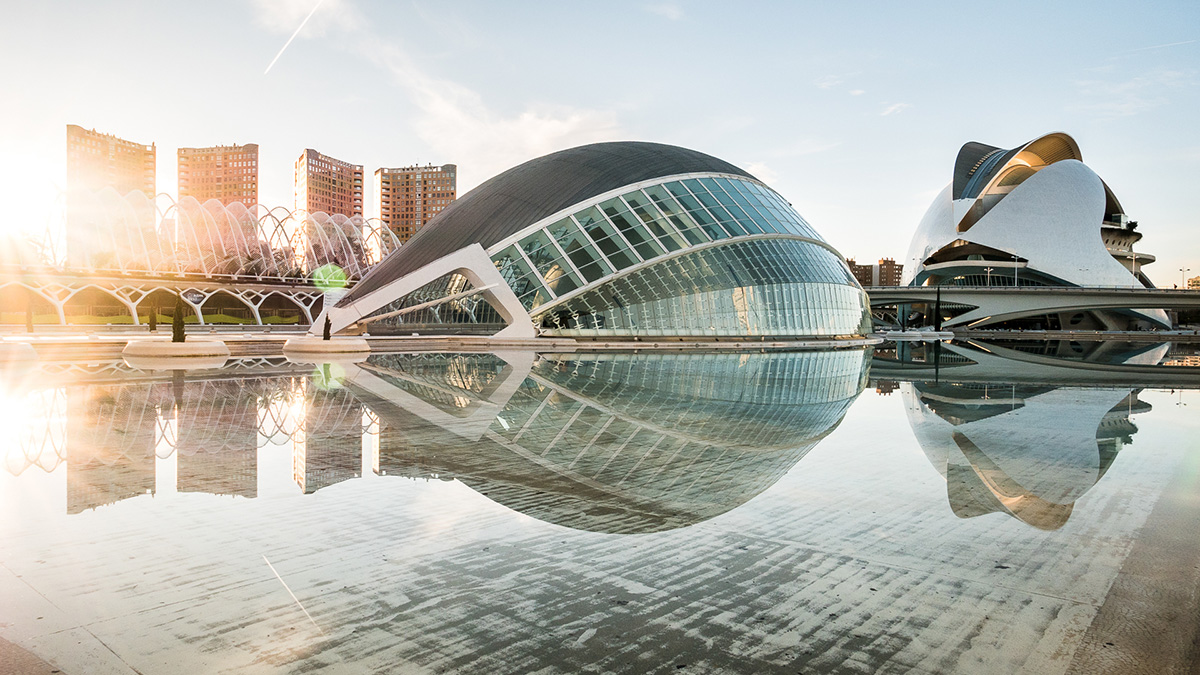 Calatrava's cultural complex, opened in the architect's hometown in 2005, is comprised of three major buildings, as part of a linear composition: The Opera House at the western end of the site, the Planetarium/IMAX Theater (Hemispheric Theater) and the Príncipe Felipe Science Museum at the eastern end. Another structure, known as L'Umbracle, is a promenade and parking garage, built within an open arcade that is a contemporary reinvention of the winter garden. 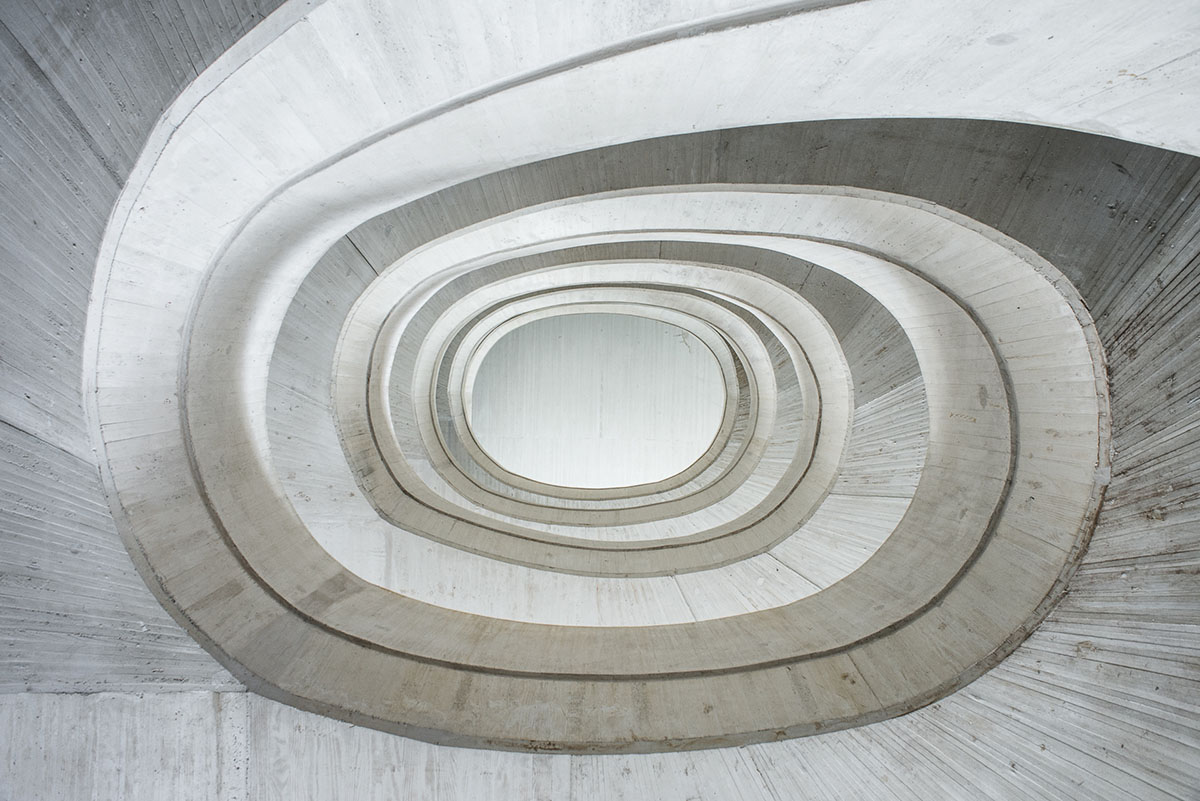 Designed as dynamic urban landmark in the city, each volume presents a distinctive architectural identity representing its own program. The first major component was designed as The Valencia Opera House in the whole setting: the building serves as both a major performing arts facility for Valencia and as a striking urban landmark, helping to consolidate and animate the area in which it is built. 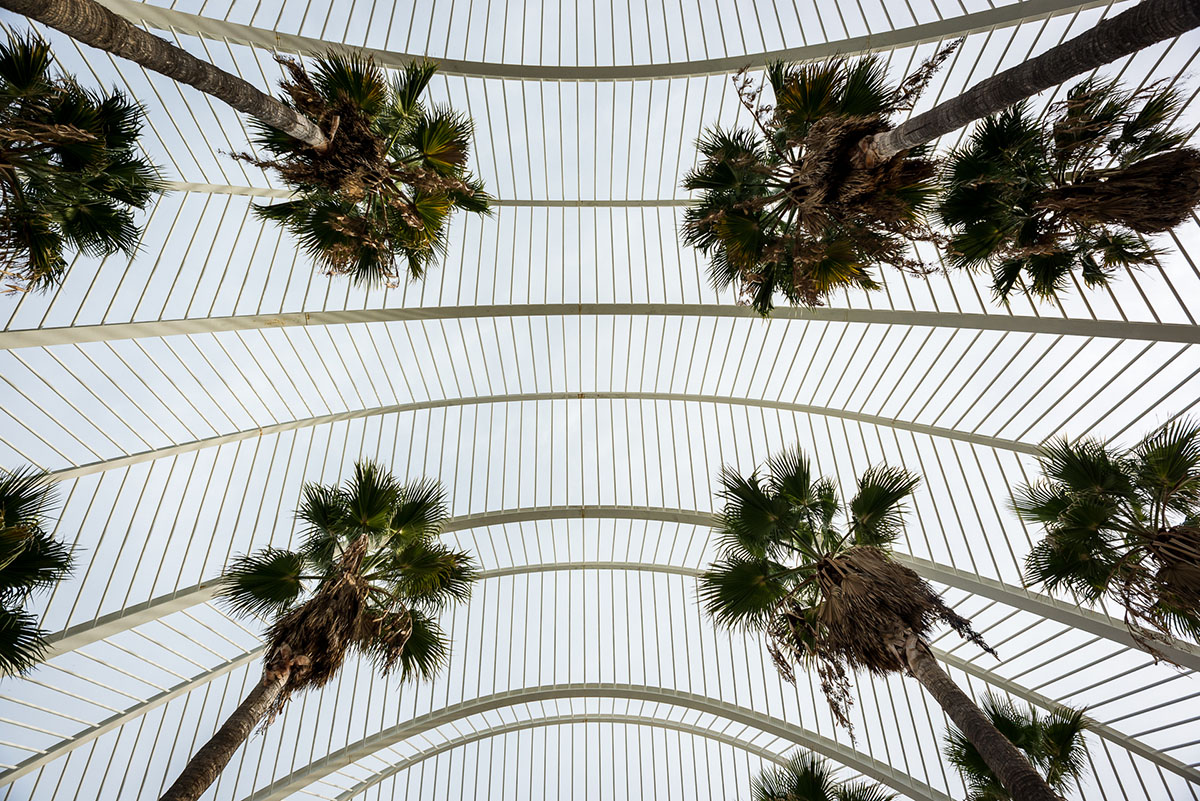 The building's program consists of a 1,706-seat auditorium, which is suitable for opera productions as well as concerts and ballet; a 380-seat chamber music hall for ensemble performances, drama and other events, lectures and meetings.

The auditorium seating up to 1,520 people, equipped with advanced film and video projection systems, offering the possibility of viewing performances on special video screens. 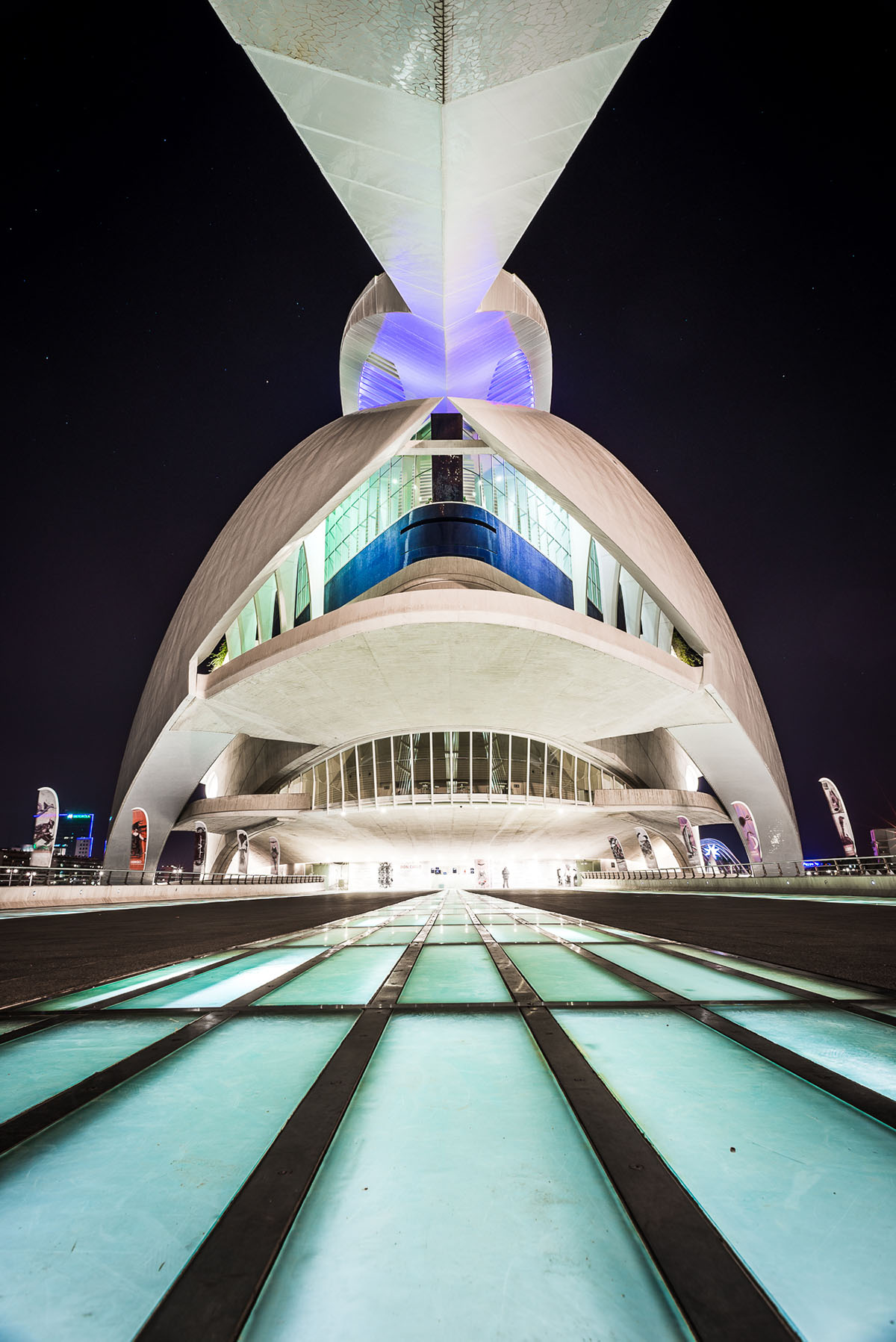 The Valencia Opera House is conceived as the final element in the City of Arts and Sciences complex, designed by Santiago Calatrava on an 86-acre site along the dry bed of the Turia River. 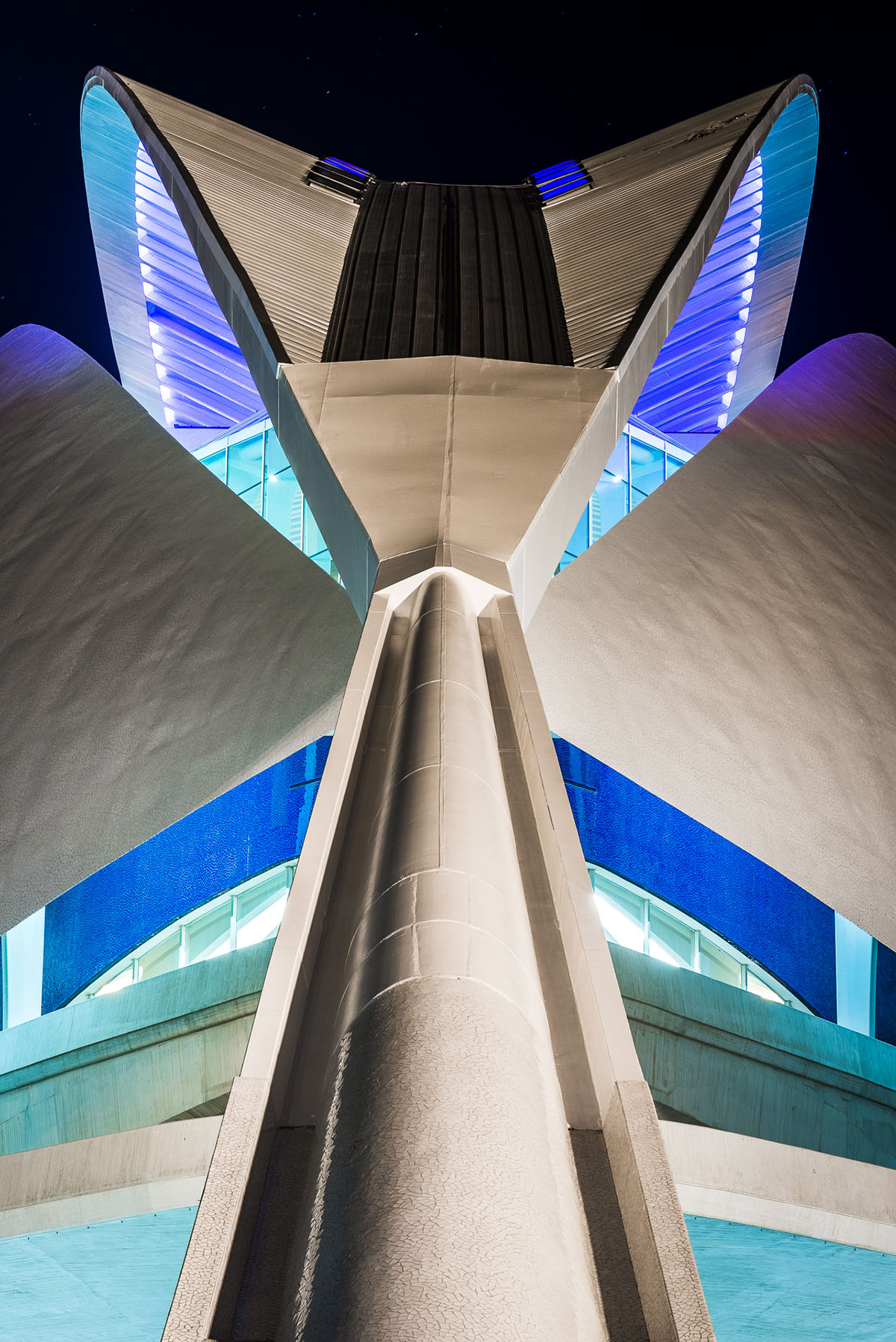 Situated midway between the old city and the coastal district of Nazaret, the complex is intended by the Generalitat Valenciana to bring new focus to an incoherent and underdeveloped area of Valencia and to link the center city with the sea. 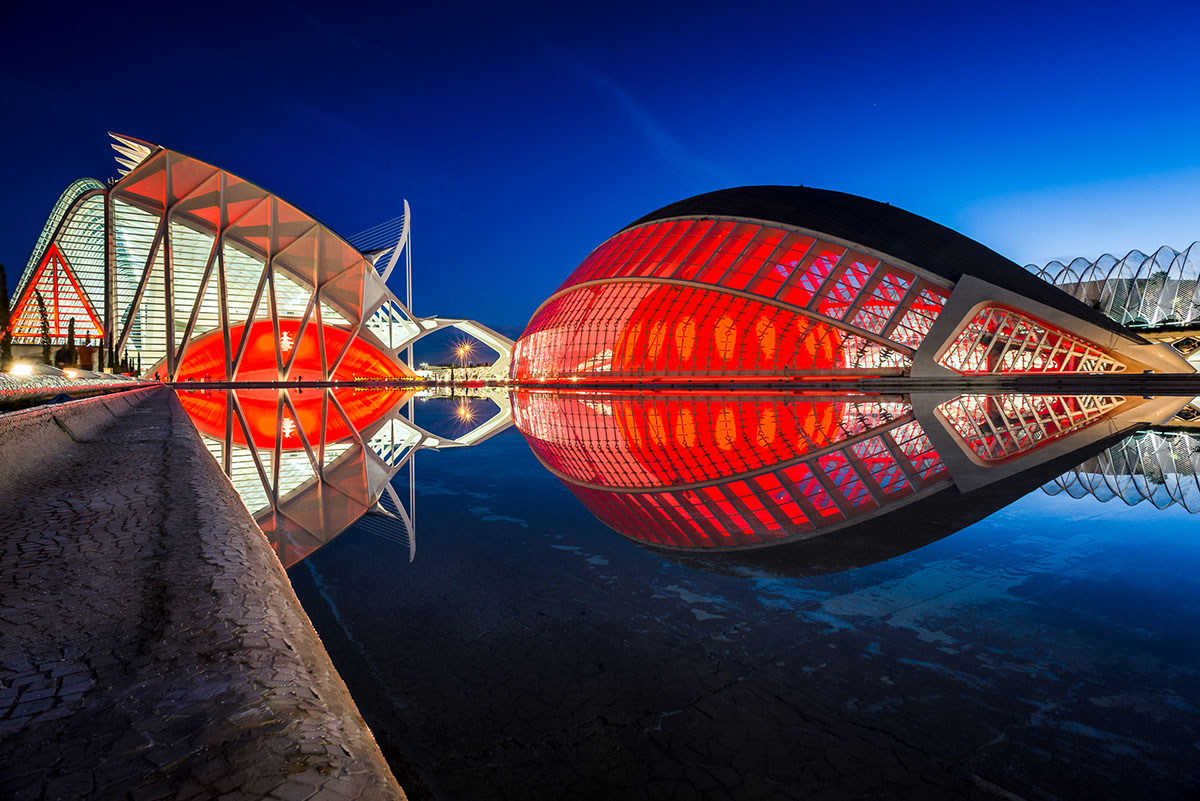 "Linking the structures are extensive gardens and bodies of water. In recognition of the civic importance of the Opera House, Calatrava gave the building the iconographic character of a monumental sculpture. In form, the building is a series of apparently random volumes, which become unified through their enclosure within two symmetrical, cut-away concrete shells," said the firm in a project statement. 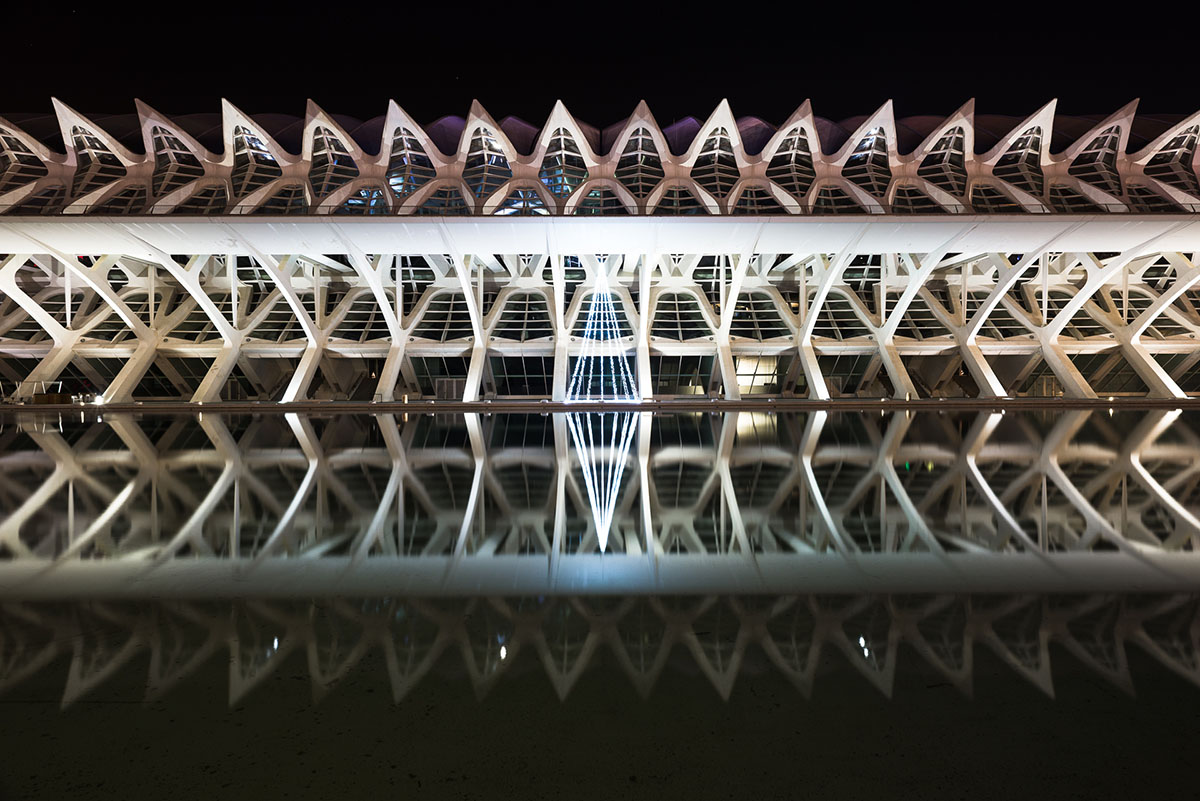 "These forms are crowned by a sweeping steel sheath, which projects axially from the entrance concourse out over the uppermost contours of the curvilinear envelope. The structure that results defines the identity of the Opera House, dramatically enhancing its symbolic and dynamic effect within the landscape, while offering protection to the terraces and facilities beneath." 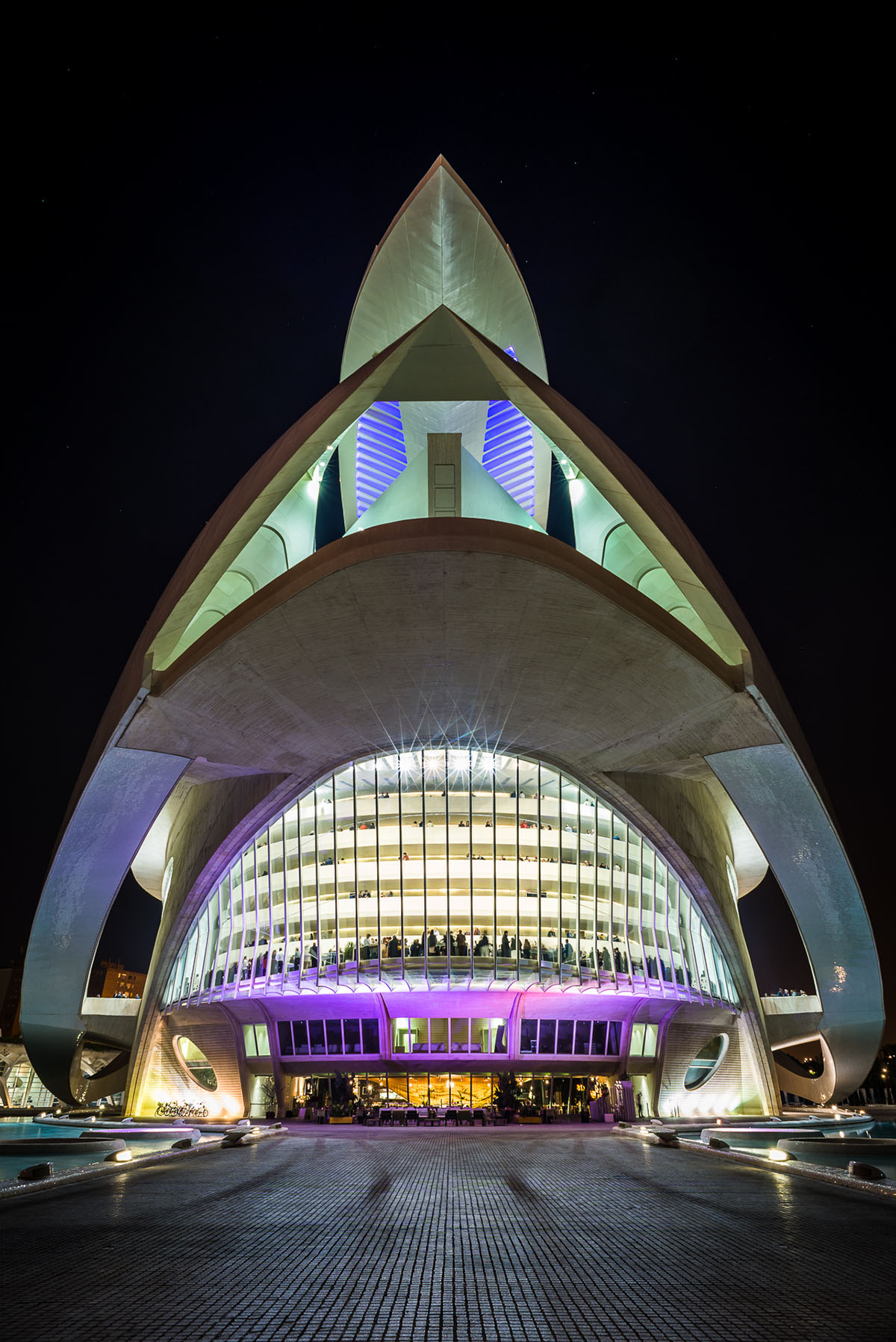 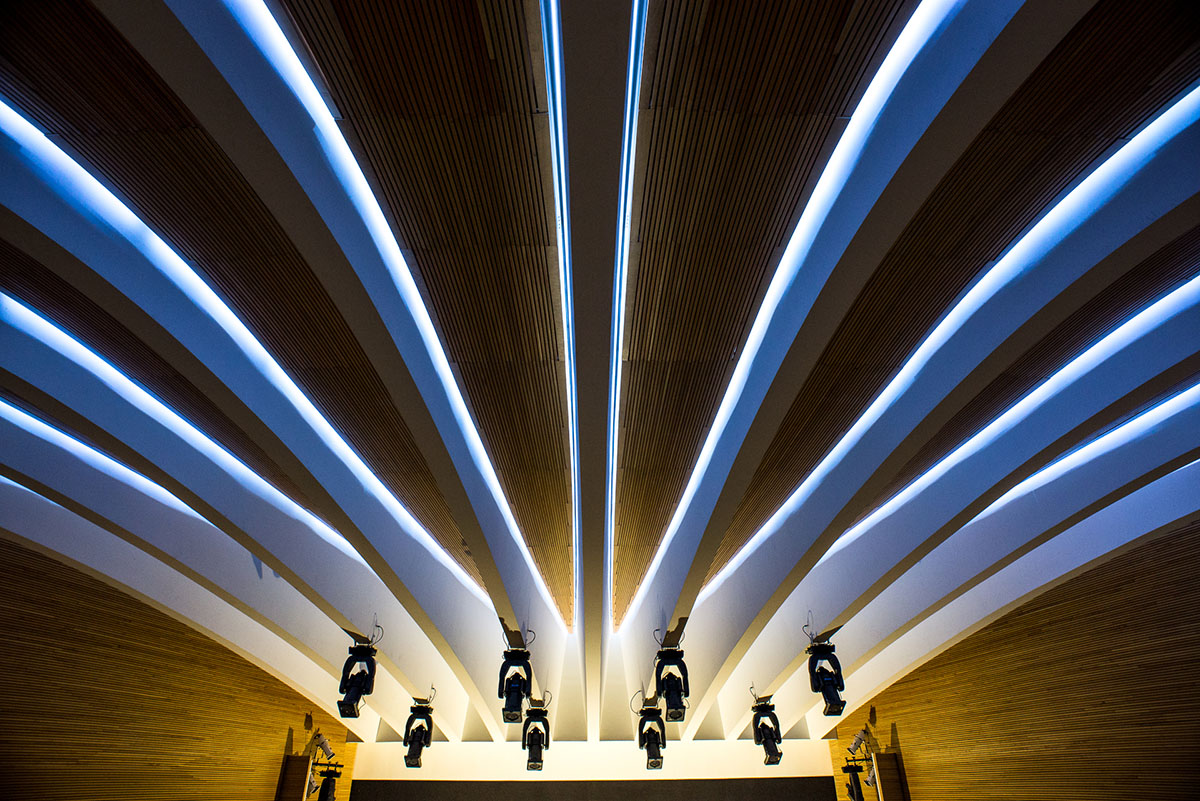 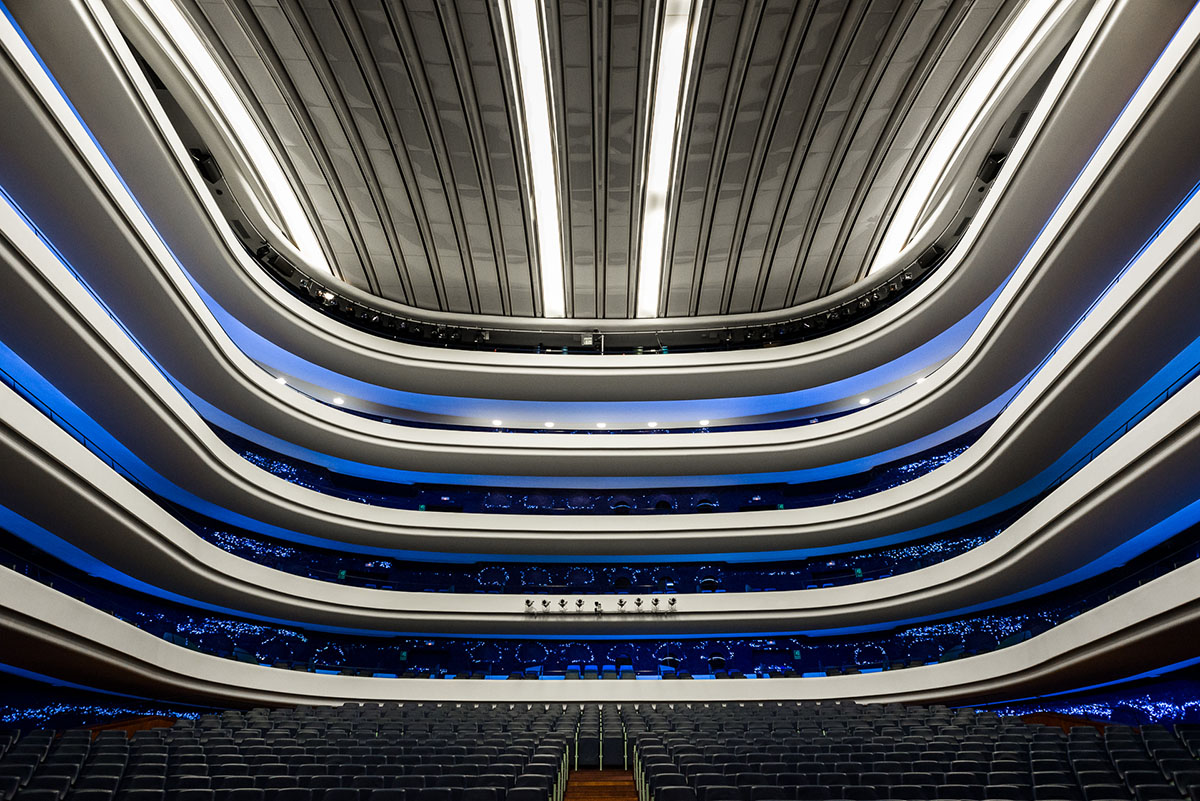 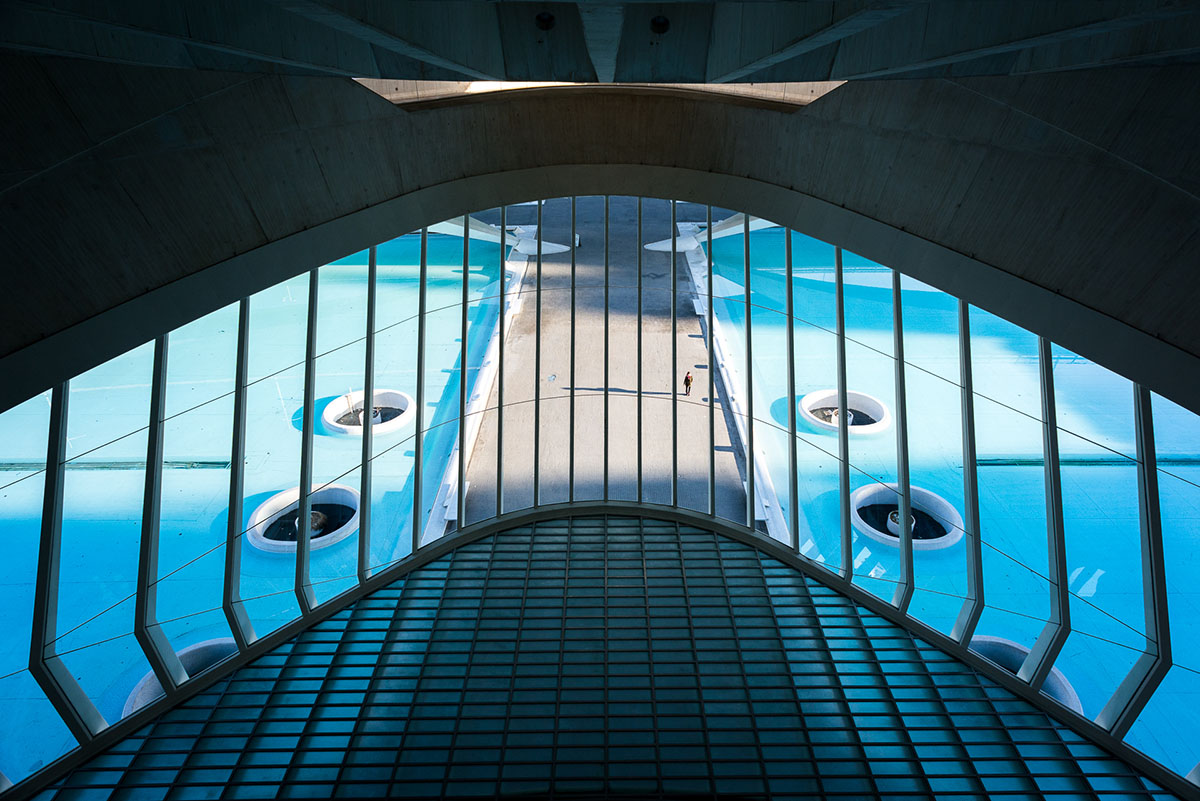 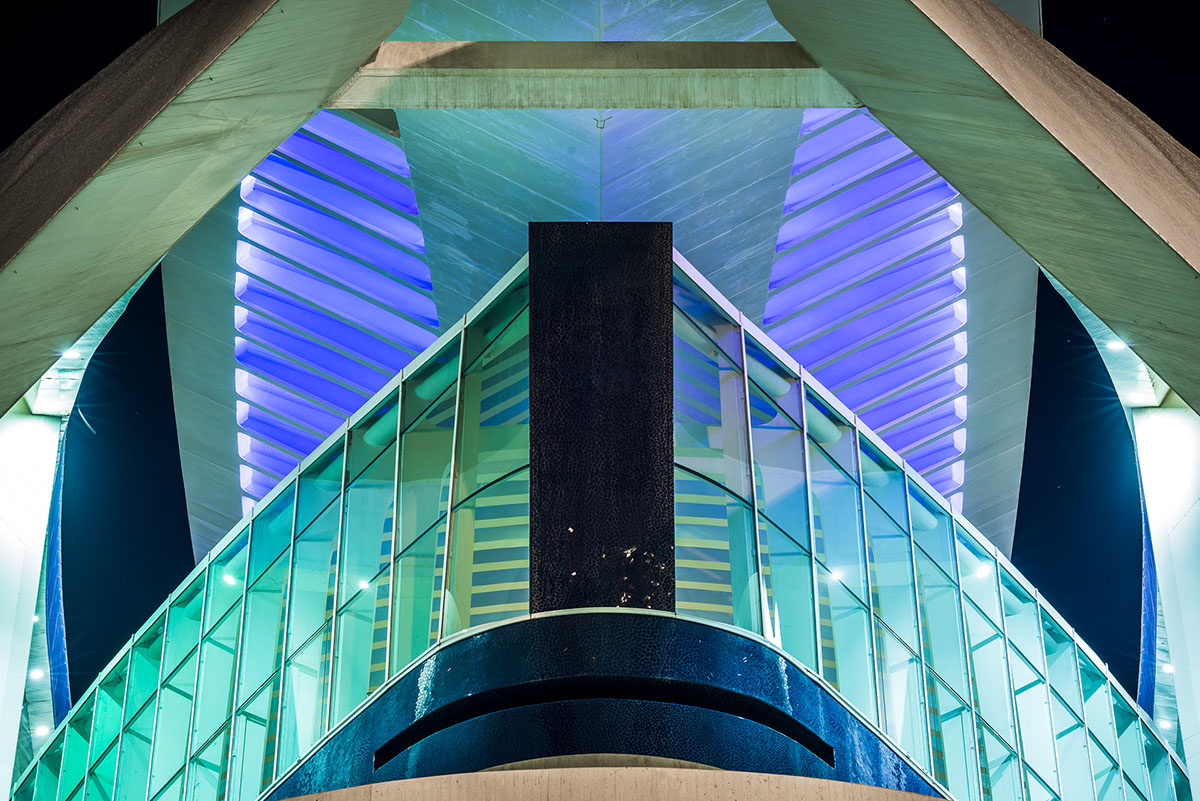 The design process started in 1996 and the whole building opened in 2005. In 2014, the building, originally named as "Palau de les Arts Reina Sofia", was under fire by the city of Valencia as some parts of the Opera House roof fell down just eight years after completion.

Spanish architect and engineer Santiago Calatrava is mostly known with his sculptural forms and pure lines that he applied to many bridges, stadiums, stations or museums. The World Trade Center Transportation Hub in New York, the Museum of Tomorrow in Rio De Janeiro, Innovation Science and Technology Building in the United States are among well-known projects of the architect.