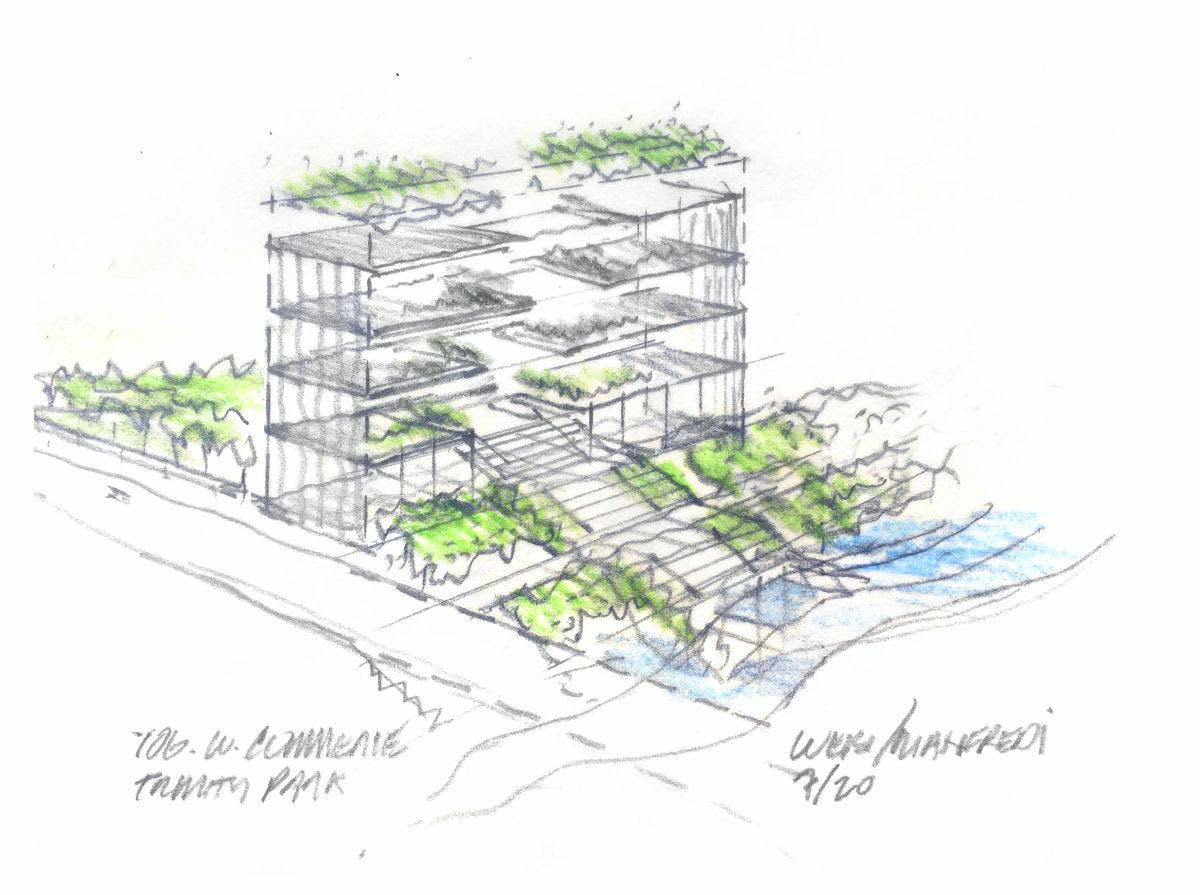 The project team will work with the Conservancy to integrate the building and its surrounding neighborhoods into Harold Simmons Park (Park), the planned 200+ acre park designed by Michael Van Valkenburgh Associates (MVVA) along the Trinity River, connecting downtown Dallas to West and South Dallas.

The Conservancy launched a public search process for the 106 W Commerce project in July that resulted in 45 submissions from a diverse array of local, regional, national and international architecture firms.

"A search committee comprised of eight Conservancy representatives reviewed the proposals, scoring them on the following criteria: firm experience and ethos with a focus on adaptive reuse, civic spaces, development feasibility, sustainability, local understanding, and community partnership (40%); team experience (30%); business inclusion plan (20%); and an inspiration board for the project (10%). The committee selected Weiss/Manfredi following interviews with a shortlist of seven teams," according to a press release.

"We are inspired by the potential of 106 W Commerce to create a dynamic community destination and gateway to Harold Simmons Park, and are thrilled to begin work with the Trinity Park Conservancy, the Dallas community, and Michael Van Valkenburgh Associates to create an open and inviting civic hub for the Park and its surrounding communities," said Marion Weiss and Michael Manfredi.

The idea of a collaborative process was a central part of the team’s proposal. As the project moves forward, the Conservancy and design team will seek input from the communities that surround the building and the Park. Making sure that these communities have a voice is something the Conservancy, W/M, and MMDA value and strive to do throughout the entirety of the project.

"The Conservancy is so pleased to choose Weiss/Manfredi and MMDA to reimagine this building to be a magnet for drawing people from all over the city into the Park, connecting them to nature and each other," said Deedie Rose, Chair of the Conservancy’s Board of Directors.

"It will provide an essential part of the public health infrastructure in our city that will create jobs, stimulate economic development and provide critical green space."

As part of the process to reimagine the jail, the Conservancy is hosting the first of many listening sessions with community stakeholders and the design team on Friday, August 21.

The team will hear about the history of the building and the wants and needs for the future of the building from community members who have worked in, been incarcerated in, or live and work near the building. As the project moves along the Conservancy will hold similar listening sessions to gather more community input.