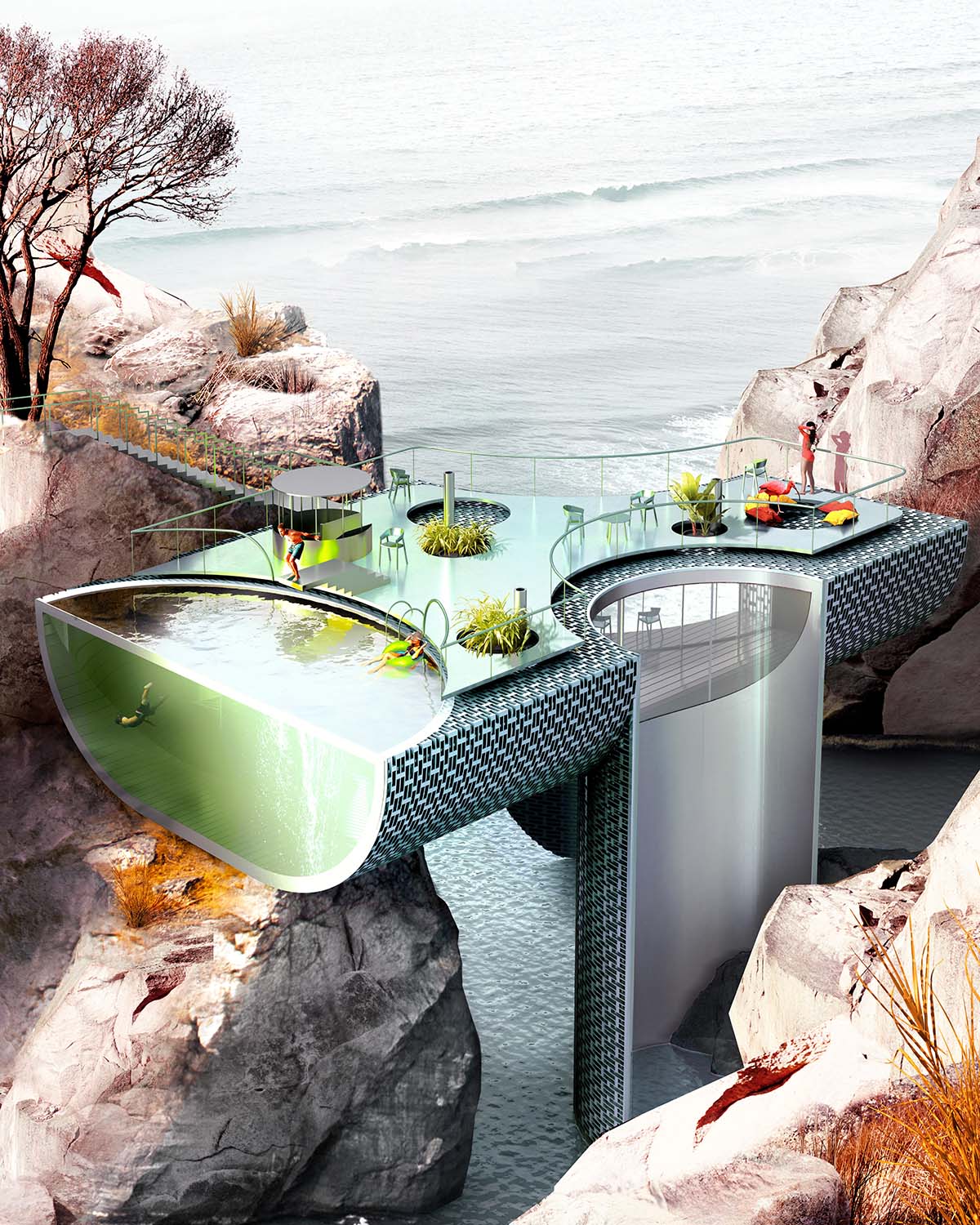 Antireality, a company focusing on a conceptual world built on the basis of abstract ideas about reality, has designed this tubular summer villa pretending like a part of the cliff and rocky environment situated in. 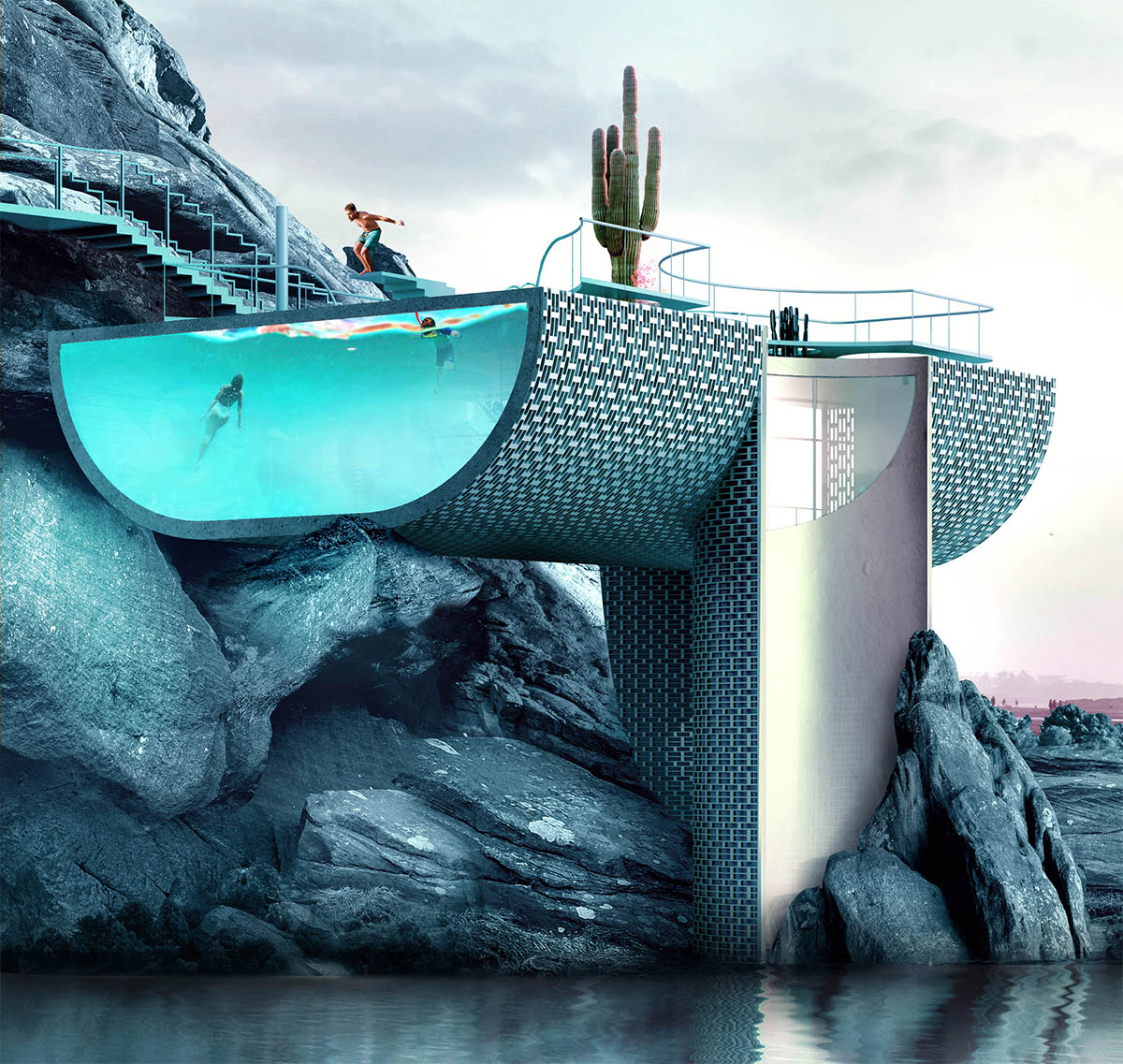 Called Blue House, the house is a conceptual design of a summer house located on a rocky cliff. The name of the building pertains not only to the colour of the facade alone but also to a pool that is integrated with the body of the building.

Owing to its location, the water reservoir influences the space of the entire house and changes its nature depending on the recipient’s location. 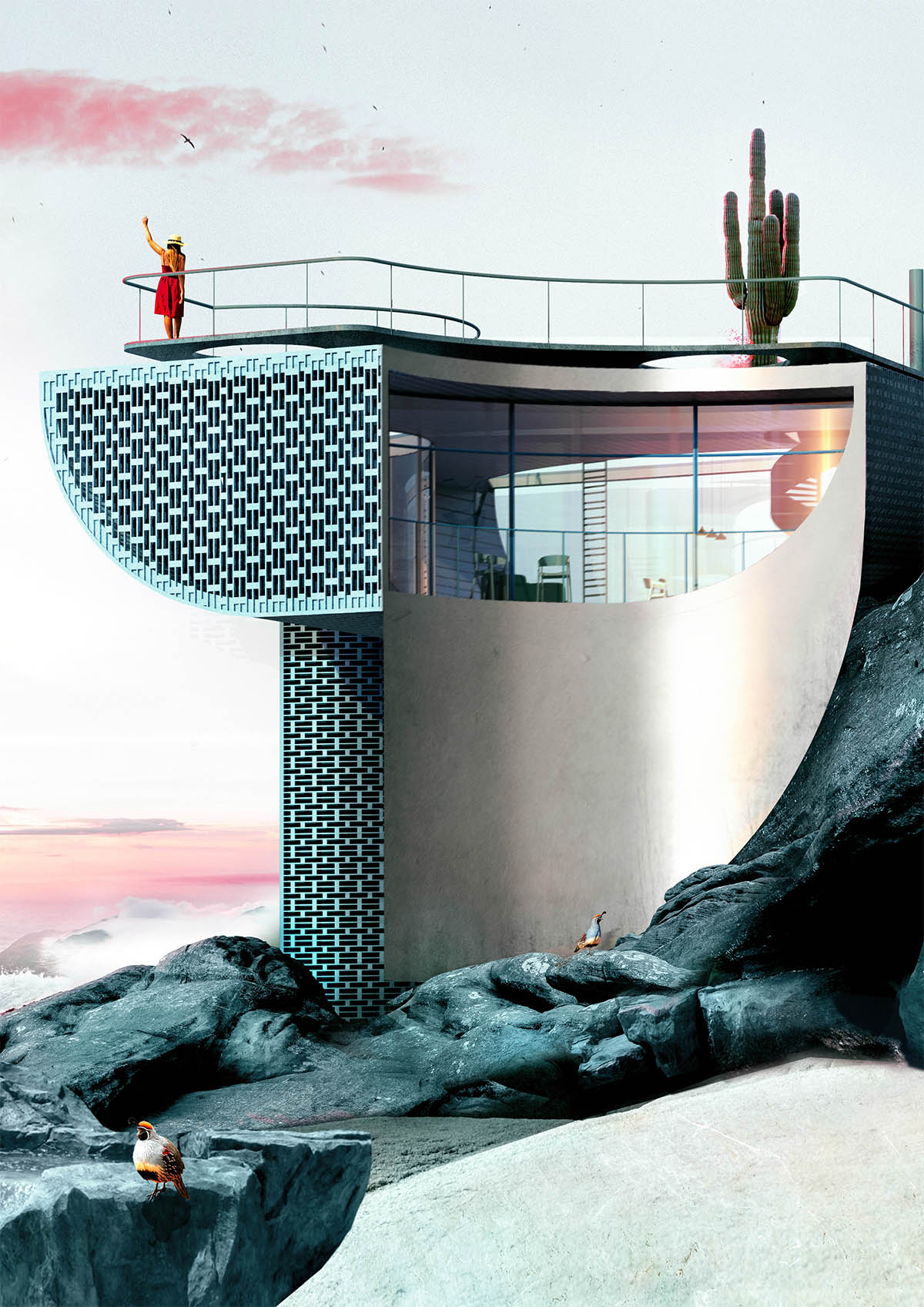 For the observer beyond the building, the pool is interpreted as a water façade of the building; the user inside the house perceives the pool as a ‘transparent’ room serving as a panoramic window - that allows one to observe both people swimming in the pool and the landscape filtered by the water surface - from the perspective of the terrace it is an infinity pool that forms a water viewing point for watching the surrounding wildlife. 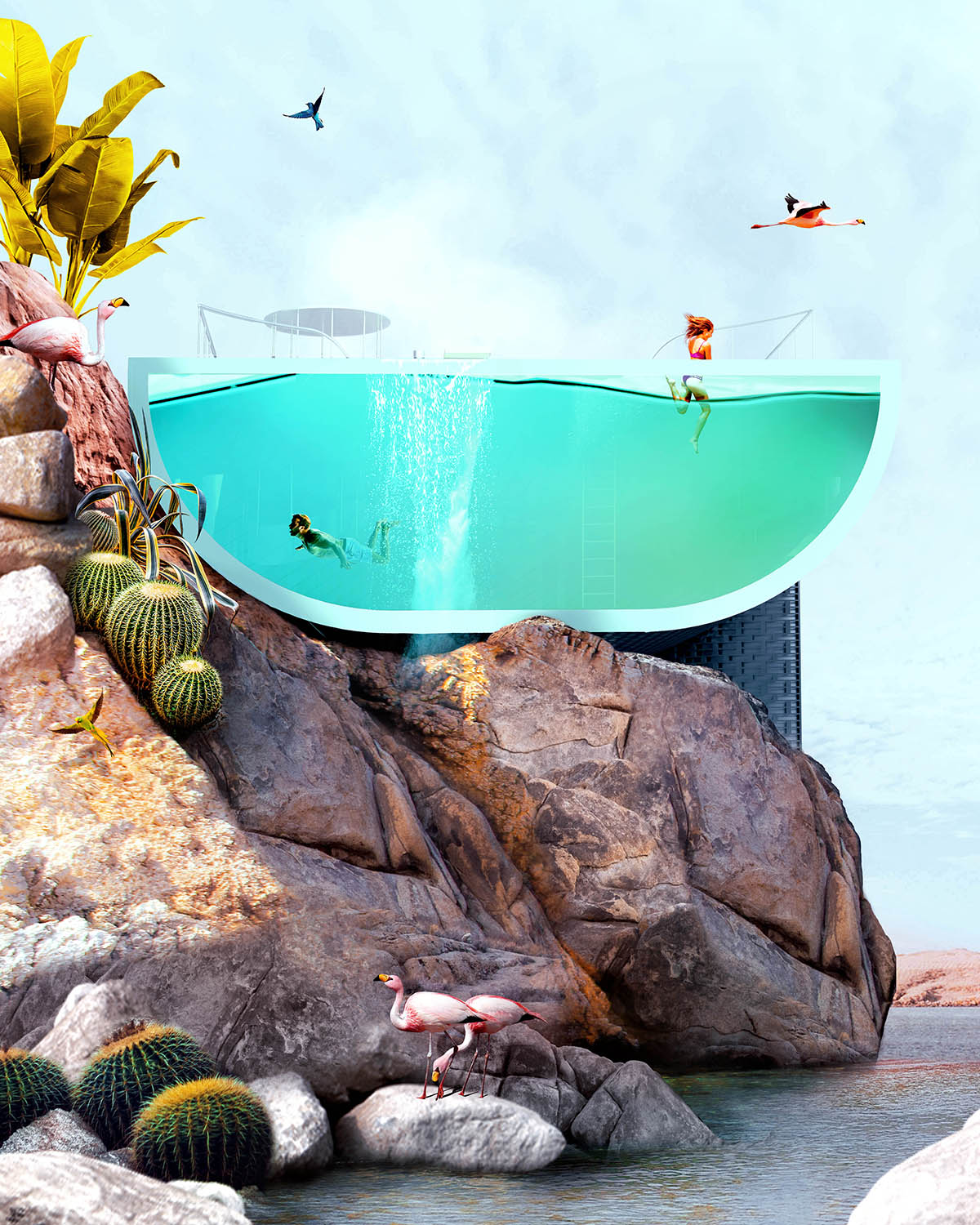 Antireality takes inspirations from the nature as one of the main sources. "Both direct observation and perception of nature by means of other creators, captured in the form of e.g. photographs or paintings," the firm said. 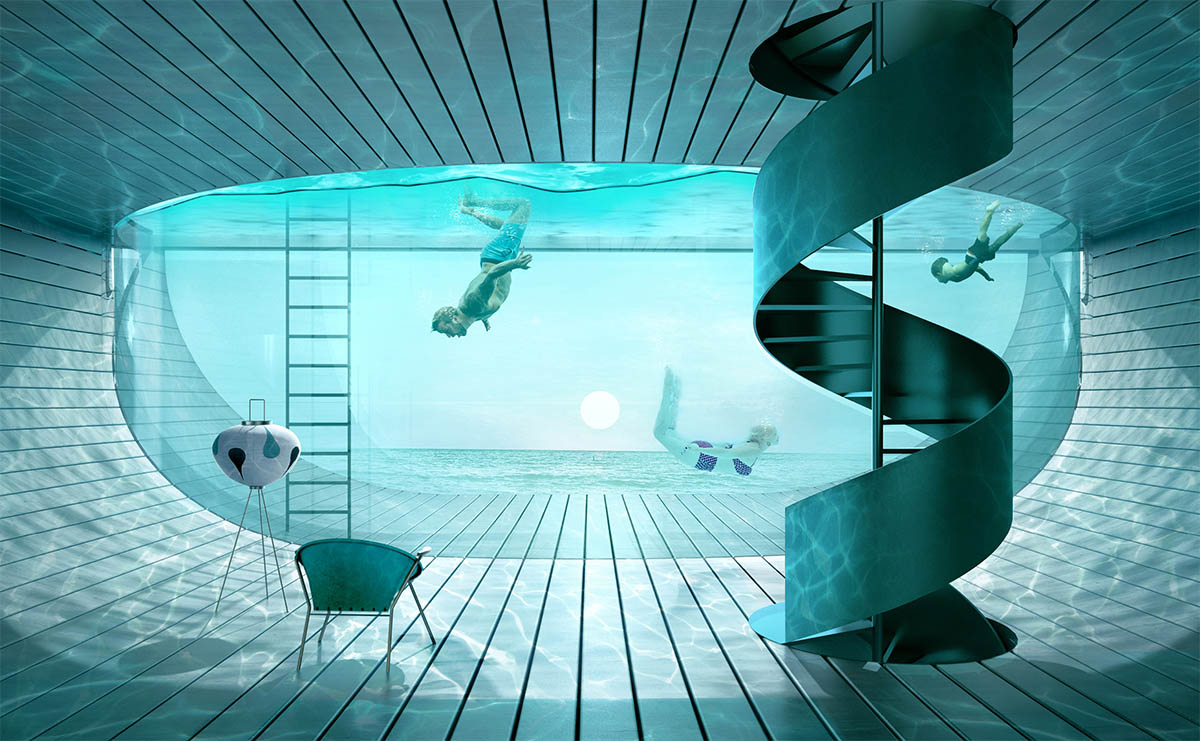 "My design ideas are frequently stimulated not only by intriguing forms created by nature, but also by attempts to embed architectural structures into the natural context," continued the founder of Antireality.

"Combining matters that are so different is an extremely interesting process based on an attempt to find the balance between the original form of the surroundings and the architectural creation." 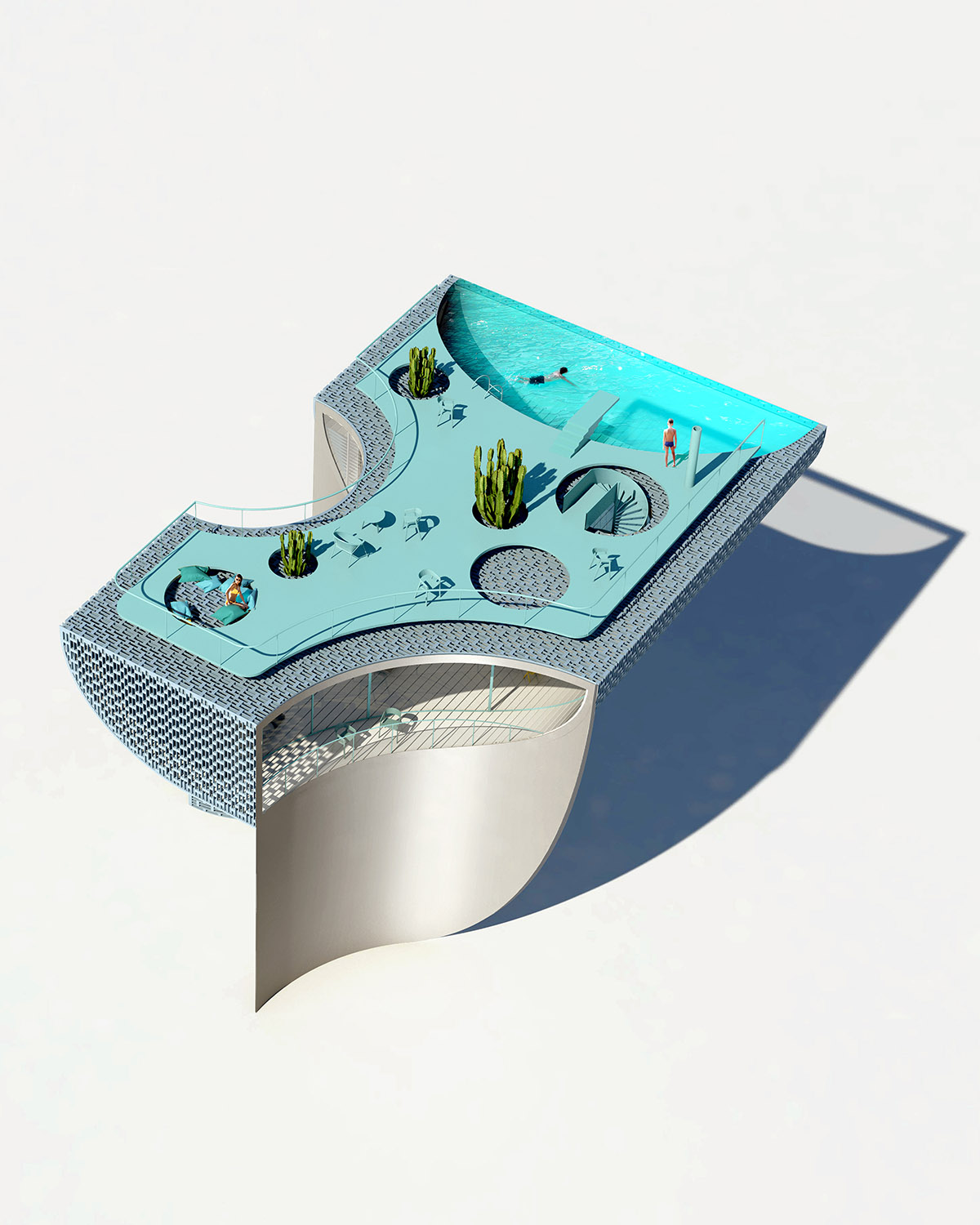 This 95 square metre-large house comprises a residential storey and a terrace that covers the entire roof space.

The structure of building is based on two construction walls supporting the weight of the overhanging part of the house and the space of the pool supported by a rocky slope. The house is accessed via a small path that allows one to enter the building at the level of the cliff. 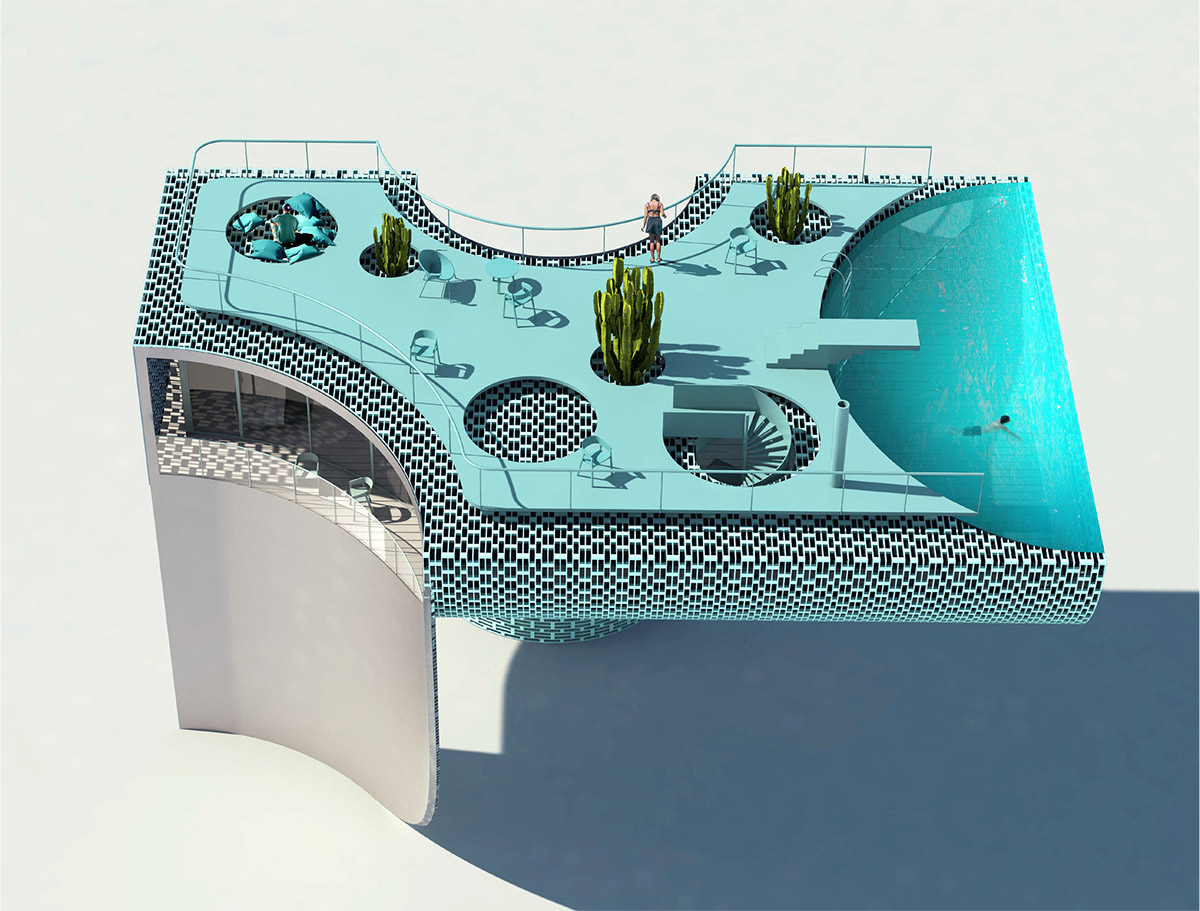 One of the key project assumptions was to create a building whose spacious roof would play the role of a home garden/yard. On clear days, this space can be turned into an open-air living room that will become the heart of the house. This multifunctional space is designed as a combination of an entrance area, a terrace, a relaxation area, a garden and a pool.

See Antireality's another summer villa on WAC. "In terms of style, I remain ceaselessly fascinated by modernism. Despite the fact that this inspiration is not always direct, this style has had a strong impact on my sense of aesthetics, due to which I happen to draw from various works created during this period," added Antireality.

All images courtesy of Antireality