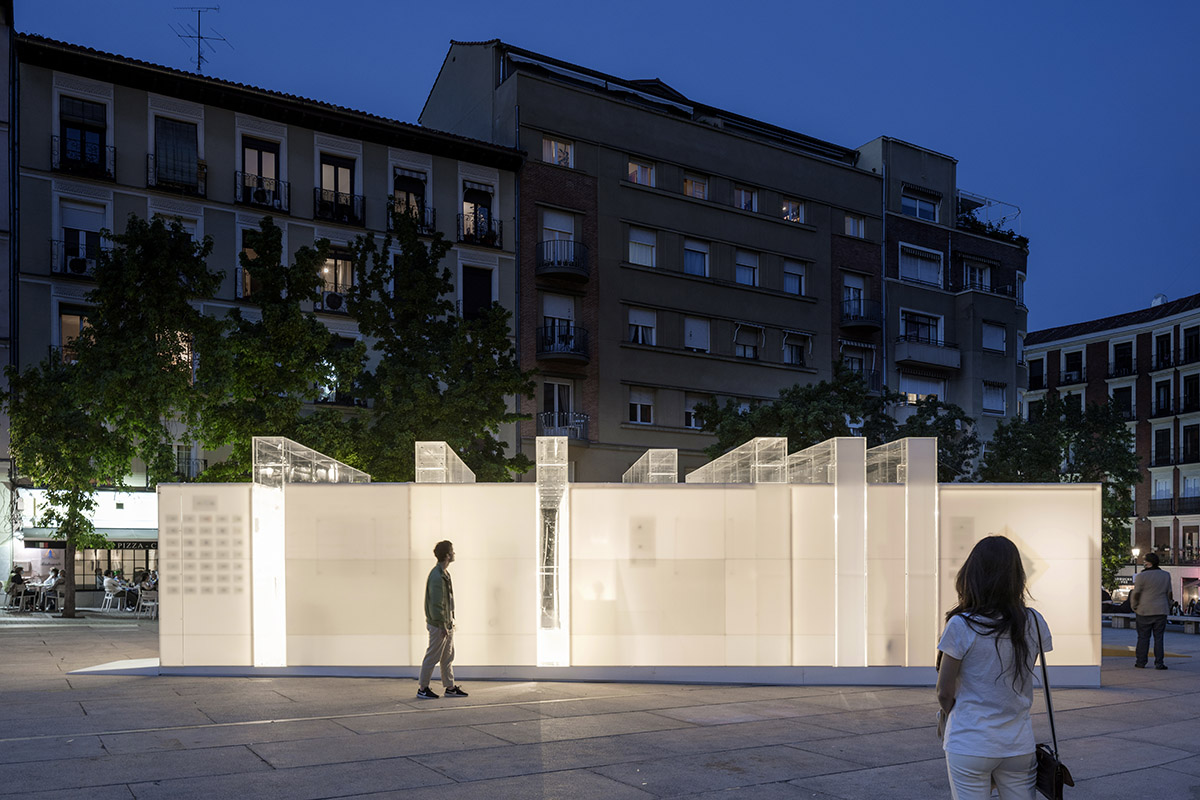 Spanish architecture studio delaVegaCanolasso has installed an ephemeral museum entirely made of recyclable plastic at the Reina Sofia Museum Plaza in Madrid, Spain.

The 73,5-square-metre structure is a prefabricated museum built from plastic for two weeks, assembled on site in just 2 days and 100% recycled 10 days after its inauguration. 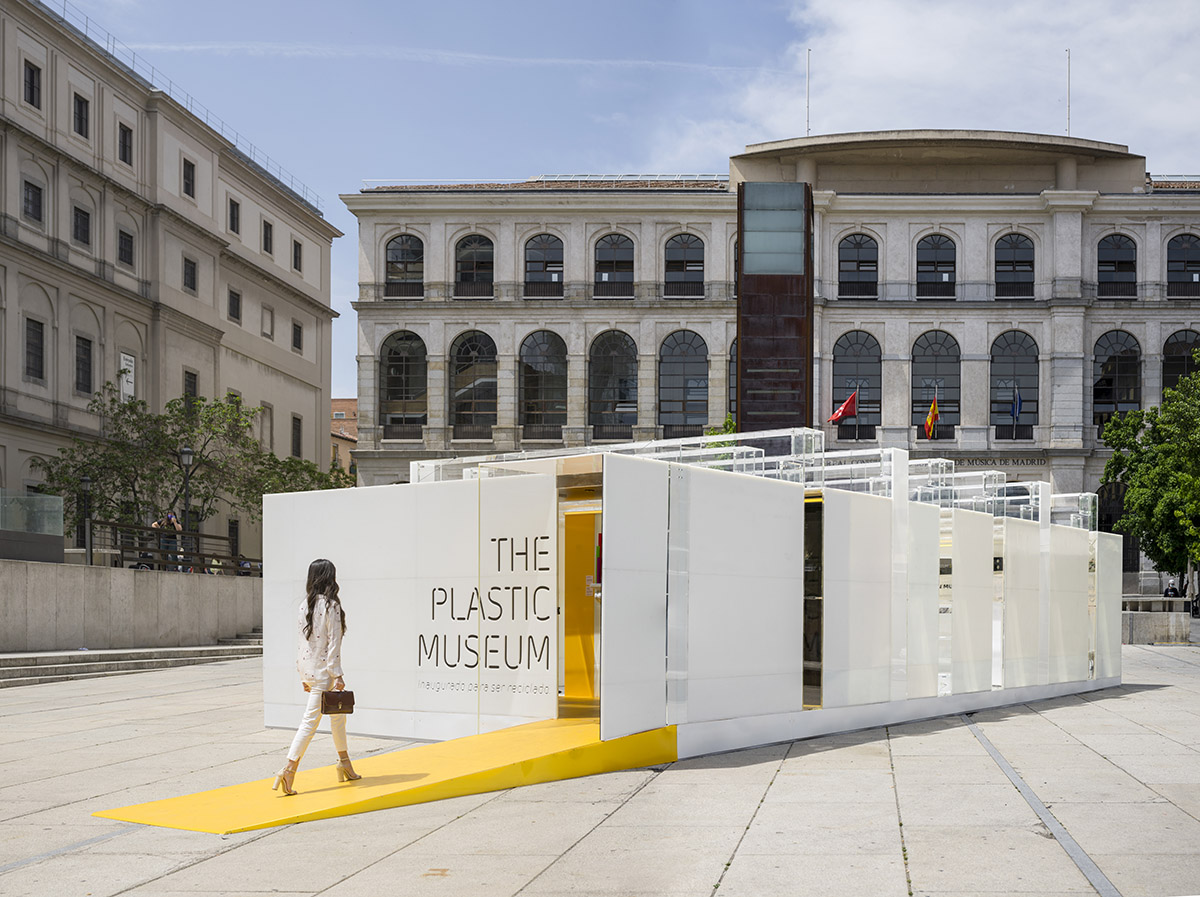 "Conceived as the key element of the campaign to explain the importance of the correct use of plastic, it had to be entirely built out of recyclable plastic," said delaVegaCanolasso.

"We took advantaged of this input by using those unique qualities the material has." 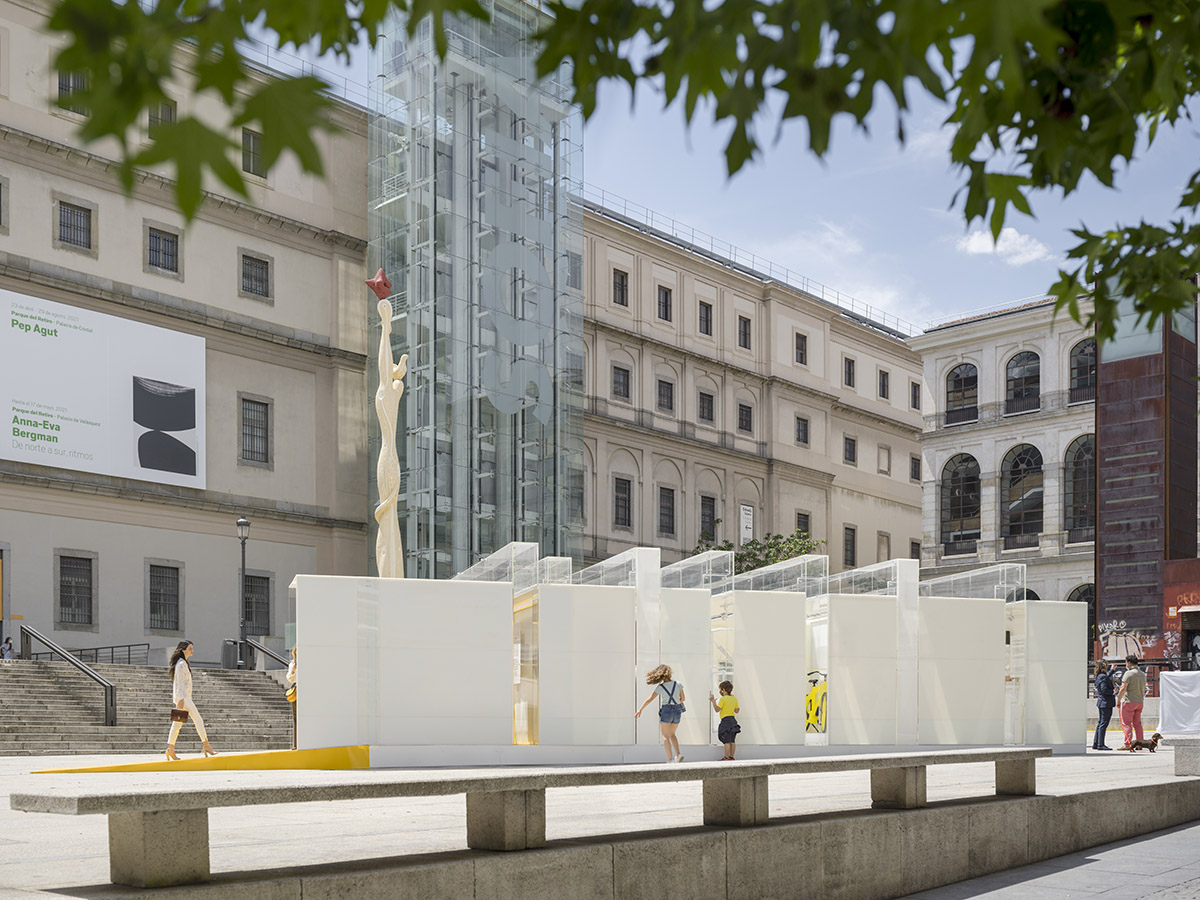 The design tries to avoid the common aparience of the ephimeral instalations and choose a more “serious” aproach, the plastics used were chosen based on their capacity to be recyclable, their structural performance, transparency. The plastic museum is a simple volume, white and translucent, easily legible but broken by the methacrylate ribs that reflect and transmits the light interior, letting guess the world inside and inviting the pedestrian in.

Through the material the rules of the game change, having an “invisible” structural system. The museum is a big meccano consisted in 7 structural ribs made of 20mm transparent methacrylate “U” shape beams and pilars.

For the facade the chosen material was white polyethylene, mechanized to be tongue-and-groove so it works as a whole with the ribs. It is a dense material that allows the facade to be self-supporting, it changes its appearance through the day and works as a lantern at night.

The roof is built with white cellular polycarbonate due to its lightness and thermal insulation. 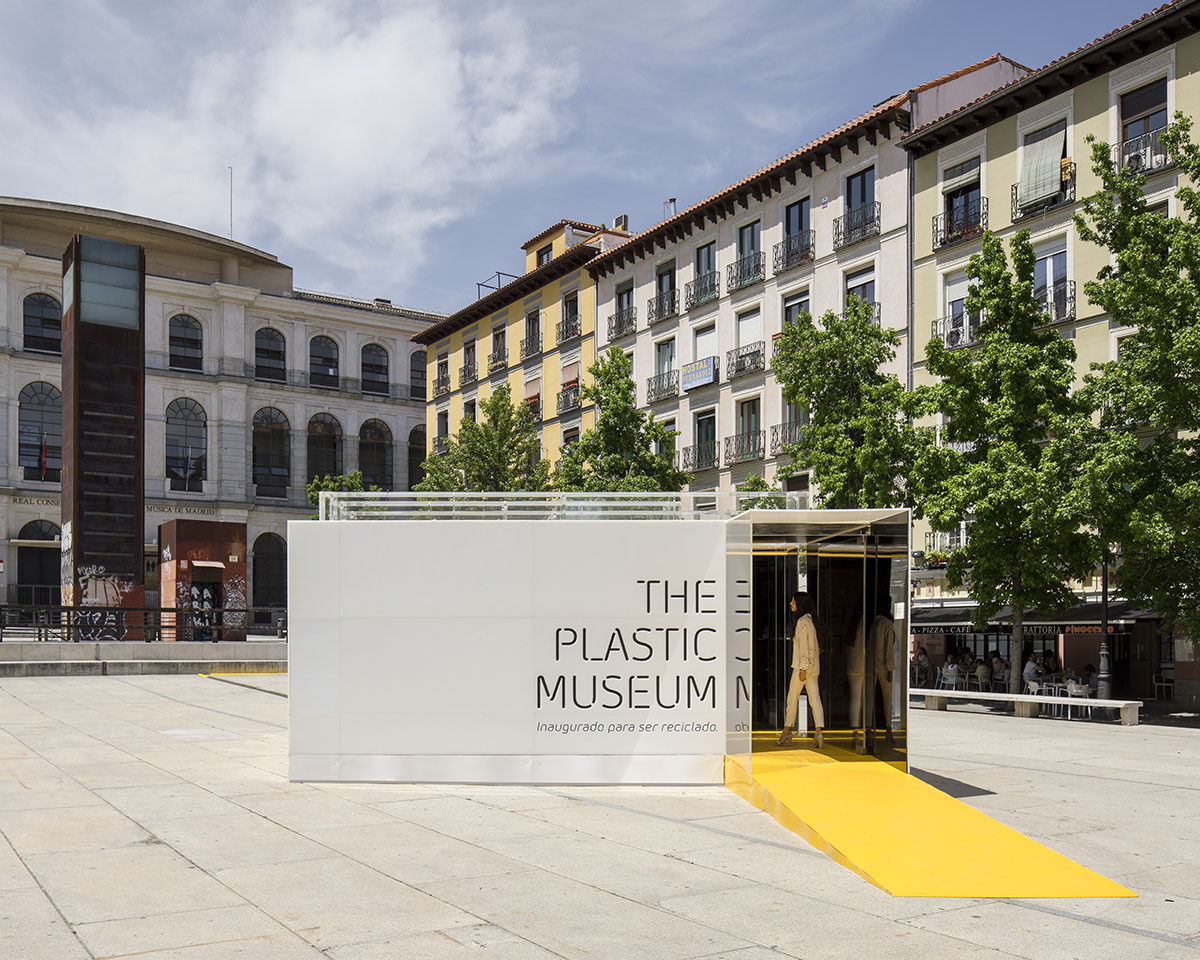 Every piece was cut and numbered by numeric control so it could be assembled on site in just 2 days and then dismantled to be recycled in 1 day. 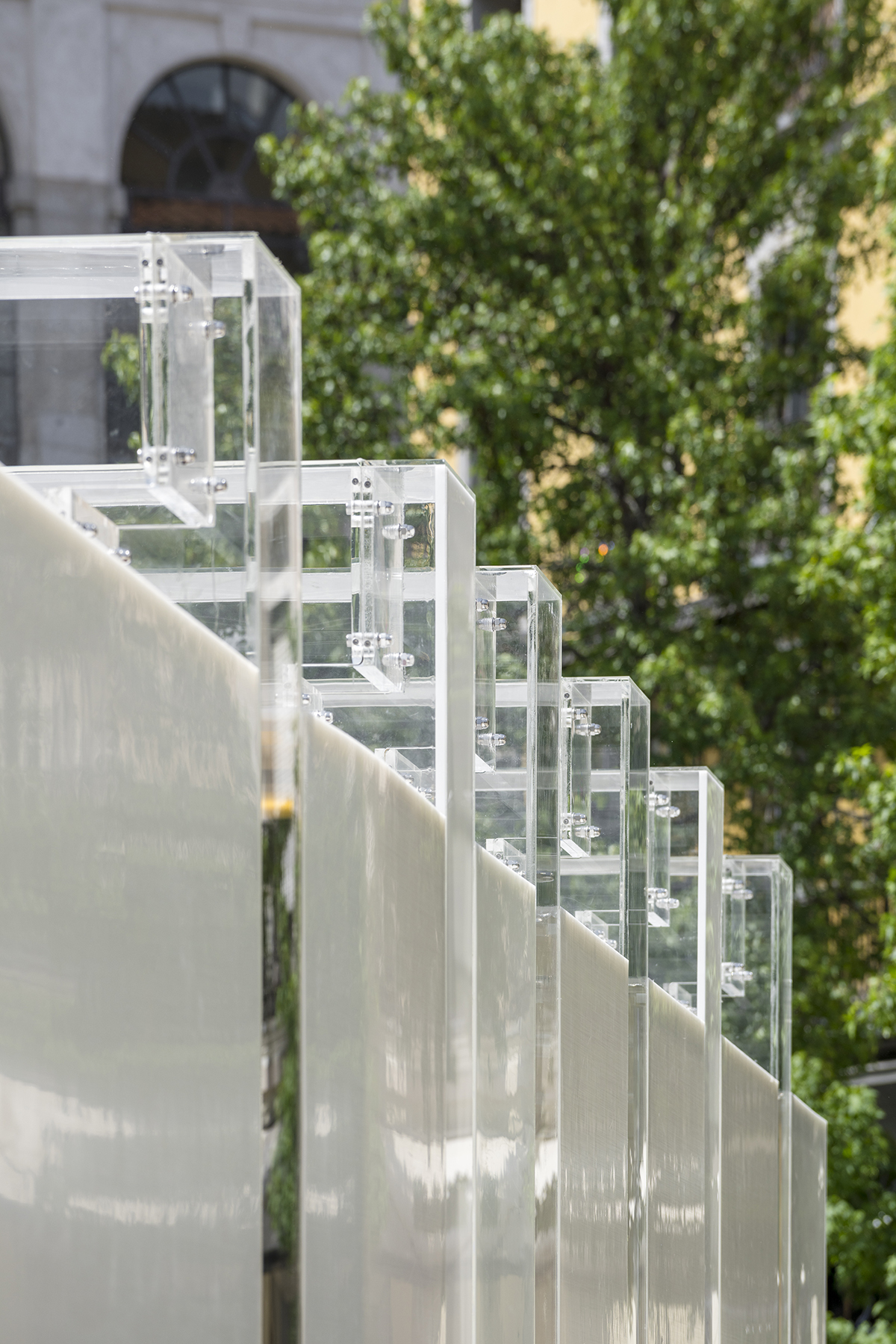 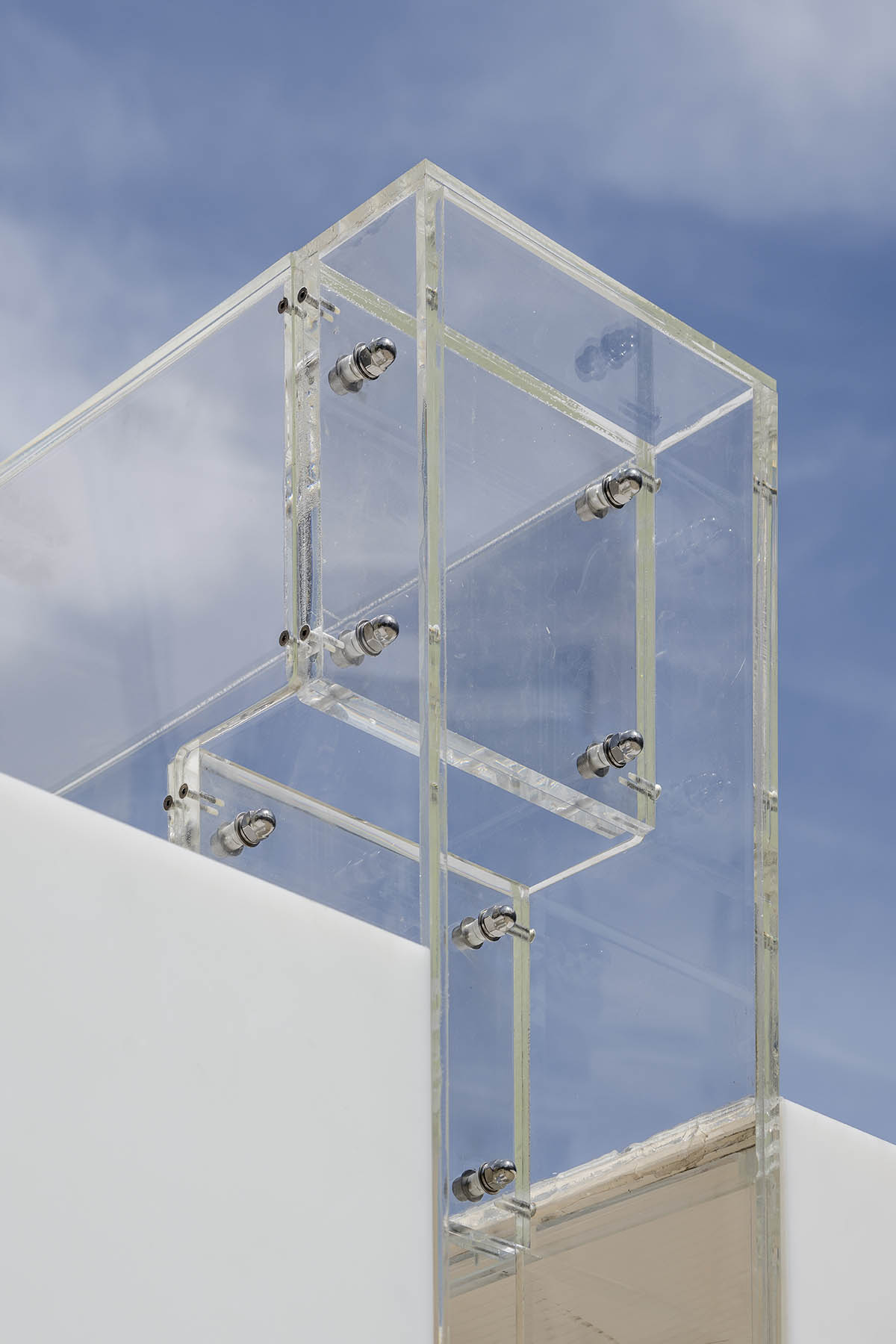 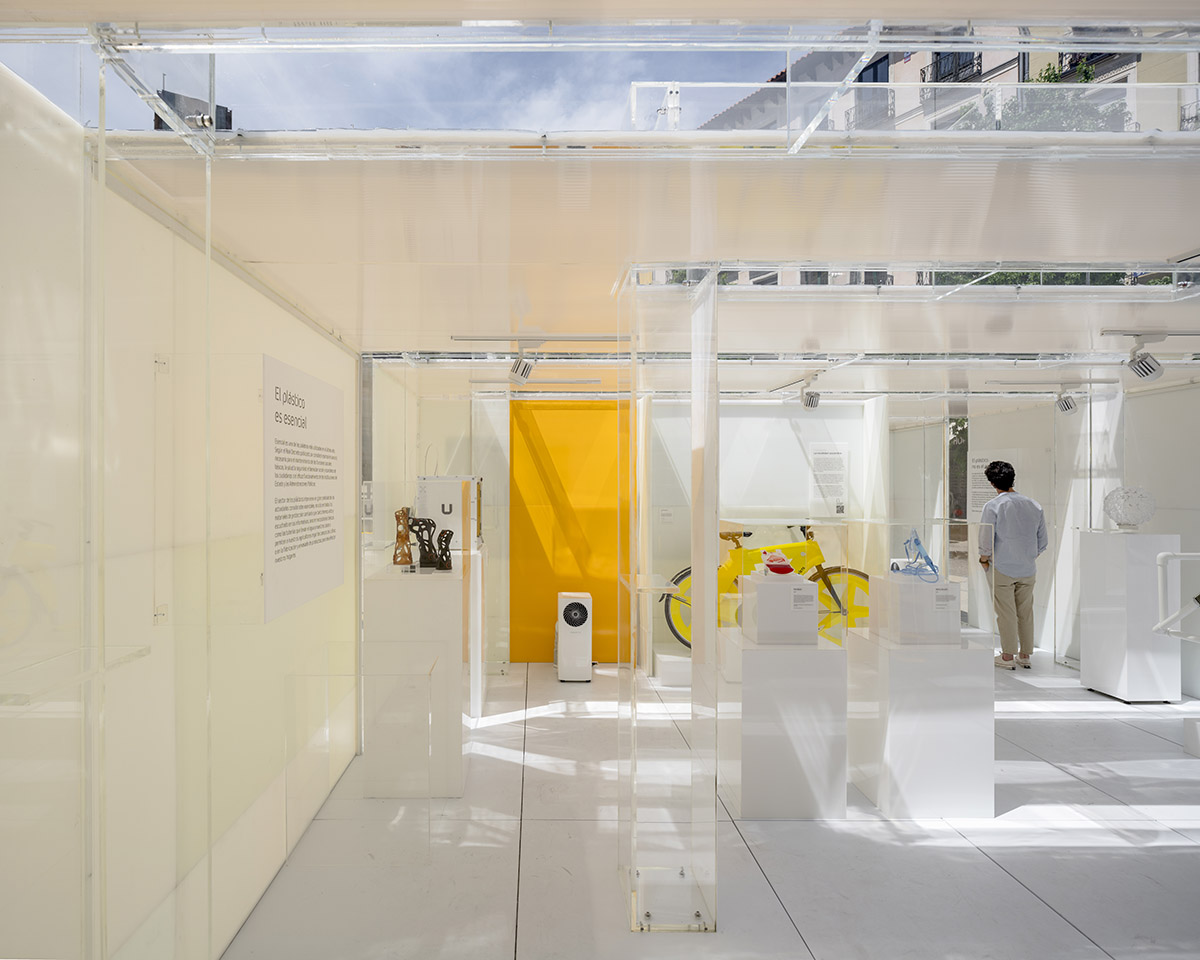 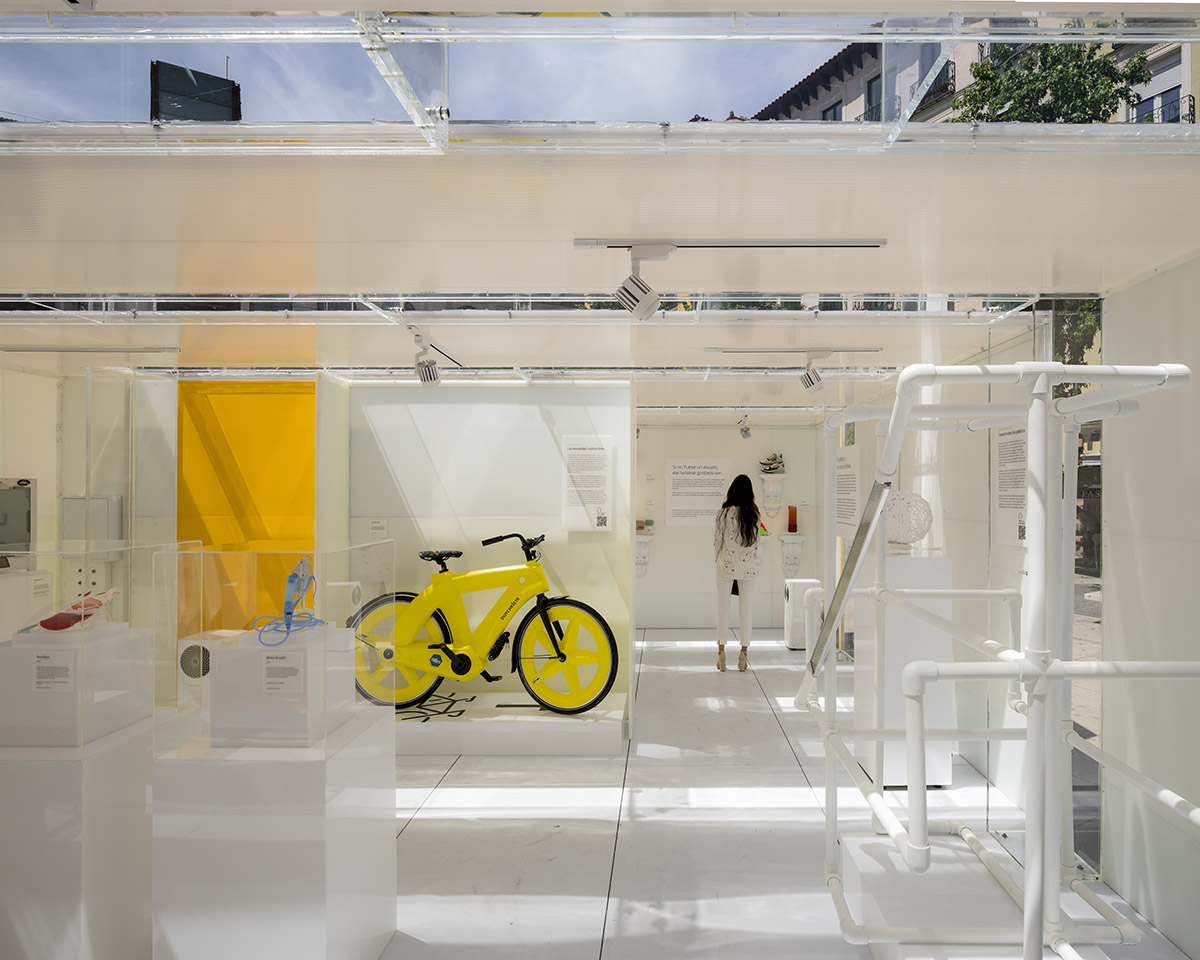 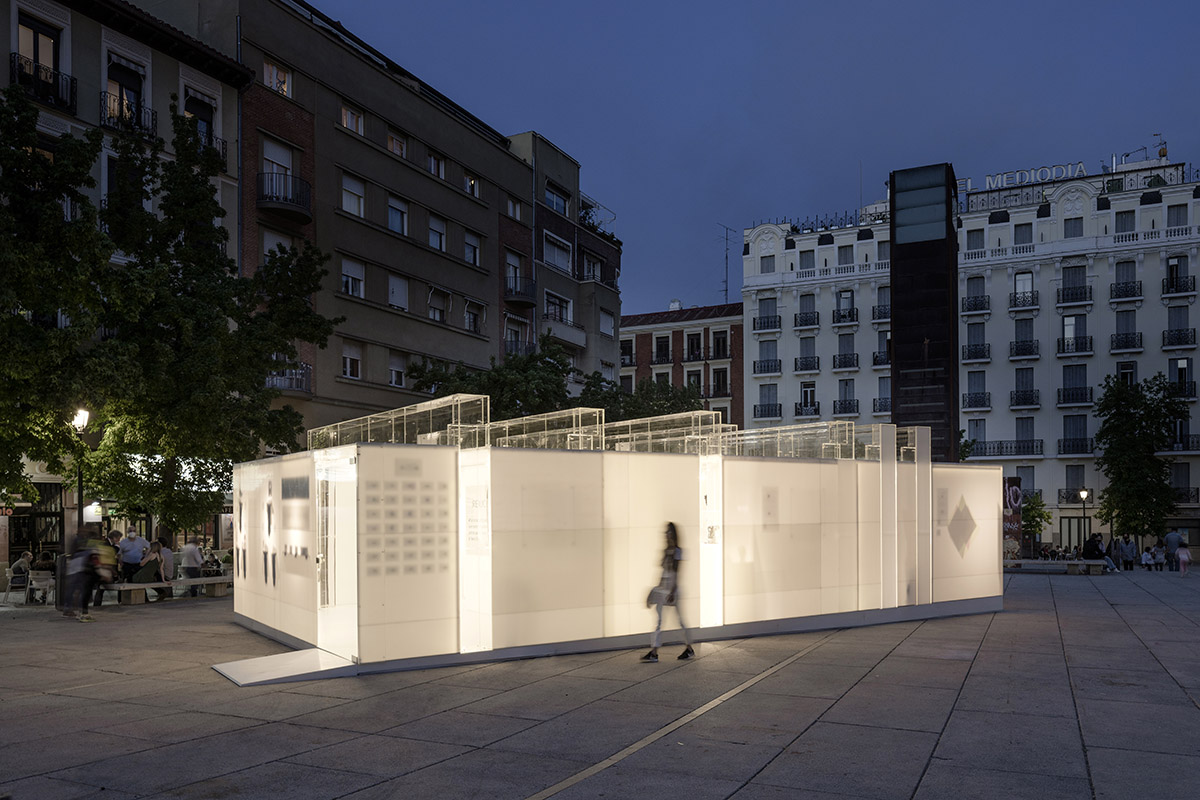 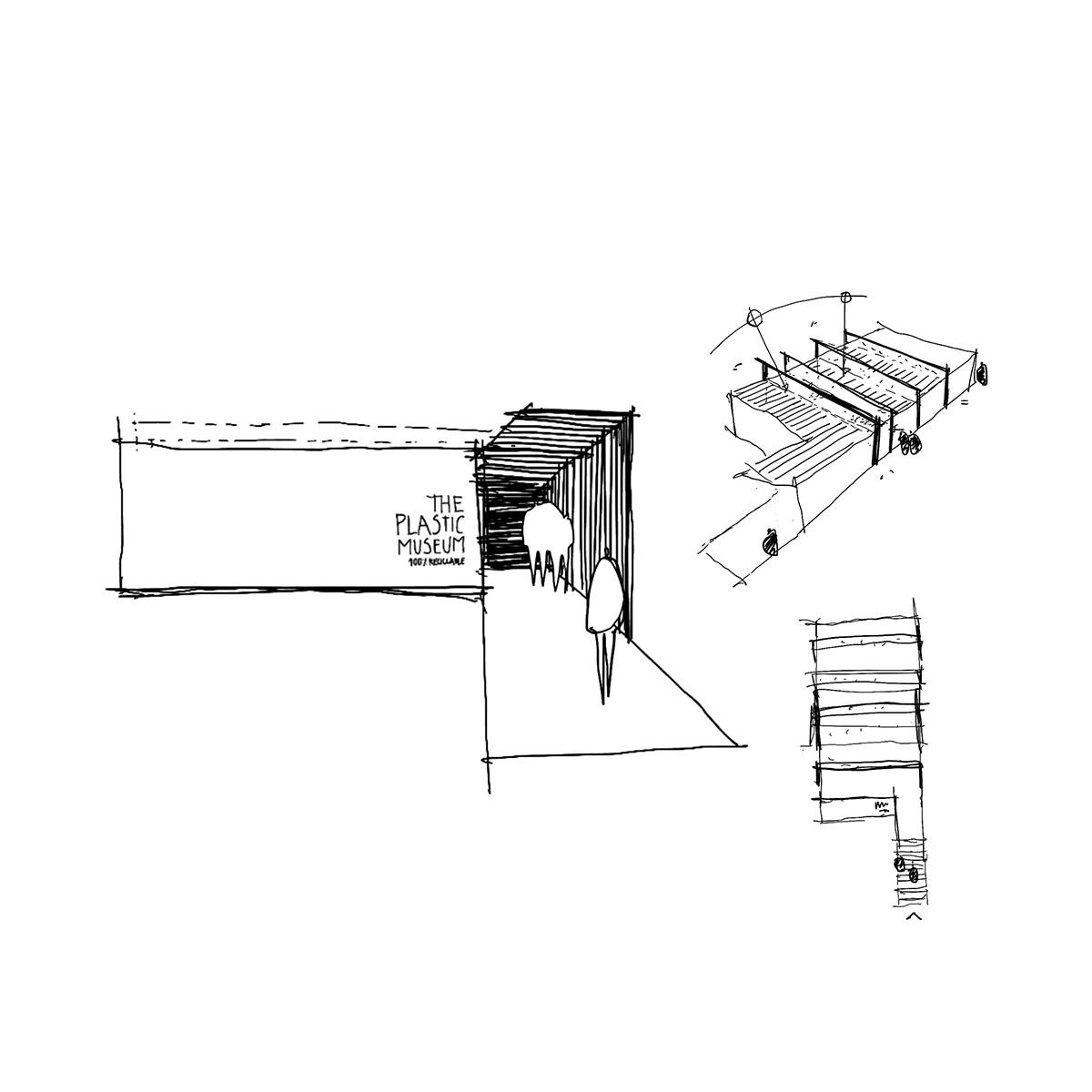 delaVegaCanolasso previously completed a tiny office in Madrid and completed a private dwelling in Spain.