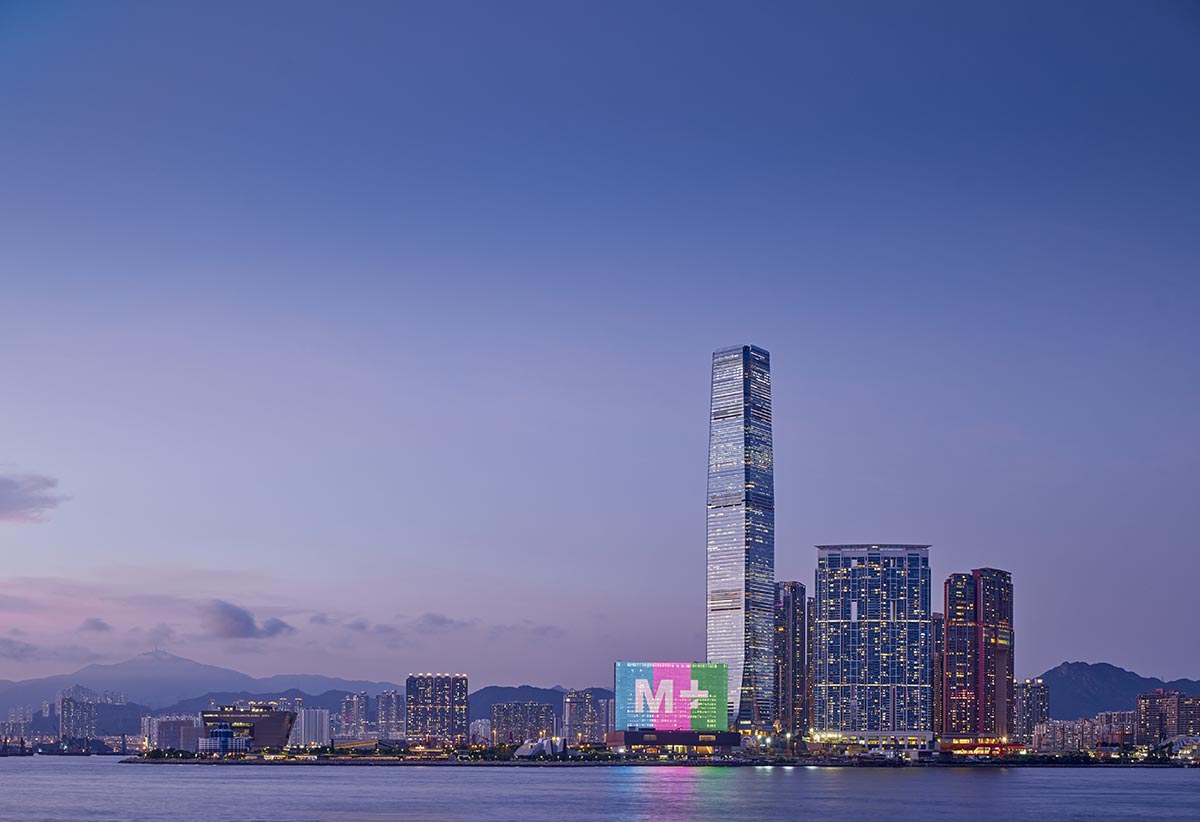 M+ Museum, Asia’s first global museum of contemporary visual culture, is set to open this November in Hong Kong. Designed by Swiss firm Herzog & de Meuron, the new photographs have been revealed as well as an opening announcement video ahead of its opening.

The 65,000-square-metre building, situated in the West Kowloon Cultural District of Hong Kong, will open to the public on Friday, 12 November 2021.

The museum will host an official opening ceremony and a media tour on Thursday, 11 November 2021, to unveil the opening displays of its pre-eminent collections of visual art, design and architecture, and moving image from Hong Kong, Greater China, Asia, and beyond.

Designed by a global team of the world-renowned architecture practice Herzog & de Meuron in partnership with TFP Farrells and Arup, the M+ building is among Hong Kong’s most iconic landmarks, both monumental in its architectural form and radically open in its position in the urban landscape. 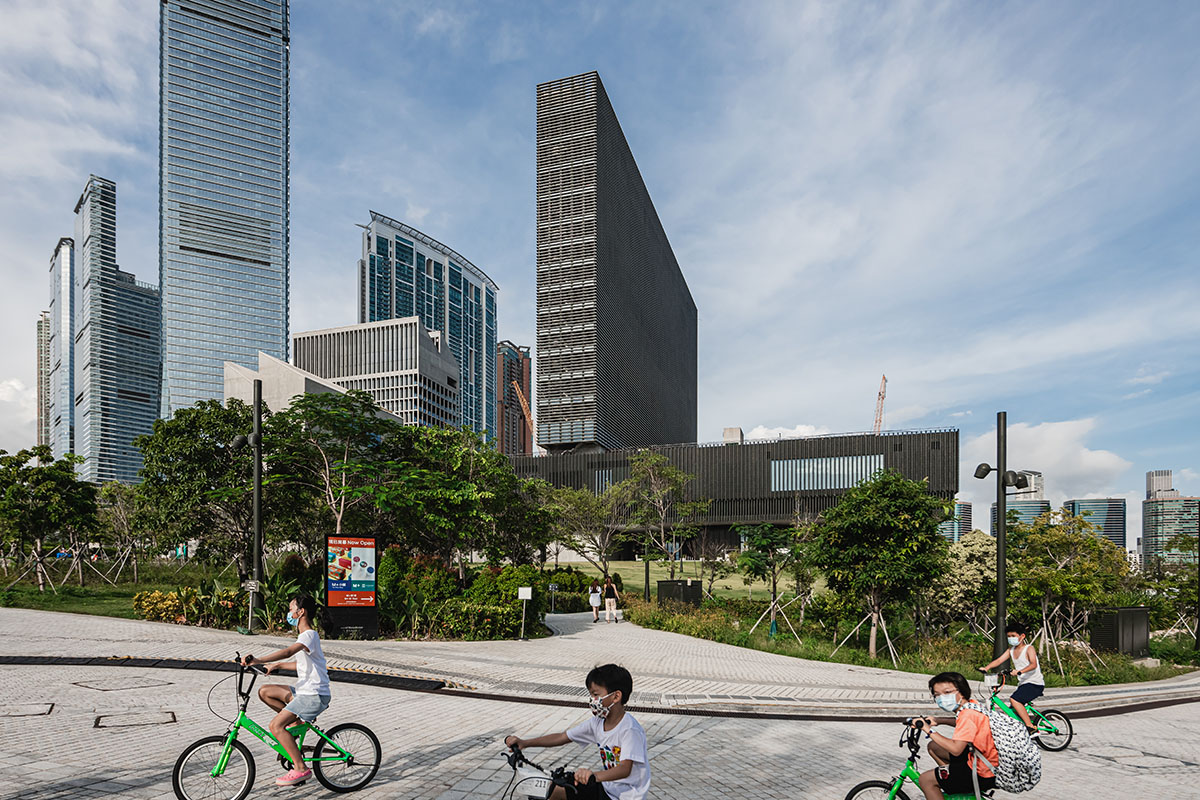 Around 1,500 works drawn from the M+ Collections will be presented in the 17,000 square-metre exhibition space that spans across thirty-three galleries and other display spaces in the museum.

The museum’s opening displays will include six thematic exhibitions drawn from different areas of strength in the M+ Collections, featuring visual artworks, moving image works, design objects, architectural projects and archival items from M+ Collections, which the museum has been building since 2012. 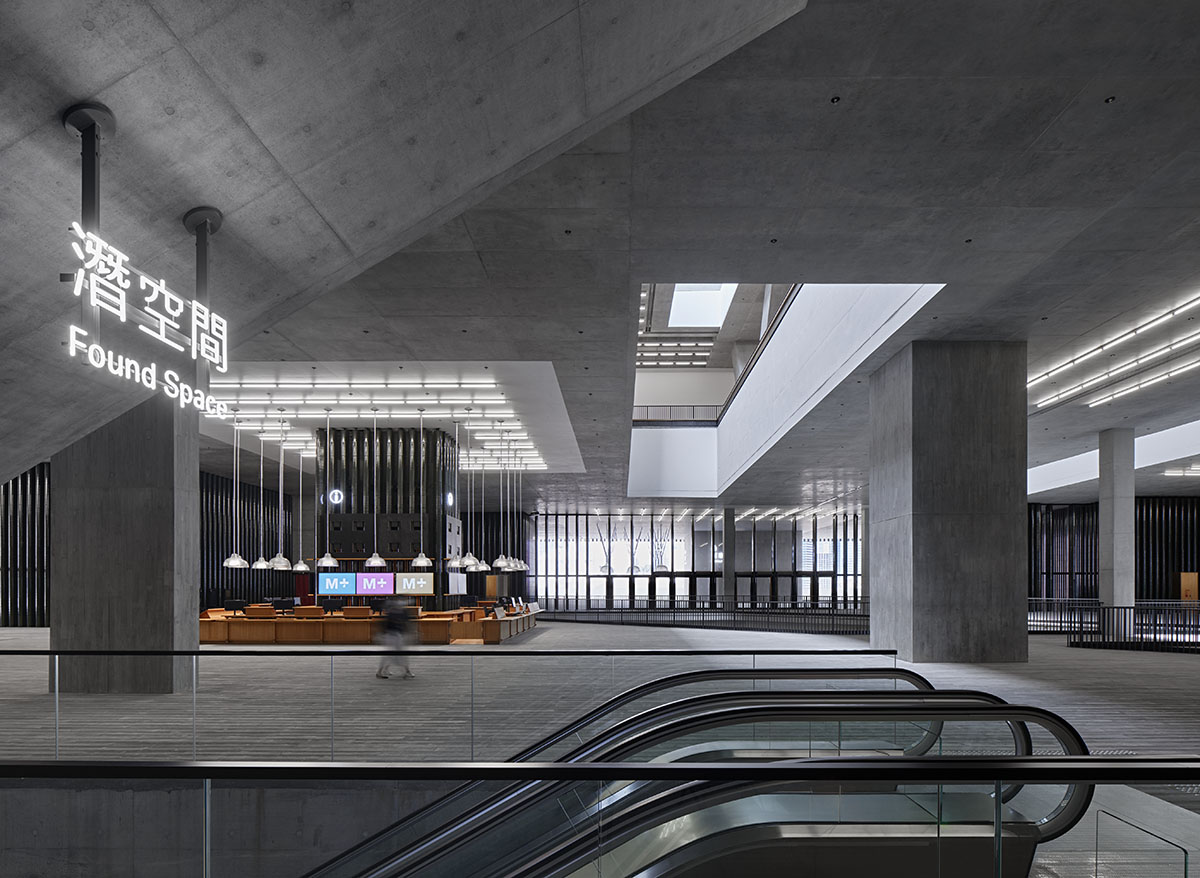 The exhibitions are: Hong Kong: Here and Beyond (G/F Main Hall Gallery) – divided into four chapters, Here, Identities, Places and Beyond, the exhibition captures the city’s transformation and unique visual culture from the 1960s to the present.

M+ Sigg Collection: From Revolution to Globalisation (2/F Sigg Galleries) – a chronological survey of the development of contemporary Chinese art from the 1970s through the 2000s drawn from the M+ Sigg Collection.

Things, Spaces, Interactions (2/F East Galleries) – a thematic and chronological exploration of international design and architecture over the last seventy years and their relevance to our lives today.

Antony Gormley: Asian Field (2/F West Gallery) – an expansive installation of tens of thousands of clay figurines created by the world-renowned British sculptor together with over 300 villagers from a Guangdong village in five days in 2003, reflecting the country’s vast territory and population.

The Dream of the Museum (2/F Courtyard Galleries) – a global constellation of conceptual art practices at the heart of M+’s unique Asian context. 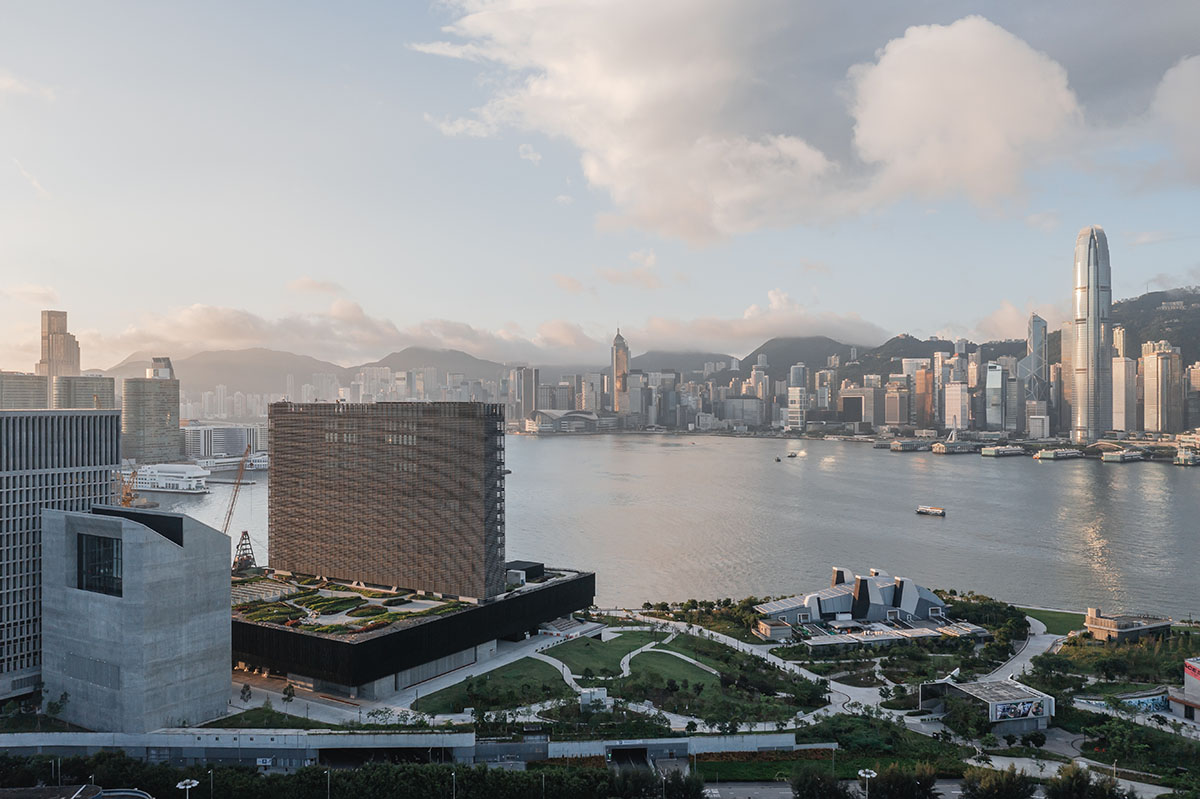 In addition to the main exhibition galleries, M+ will present a series of commissions and displays throughout its public spaces, including the M+ Facade, the Grand Stair, the Studio, the Roof Garden, and the Found Space.

The M+ Museum is located on the Victoria Harbour waterfront, the monumental architecture consists of a striking terracotta tile-clad tower, featuring a dynamic LED system on the south facade for the display of M+ content, defining the museum’s place within the urban landscape and contributing to the city’s vibrant night-time environment.

The Found Space, M+’s signature display space for major installations, is a striking setting at the B2 level defined by the alignment of the underground rail tunnels above which the M+ building sits.

"We are delighted to open the doors of M+ this November, welcoming the public to Asia’s first global museum of contemporary visual culture. It is a world-class platform to foster exchange between Hong Kong and the world, and we hope the museum inspires and enriches the lives of the city’s residents and international visitors alike," said Victor Lo, Chairman of the M+ Board. 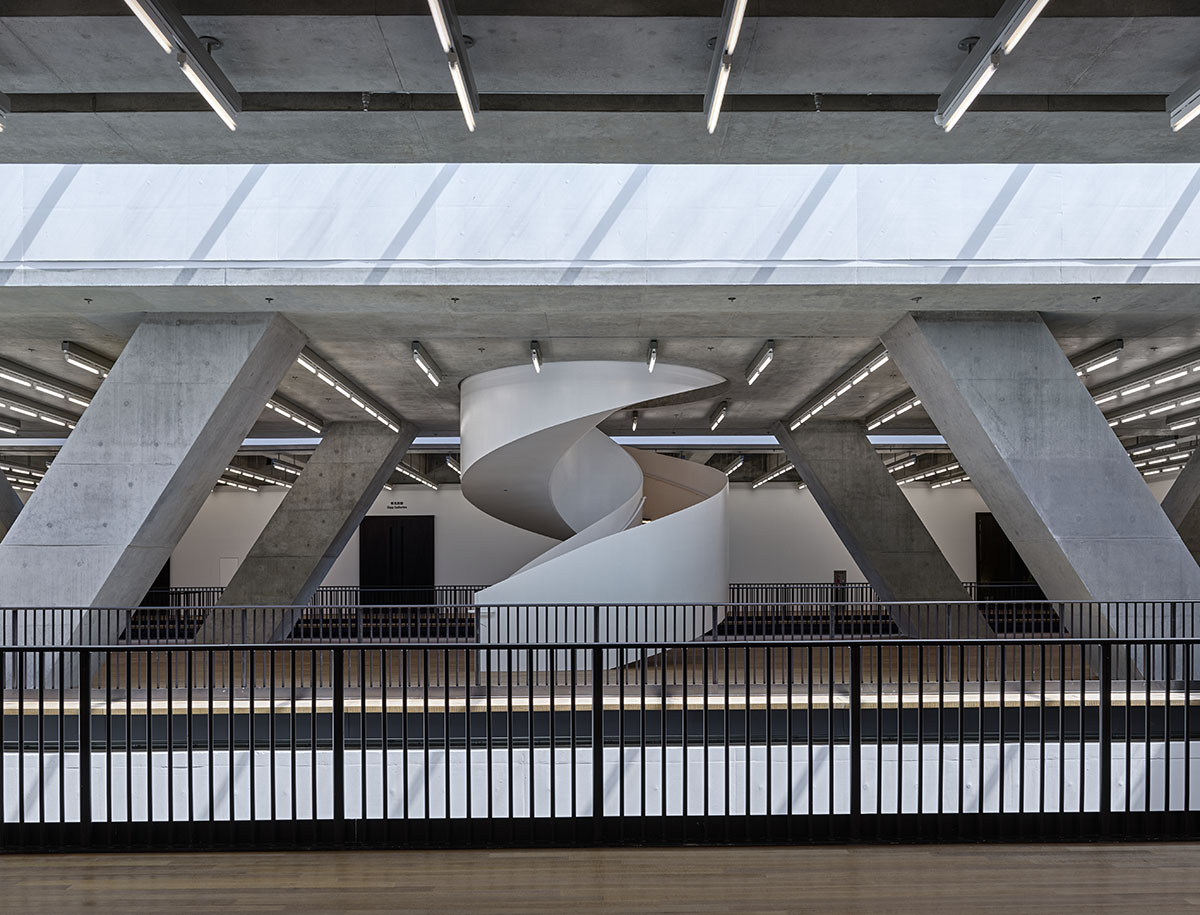 "I firmly believe that the future history of the art museum will be written to a significant degree in Asia. Few institutions will be more pivotal to that story than M+, a brand new centre for visual culture and a world-class landmark for a great international city. M+ delivers the stories from our part of the world, told by voices participating in and influencing the global conversation," said Suhanya Raffel, Museum Director, M+. 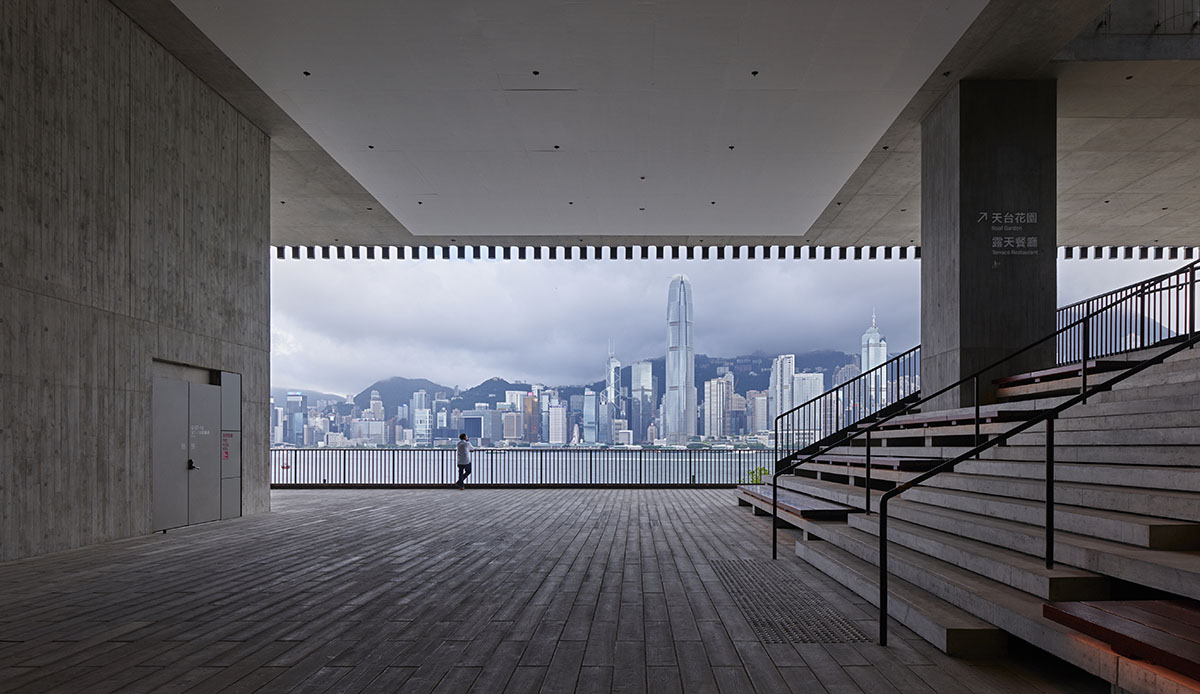 "M+ was founded in Hong Kong with an ambitious mission to create a new kind of multidisciplinary cultural institution dedicated to visual culture. No other museum has created a team, cultivated expertise, and invested resources and infrastructure to realise such a transformative vision on this scale," said Doryun Chong, Deputy Director, Curatorial and Chief Curator, M+.

"Compared to leading modern art museums in the West, M+ will look very different, because our vantage point on this side of the world is distinct. This is a multidisciplinary contemporary collection, grounded in Asia and like no other in the world," added Chong. 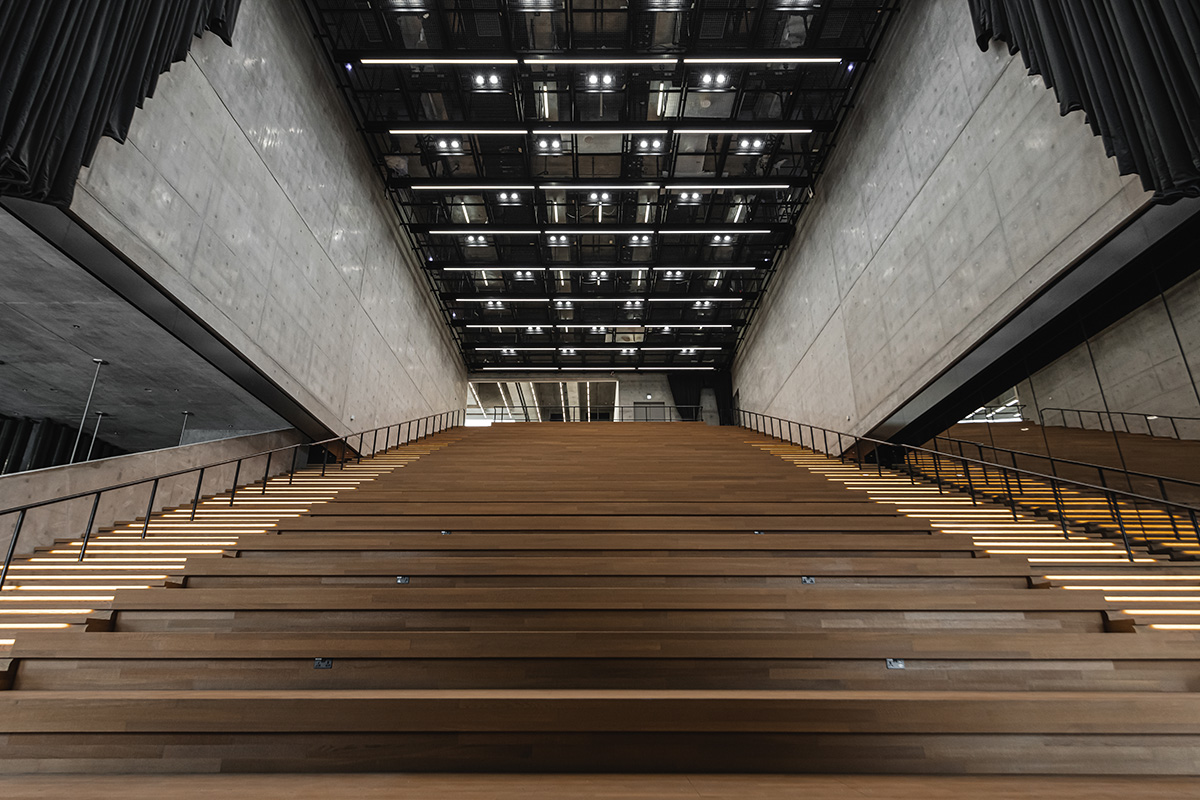 M+ is also pleased to announce its partnership with international publisher Thames & Hudson.

The partnership combines the publisher’s seventy years of illustrated book publishing experience and global reach with the unique mandate of M+, and helps expand the dialogue M+ has been constructing with audiences around the world. 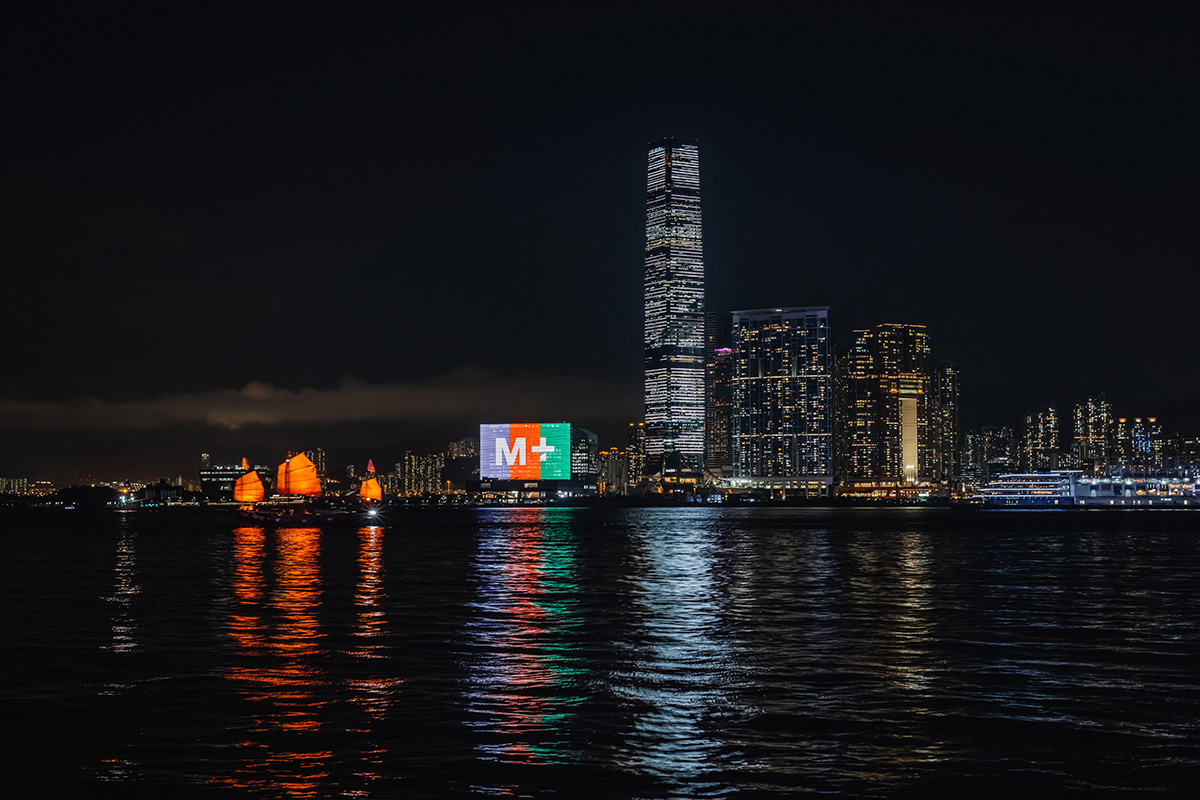 Herzog de Meuron was selected to design the M+ Museum in 2013. The firm releases revised images for the building in 2015 and the latest updates in 2018. In 2019, M+ Museum purchased Archigram archive for £1.8 Million.