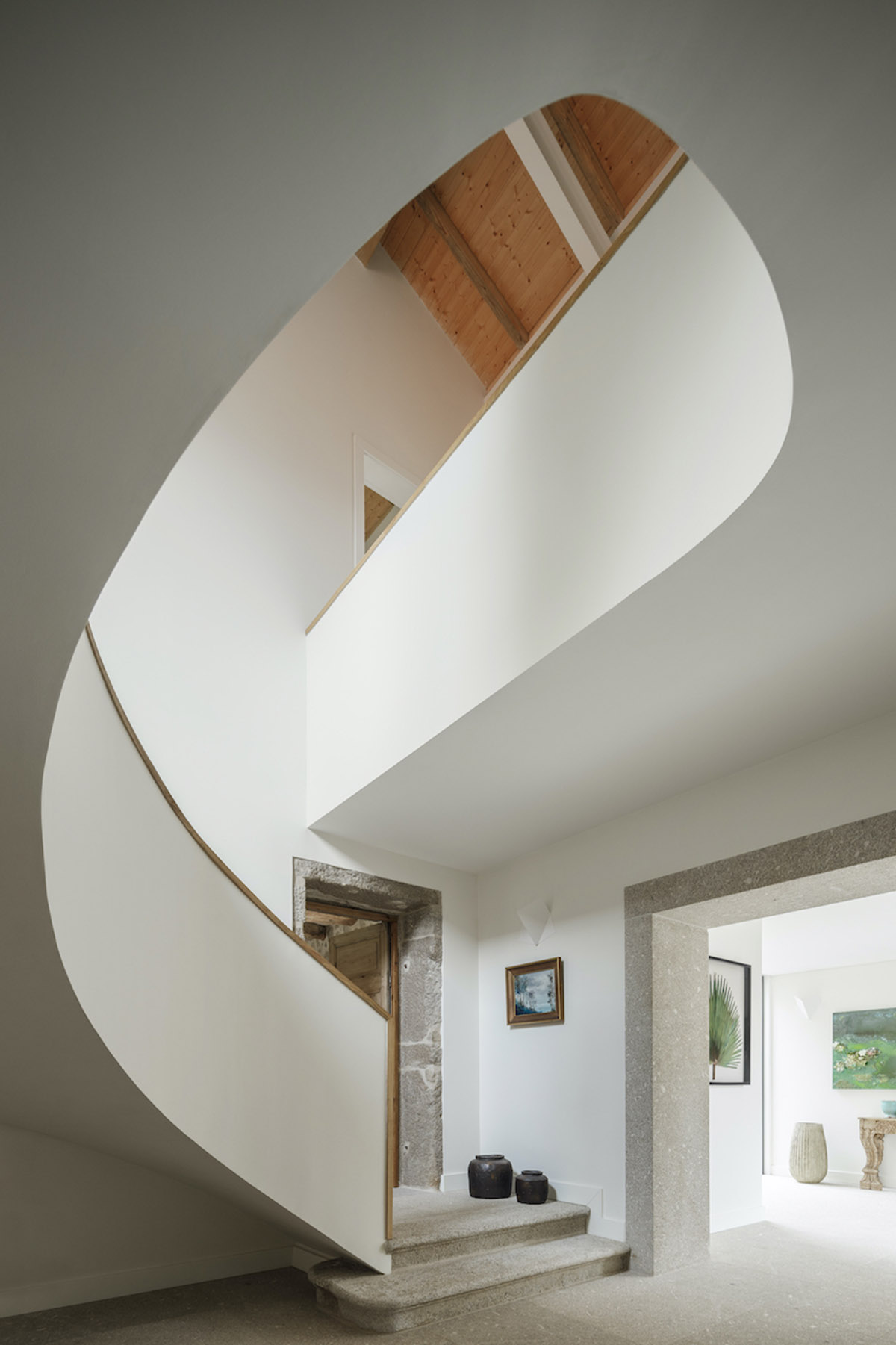 Casa Calçada by Ren Ito Architects was conceived with a desire to create a welcoming home while maintaining a good feel for its history. Located in Vilar do Paraiso near Porto, Casa Calçada’s main structure was originally built in the 18th Century. 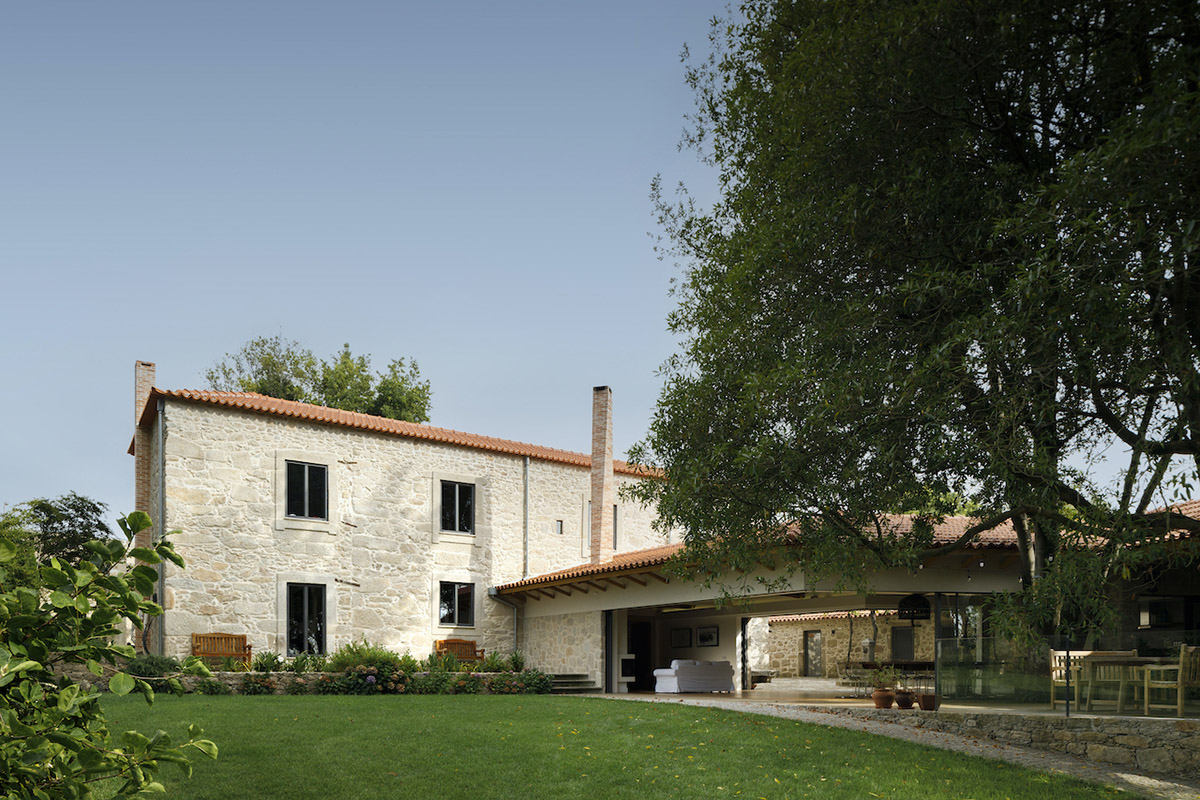 Mr. Ito, who is Japanese but has lived in Portugal for over 16 years, explains that his client turned out to be a person with a very keen sense of beauty and wanted an architect who would understand his idea. He was happy in what he saw as the architect's Japanese sensibility, which he - quite rightly - realised would allow him to bring his vision to fruition. 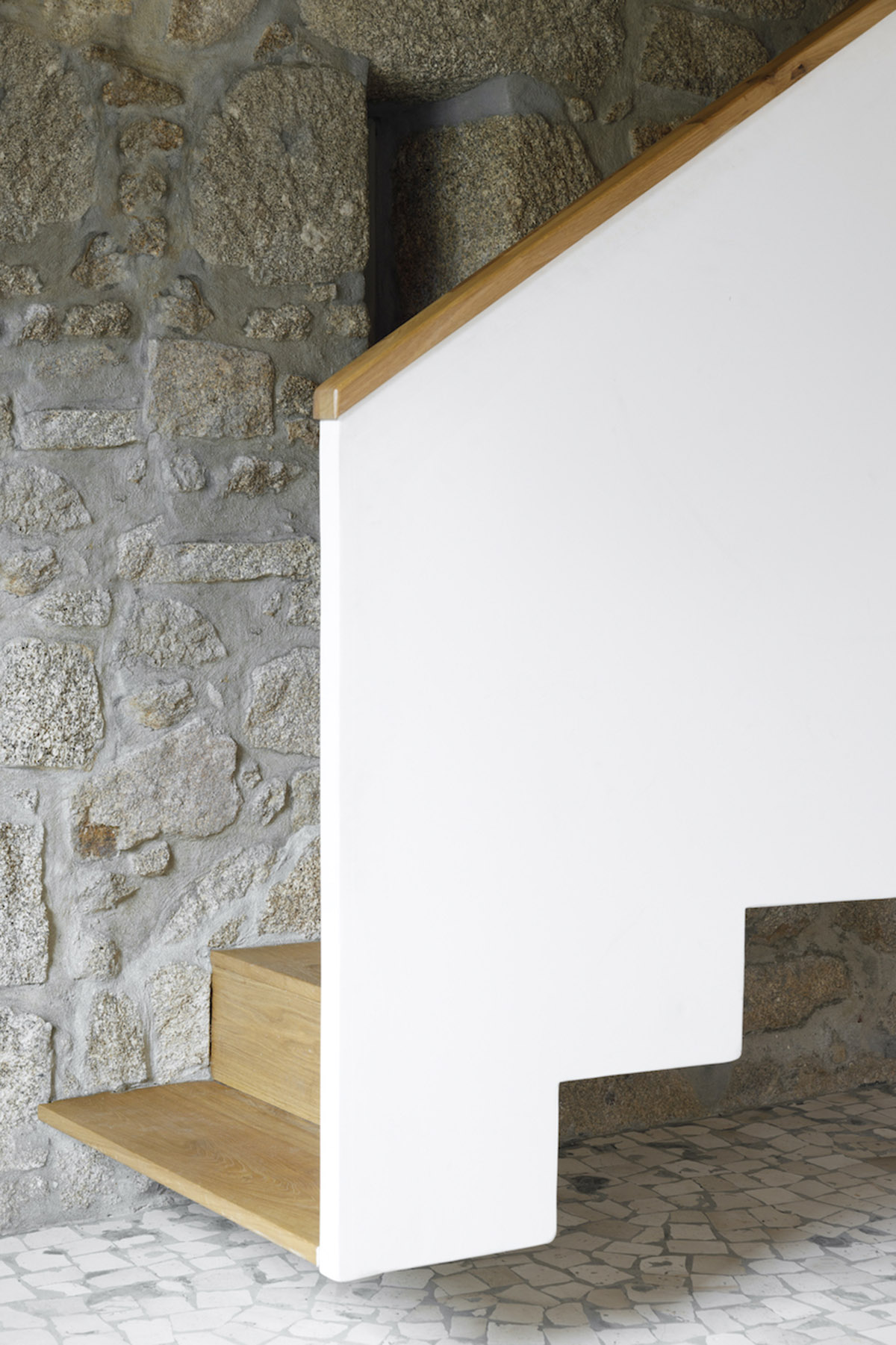 One of the challenges that faced them was that such an ancient structure lacked the air conditioning, heating and other creature comforts needed for today’s lifestyle. Indeed, the architect was able to achieve a design that would respect the historic value while providing required upgrades. 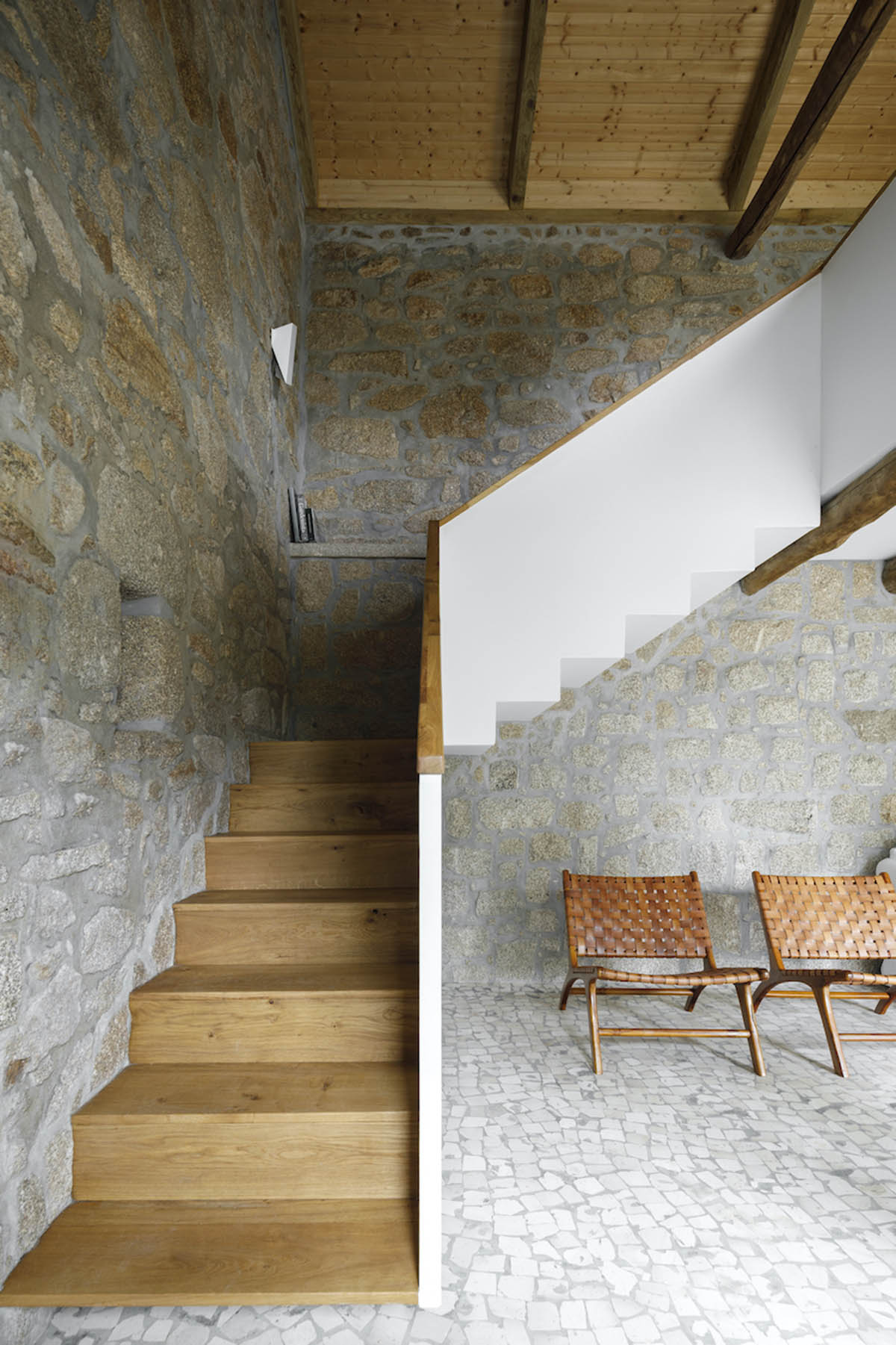 This is evident in the way in which the design allows for an elegant transition of the historical property into contemporary spaces, from the aptly called "Origami" light fixtures (designed by the architect himself), to bolder statements such as the beautiful spiral staircase; integrating elements that are as unobtrusive as they are respectful. 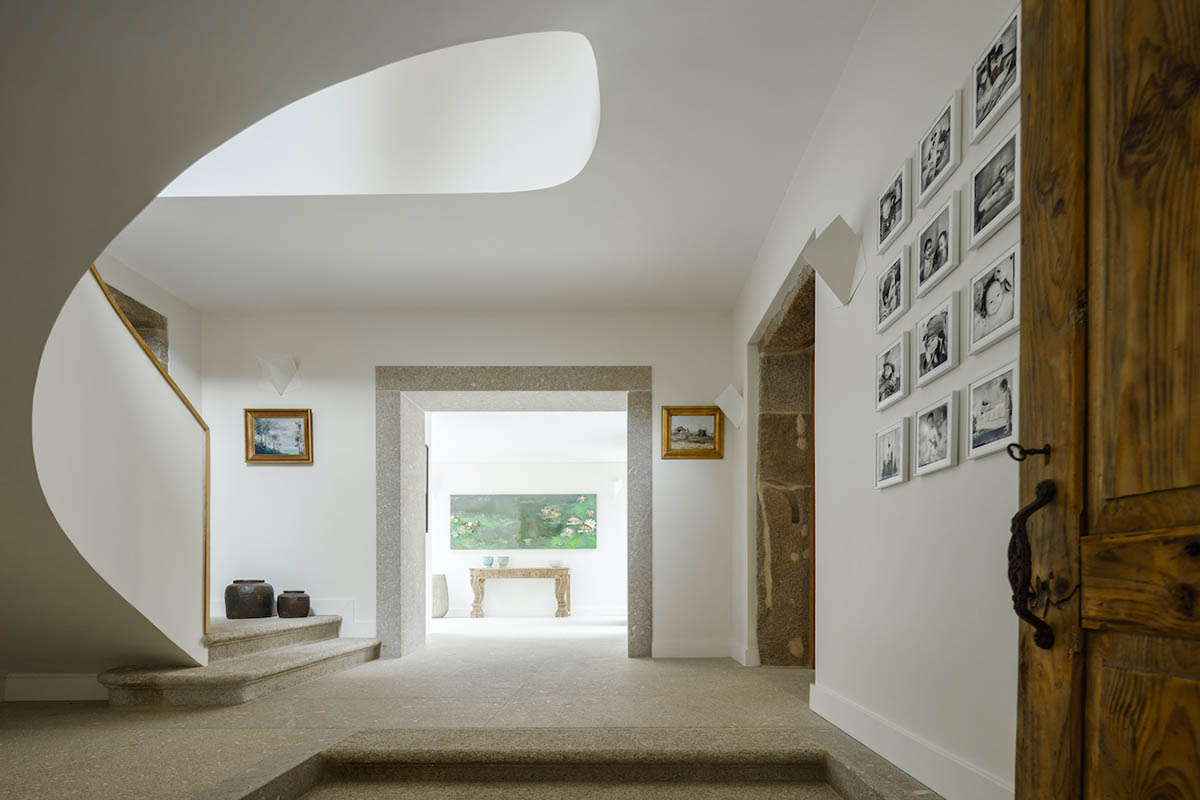 From the north side of the property one can see the patch of grass of the garden and towards the south a courtyard under grapevine areas separated from the living room only by its wide large windows which open completely creating a feeling of openness while linking the old with the new structure. 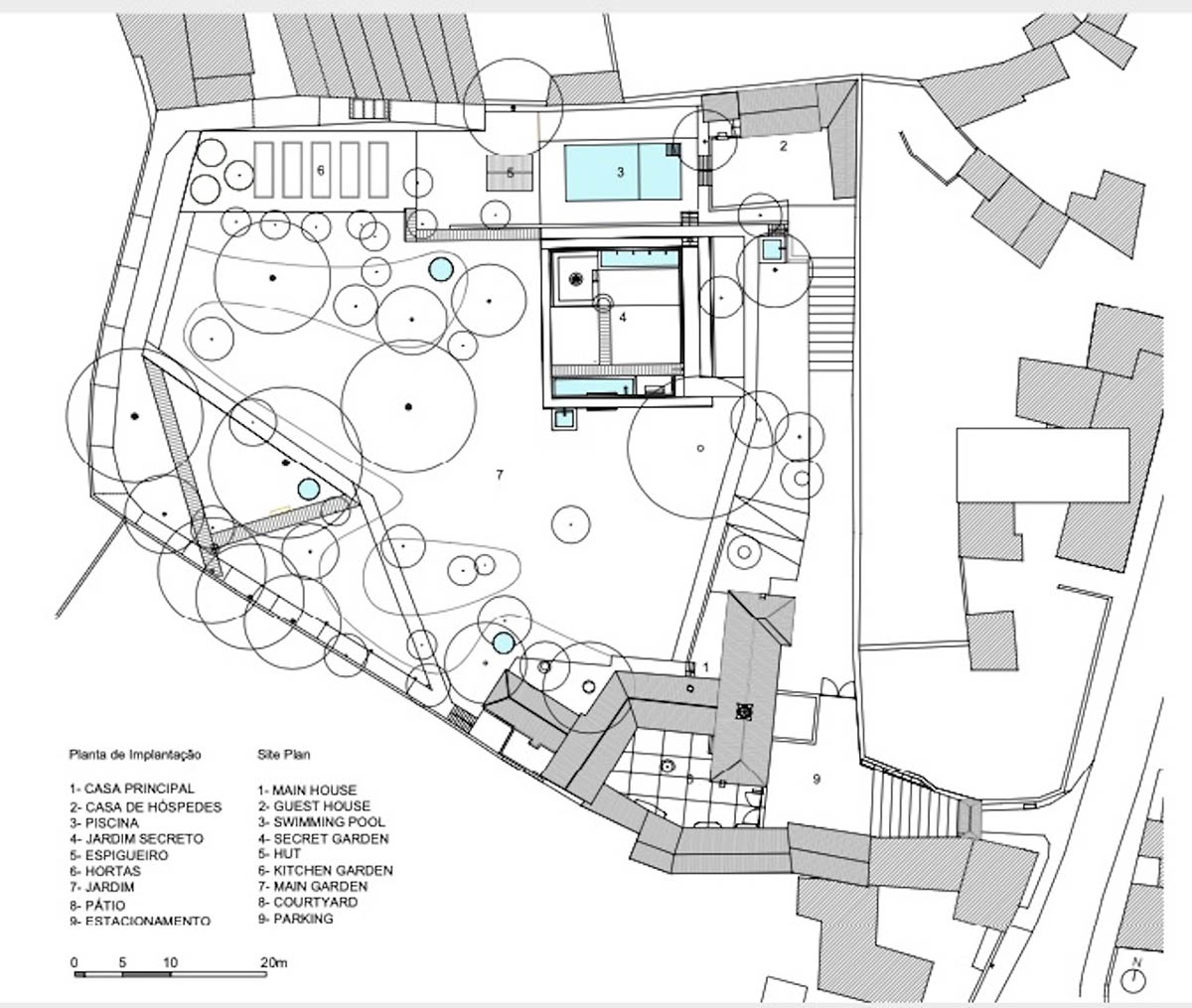 In conjunction with the existing 18th Century house, the intervention includes several annex buildings in this 5,000-square-metre manor site, and it was thus divided by these structures scattered throughout the property, each element was designed as a unique space, to serve as a residence and a guest house. 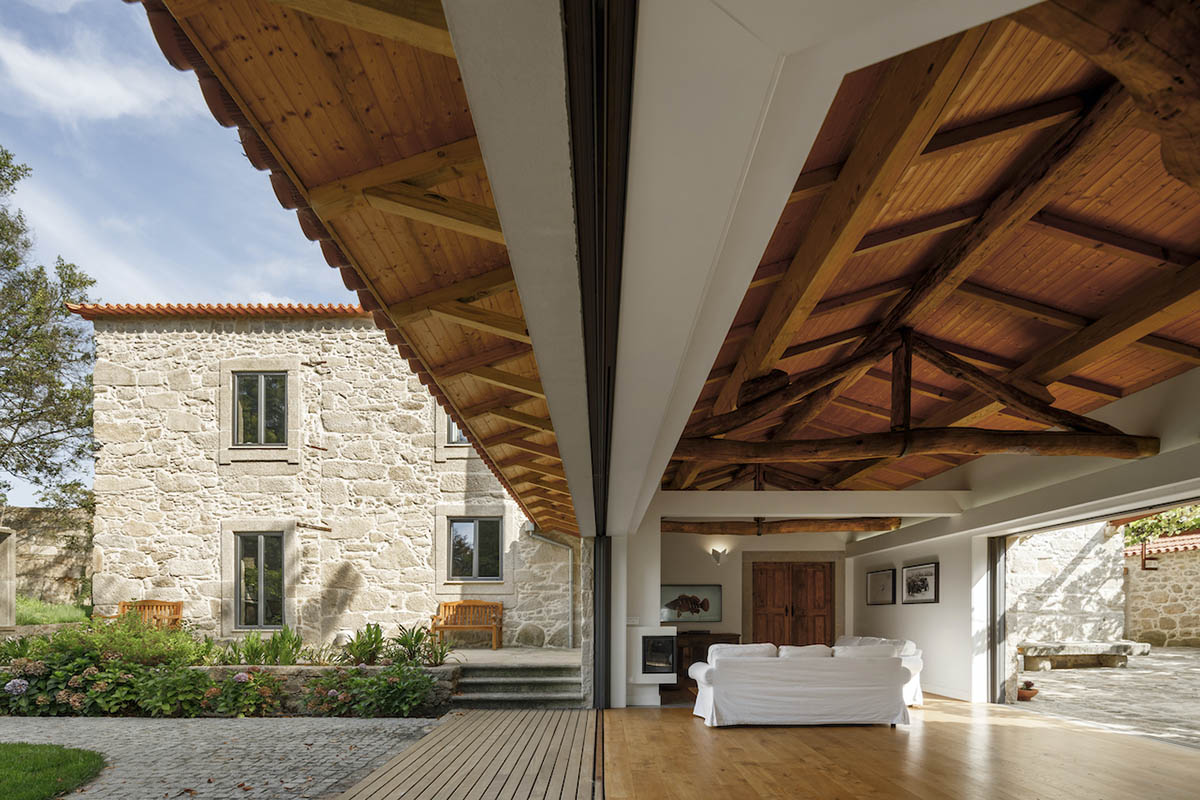 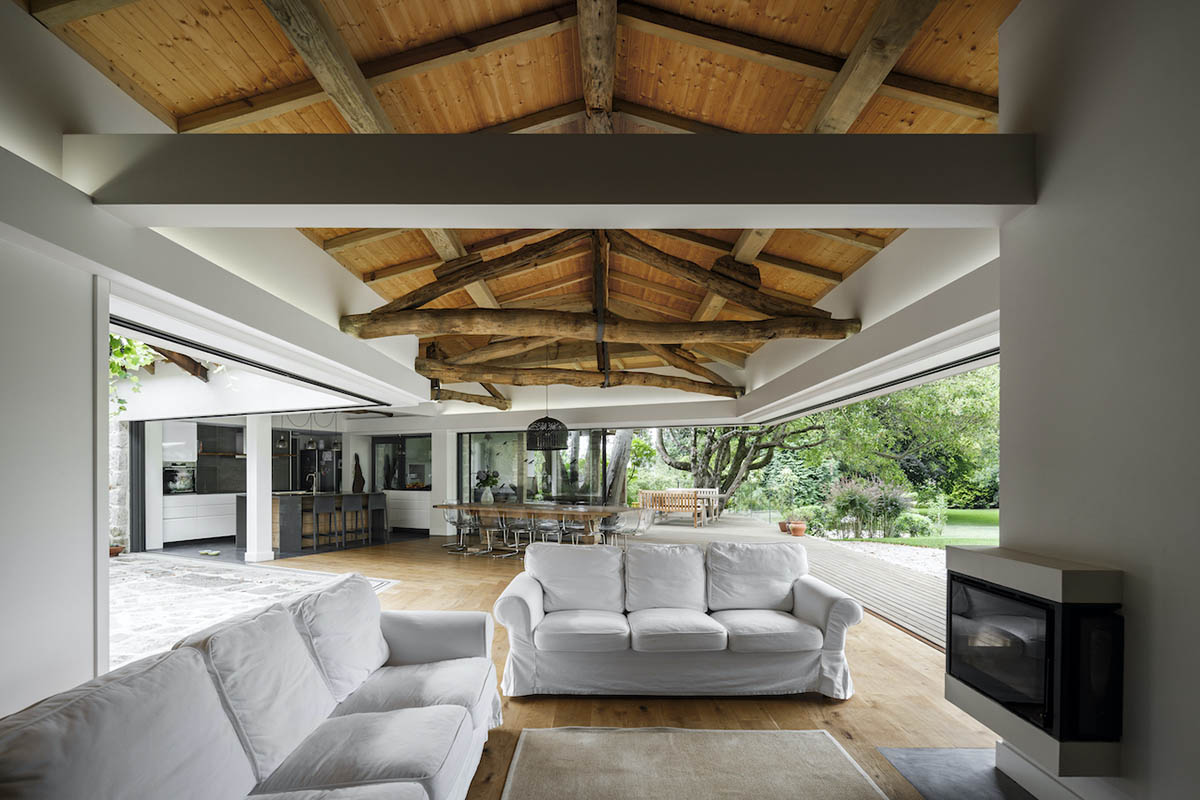 The ground floor of the main house is the center of  the “public” spaces, living, dining room and office; in the warmer months it is now kept open during the day - the private family spaces - bedrooms and bathrooms occupy the second floor, creating nurturing spaces with modern comfort while maintaining and highligting the historical elements of wood ands stone in place. 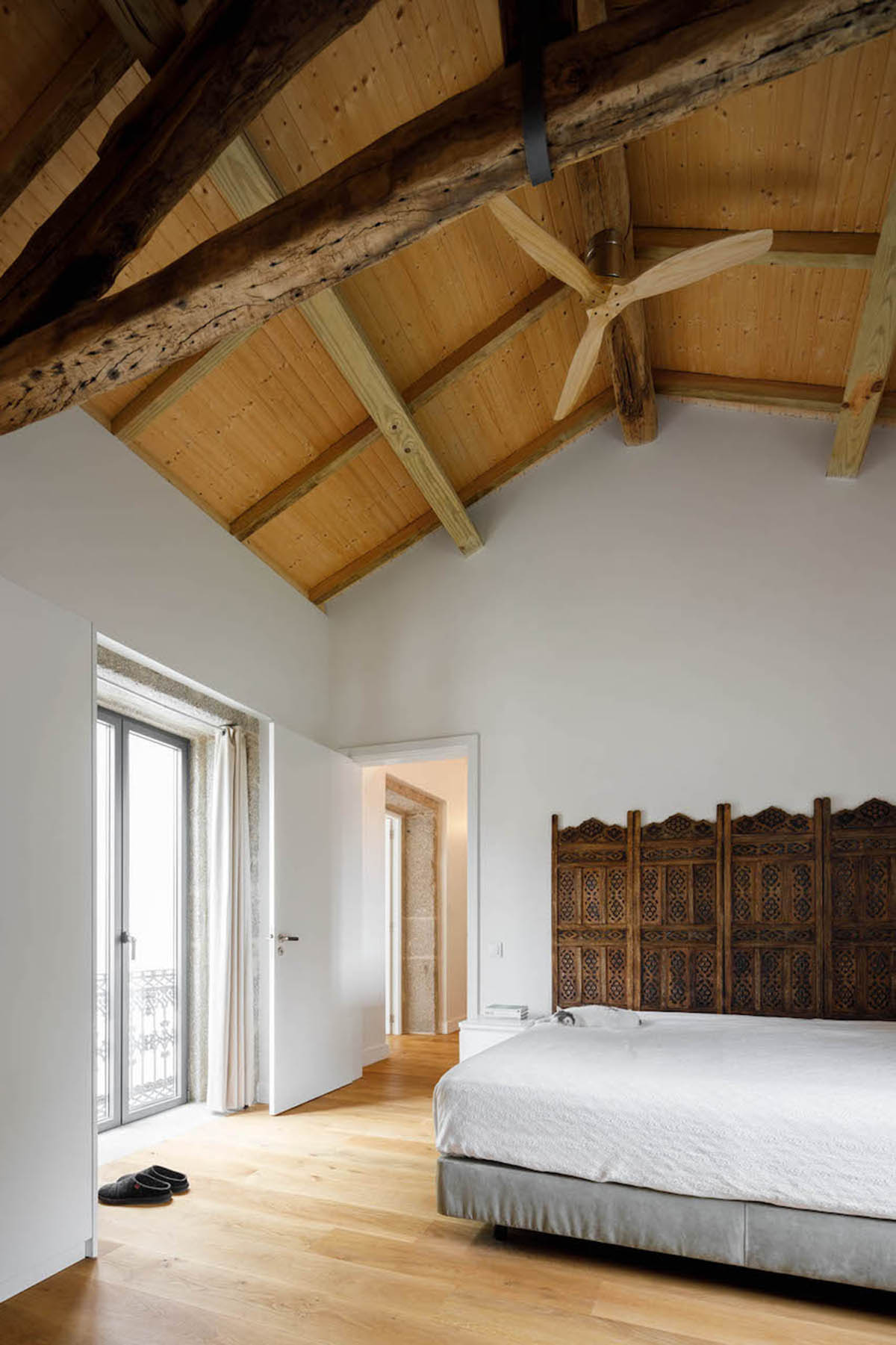 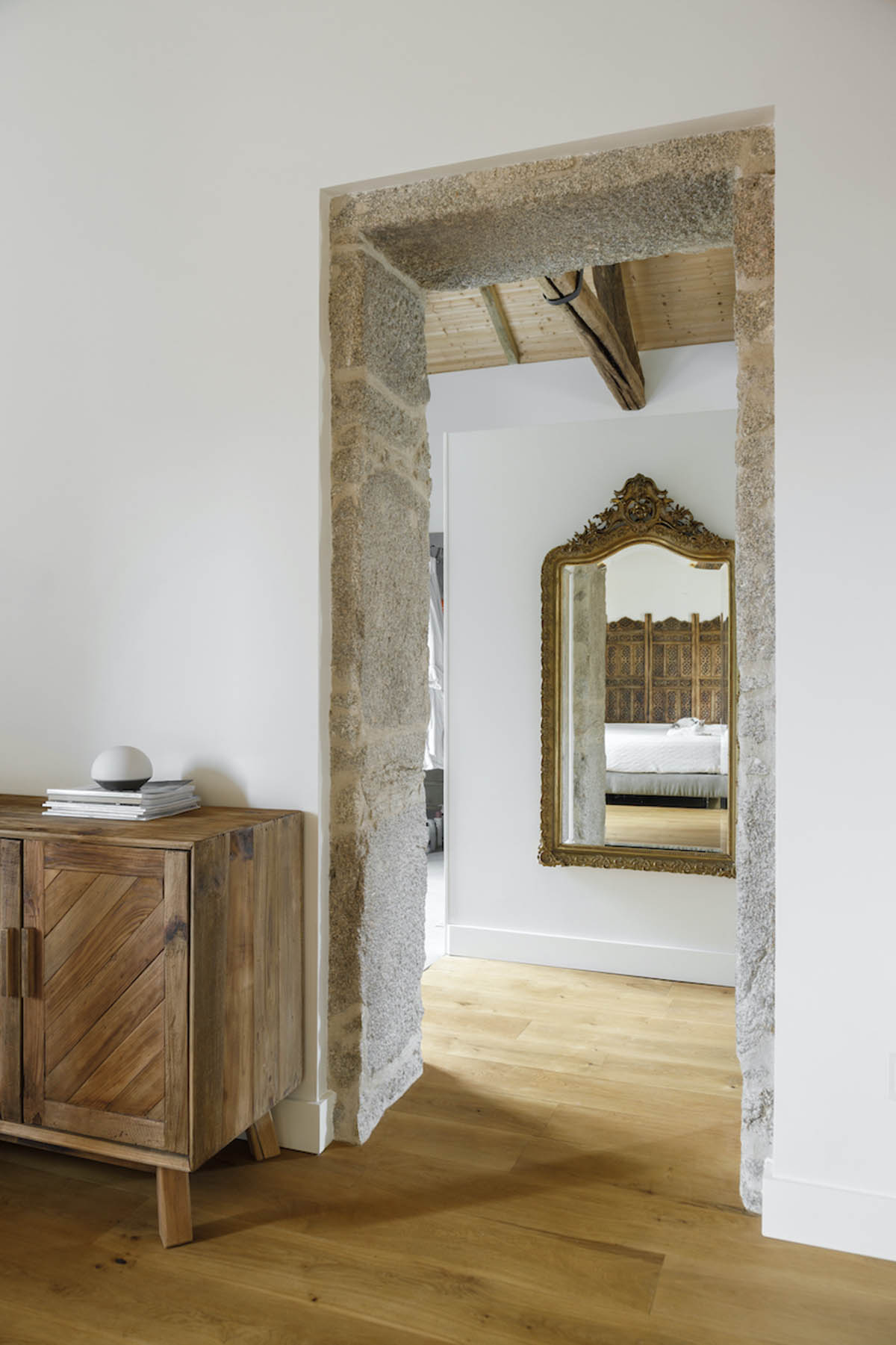 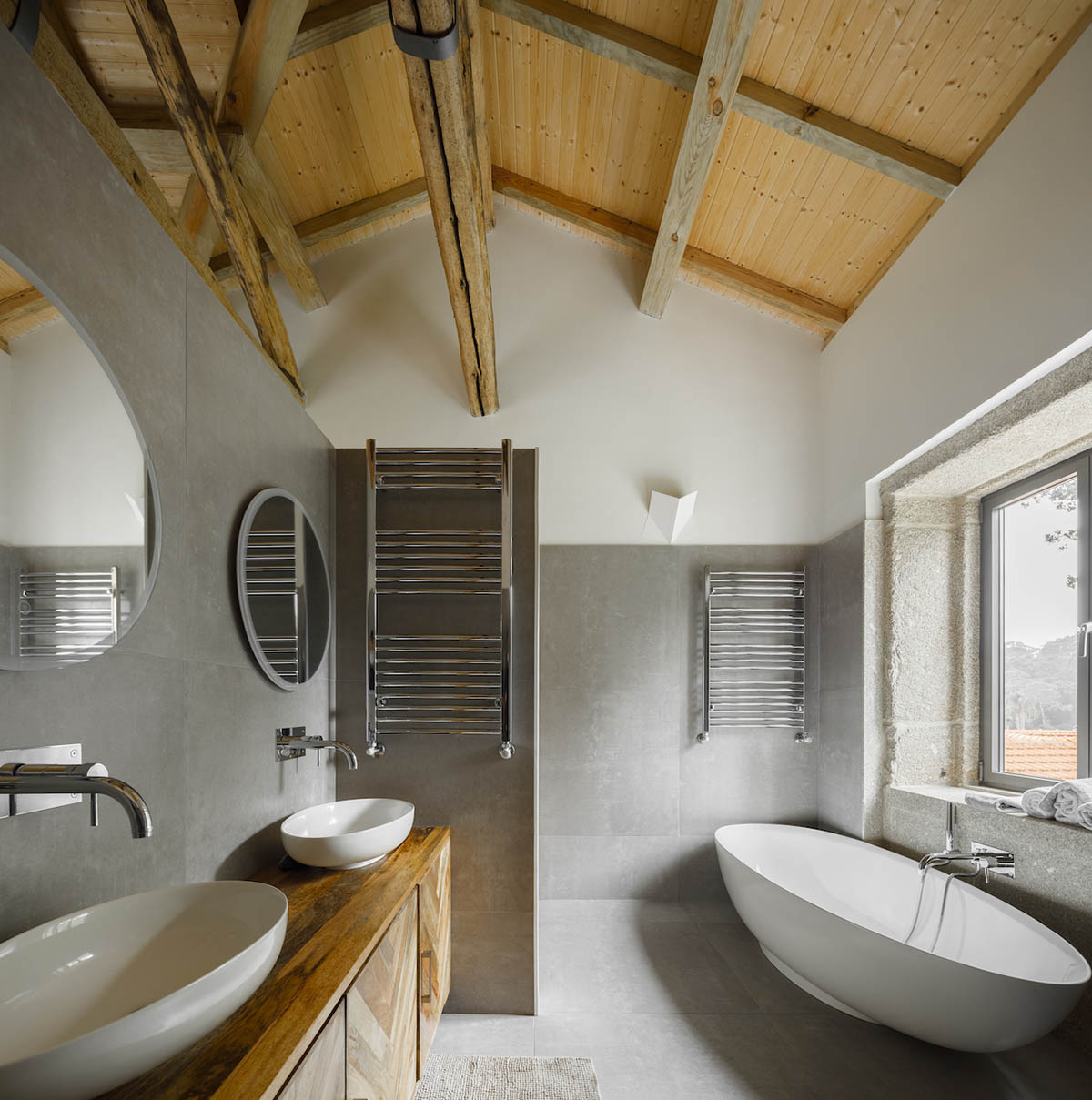 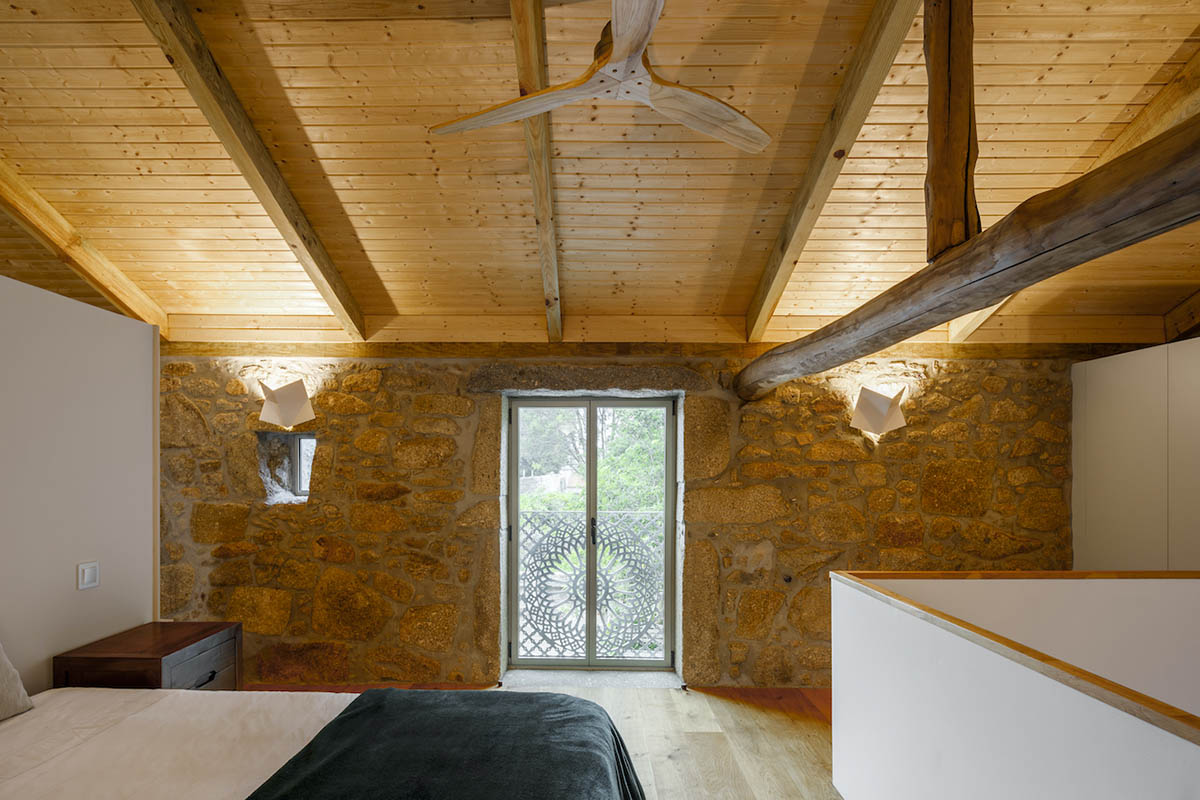 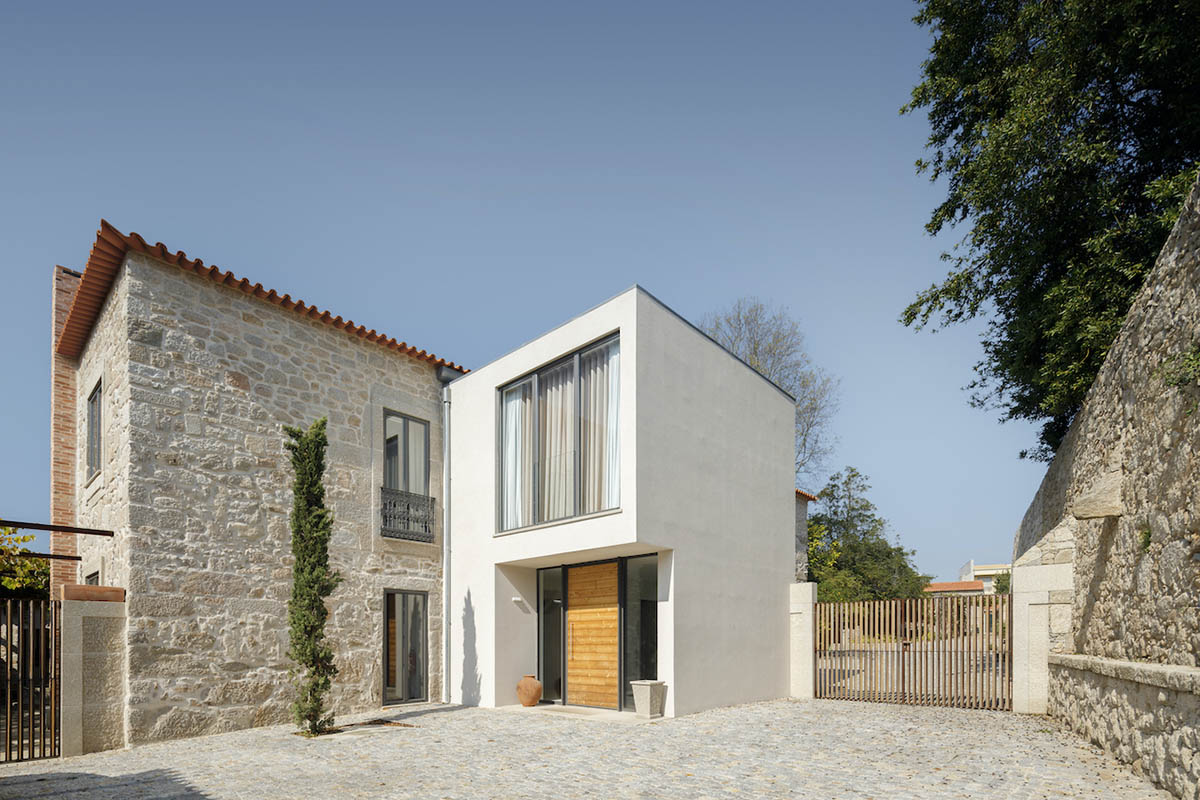 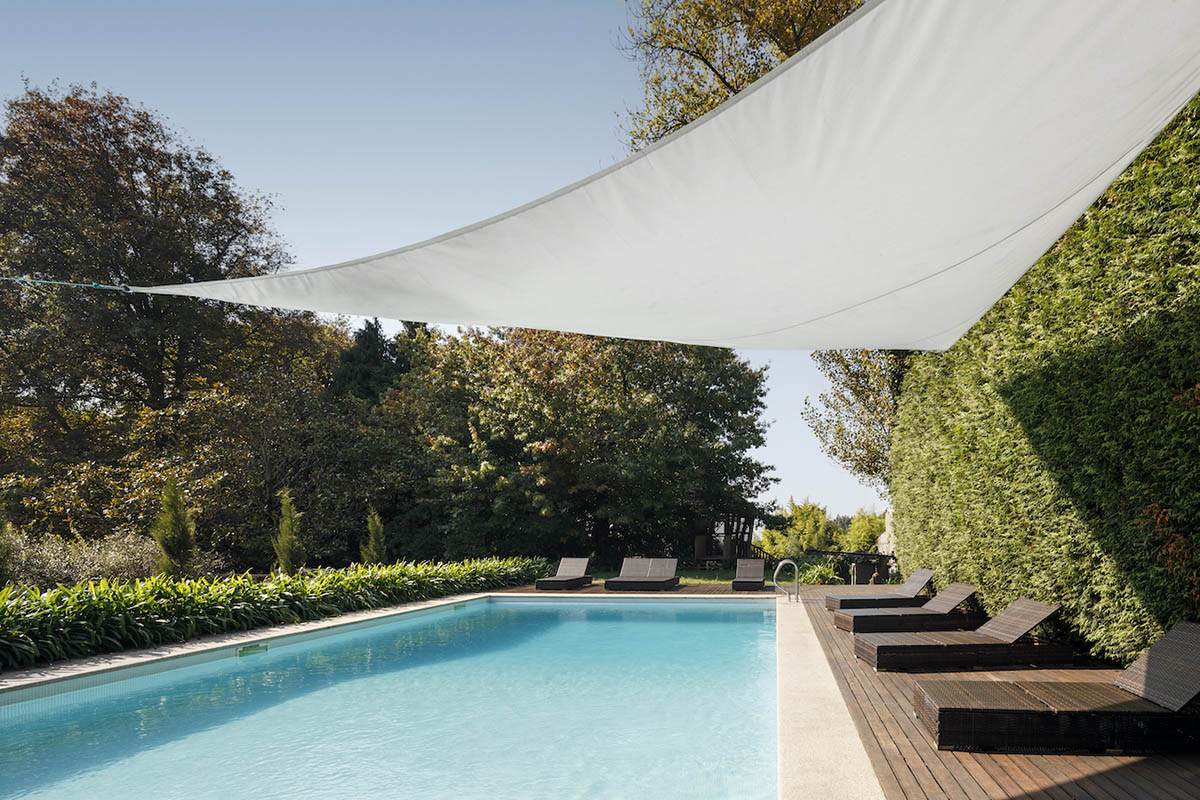 Adjoining the two-story guest house area are the swimming pool, a changing area, a bathroom and garden tool storage. An exterior kitchen, a wine cellar and a wine store, guest rooms and a gym are also part of it. The living room, dining room and kitchen are in the ground floor, the second floor has a bedroom and a bathroom. 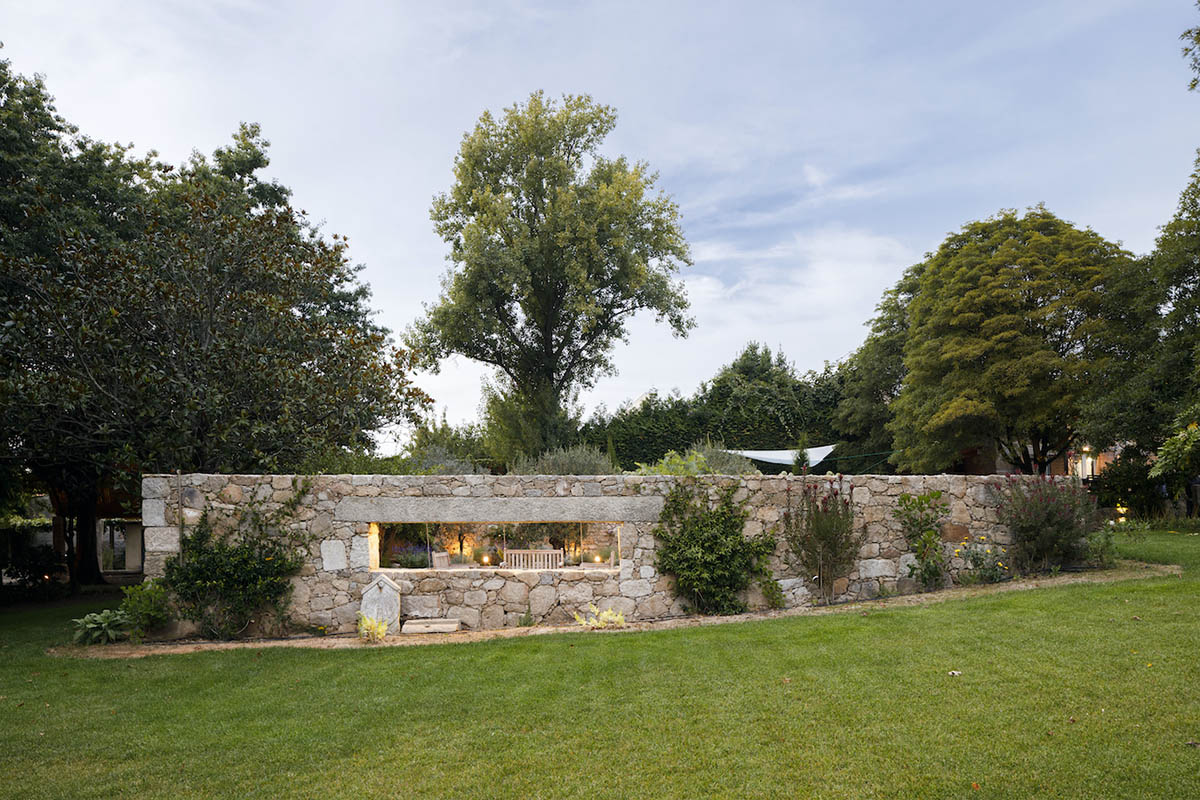 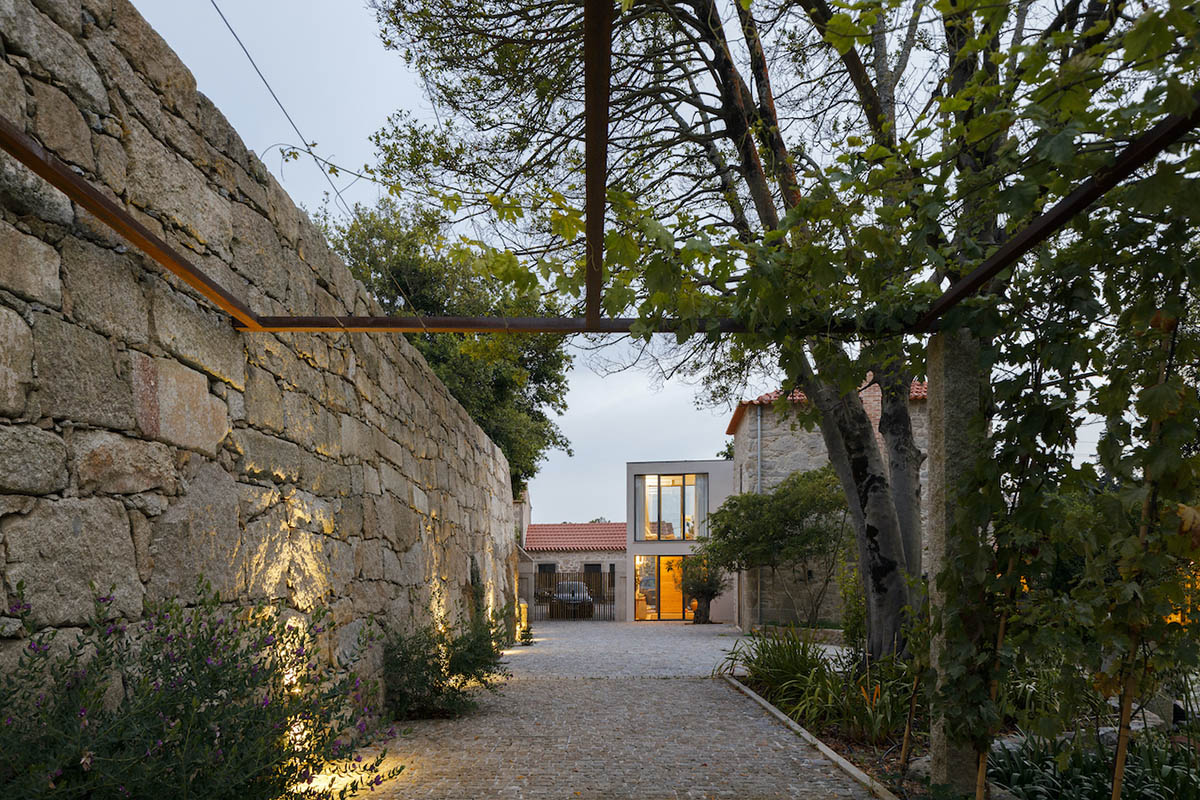 Casa Calçada is the original name of the manor house, and one that brings the Portuguese Calçada to mind; a traditional-style pavement used for many pedestrian areas all over the country, consisting of small flat pieces of stones arranged in a pattern or image, like a mosaic.

Here, it is an access path, a causeway under grapevine trellis and a rebuilt entrance gate that leads and welcomes visitors to the the house grounds