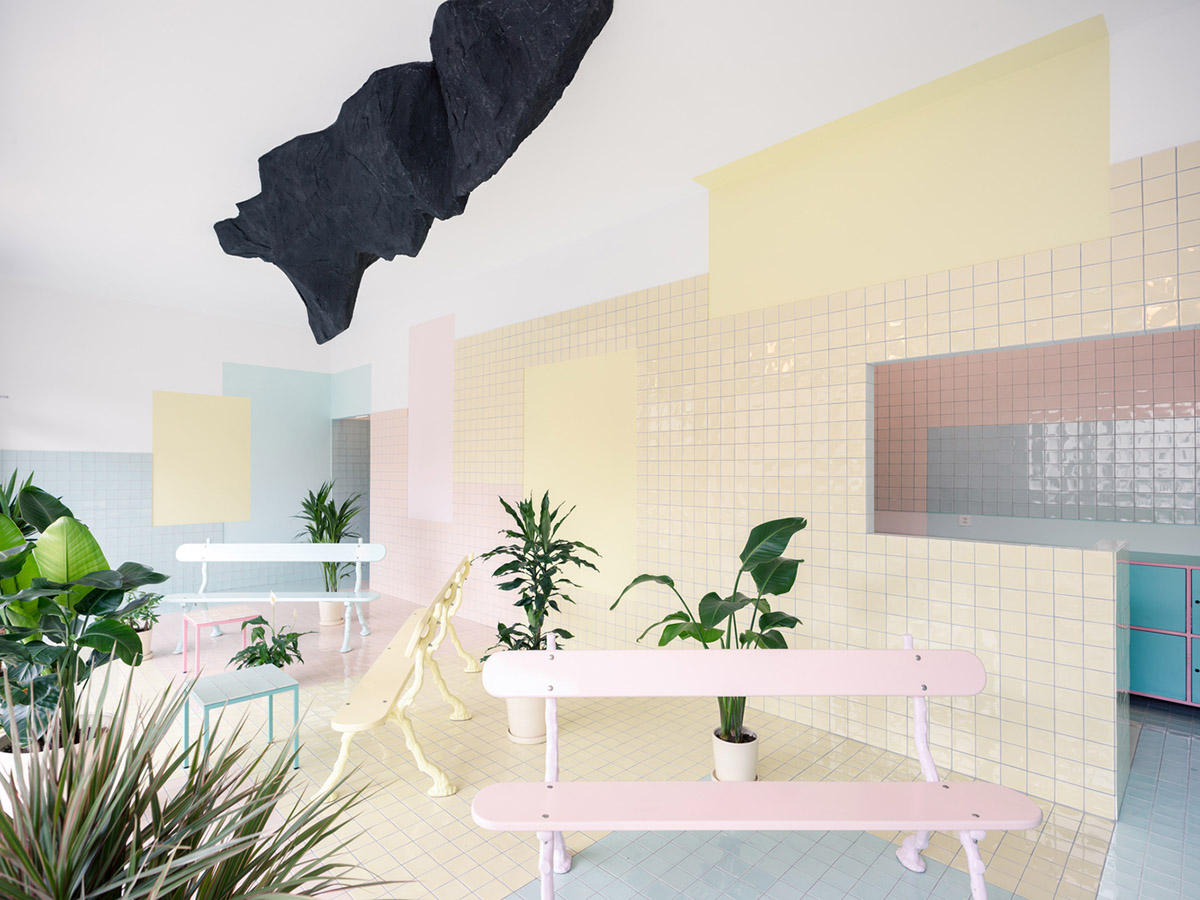 Geneva and Lisbon-based architecture studio BUREAU has created vivid and playfully-designed interiors for a wellness center in Geneva, Switzerland. 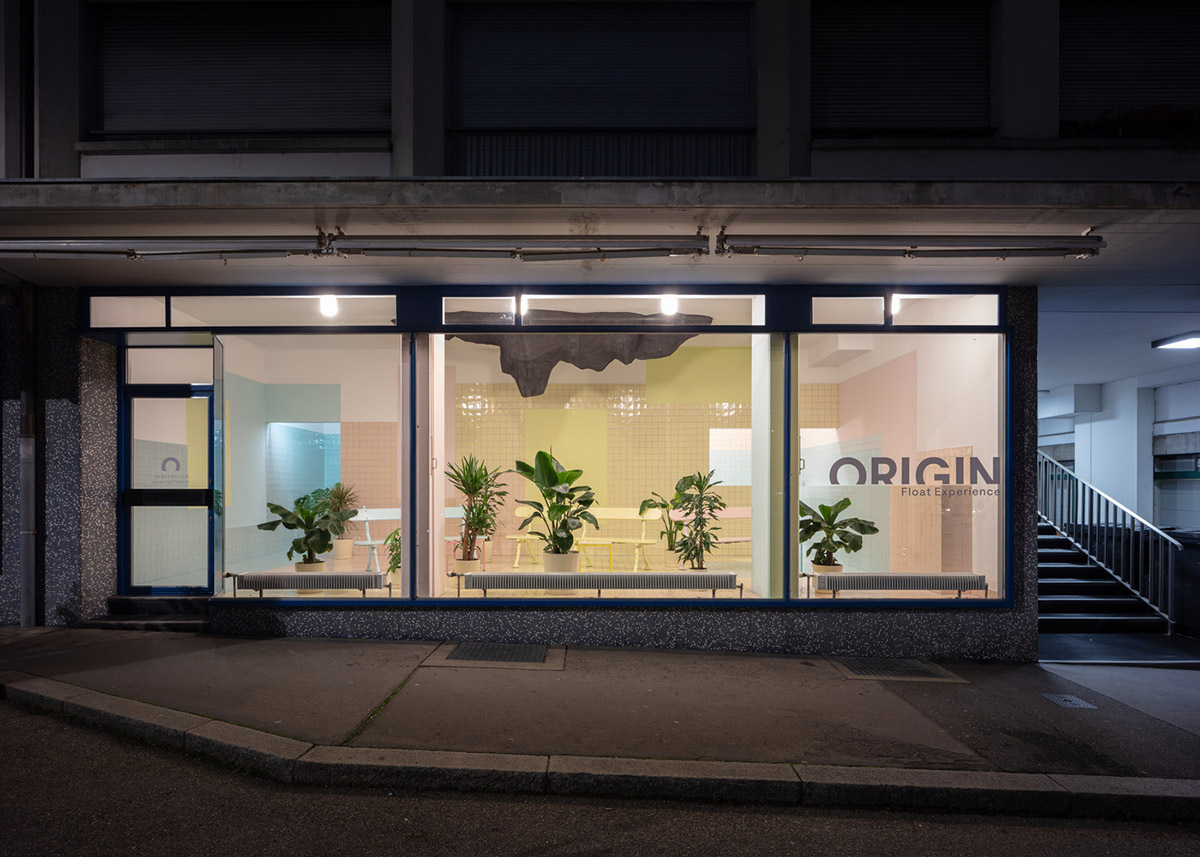 Colorful tiles on floor and walls, cabinets, shelves and long chairs evoke different sensations on a dreamy world to meet and stay longer in this space. 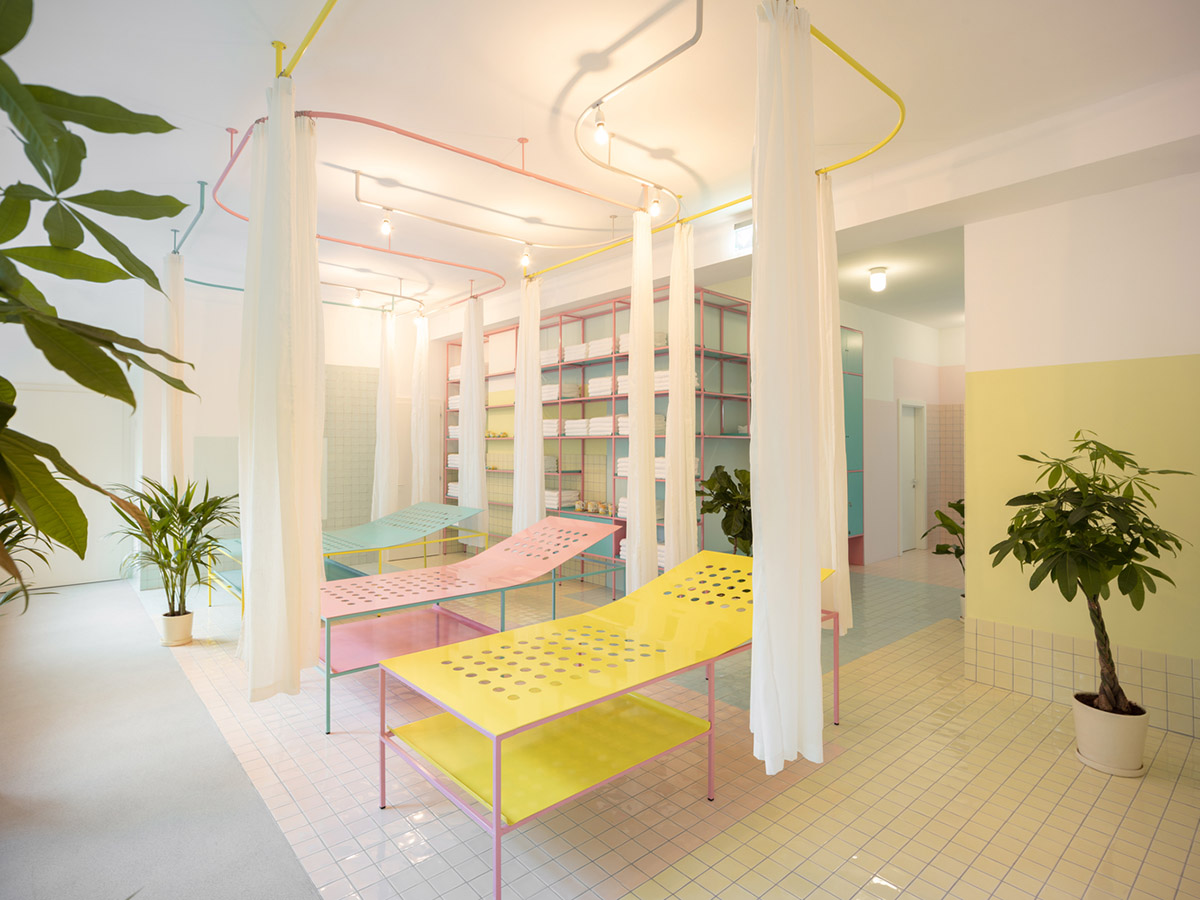 The architects aimed to design a project focusing on "floating", mentally and bodily experiencing a certain state of suspension, in a rather safe space, where the outside is imaginary, evoked, lived uniquely through imagery.

"From a very interiorized experience, one is thrown outside, traveling in and out," said the office. 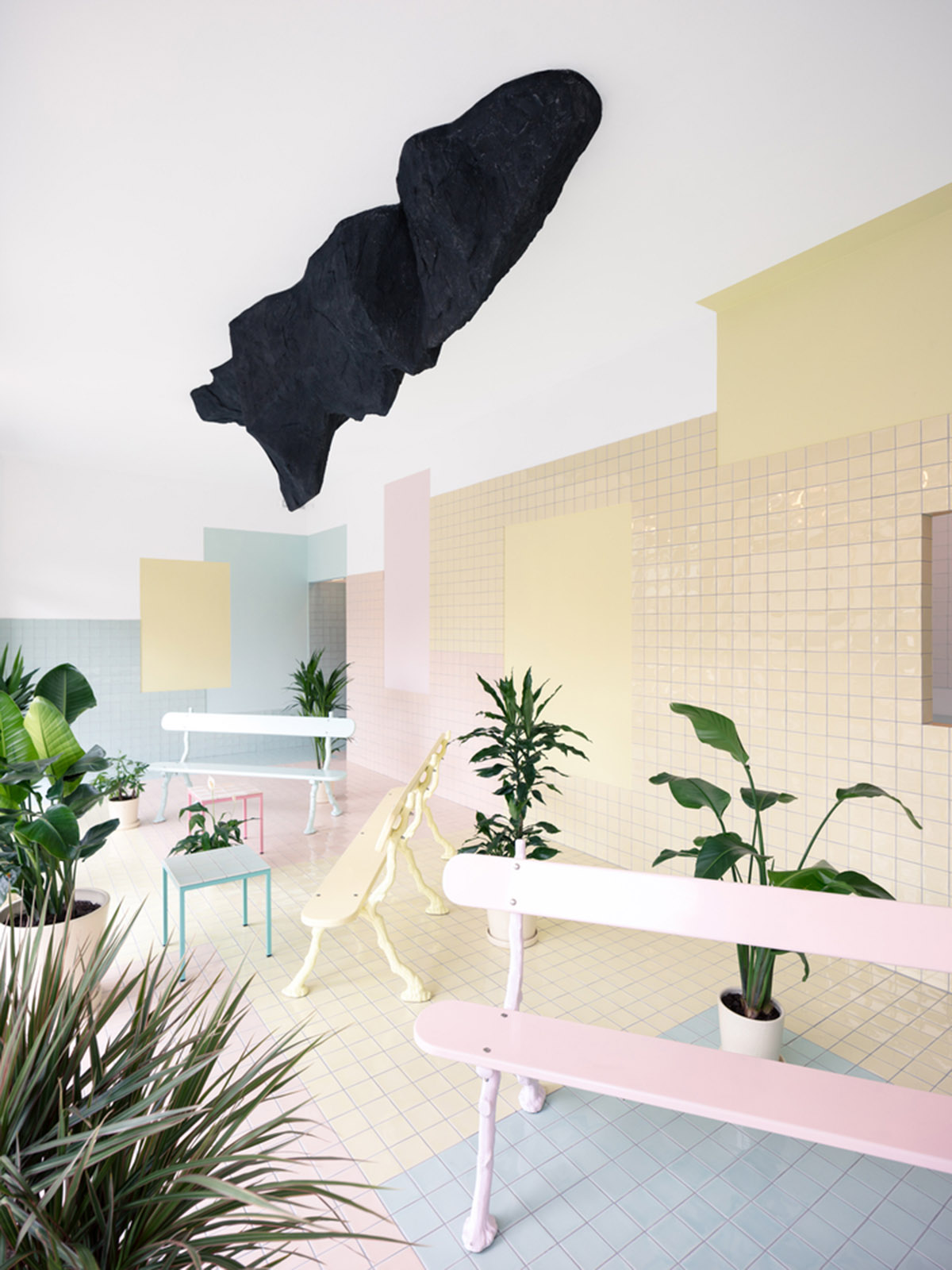 The architects didn't want to interpret the standard project brief, but rather they aimed to create a different spatial arrangement that brings customers to poetic world.

The team wanted to reflect on how to create a world from which one can rest and imagine, evocative, abstract yet somewhat graspable. 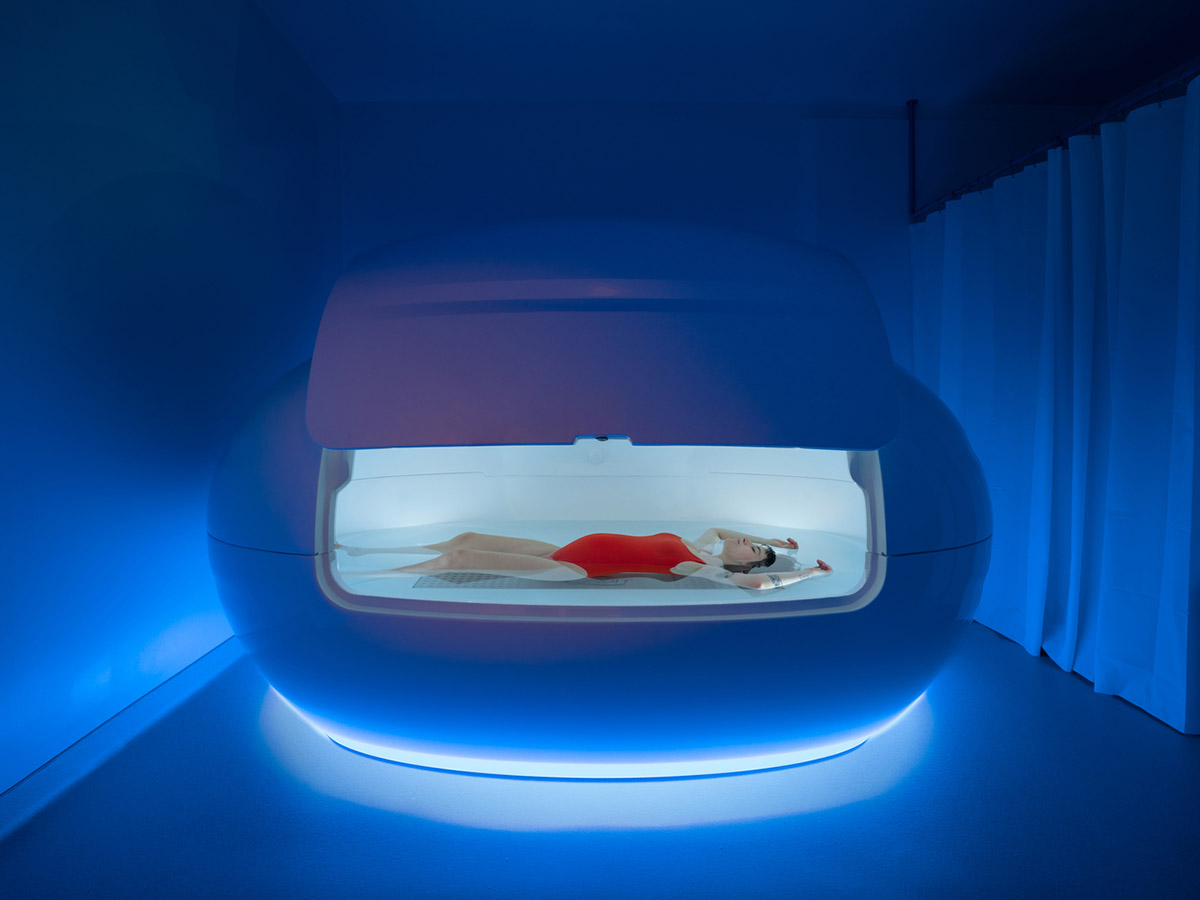 "When one closes the eyes, the light that has been absorbed, lived transforms into colors, flashes that connect with undefined sensations," added the BUREAU team.

"Connecting realities, perceived in the space but also, most of them, outside of it."

Inspired by Iranian-born photographer Shirana Shahbazi's works, the architects said that "the spaces in ORIGIN are about the progression towards that state, through colours, materials, living beings (plants) that accompany the experience of floating naked on a highly salted water pod." 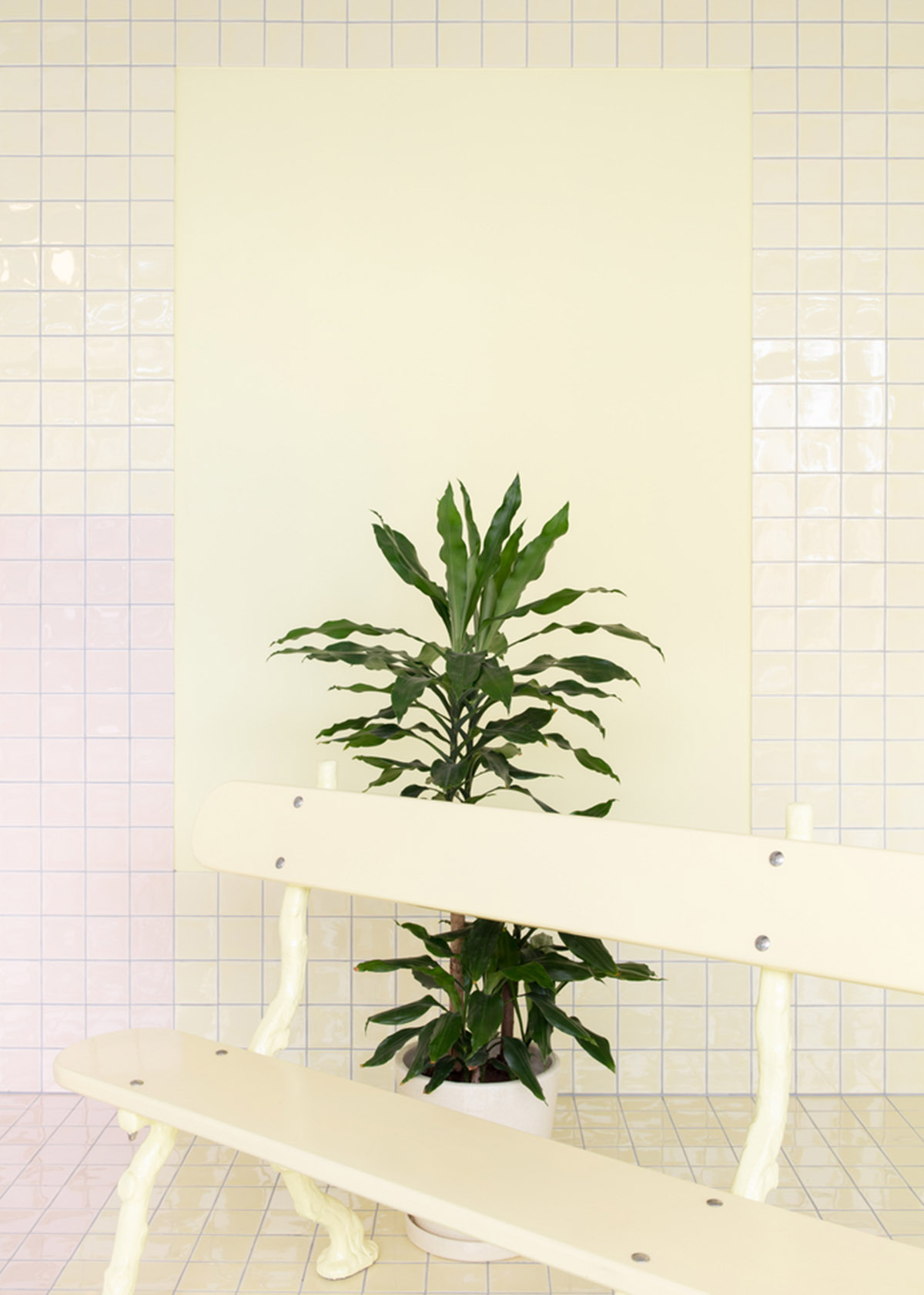 The studio added that "the realness of her photography, but also the multiple possible(s) of the spaces that she proposes. Travels, journeys through sensations, lived realities, precise moments but also unprecise relations, liquid ones, without the need to explain, certainly with the impossibility to explain all of it, no need." 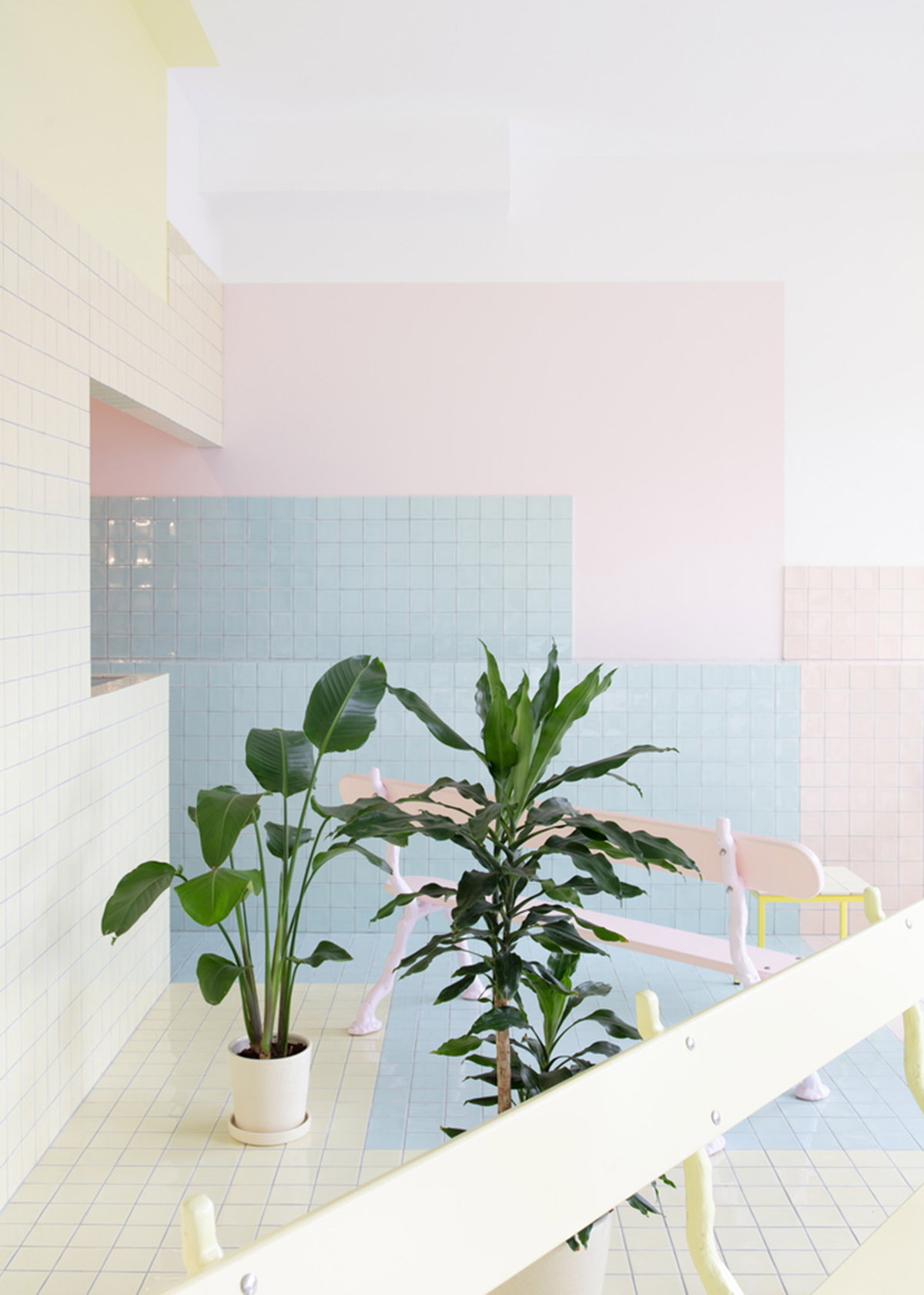 Inside, the architects proposed a series of colours that wrap and unfold everything they encounter. The space acts like opening the book of a space that proposes an insular pause, outside of everything but in a strong interiority. "The progression attempts to fluidly sequence the steps of the user, taking her inside, from a sort of unreal, bi-dimensional image – the show window, or Jeff Wall’s lightboxes – to the extreme intimacy of the water pod," added the studio. The team used curtains, rails, vertical lines, horizontals surfaces, shelves, long chairs, more lines, tile grid as a guiding measure. According to the architects, all of these design elements contribute to a strong subjectivity of perceptive frames that are altered by other patches of colours, space-holders.

"Within that rather abstract journey, a series of ridiculous figurative elements perturb a possible purity or integral coherence. Benches, an “objet-trouvé” from early 20th-century urban park tradition," the team continued. 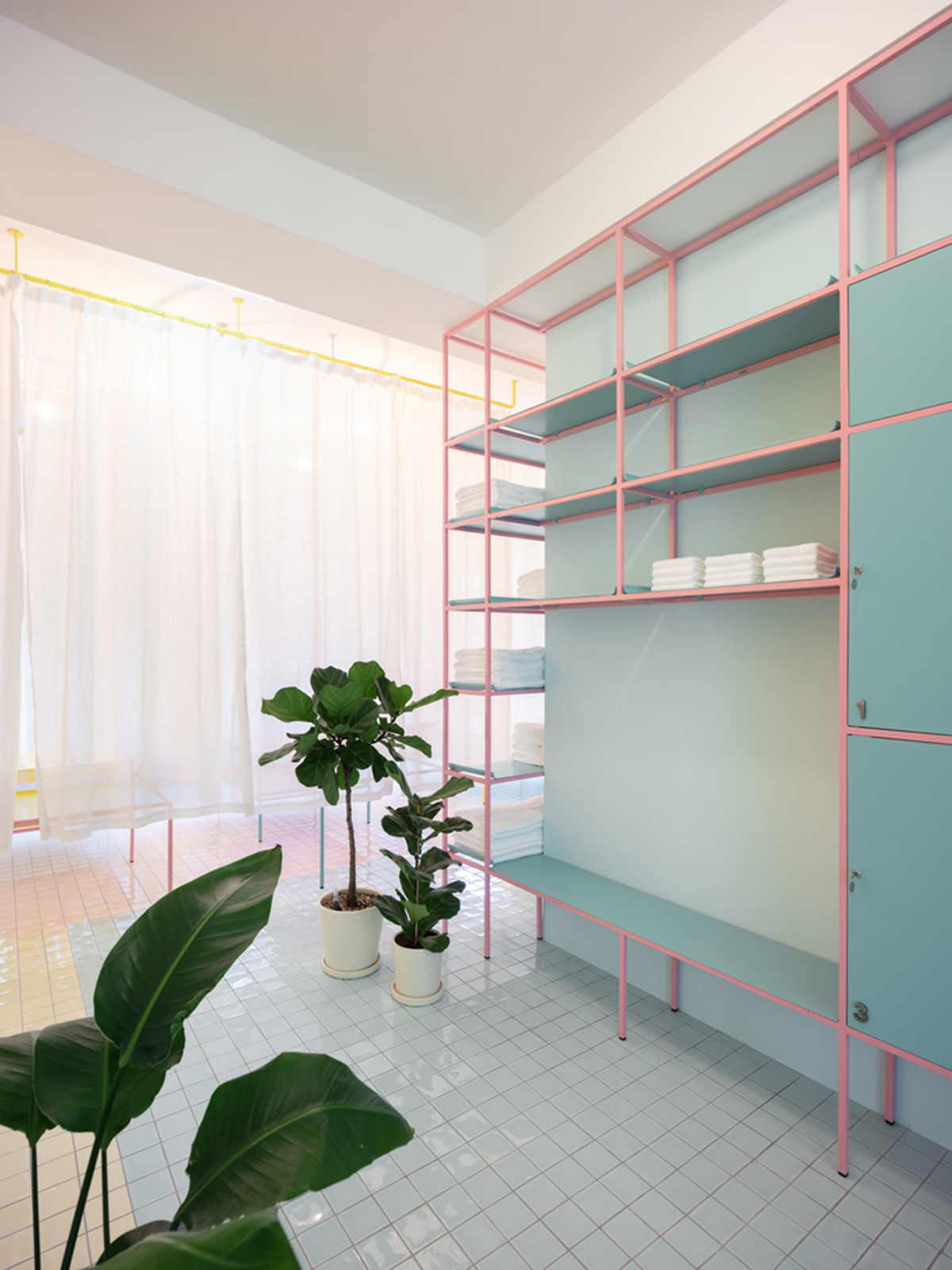 A surrealist touch, enriched with a black-colored sculpted piece described as "a strangest reversed immorality", emerges down from the ceiling, while plants become part of the interior space. 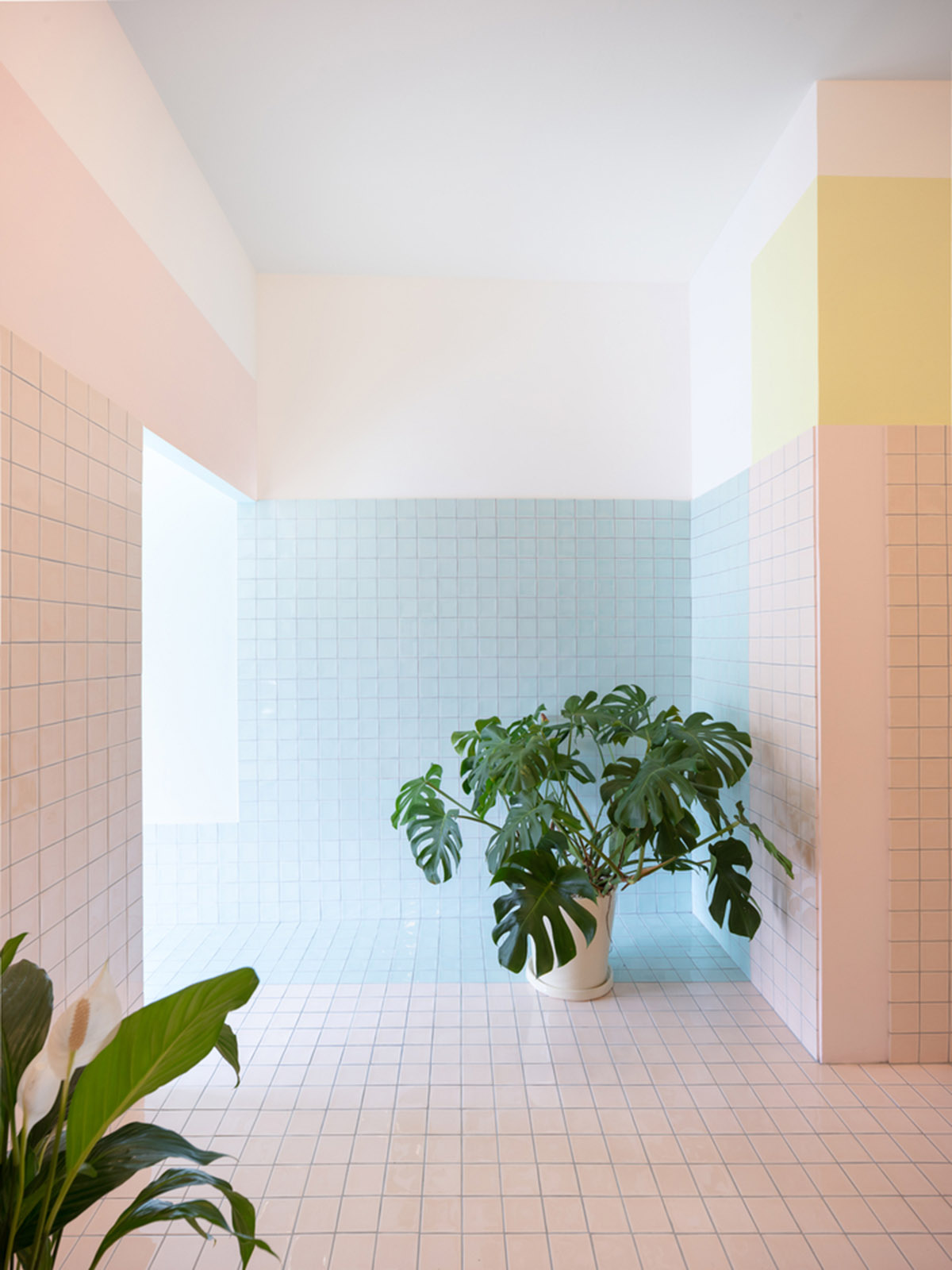 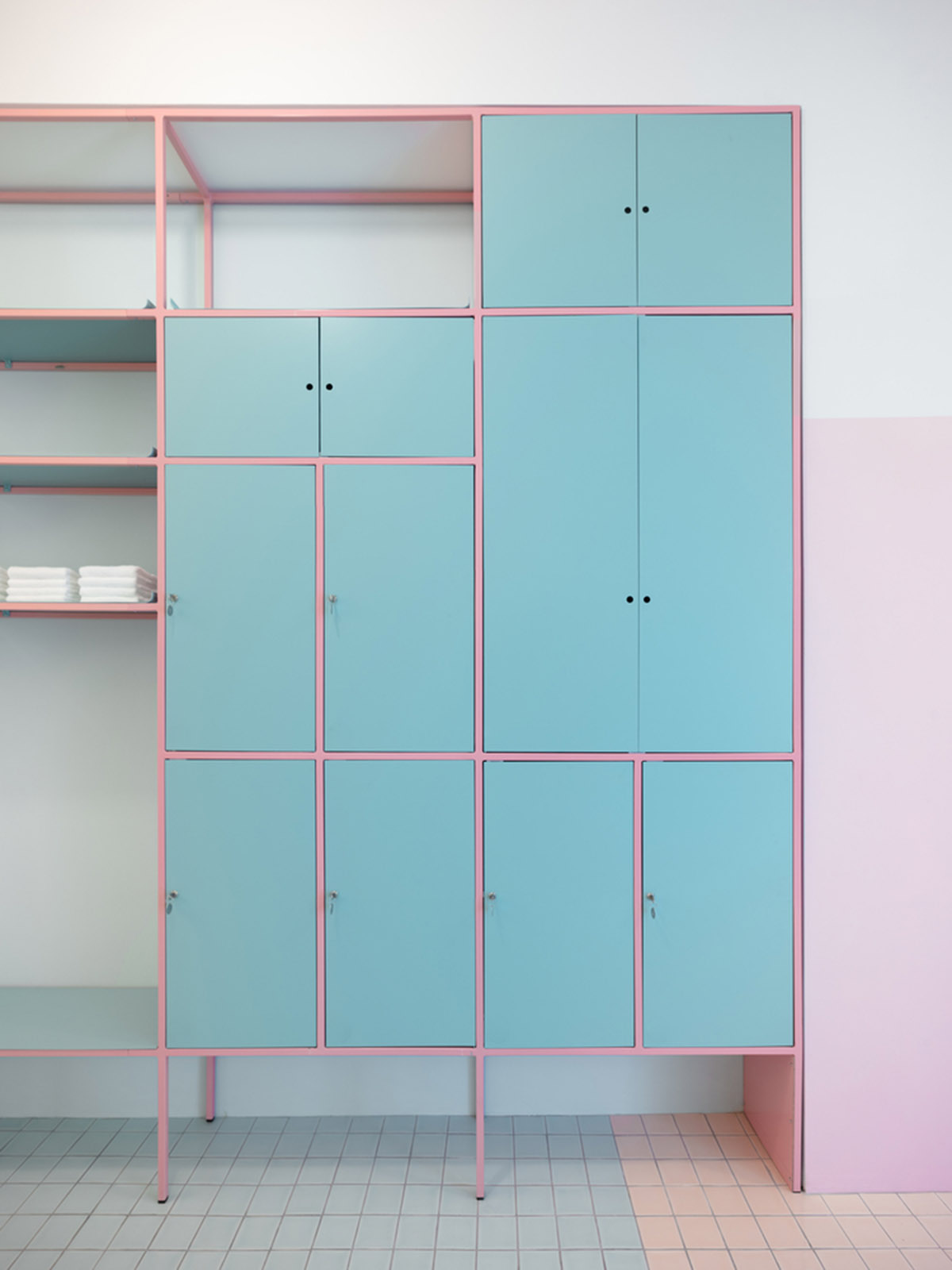 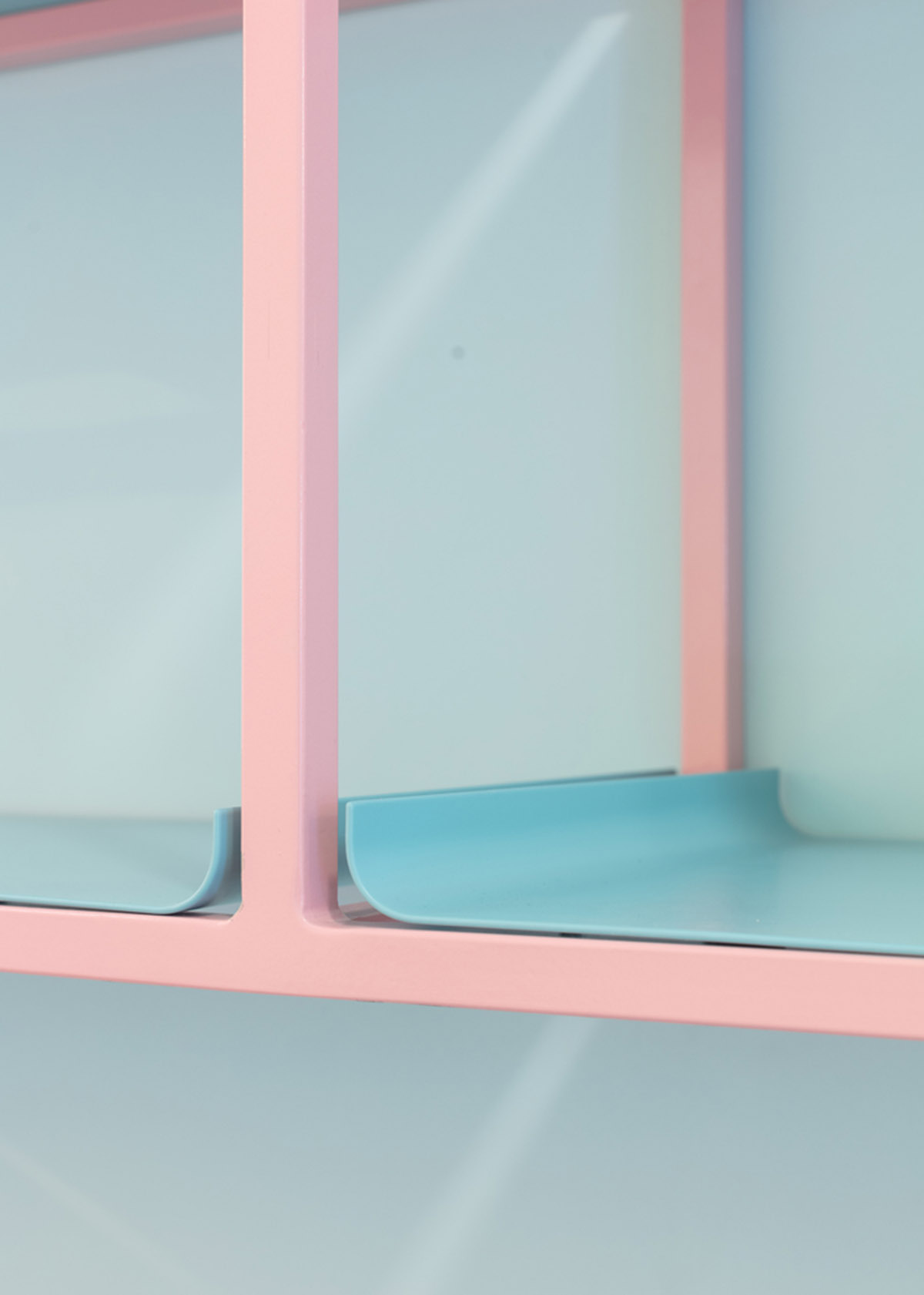 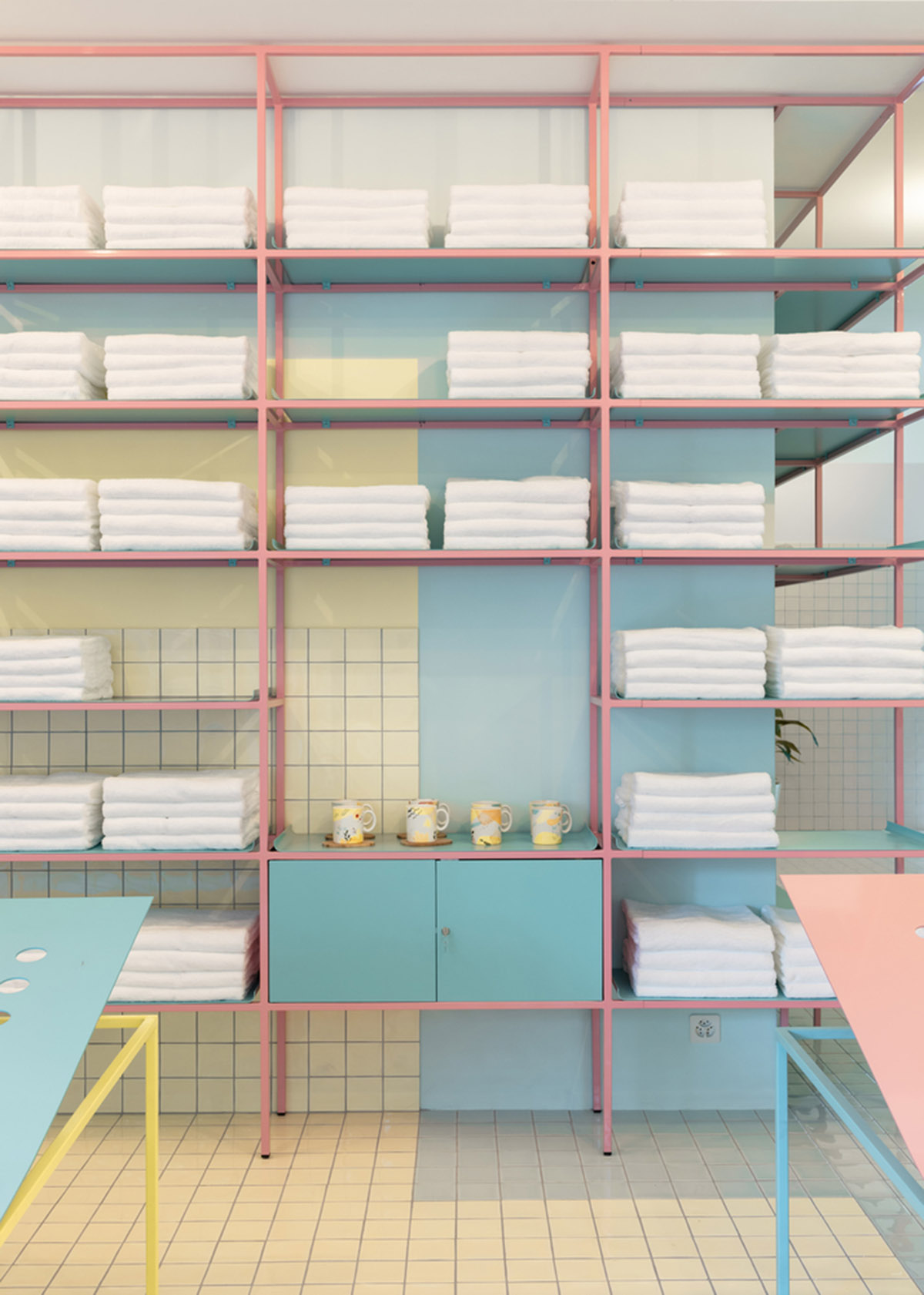 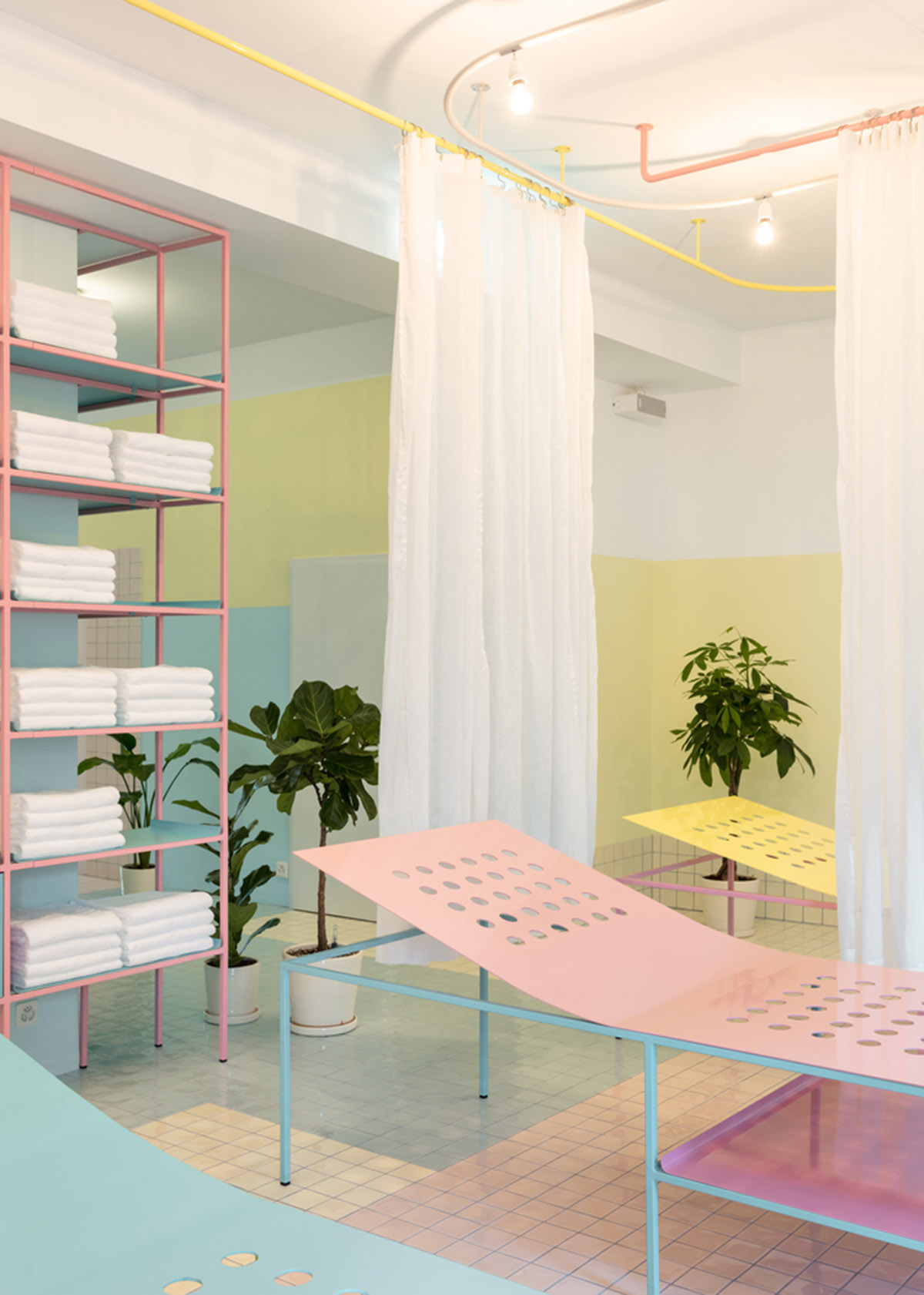 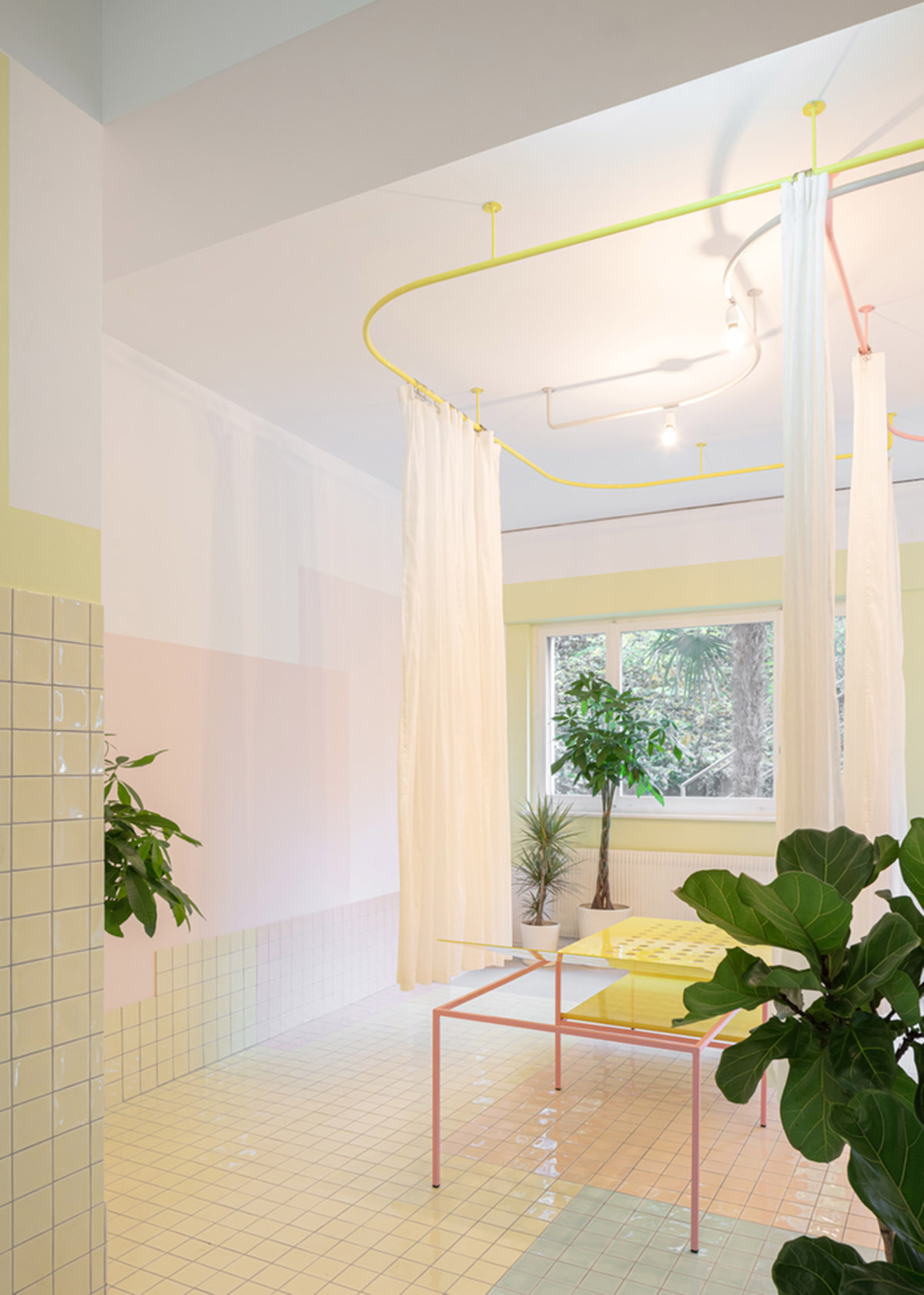 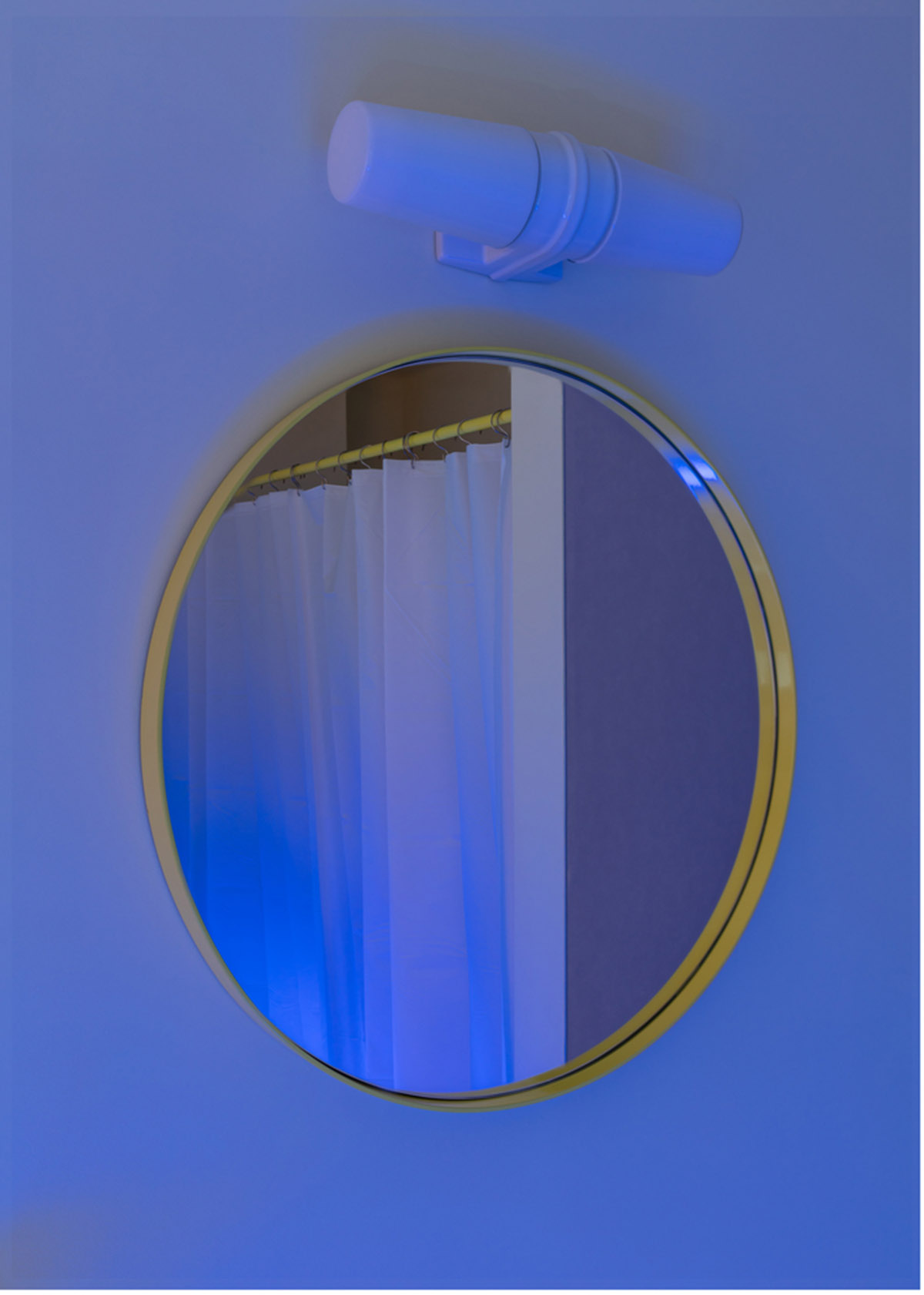 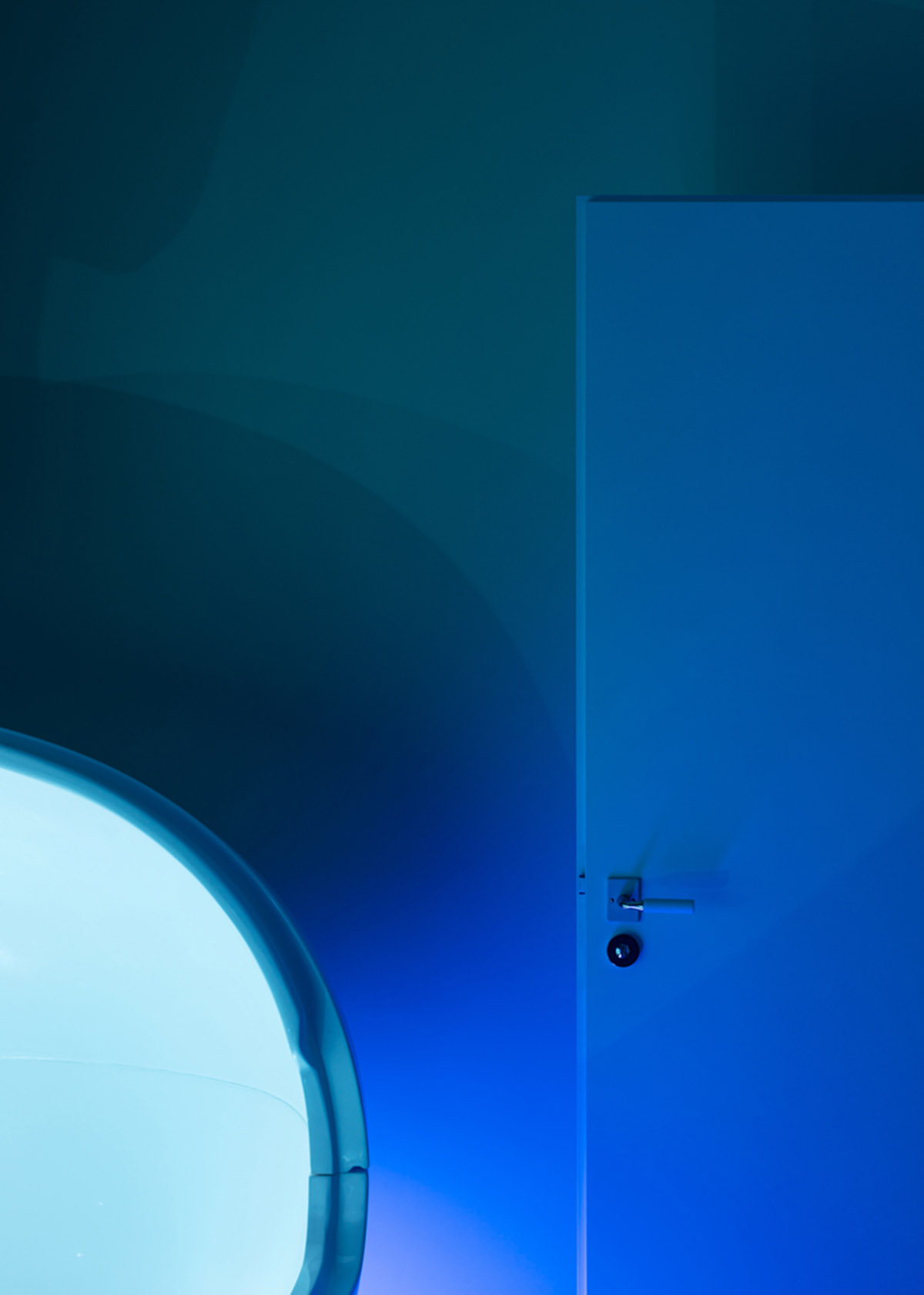 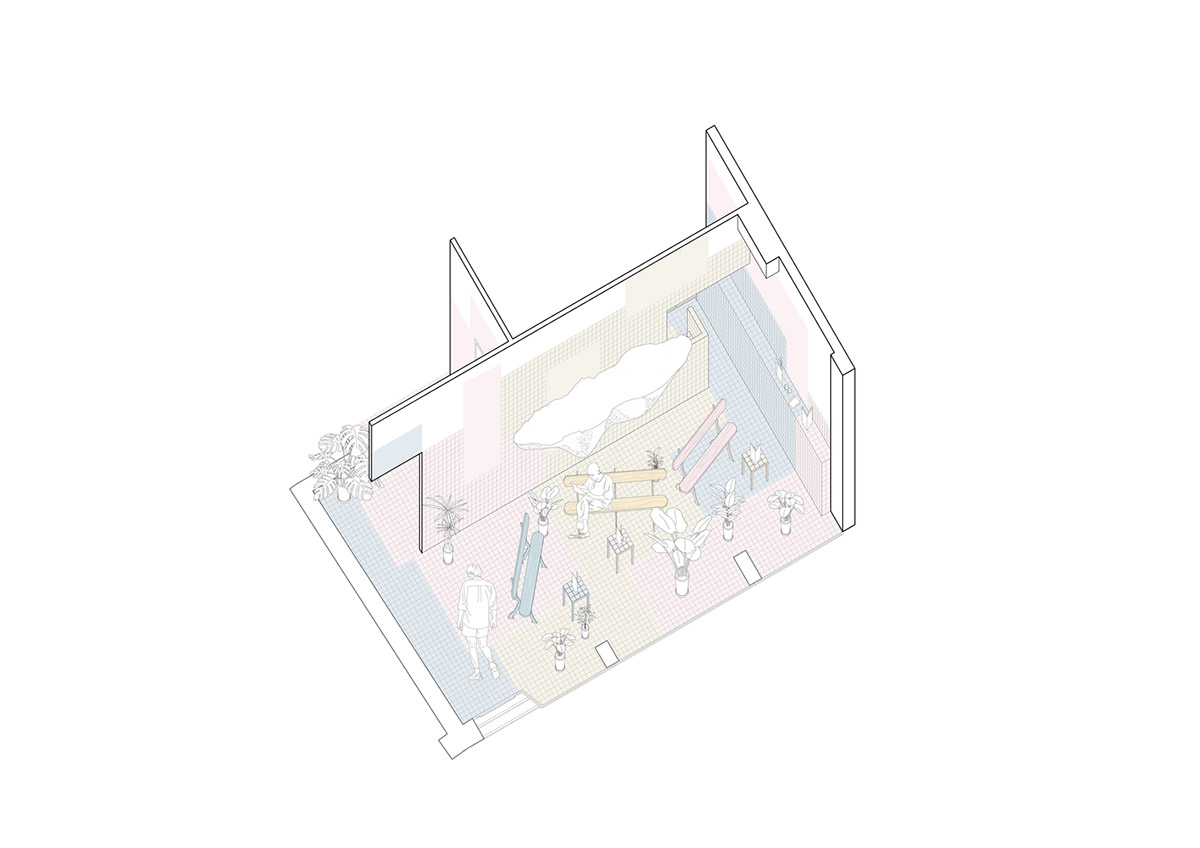 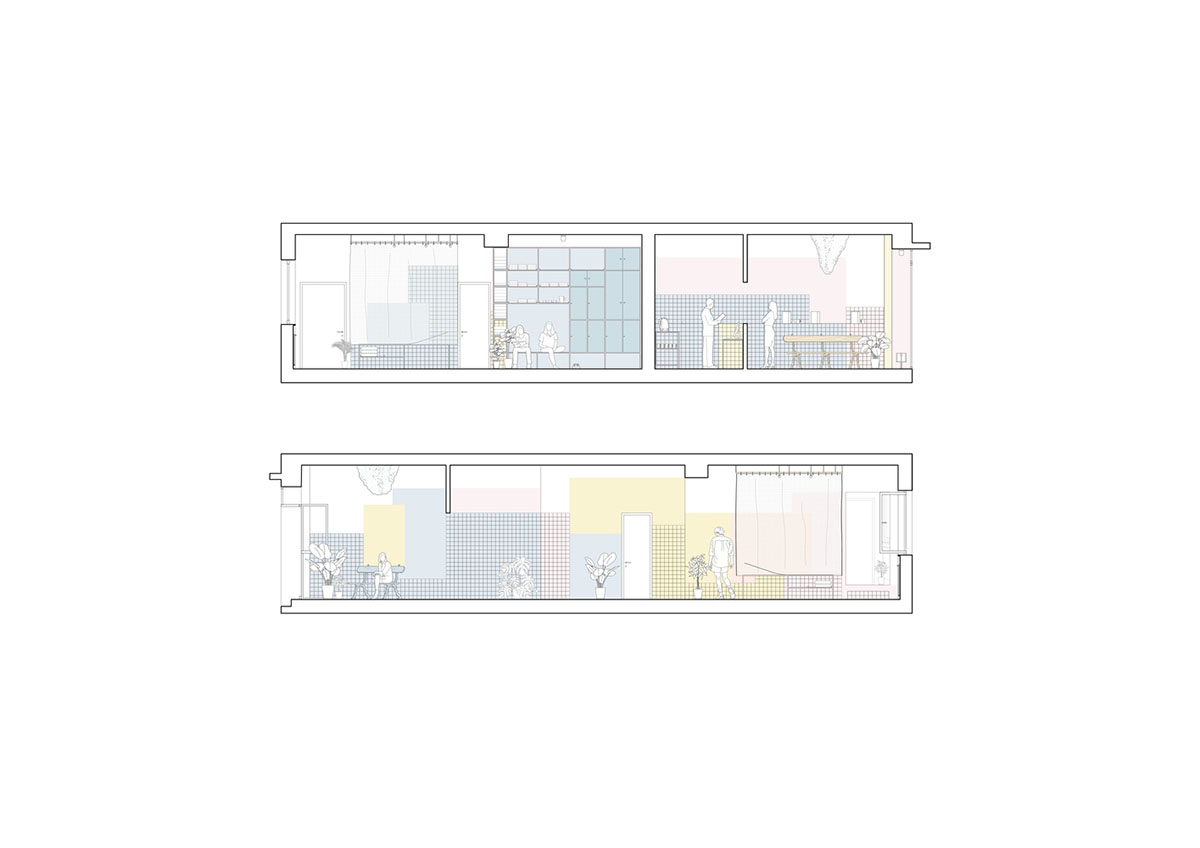