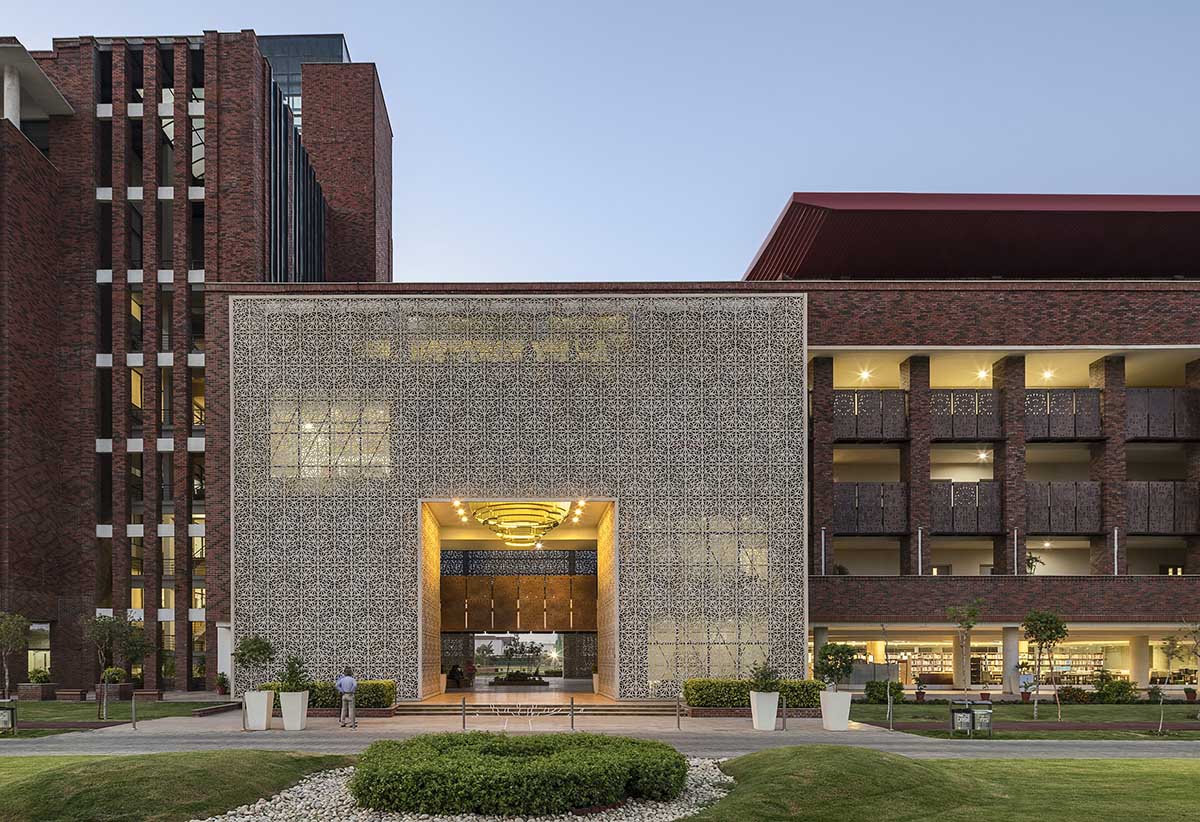 In 1981, Bradford Perkins and Mary-Jean Eastman founded Perkins Eastman in New York. This global firm specializes in architecture, interior design, urban design, planning, landscape architecture, graphic design, and project management. The firm operates with 20 studios all across the globe. A few years back, they've built an establishment in India, and their Mumbai Studio has started designing innovative and projects in this country.

The External view of one of the Blocks of Ashoka University

One of the studio's most notable projects in India is Ashoka University. The initiative aims to build an interdisciplinary higher education institution as a philanthropic endeavor. Perkins Eastman designed the new campus's master plan, as well as its buildings and infrastructure. Located in Sonipat, Haryana, the University is situated about 20 kilometers south of Delhi. The 25-acre campus is part of the government's Rajiv Gandhi Education City, which also houses a number of other educational institutions. 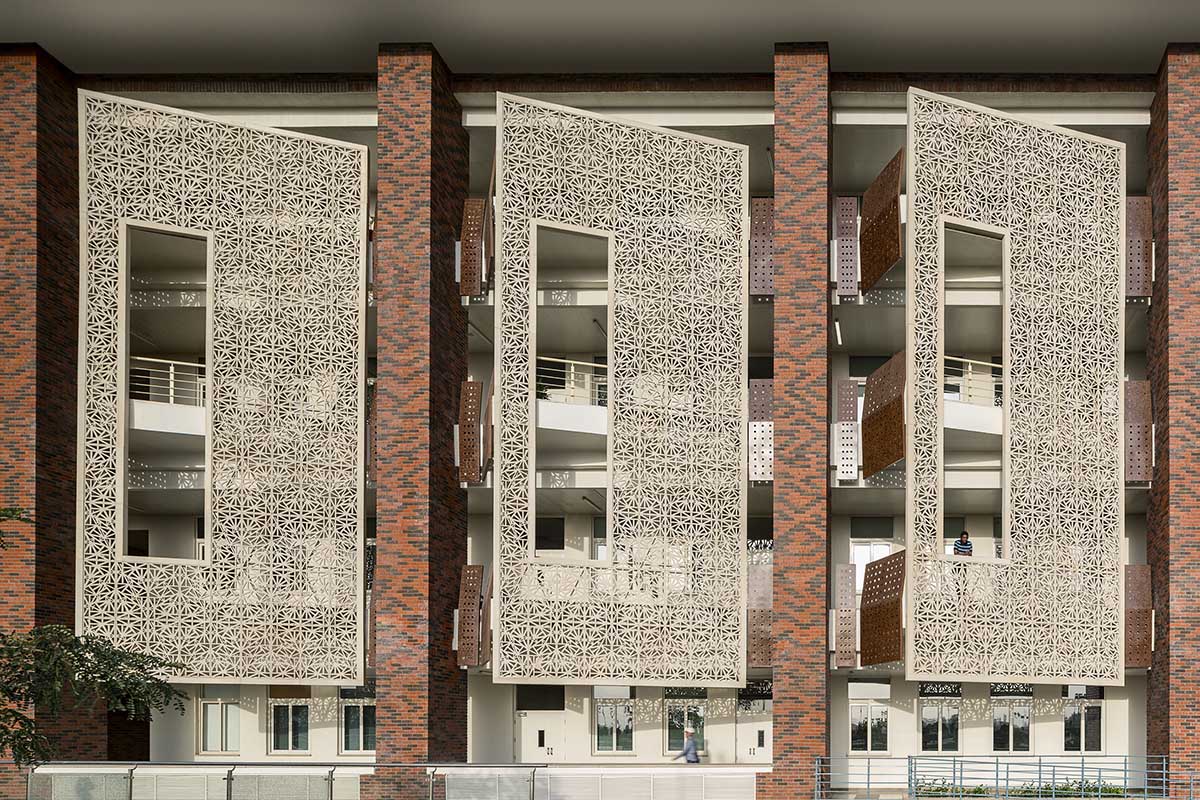 The Exterior Detail of Academic Block-2

Ashoka University is a charitable project that aims to establish an interdisciplinary higher education institution. The new campus's master plan, as well as its buildings and infrastructure, were developed by Perkins Eastman. Outdoor walkways, natural ventilation, the employment of prison sun blinds, and other passive elements, in addition to more technically advanced techniques, were all designed with sustainability in mind. 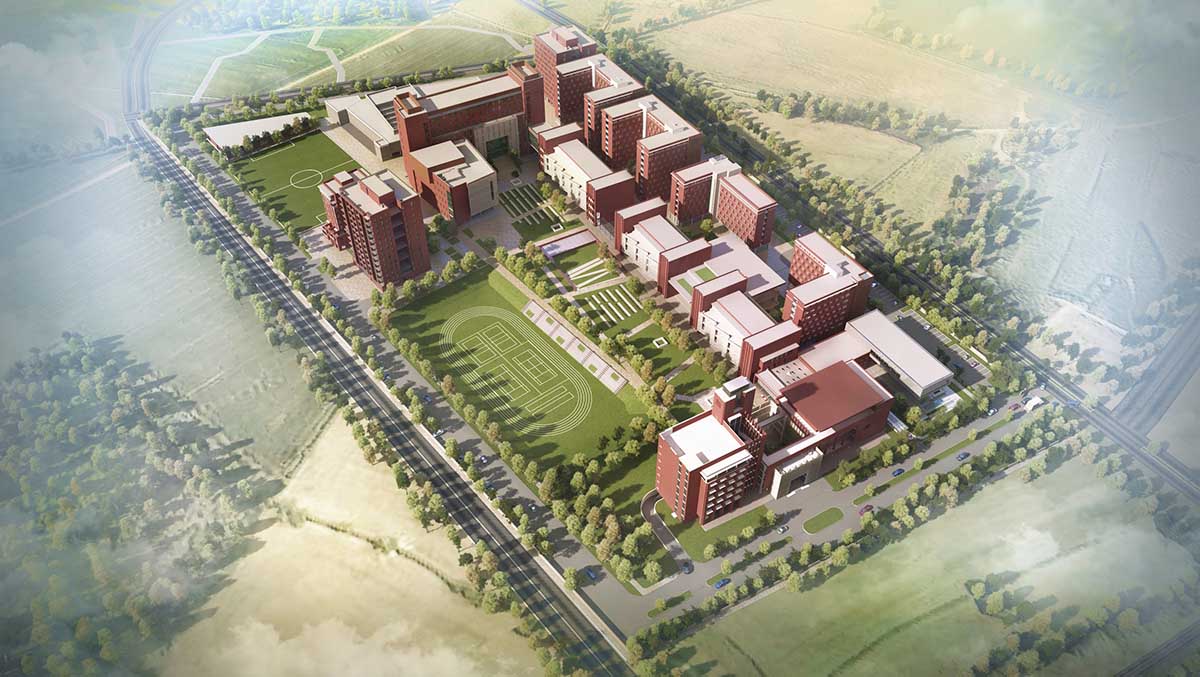 The rendered aerial view of the Ashoka University 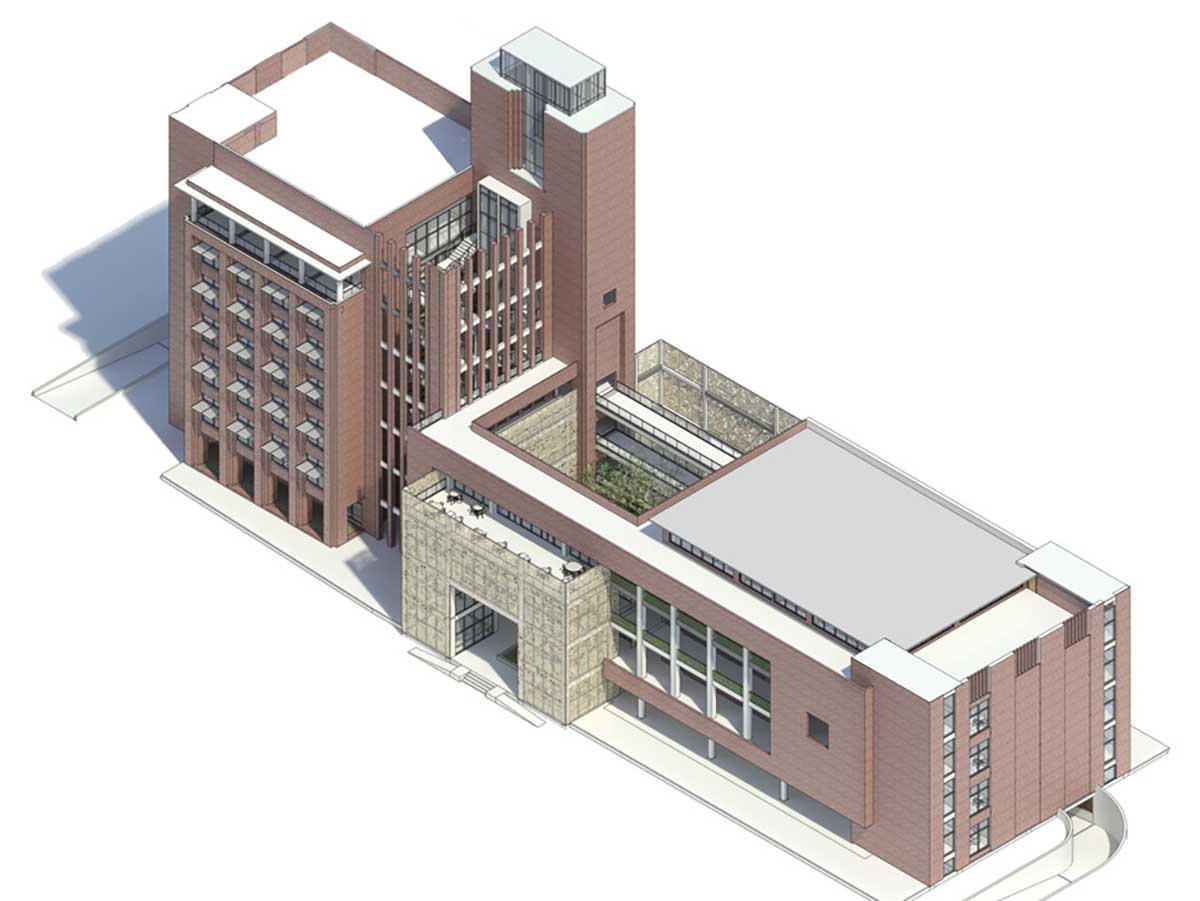 The design team attempted to comprehend and represent Ashoka's core concept throughout the design process, combining Indian aesthetics with worldwide best-practice trends. The campus layout is a blend of Indian aesthetics with contemporary and global institutional architecture, representing the concept underlying Ashoka, the great leader of India. It is designed for roughly 4,500 students, with 50,000 sq m/538,000 sq ft for academic space and 50,000 sq m/538,000 sq ft for residential usage. 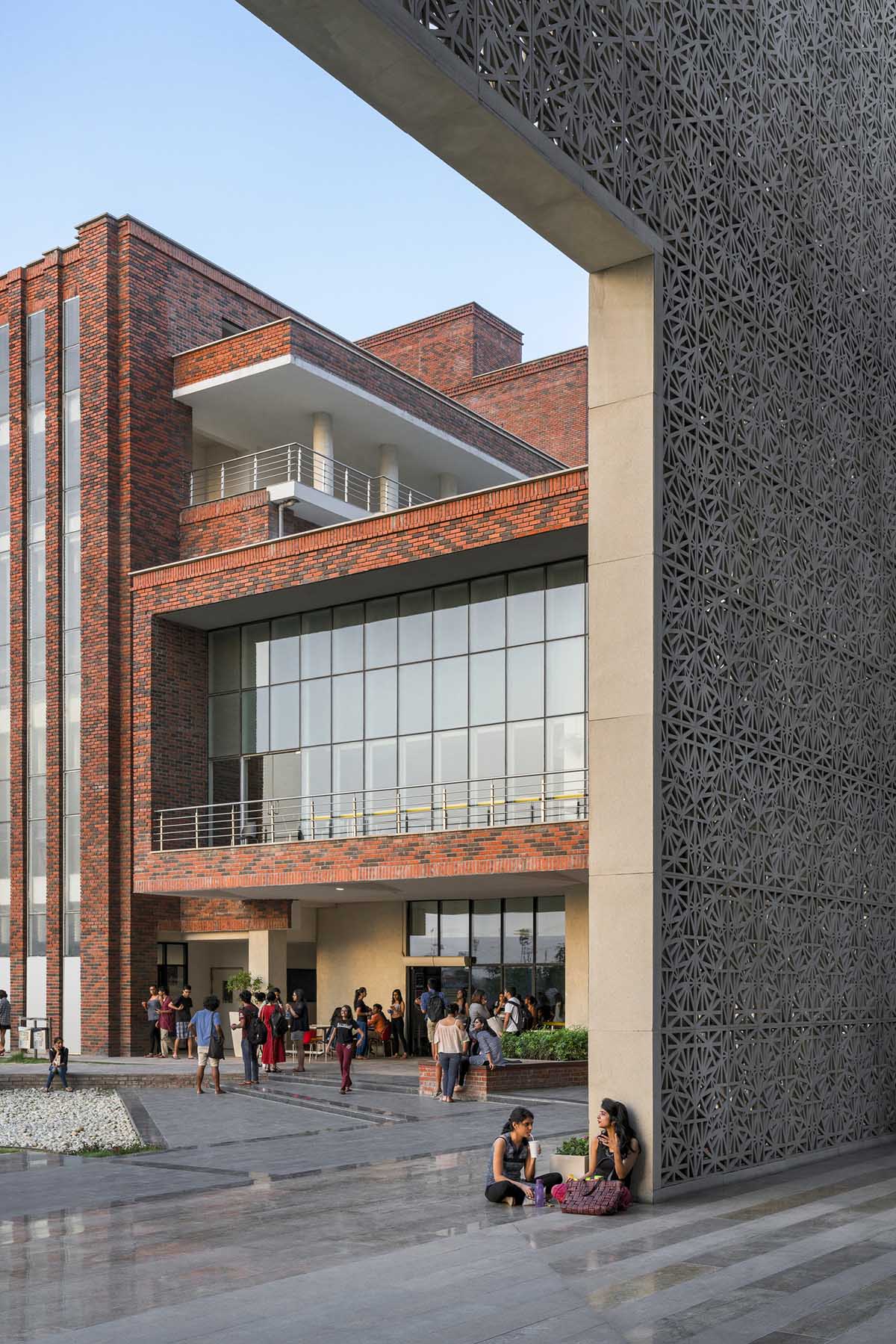 The 24-hours campus environment is structured into concentric circles that bring academic and residential life together, conscious of the interconnected nature of the formal and informal components of learning. Along with providing world-class facilities for students and teachers, it also fosters ample out-of-class conversations and gatherings, which adds to the school's liveliness. 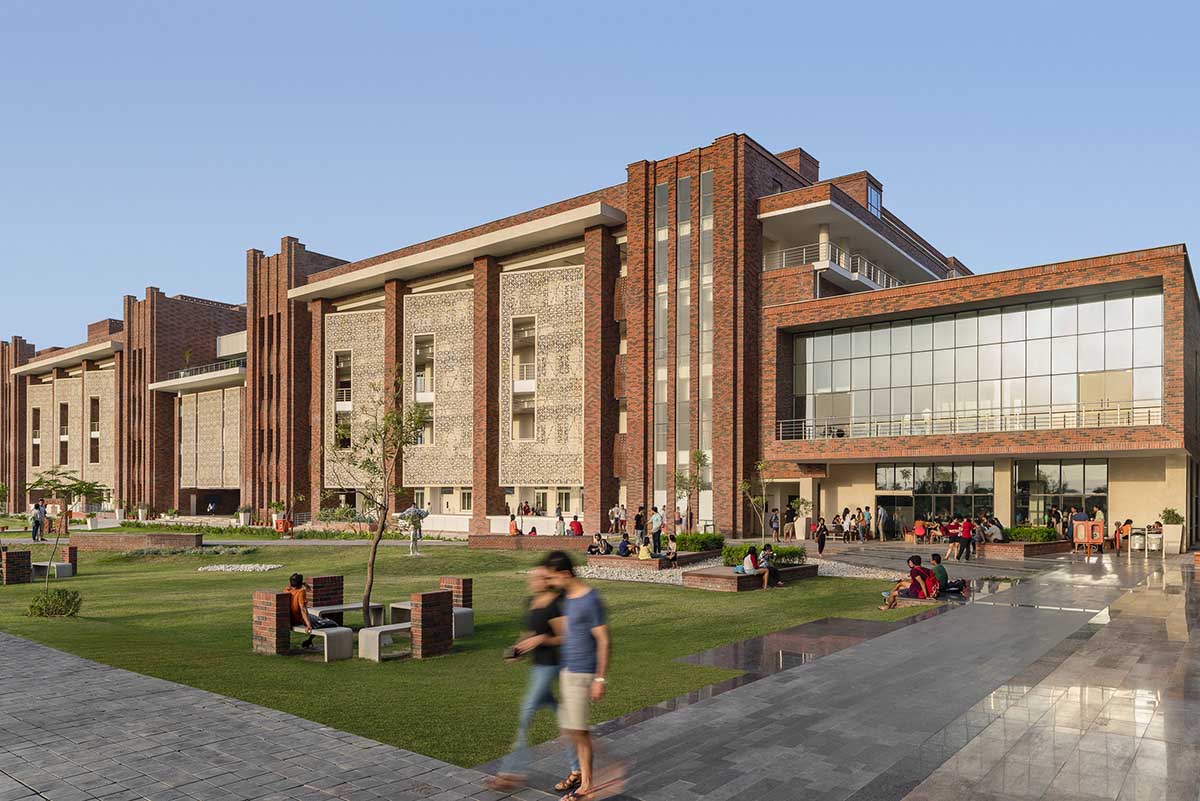 Aesthetically designed by a team of designers, the two concentric rings serve as the foundation for the campus's overall organizational structure. The academic buildings surround a core axial academic quadrangle in the inner ring. These buildings feature arcades on the bottom level so that students may go from one building to the next in the shade and out of the weather. An outside ring of student and faculty housing surrounds this inner ring. The outer ring is comprised of several smaller courtyard clusters that create smaller scaled spaces ideal for the residential environment. 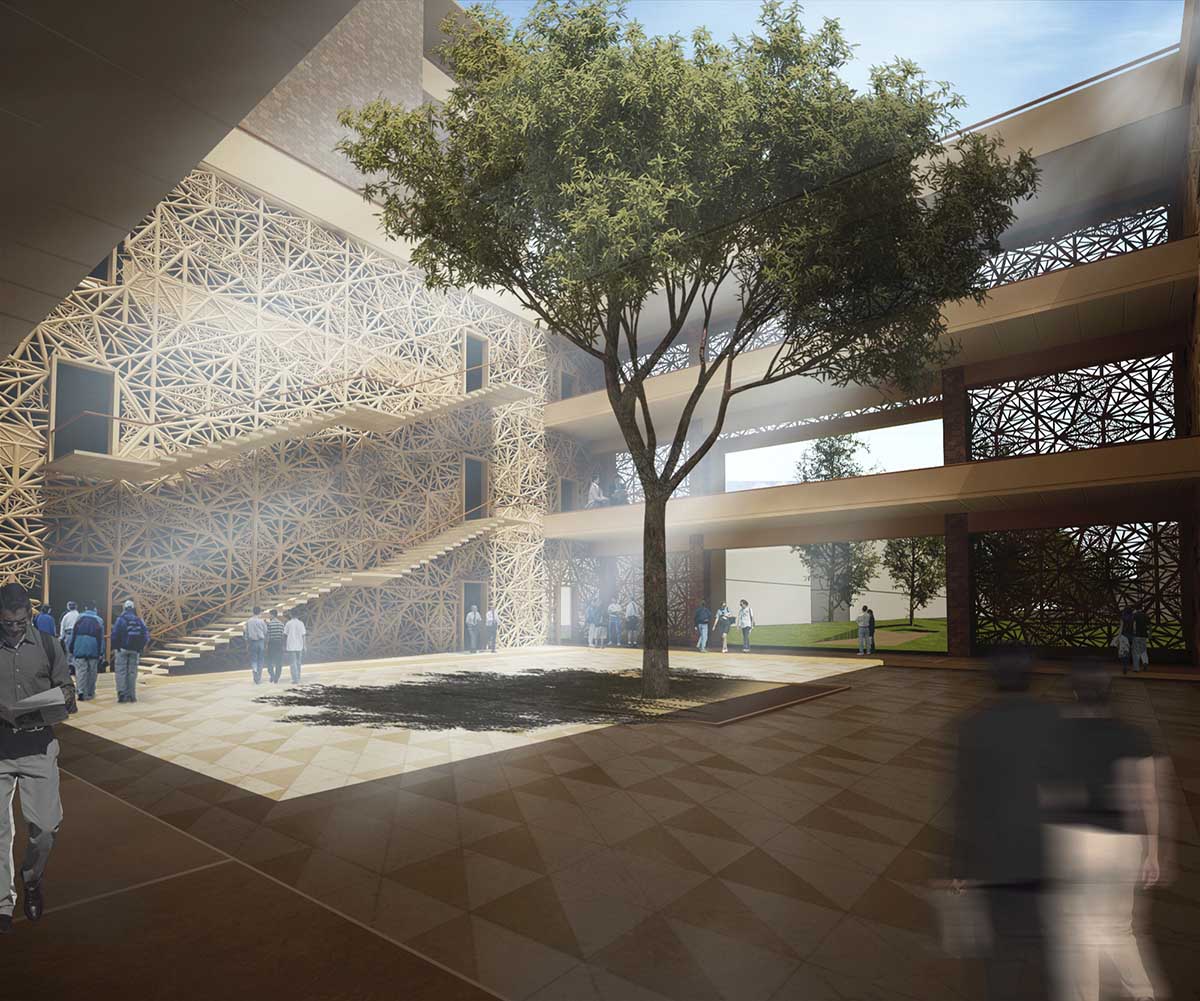 The rendered view of Internal Courtyard

The Library is ideally placed at the entrance to the central plaza, making it one of the mall's most significant institutions. It has academic offices, a flexible mediatheque, and a black box theatre for performances. While no specific LEED rating is sought, the design addresses concerns about shading, heat gain through fenestration design, and material selection. The Faculty Building is designed to house full-time faculty members on campus. The building has a variety of apartment configurations that may be assigned to singles, couples, or families. Through fenestration design and material details, the design addresses issues about shadowing and heat gain. 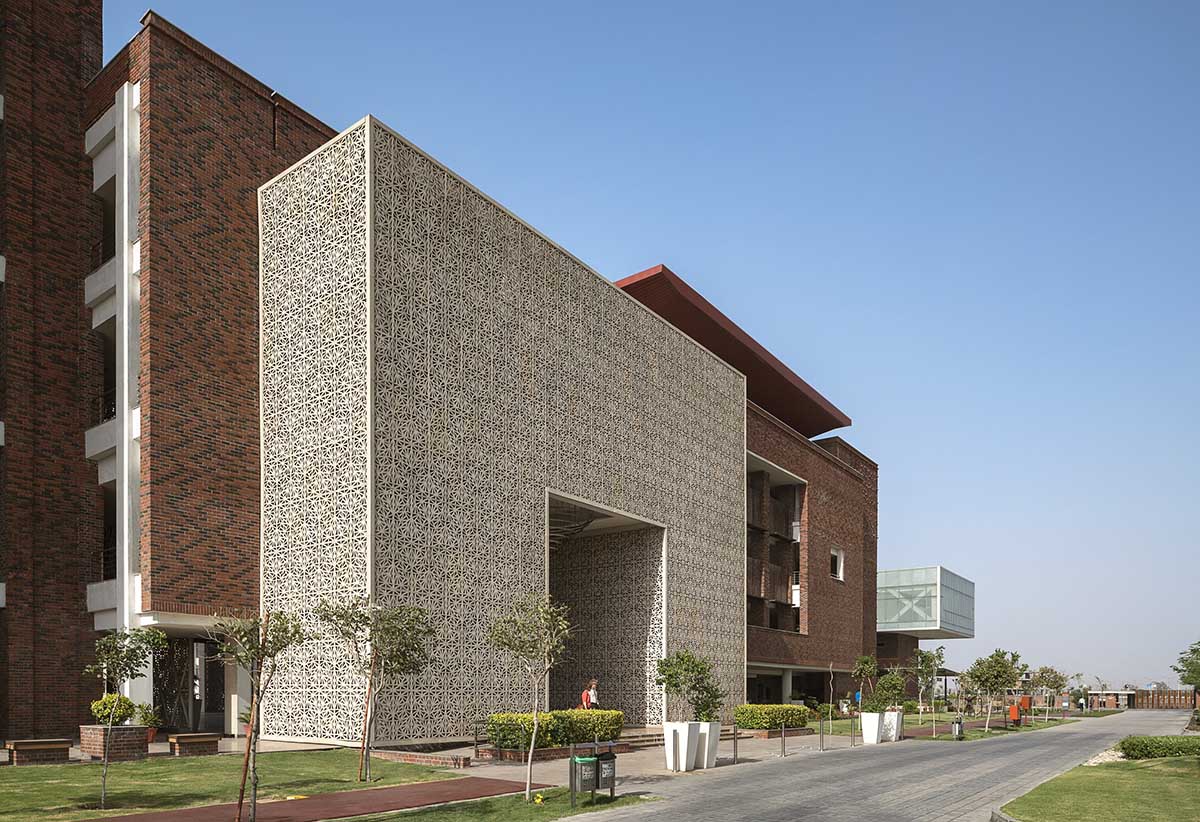 Sustainability consultants are evaluating the design methods for the Academic Block, which is largely a scientific laboratories building. The designs addresses issues about shadowing and heat input through fenestration and material details. On the west corridor, a jaali-screen provides shade from the low sun. This helps to maintain permeability at the lower level, blurring the lines between inside and outside. 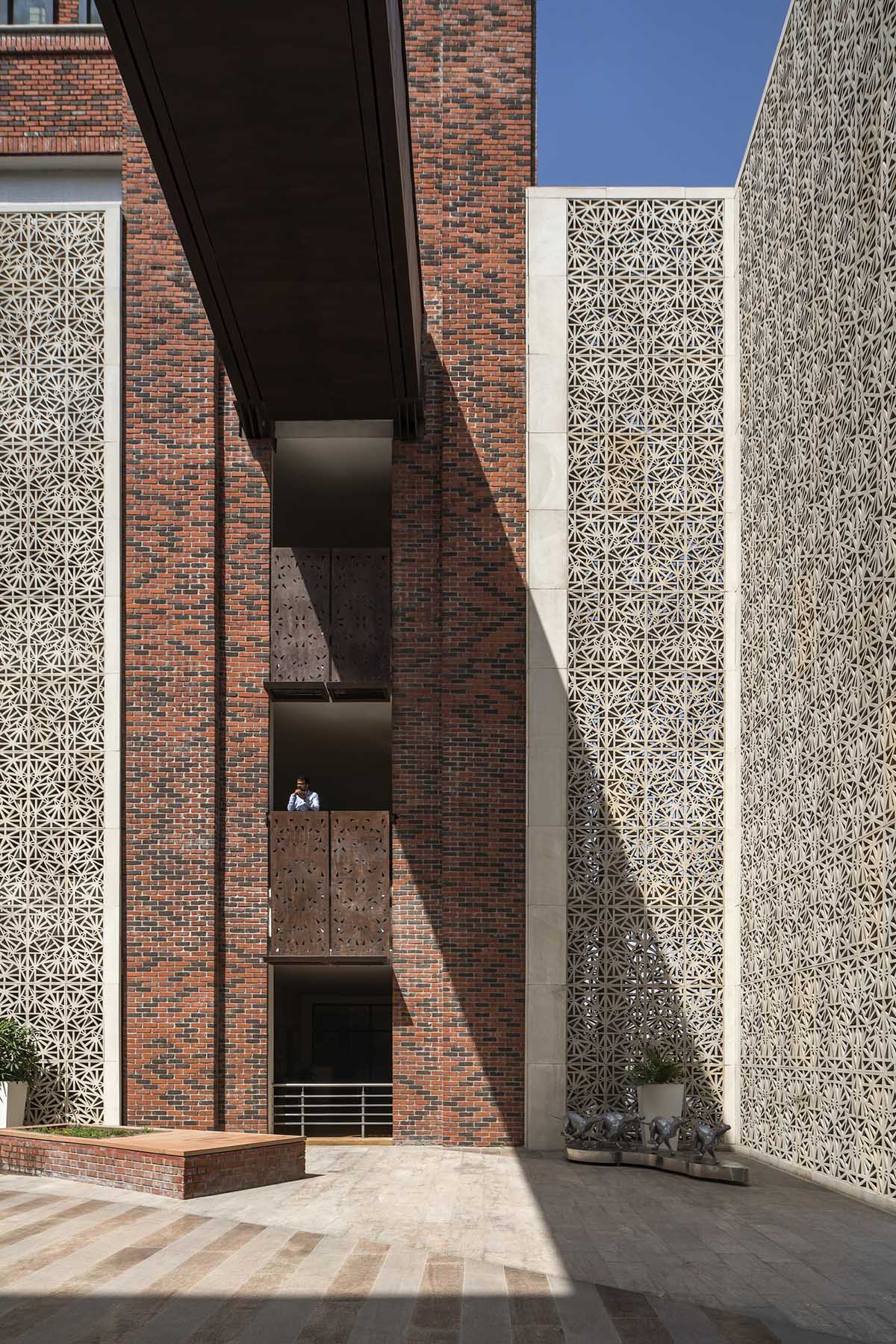 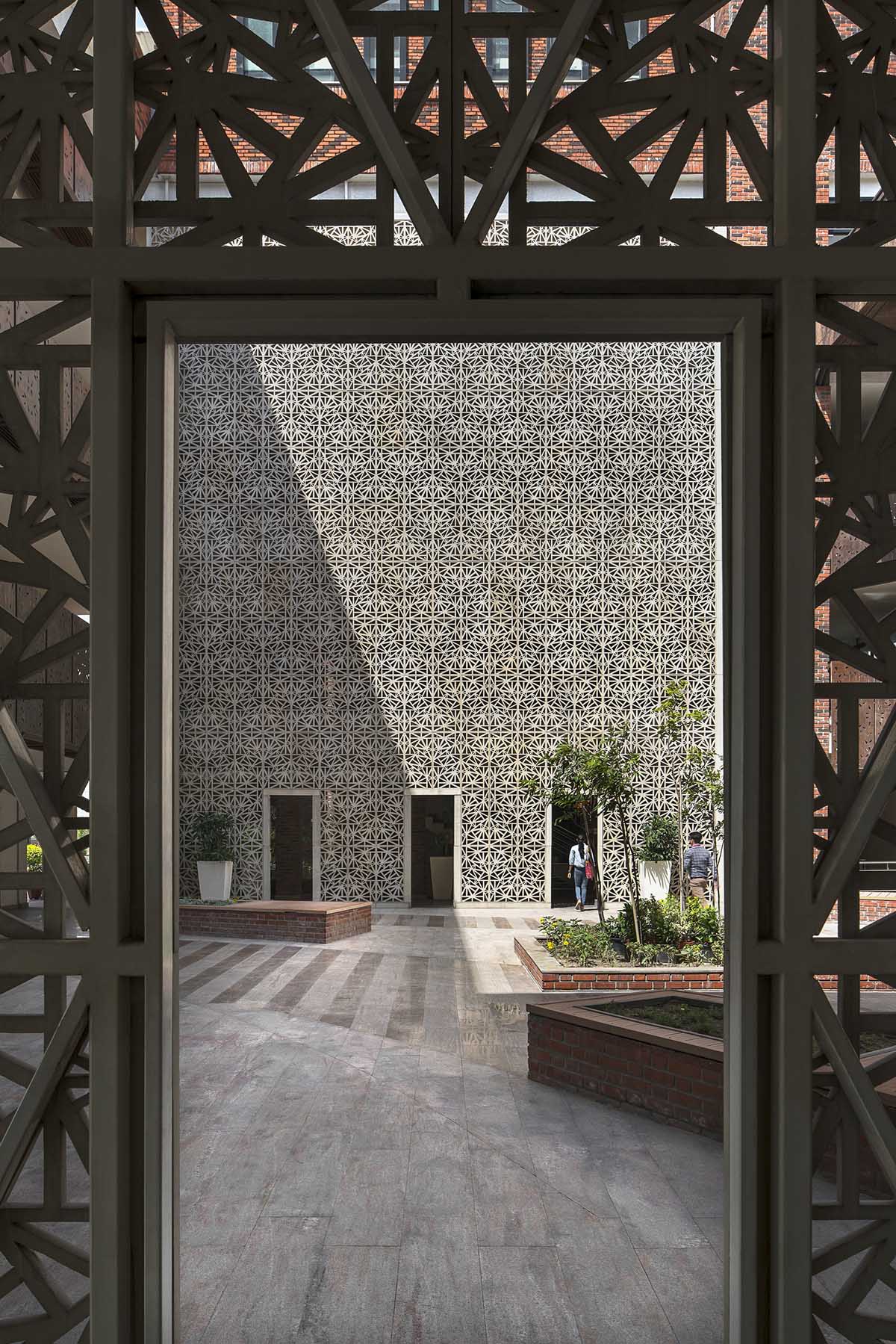 Human by Design, which is the firm's main philosophy, has a beneficial impact on people's lives and the environment. Despite its construction timeline, Ashoka and its architecture have already attracted the brightest students from throughout India. The University was founded in partnership with the University of Pennsylvania's School of Engineering and Applied Science (SEAS) and makes use of the latter's experience in curriculum creation and delivery. The evening view from the External Quadrangle

All the images courtesy of Perkins Eastman.