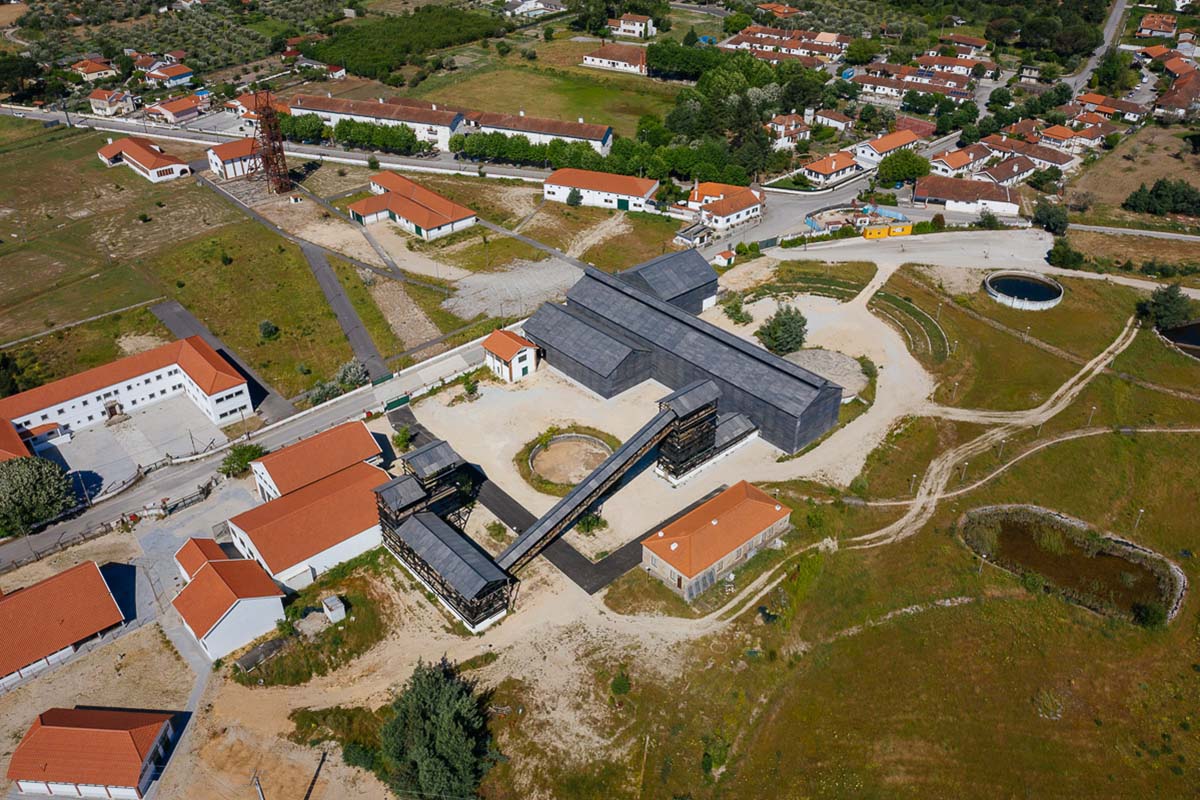 The project is the type of Browfield redevelopment and regeneration that I myself have been involved for many years, this one is part of the Environmental Rehabilitation Programme of the Former Urgeiriça’s Industrial Area, spearheaded by EDM - Empresa de Desenvolvimento Mineiro SA, aiming to convert it into a testimonial to its previous mining life through an interpretive studies and research centre focused on the field of radioactivity and the history of such mining places in Portugal. 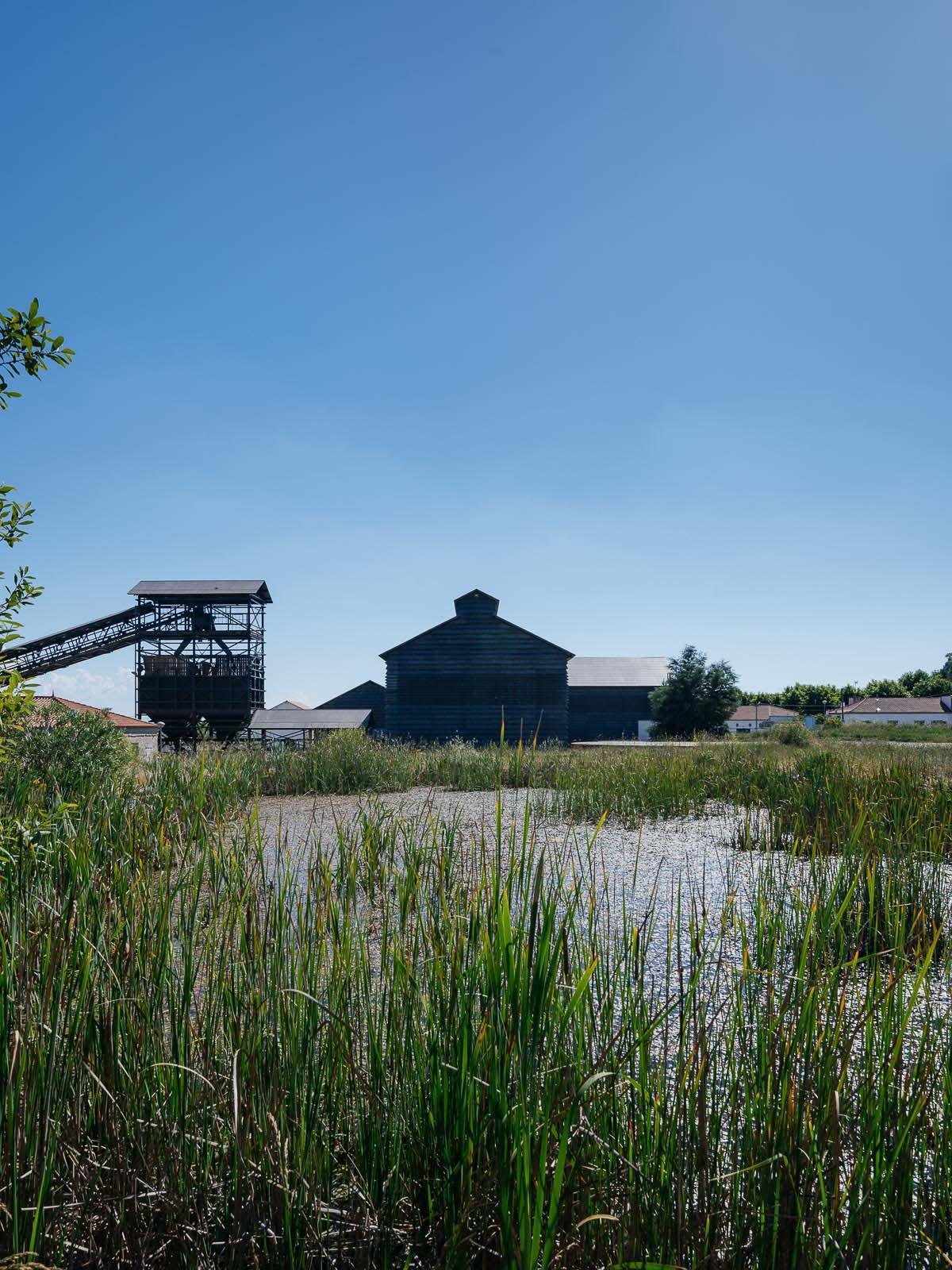 The Urgeiriça mines, in Canas de Senhorim, started activities at the beginning of the 20th century when uranium deposits were discovered in the region. A sought after mineral at the time, by the United Kingdom to supply radium to Madame Marie Curie's laboratory and later with the participation of the United States government, in the first nuclear bomb programme. 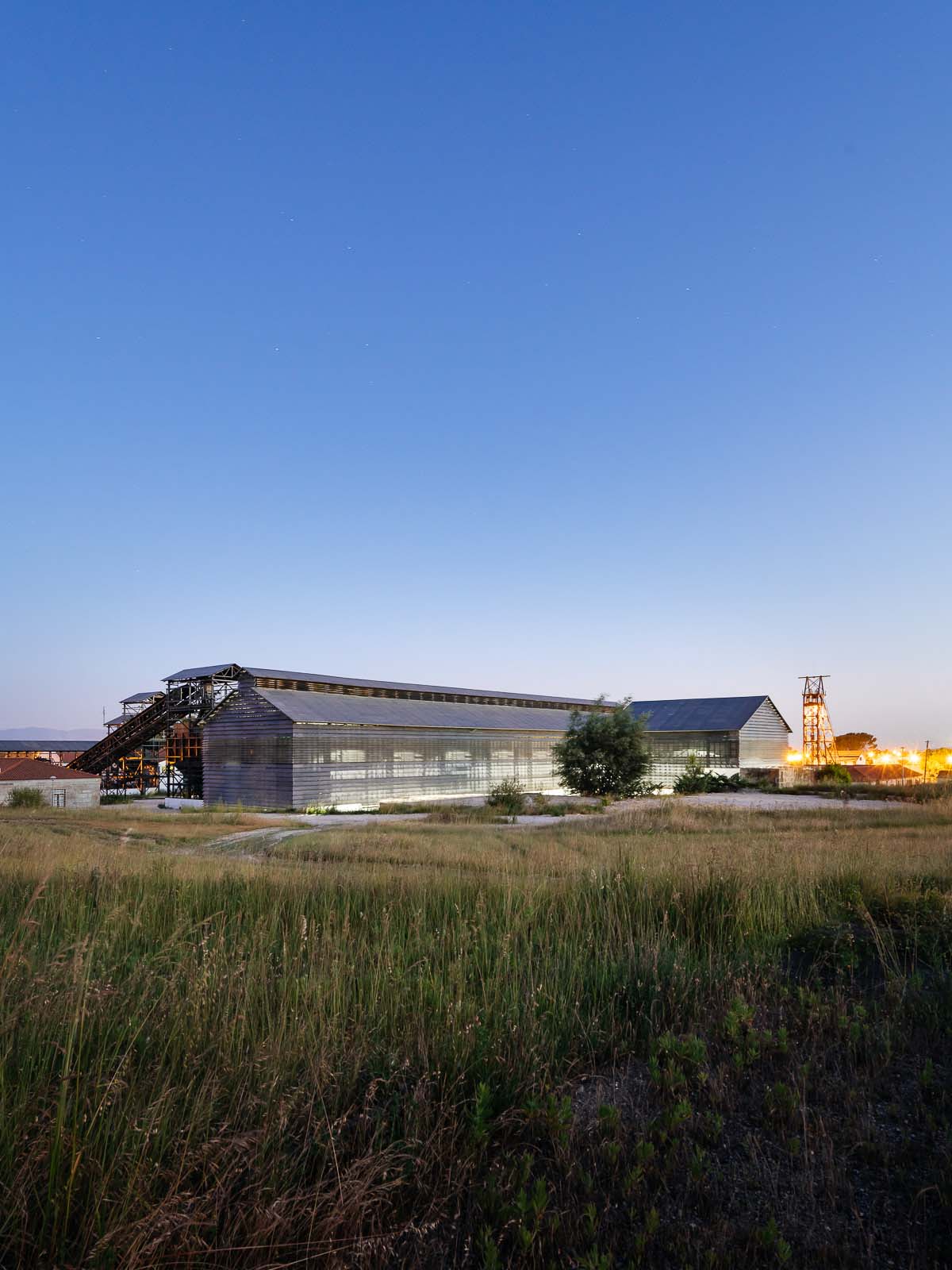 In 1929 and with British investment, the Companhia Portuguesa de Radium was created. This outfit later converted radium research into uranium. When the mining business started to take a nose-dive and to avoid bankruptcy, the owners started selling radioactive fertiliser and then, jumping on a trend at the time, radioactive water, a quackery cure for cancer* at their very successful hotel, spa and golf curse which the investors opened alongside the mines. 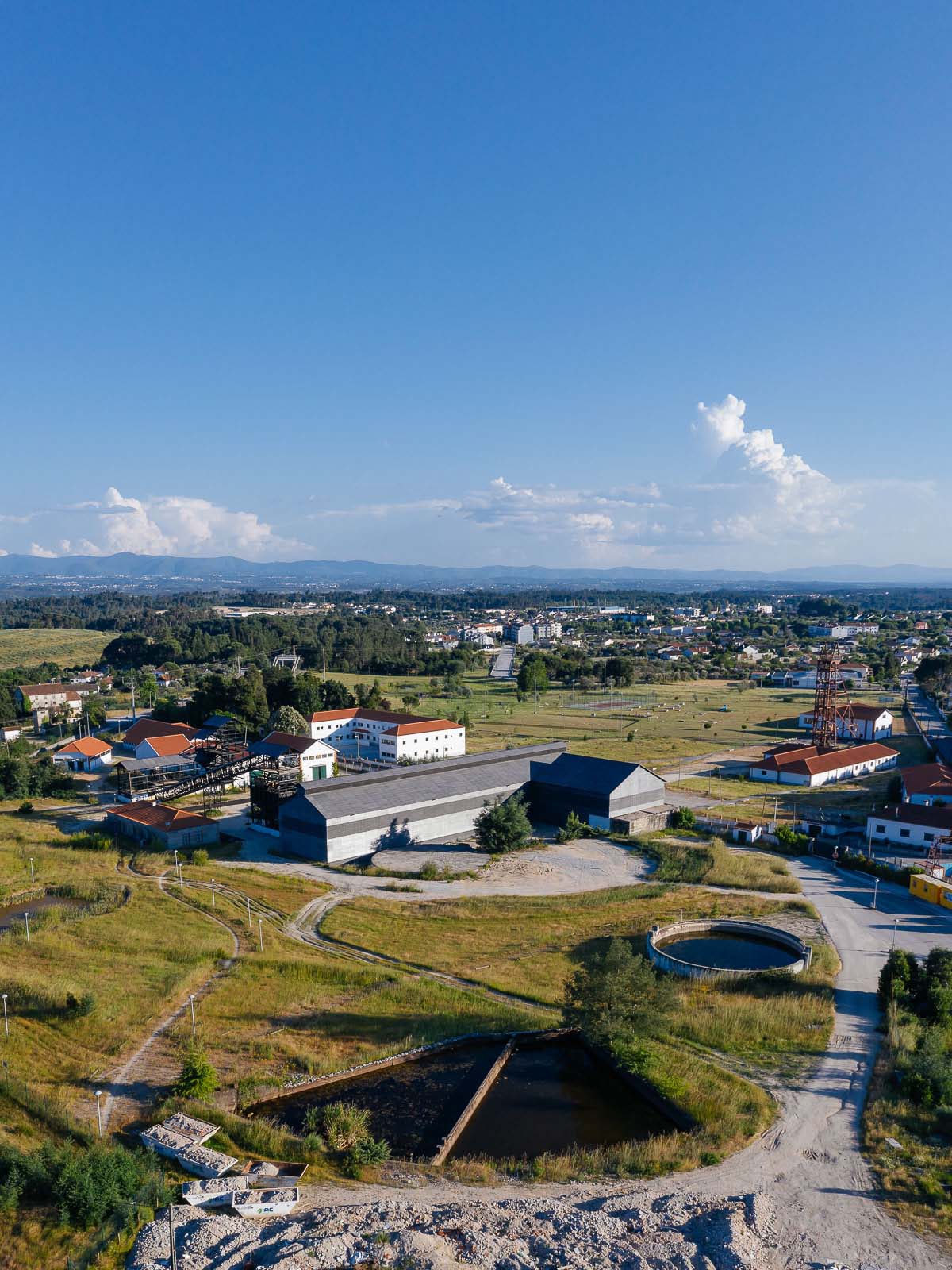 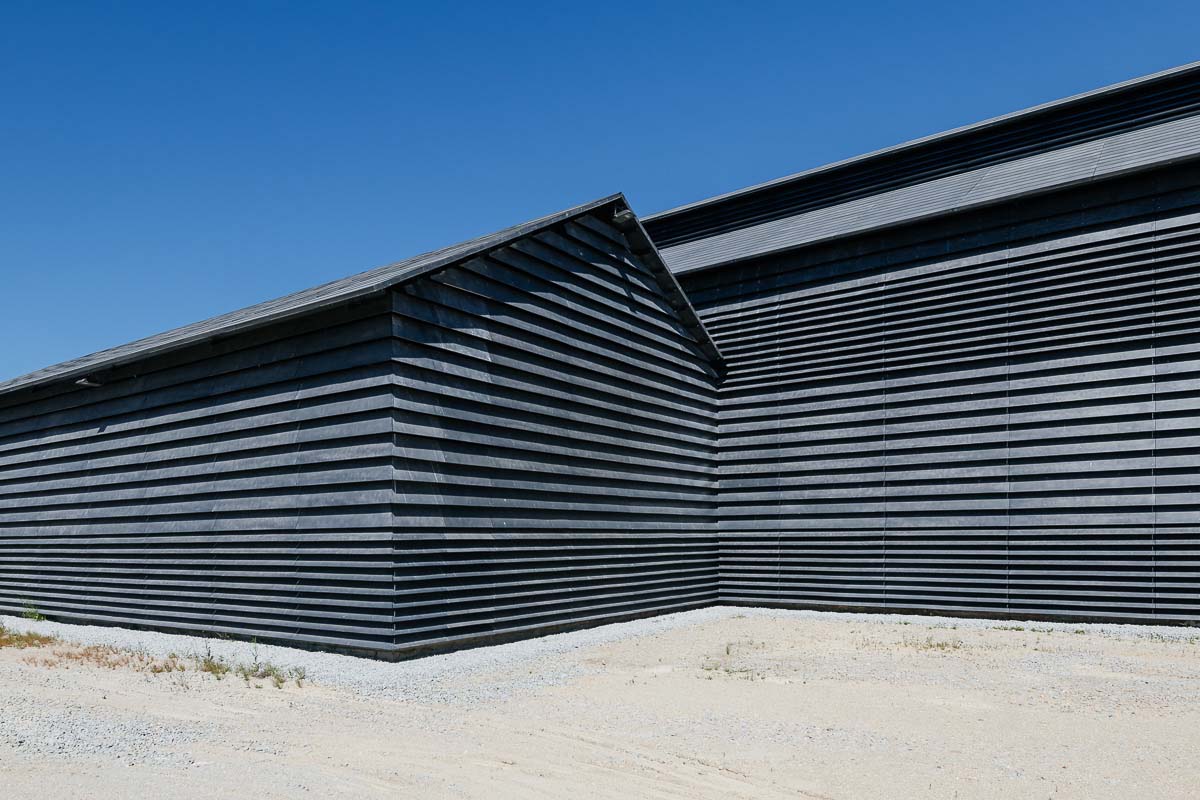 Alleged British mismanagement lead the Salazar government to take ownership of the company for Portugal, and created the Nuclear Energy Board, subsequently changing its name to Empresa Nacional de Urânio after the 1974 Revolution that deposed the dictatorship. 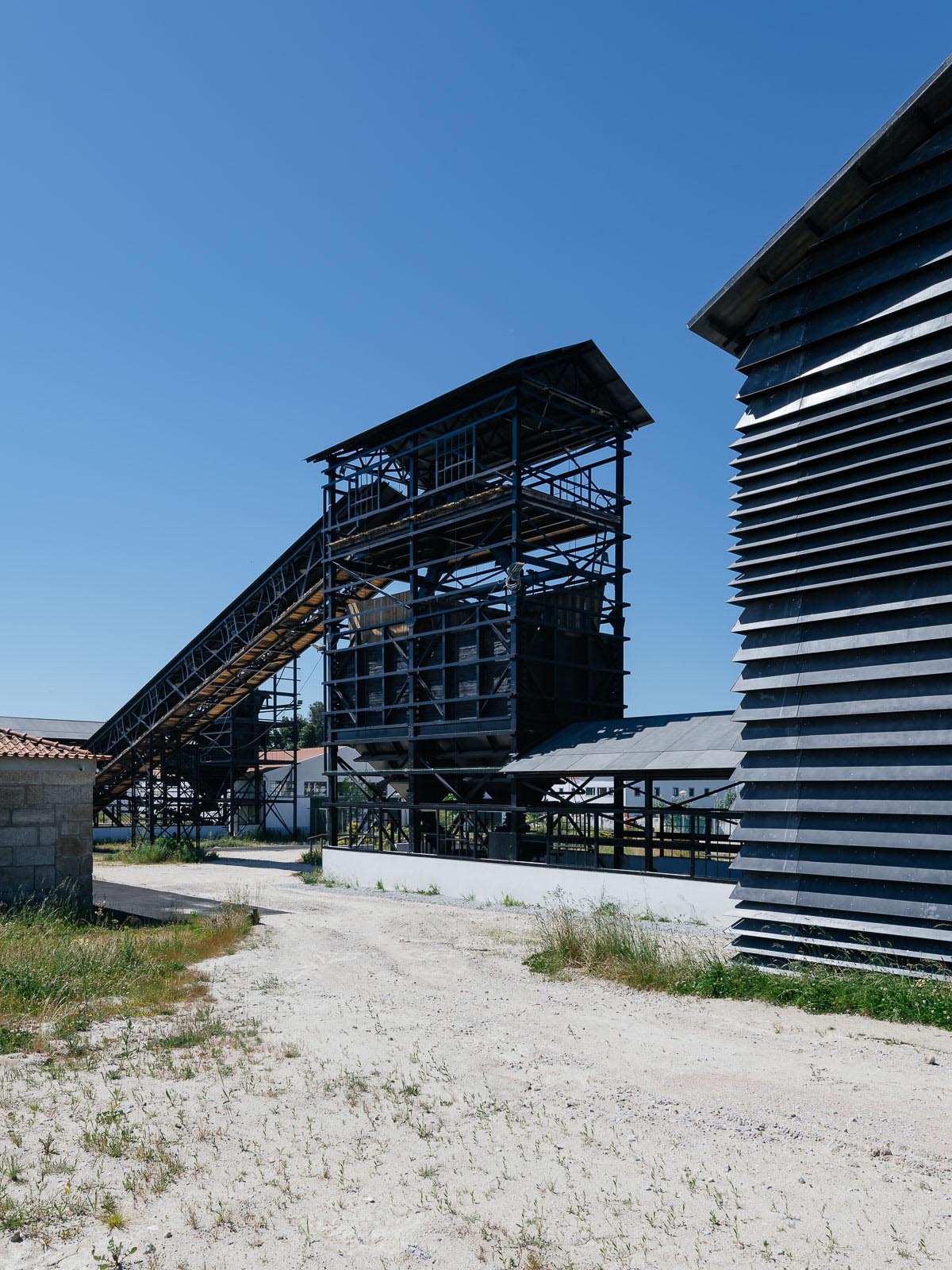 It is important to remember that Urgeiriça was not just a mine, in the 1950's it employed around 1500 workers; the Mineiros -miners- neighbourhood was built in 1954, consisting of about 140 dwellings to house its employees. Many of these houses were built with materials from the mine itself, such as wooden bars and for foundations, rocks full of active ore (rock from which metal can be obtained). By the end of the 1980's there were just over 350 people working there. The mines closed in 2004. 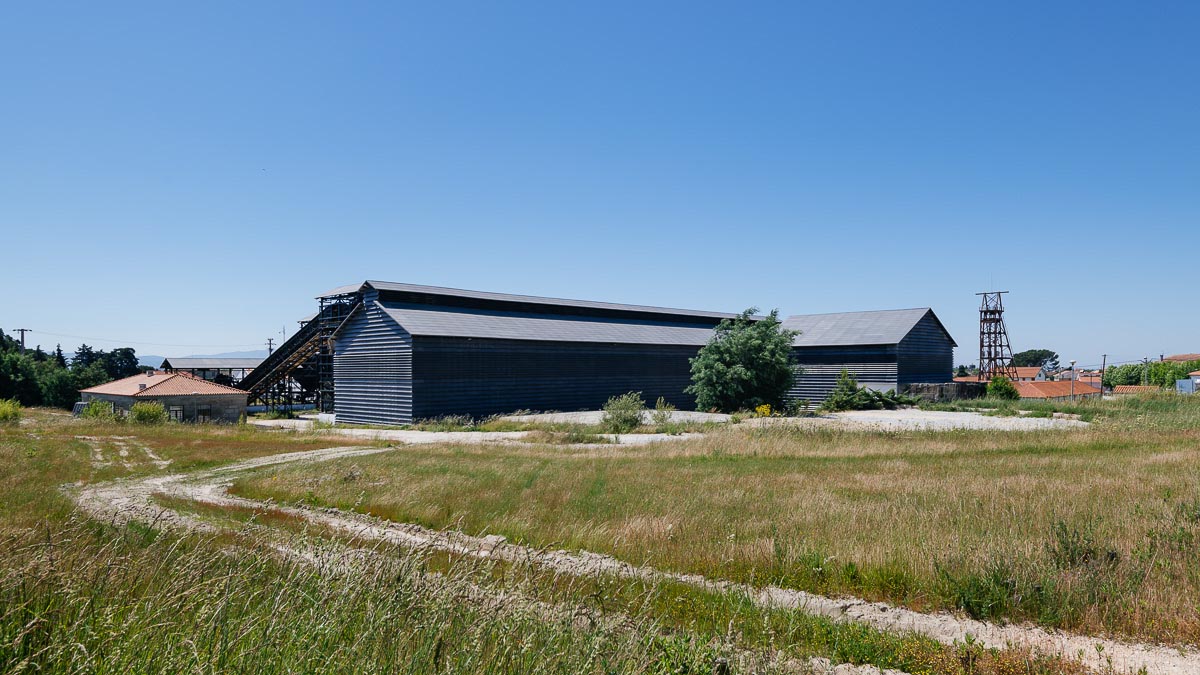 The architects realised there was an important legacy there that needed to be acknowledged -socially and historically-including the miners hardship and working in conditions that were particularly harsh, with nine consecutive work hours in a very humid environment, plus breathing dust and radioactive particles. These mining activities had a brutal impact on the health of the miners and on the surrounding social fabric, one that still endures and it is part of their history. 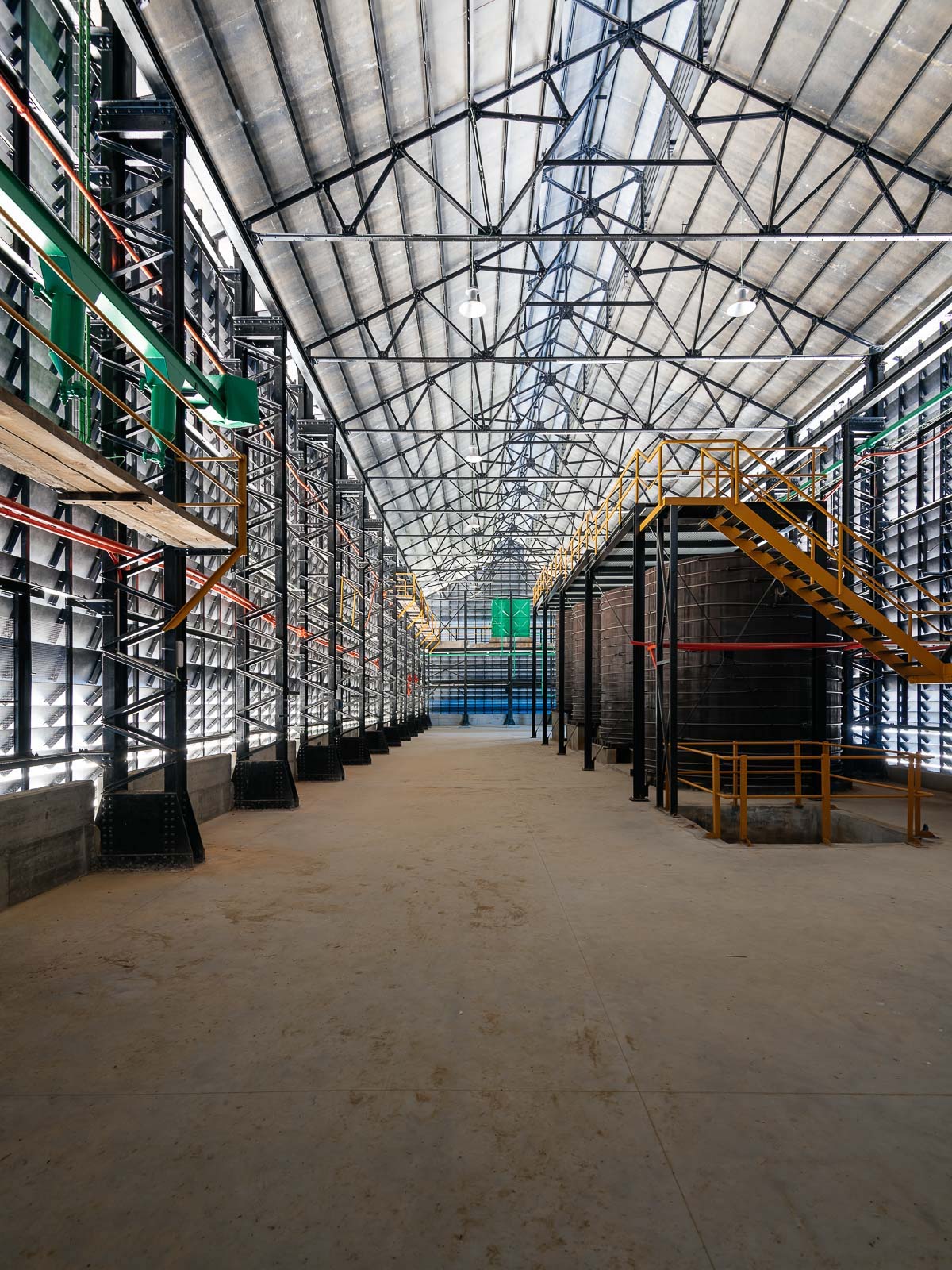 After the process of chemical and radiological decontamination of the buildings, it was up to the studio Orgânica to rehabilitate the buildings together with the uranium and treatment complex, going back to the time of its building and development and, simultaneously to operate a properly functional transformation and make it an attractive campus. 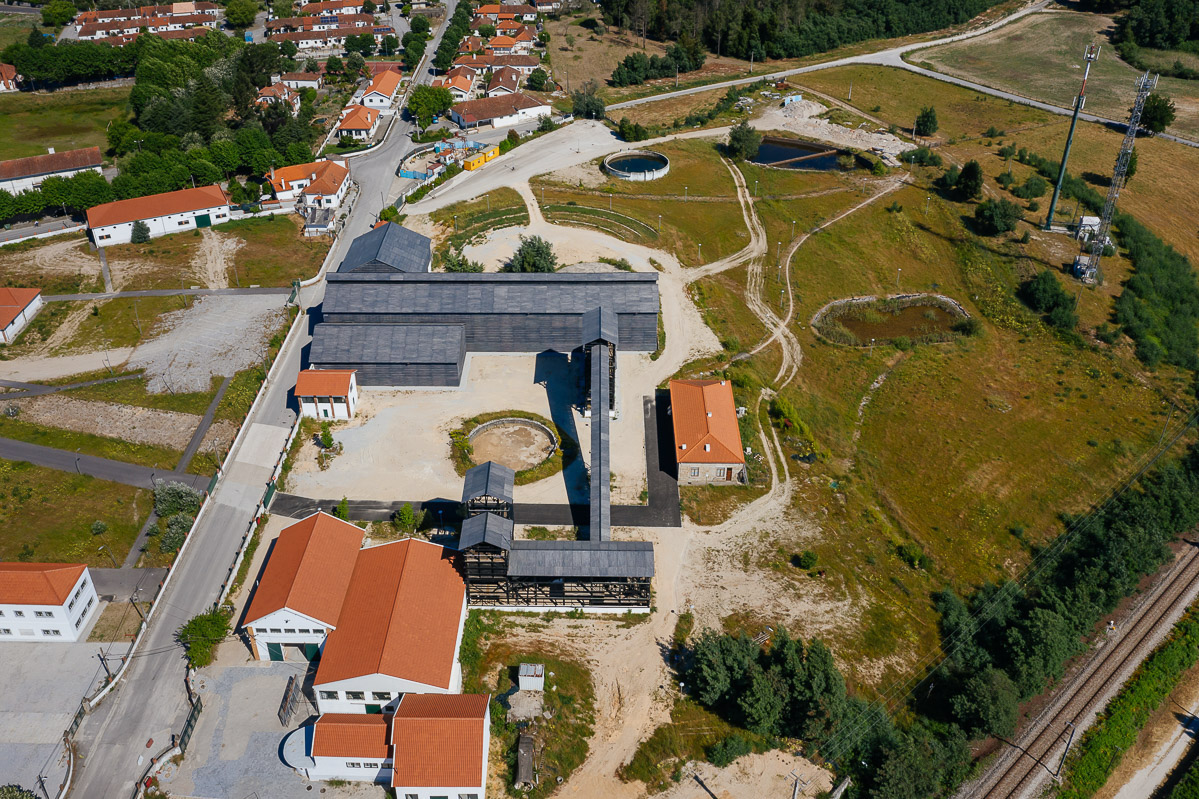 The project intervention consisted of uncovering these industrial buildings’ walls and roofs to reveal the steel structure, the infrastructure network, machines, devices, and the operating mechanisms within. Then an enclosure was devised, one that works as a protective armour and which serves to filter the light from the outside, however allowing it to ventilate the interior. 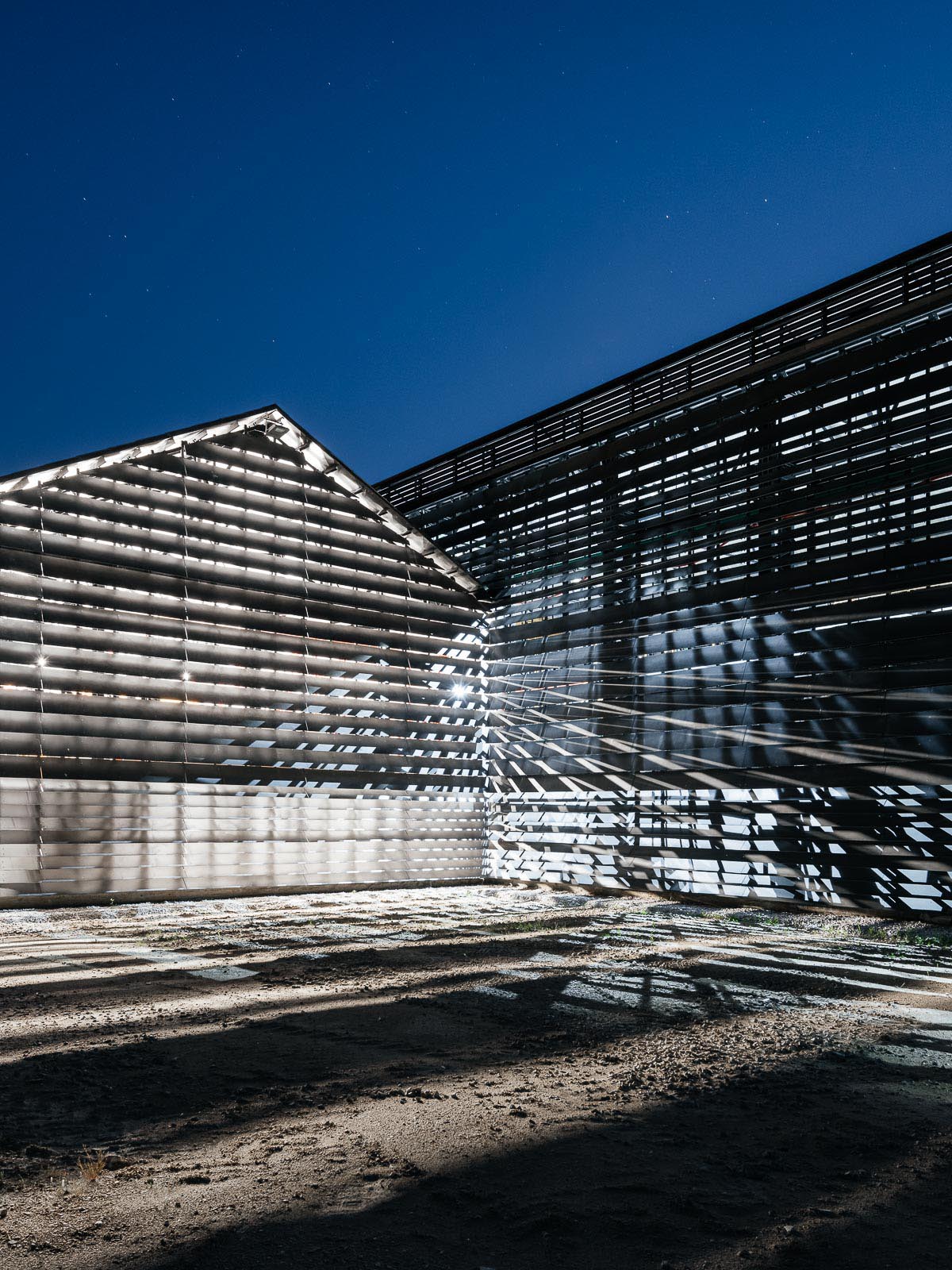 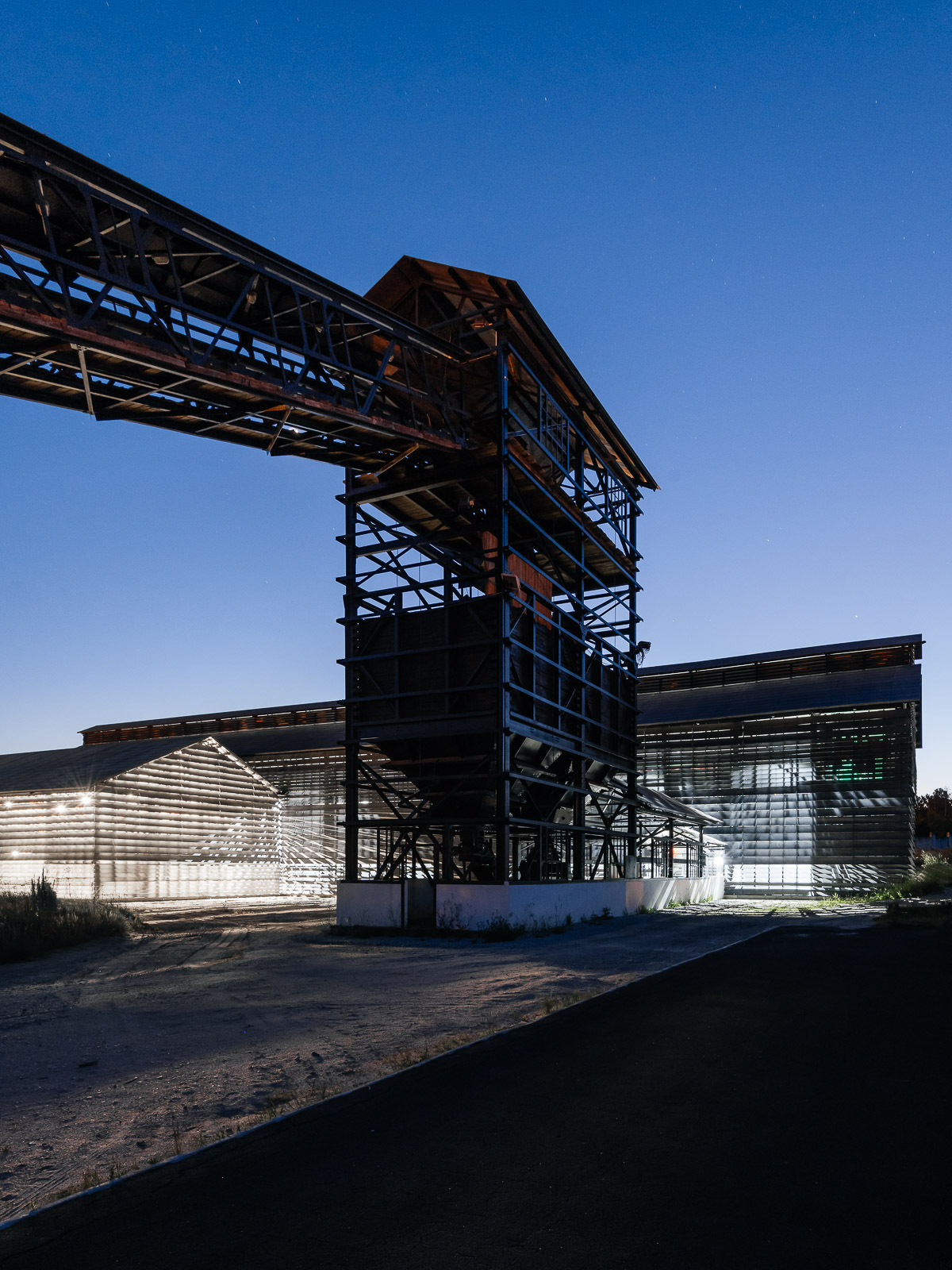 This casing stands out for the striking black cladding - cement composite louver blades - that bend and deflect the outside light while allowing light to pass through giving these spaces and objects a certain atmosphere of awe-inspiring silence and respect.

This sustainable Brownfield regeneration intervention making the abandoned, underused structures and contaminated land fit for a new long-term use in order to bring long-lasting life back to the former mines and the community it lies within.

For the architecture team this project meant an unexpected encounter - with memories of the former Mines- and through architecture they wanted to honour and provide a heartfelt tribute to the miners in the hope that it will serve as testimony and a token of gratitude to a considerable legacy of an activity that still embodies this place. It is expected that an exhibit space and visitors centre opens in the new campus to do just that. 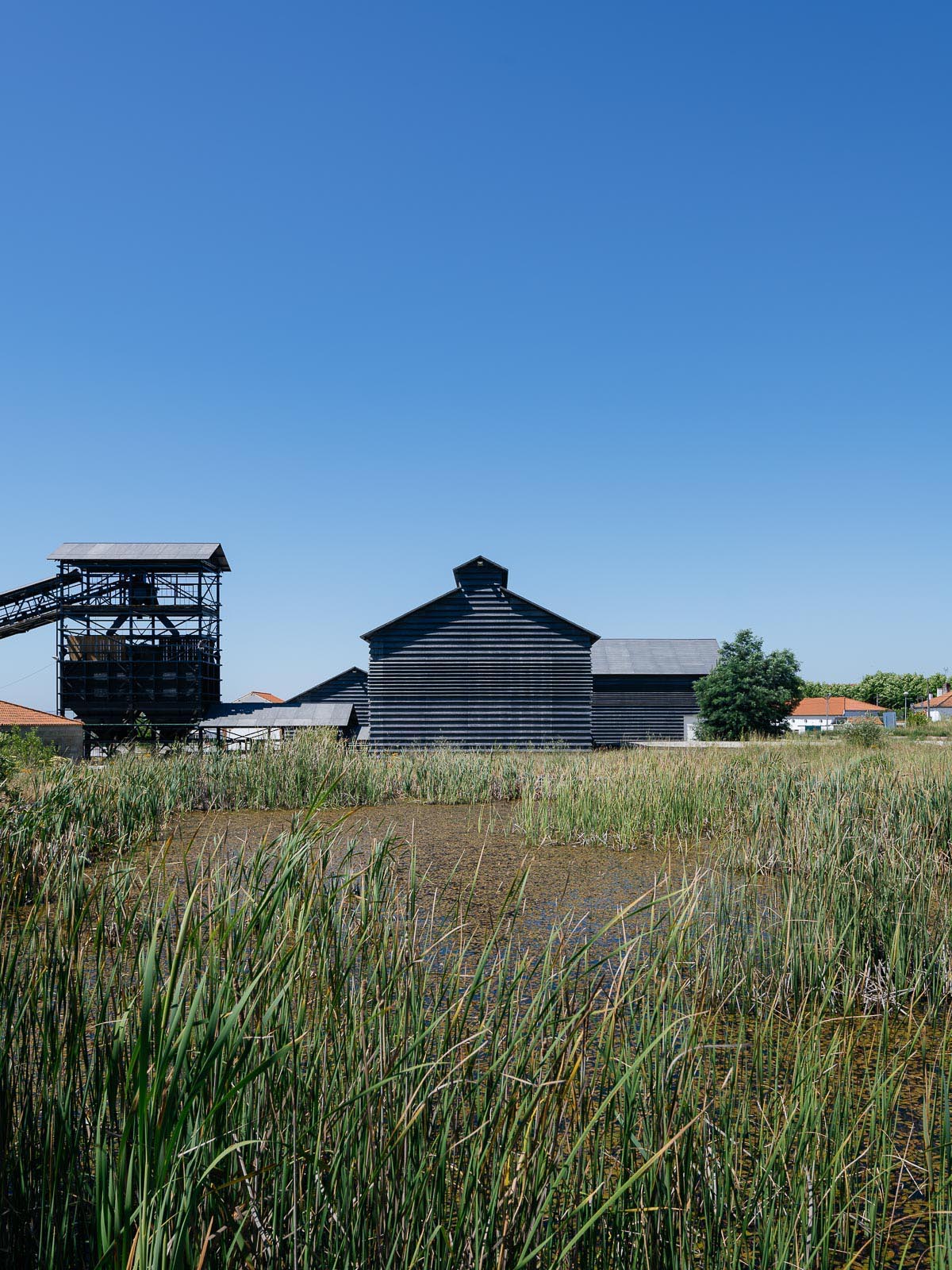 *At the turn of the 20th century, people didn't know or understand the dangers of radioactive decay. To them, radioactivity was a new, exotic material that some of the world's leading scientists were hard at work studying. Out of this ignorance, some companies started selling radioactive products like soap, toothpaste, and an "energy drink" bottle water.

All images © Do Mal o Menos