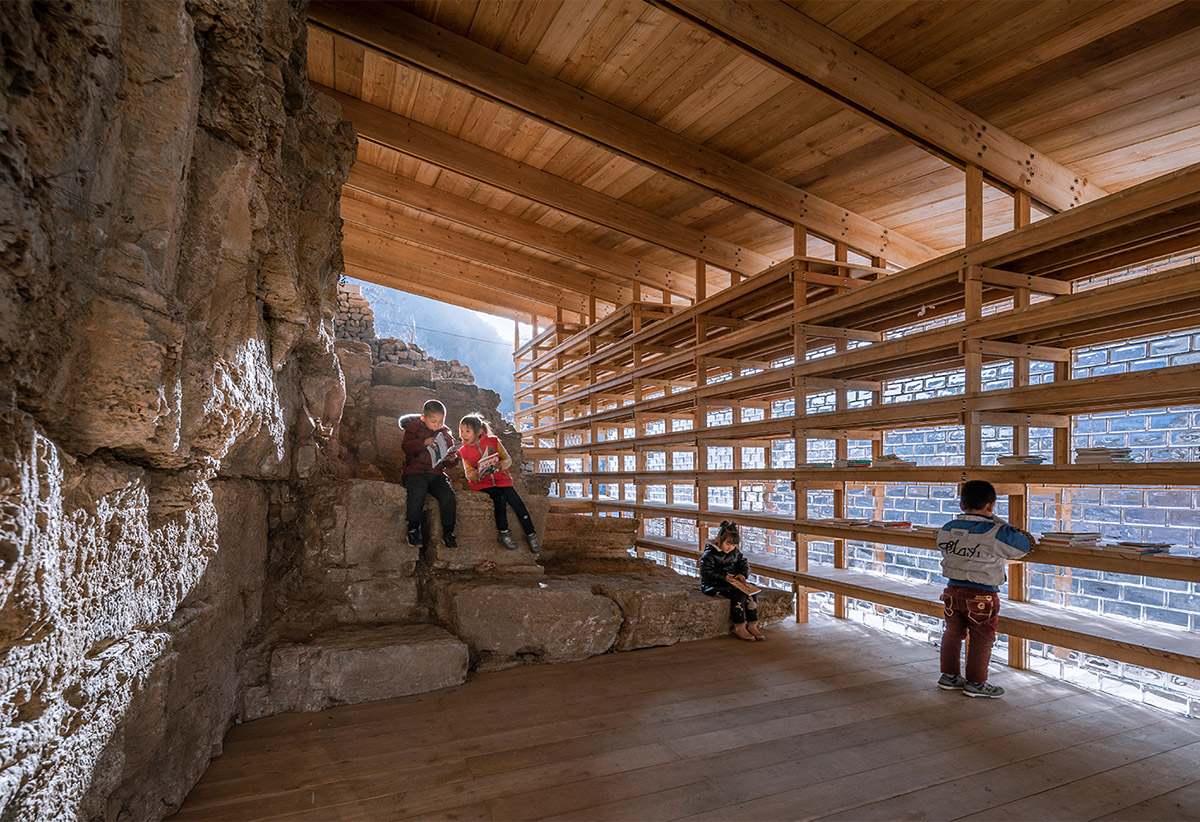 A small library has been attached on the rock to minimize natural damage on the land in Zheshui Village located in Taihang Mountains, Shanxi, a plateau province of North China.

Named Zheshui Natural Library, the structure is designed according to the shape of the natural topography which has been built on the rock.

The village and the topography are closely articulated, as the team said. As the studio explains, in this region many houses are built by leaning on the mountain.

For this reason, the architects have been inspired by this traditional construction method and they attached the structure on the rock. The "bookshelf" provides three functions in this building: column-grid structure, place to seat and book containers. 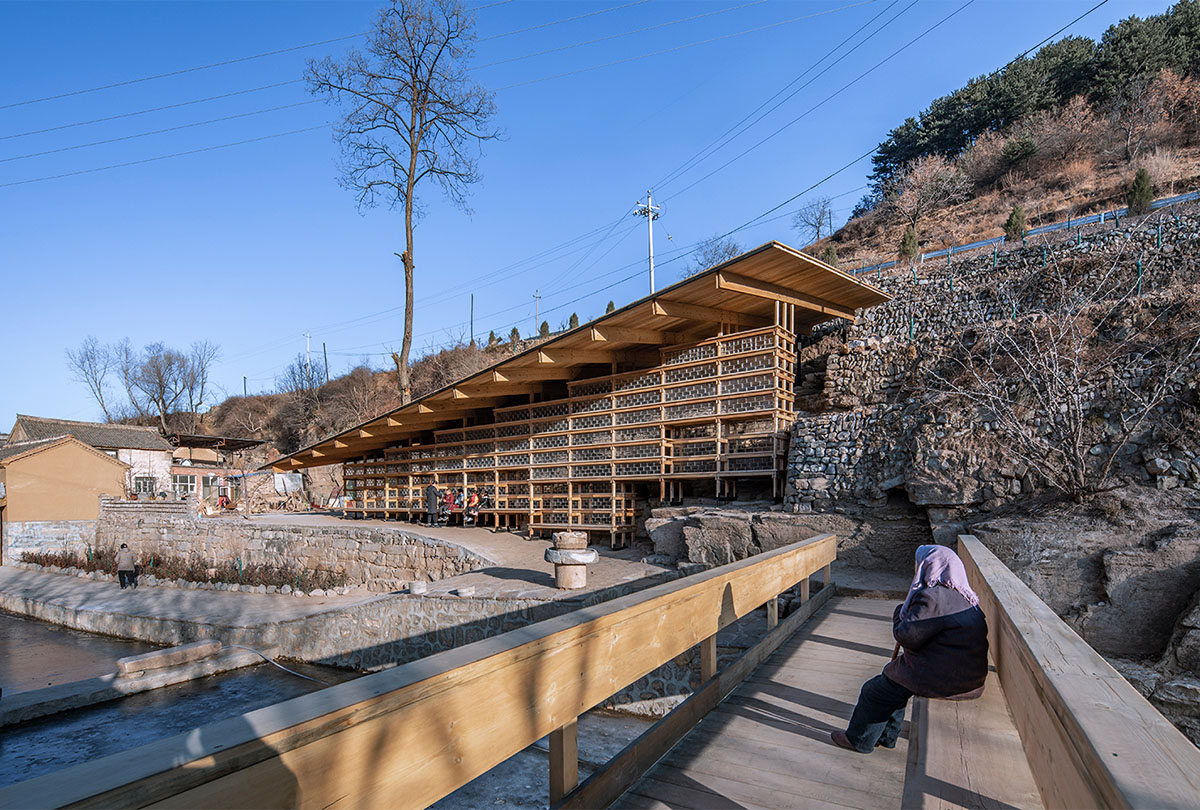 The studio used all foundations as light foundations to reduce the impact of natural damage on the land. "For the sake of saving materials, the timber we used are very thin," said LUO studio.

The timber columns are 4 cm thick in section, the timber beams are 2.5 cm wide in section. The architects connected each structural component to each other to create a stable structural system. 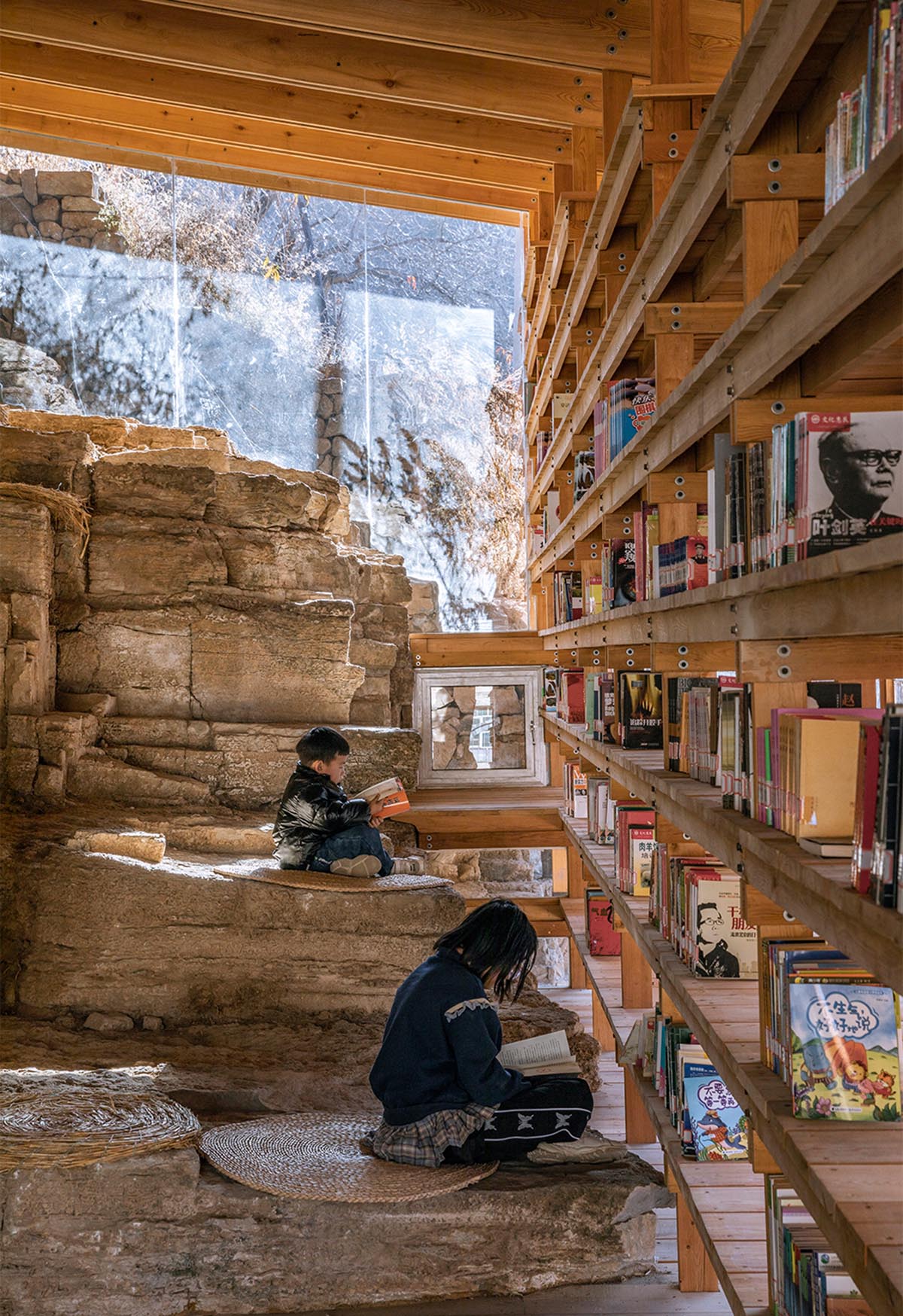 Inside, there is a big gallery space where visitors can seat on the rocks and move freely inside. Rock becomes part of the library and provides a visual coherence with the bookshelf. 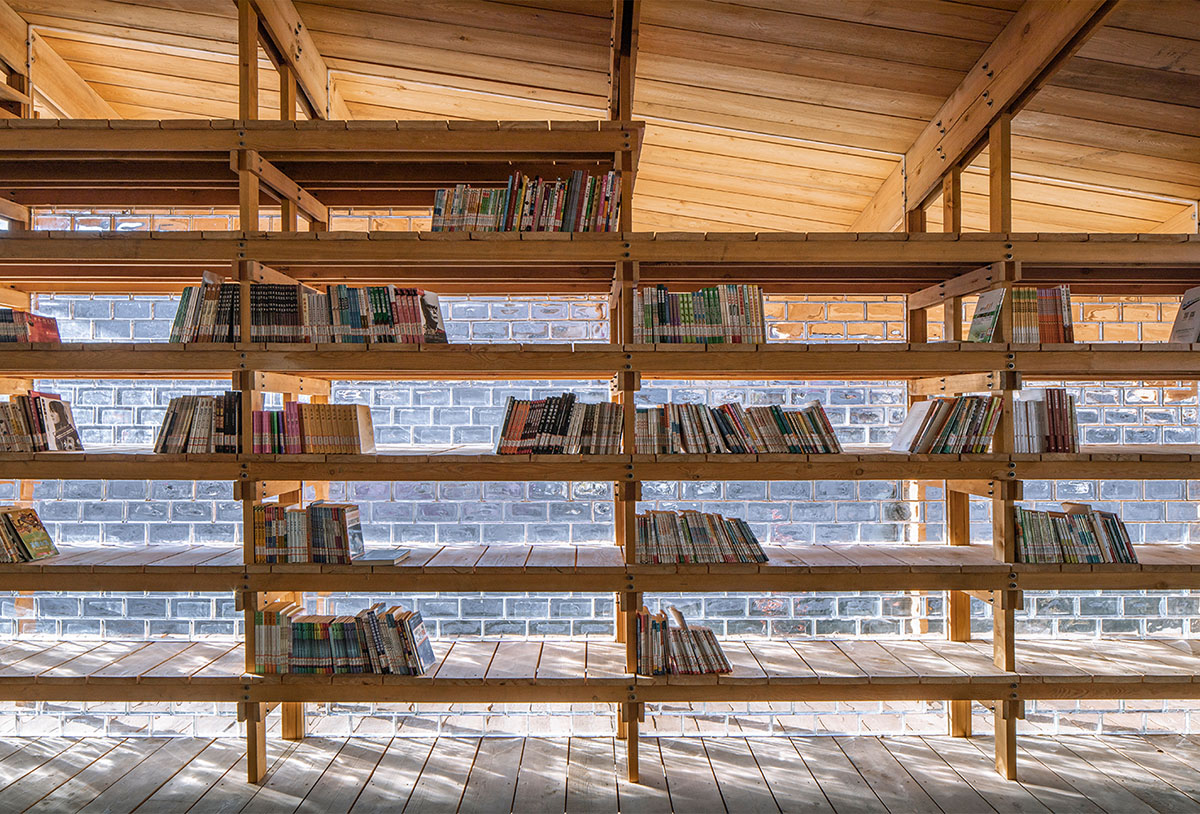 The gap between the columns is filled with glass bricks, which is both an internal and external partition, at the same time support building units.

The roof is assembled with two layers of panels, one layer is laid horizontally, and the other layer is laid longitudinally. All the components work together to form the structure system. They are structures, enclosed components, and windows. 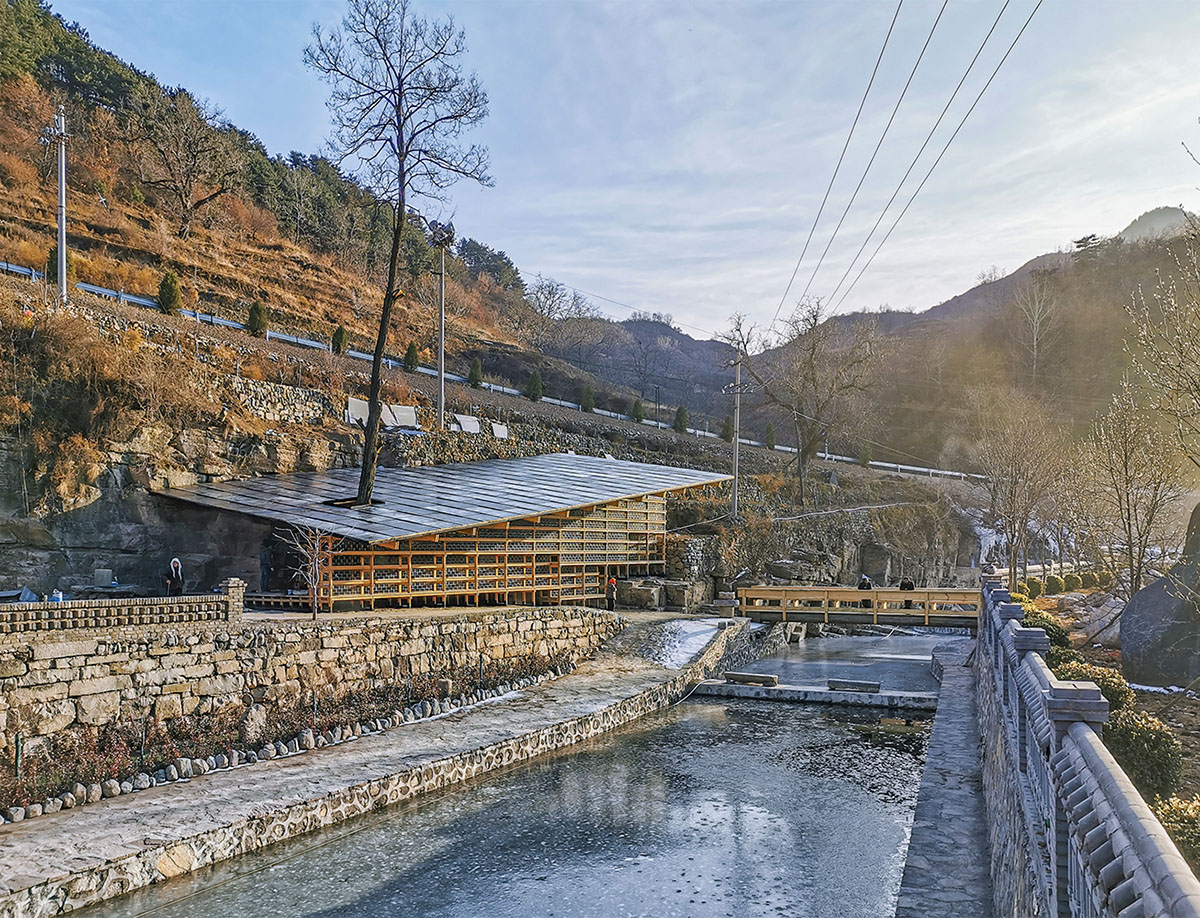 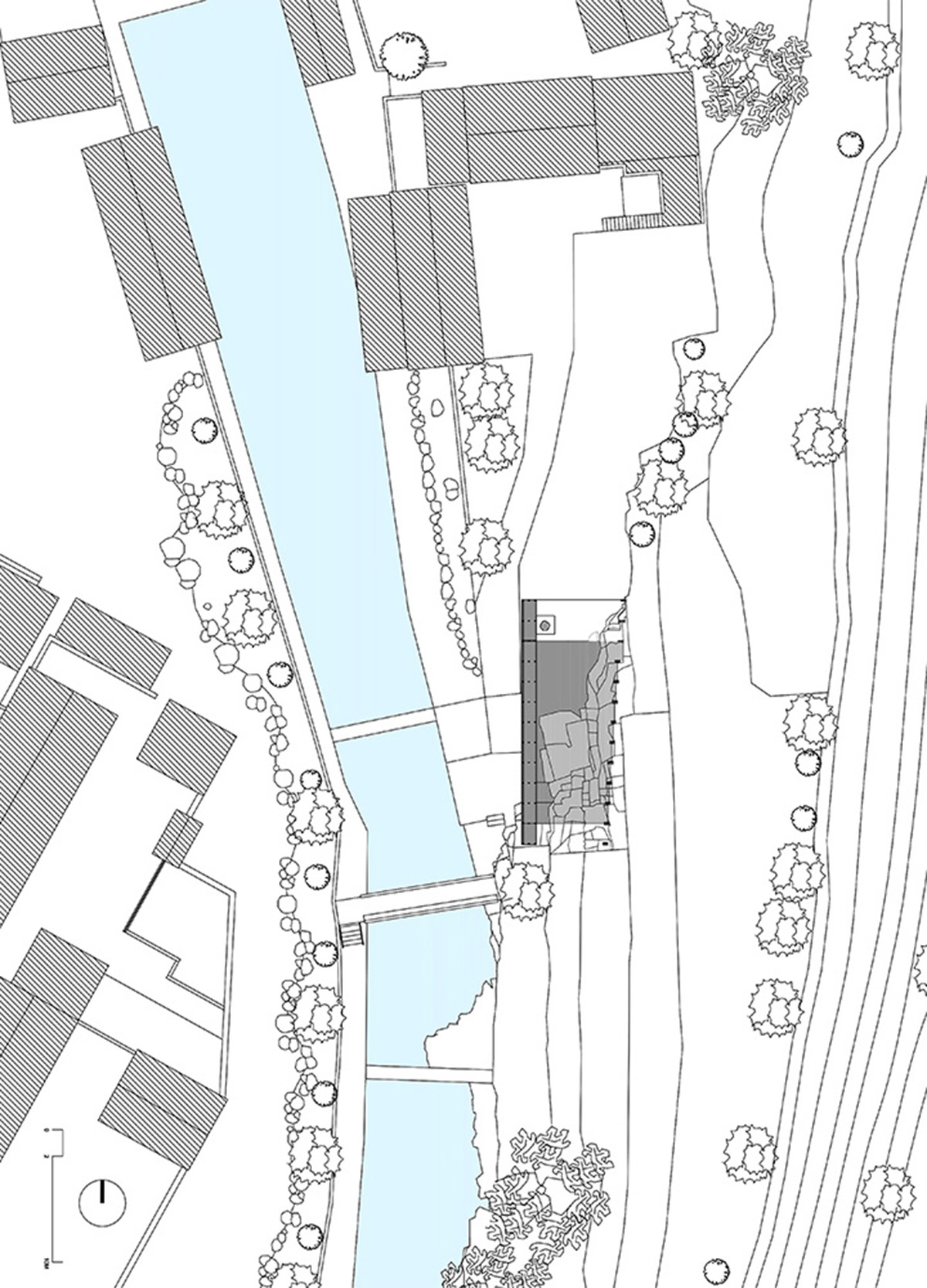 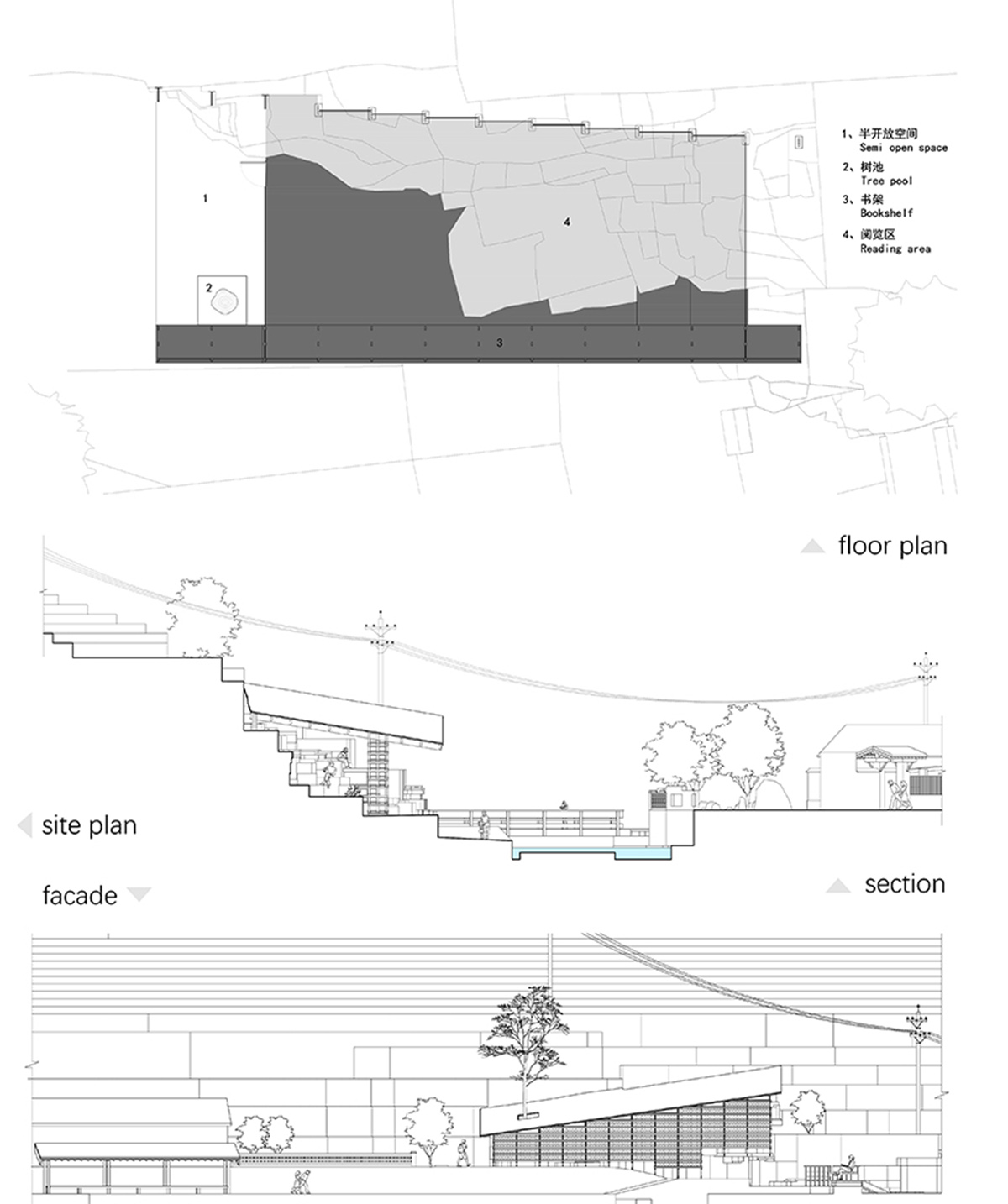 LUO studio previously completed Party and Public Service Center of Yuanheguan Village in China and designed a module that can adapt to various office spaces in Beijing.