Seattle Space Needle gets an upgrade

"The Space Needle has always been a treasured place where we can observe the contrast between the changing city of Seattle juxtaposed against the natural resources that surround it. Our design widens the lens of that human perspective," said Alan Maskin, Design Principal at Olson Kundig in the press release.

The Seattle Space Needle, Seattle's 184-meter iconic observation tower built in 1962, got a long-awaited historic renovation by Seattle-based design firm Olson Kundig and opened to the public again in the past months.

The renovation is part of the “Century Project", a multi-year effort to highlight the structure of the Needle and get closer to the original vision from its concept sketches. The Century Project marks the third renovation to the tower since it was completed by architect John Graham with businessman Edward E Carlson. The 1982 addition of the SkyLine event space at 100 feet , and the new Pavilion entrance and expanded retail space added in 2000, were among previous changes. 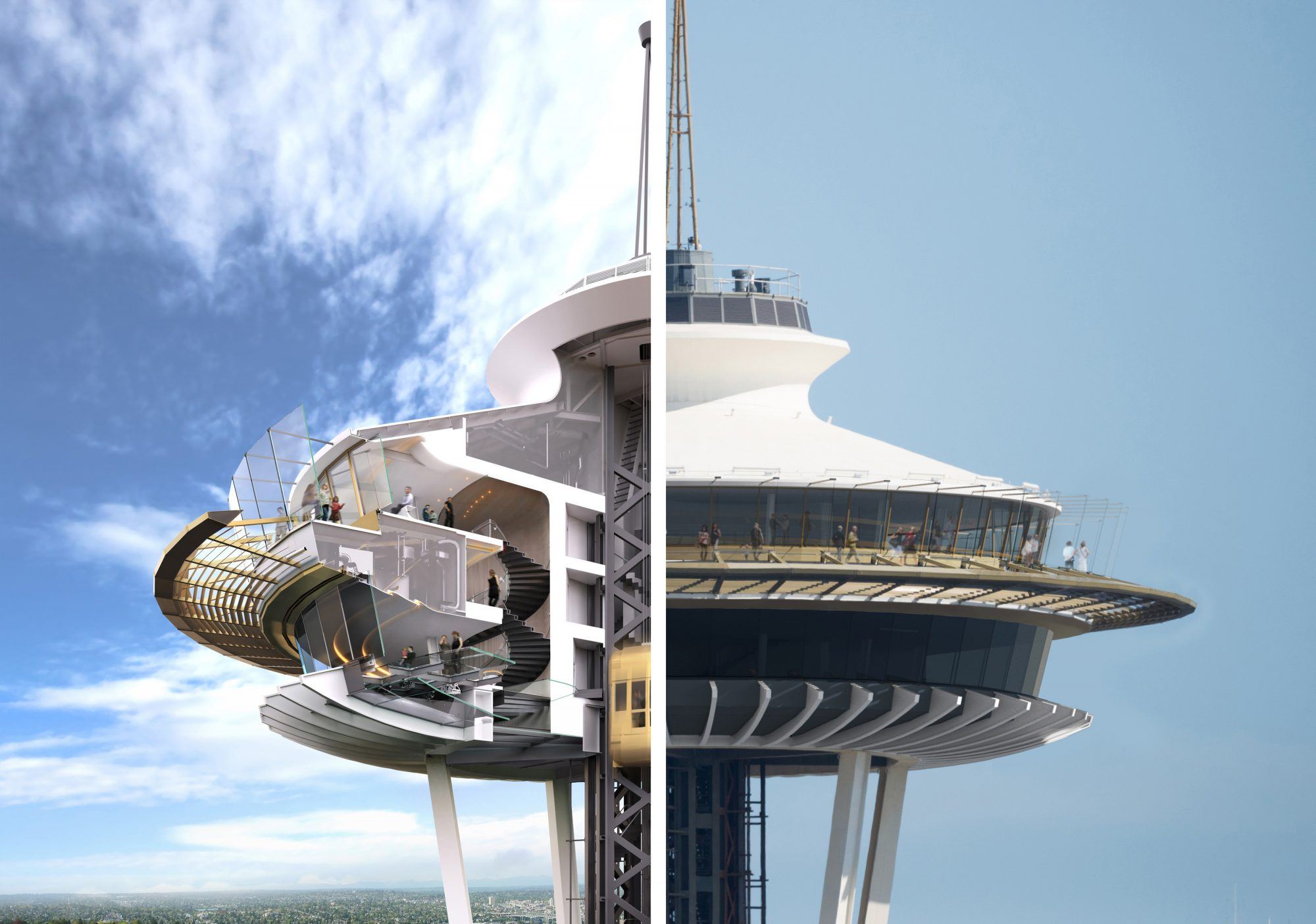 Olson Kundig worked with local architecture historians and preservationists, including the Seattle Landmarks Preservation Board, to get the plans right. Olson Kundig’s transformation of the landmark tower was focused on revealing the ingenuity of the original structure while improving  the visitor experience. With the vision of "More glass, more views" and "More minimalist, less obstruction", therefore, the key feature of this $100 million project is the addition of the rotating glass floor that allows visitors to get an unblocked view of the city underneath, from 520 feet above ground. According to the Space Needle’s management, this is the first and the only revolving glass floor in the world. 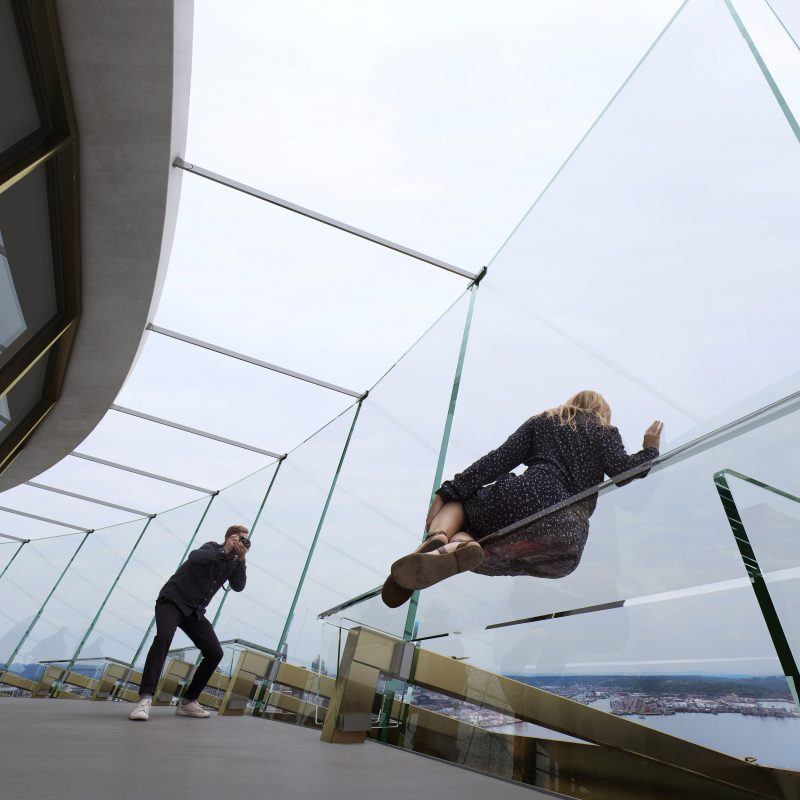 Called as the 'Loupe', the new floor makes one complete orbit per hour. Counter-weights and the insides of the elevator are both revealed. Open glass walls and benches have been added alongside the glass floor to create a floating illusion above the city. Overall, more than 176 tons of glass has been used in the renovation. Therefore, the new glass floor offers not only the 360-degree view of Seattle but also the tower's inner structure and the mechanism by giving the viewers sense of what makes the Needle tick.

"The extraordinary skill and dedication required to design and build the Space Needle in 1962 brought out the best of our collective design and consulting team. In collaboration with Richard Green at Front, Arup, Hoffman Construction and MKA, we pushed the use of glass to the very limits of contemporary technology in a manner we are confident the original designers would support," said Project Architect Blair Payson in an interview. 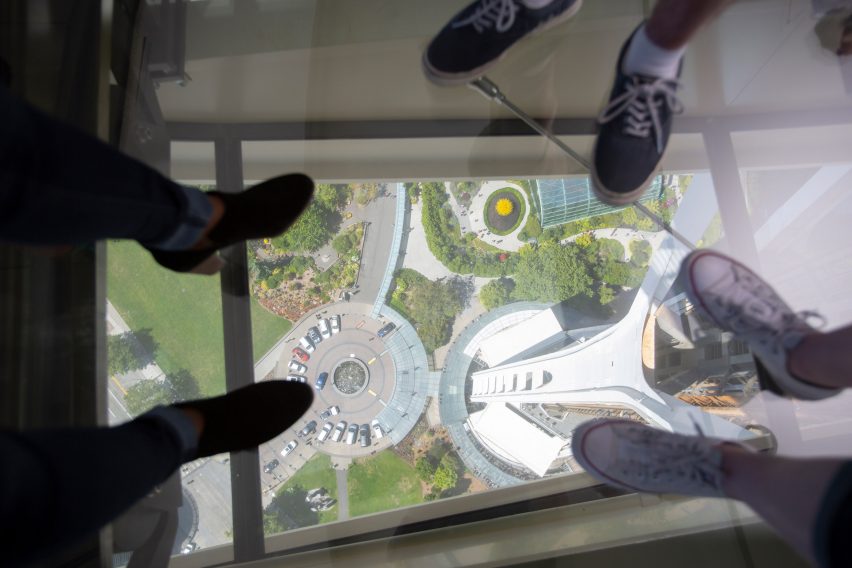 The renovation required an installation of a 44,650-square-foot scaffolding platform at the base of the Space Needle’s "top house". The platform, installed by scaffolding firm Safway, acted as a base for a temporary, weather-proof structure that shielded the project’s 25 construction workers from inclement weather at the top of the Space Needle. The temporary structure contained all the construction activity to the exterior of the top house allowing for the facilities to remain open throughout the build-out.

"I believe we will look back at this as a pivotal moment in the history of the Space Needle. This project both connects us back to our roots, to the vision that my father and his partners had in 1962, and guides us into the future for future generations to enjoy," said Jeff Wright, Chairman,Space Needle LLC.

All images courtesy of Olson Kundig

> via Spaceneedle and Olson Kundig