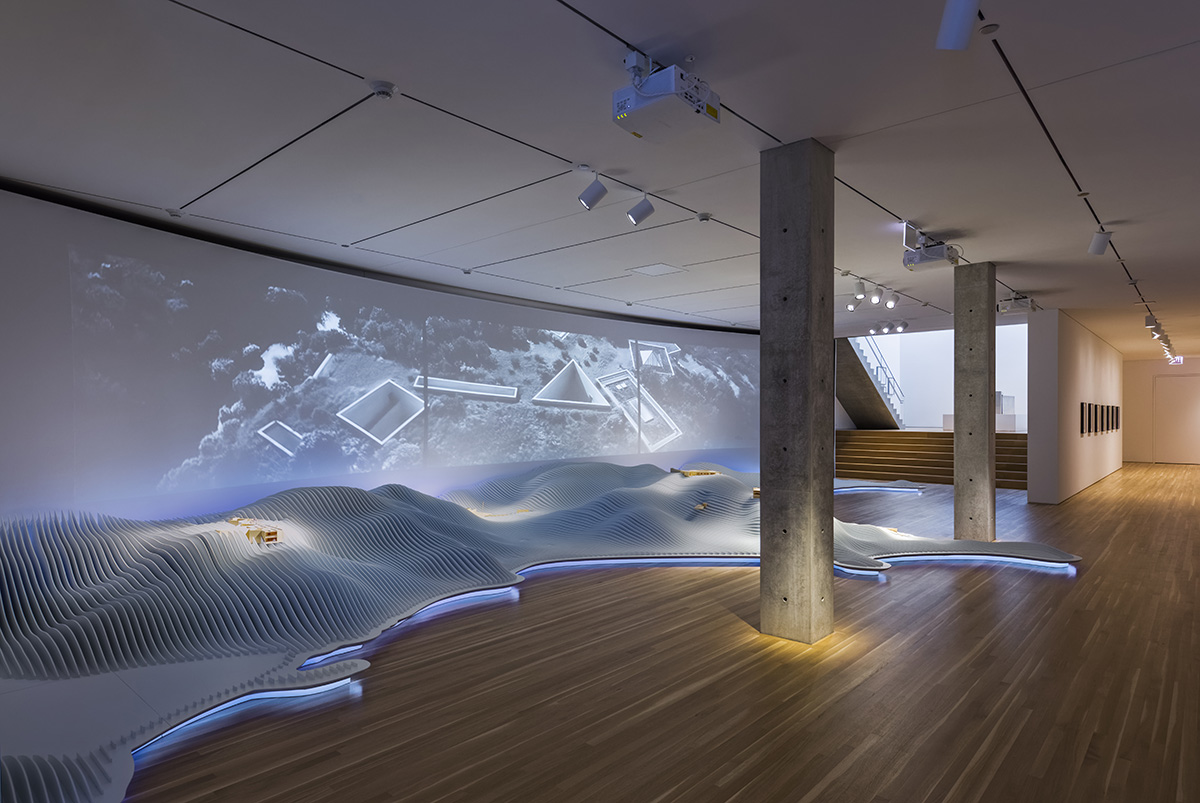 A new exhibition space, designed by Pritzker Prize-winning architect Tadao Ando, has officially been opened on October 12, 2018 in Chicago, with inaugural exhibition "Ando and Le Corbusier: Masters of Architecture", which runs from October 12 to December 15, 2018.

Called Wrightwood 659, the architect has transformed a 1920s building with his signature concrete forms and poetic treatment of natural light, the building will be devoted to exhibitions of architecture and socially engaged art. The inaugural exhibition, Ando and Le Corbusier: Masters of Architecture, on view October 12–December 15, 2018, will explore Le Corbusier’s pivotal influence on Ando. 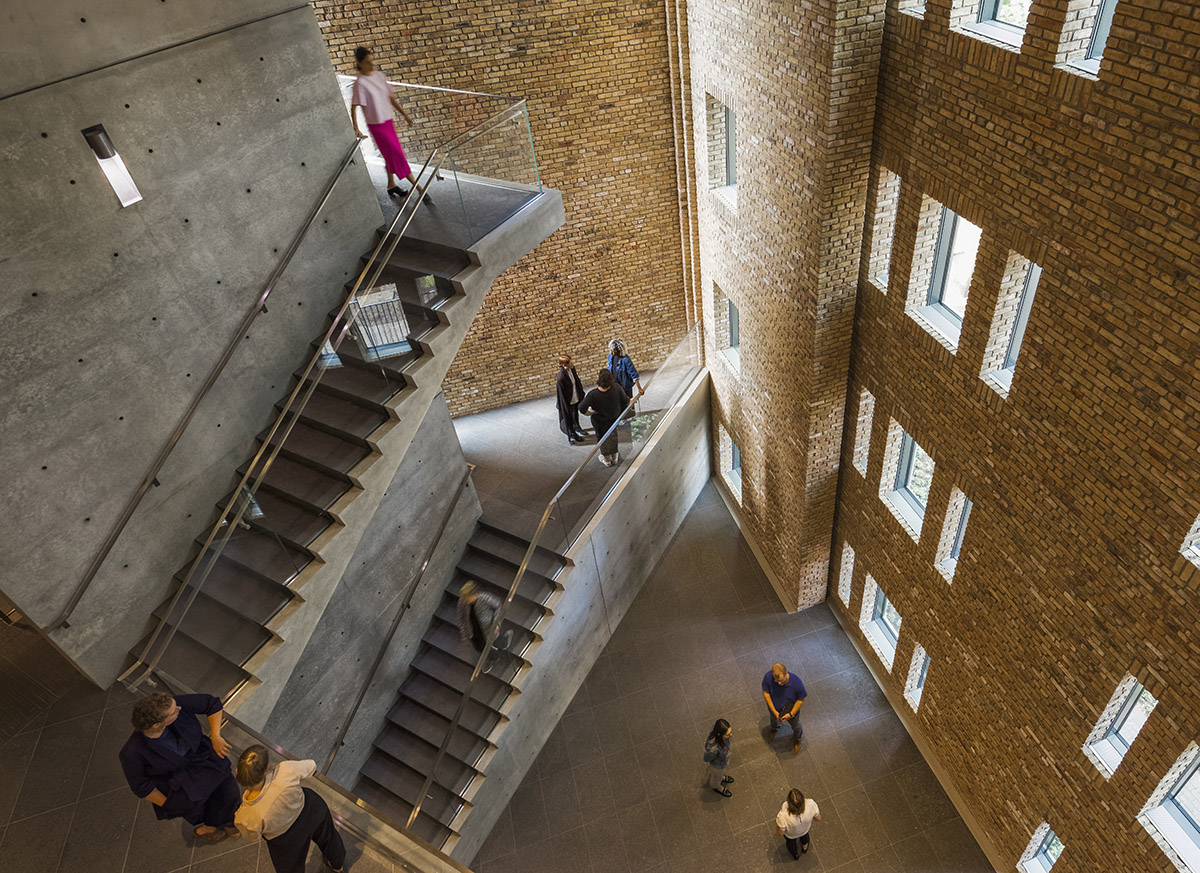 In a city rich with art institutions and internationally known for its architecture, Wrightwood 659 is a site for both intimate experiences of art and architecture, and thoughtful engagement with the pressing social issues of our time. Located at 659 W. Wrightwood Avenue, in Chicago’s Lincoln Park neighborhood, it is a private, non-commercial initiative envisioned as an integral part of the cultural and civic fabric of Chicago, as well as a new kind of arts space and cultural resource.

Lisa Cavanaugh, Director of Wrightwood 659, stated "we are delighted to be opening a new space for art in Chicago, one conducive to quiet reflection and thoughtful engagement, while also provoking activism on behalf of a more just society. We look forward to welcoming visitors to Wrightwood 659." 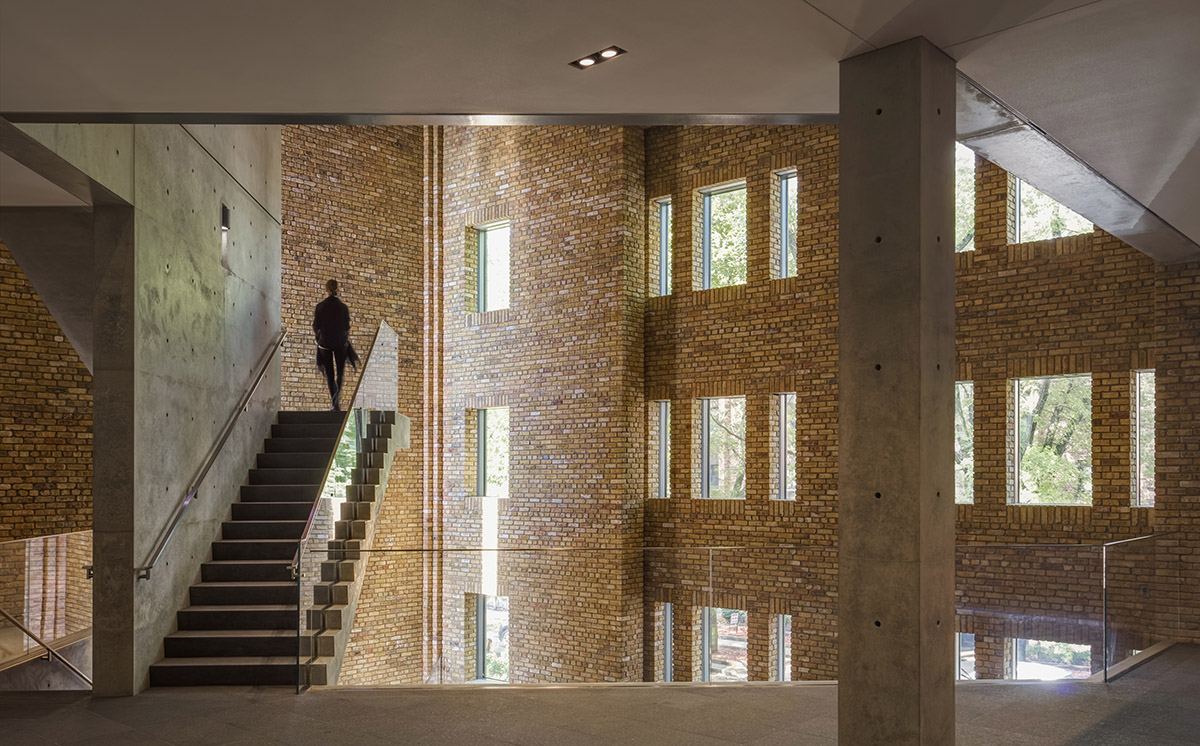 Wrightwood 659 will host exhibitions generally alternating between socially engaged art and explorations in architecture and design. The Gallery does not possess a collection and it is not intended to be a collecting organization.

The inaugural exhibition, Ando and Le Corbusier: Masters of Architecture, occupies all three floors of exhibition space at Wrightwood 659. It includes more than 100 Le Corbusier drawings, photographs, and models—on loan from institutions including the Fondation Le Corbusier, Paris, and the Art Institute of Chicago—as well as 106 small models of Le Corbusier’s architectural works made by students of Ando, among other objects.

The curator of the Le Corbusier section of the exhibition is Eric Mumford, PhD, Rebecca and John Voyles Professor of Architecture, Washington University in St. Louis. The Ando section is curated by architectural historian Dan Whittaker, PhD, who is working with the Ando studio on the installation of that portion of the exhibition. 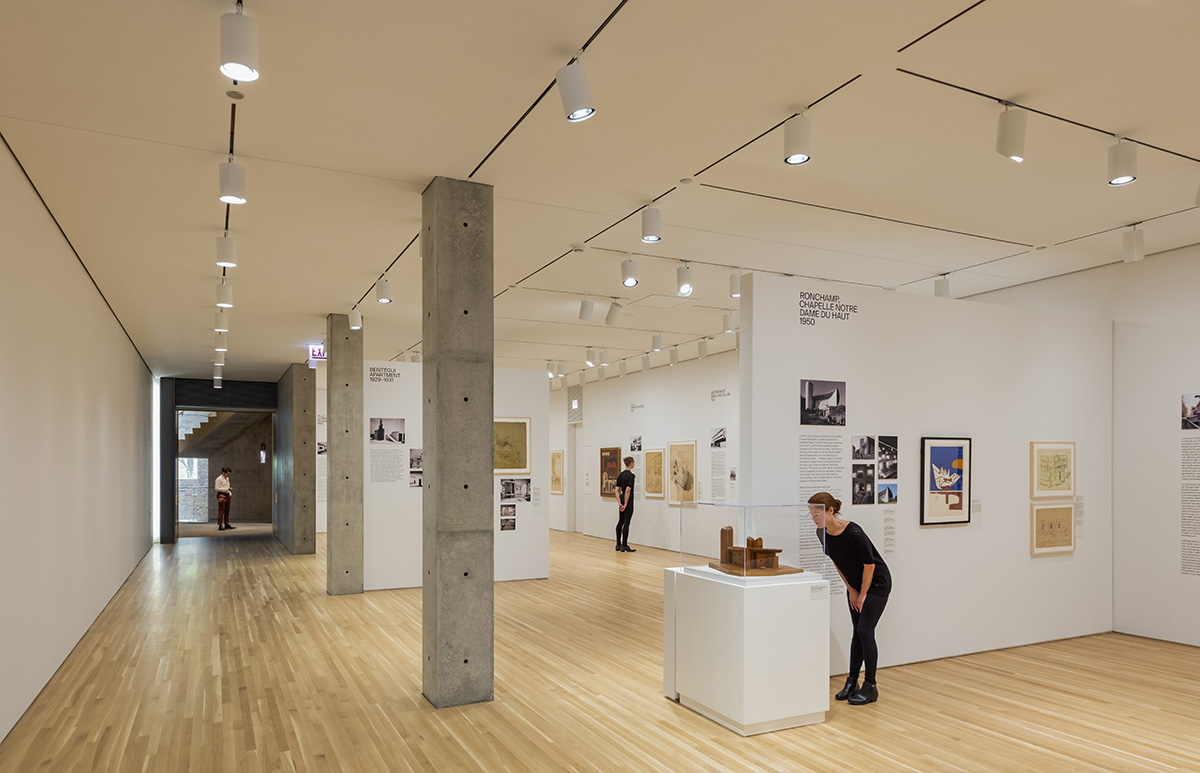 Ando and Le Corbusier is organized in four sections: The expansive second-floor gallery, devoted to Le Corbusier, will contain his Purist works of the 1920s, including paintings and furniture; his expressive, exposed-concrete work of the postwar years; and a series of maquettes of Le Corbusier buildings created by students of Ando.

Highlights here will include original models of key Le Corbusier projects, such as the Villa Savoye (1929), a modernist private house outside of Paris; the urban plan for the reconstruction of the small French city of Saint Dié (1945), intended to transform the war-damaged town into something of a modernist utopia; the Unité d’Habitation, a housing project in Marseille (1945); the chapel at Ronchamp (1950); and the Assembly at Chandigarh, India (1954), represented by a very large model of the entire capitol complex. Several Le Corbusier paintings and lithographs will also be included, along with documentary materials, archival photographs, and an original chaise longue designed by Le Corbusier and Charlotte Perriand (1929), from the collection of the Art Institute of Chicago. 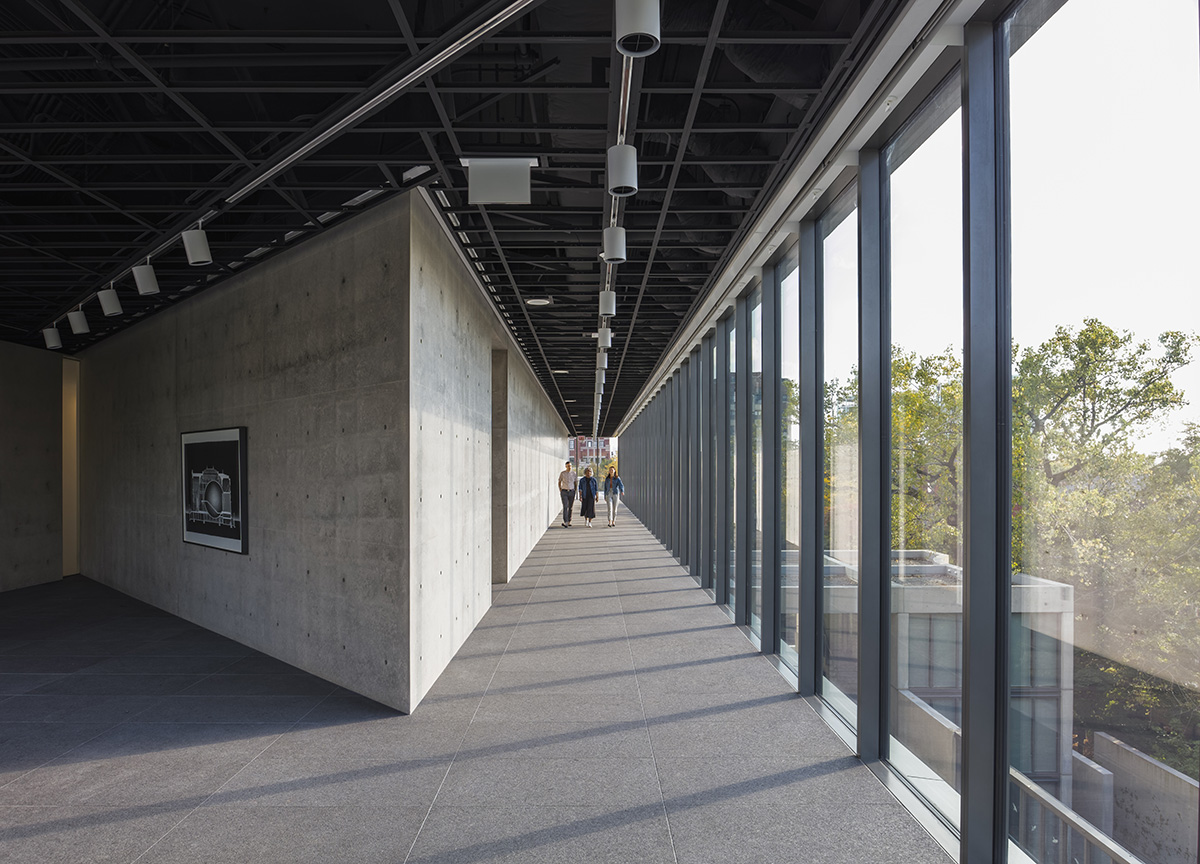 The third and fourth floors will be devoted to Ando’s work, with the third floor focusing on the architect’s work on the island of Naoshima and its Benesse Art Site. This will be represented with models of several art museum buildings and hotel structures. The fourth level will contain a presentation of Ando’s three major American museums, with models of the Pulitzer Arts Foundation, in St. Louis, created by IIT students working under Whittaker’s oversight; the Modern Art Museum of Fort Worth, built by students at University of Illinois Chicago; and the Clark Art Institute, in Williamstown, Massachusetts, constructed by students at the School of the Art Institute of Chicago. 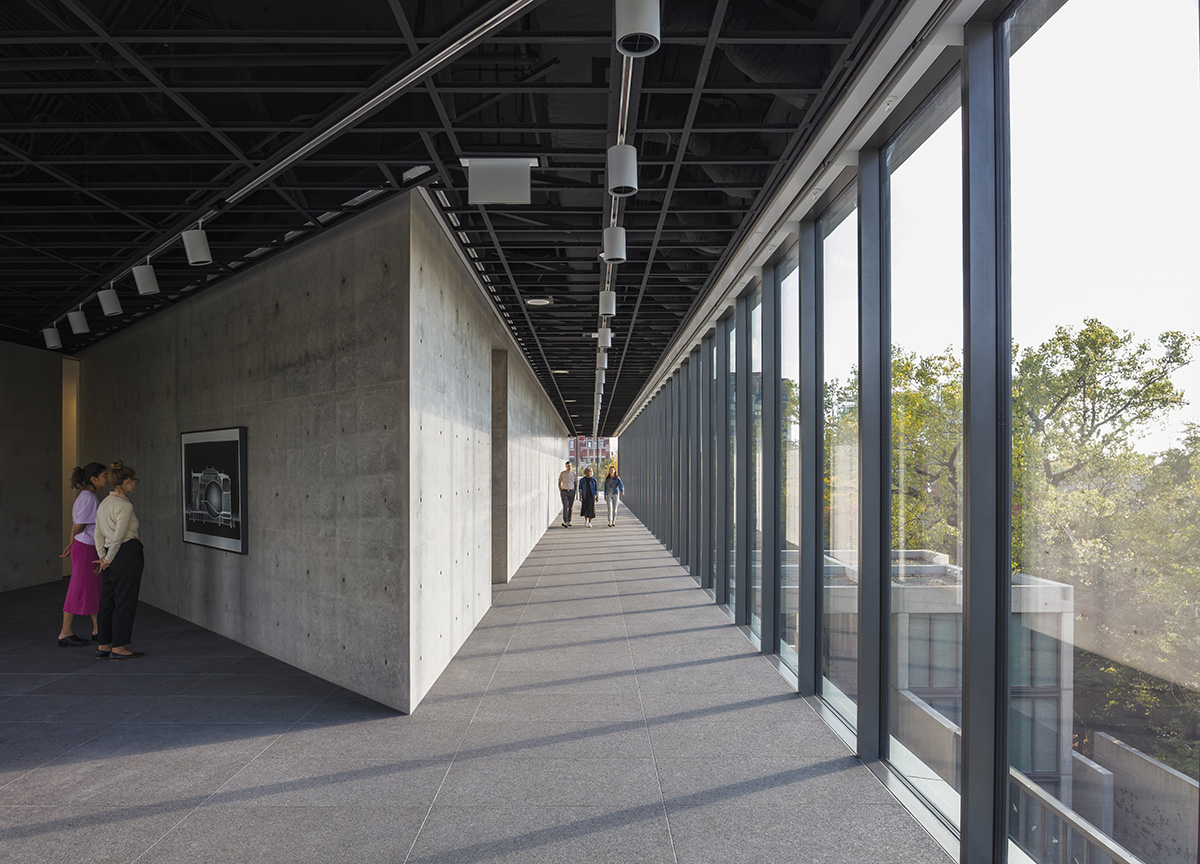 The three models will be accompanied by hand-drawn sketches by Ando, demonstrating the creative, generative design process he embarks upon when designing spaces to house fine art. In addition to the material in the exhibition galleries, a large concrete scale-model of Ando’s iconic Church of the Light in Ibaraki, Osaka, Japan, will be shown on the mezzanine level, positioned beneath the building’s skylights.