One of the most iconic buildings along the Chicago River, the Merchandise Mart, is now the city’s largest art canvas. Launched on September 29, 2018, this permanent piece of public art is a 2.5 acres digital projection across the riverfront facade of Chicago’s 1928 limestone building. 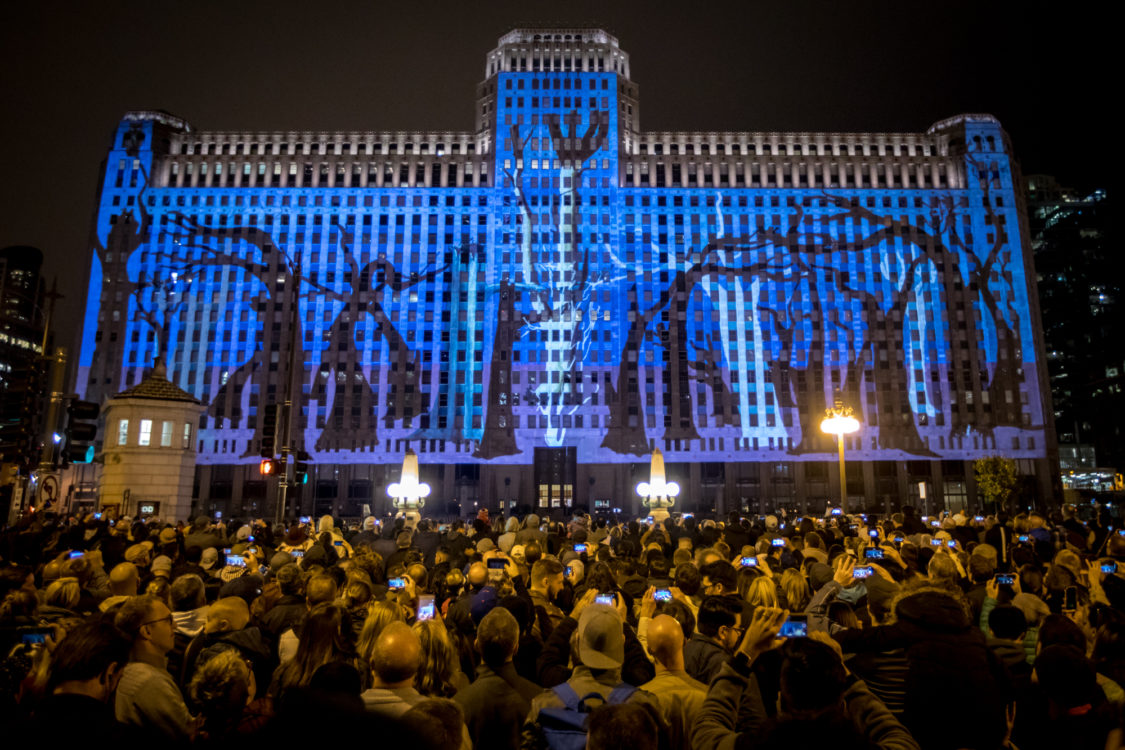 Led by the San-Francisco based Obscura Digital and Chicago-based Valerio Dewalt Train Associates, the $8 million installation will strictly showcase art with no corporate branding or sponsorship. In the spirit of Chicago’s legacy of public art and culture, the 34-video projectors are currently the longest running and largest digital art projection in the world.

"Our challenge was to create a projection system that would allow theMART curatorial team to display images of their choice on the building, while ensuring that the final presentation is aesthetically engaging and beautiful," said spokesperson for The Obscura Group.

Although Obscura Digital has created similar video projections on other iconic buildings such as the Guggenheim Museum, Sydney Opera House, and the Vatican, ‘Art on theMart’ will be the largest permanent installation of its kind. The project is a software driven platform that allows theMART to curate an ongoing exhibition of imagery from celebrated artists, keeping the illumination fresh, timely and engaging. Image courtesy of Art on theMart

“Both the Chicago Riverwalk and theMART are Chicago institutions, so it is fitting that the two will come together to strengthen the city’s legacy of public art. This visionary project, led by Vornado and theMART, will quickly become a Chicago staple that helps to reshape the way people interact with the Chicago River," said Mayor Rahm Emanuel in a press release.

Partaking a 30-year agreement with the City of Chicago for Art on theMart, the project is funded by the building’s owner, Vornado Reality Trust. The Merchandise Mart is 25 stories tall, 4.2 million sq. ft. structure that stretches across two blocks. It is the home to wholesale decorating showrooms, art galleries, and flourishing technology incubators. At the time of its opening, 9 decades ago, it held the title of the world’s largest building. It is still the largest privately held commercial building in the United States. 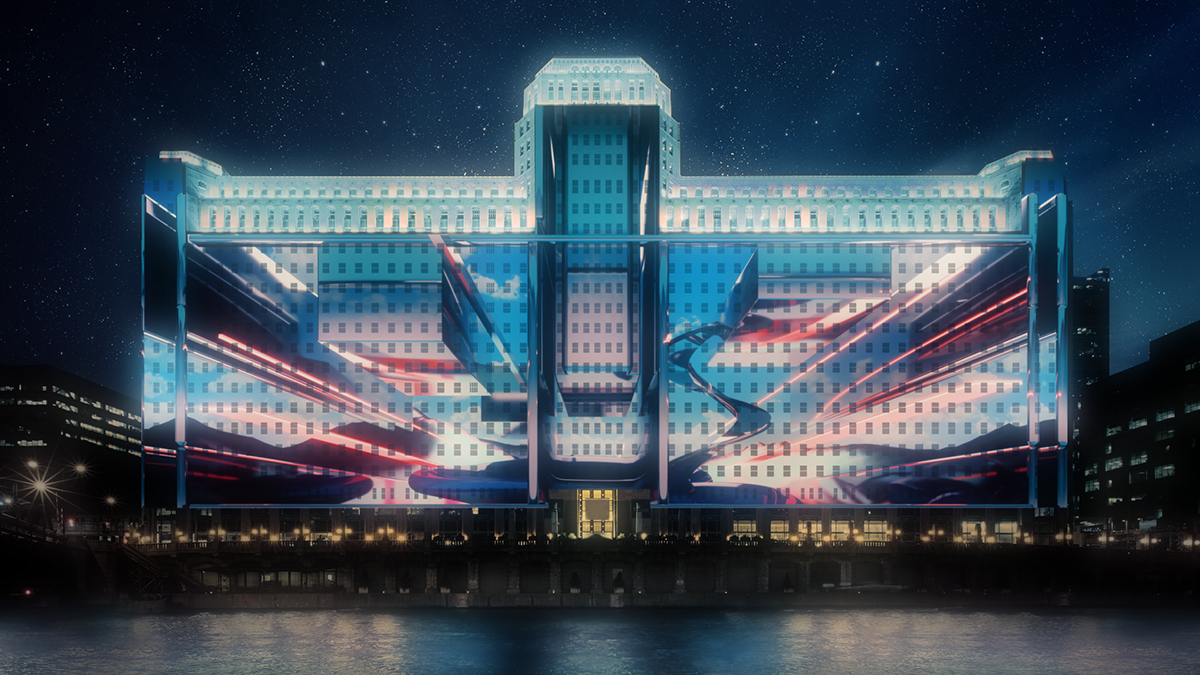 Image courtesy of ART on theMart 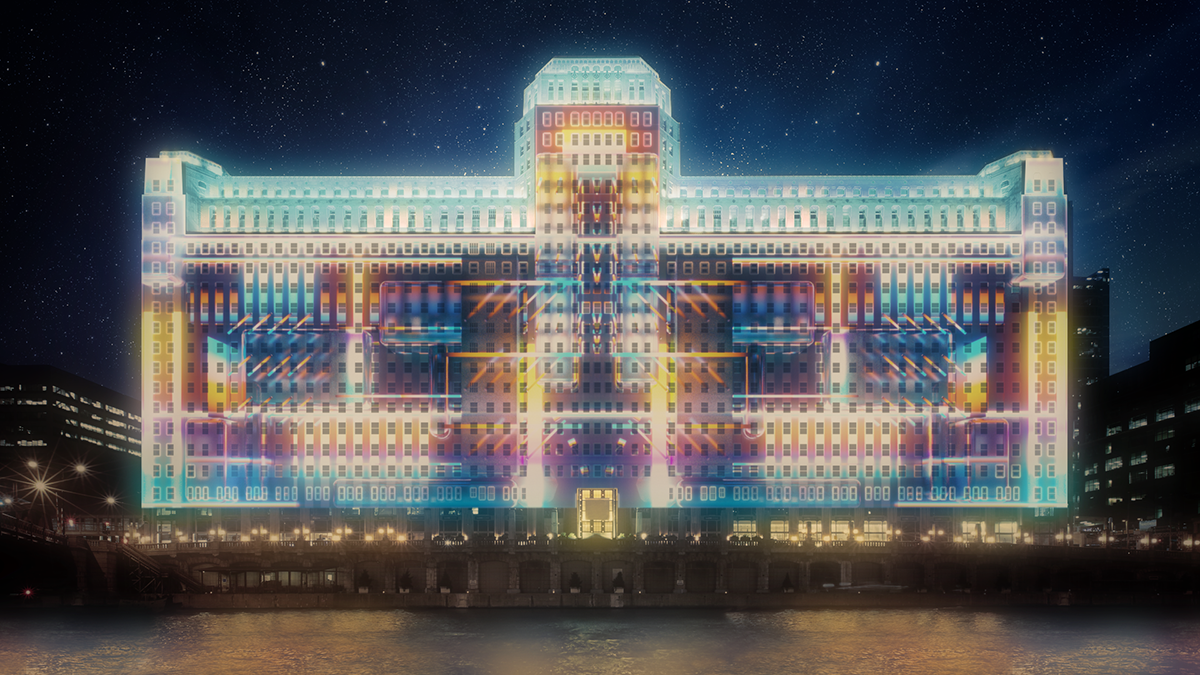 Image courtesy of ART on theMart

"The redevelopment of Chicago's riverfront is vital to our ongoing efforts to attract 55 million visitors annually to the City of Chicago by 2020, creating new jobs and injecting millions of dollars into our local economy," added Mayor Rahm Emanuel.

This idea for Art on theMart was conceptualized back in 2014, when the Mayor’s Office commissioned the Lighting Framework Plan. The conceptual study had suggested creative ways to illuminate some of the waterfront structures. 4 years later, the project is now reflecting the city’s commitment to investing more in public art and increasing access to the Riverwalk.

Art on theMART is scheduled to run for up to two hours a night, five days a week (Wednesday through Sunday), March through December. 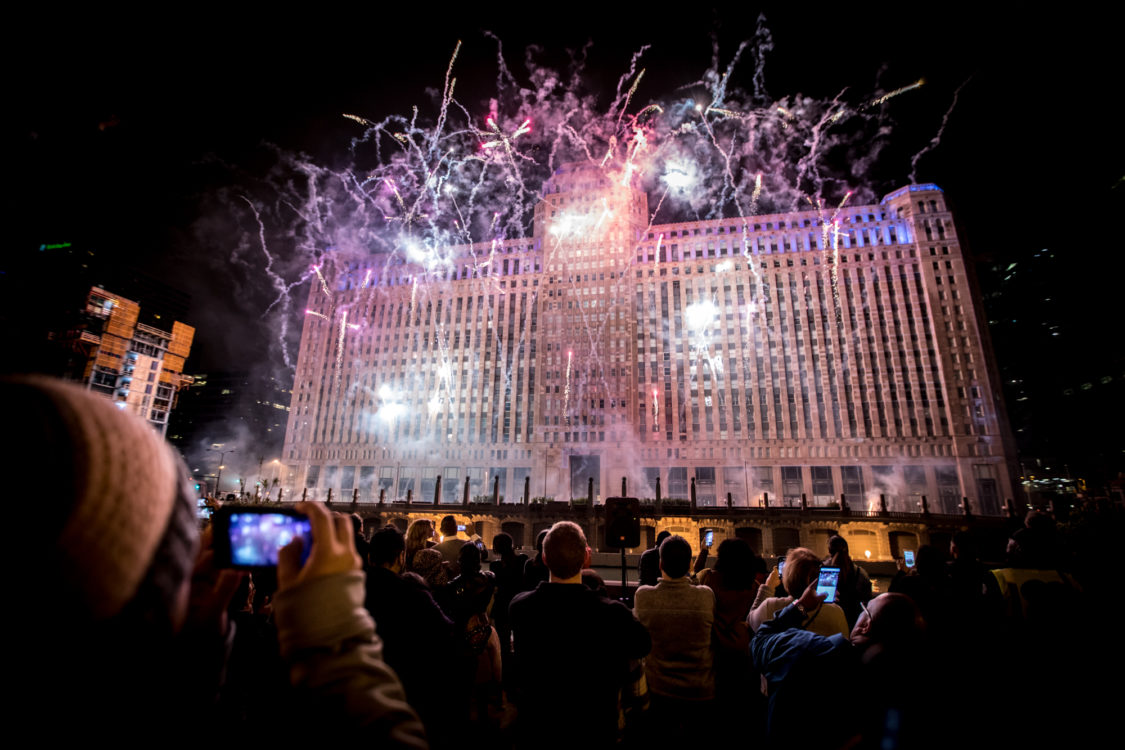 > via Art on theMART and Chicago Curbed