In the interiors, various forms of circles dominate the space while their colorful fabric curtains add a second layer to the rooms. 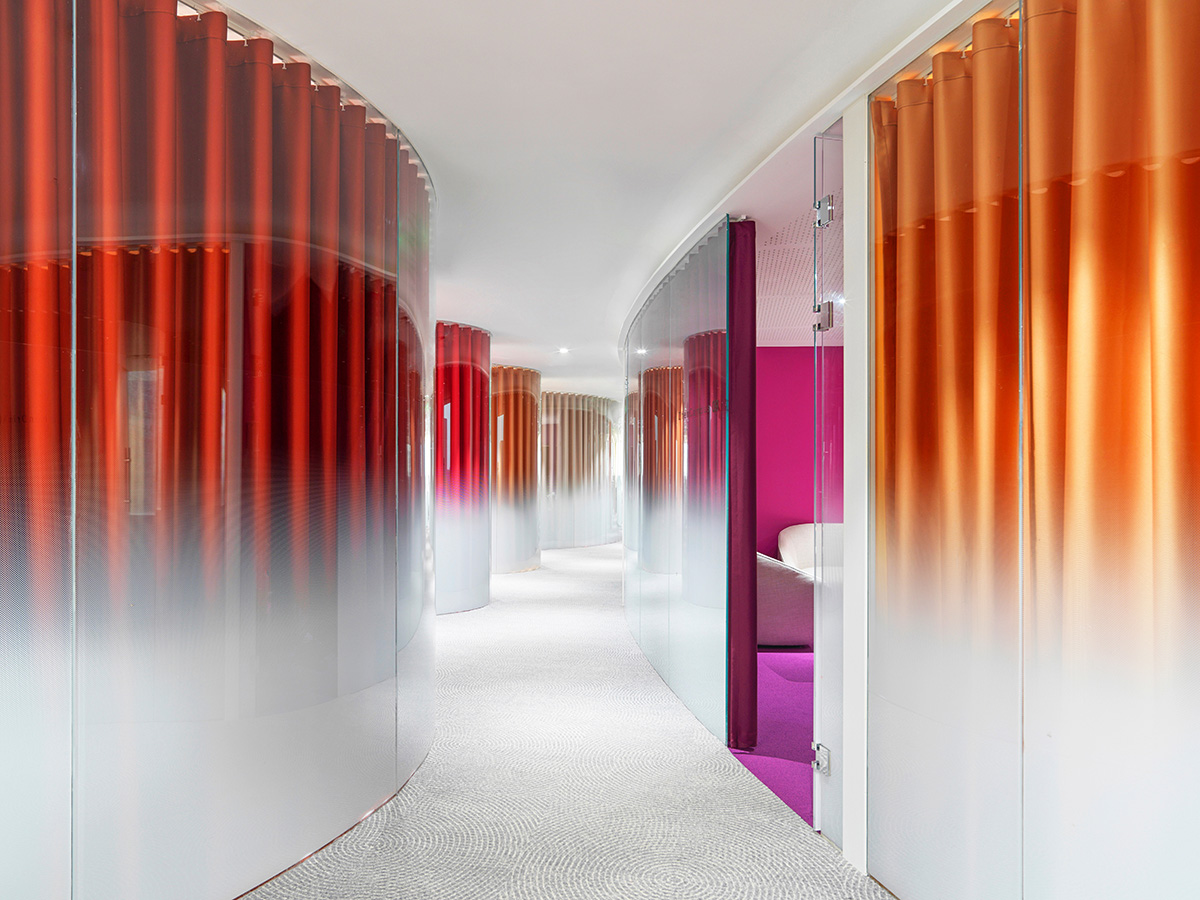 The studio describes the space like "working in the clouds" as it gives a floating atmosphere due to the transparent structure of the volumes.

A large corridor in between the volumes presents itself as an informal space that people can move freely.

"This is a project that takes advantage of immersive urban views, while also conveying a sense of the significance and dynamism of the client's work, and the tremendous joy and enthusiasm that is so characteristic of this company," said asap. 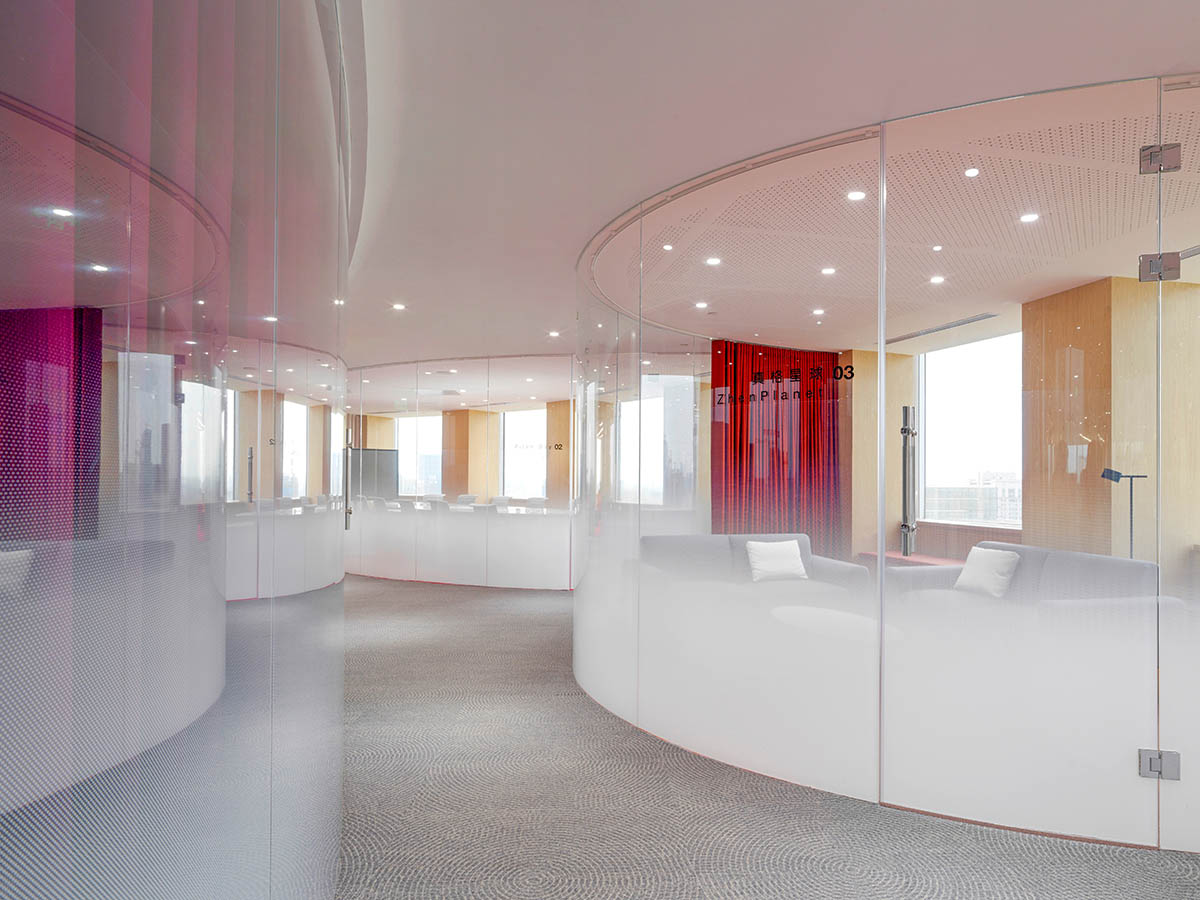 Zhen Fund commissioned the studio to create a fairly typical office fit-out for a prominent venture capital firm in Beijing.

The very significant number of conference rooms requested, of all sizes, was slightly unusual, as well as the "XL" room with seating for up to 100, as the studio explained. 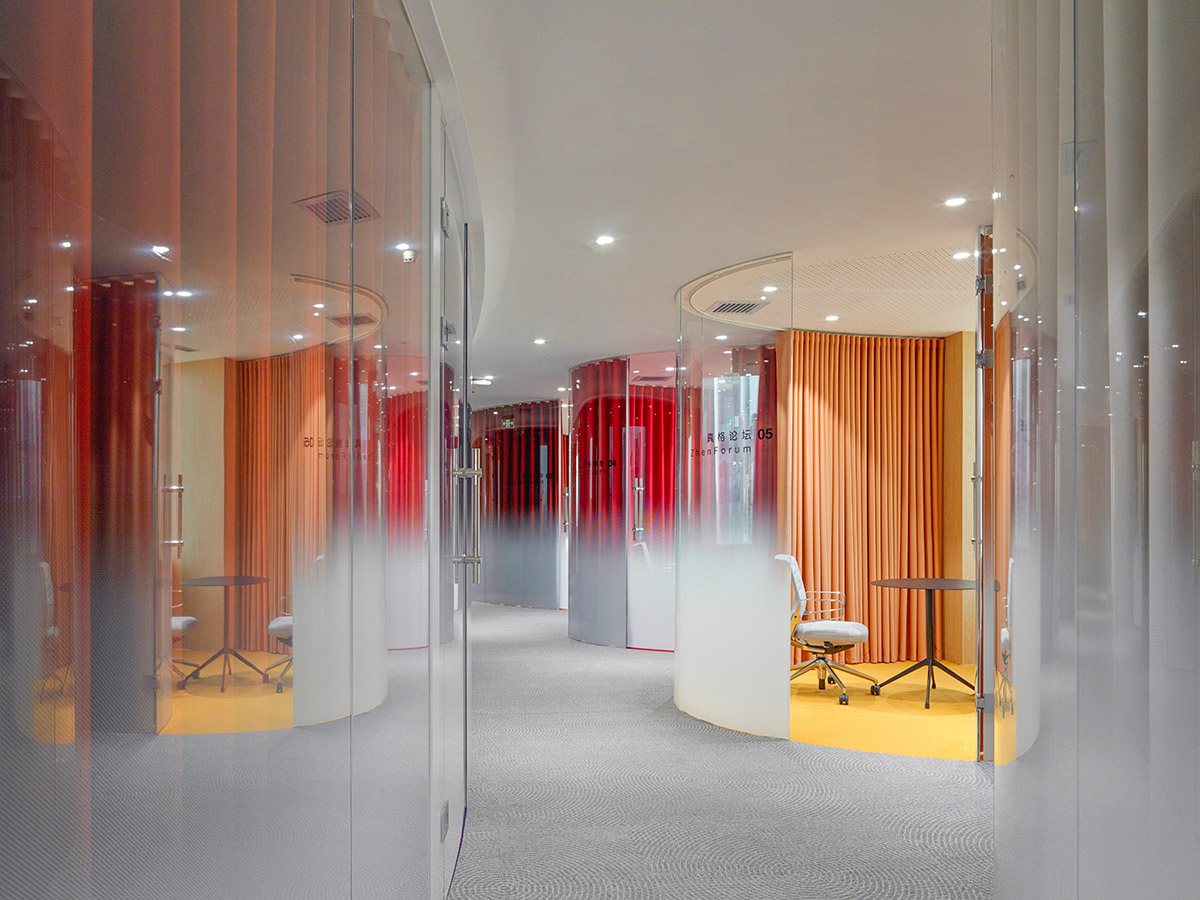 Although the space is drawn on the U-shaped layout, the challenge for the architects was to avoid interminable and dull corridors, challenging to the typical office floor plans.

Since much of asap's work explores various types of curves, and so the studio began to explore how that might impact this design as a solution. 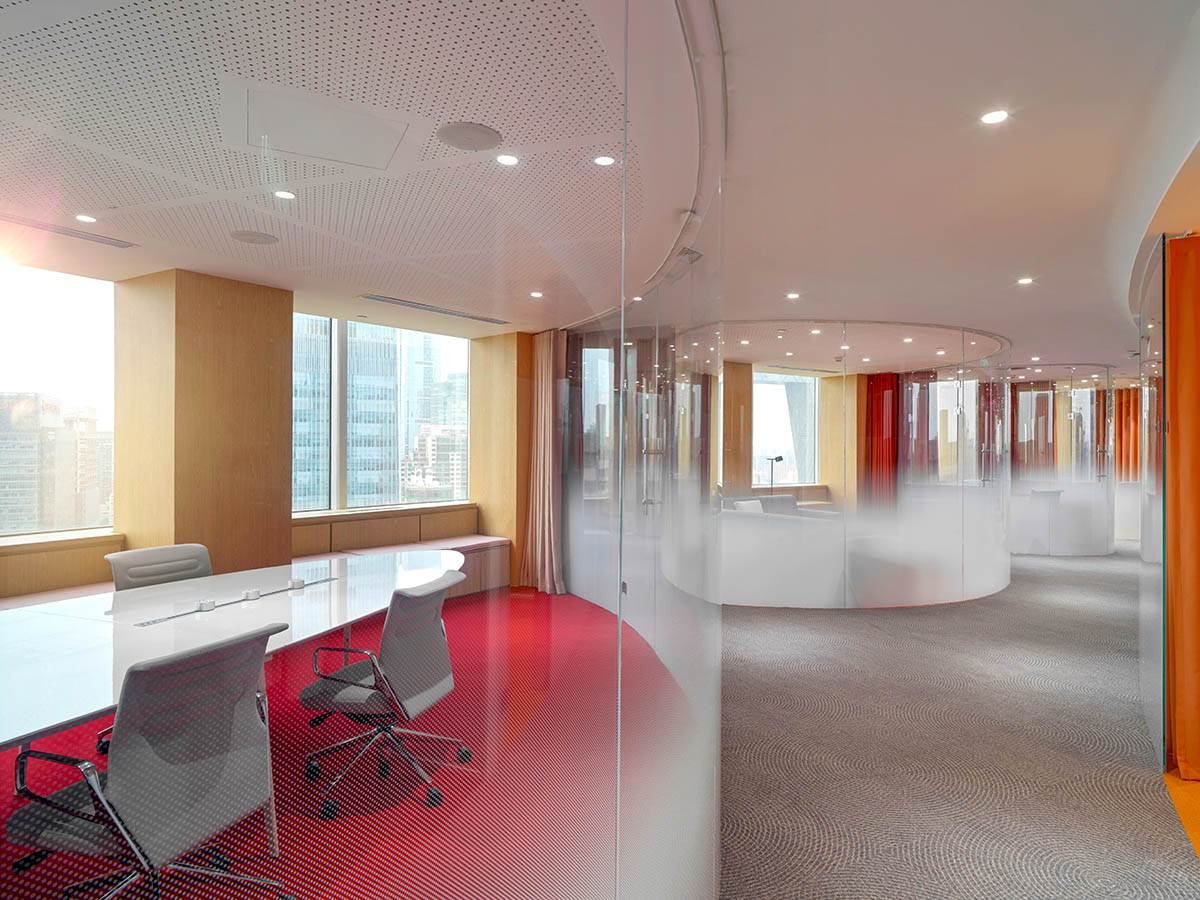 While seemingly inefficient at first glance, the curving glass conference rooms that became the signature of this project actually accomplished several things. For instance, they avoided the monotony of dreaded long, double-loaded corridors.

The studio immediately gave the design a bold and visionary quality, deriving as much from the forms as from the ever-changing reflections and refractions they created. 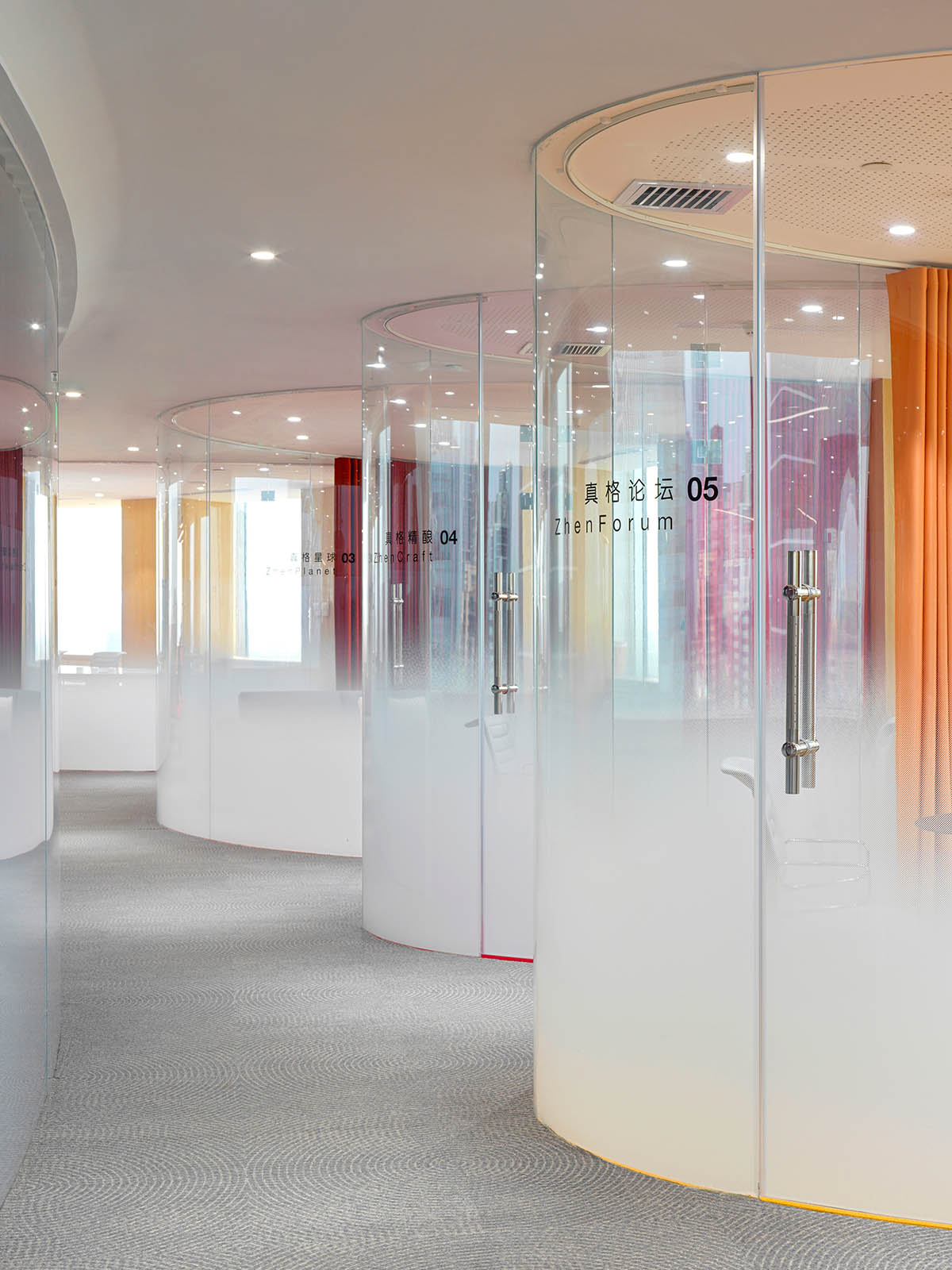 "Lastly, there is a positive benefit achieved from the pockets of space created where the rooms meet, turning what could have been an awkward passing moment in a hallway into a gracious pocket of space that also lends itself to informal but private side conversations," said the studio. 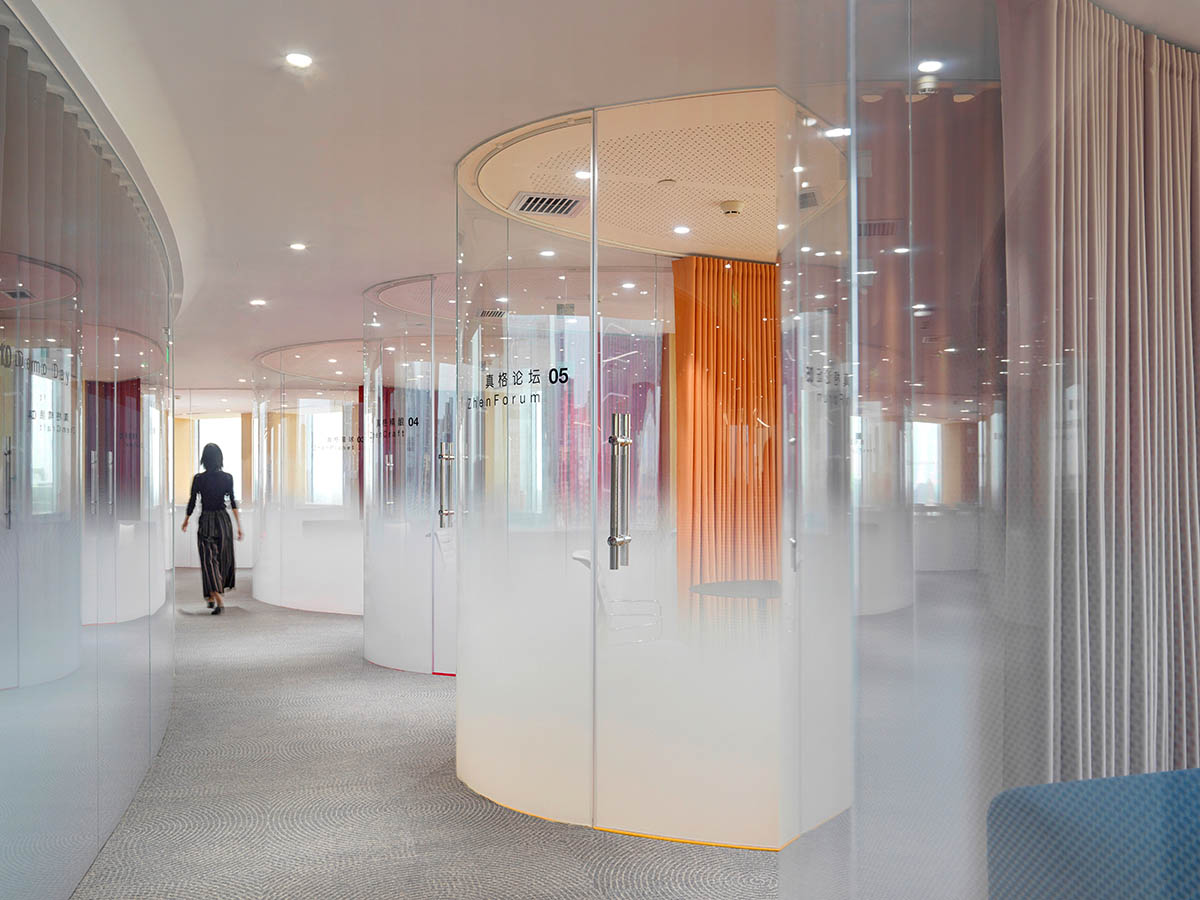 Relative to their competitors, who mostly have offices vaguely resembling coffee shops, Zhen Fund has become the talk of the town for its must-see space, where people come as much to see the offices as the company.

asap, led Adam Sokol, always seeks opportunities for geometric exploration in their work. Much of the work over the past decade has explored spheres, ellipses, ovals, arches of various kinds, and Bézier curves. 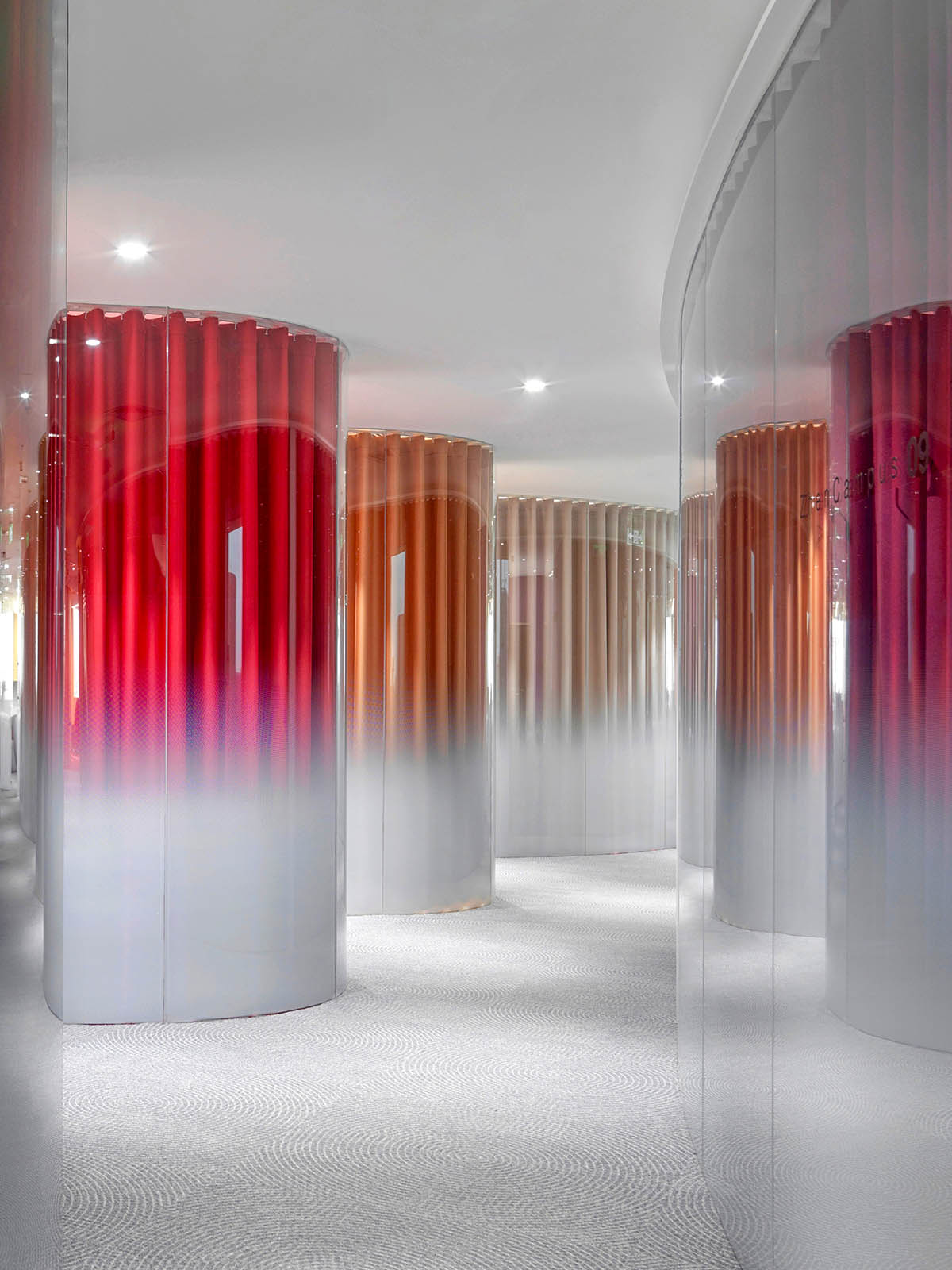 In this project, they took the opportunity to study a new geometry: parabolas. They found that these not only worked well to accommodate the spatial requirements, but also to give the corridors the "bouncing tennis ball" quality that makes them so pleasurable. 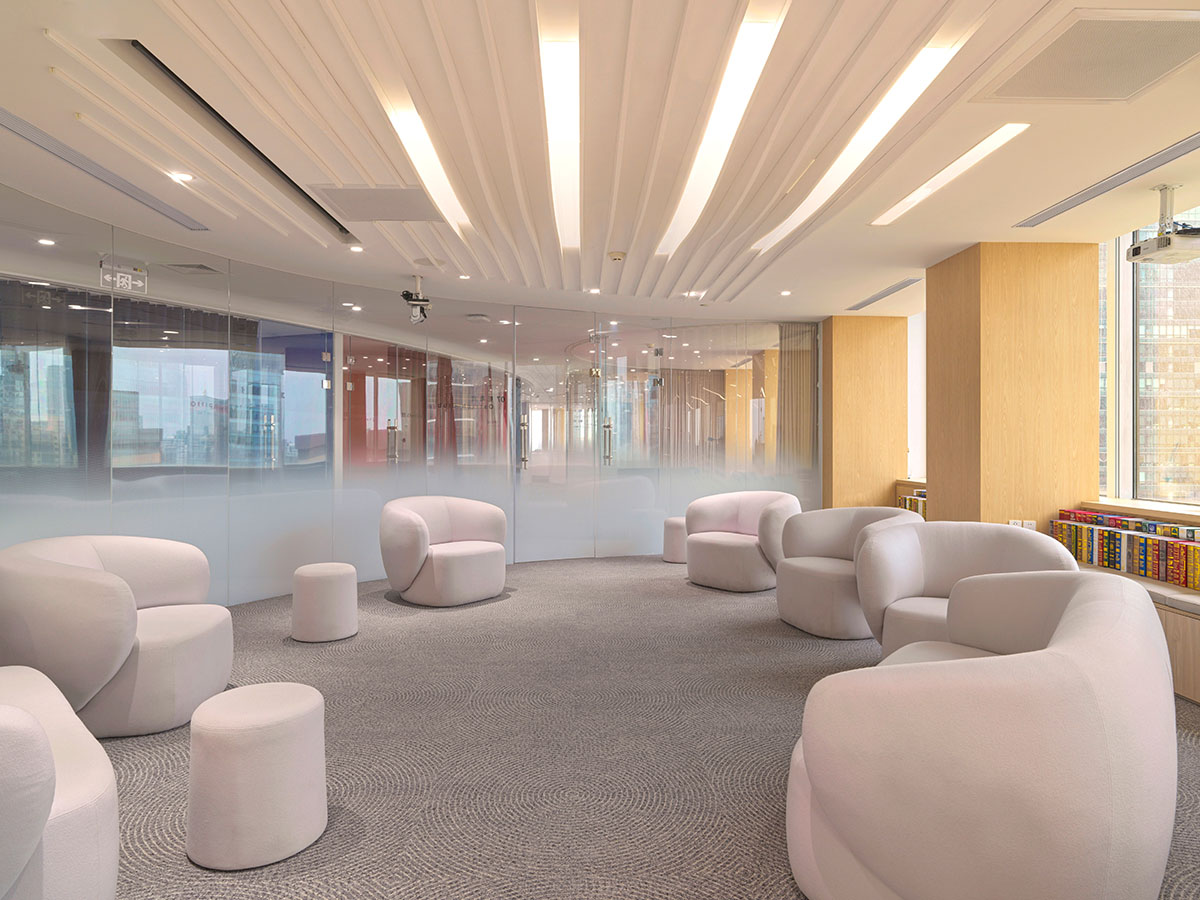 Contrasting this is a single giant circle which encapsulates the building's core and serves as a unifying gesture that connects the disparate and distant elements of the program. 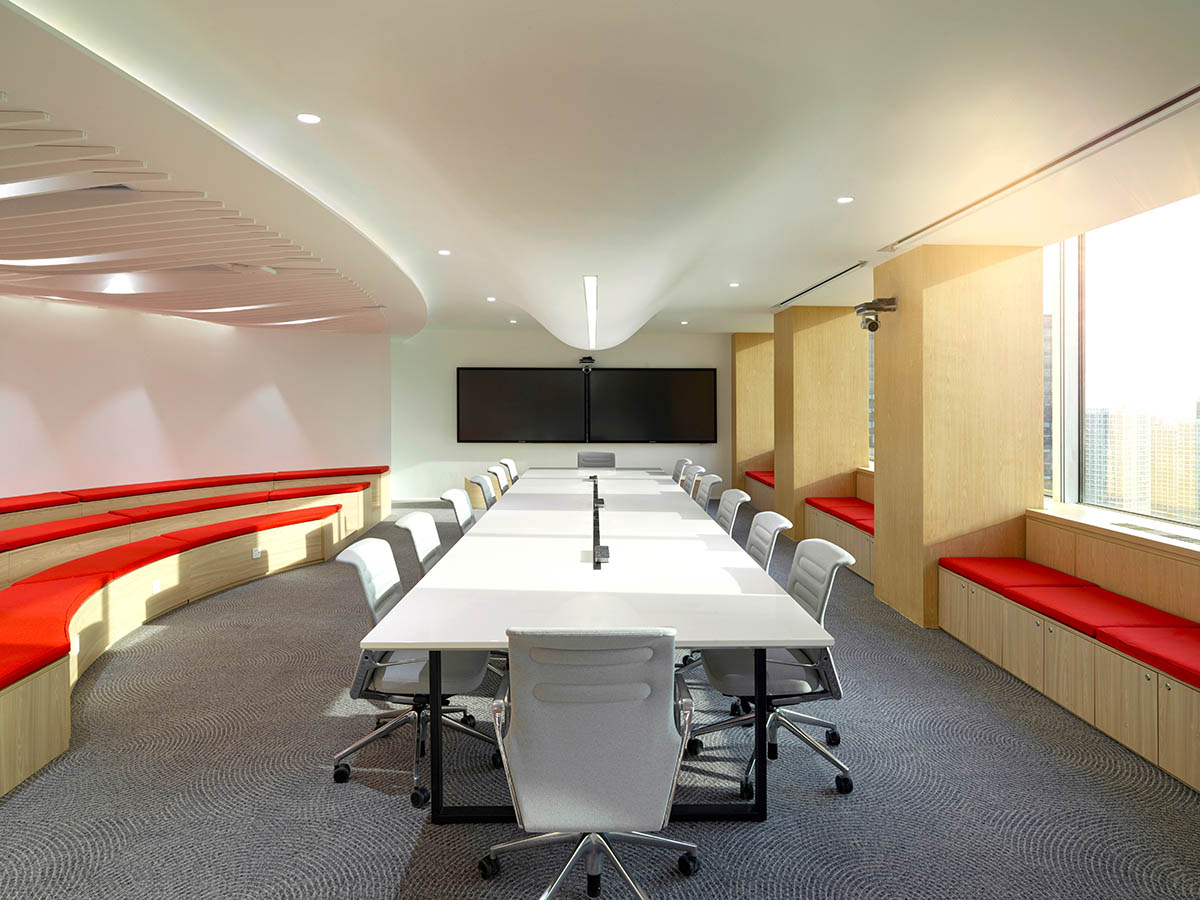 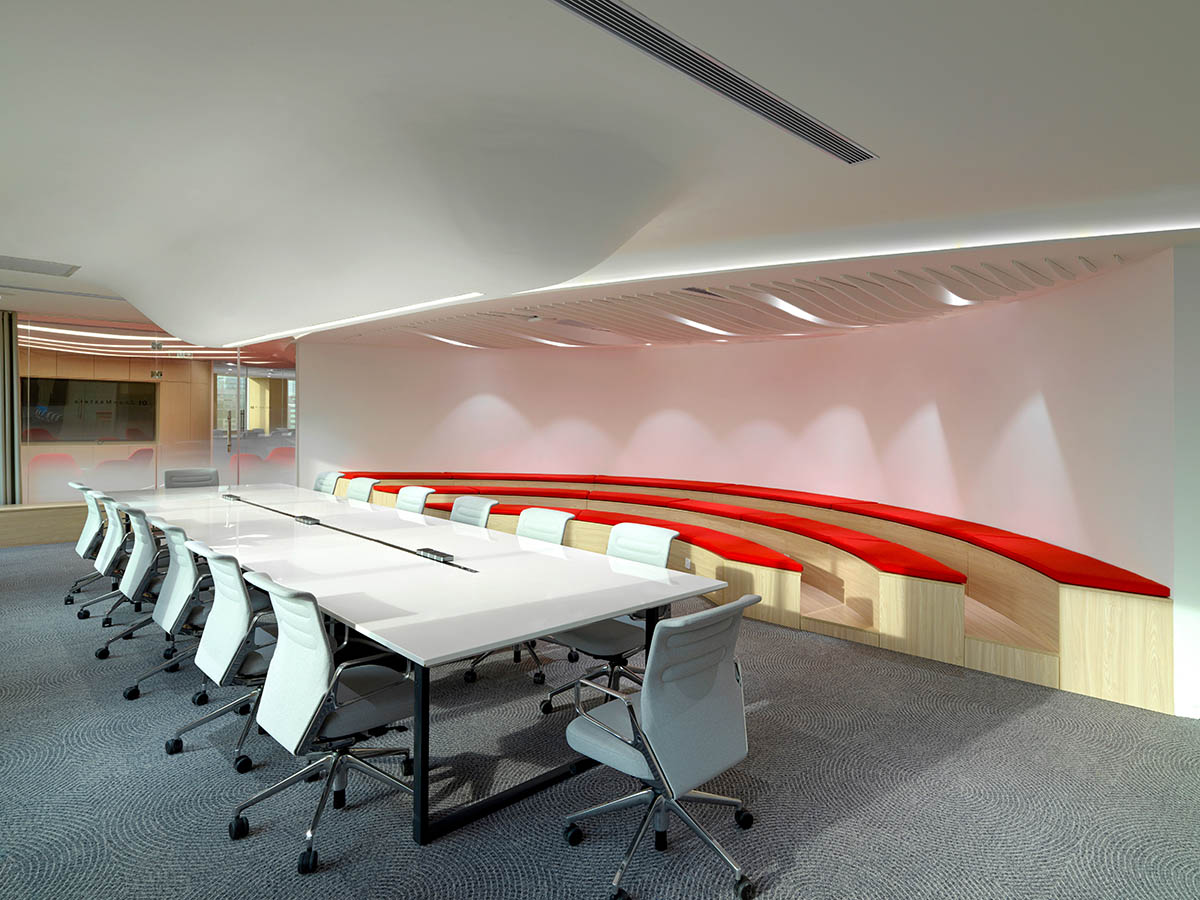 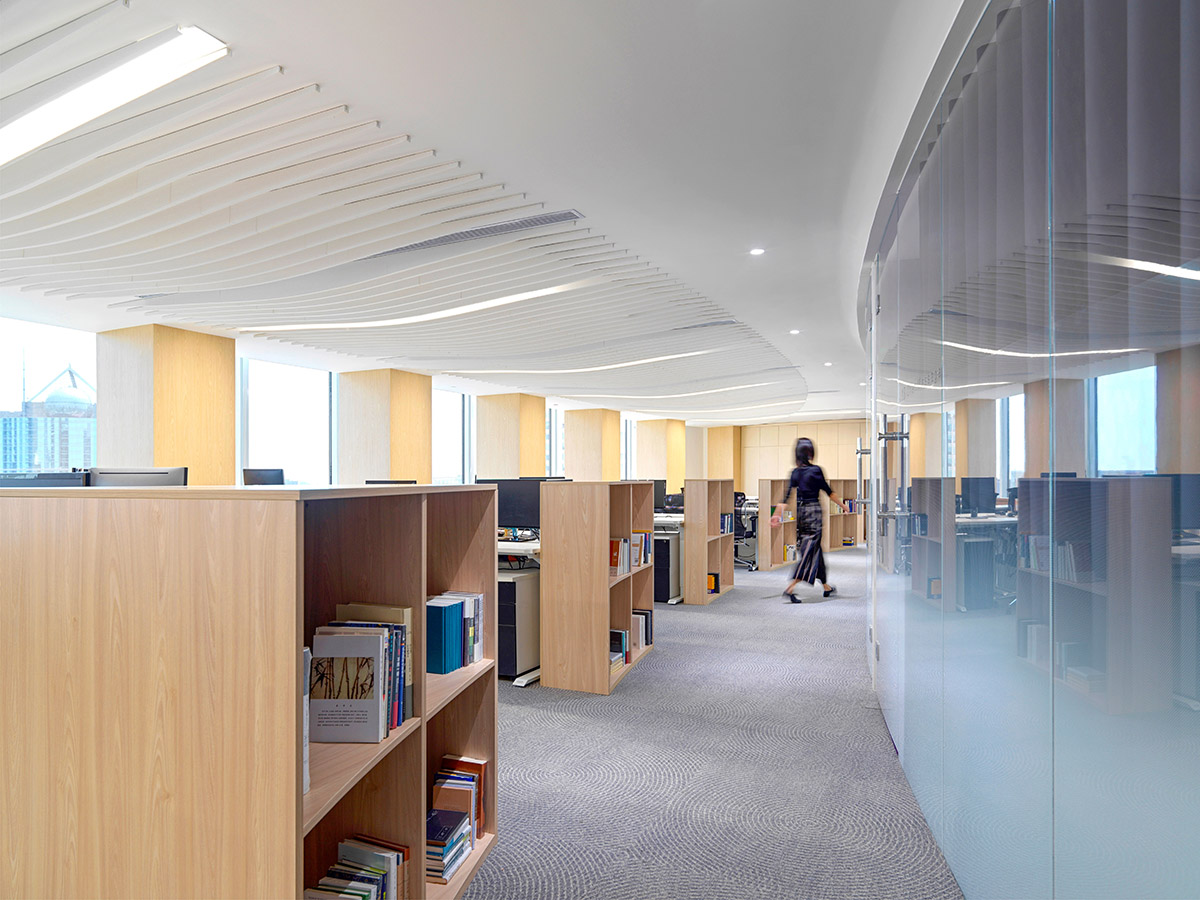 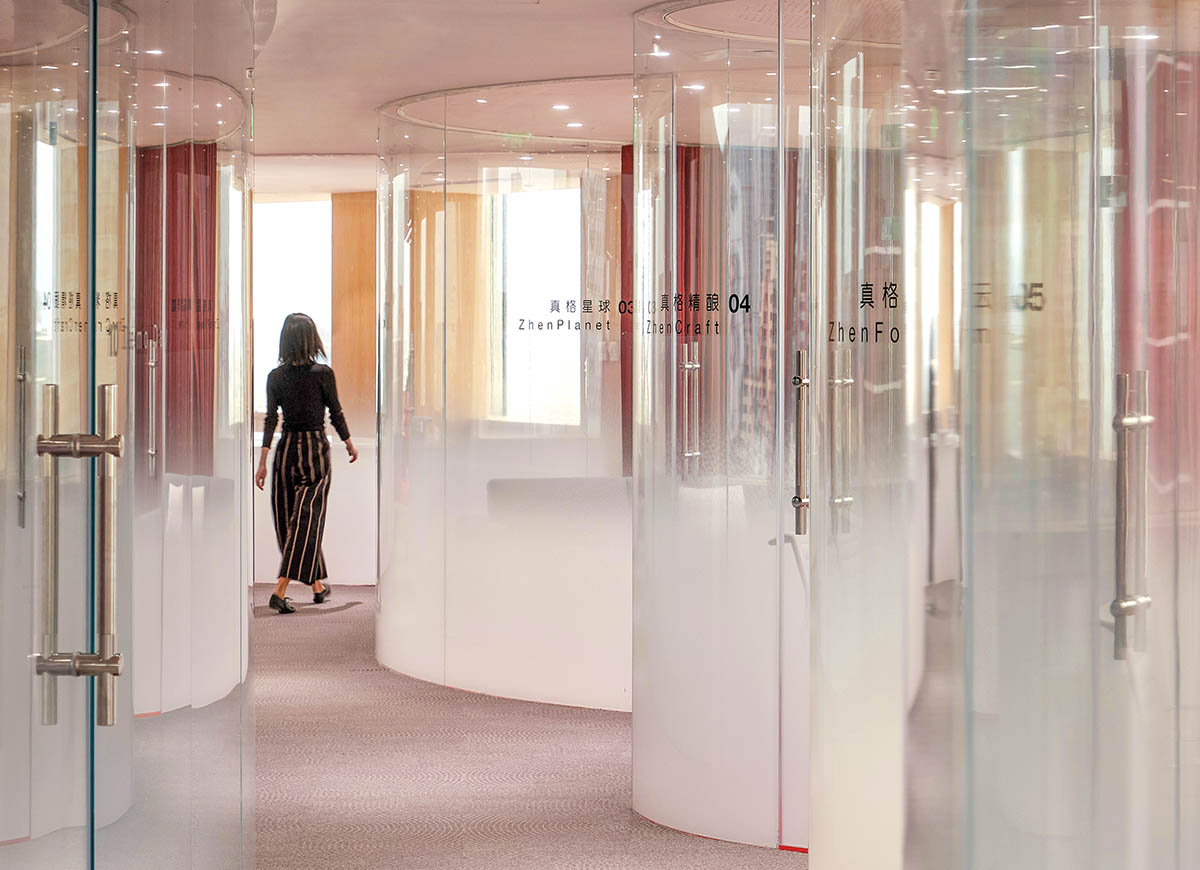 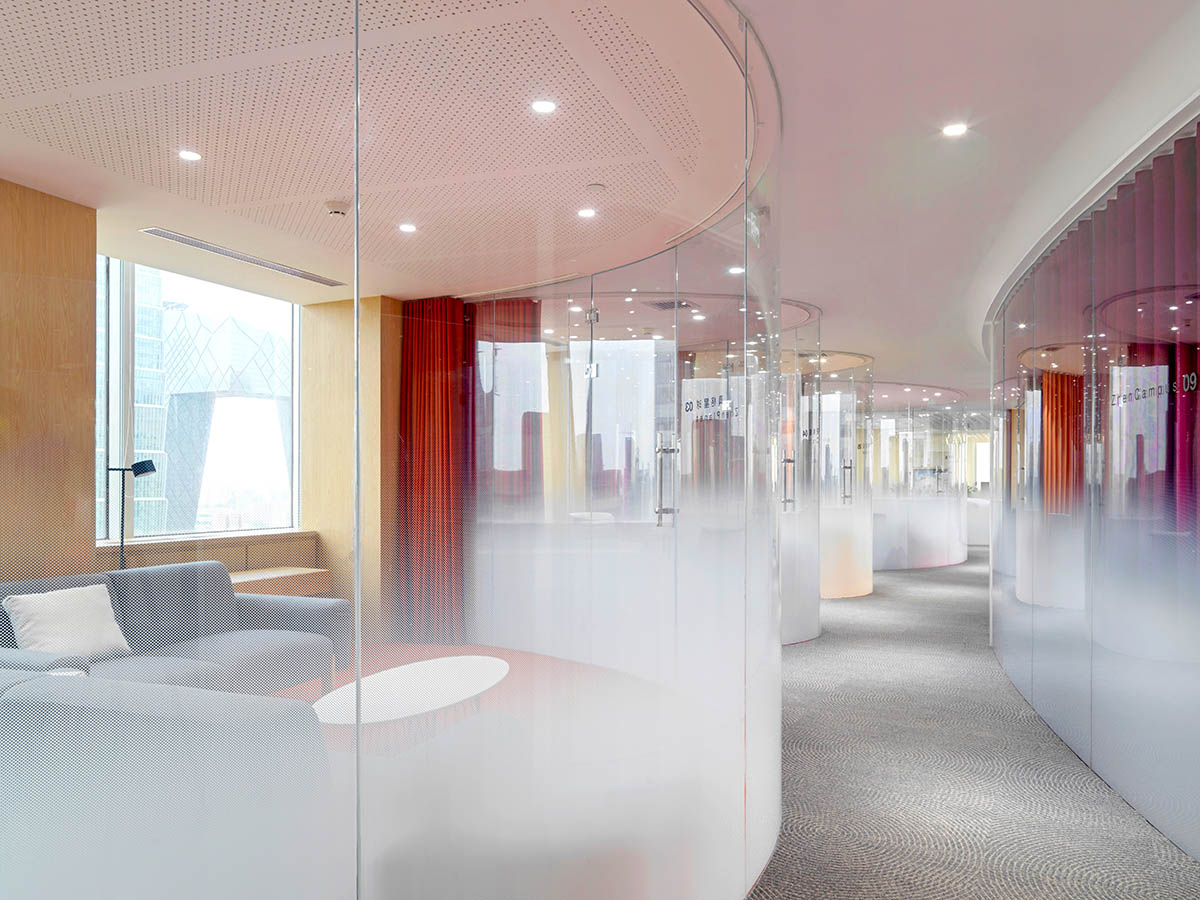 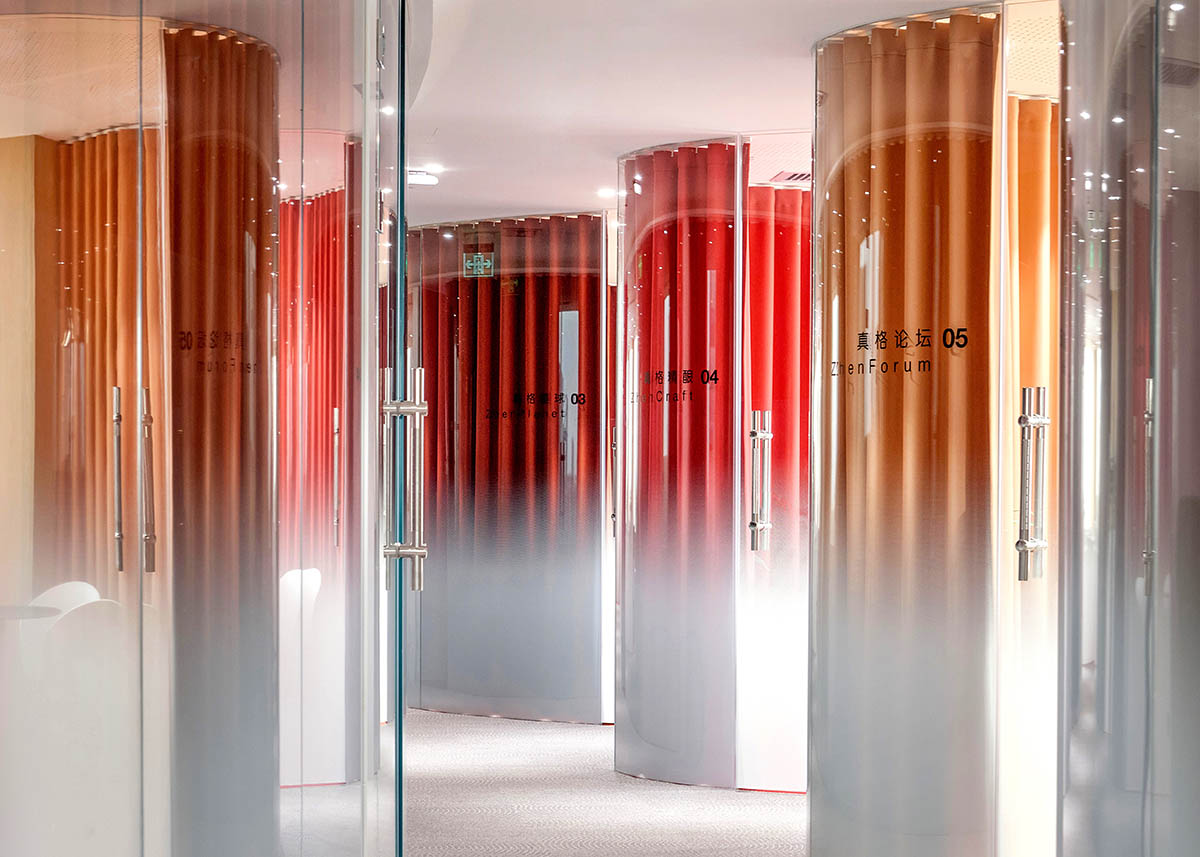 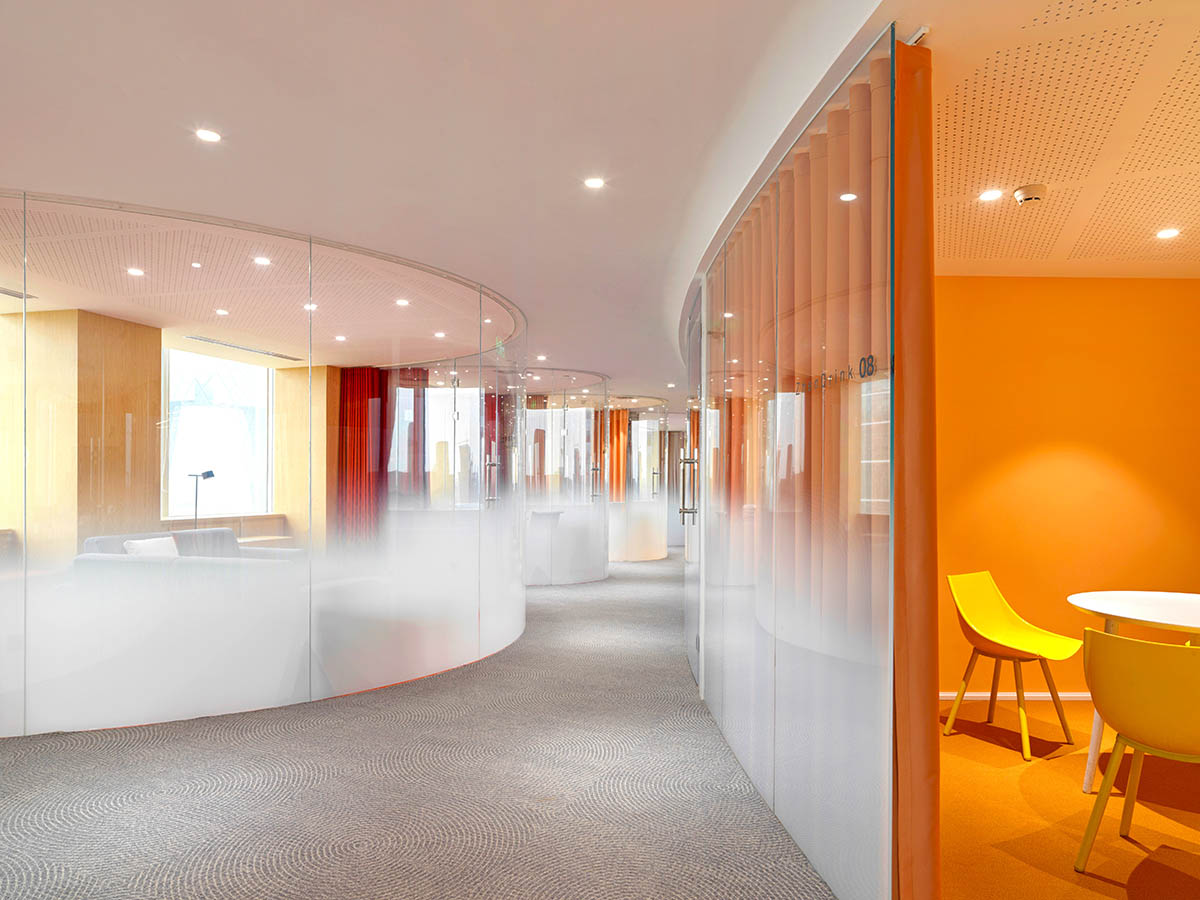 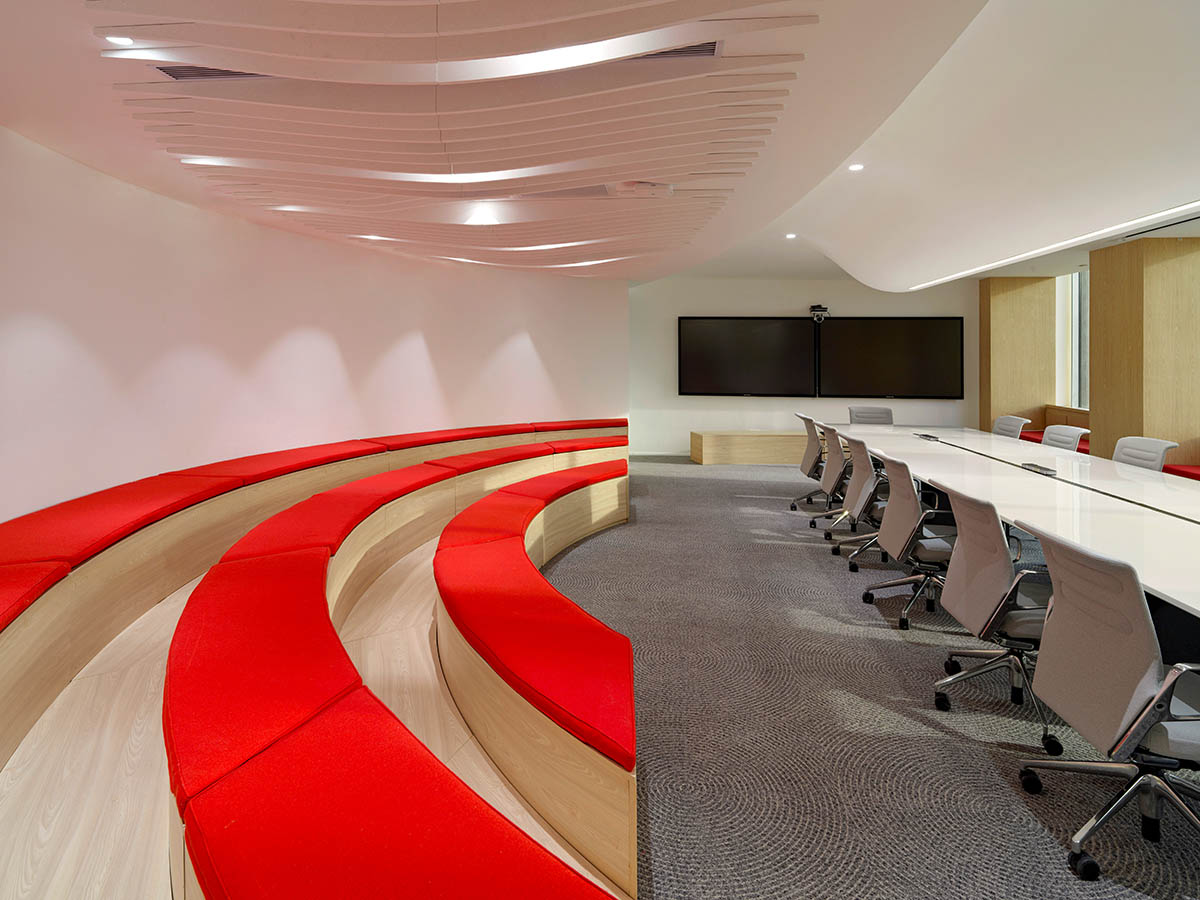 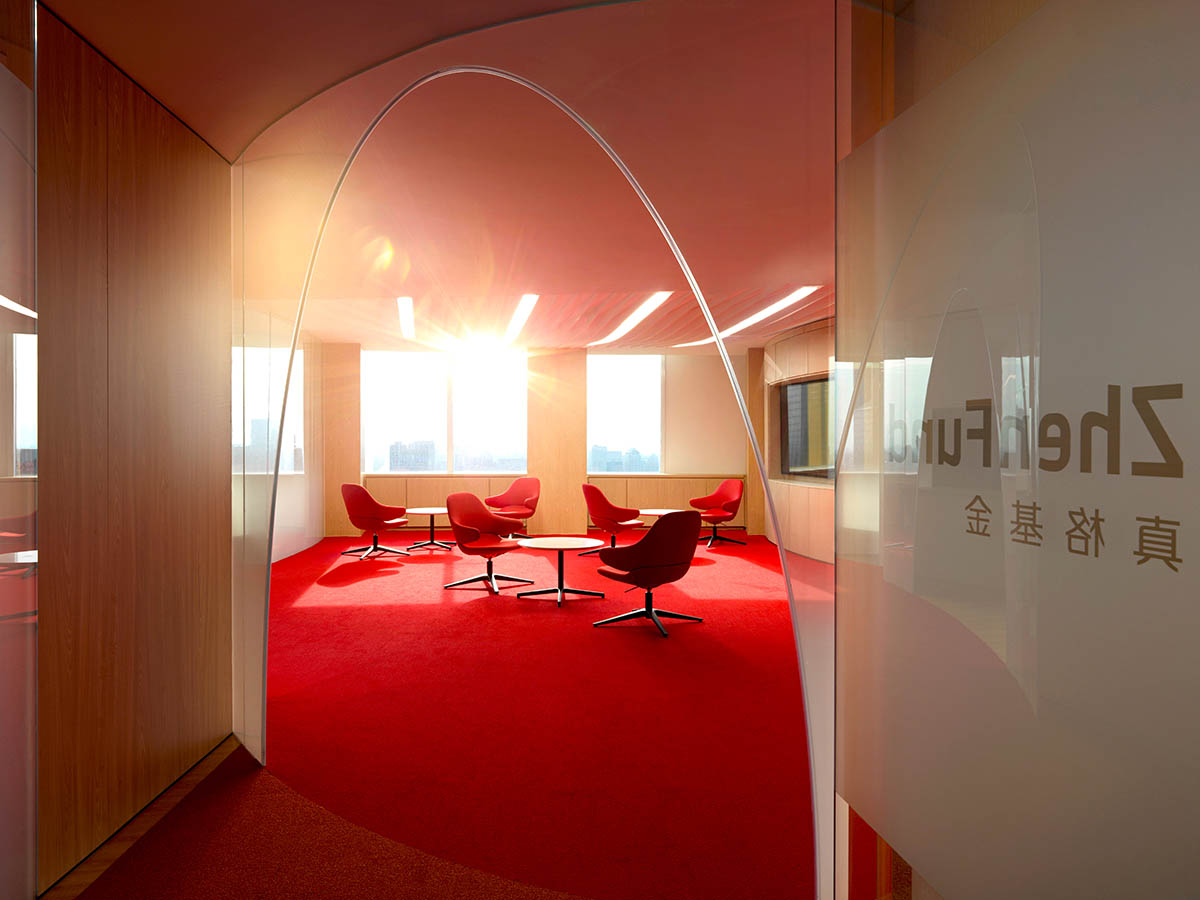 asap is a collaborative design practice founded in 2011 and based in Los Angeles and New York. The studio designs projects focusing on the timeless fundamentals of architecture: space, materials, light.

Site: The site is an interior of a high rise in Beijing’s China World Trade Center.

Program: Commercial workspace with 16 conference rooms of varying  sizes, individual spaces, common areas, and an “XL” room with seating up to 100.