Fernando Menis to redesign the second headquarters of the Rodin Museum in Tenerife, Spain 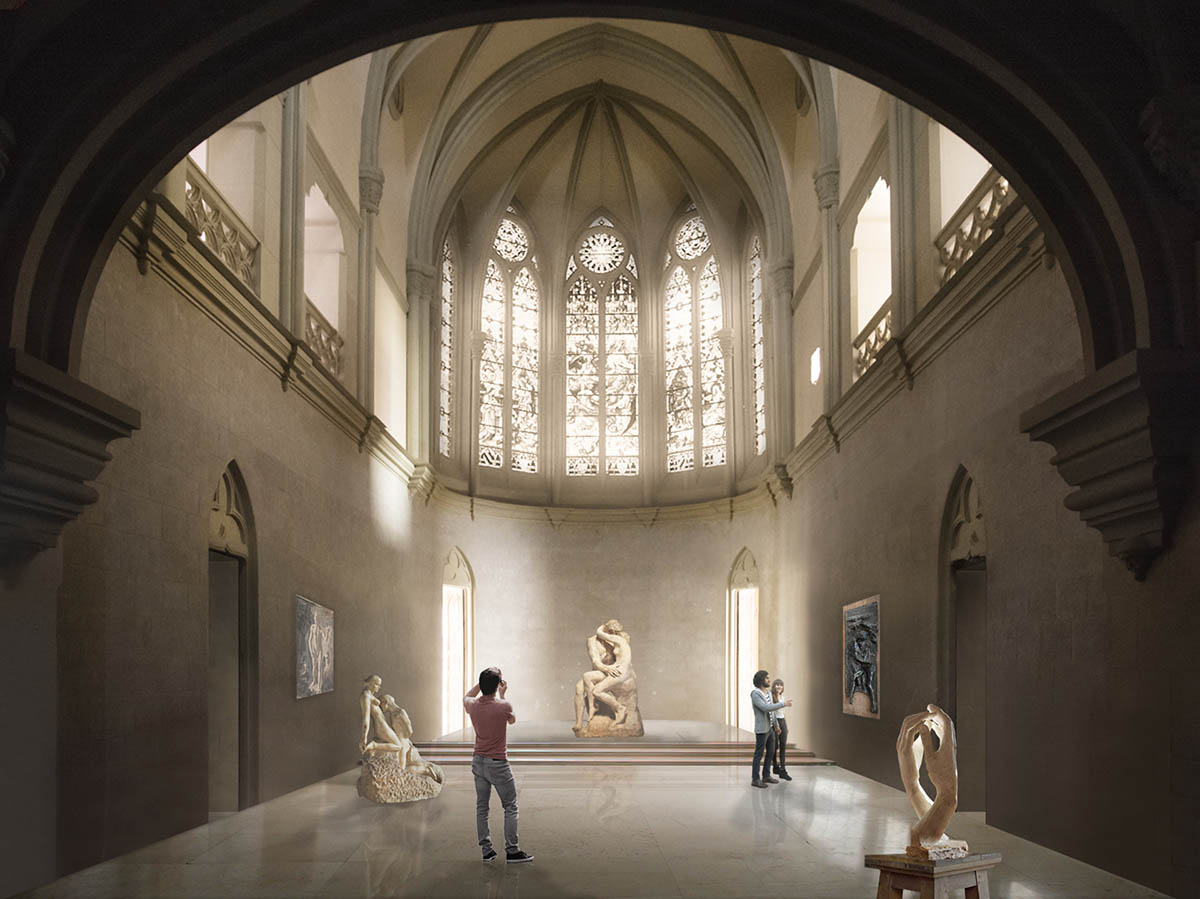 Set to be built in the former Viera y Clavijo Cultural Park in Santa Cruz de Tenerife, the new museum will be built with minimum interventions, aiming to create an urban oasis and restoring the neo-Gothic building, a listed cultural heritage of the Canary Islands. 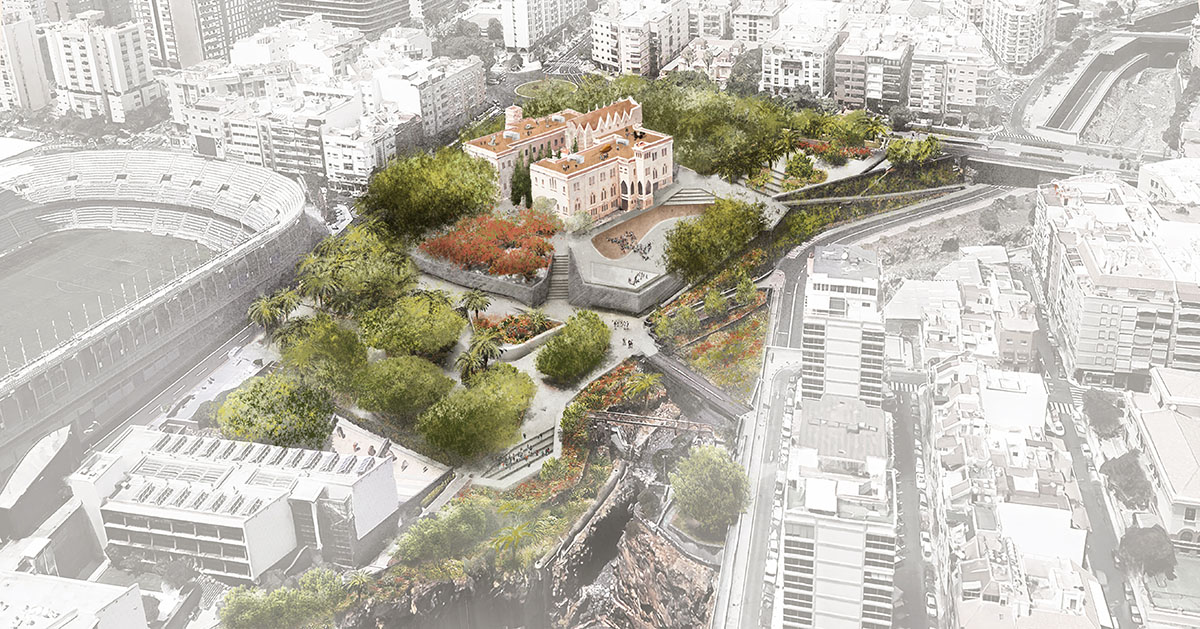 Once complete, the Rodin Museum in Tenerife will become the third in the world dedicated exclusively to the French sculptor.

The Viera y Clavijo Cultural Park is located in Santa Cruz de Tenerife, which is an iconic landscape and cultural space from the beginning of the 20th century, in which a former neo-Gothic church stands out. It was later repurposed as the first school for girls in Tenerife.

After its redesign by Fernando Menis, the museum will be a public and offer a 15,000-square-metre green space in the urban heart of the capital of Tenerife.

As an inconic landscape and cultural space, the Viera y Clavijo Cultural Park was built in 1903 with a design by the architect Mariano Estanga and the engineer José Rodrigo Vallabriga, and named after the botanist José Viera y Clavijo. It was a cultural complex, made up of the Pérez Minik Theater, now in ruins, and the Colegio de la Asunción, a former neo- Gothic church founded by Belgian nuns, later transformed into the first school for girls in Tenerife, which was in operaWon unWl 1978.

The only example of a neo-Gothic religious building in the city, the School has been classified as an Asset of Cultural Interest in the Canary Islands (Historic Artistic Monument) since 1986 and is sWll standing, although very deteriorated due to inadequate reforms, alternated with years of neglect.

The park is home to extensive gardens that contain some botanical gems such as its immense Ceiba (Ceiba pentandra), a Caribbean tree, whose crown extends to a diameter of more than 20 meter.

In its shadow, the students of the school received classes in the middle of the 20th century, enjoying the mild climate of the island. In the gardens there is also a bronze sculpture by Joan Miró, the Femme Bouteille or Colosal Insecto, which was donated to the city of Santa Cruz in the mid-1970s as a result of the I International Street Sculpture Exhibition.

Located at the intersection of the main urban circulations of Santa Cruz de Tenerife, the park could connect the lower area of the city with one of the access avenues to the city. However, the progressive development of the city, the perimeter fences, the scarce and narrow sidewalks that surround the park, as well as its proximity to the ravine contributed to the fact that, little by little, it became isolated from the rest of the city.

The future Rodin Museum Tenerife will above all be a large, open, and have 15,000-square-metre green public space in the heart of Santa Cruz de Tenerife, overlooking the sea and the ravine, with a prominent role in reestablishing the connection between the lower part and the upper part of the city.

Menis's remodeling project won the public tender called in 2019 by the City Council of Santa Cruz de Tenerife. The proposal is based on respect for the pre-existence, both of the neo-Gothic architecture, and of the surrounding nature. The brief also asked to design underground parking lots. 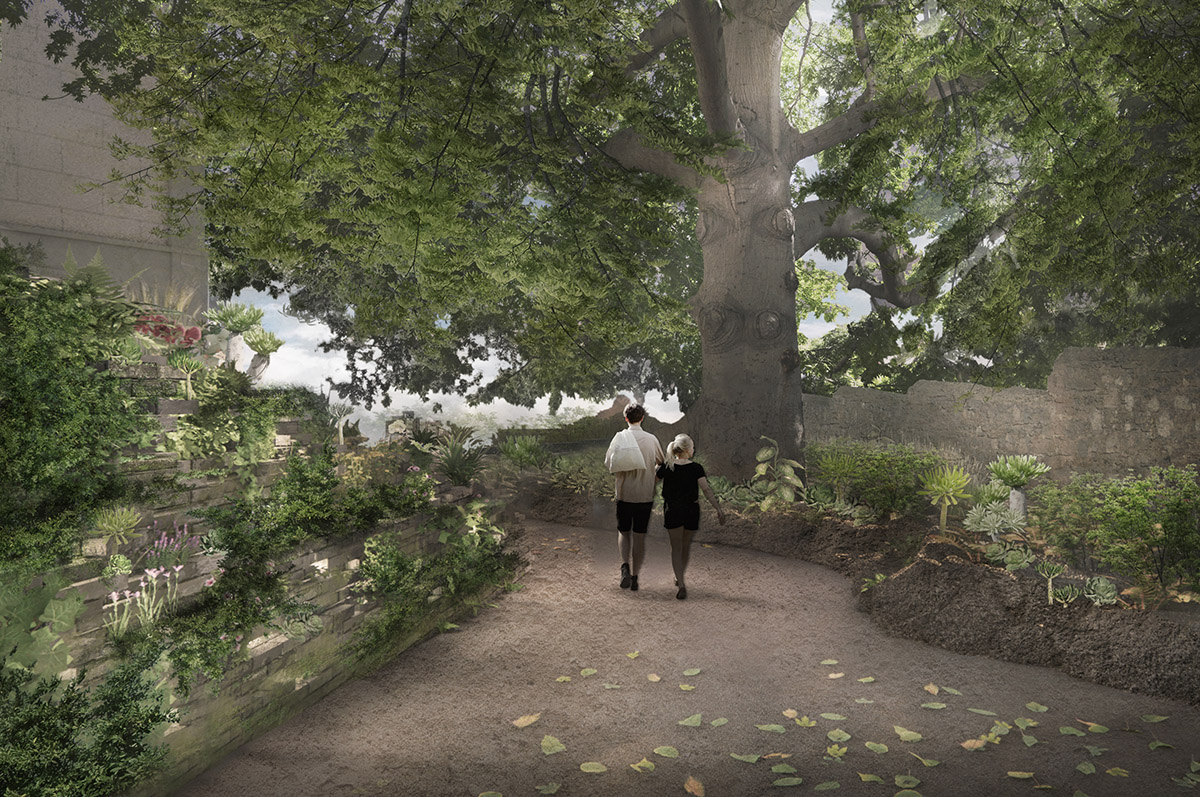 The objective of the project is to restore the building and heal the vegetation, prepare them for the intense public use that they will be given as an urban park and home to the Rodin Museum.

The intervention is based on the minimum necessary touch-ups complemented with strategic actions, which seek to make the park a green lung, connect it with the city and open its views to the sea, make it accessible and easily passable, thereby helping to solve some of the mobility problems in the capital of Tenerife.

The studio will restore the old school and the chapel, while the current park will be expanded in the form of a green ring. 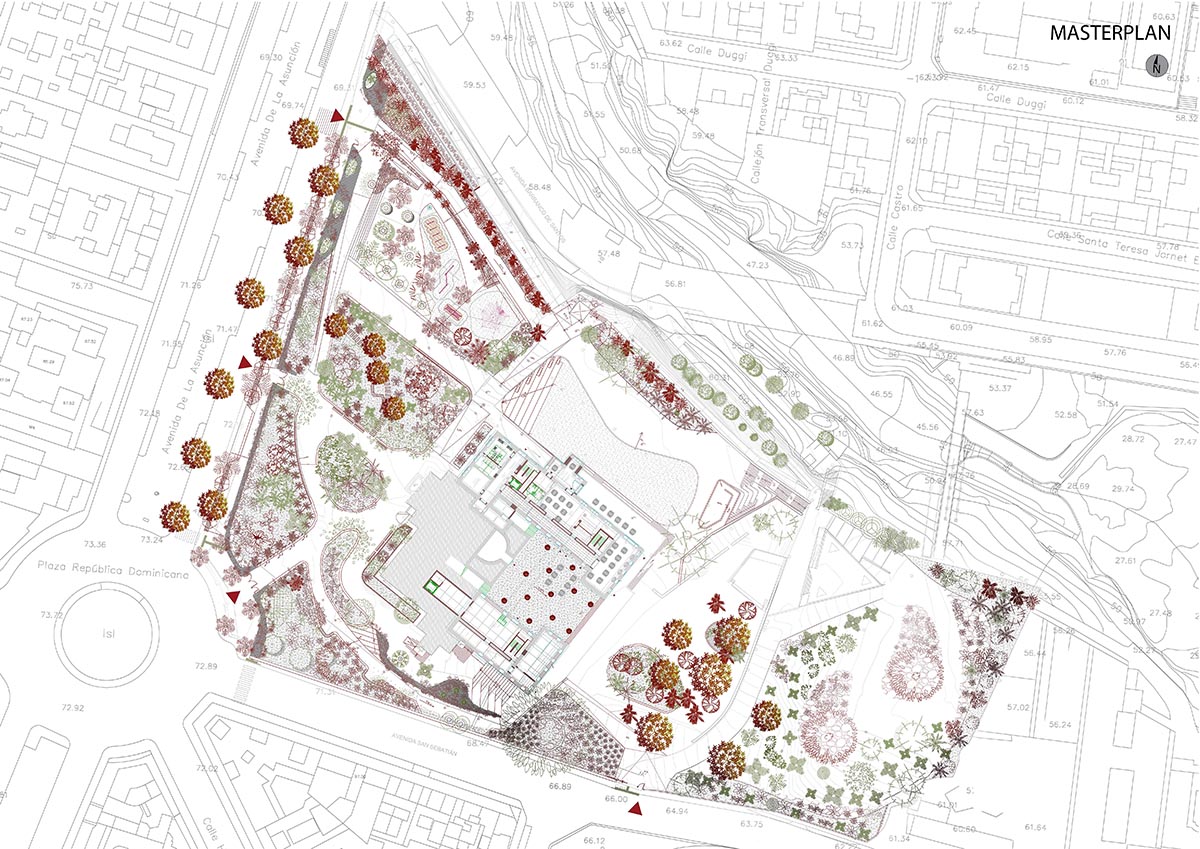 A small forest of Ceibas will be planted to accompany the existing specimen and urban orchards will be included for pedagogical purposes to recall this tradition that already existed in the Colegio de la Asunción.

Adhering to Menis' "The Zero Kilometer" principles, the studio will use an economic and sustainability strategy: the redesign project will be built with only local materials, craft and companies that can be accessible in the local area.

The circular economy is prioritized through the use of recycled aggregate, limestone and picón (local volcanic stone), while favoring passive solutions for lighting, ventilation and irrigation. Materials used in the project will be durable and have low-maintenance. 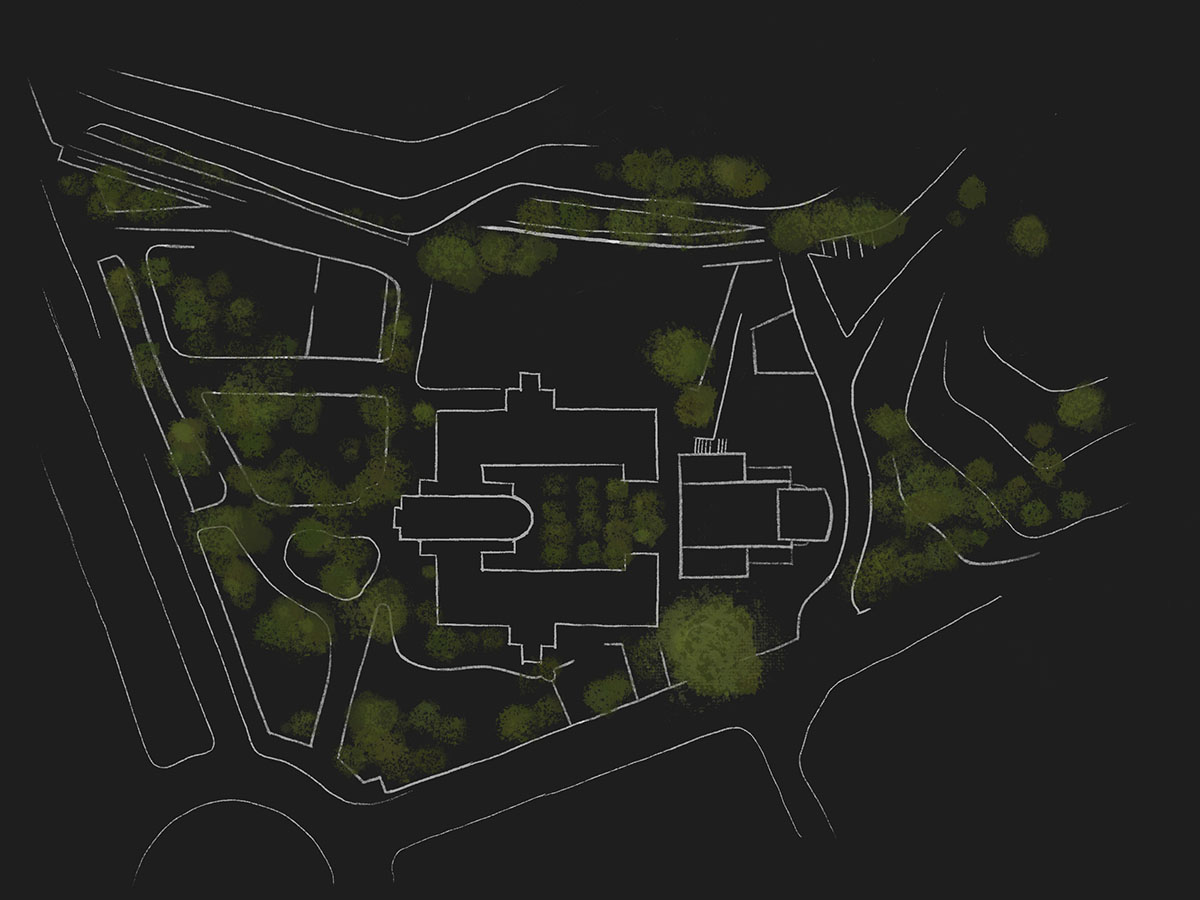 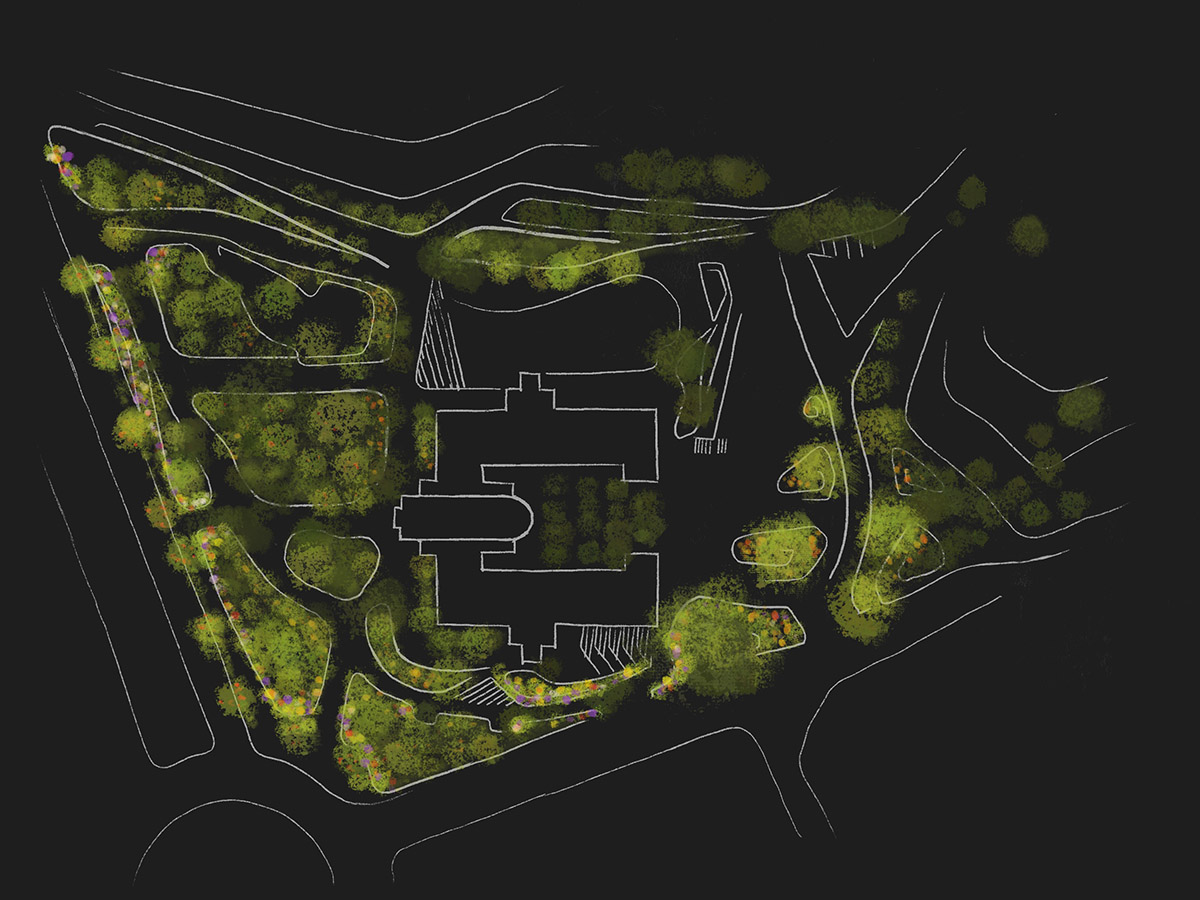 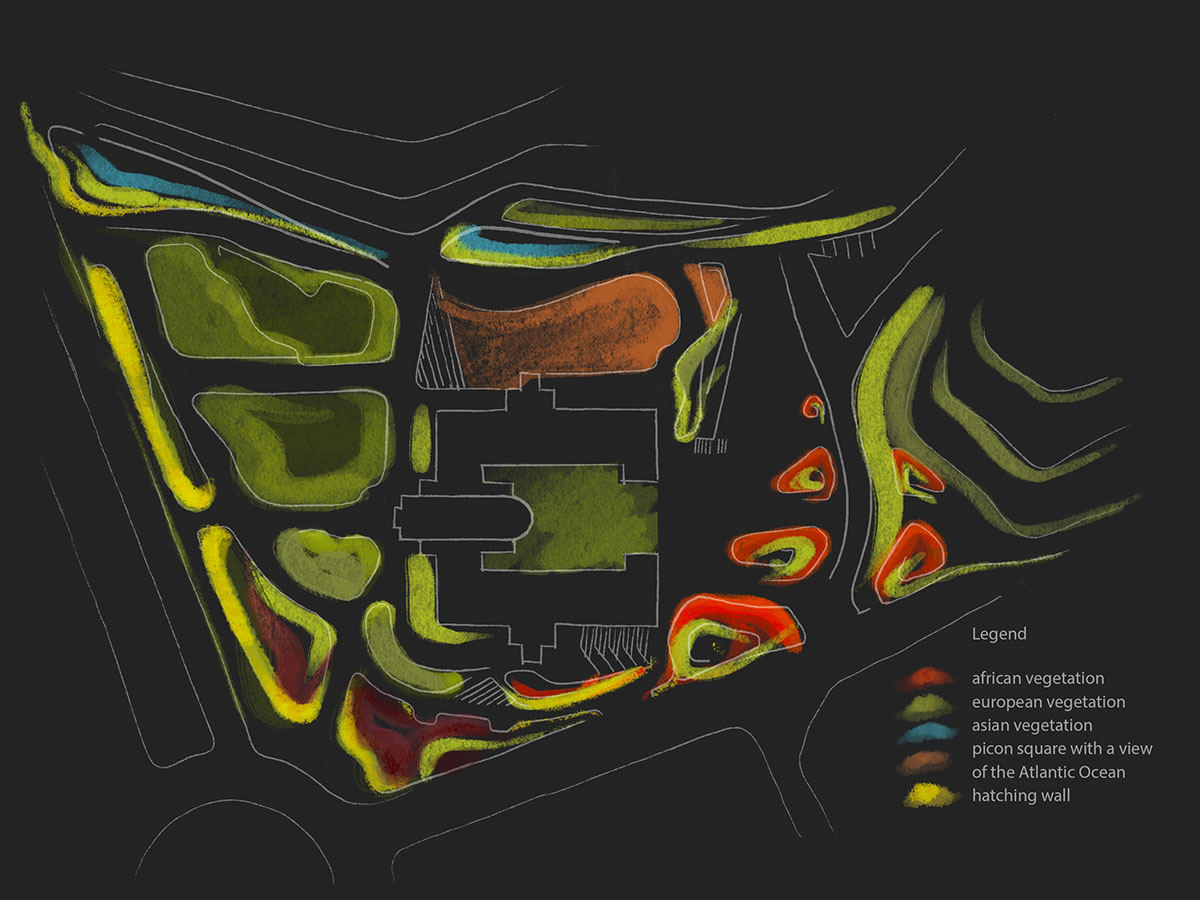 Menis Arquitectos also completed a church and a community centre on Canary Islands of Spain. The studio designed a cave-like CKK Jordanki Concert Hall in the city of Torun, Poland.

Top image: The chapel, future exhibition room, is restored with a respectful intervention, which seeks to consolidate the original building and preserve its original character.