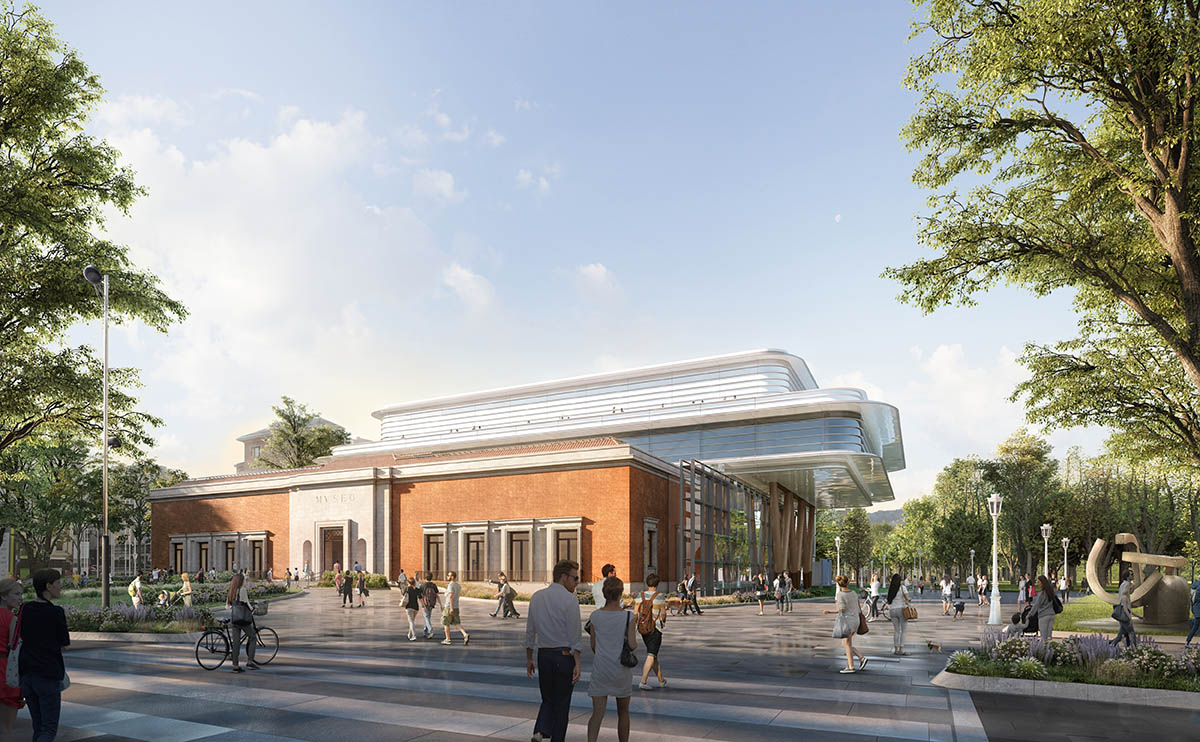 Construction work has begun on the the expansion and renovation of the Bilbao Fine Arts Museum in Spain, which is being designed by British architecture practice Foster + Partners.

Foster + Partners announced that construction on the project has started with a ceremony on Thursday, 17 November. The firm first revealed its conceptual design for the expansion and renovation of the Bilbao Fine Arts Museum in July 2019.

The firm will work on the expansion and remodeling of the project to restore the existing 20th century building. On a floating level situated on the top of the building, there will be a new public atrium space and contemporary art galleries.

The studio's new scheme reorients the museum towards the city by offering a new pedestrian path across the museum from north to south. 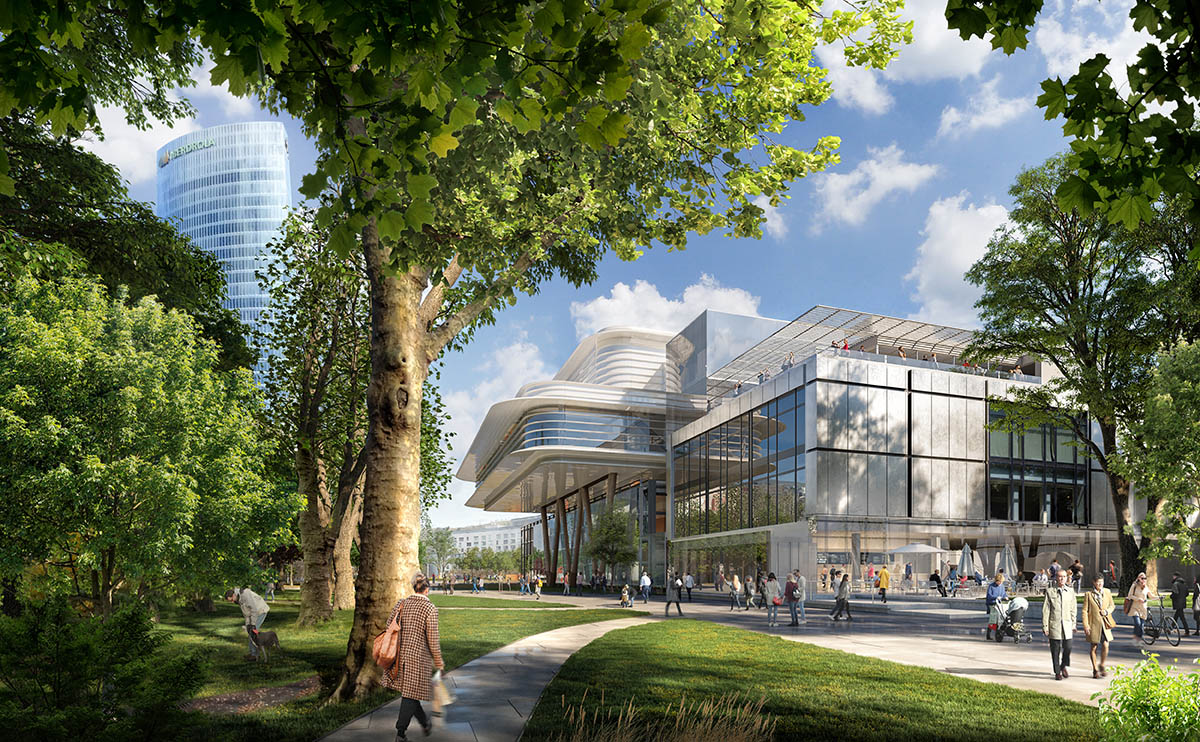 The original building of the Bilbao Fine Arts Museum was designed in 1945 by the young architect Fernando Urrutia and Gonzalo Cárdenas. In 1970, the museum was extended with a new wing by the architects Alvaro Lebanon and Ricardo de Beascoa Jauregui by using contemporary materials such as metal and glass.

Considering the original structure built in 1945, the 1970s extension, and a new visitors center, this path now makes the building more permeable at street level.

"The project is a celebration of the important role that culture can play in the civic life of a city," said Foster + Partners. "We are delighted to celebrate the birth of a project which will link the cultural heritage of the past to the museum of the future," said Norman Foster, Founder and Executive Chairman, Foster + Partners.

"From the new gathering space in the Arriaga Atrium the visitor will proceed to the spacious new galleries and then discover the outdoor terrace that celebrates the museum’s unique location."

"The result of our close collaboration with Luis María Uriarte and the museum team is now about to become a reality."

"We would like to pay tribute to the General Deputy of the Provincial Council of Bizkaia, the Regional Minister of Culture and Linguistic Policy of the Basque Government, the Mayor of the City Council of Bilbao and the President of BBK Banking Foundation – all for their commitment of the positive role of art in the life of the city," Foster added.

Although the new design seems "technological" in its overall image, the studio aims to bring more humanistic scale and ecological aspect in its sustainability.

According to the firm, the project emerges with architectural quality, urban sensitivity and social responsibility to increase its luminous landmark impact in the heart of Bilbao. 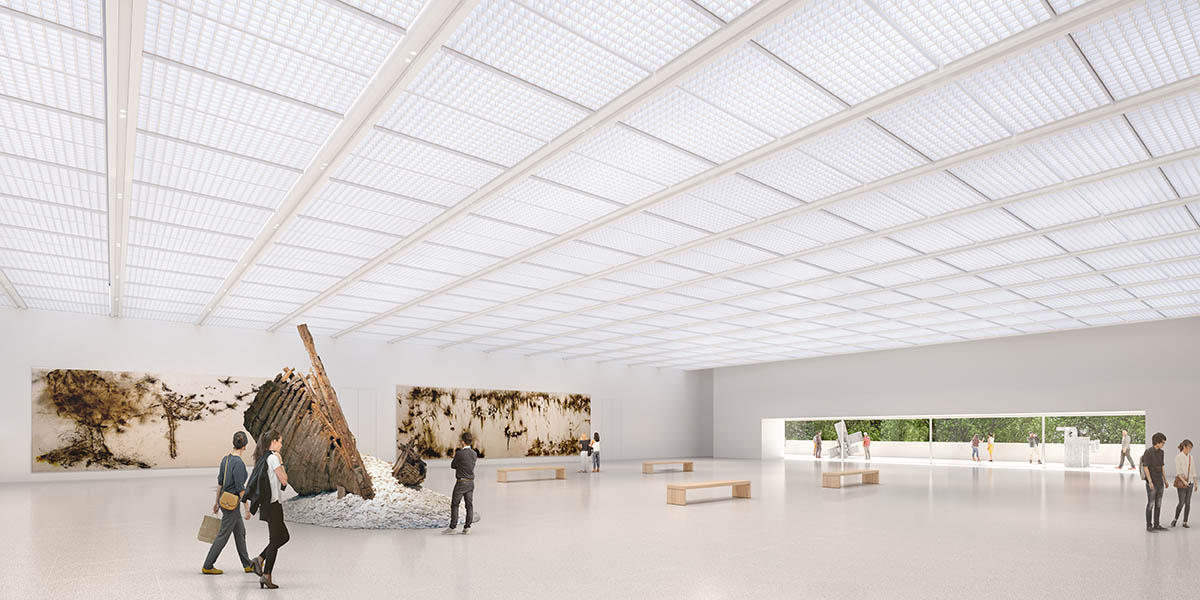 "The guiding principle behind the project is to make the 1945 building the primary protagonist by restoring its original entrance and its logical internal sequence of spaces," the office explained.

The studio arranges the ground floor on a single accessible plane to allow visitors to orient themselves easily. "The revitalisation turns Plaza Arriaga into the new heart along the museum’s spine, with light streaming in from the roof light piercing through the new gallery spaces above," the firm continued.

The studio adds 2,300-square-metres of new gallery spaces to the new extension, which is situated across the existing museum and completes the museum "respectfully", as the studio emphasized.

The top floor is set to be built as a flexible, column-free, exhibition area which can also be configured for a large range of displays. All the service spaces are contained within two technical walls.

"Natural light filters through a panoramic window offering expansive views over the adjacent park, with north lights that can be moderated to suit the displays," the office added.

Educational programmes and workshops, offices and service areas are placed on the lower floor the new extension.

The new addition takes its own architectural language through a new modelled façade with a viewing terrace to enhance its slenderness and host sculpture exhibitions. The studio emphasizes that the new extension will be made of low carbon steel and a roof that harnesses energy.

To enhance the museum's operations in an efficient way, the project will include a series of interventions, like the improvement of the existing galleries and back of house spaces.

While the museum’s area will be increased by 50 percent, 70 percent of the existing building will be upgraded comprehensively. To sum up, the design will combine the best of old and new as a coherent design.

The Bilbao Fine Arts Museum will be Foster + Partners’ second project in the city, following Bilbao Metro, which was completed in 1995.