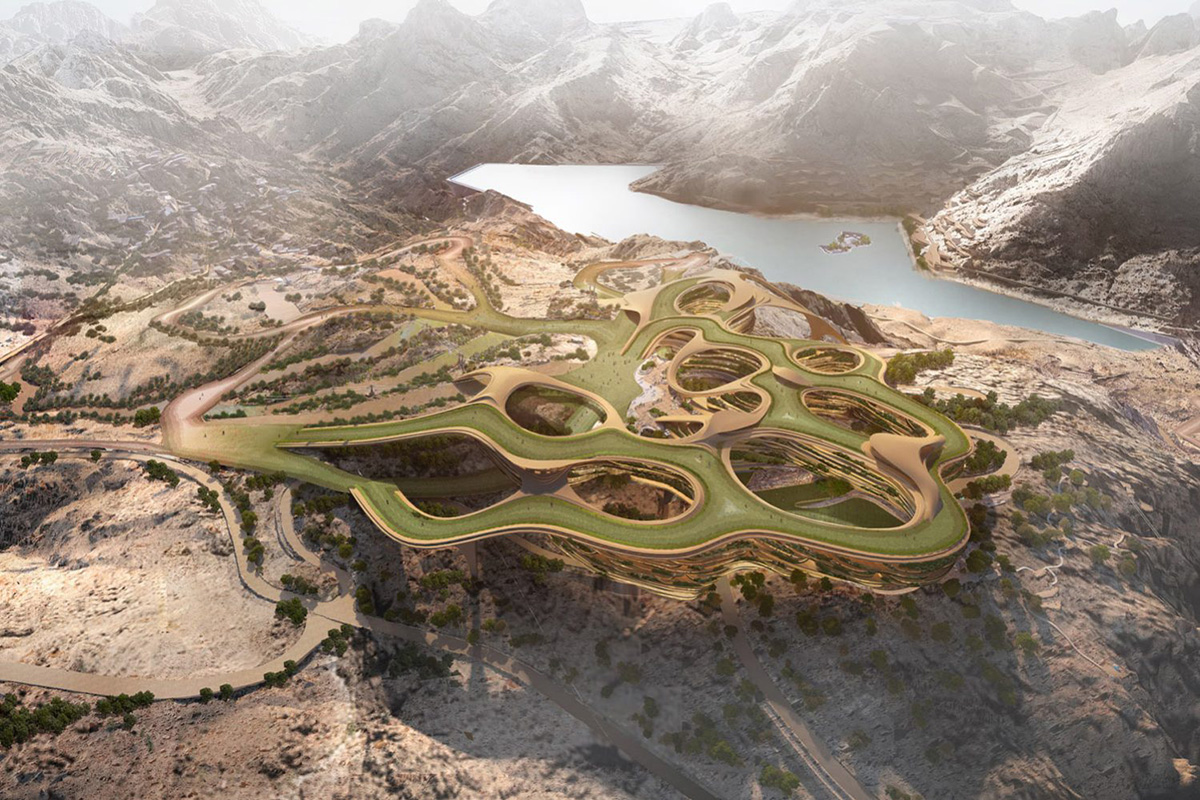 Saudi Arabia has won a bid to host the 2029 Asian Winter Games at Neom's new futuristic mega city, which will be a year-round tourist resort destination as part of Neom's regional plan, located 50km from the Gulf of Aqaba coast in the heart of the nature region.

The mountainous area has elevations ranging from 1,500 meters to 2,600 meters and covers an area of nearly 60 square kilometers. 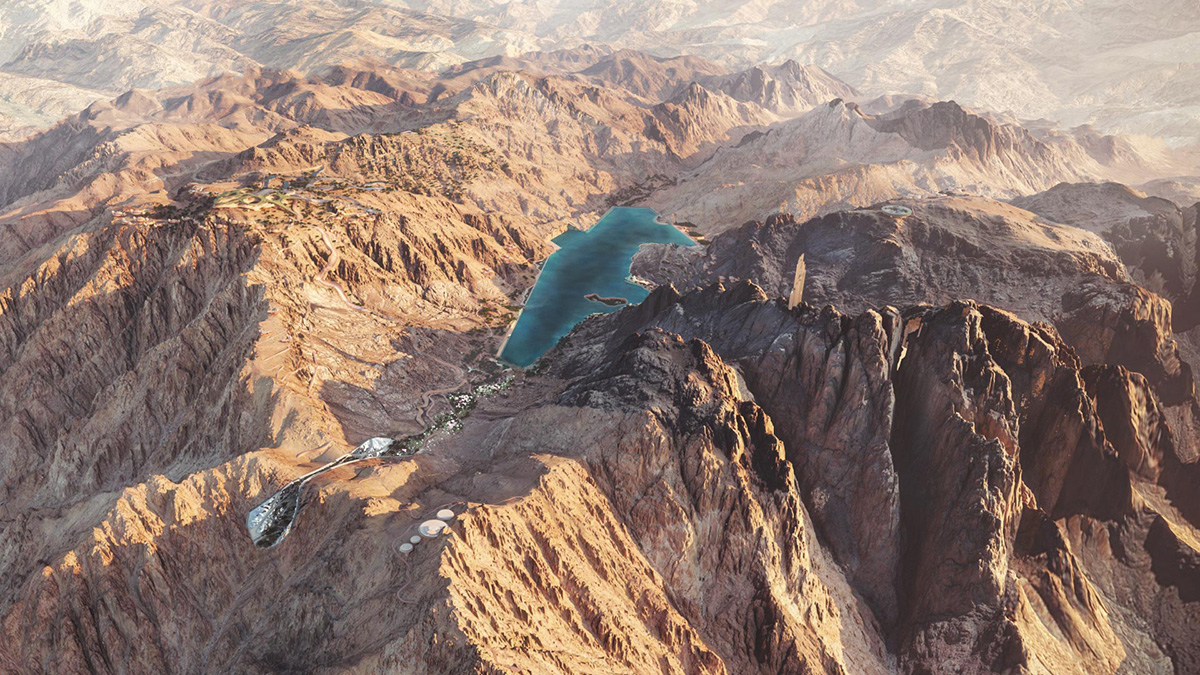 An aerial view from Trojena development

The $500-billion futuristic mega city will include a ski village, ultra-luxury family and wellness resorts, a wide range of retail stores and restaurants, sports activities, including a ski slope, watersports and mountain biking, as well as an interactive nature reserve.

Trojena is being developed in line with the goals of the Kingdom's Vision 2030 plan and is set to be completed by 2026.

The new global destination for mountain tourism is part of Neom’s plan and strategy, aiming to "contribute to supporting and developing the tourism sector in the region."

The project, developed in adherence to the principles of sustainability of Neom, is targeted to utilize state-of-the-art technology and engineering, across various disciplines. 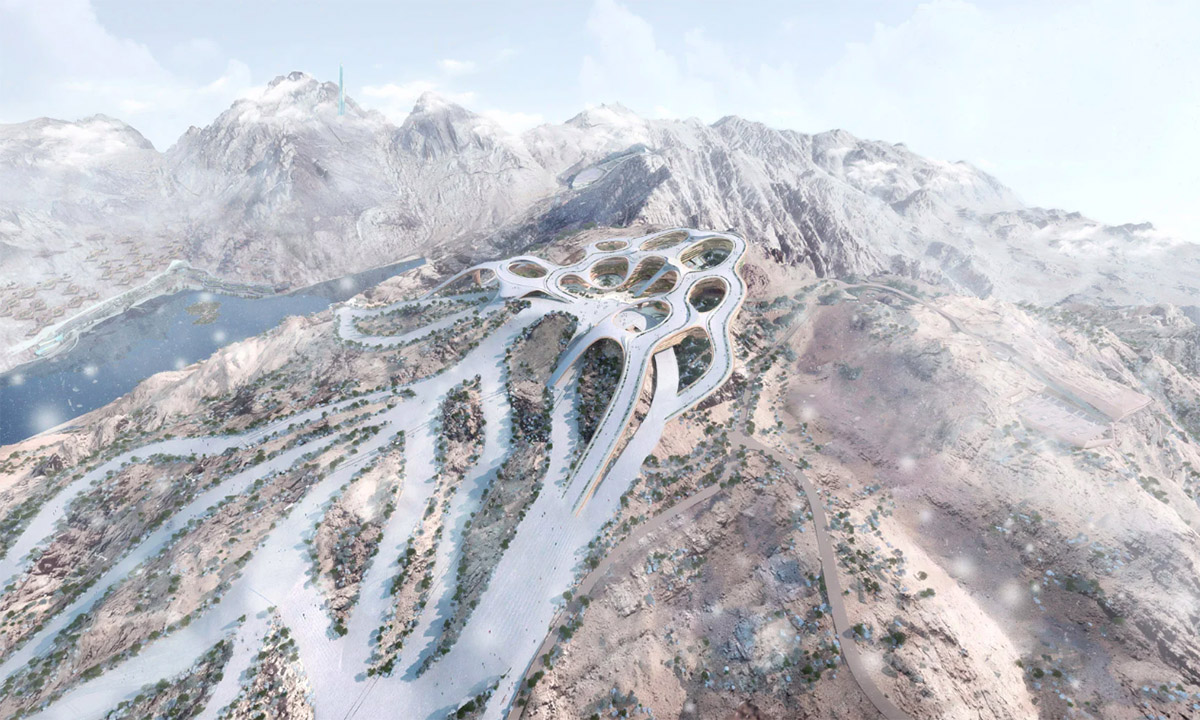 Ski Village is designed by Aedas in a channeled-form development

According to Neom, the project will offer "a unique and innovative architecture, unlike any other in the world."

The project is situated in the center of Neom, 50 kilometers from the Gulf of Aqaba coast, in a region characterized by a mountain range with the highest peaks in Saudi Arabia at approximately 2,600 meters above sea level.

Adhering Neom’s strict environmental principles, all construction activity in Trojena is set to minimize land disruption to the local ecology and to ensure long-term sustainability. 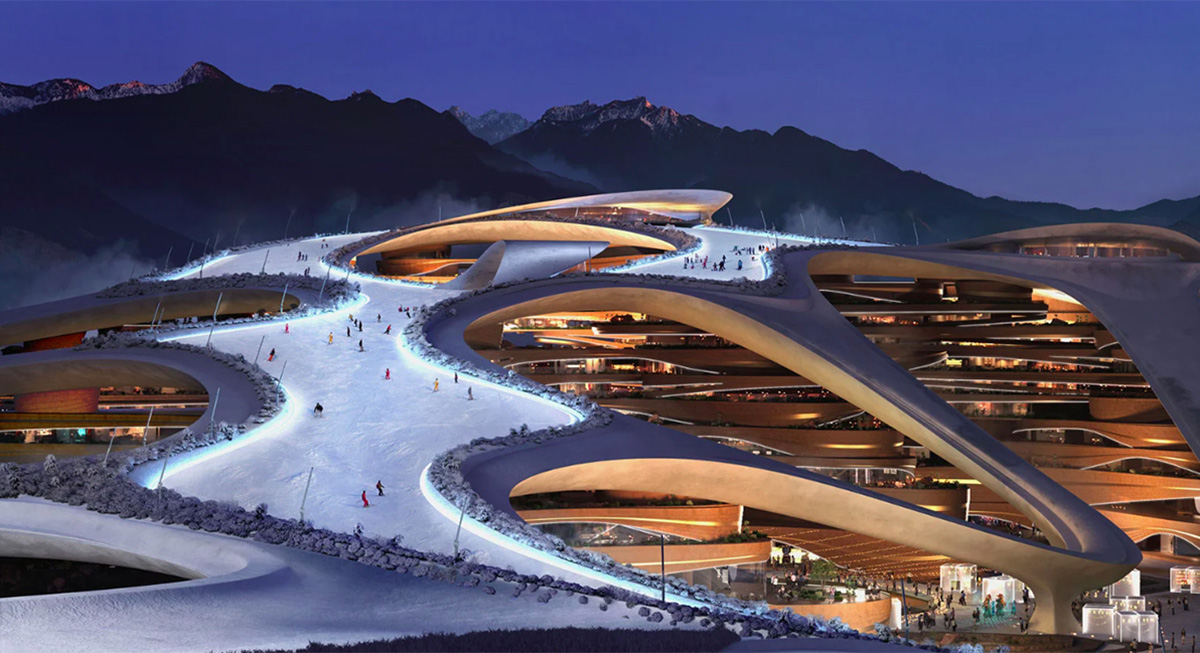 "Trojena will redefine mountain tourism for the world by creating a place based on the principles of ecotourism, highlighting our efforts to preserve nature and enhance the community’s quality of life, which is aligned with the goals of the Kingdom’s Vision 2030," said His Royal Highness Mohammed bin Salman, Crown Prince and Chairman of the Neom Company Board of Directors.

"It also confirms our commitment to be part of the global effort to protect the environment."

"Trojena will be an important addition to tourism in the region, a unique example of how Saudi Arabia is creating destinations based on its geographical and environmental diversity."

"This forward-looking vision will ensure that mountain tourism will be another revenue stream to support the Kingdom’s economic diversification while still preserving its natural resources for future generations," His Royal Highness Mohammed bin Salman added. 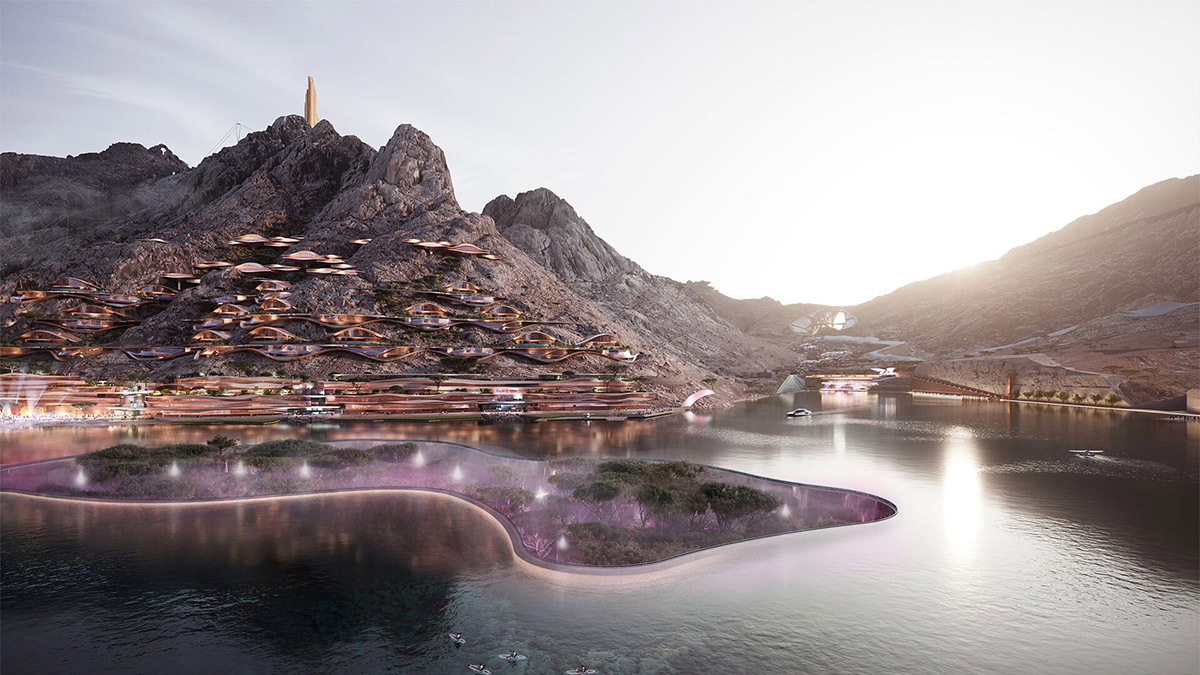 The masterplan of Trojena was designed by German architecture practice LAVA.

The firm is also designing a vertical village, called The Vault, set to be built within the mountain featuring a fusion of technology, entertainment and hospitality facilities. The Vault will acts as a main gateway into Trojena. 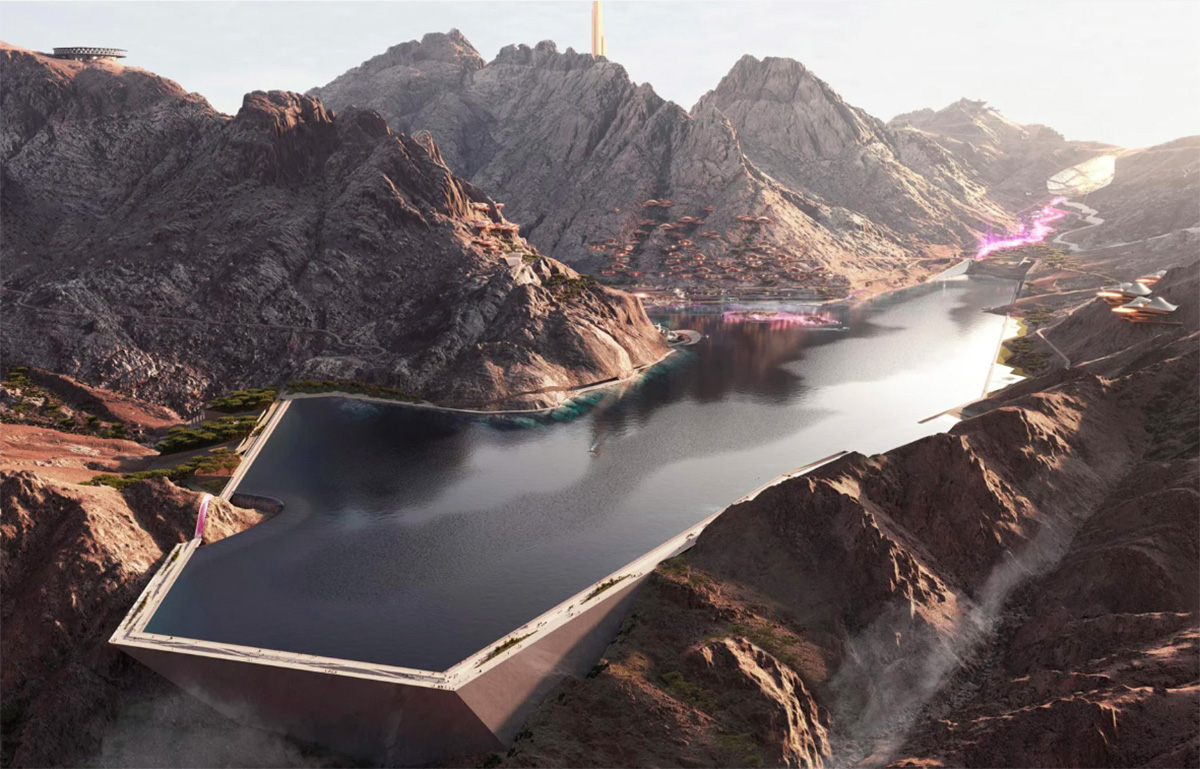 The Lake, designed by Bureau Proberts, a precision-engineered mountain top lake is the beating heart of Trojena

The Slope Residences, situated near the ski slope overlooking the lake, are "designed to blend in with the surrounding landscape, as well as luxurious mansions with panoramic views designed to reflect the beauty of the environment." 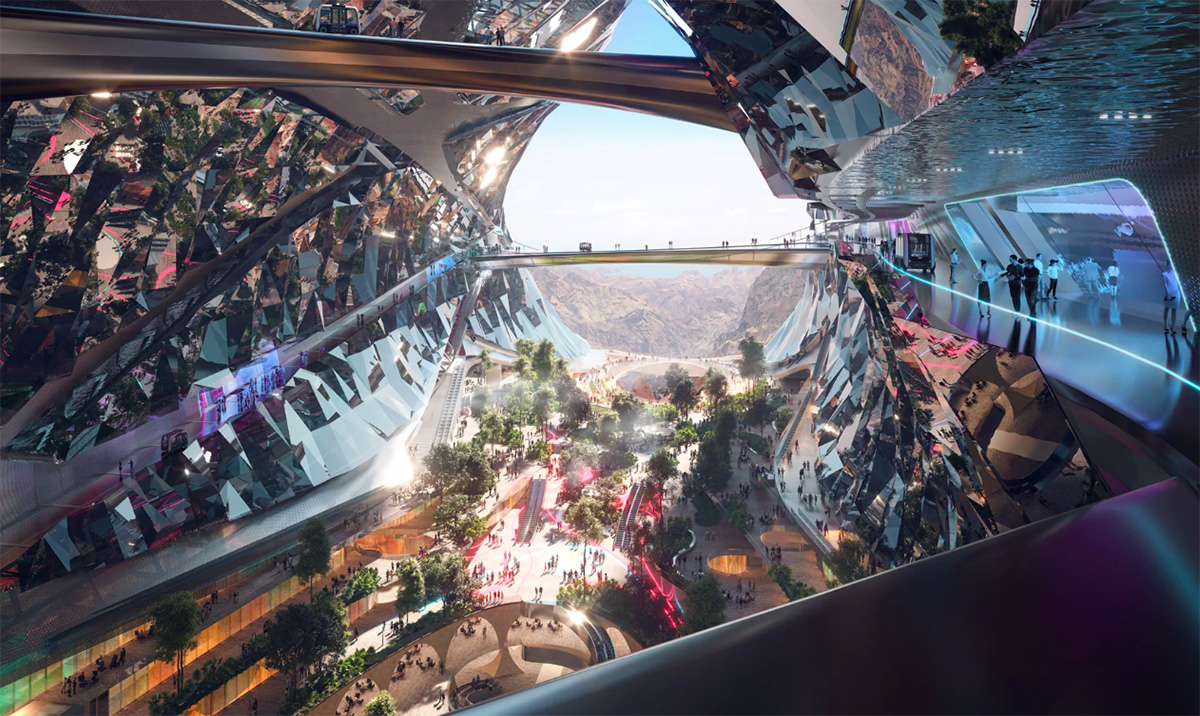 View from The Vault designed by LAVA

In the middle of the development, Trojena also consists of a stunning man-made freshwater lake which is designed by Australian architecture practice Bureau Proberts, while Zaha Hadid Architects is designing "other elements of the design", stated by the Neom team in a press release.

Another building, a hotel, dubbed as The Bow Hotel, is set to be built as an architectural masterpiece that will offer an unrivalled hotel experience to its visitors.

Trojena development, divided into six different districts, will include over 3,600 hotel rooms, 2,200 homes, with 42,000-square-metre retail and dining spaces.

The six districts in the development are named as Gateway, Discover, Valley, Explore, Relax and Fun and all of them are designed to offer activities catering to a variety of tastes and needs. 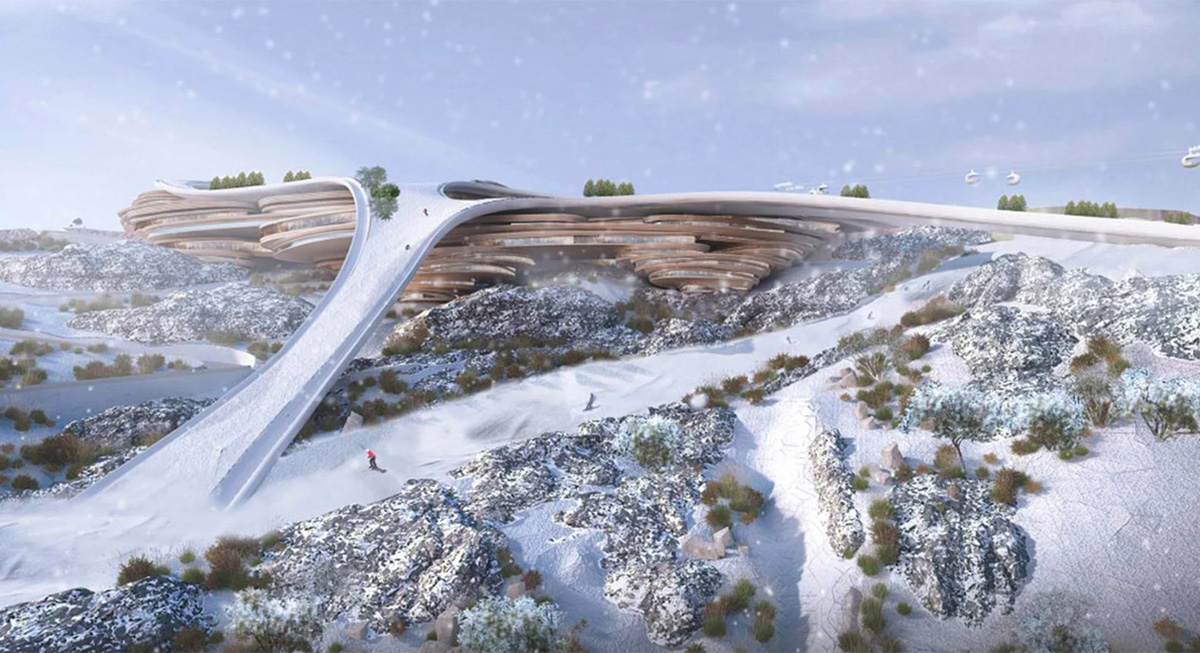 LAVA-designed The Vault is described as "an advanced-technology gateway" that converges the physical and digital worlds of Neom. A futuristic folded-vertical village will be the "brain" of the development. It will offer bespoke experiences where reality and imagination are combined.

The Vault will incorporate over 450 homes, 1,000 hotel rooms - with 5-star, 4-star and specialist hospitality, with a 13,000-square-metre retails and dining spaces. 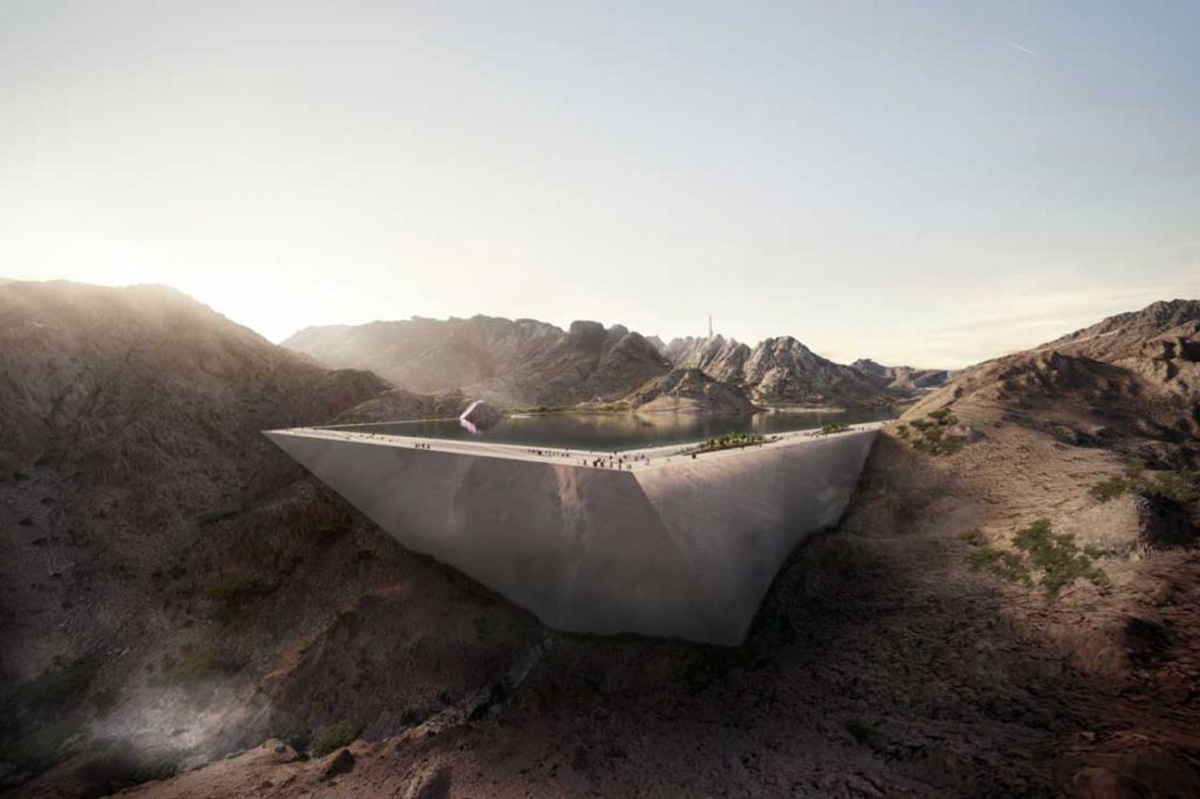 The Bow, a hidden world underneath the lake

It will also boast a five-star hotel, high-end residences and fine dining, which are all driven by advanced technology and situated in the atriums of this water-embedded structure.

The Observatory is located just south of The Vault. It is made of rounded, elevated platforms "where guests will get the best views from the unique surrounding region during the day and amazing views of the heavenly star-lit skies at night." 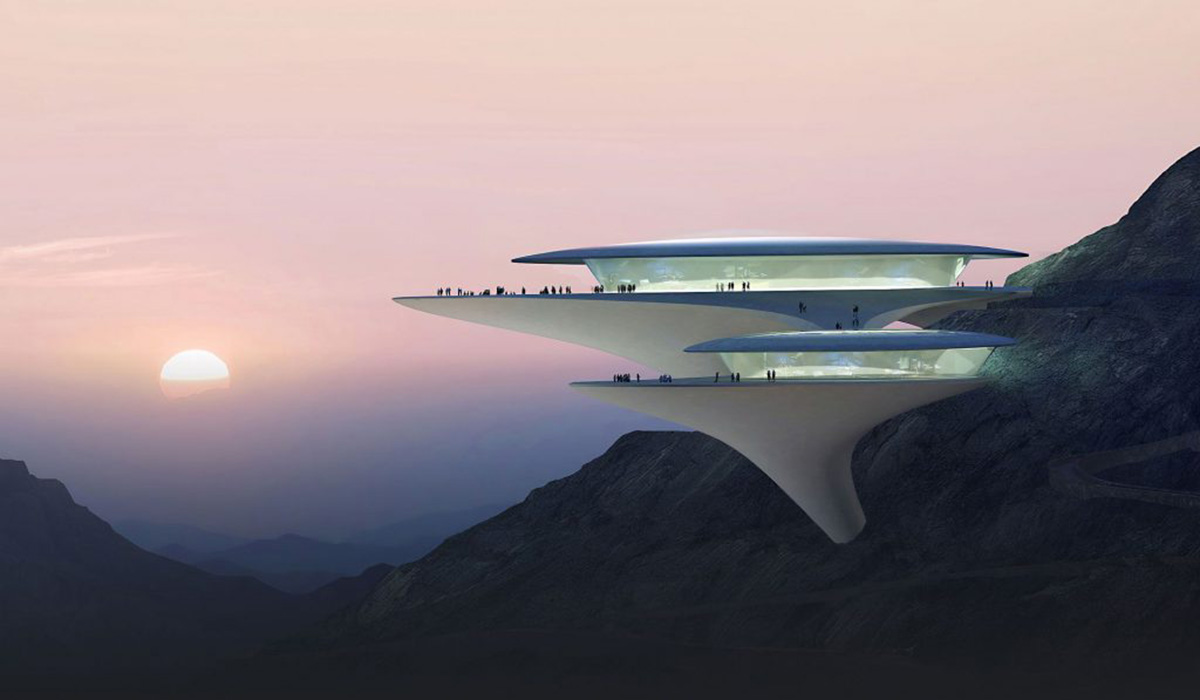 The Observatory is placed at the south of The Vault. Guests will have the best views of the unique surrounding region

"It will be developed according to architectural specifications that consider environmental sustainability, preservation of all living organisms and nature," said Neom in a press release.

"The region is characterized by clean air, beautiful landscapes and climatic diversity, where temperatures drop below zero in winter, while the average temperature throughout the year remains 10 degrees Celsius lower than other cities across the region."

Neom also added that the new development "will act as a major catalyst for economic growth and diversification in Saudi Arabia." 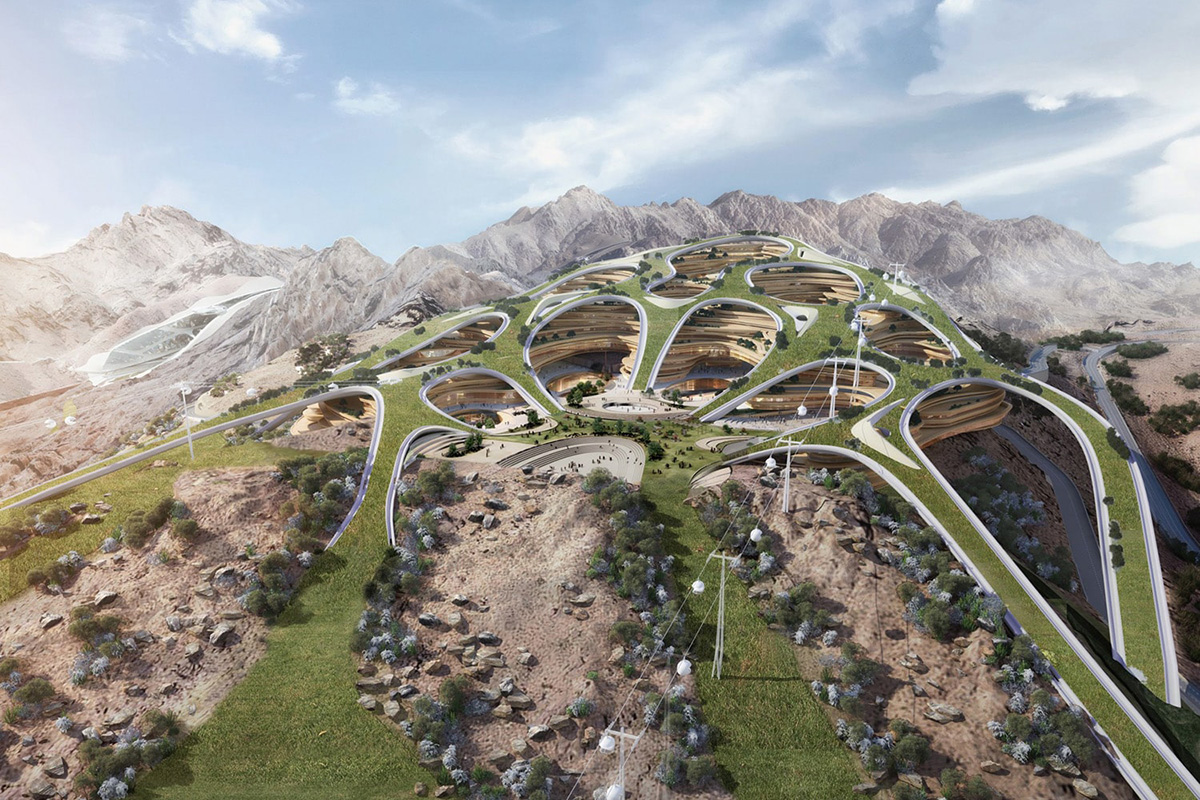 "Neom's latest development is vital to achieve what Saudi Arabia has envisioned for the future of the Kingdom by unlocking new sectors, building a vibrant society full of innovation and promoting economic prosperity," Neom added. 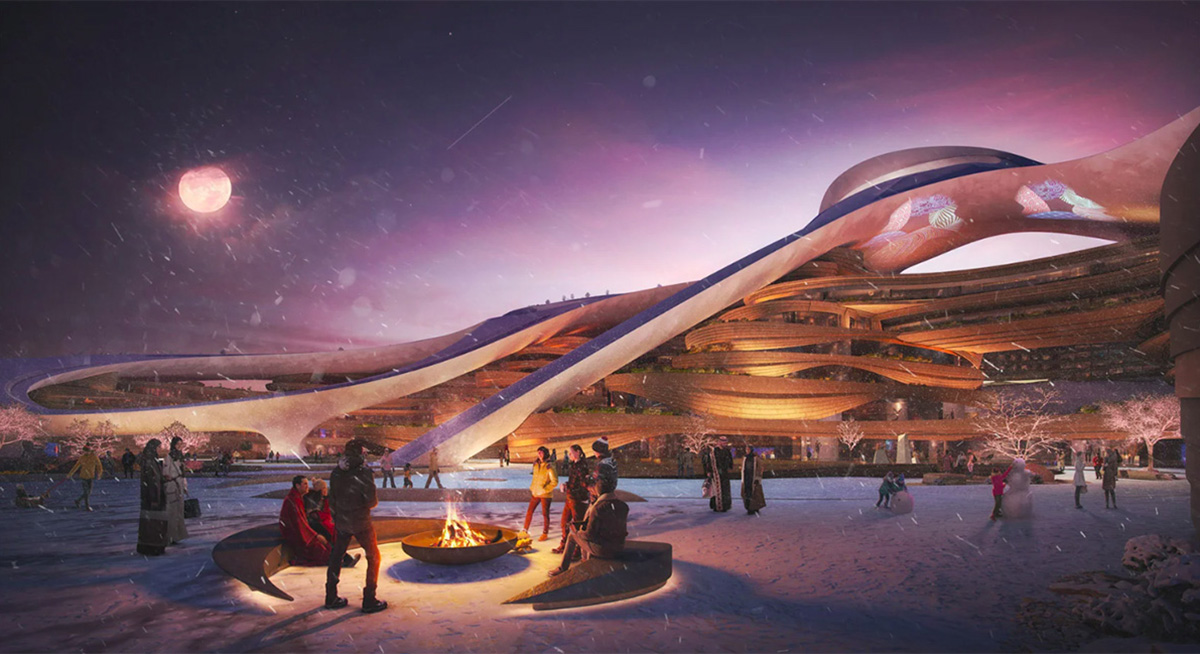 Neom expects to attract 700,000 visitors and 7,000 permanent residents to live in Trojena and its adjacent residential districts by 2030.

Trojena is one of the three major developments of Neom alongside The Line and Oxagon. While Trojena is located 50km from the Gulf of Aqaba coast, the new development, Trojena, will be connected via a high-speed rail to The Line.

Recently, Neom unveiled details about The Line, which will be a 100-mile-long (170-kilometre) linear mirrored city in Saudi Arabia.

All images courtesy of Neom.