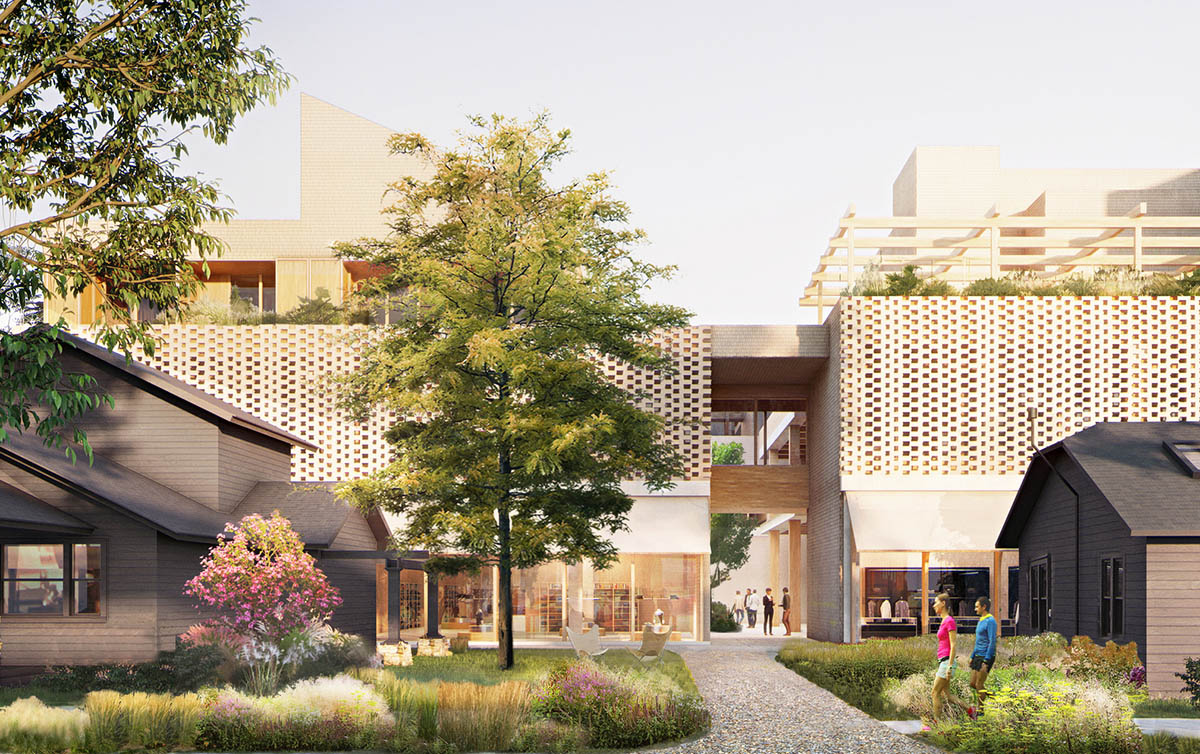 Located in the Sixth & Blanco Street district, adjacent to downtown and the Colorado river, the project will be made of mass timber varying in different façade configurations, offering a porous structure to invite residents from every direction.

Once complete, it will be the first built project of Herzog & de Meuron in Texas.

According to the studio, the architectural language is informed by the project’s location and takes cues from "the existing vernacular store fronts, notable restaurants, stores, galleries, generous tree-lined streets, and the walkable character of the surrounding Clarksville neighborhood", which is known as one of Austin’s most desirable districts. 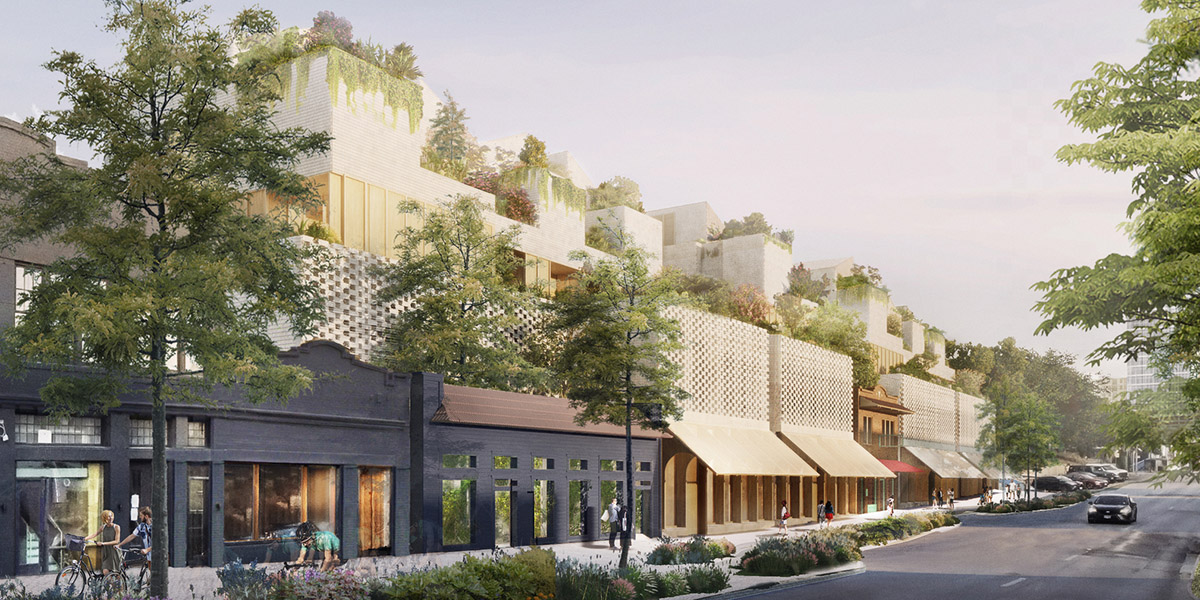 "The challenge and potential of the project is to propose an architecture that takes key ingredients from its surrounding context and distributes them throughout a dense yet permeable program: generous greenery, passively-cooled indoor/outdoor spaces, an active neighborhood storefront and the use of a materials palette aligned with the historic fabric," said Herzog & de Meuron in a project description.

Offering a harmonious composition, the balance of solid-void ratios, scale, permeability of the façade and the integration of greenery and plants act as a naive element of the existing structures around it.

The project, occupying the site in an elongated plan, is envisioned as a continuous horizontal wooden structure. While commercial units, such as shops and restaurants, occupy the full ground floor, offices are placed on the second floor.

Hotel is designed on the third floor, and lastly, residences occupy the fourth and fifth floors.

"From a pedestrian vantage point, the building is perceived as a series of two-story structures organized around planted courtyards," said Herzog & de Meuron.

"The project steps back from the street and decreases in density as it grows taller, allowing for a network of exterior circulation spaces with gardens, courtyards and porches on all levels."

According to the firm, the project will "bring a human scale and a sense of domestic comfort to all - instead of a singular uniform gesture, the project is a complex sum of its many individual parts." 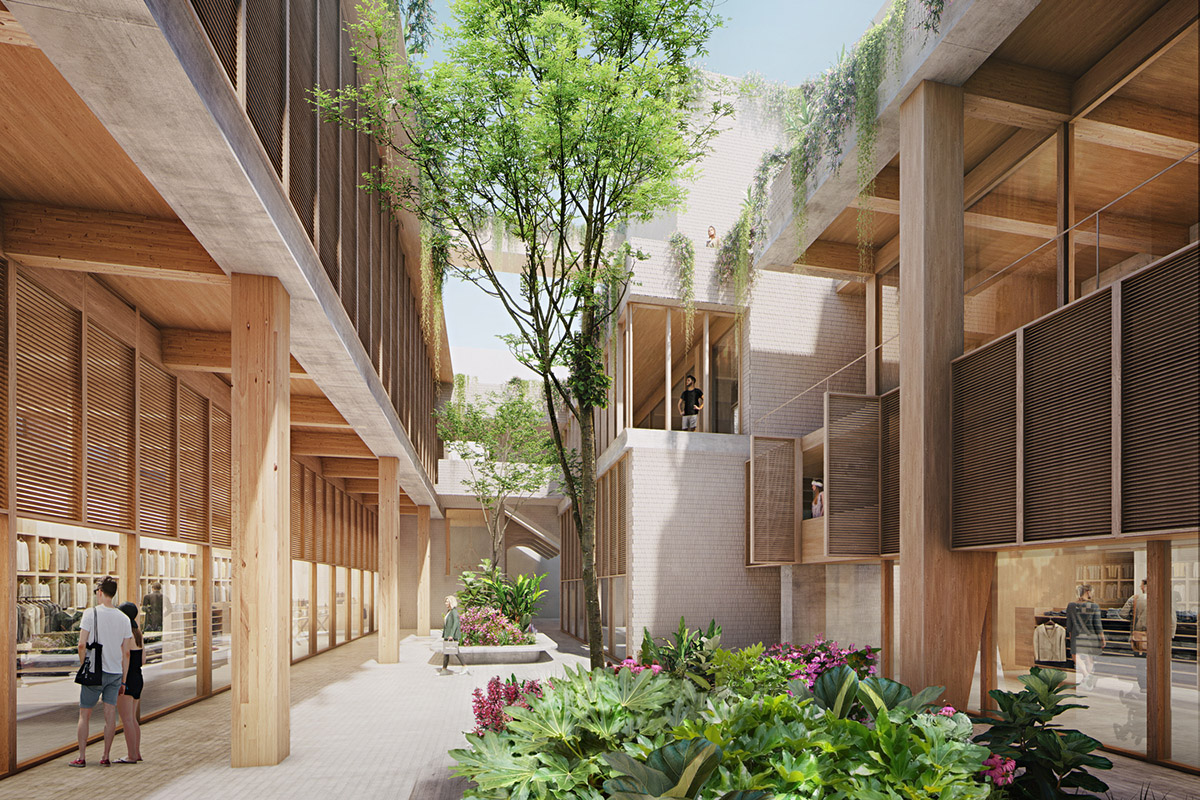 All units are drawn on rectangular or square plans, while a series of internal courtyards lead visitors to different units within a low-rise complex. Wooden shutters, colonnaded hallways, protruding volumes enhance the layering and depth within the whole complex.

Since Herzog & de Meuron is not licensed to practice architecture in the state of Texas, the firm worked with Texas-based practice Page Southerland Page who serves as as the Architect of Record of the project.

Herzog & de Meuron recently completed the new campus of the Royal College of Art (RCA) in Battersea, London. Earlier this year, OMA, Herzog & de Meuron and ELEMENTAL were announced as the architects of the three major new museums in Qatar.

The office won the Pritzker Architecture Prize in 2001, the RIBA Royal Gold Medal, the Praemium Imperiale (Japan), both in 2007, and the Mies Crown Hall Americas Prize in 2014.