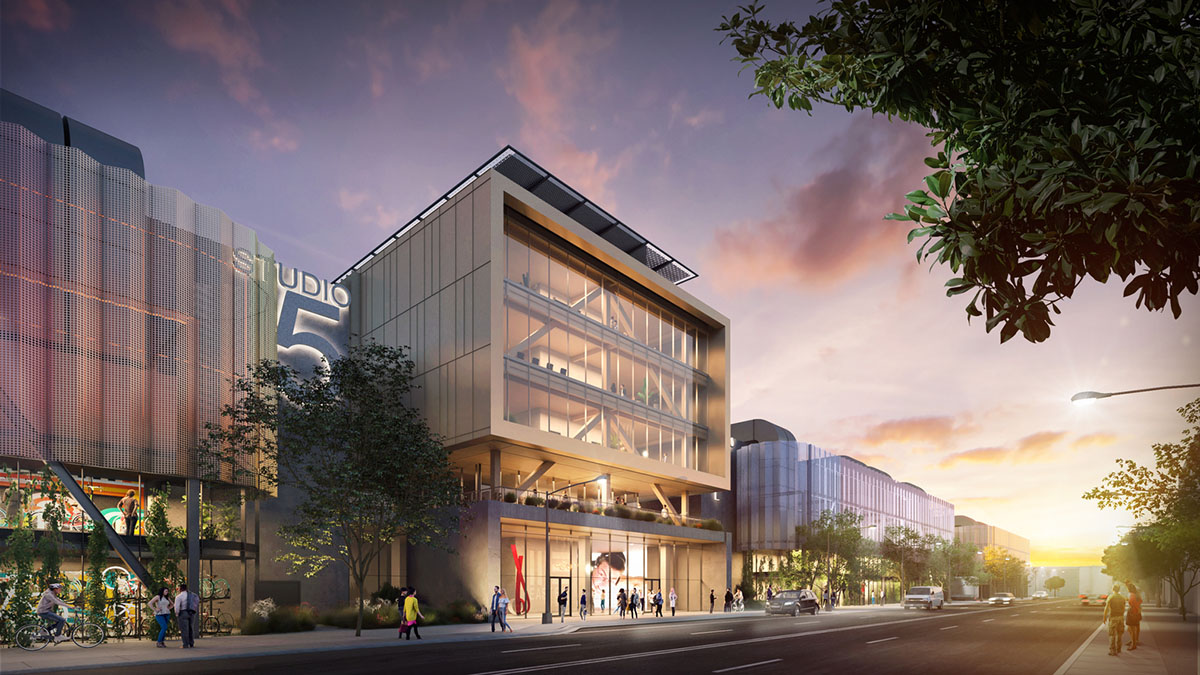 Responding its location and context with open, flexible and low-rise buildings, the new campus challenges to traditional studio layouts. Envisioned as a "vertical campus", the development has a more publicly open relationship to its downtown neighbourhood.

At street level, the building's basecamp is connected to the campus facilities and provides access to the logistical vehicles so that trucks, equipment and actors’ trailers can move safely between the soundstages and production spaces. 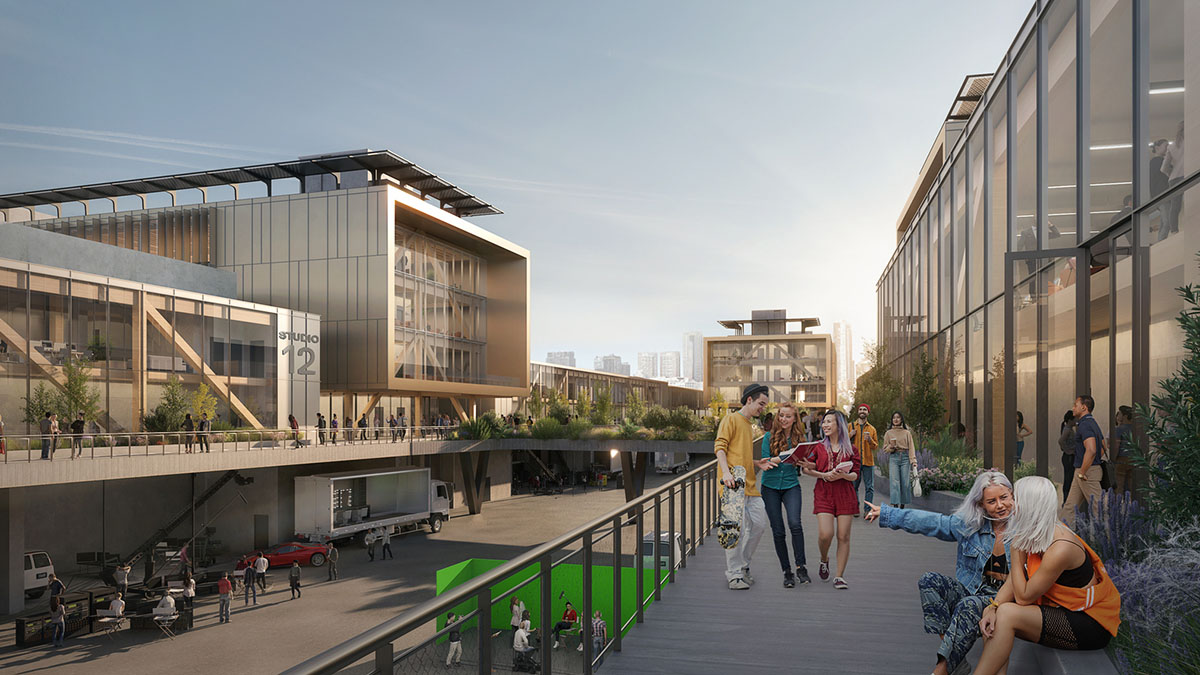 "Campus connectivity and city context has driven Grimshaw’s approach to the site which holds industrial heritage and will accommodate a digital future, and the opportunity to work on a project that is part of our own direct community, with Grimshaw’s Los Angeles studio only a handful of blocks away, is particularly exciting," Byrne added.

The new ADLA campus is situated on the intersection of 6th and Almada Street, "the redevelopment of the site also connects to the growth of the local economy – a vibrant live-work neighbourhood of creative commercial, maker spaces, and residential – and will ultimately provide 1,000 jobs," said Grimshaw in a project description in its website.

"The typically high, bank facades demanded of studio production sites has been tempered and integrated into the surrounding streetscape through a breaking down of the large building module, moments of activation, public amenities and landscaping," the office added.

The campus will be accessible from three points - along each edge of the site with a public open space proposed on Mill Street.

Beyond the site boundaries, the design of the campus takes cues from its location and offers multiple benefits, which will ultimately have direct access to multiple transit stops and the newly opened 6th Street Viaduct.

While the industrial heritage of the area shapes the design language of the campus, Grimshaw uses a modularisation approach for the buildings to increase the lifespan of the structures. According to the office, this also allows to simplify and accelerate building process and contribute to the sustainable development targets of the project.

Grimshaw, one of the largest architectural firms in the world, was founded by Nicholas Grimshaw in 1980. The practice became a Partnership in 2007.

Grimshaw together with Nautes Architects, WSP, Vogt and Turner & Townsend won a competition to redesign Budapest's Nyugati railway station in Hungary. The firm recently completed a new railway in London with sinuous surfaces, fluid and curved junctions in the passenger tunnels.