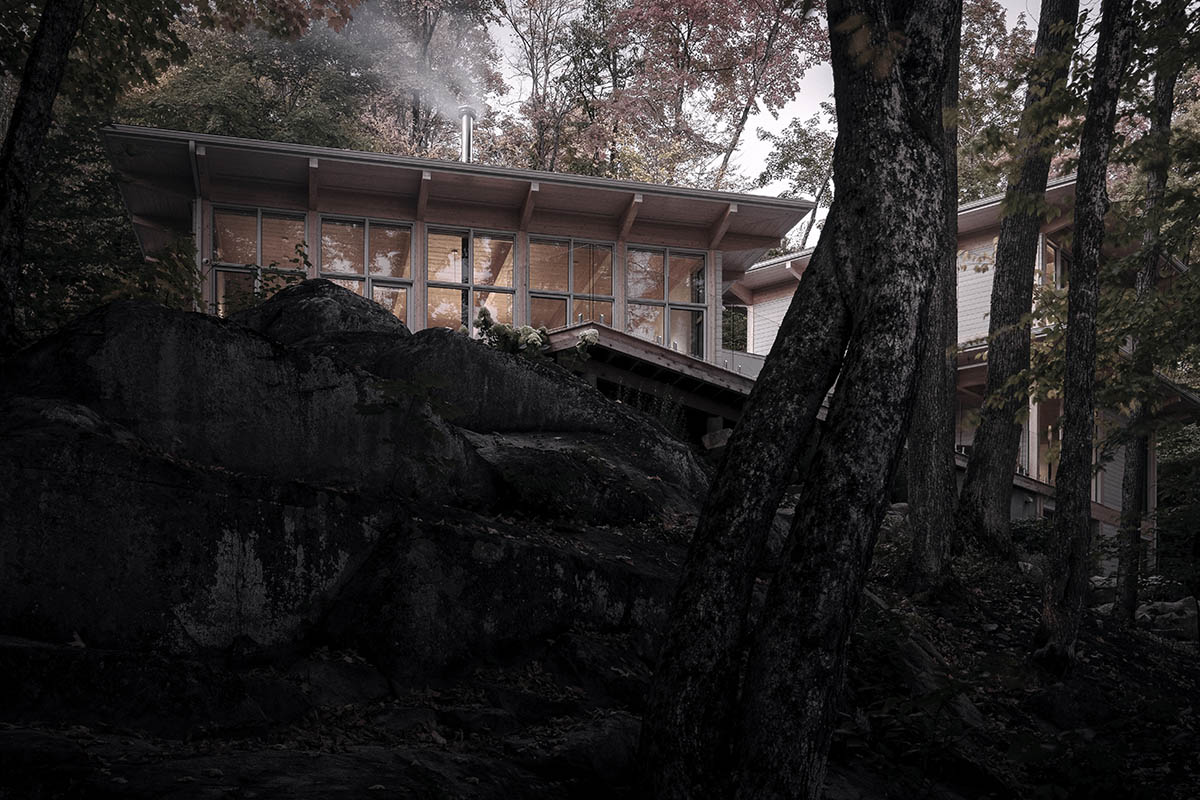 Montreal-based architecture firm Alain Carle Architecte has completed a residence on the rocky mountains to observe the landscape in Morin-Heights, a town in the Laurentian Mountains region of Quebec, Canada.

Named Rolo, the 327-square-metre house is built in a natural setting at the limits of constructability. The project takes cues from its natural surrounding that prioritizes the landscape. 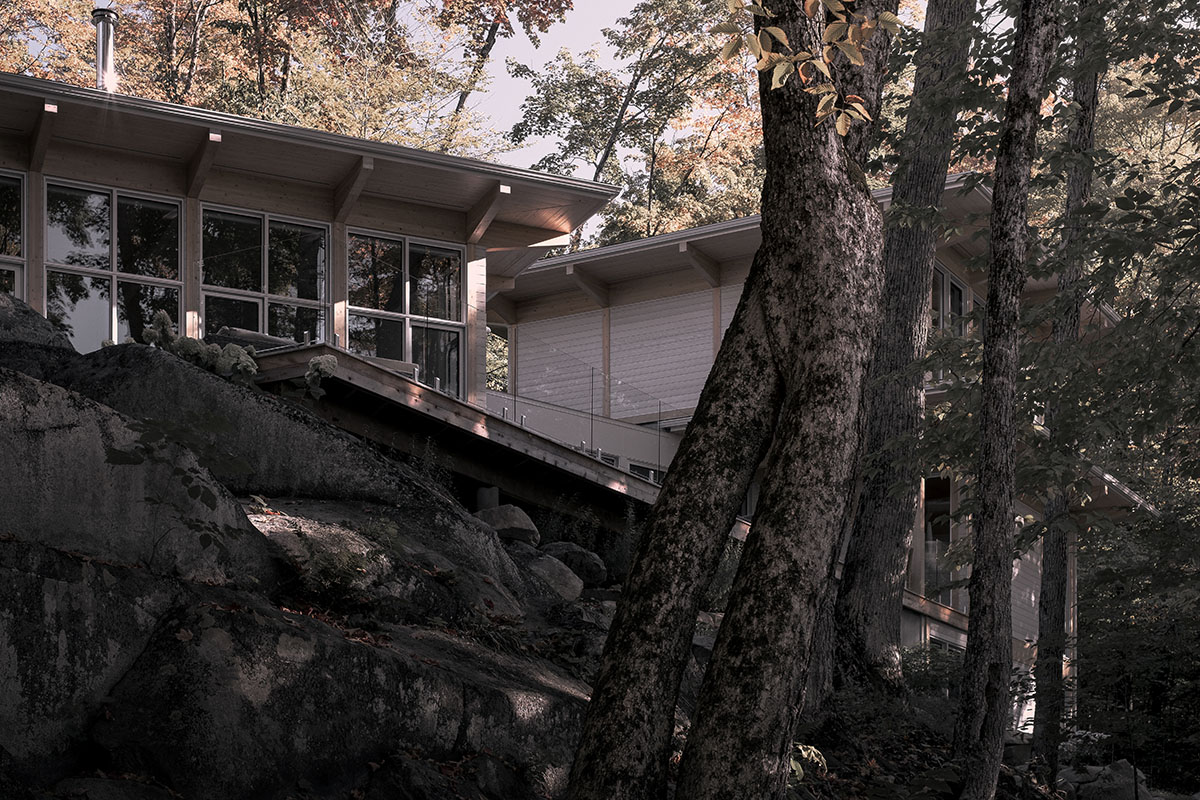 Located in the Laurentian region of Quebec, and situated on a steep slope, the residence is characterized by large, rocky outcrops and offers clear views of the Laurentian horizon.

"Before the intervention, the owners had created a variety of scattered and fragmented amenity areas on site, linked together by winding hiking trails that skirt along the steep cliffs of the mountainous terrain," said Alain Carle Architecte.

"Due to the organic and temporary nature of these initial site uses, their specificity informed the beginning of the project." 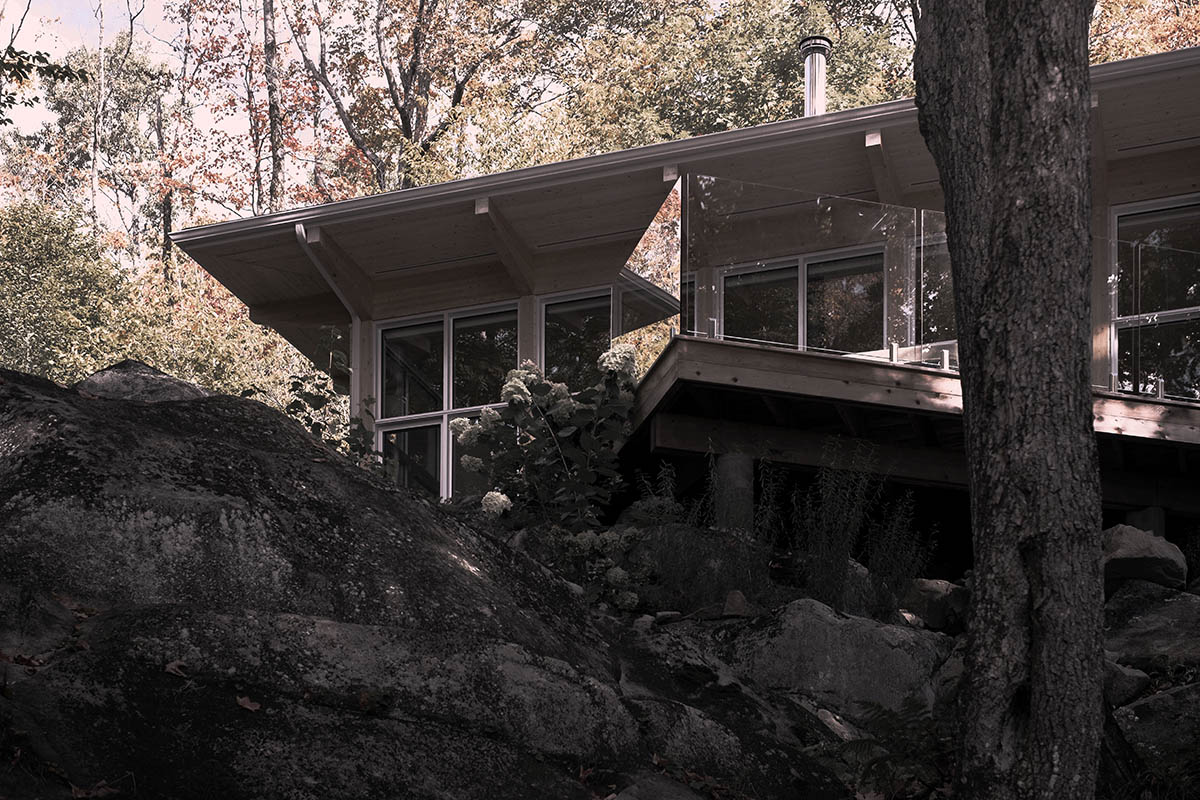 As a result, the conceptual premises of the project were therefore anchored to these temporary occupancy structures that the owners had developed over the years, according to the studio.

Along the contours of a rocky plateau they already occupied, the design team organized the location of the residence in a strategic manner in order to maintain some of their existing "lifestyle". 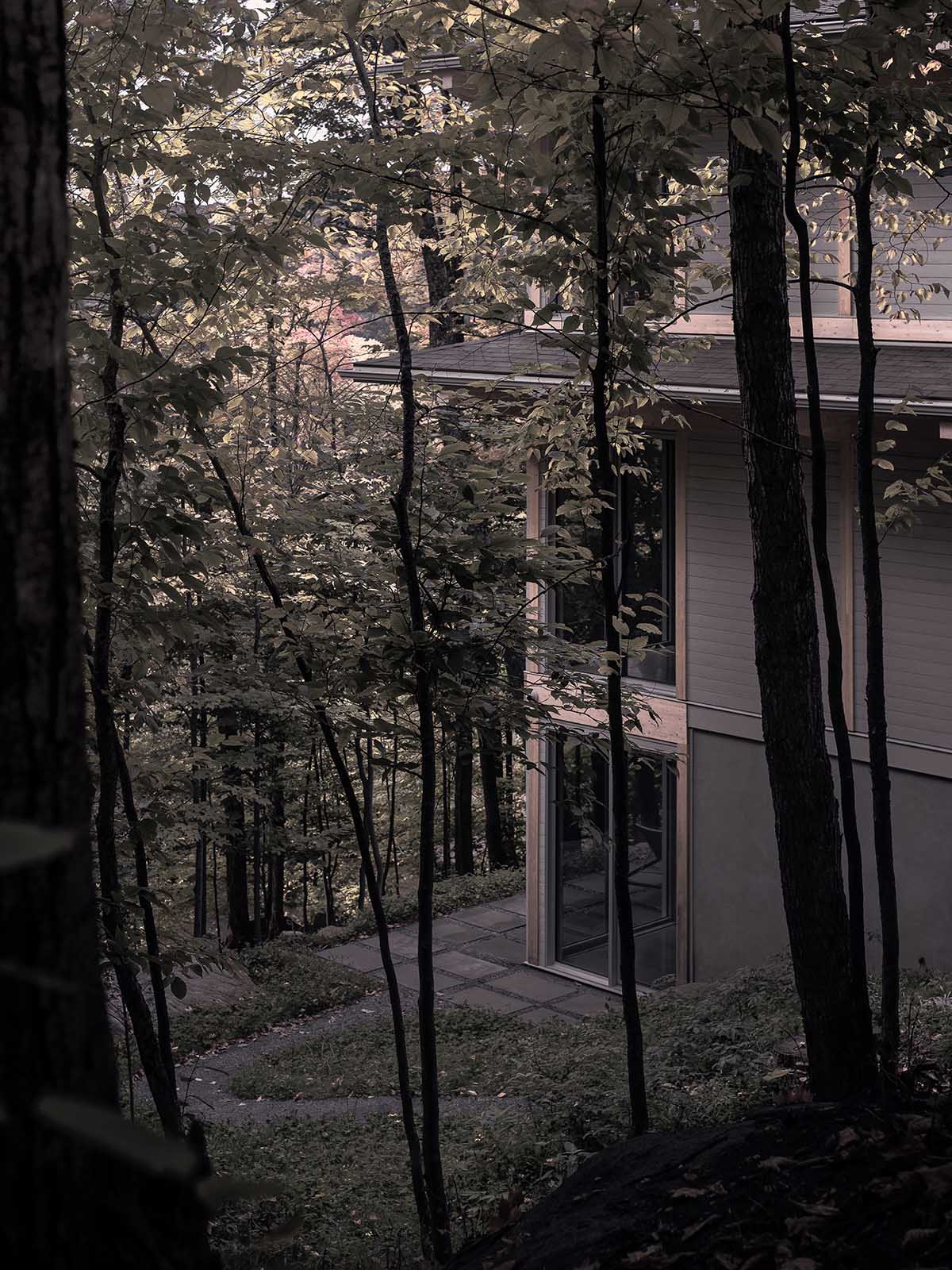 Rather than dominating its surroundings, or reconfiguring its site, the team envisioned an architecture to observe the landscape and respect its original state prior to the intervention.

In order to maintain the topography of the plateau, the team divided the project spaces into two volumes following axes that can be seen on the site. 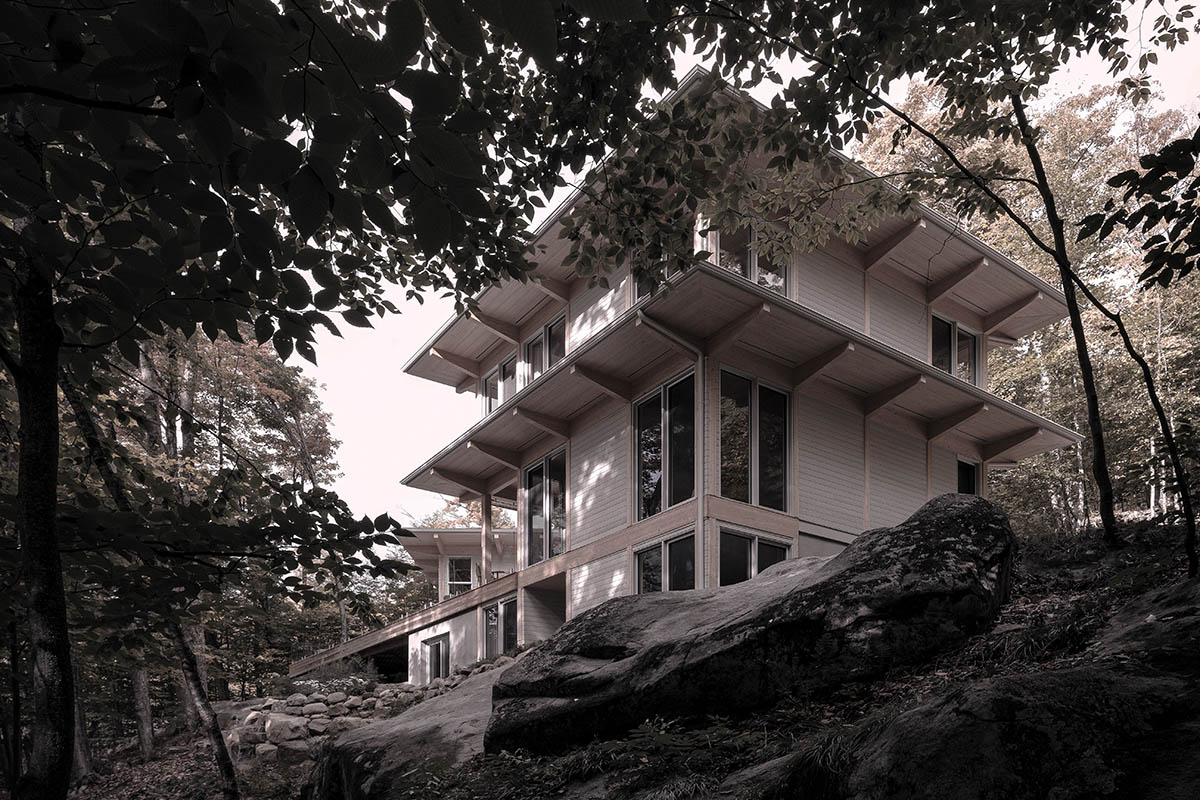 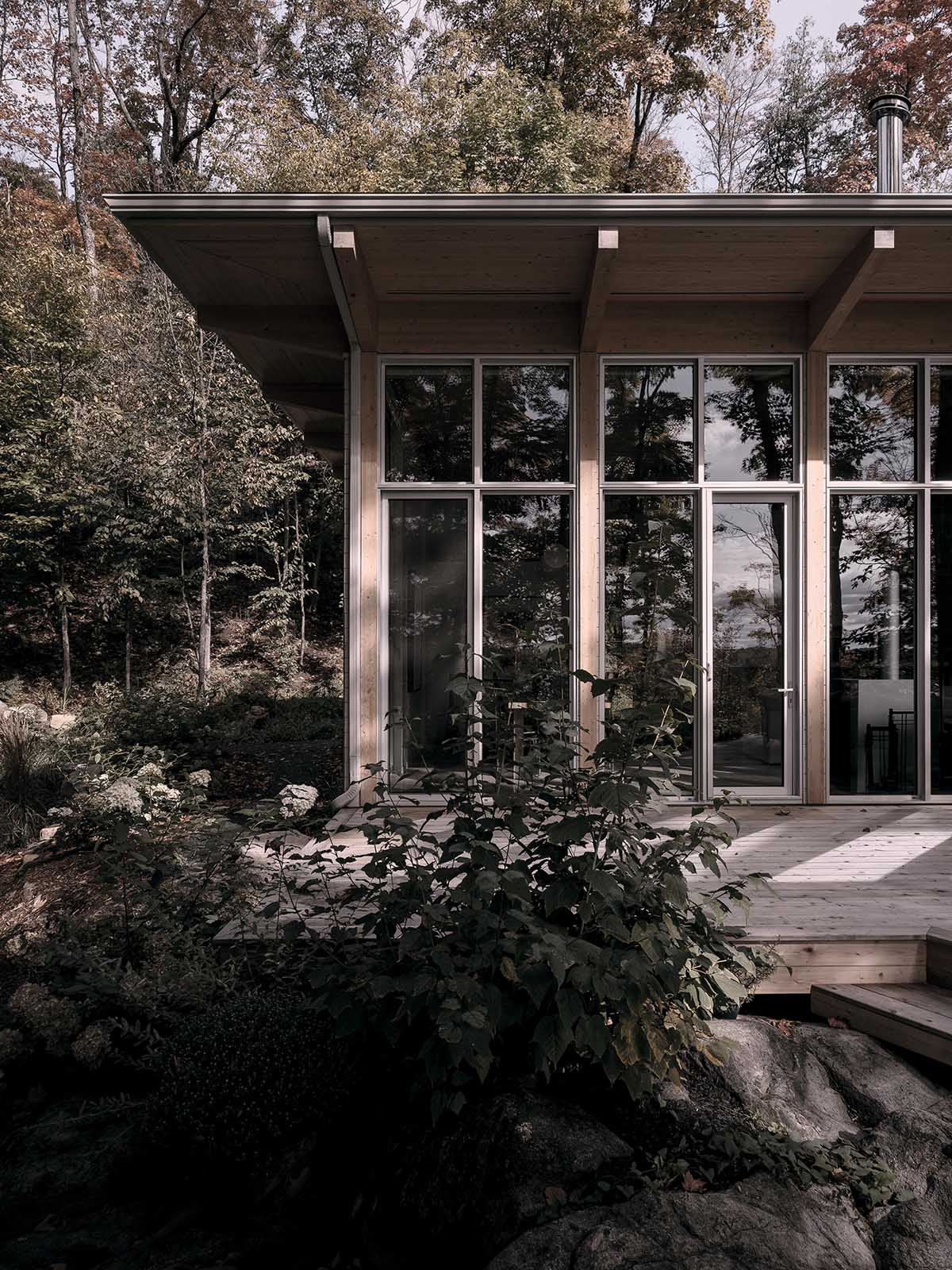 In its spatial conception, the existing site conditions enabled to create a vertical deployment as a layering of plans that follow the programmatic fragmentation.

According to the architects, this strategy also allowed to reduce the footprint of the project and preserved the site's natural drainage structure, which is almost unchanged today. 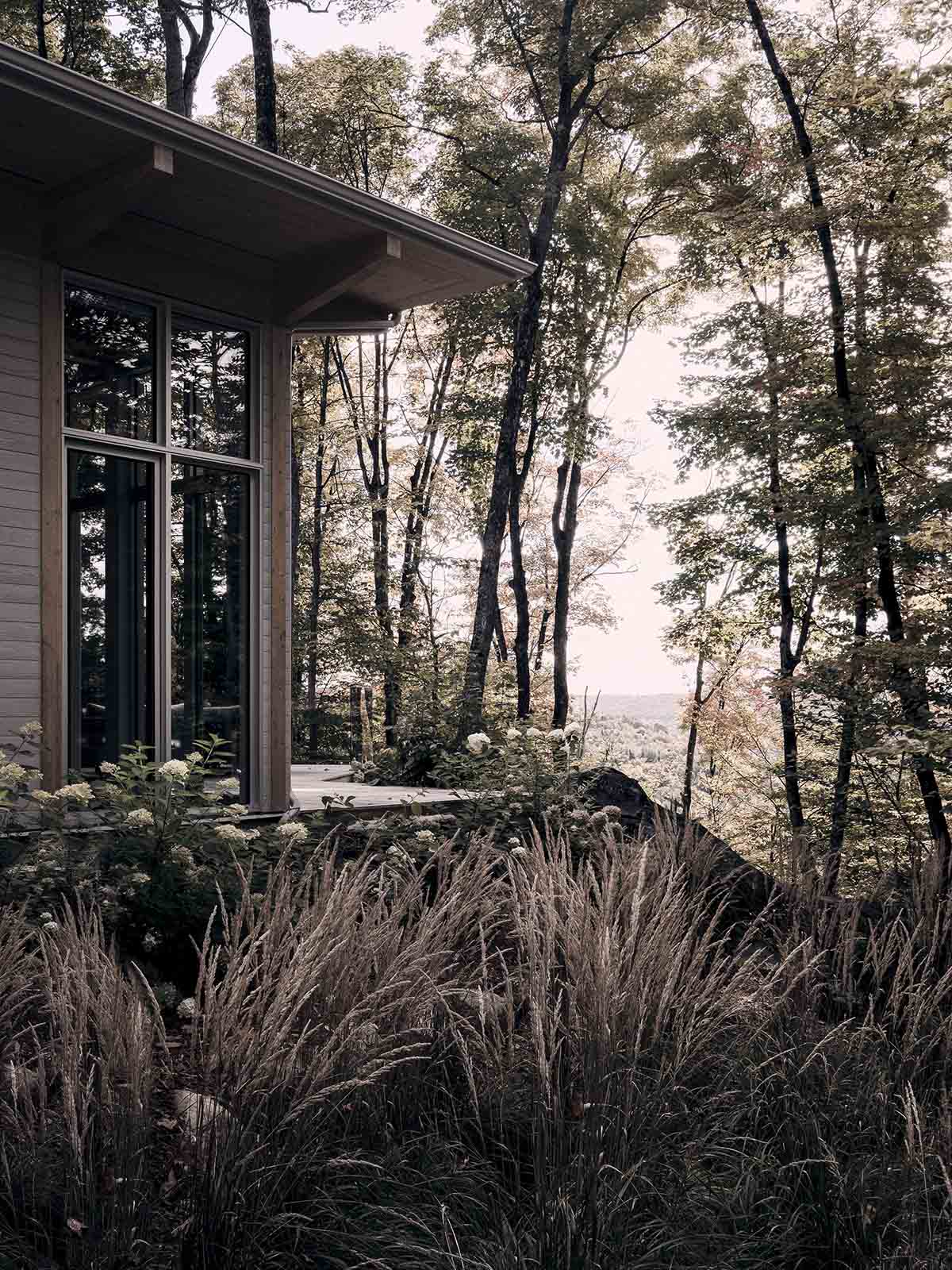 The residence was built by using glue-laminated timber or glulam and the structure allows for high ceilings and develops "interior landscapes" whose proportions recall those of the surrounding trees.

This becomes the recurring theme and allure of the stripped-down interior, leaving plenty of room for the surrounding landscape.

The rhythm of the supporting columns opens towards the horizon in vertical bays and breaks up the exterior panorama into small "selected paintings". The large roof overhangs the entire outer perimeter of the pavilions, repelling snow during winter and sun during summer. 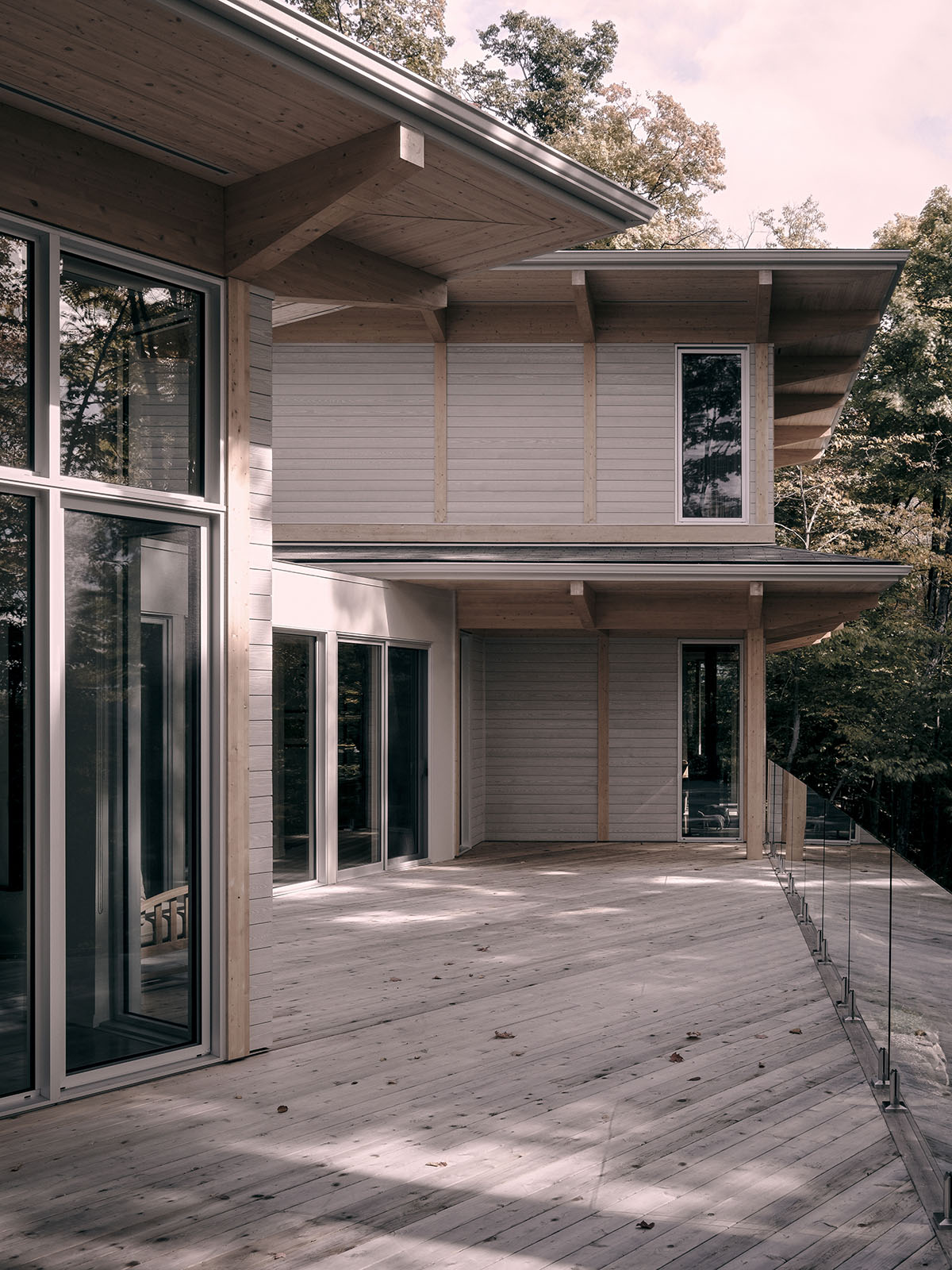 The structural layout is simple and apparent; expressing lightness and an ephemeral quality of the intervention, in contrast with the more permanent aspect of the rocky hillside. 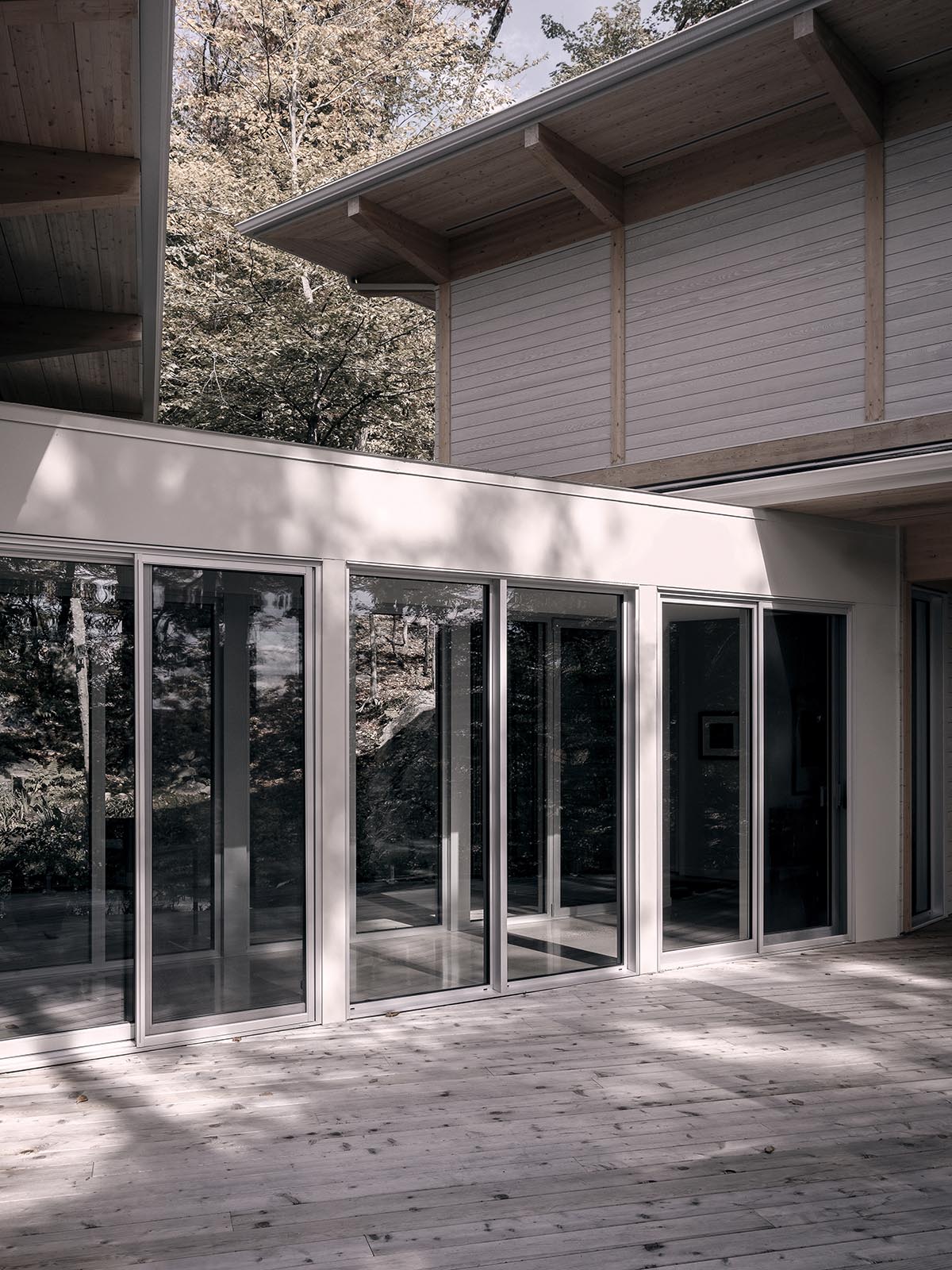 The verticality of the project is strategic – offering a sensitive response for the desire to preserve a delicate appropriation between the site and its inhabitants.

The project preserves a mountain peak landscape, in stark contrast to the plague of deforestation and destruction of natural systems, and the incessant sprawl of development in this area, on the outskirts of Montreal. 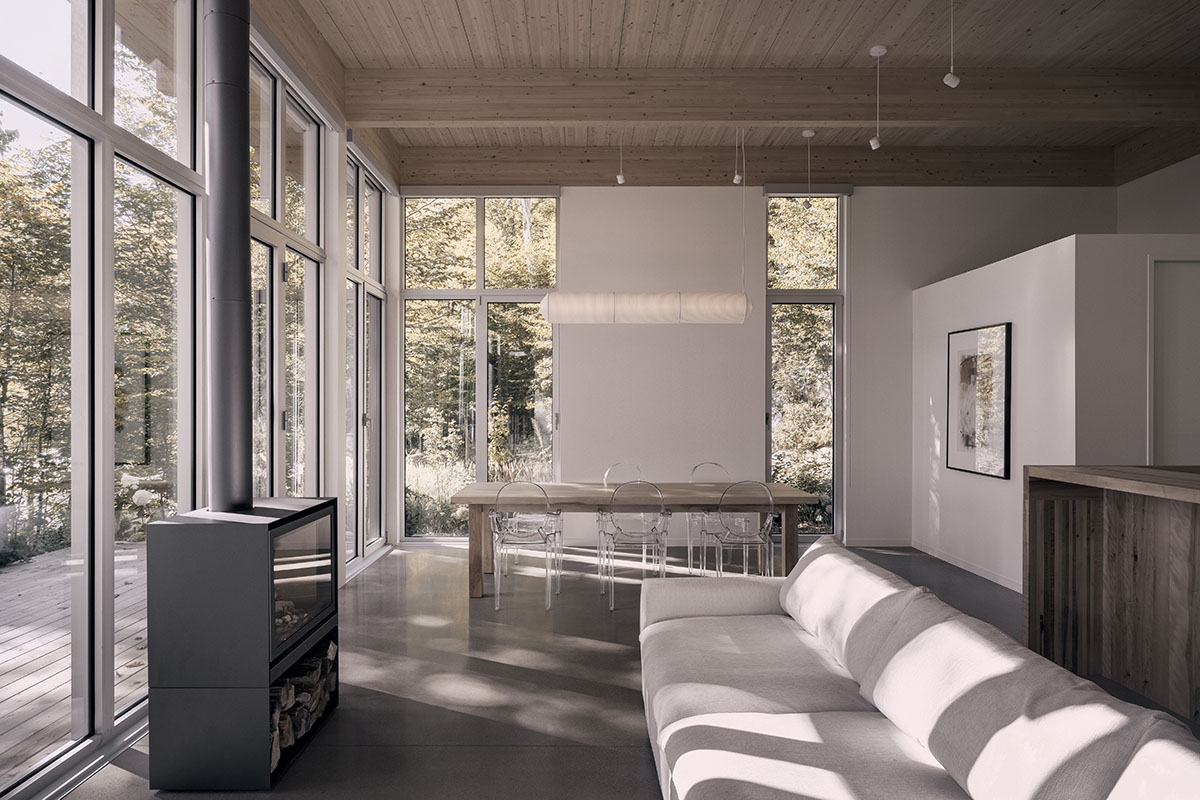 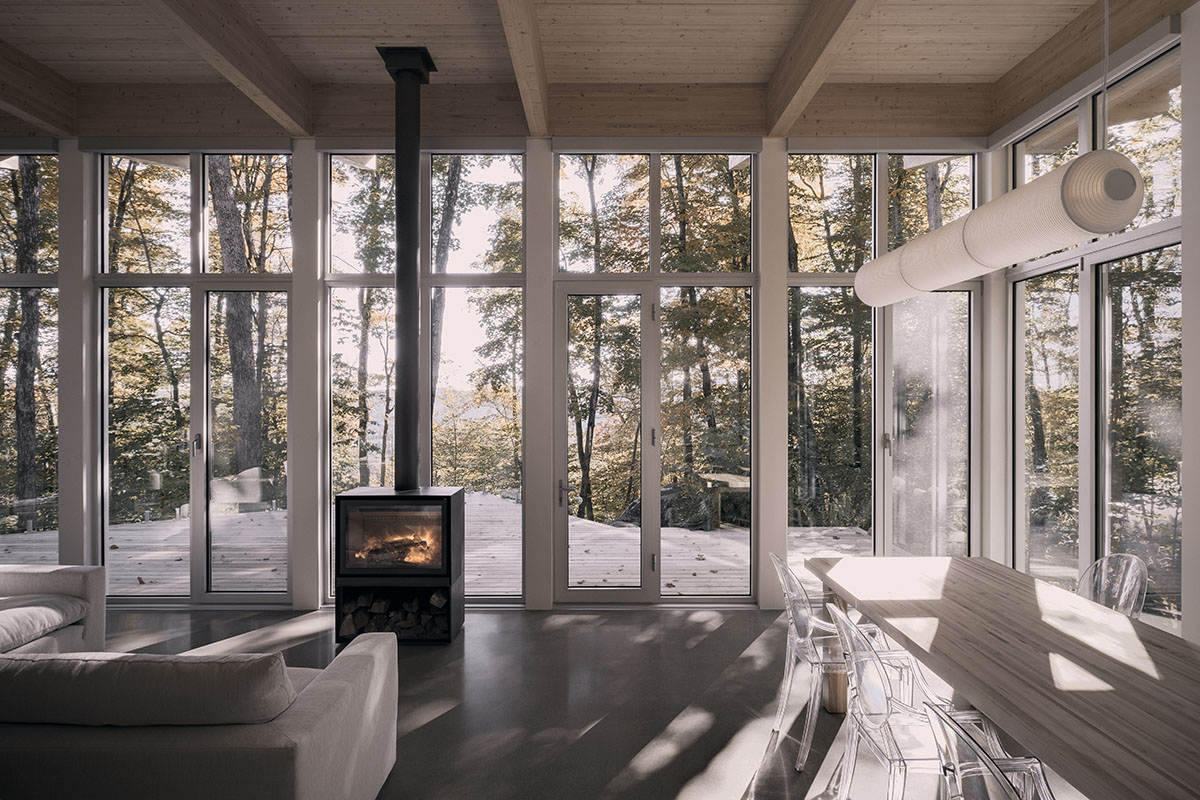 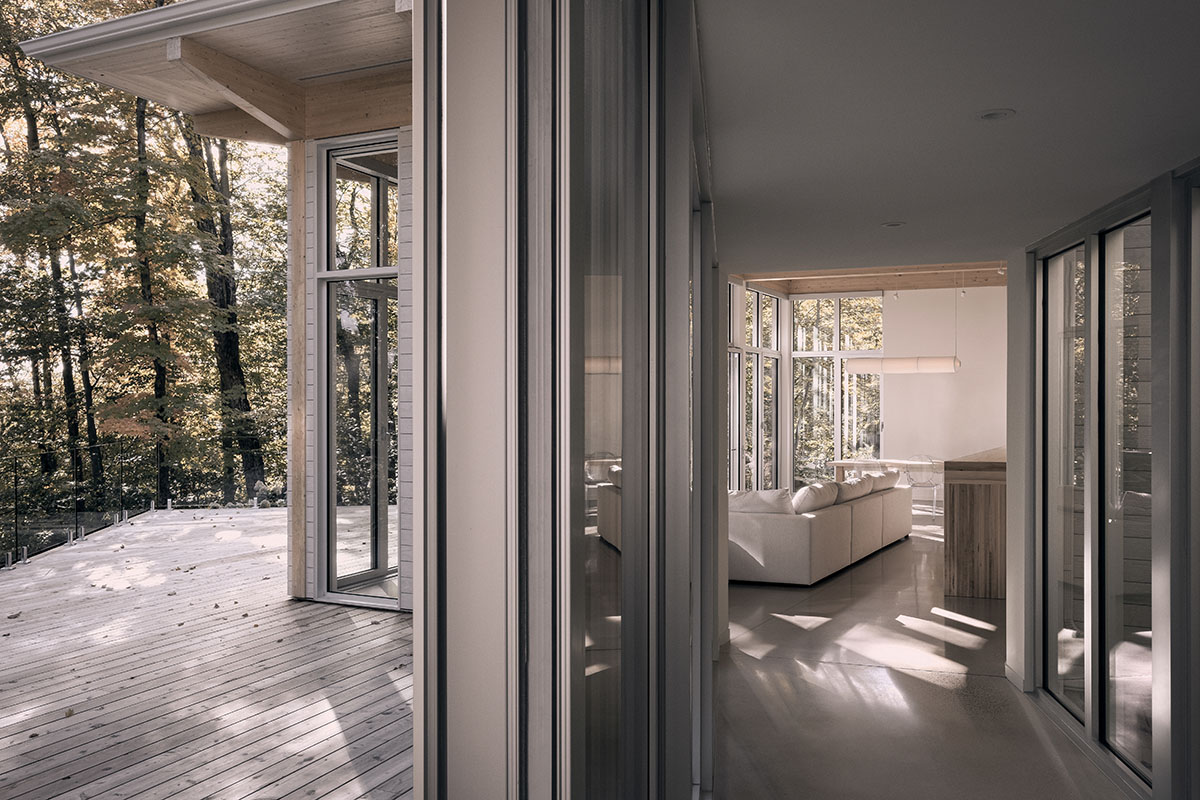 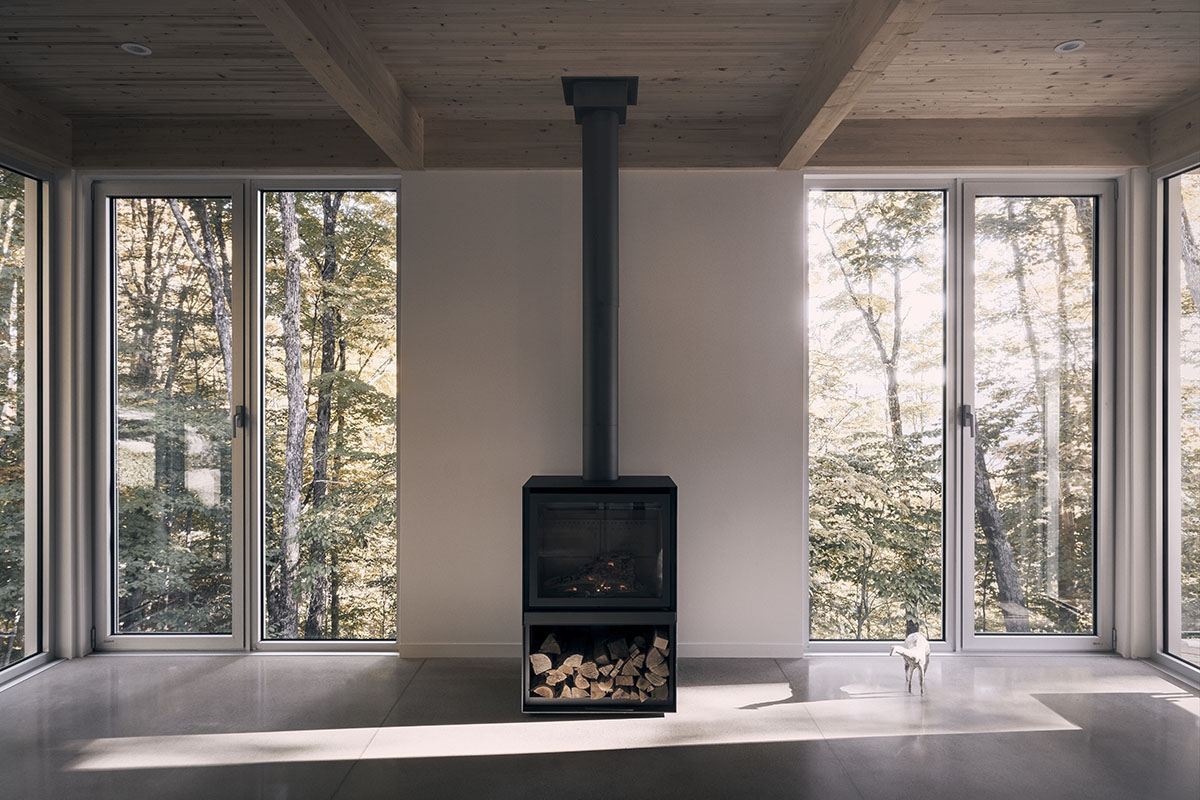 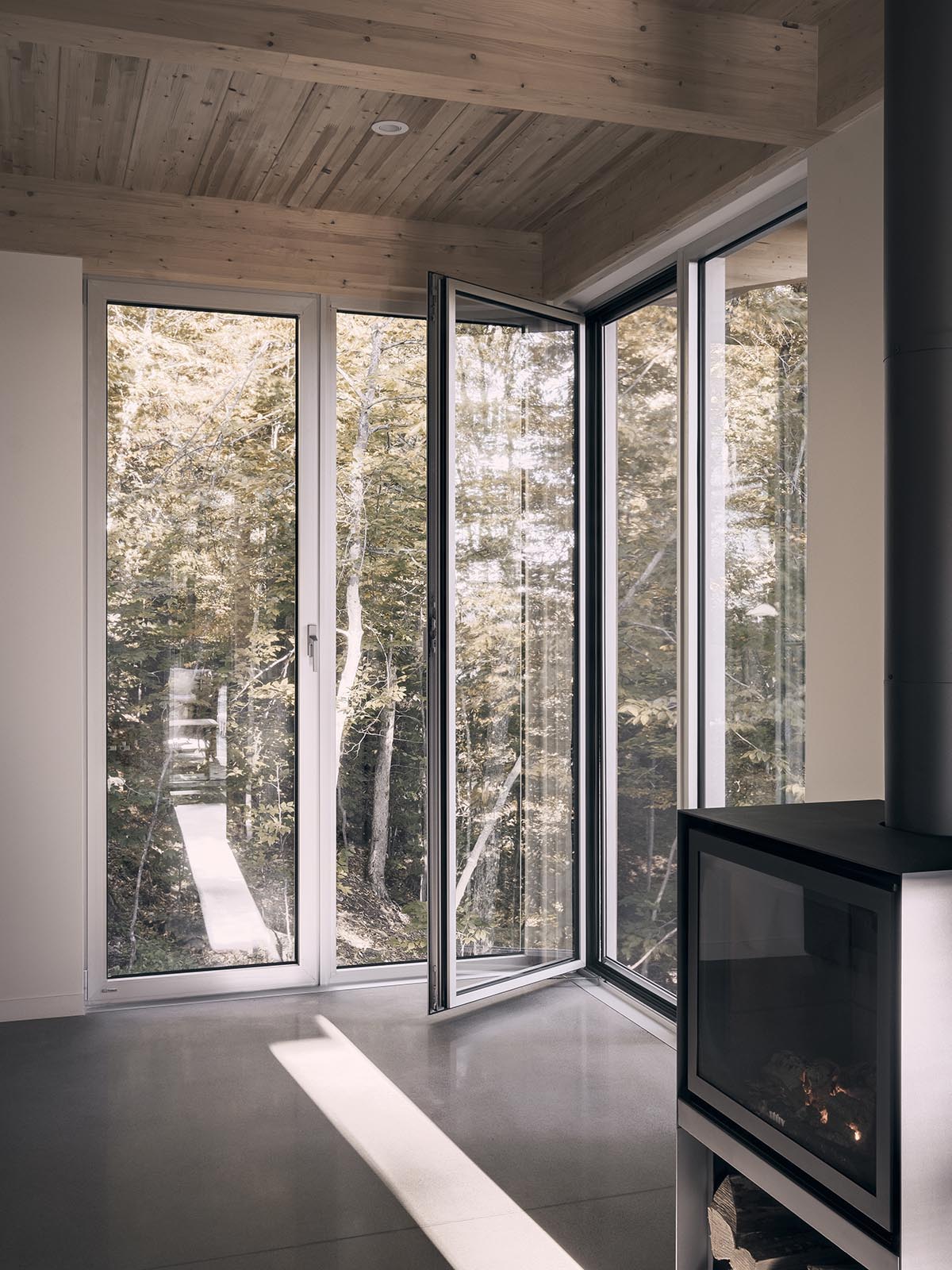 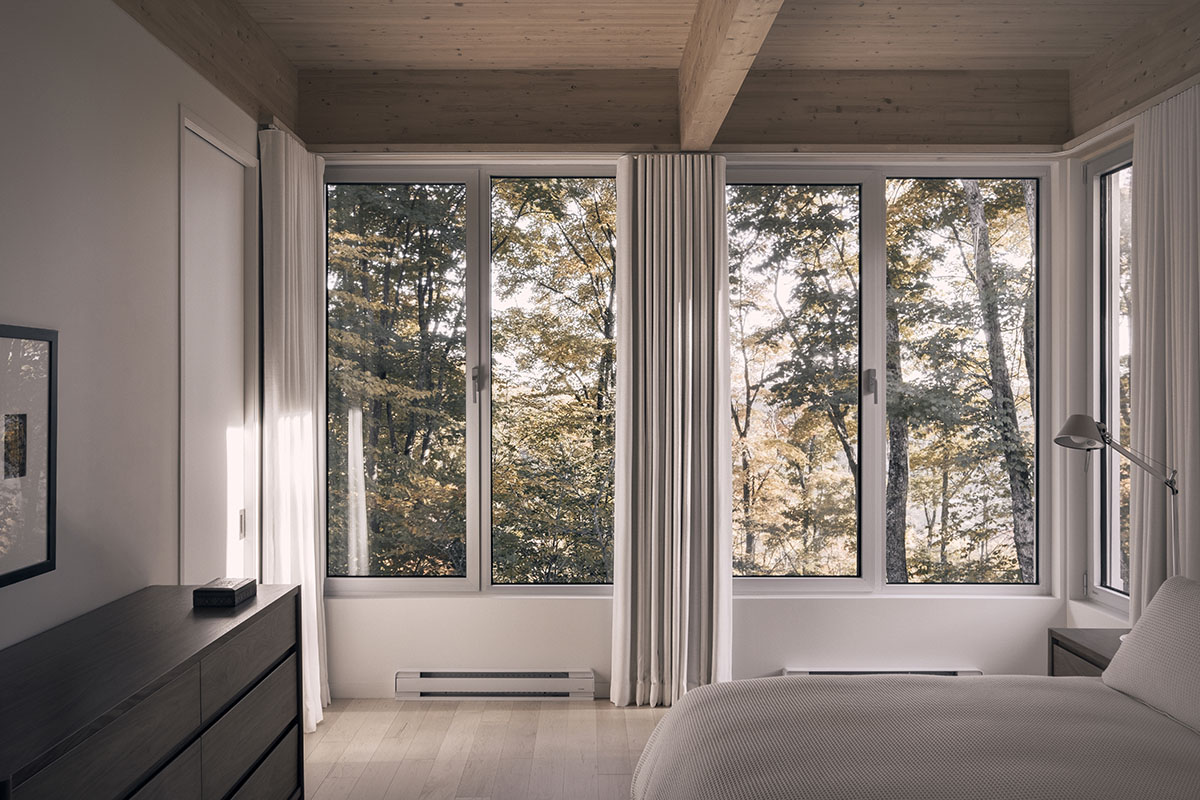 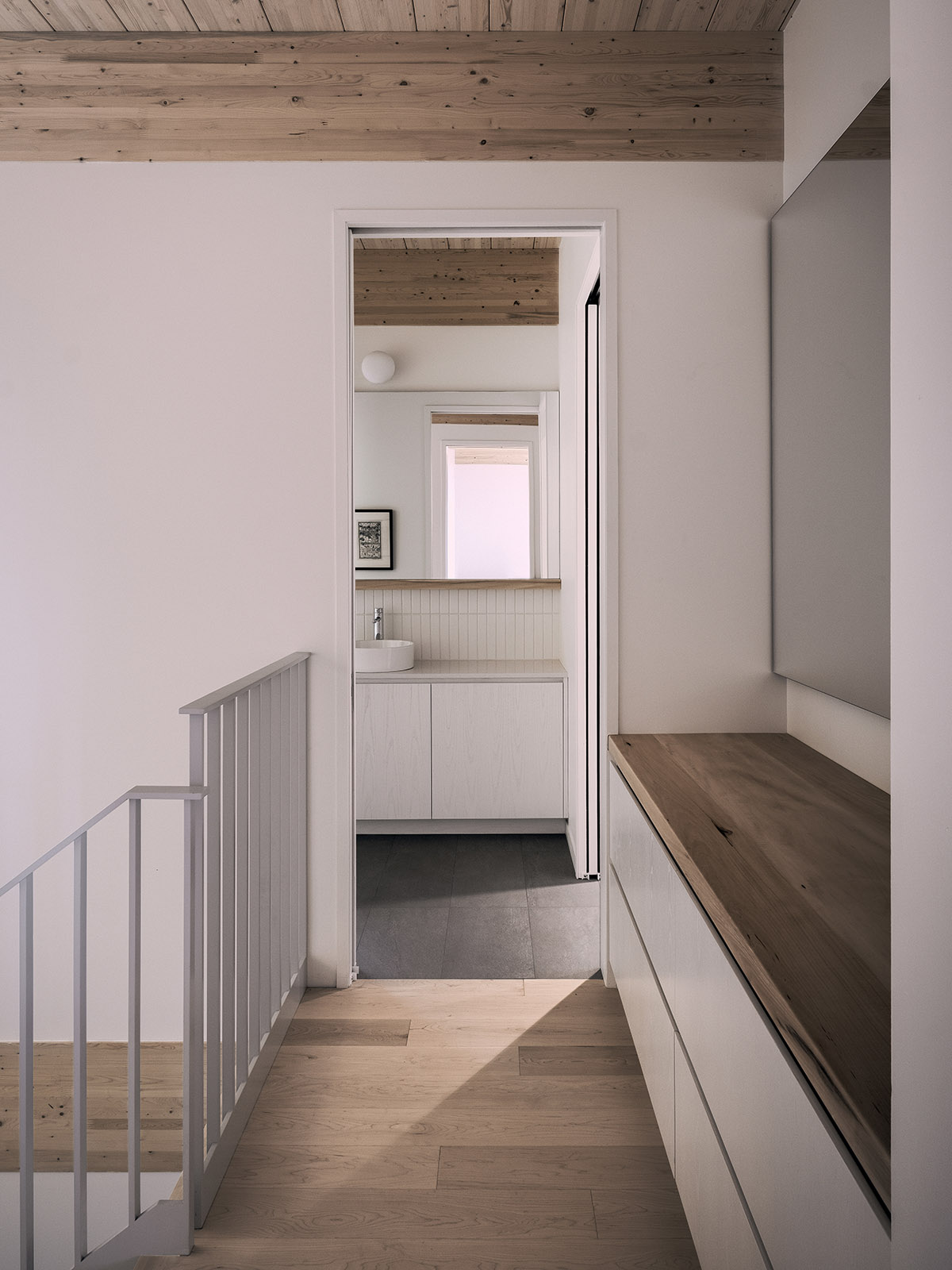 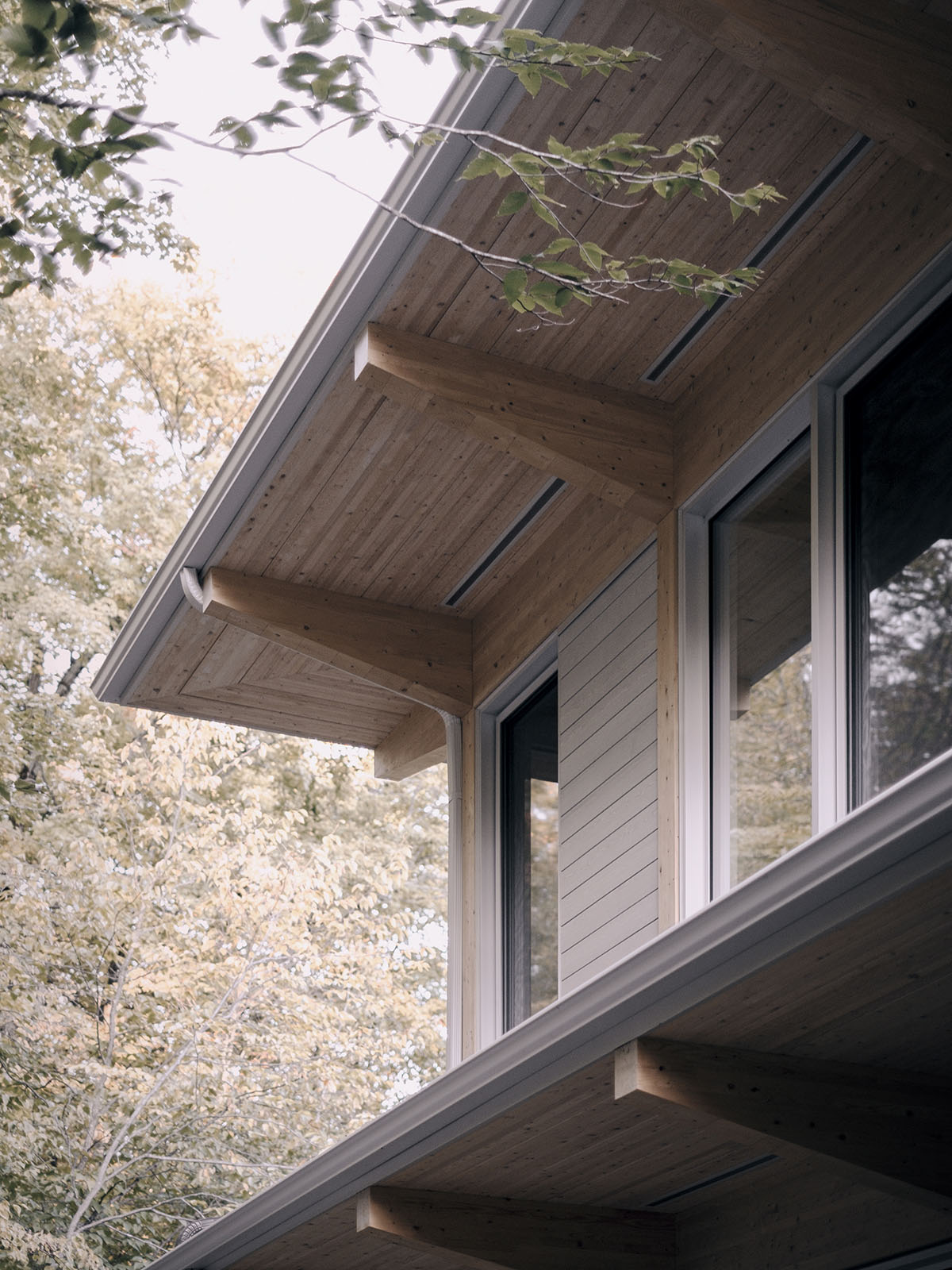 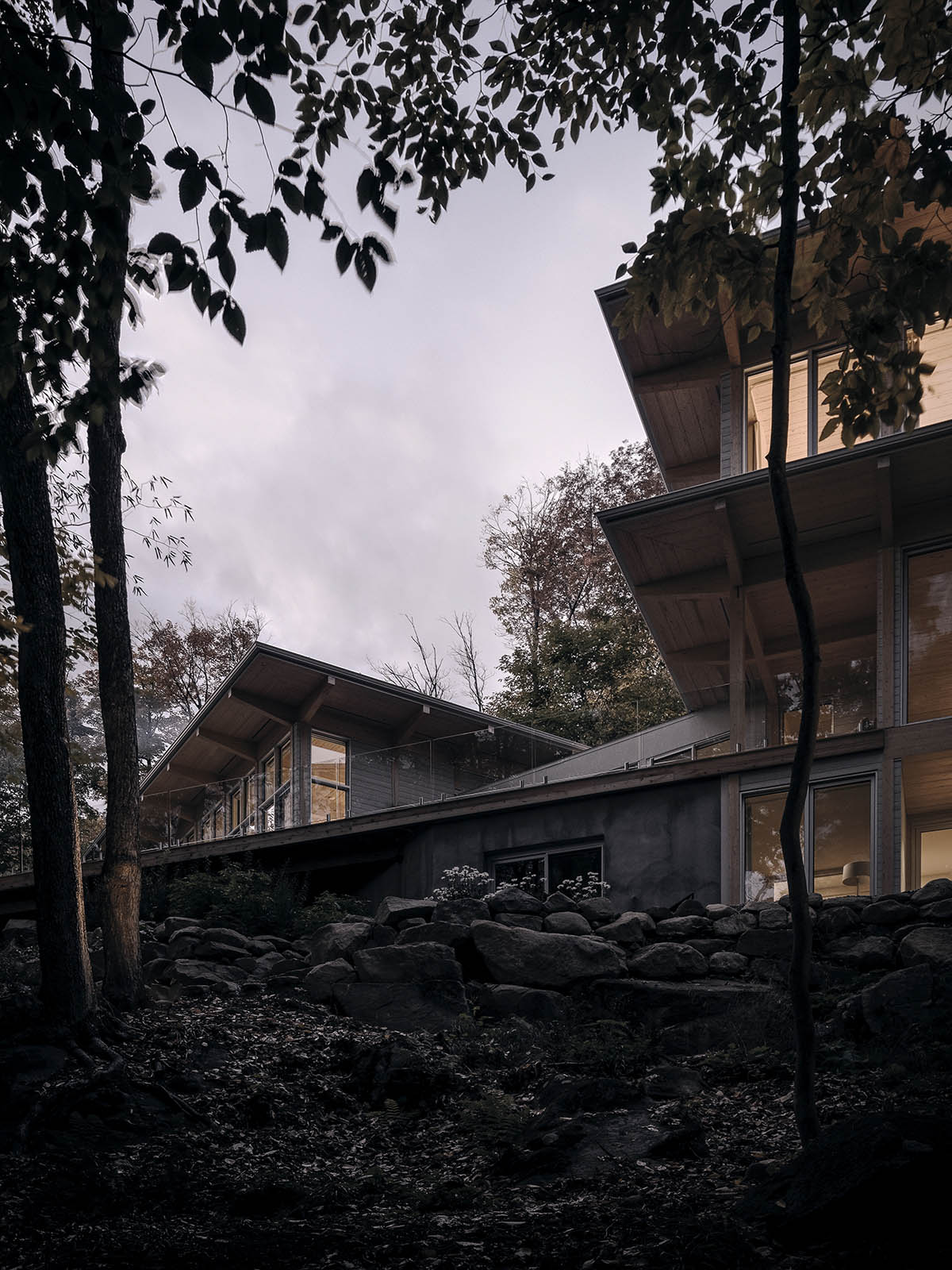 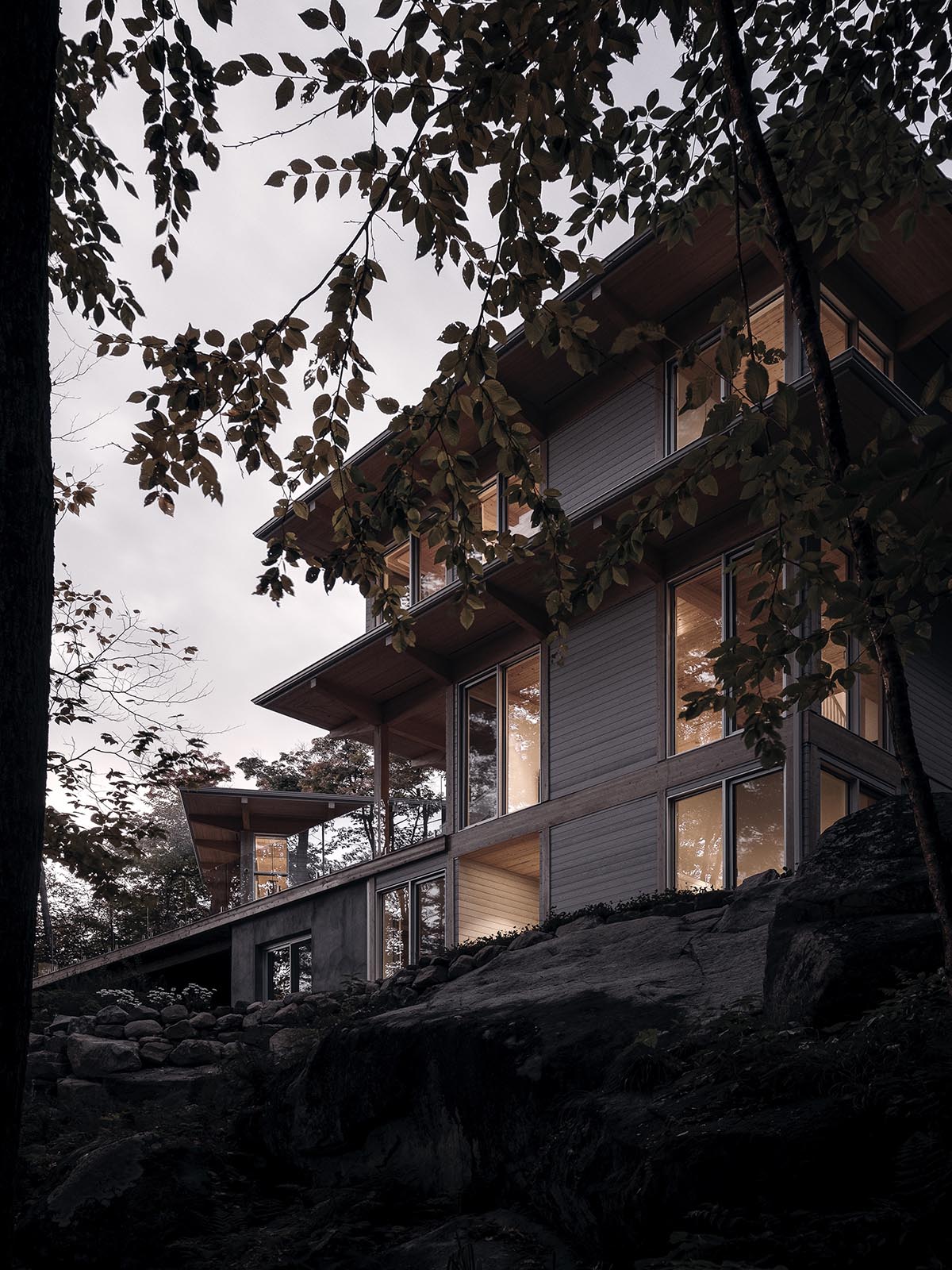 Alain Carle Architecte was founded in 2000 by Alain Carle. The firm produces architectural and urban design projects on different scales for public and private bodies.