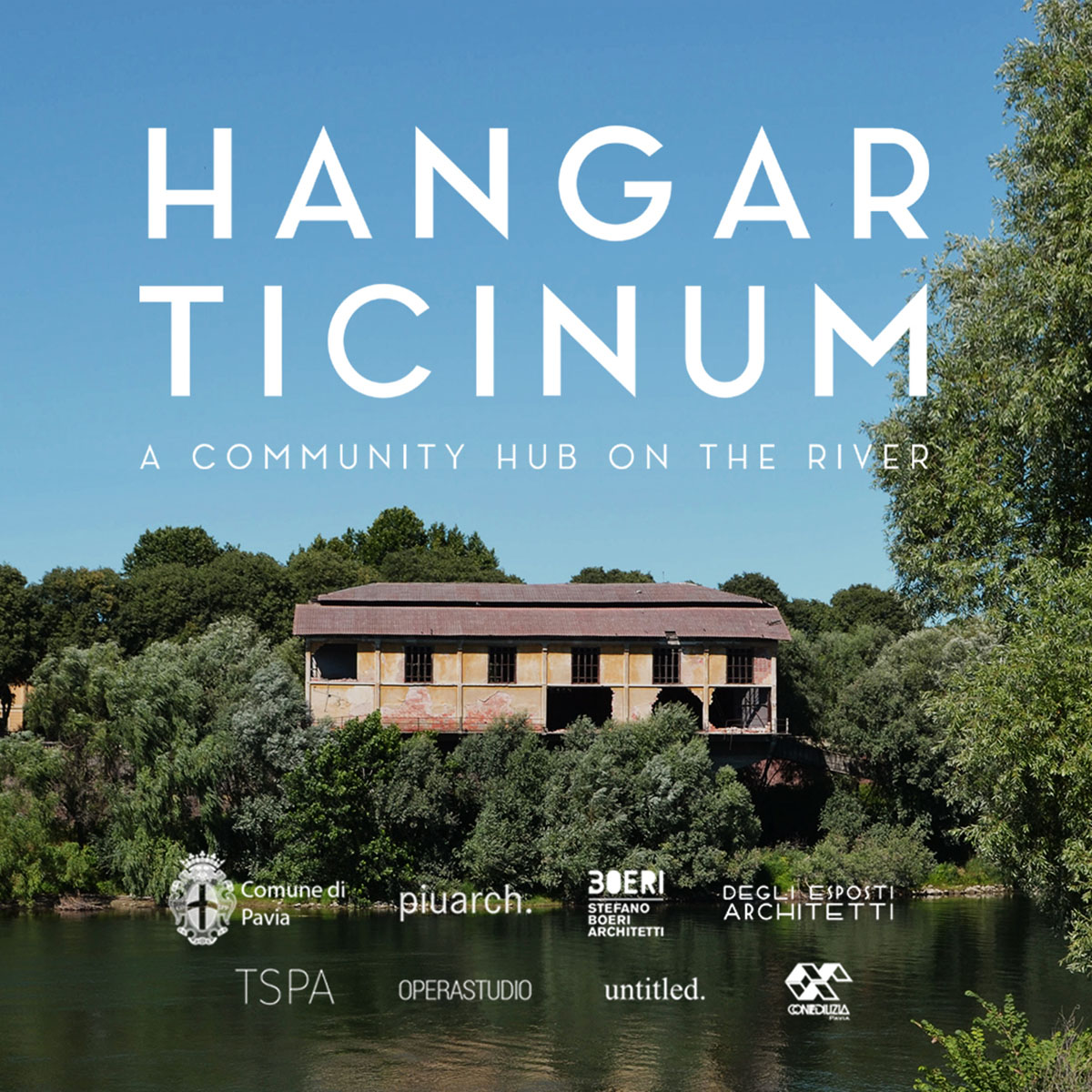 TerraViva Competitions launches HANGAR TICINUM, a new architecture competition focused on the transformation of an Italian abandoned hydroplane base into a community hub for the local citizens. Prizes up to 10.000 € will be awarded to the winners selected by an international jury panel composed by, among others, German Fuenmayor (Piuarch), Anastasia Kucherova (Stefano Boeri Architetti) Lorenzo Degli Esposti (Degli Esposti Architetti), Filippo Imberti (TSPA).

Pavia is a charming Italian city of around 70.000 inhabitants, located along the banks of the Ticino river and just 30 km away from Milan. During the twentieth century, like many other towns in the north of Italy, it experienced various moments of economic prosperity, enriching its urban fabric with a large number of industrial activities and strategic infrastructural facilities.

The traces of that productive past are in most cases still visible today, and certainly the most intriguing Pavese ruin still stands perched on the riverside at the gates of the historical centre: “The Idroscalo”.

Abandoned and surrounded by dense spontaneous vegetation, today the building presents itself as a real enchanted ruin waiting to be rediscovered.

Hangar Ticinum encourages participants to submit creative and innovative design proposals, challenging them to imagine a full recovery of the disused hydroplane base with the ambition of restoring the importance and centrality it once had.

The unquestionable historical and artistic value of the building, the uniqueness of the architectural typology and the worrying state of decay in which the structure has been for decades, are just some of the reasons that would urgently require its recovery.

The competition explicitly requires full attention to the social and cultural aspects of the project, encouraging designers to work on a program linked to an everyday use, open particularly to the youngest generations and generally to the entire local community.

How would it be possible to transform the hangar into a community hub lived 7 days a week? What kind of uses could be successful in obtaining the long-awaited rebirth?

Participants are thus invited to experiment openly without any fear of the existing building, testing an infinite number of possible innovative design solutions. Both the more conservative proposals, characterized by a more discreet and respectful approach to the original project, and the more ambitious and visionary ones, defined by more radical interventions, will be equally accepted.

The project does not necessarily have to be limited only to the redevelopment of the interior spaces: in fact, changes and additions are also allowed on the envelope and on the external areas (both at the street and the river level).

Competitors have to submit two A1 panels (59,4 x 84,1 cm) landscape oriented + a brief text describing the proposal (up to 250 words). Panels must contain all the necessary graphic information to explain the project in the best way possible (title, diagrams, sketches, 3D visualizations, plans and sections, collages, model photos, etc.). All kinds of graphic representations will be accepted.

The competition is open to students, architects, designers, urbanists, engineers, artists, makers, activists and anyone interested in the fields of design and architecture. Participants can join the competition either individually or with a team.