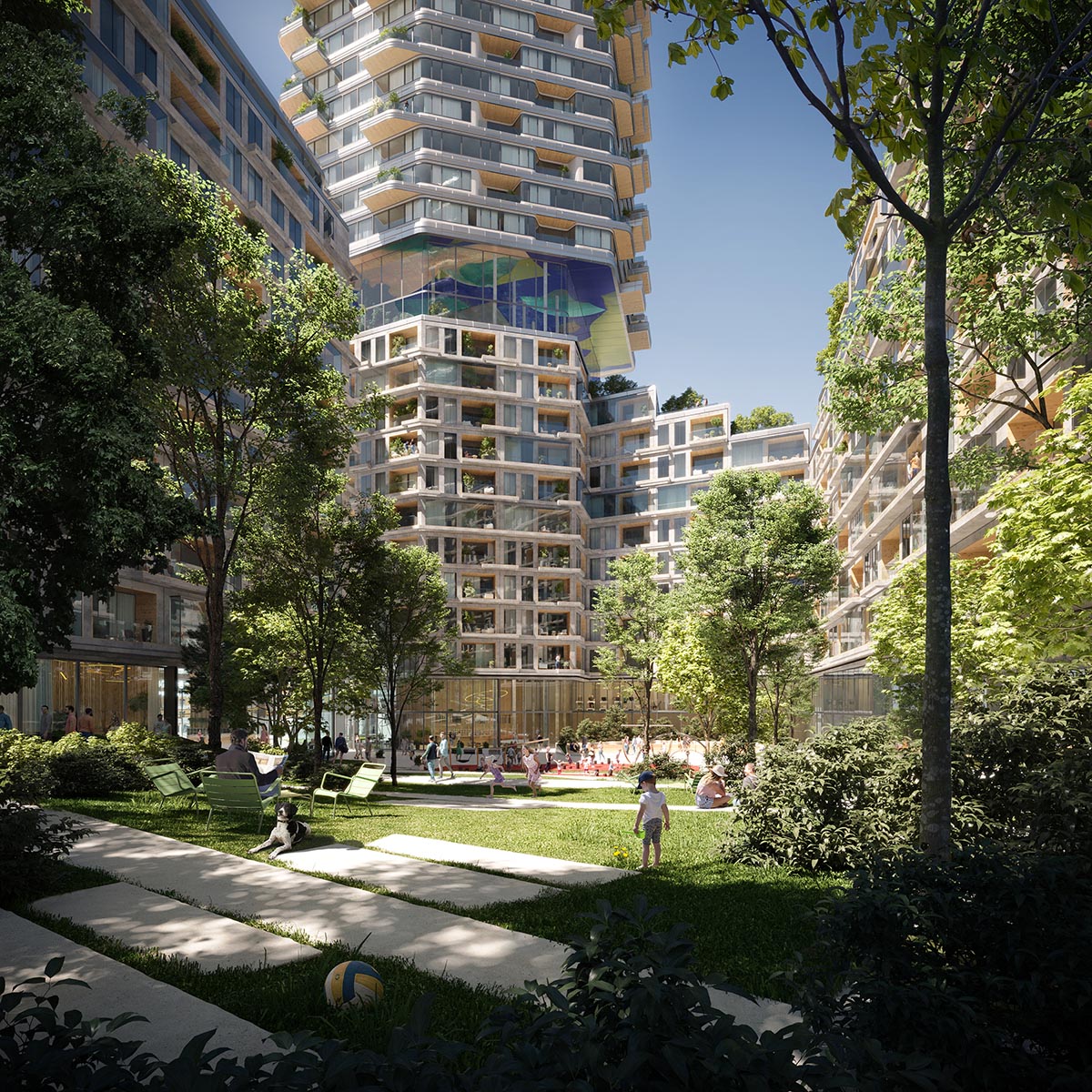 UNStudio has won an international competition to design a community-focued residential complex in Moscow, Russia.

Called K31 Courtyard, the new 118,000-square-metre residential complex is set to be built at 31 Krzhizhanovskogo Street in Moscow.

As UNStudio explains, the international competition was formulated and organised by Citymakers for project developer Glavstroy, who requested a design that incorporates the historical heritage of the region and contributes to the formation of a local community.

The new proposal will be multifunctional 1.93-hectare complex, including a courtyard park, 71,000 square meters of housing, a kindergarten, fitness center, commercial spaces and underground parking. 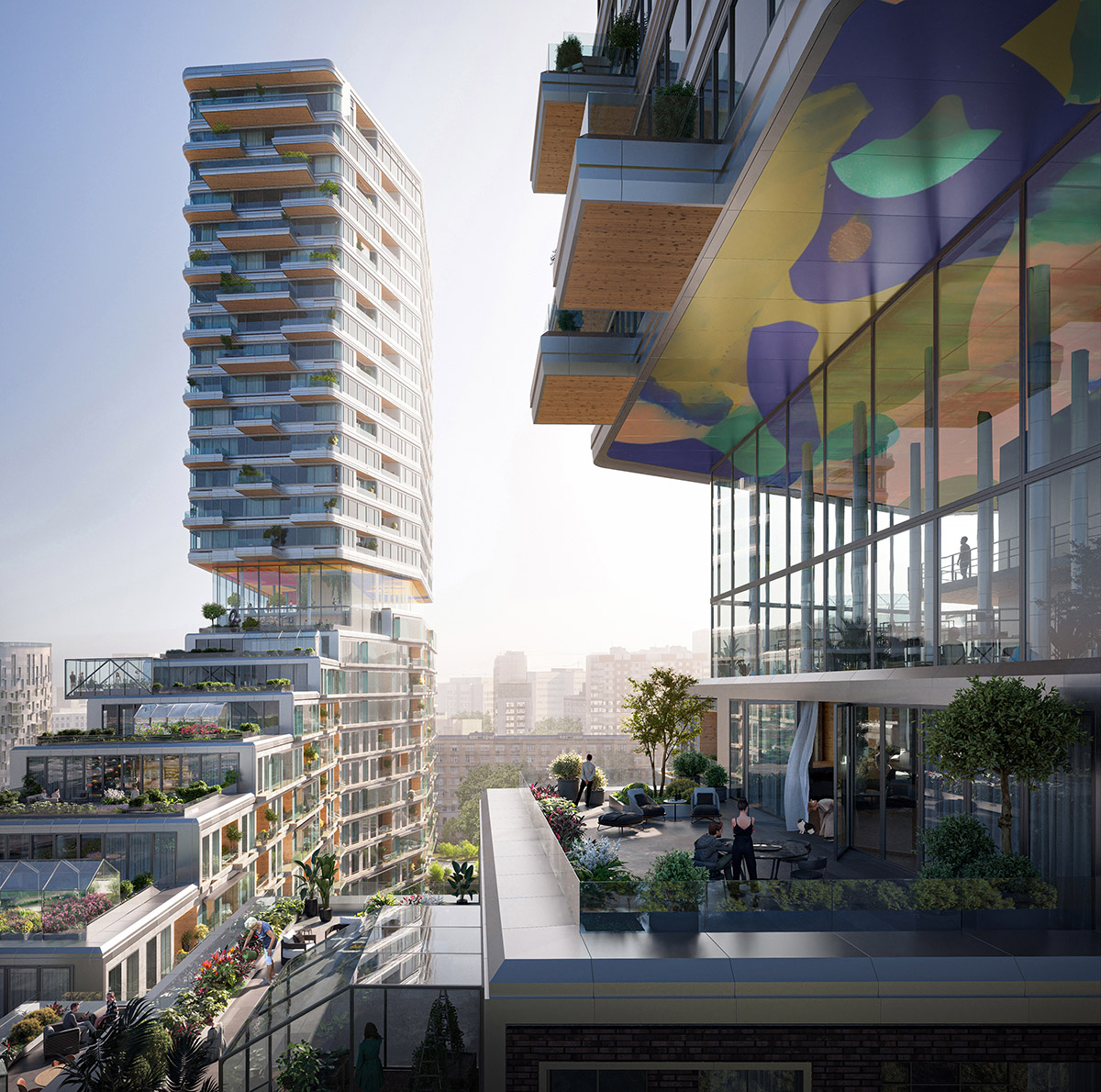 In recent years, following the approval of a new masterplan for the city in 2012, the area allows residential construction on the former industrial territories, Moscow is currently experiencing a construction boom in the residential sector. "As a result, the city’s appearance is changing into that a modern Megalopolis. However, this growth brings with it many modern challenges, one of which is the creation of sustainable and healthy communities," said UNStudio.

K31 Courtyard is aimed to exploit the most advantageous qualities of the 1.93-hectare site to address the challenges of community building within a dense urban setting. 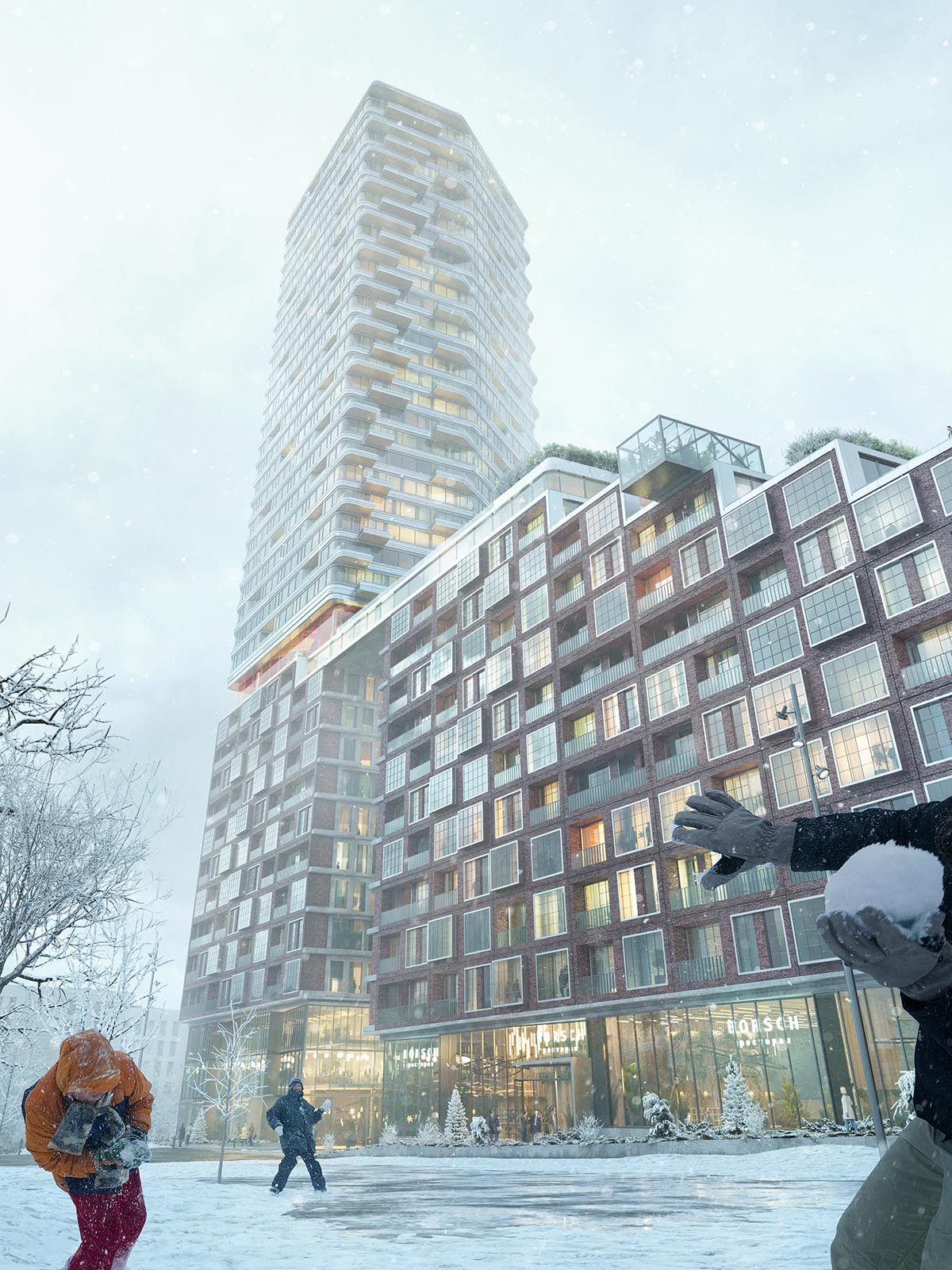 UNStudio's project is designed to be "a prototype of future living" that takes the wellbeing of the residents into the core of the project. In this sense, the complex encourages indoor-outdoor living, cultivates an atmosphere of home and safety, and provides a range of sustainable social opportunities in this rapidly changing urban environment.

K31 Courtyard proposes two typical residential building typologies: a stepped podium which surrounds a private courtyard, and two towers that face each other diagonally in such a way as to provide the best possible view corridors for all the residents and enable increased daylight for the apartments.

While the podium design, which will have its stepped terraces, is envisioned to provide sufficient sunlight for the apartments that face the inner courtyard. 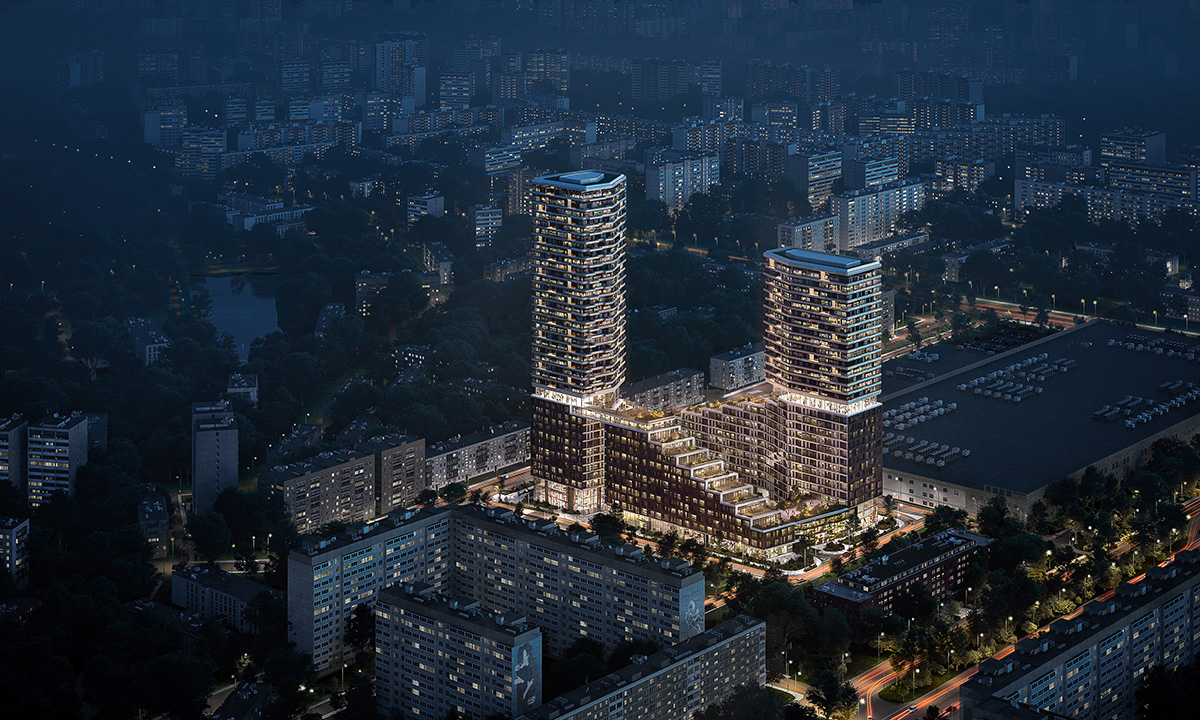 These stepped terraces will also create a unique feature for this residential project, as they can be used for additional amenities for the adjoining apartments. The development will offer a wide range of apartment types and layouts to address the needs of different residents.

"Typology division is made in such a way that it minimises the separation of different social groups, while entrances and common spaces are shared by all," said UNStudio.

"The main amenities are also located on the threshold between apartment types."

"In combination with the possibility to use of the outdoor terraces on the stepped podium, the design for K31 Courtyard encourages residents to enjoy outdoor living throughout the year and to create an open neighbourhood in the sky and a lively new addition to the Moscow skyline." 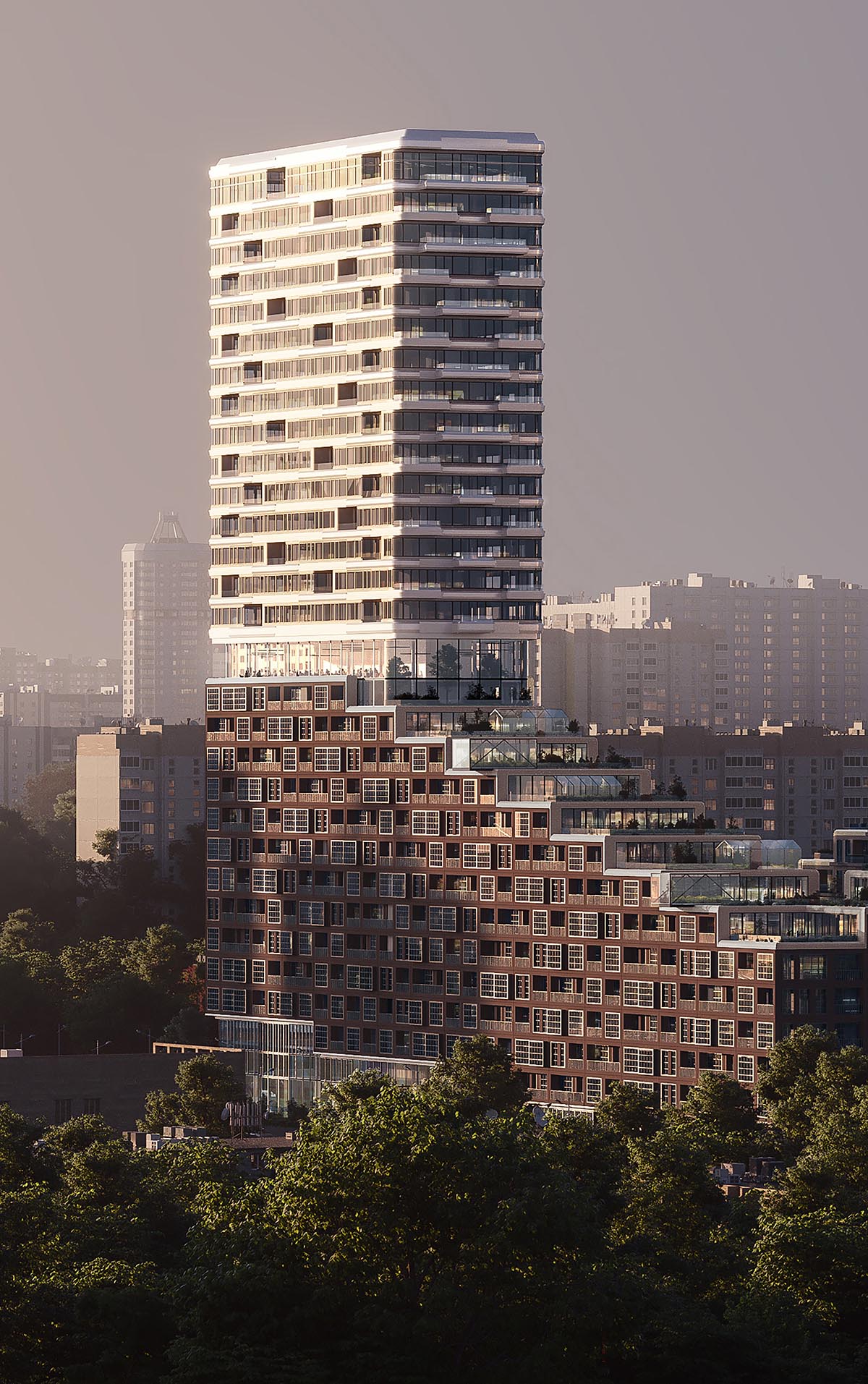 Community-focused architecture will be in the heart of Moscow

According to UNStudio, in K31 Courtyard, the project focuses on ‘a neighboorhood’ concept with multiple dimensions.

Taking cues from the old-style Moscow courtyard, which was quiet and private, while also being accessible and safe, the project is designed to extend horizontally and connect to the city by means of the transparency and impermeability of the ground level.

Playgrounds and green recreation spaces in the courtyard will also visually be connected to pedestrian routes on the outer perimeter of the block.

UNStudio states that "neighbourhoods can also develop vertically to promote connections between people who live around the same stairwell by means of shared intermediate amenity spaces, while two dedicated communal areas can be found on top of the podium at the foot of each tower."

"These areas accommodate co-working spaces, sport facilities and a clubhouse for residents." 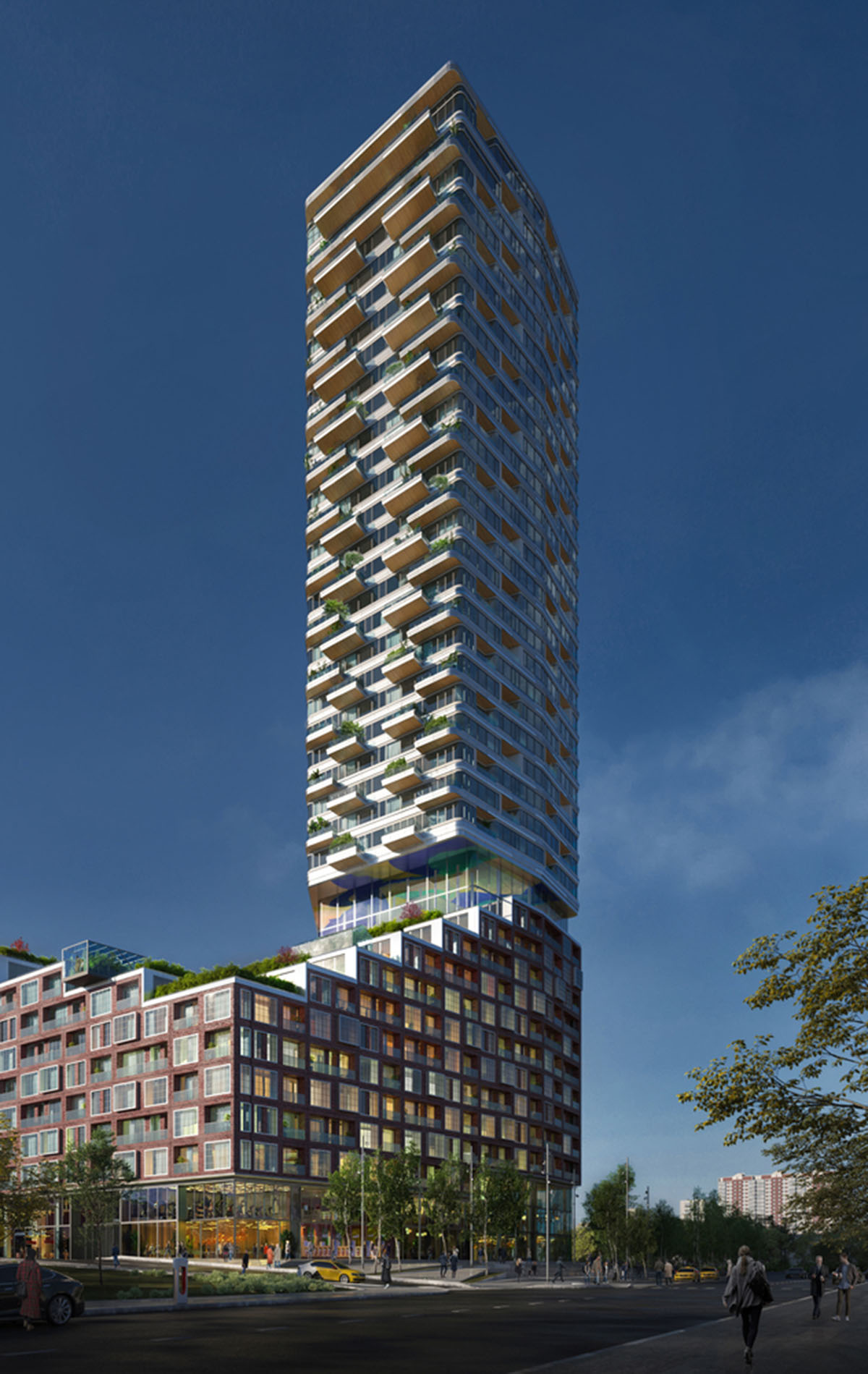 The stepping roof terraces create a further diagonal neighbourhood, where the roof apartments on the podium can be personalised by adding curated terrace units such as verandas, orangeries or greenhouses.

The project features an intricate variety in the facade design, the façade design is achieved through the use of a parametrically modelled modular system, which also enables circularity in the construction method.

To achieve this, the studio introduces a combination of modules with windows, bay windows, french balconies and standard loggias by using a strong grid. This results in increased apartment types, with numerous indoor-outdoor variations. 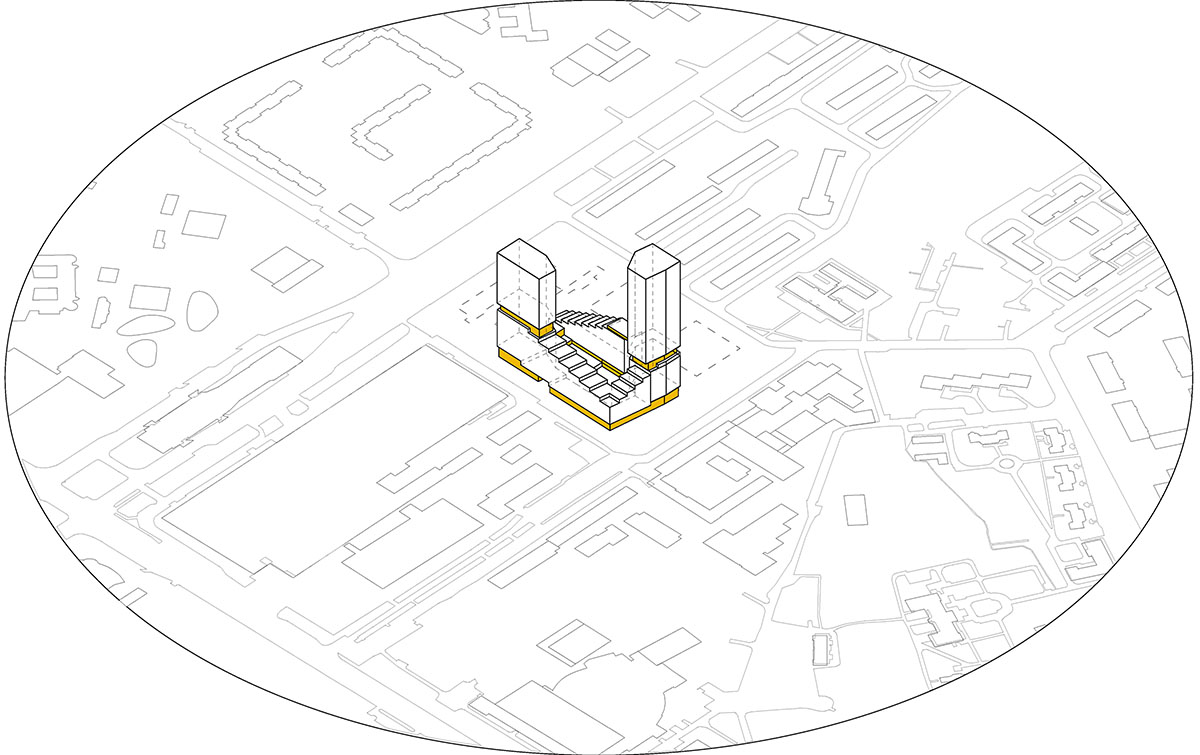 To enhance the strong characteristics of the podium and the two towers, the horizontal functional division is made recognisable in the facade design. The podium facade on the outer perimeter uses brick and black metal to resemble the surrounding buildings and preserve the heritage of the location as a former industrial territory.

The two towers that top the podium have panoramic windows and loggias. The light materialisation and colour of the towers, which includes large glazed reflecting surfaces, is designed to give a less weighty appearance. This is especially important when viewed from the courtyard, so that that the volumes of the towers appear to visually dissolve into the sky, thus increasing the sensation of an open inner space. 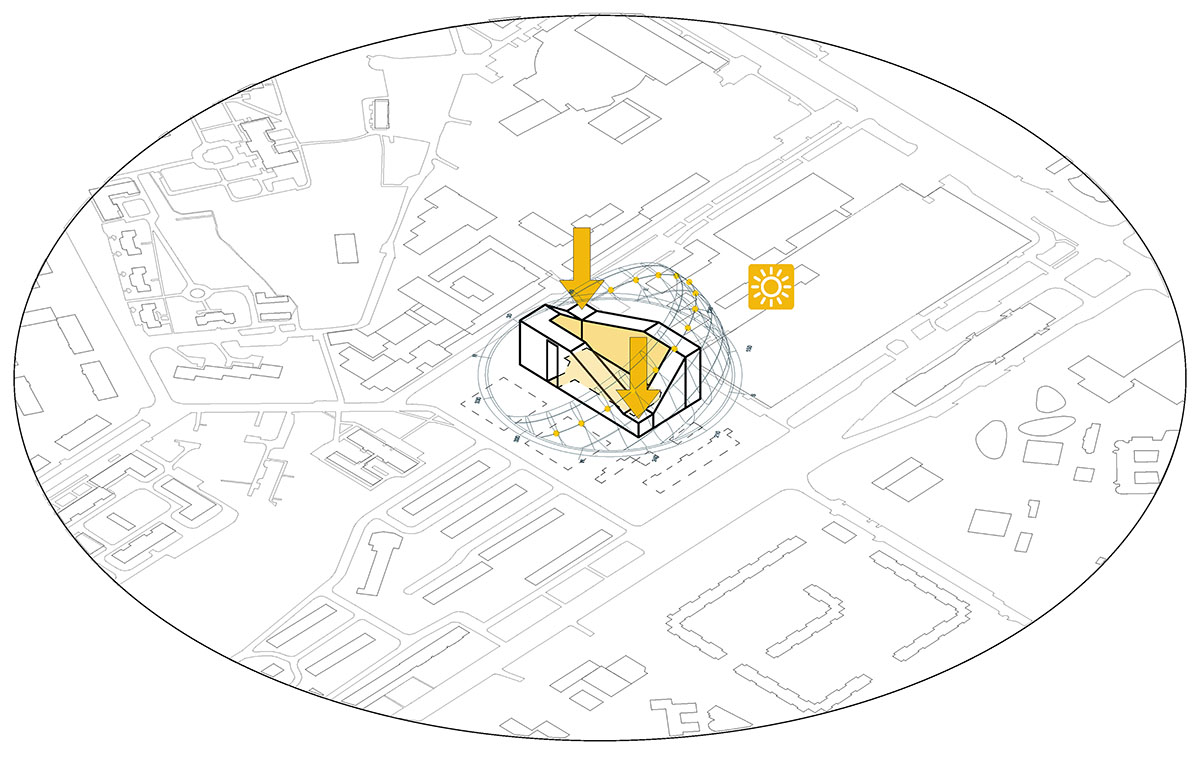 The inner facade of the courtyard employs a similar lightness to the tower volumes, with natural wood creating a strong connection to the green, tree-planted courtyard and a warm and comfortable atmosphere for the residents.

UNStudio has been awarded the further commissioning of the project by Glavstroy and will work closely with several local specialists on the implementation of the proposed design strategy. 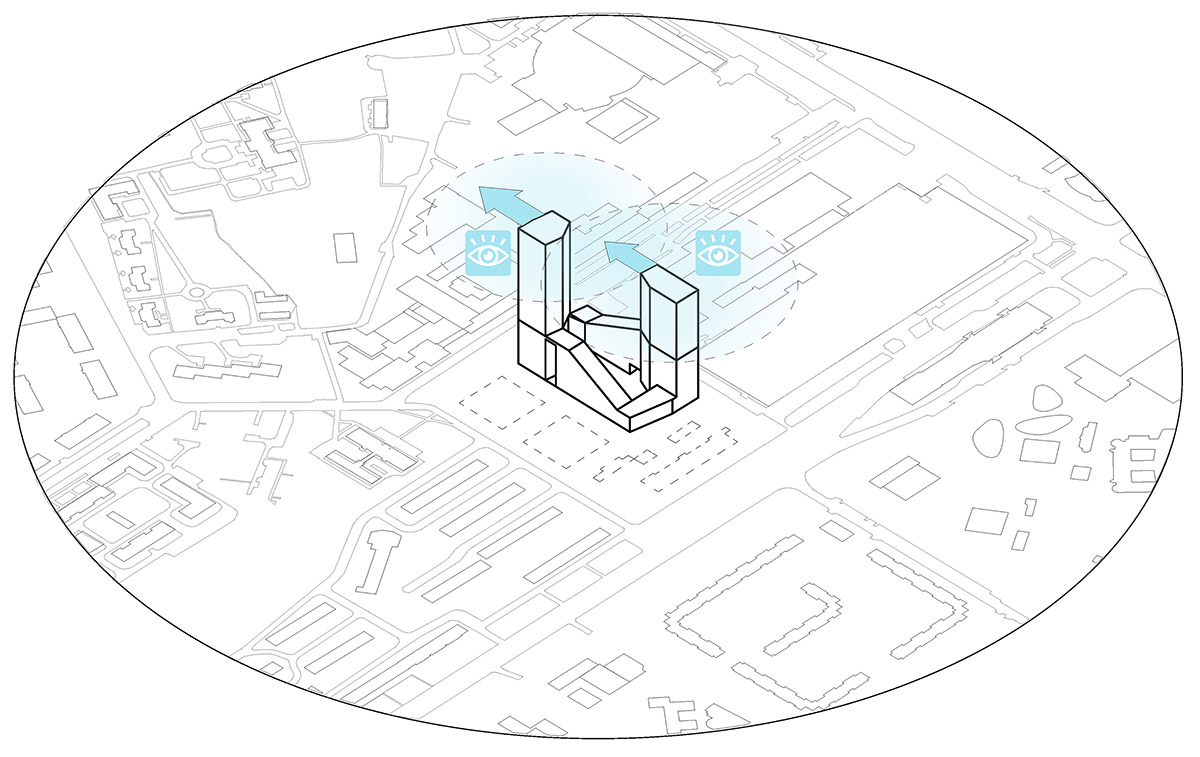 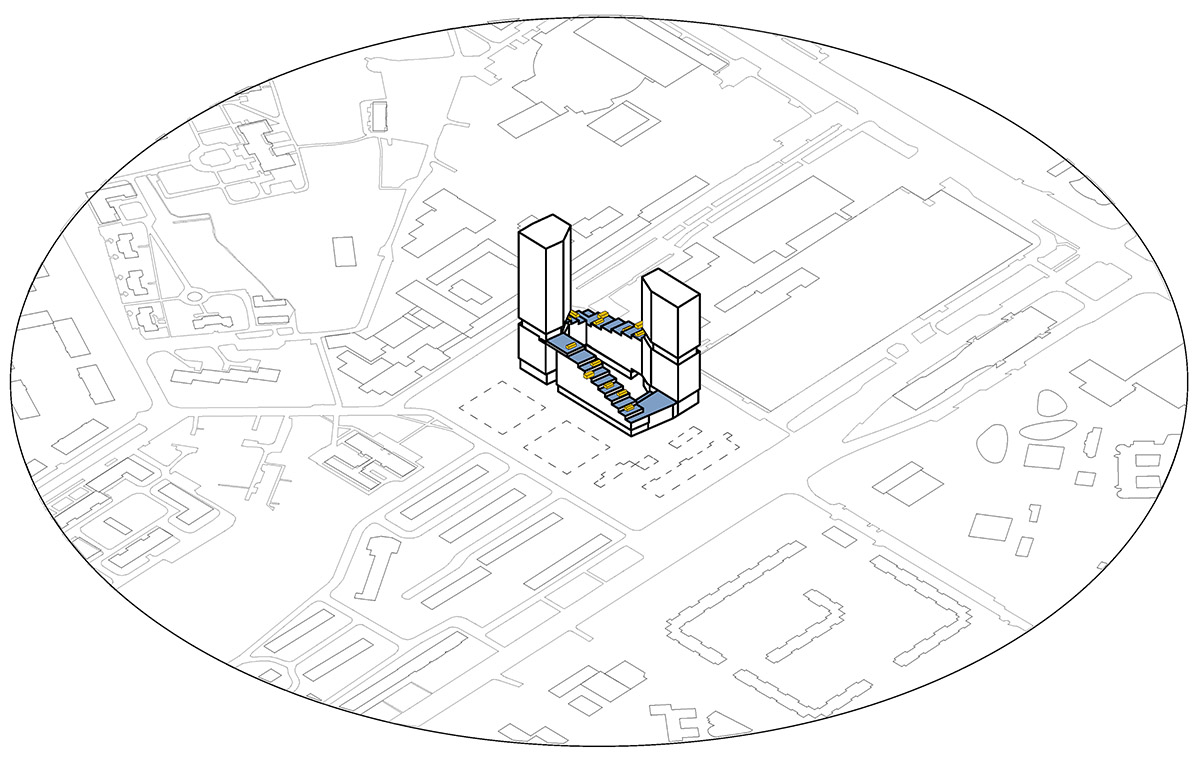 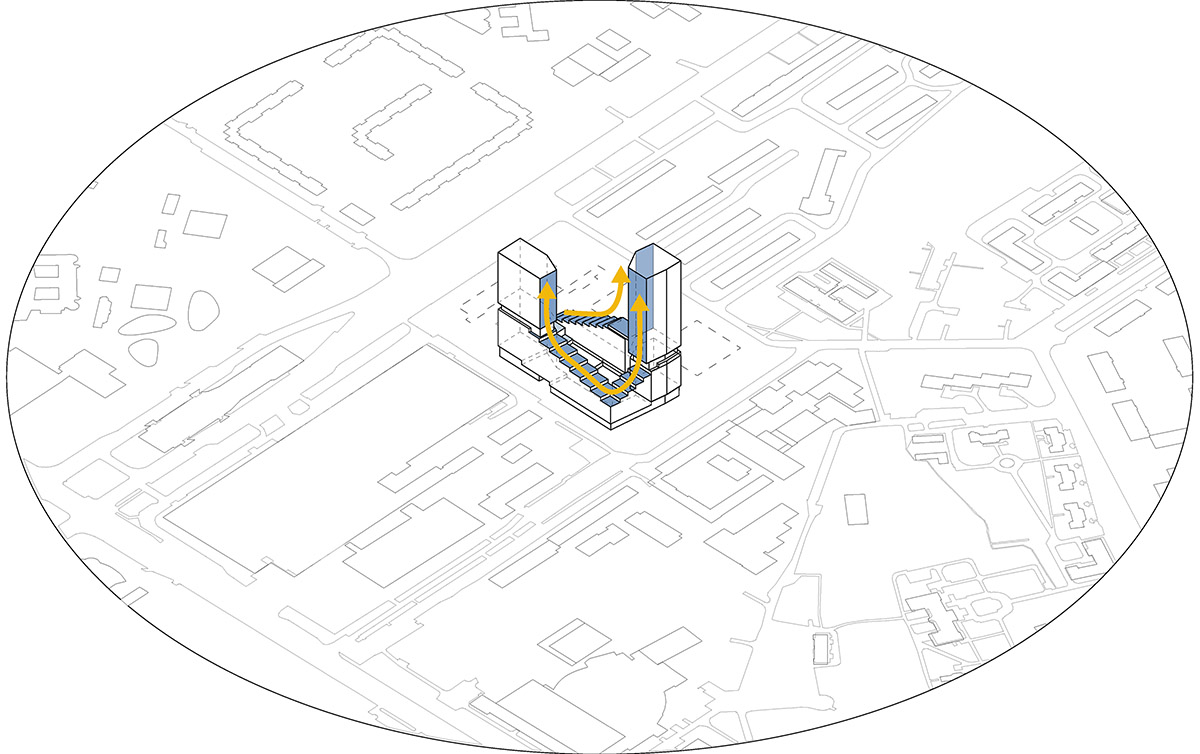 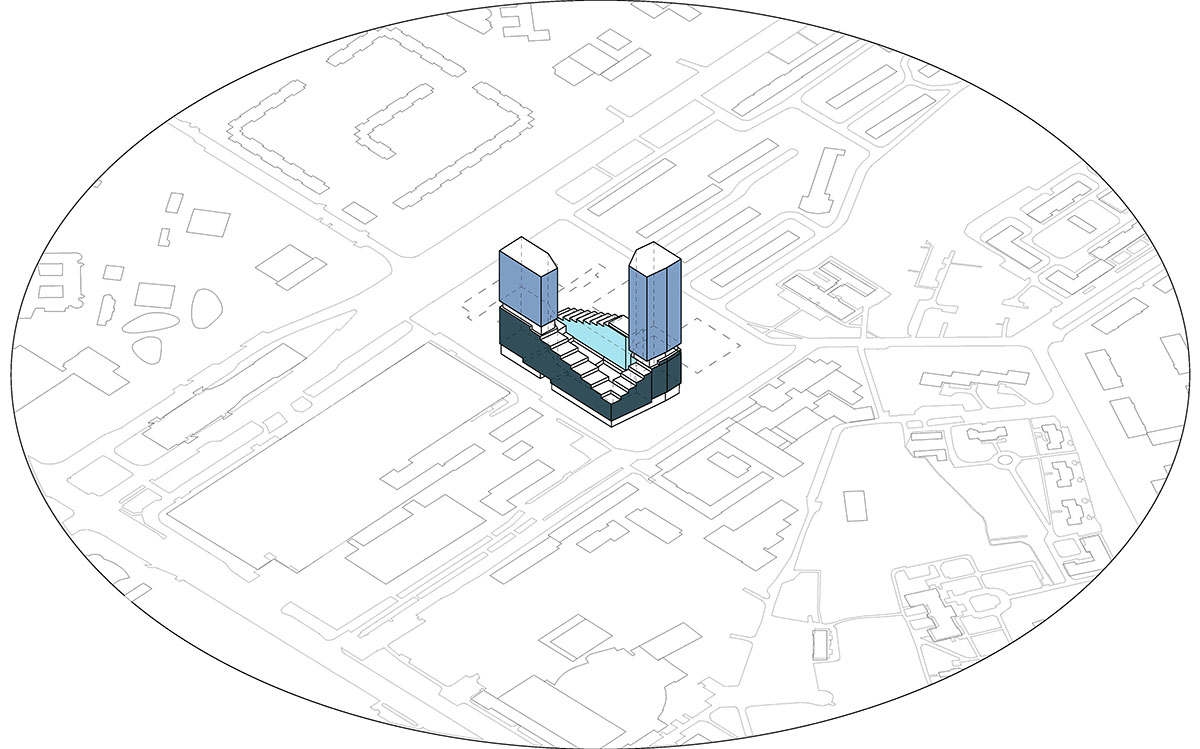 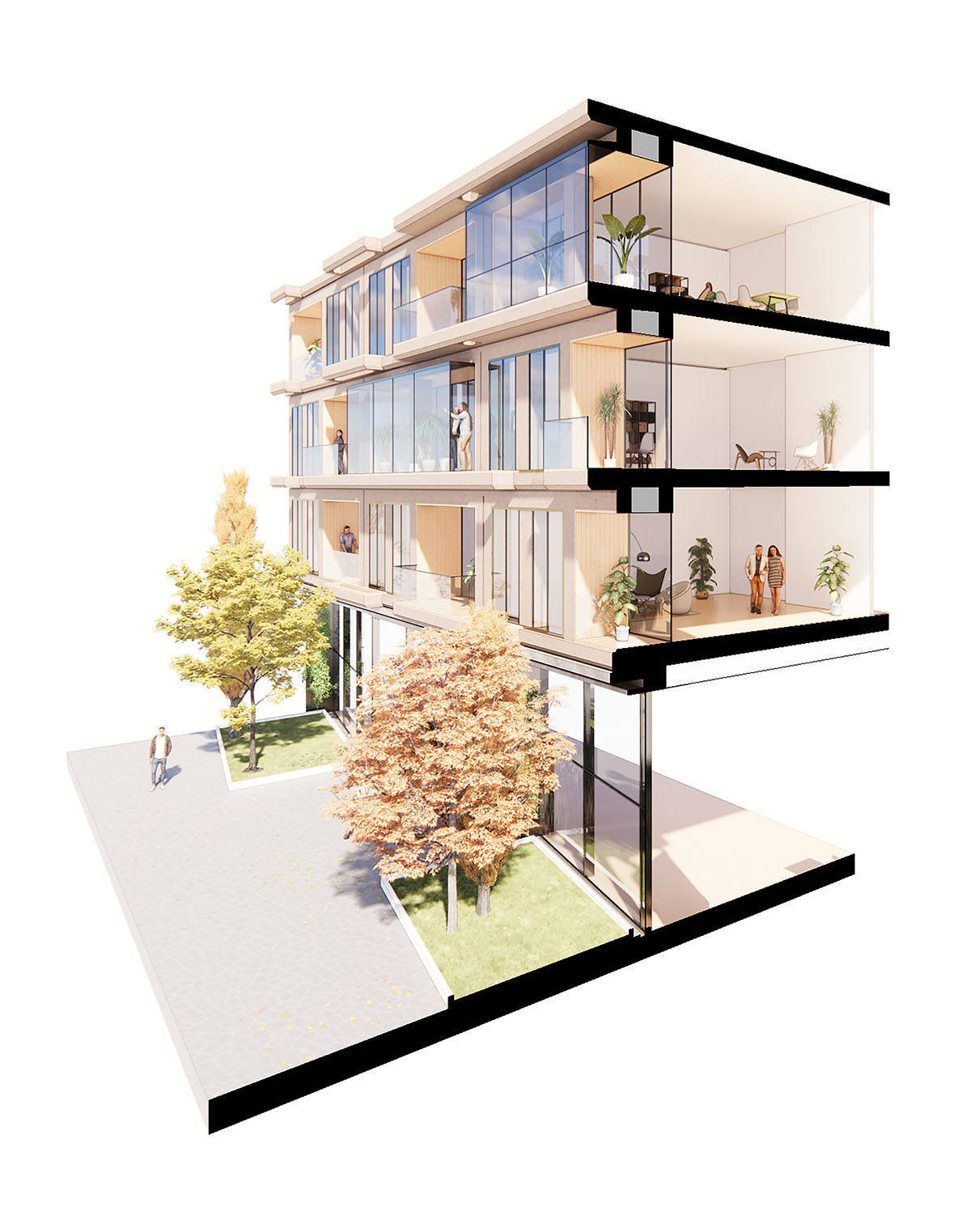 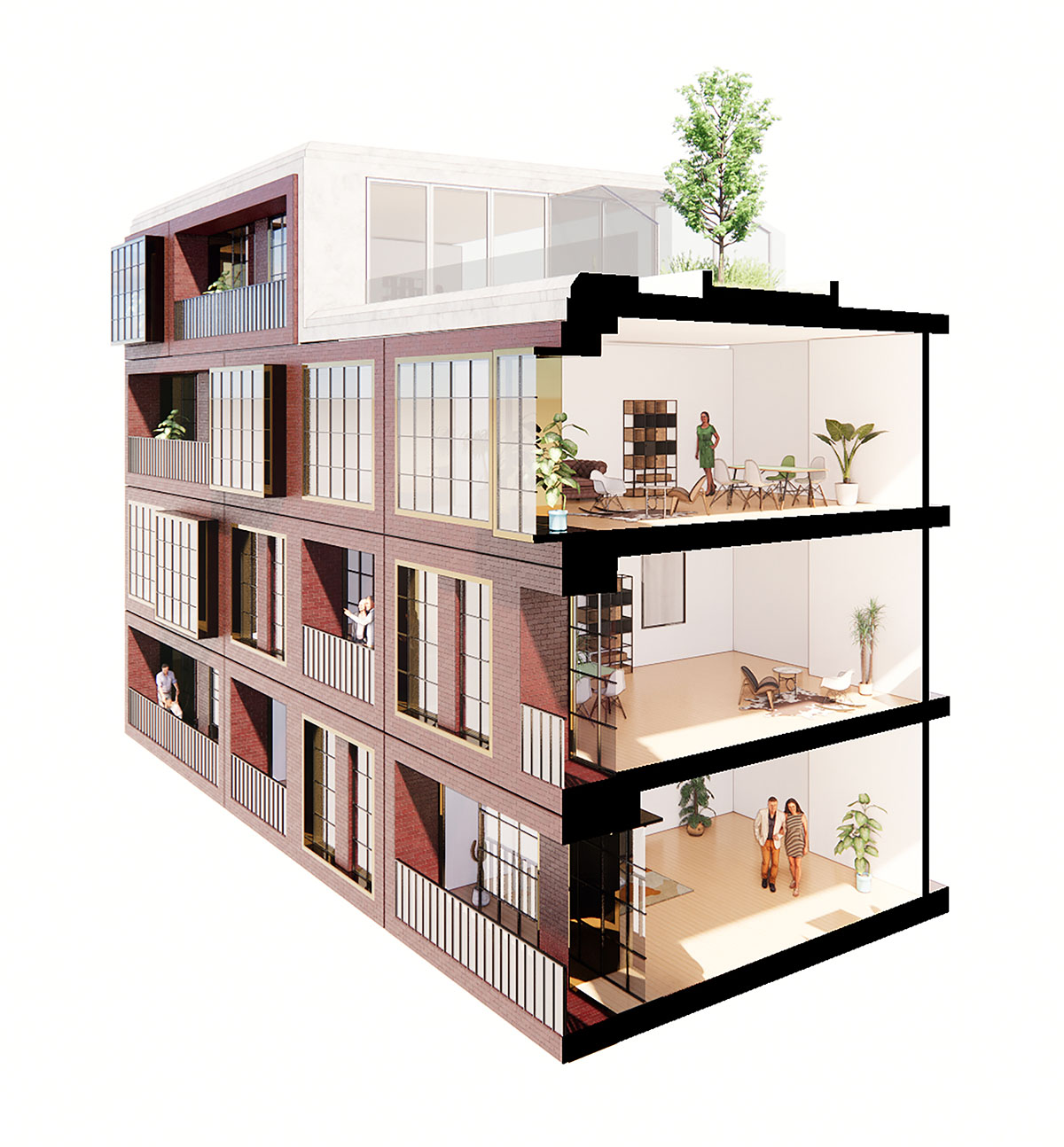 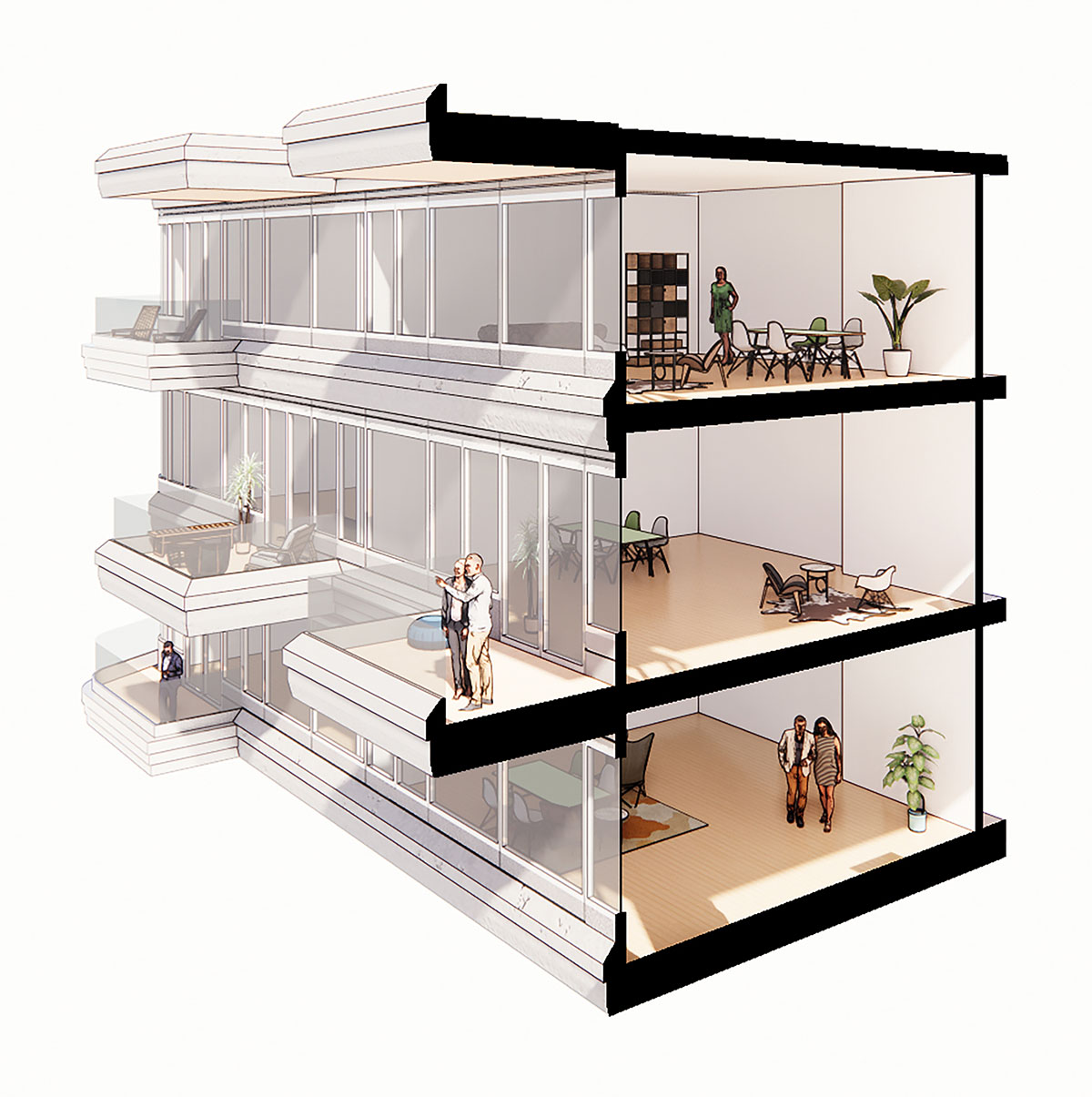 UNStudio is currently working on a new masterplan creating a superior, green, mixed-use neighbourhood in Seoul, South Korea. The firm is also working on an inclusive masterplan for Sochi Waterfront on the Russian Black Sea coast.