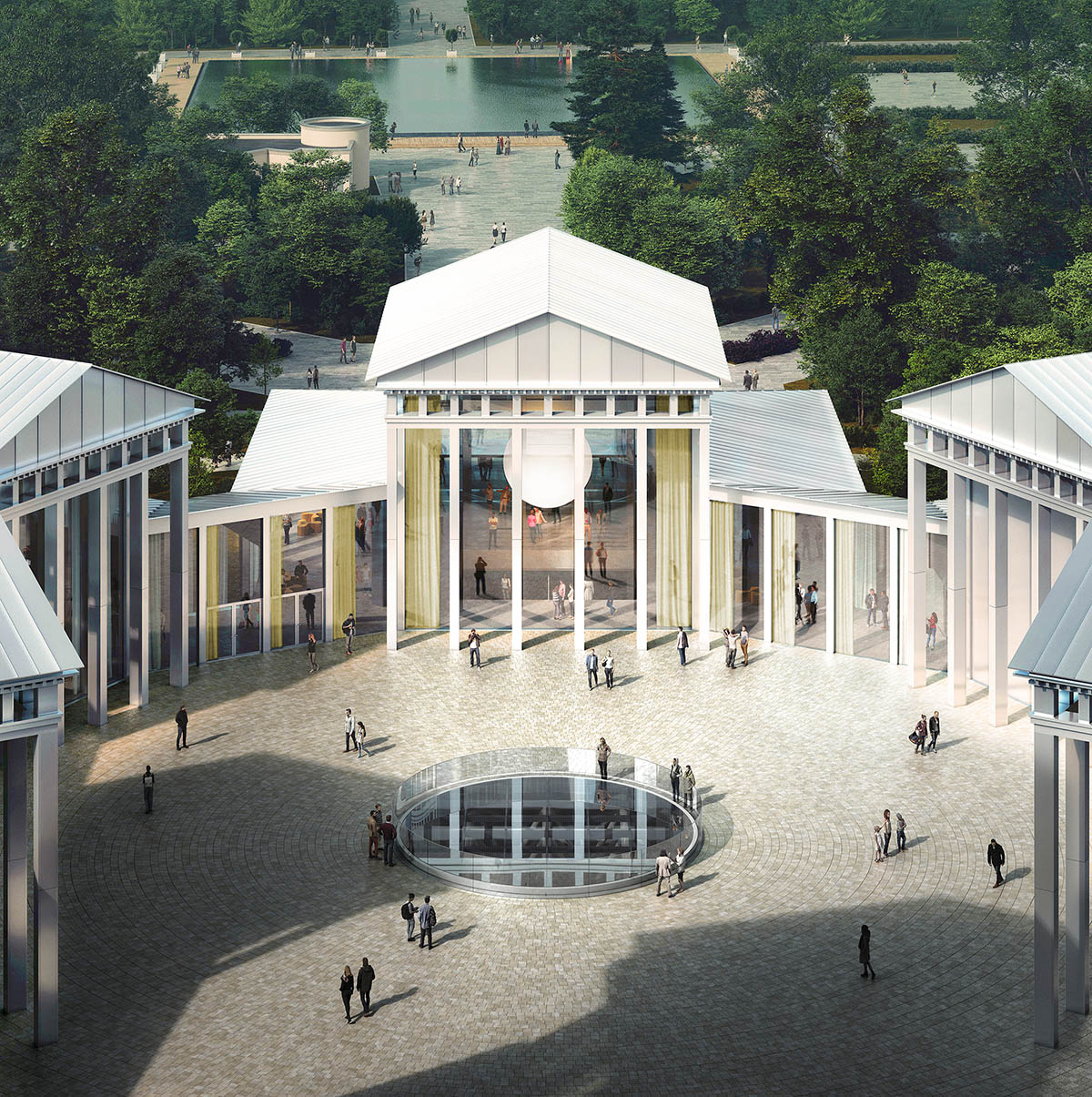 Pritzker Prize-winning practice SANAA has been selected to redesign a 1920s pavilion for the Garage Museum of Contemporary Art in Moscow, Russia.

Named The Hexagon, the original pavilion, formerly known as the Machines and Tools Pavilion, was designed by legendary Russian architect Ivan Zholtovsky, Viktor Kokorin, and Mikhail Parusnikov for the Agricultural and Handicraft Industries Exhibition in 1923. When built, the Machines and Tools Pavilion was the only one constructed using reinforced concrete (the other pavilions were wooden and have not been preserved).

The pavilion's original structural layout is formed by a frame of reinforced concrete posts and beams and wooden trussed rafters. The interior of each facet pavilion features a double-height central part and narrower single-height wings that join to form a low gallery enveloping the entire building on the outside. The structural frames of the single-height spaces consist of thin vertical supports for the outer walls covered with horizontal beams that form the rafter girder supporting the reinforced concrete roof beams with diagonal ribs.

In a new collaboration with Garage Museum of Contemporary Art and SANAA (Sejima and Nishizawa and Associates), the pavilion will be transformed into a major gallery space, including three exhibition galleries, a library, a bookshop, and a café. The internal courtyard of the building will be a public space. The new Hexagon building will cover a total of 9,500 square meters. 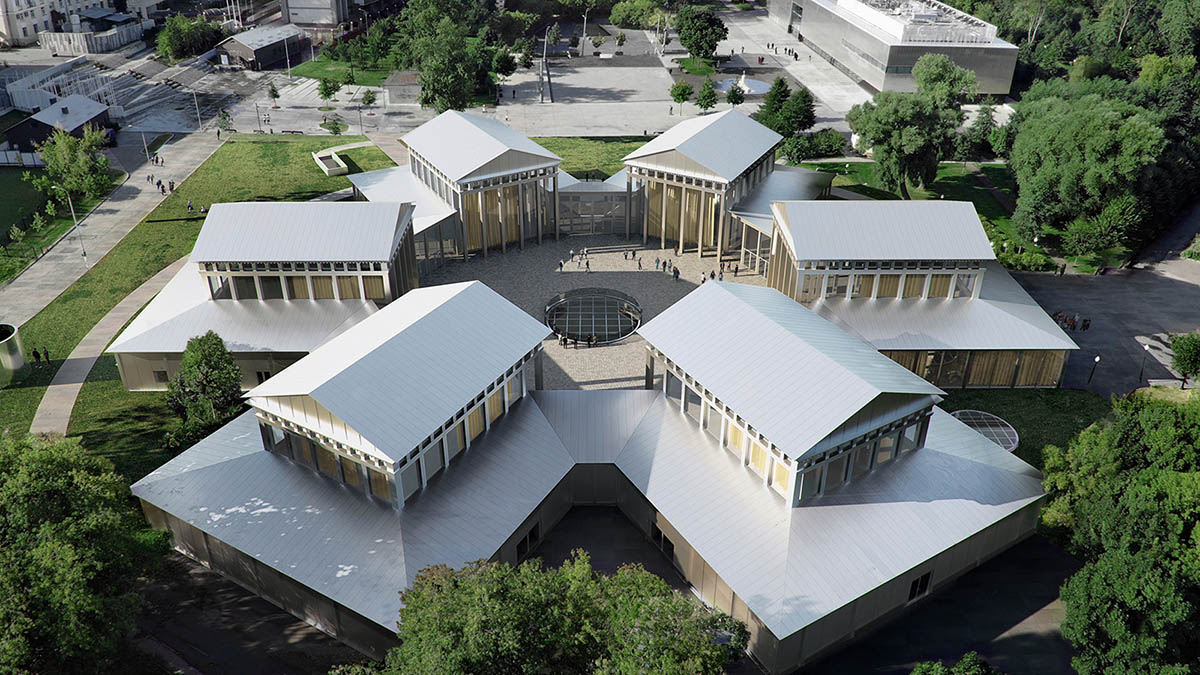 Located adjacent to the main Garage Museum building in Gorky Park, the new Hexagon will increase the footprint of the main building and will be "a space for social interaction and the display of a variety of art practices."

Over the  years, the Hexagon has seen many changes, and before being abandoned, the building was used as a dance hall and a lemonade factory. However, the structure has turned into a ruin following a series of fires. In 1999, Moscow City Government declared it a protected monument of garden and park design. The Machines and Tools Pavilion (the Hexagon) became a listed building.

The pavilion has a striking layout made of six neoclassical-style buildings connected by single-height galleries. The buildings create an internal courtyard to serve various kinds of public programs. To preserve this atmosphere for future visitors, SANAA will preserve the six principles of design based on its proportions, repetitive elements, and the open nature of the building in relation to the courtyard.

"When we were invited to work on the Hexagon, we immediately began to think about whether we could somehow preserve the original layout and proportions," said SANAA.

"And whether we could create something that everyone would use. Garage has always had a strong focus on the architecture of public spaces and their history, and this is very much in line with our practice."

"The Hexagon has a particular charm and we have tried to retain that in our design," the studio added. 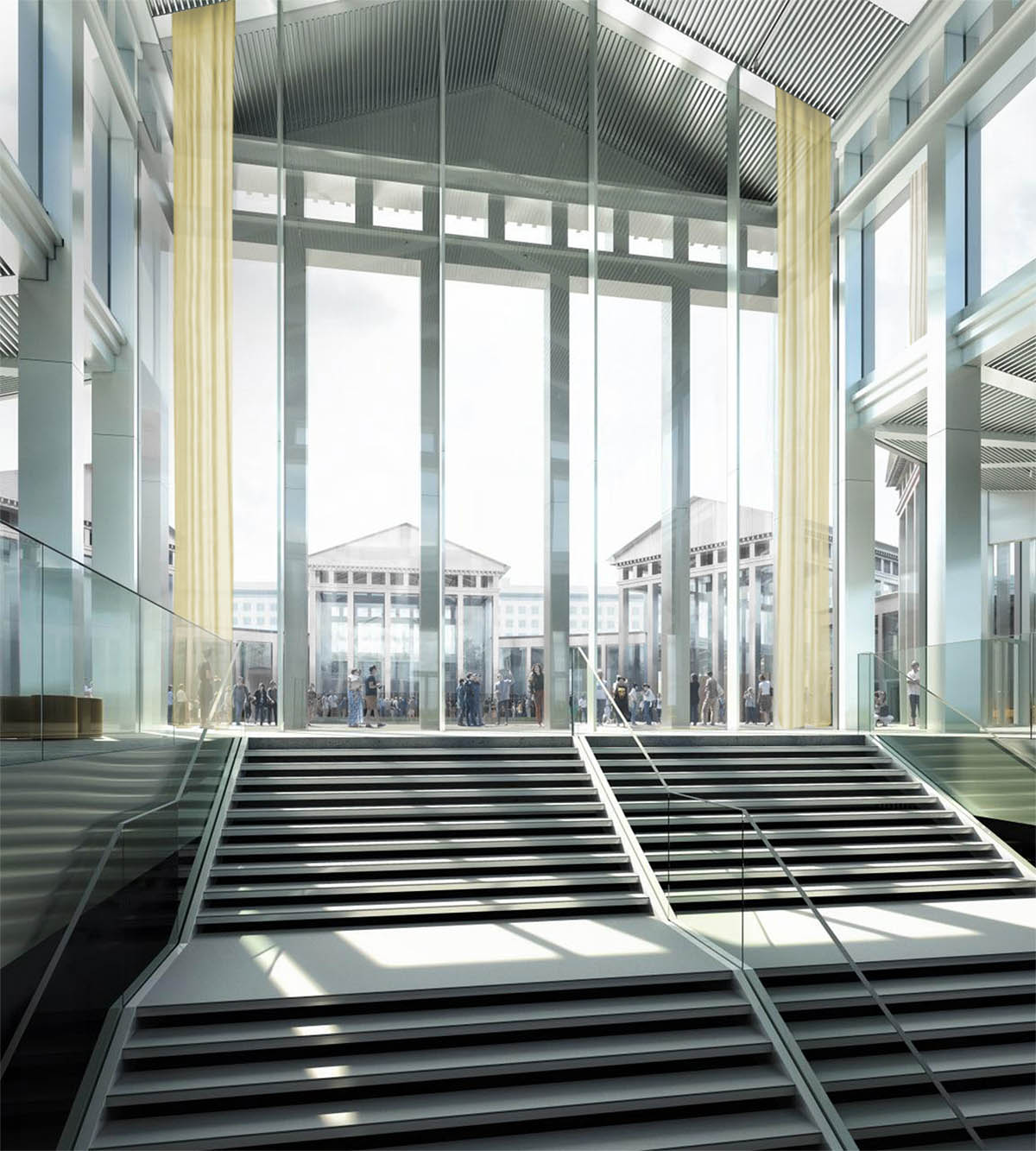 SANAA's new plans will keep the six pavilions open inward to create a shared courtyard space. The studio will maintain the visual and physical passages between the pavilions, ensuring the integrity of the entire architectural plan. The natural light in each pavilion will also be preserved, with the possibility to control lighting based on the Museum’s requirements.

The firm will preserve the proportions and heights (single or double) within the pavilions, providing a large and versatile space for the Museum’s programs. The studio will avoid of using any later decorative elements on the facades to not to harm the neoclassical outline of the building. "Later additions or details will be considered distinct from or secondary to Zholtovsky’s design," stated in a project description in the Garage Museum.

The project will include a new landscape that will underline the geometry and proportions of the pavilions and visually connect the Hexagon to Vremena Goda. 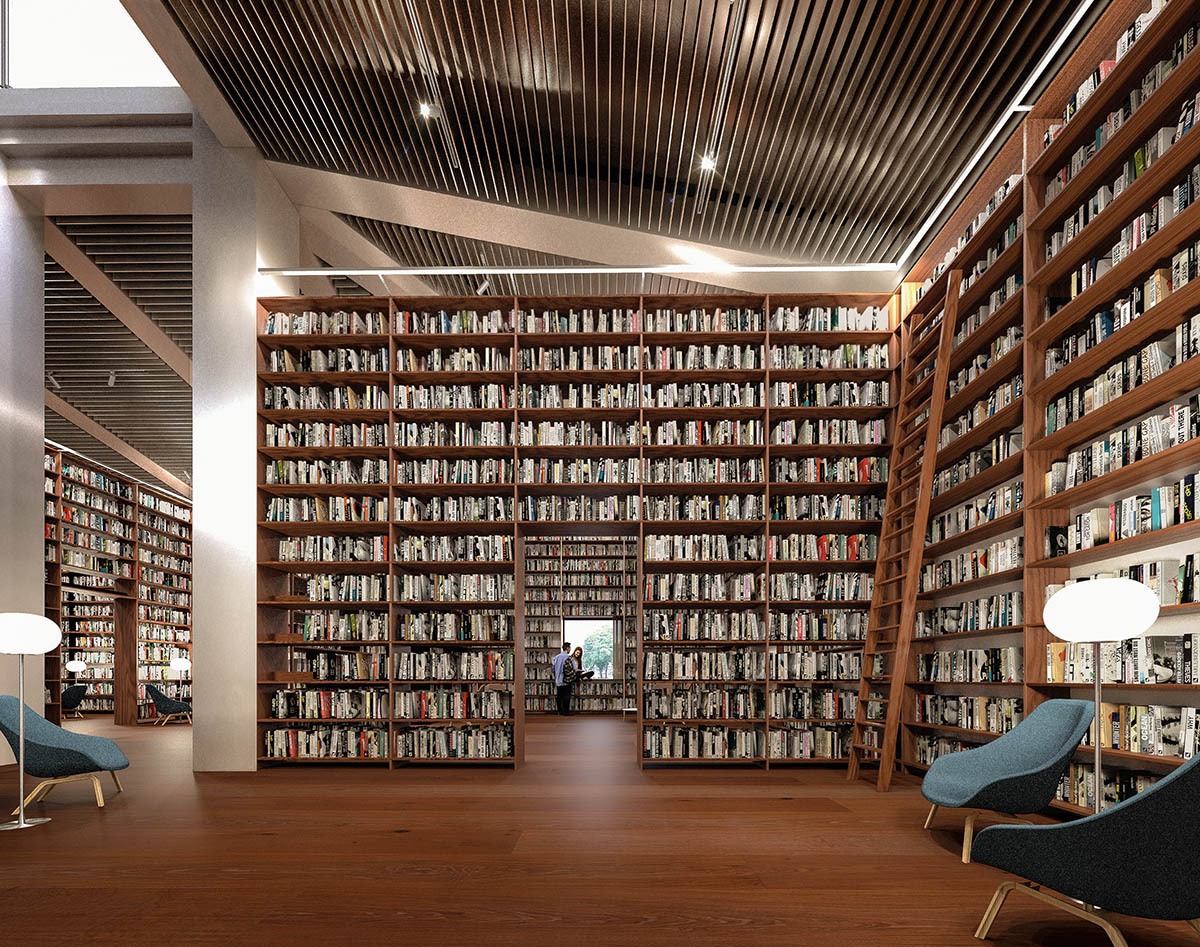 "The Hexagon, originally designed by legendary Russian architect Ivan Zholtovsky, will be revived by SANAA’s thoughtful and sensitive design, allowing Garage to ground itself in Russian history while expanding into the current global conversation."

"We want to ensure that our building reflects our ongoing inquiry into the function, purpose, and responsibility of the modern-day museum," Zhukova added.

"By preserving the historical aspects of the building (its spatial organization, location, column materials, and the arrangement of the fountain basin), the Museum will expand and clarify its architectural program," said Anton Belov, Director of Garage Museum of Contemporary Art.

"With each of its buildings (Bakhmetevsky Bus Garage, Vremena Goda café) Garage has opened a new chapter in its program of reviewing and repurposing architectural heritage and, in the end, returning it to the contemporary context," Belov added.

SANAA recently completed the renovation of the historic La Samaritaine store in Paris. The studio is currently working on a major Sydney Modern expansion project which is currently under construction in Sydney.

The firm was also selected to design new Shenzhen Maritime Museum in China.

> via Garage Museum of Contemporary Art