Pritzker Prize-winning architecture firm SANAA together with SRA Architectes, Édouard François and LAGNEAU Architectes and FBAA have completed the renovation of the historic La Samaritaine store in Paris, France.

The project was closed in 2005 due to safety reasons and after 16 years of extension work, the building has been reopened to the public today, on June 23. 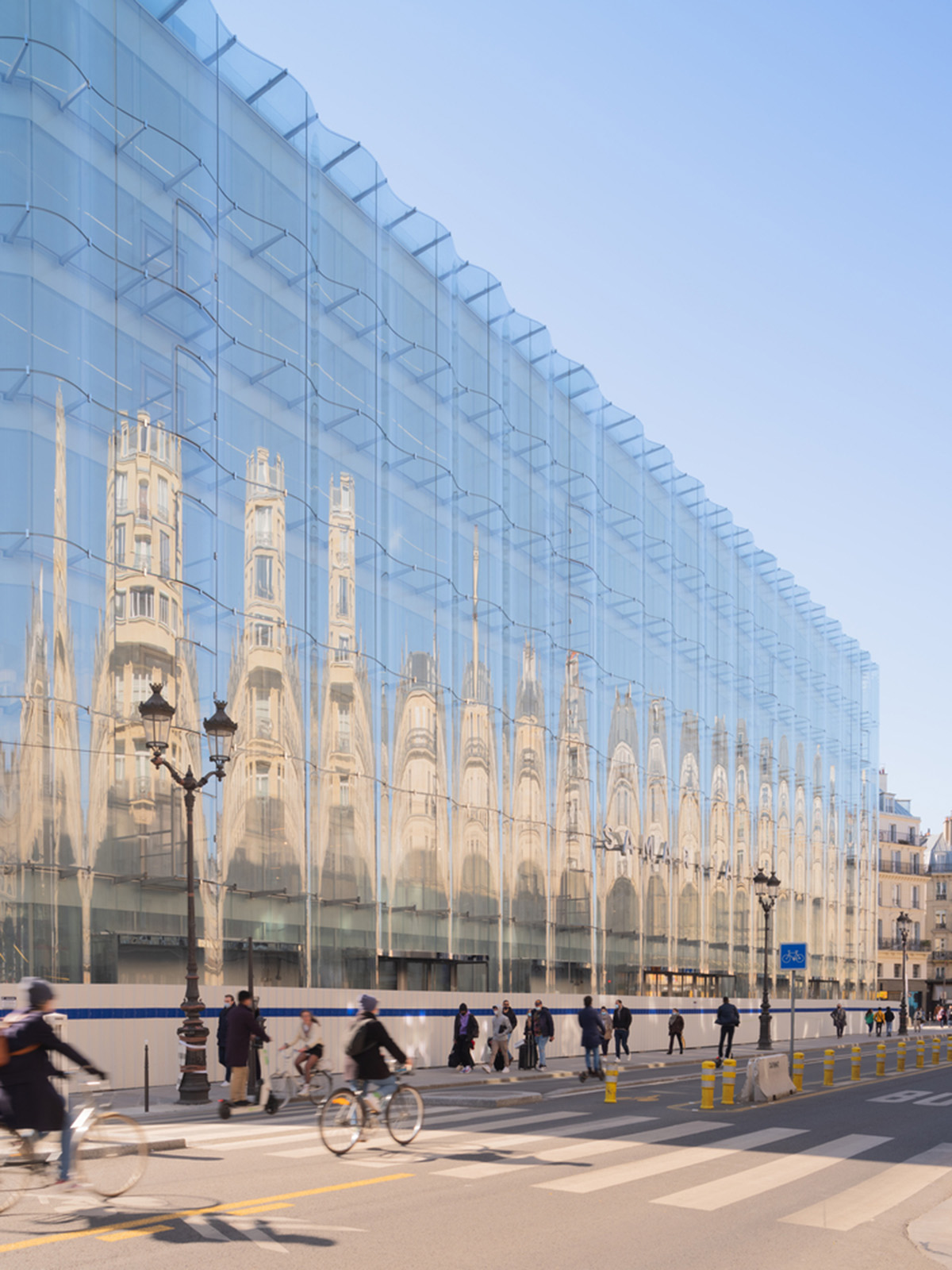 Commissioned by a French luxury goods company LVMH, the building was renovated by maintaining the building's original art nouveau, art déco features and adding contemporary additions to the structure. 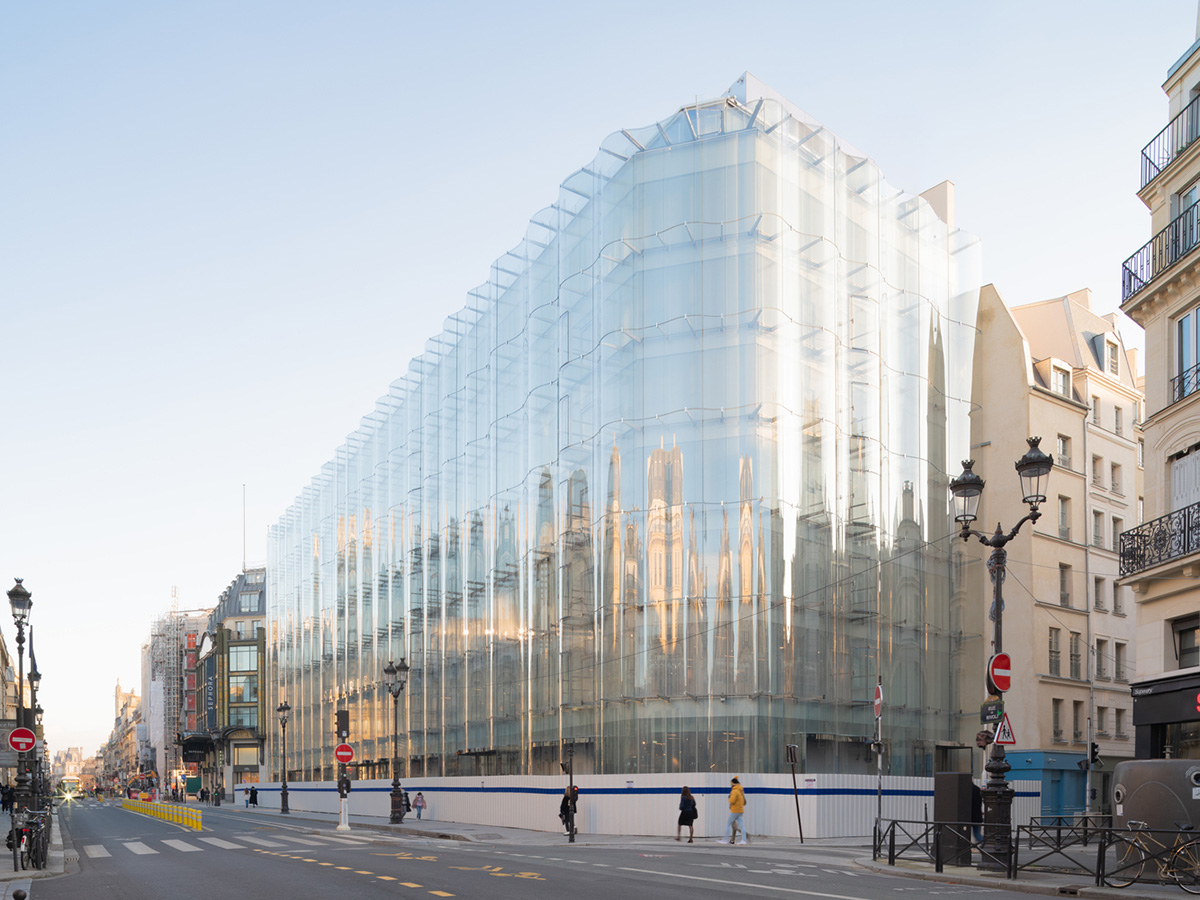 SANAA has added undulating glass façade to the original building and designed patios to create skylights within the building, while Yabu Pushelberg, Ciguë and Malherbe Paris have designed the interiors of retail spaces.

The decoration and design of the hotel, located on the other Seine-side building, was completed by Peter Marino and OAL, Maison Edouard François. 72 rooms and suites were designed by Peter Marino. 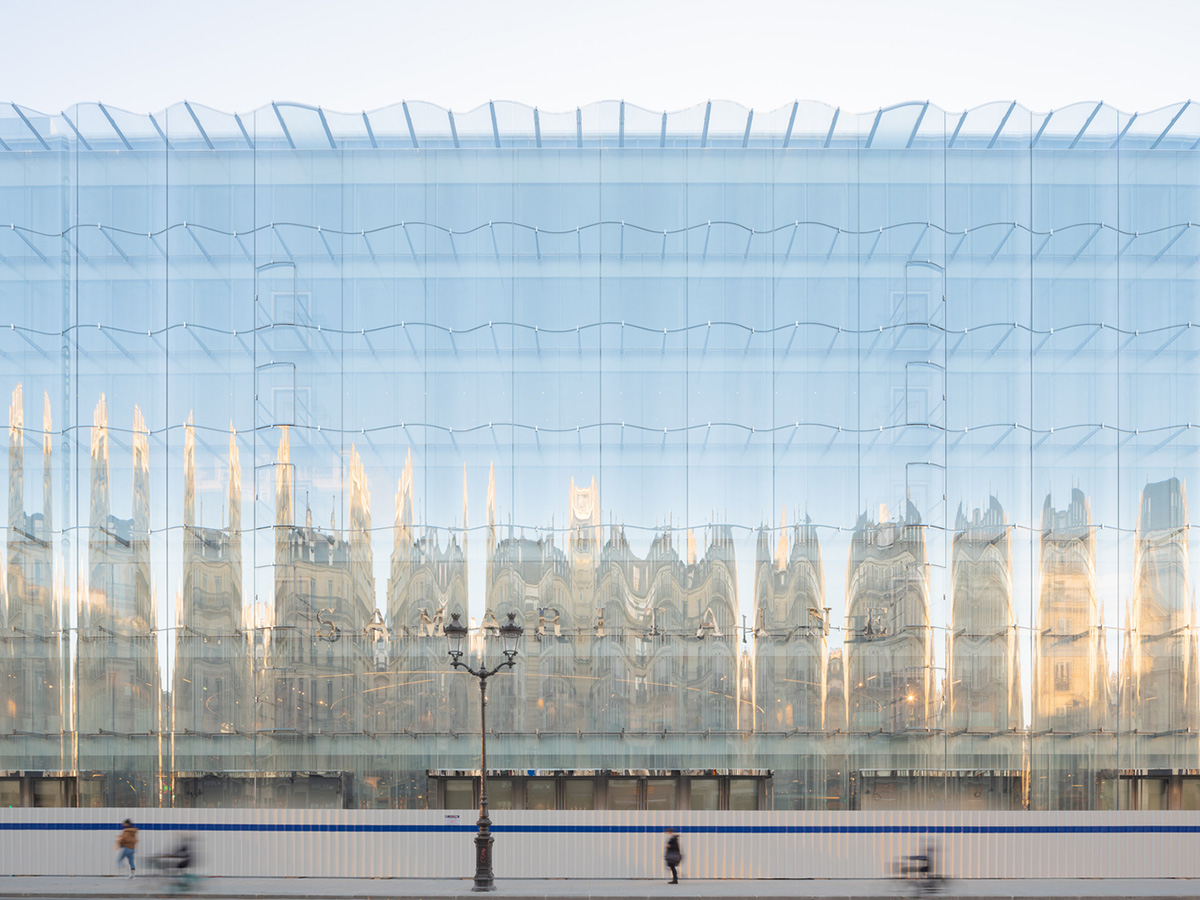 "No other department store has such compelling links to the two faces of Paris, one engaged with the historic economic vitality of the recently renovated Les Halles and the other overlooking the Seine, offering the most beautiful view of the world’s most beautiful city," said Bernard Arnault, Chairman and Chief Executive Officer of LVMH.

"The completion of this project, which both creates jobs and promotes a unique Parisian art de vivre around the world, is also a great source of pride for our Group in France and in Paris.  Many of our Maisons were founded in Paris, where we intend to make an active contribution to economic recovery, as well as the worldwide appeal of France," Arnault added. 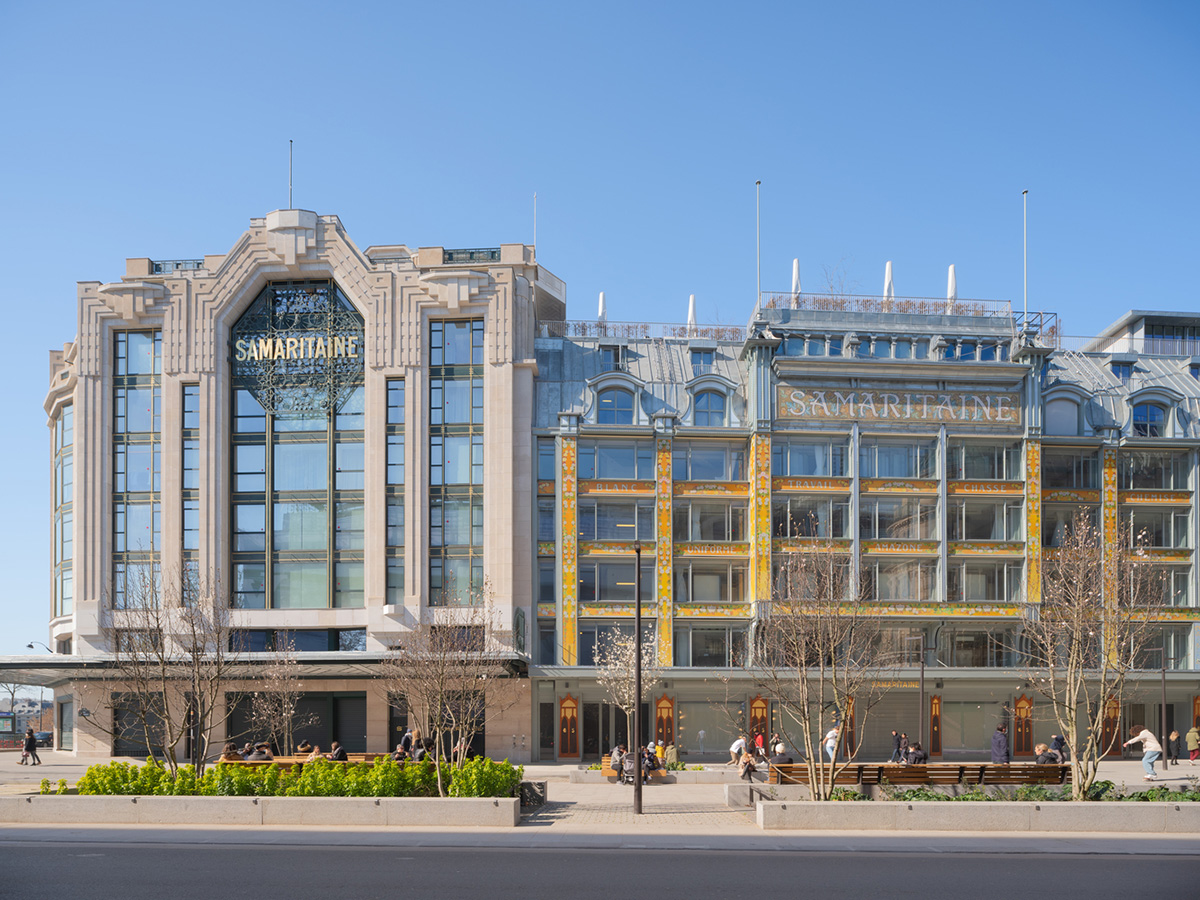 "The renaissance of the Samaritaine is a collective success that has mobilized some 3,000 people. We also feel great pride in restoring access to a historical monument that has always been at the forefront of its times and holds a special place in the hearts of Parisians," stated Jean-Jacques Guiony, Chairman and Chief Executive Officer of the Samaritaine.

The site of the project has a historical significance and the footprint of the building extends from Rue de Rivoli to the Quai du Louvre, overlooking the Seine. The historic La Samaritaine building is a late-19th century “Grand magasin” in Paris. 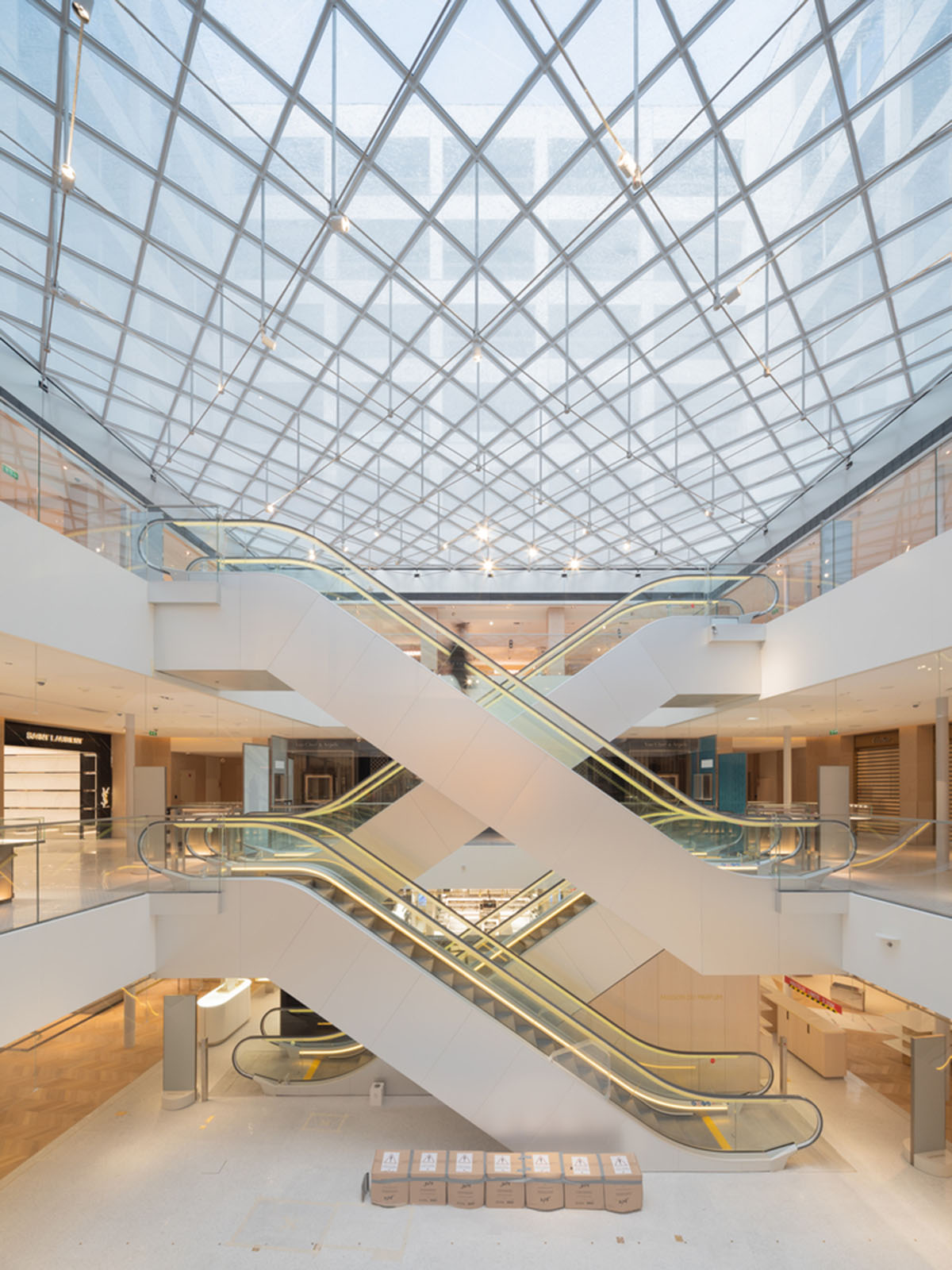 La Samaritaine was owned by Ernest Cognacq and Marie-Louise Jaÿ in 1870. Then they hired architect Frantz Jourdain and Henry Sauvage to expand the original store which featured cream colored stone and was of the Art Deco style. 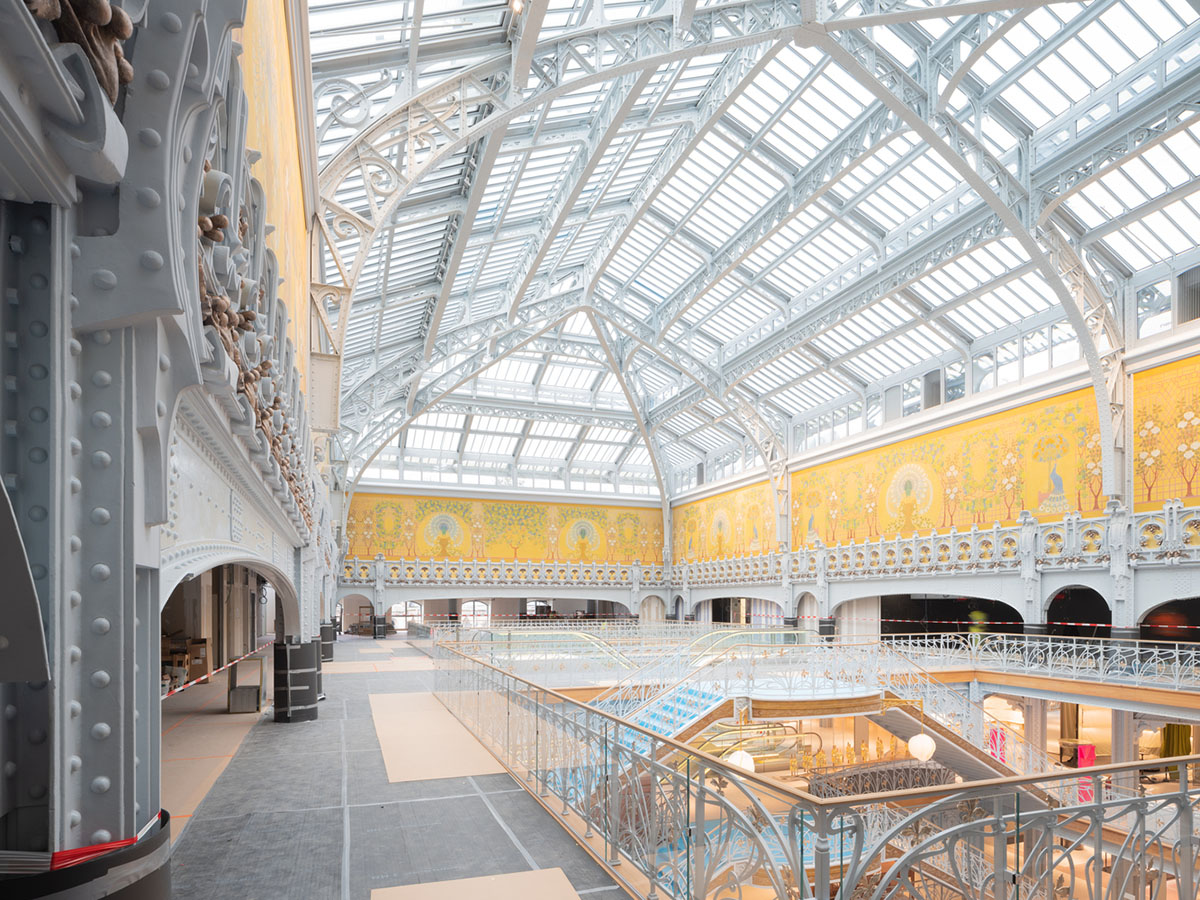 In addition, 10,000 square meters of roads and sidewalks have been reclassified, including the creation of a 5,000 square meter public plaza. It also includes a nursery with space for 80 children and 96 public housing units which are operated by Paris Habitat.

The Samaritaine has regained its stunning fully glass roof with an Eiffel style iron frame. The breathtaking 37-meter by 20-meter structure was designed in 1907 by architect Frantz Jourdain. 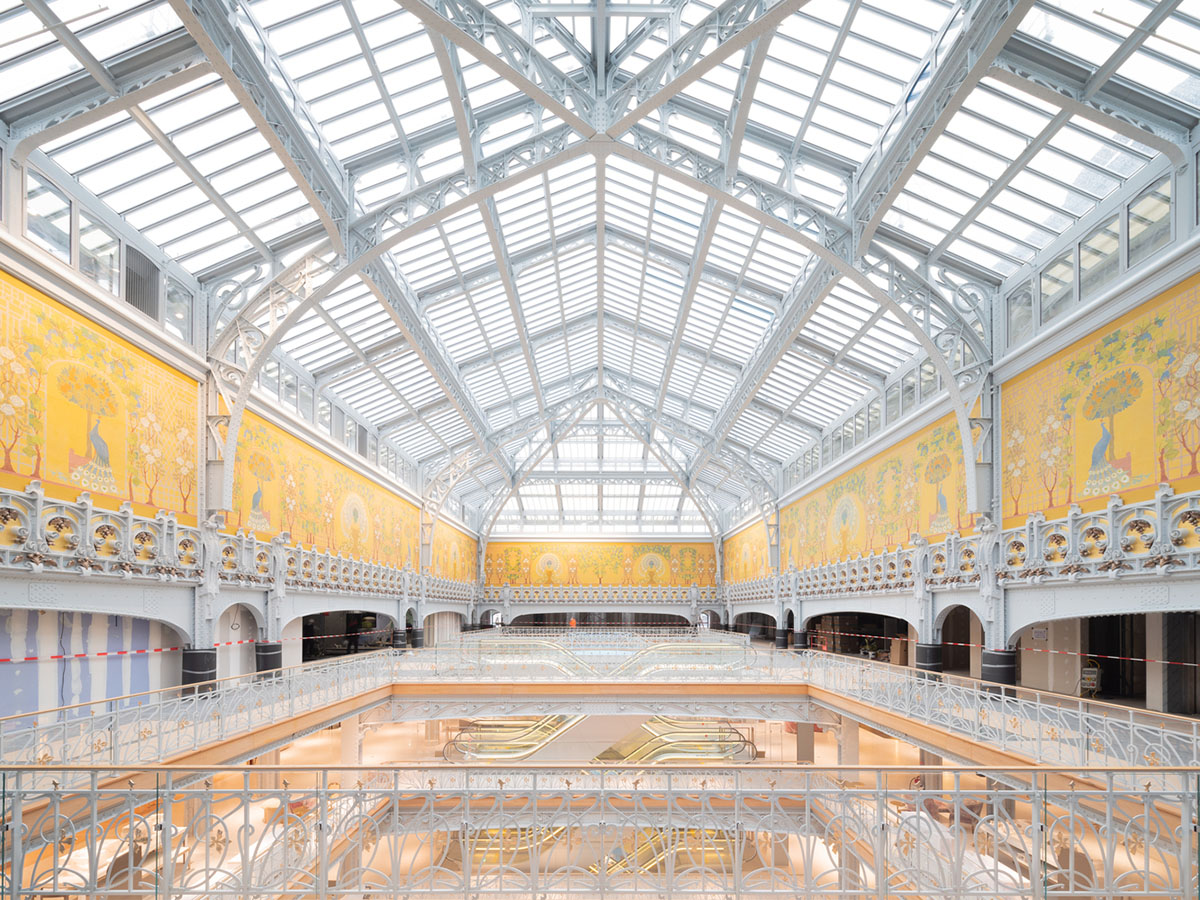 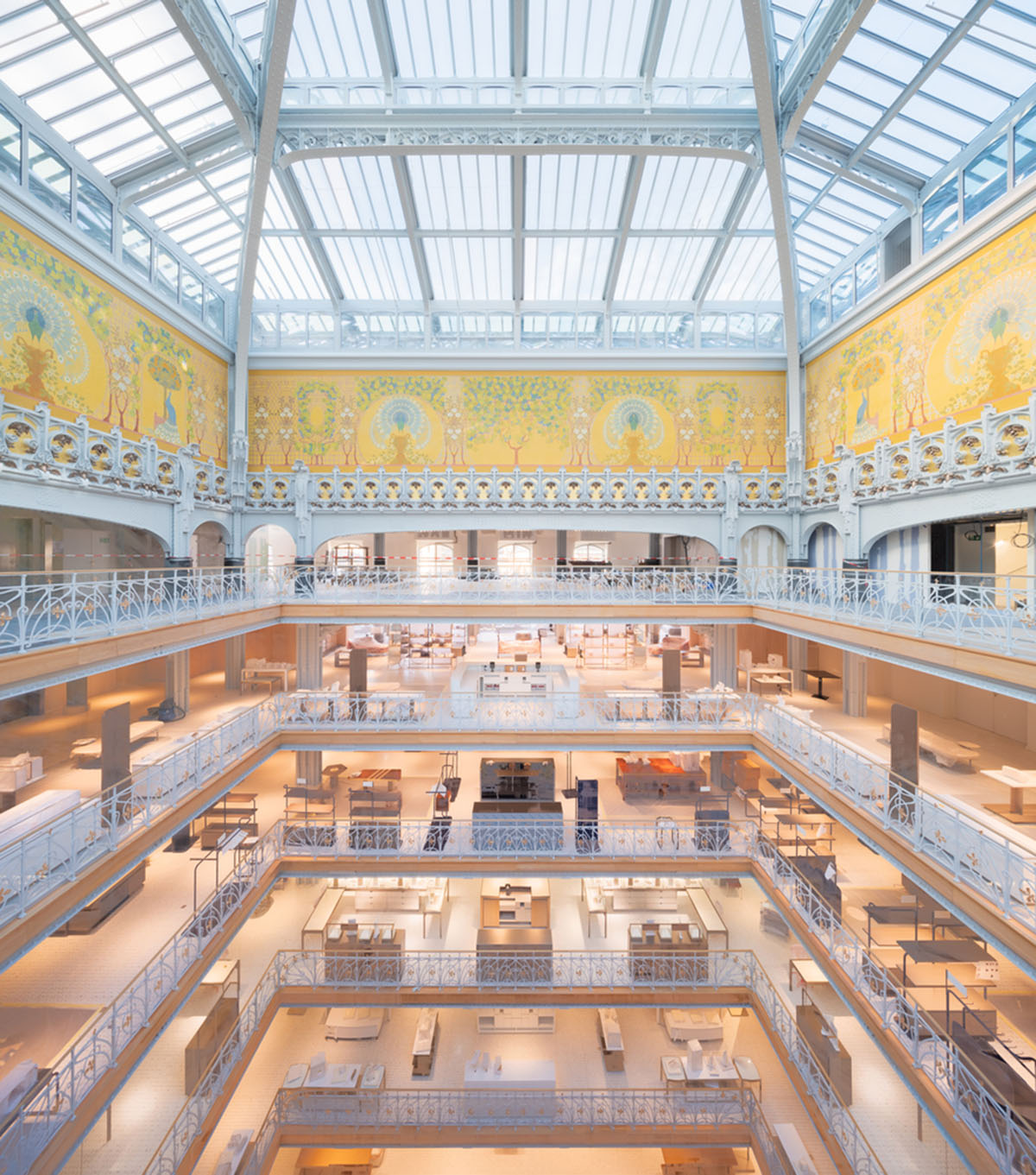 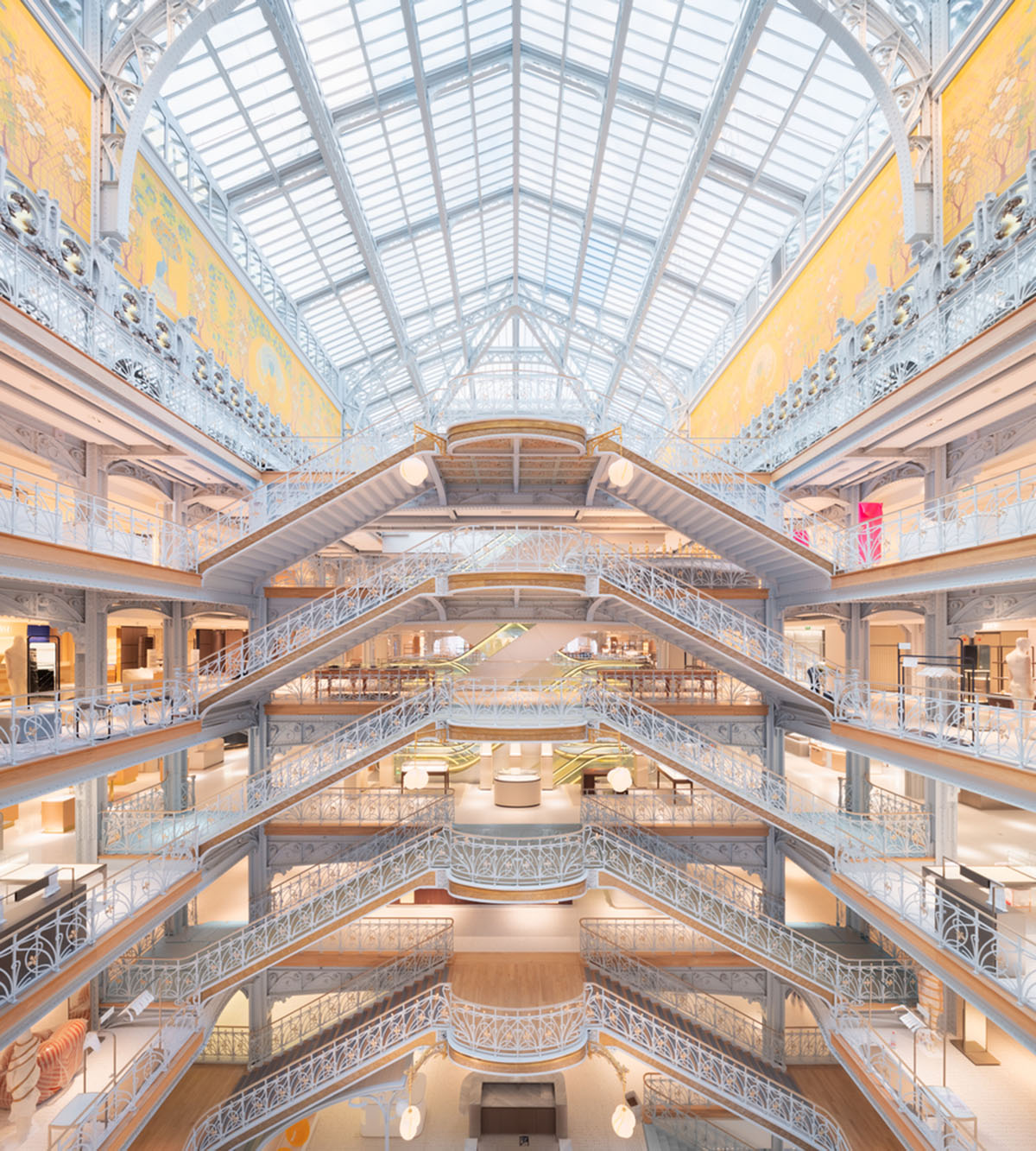 For its undulating façade, SANAA has used 343 screen-printed glass panels for the façade facing the rue de Rivoli street. Inside, the firm has also designed glass-domed courtyards in between the two buildings.

The architects said that "our design creates a “passage de La Samaritaine”, a new street with social and commercial activities that runs through the length of the existing building." 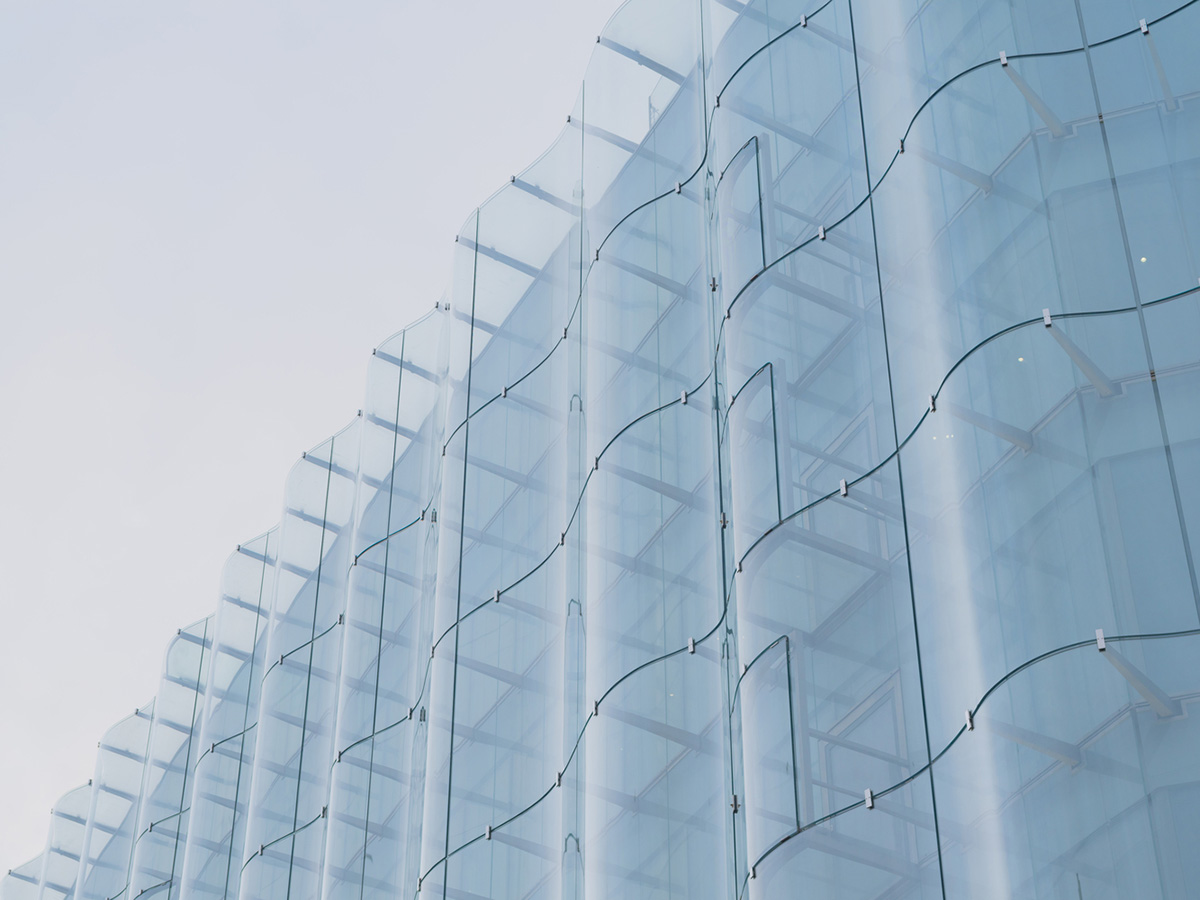 "It connects three full height courtyards, one existing and two new: each is unique in design and together they create an alternating sequence of indoor activity areas and spaces that are open to views of the sky." 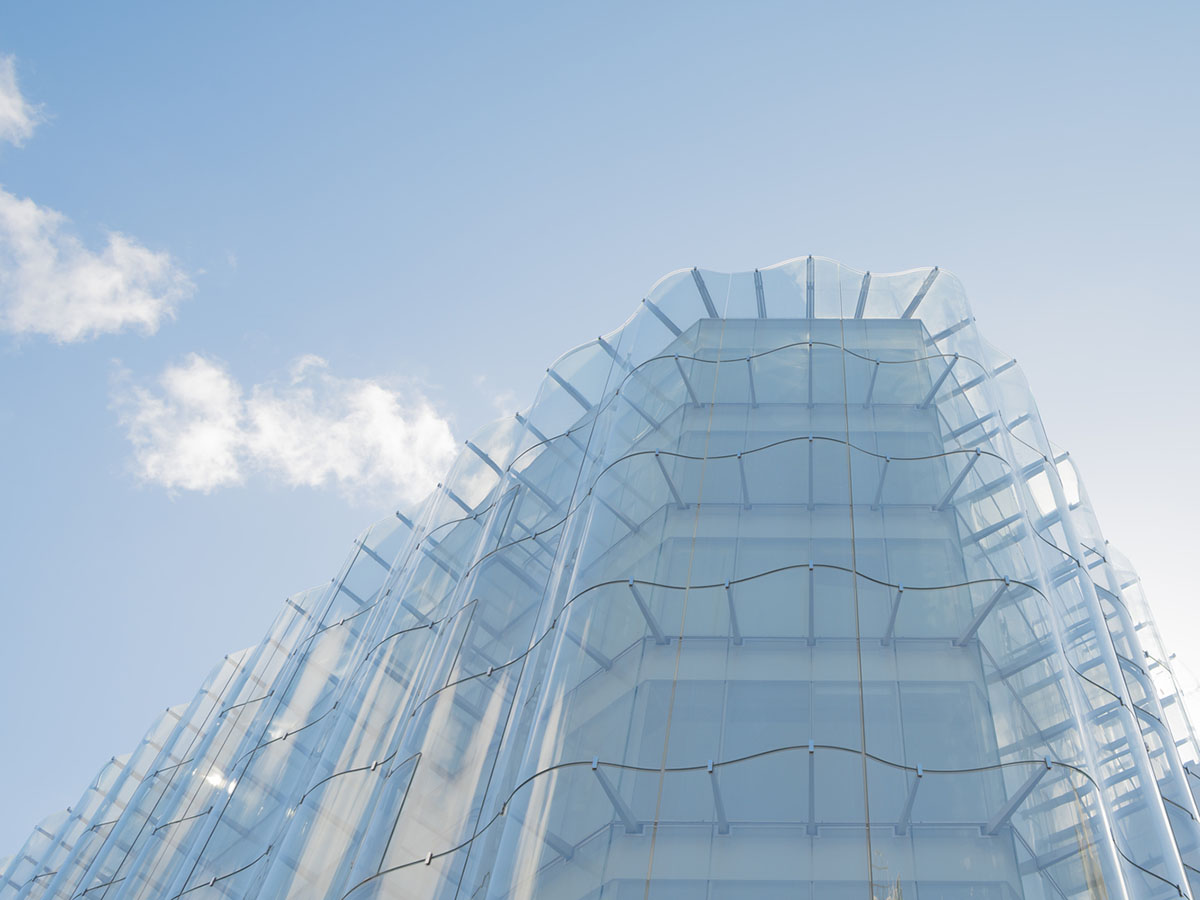 A new Paris passage acts both "a physical and figurative connection" between the historical façade of the Sauvage building overlooking the Seine and the new façade SANAA has designed for Rue de Rivoli. 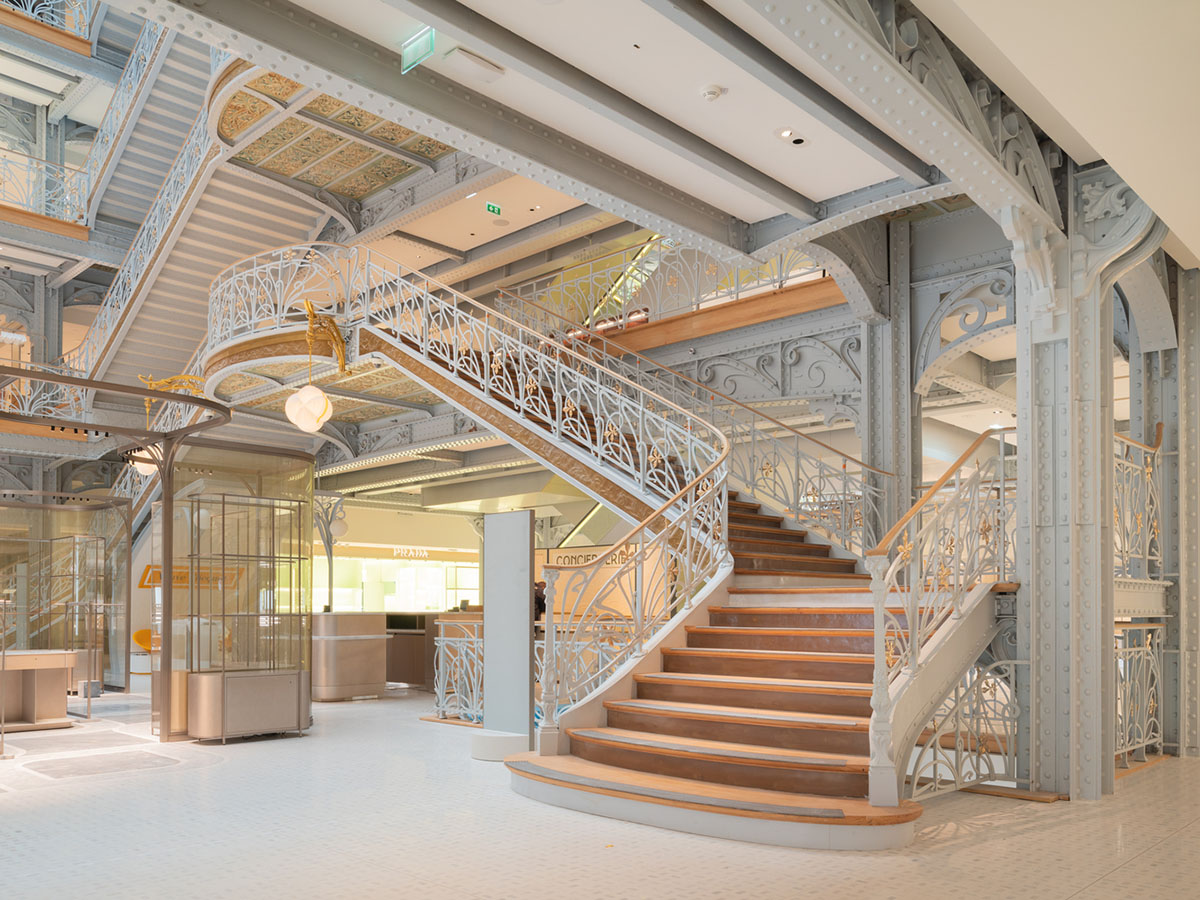 The façade creates soft waves of the glass to echo the rhythm and scale of neighboring fenestration, thanks to its undulating form, it establishes continuity along this busy commercial street.

"Our intention is to establish a harmonious relationship between those parts that are renovated and those that are new," added the architects. 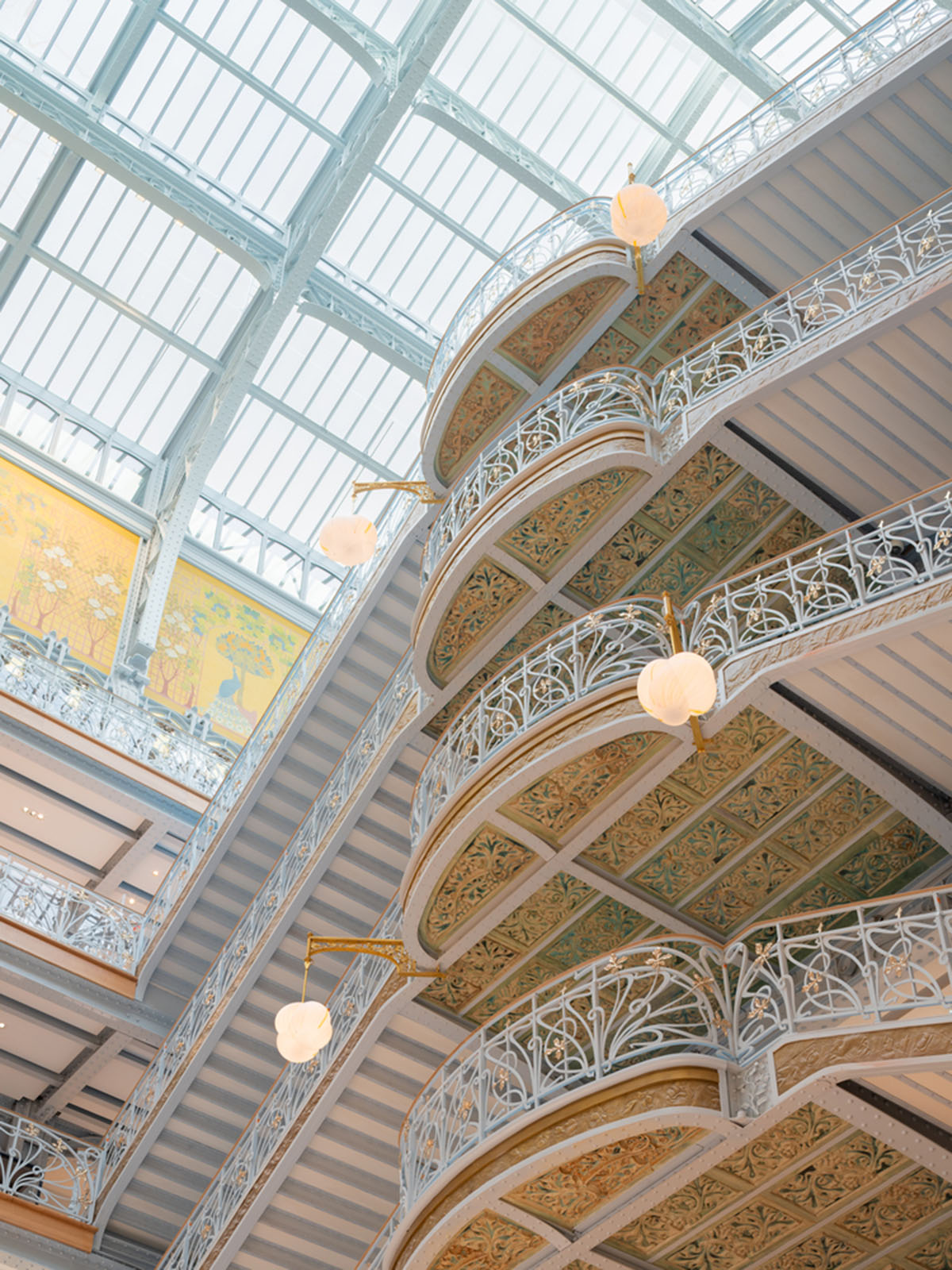 In the interiors, it has been used 16,000 gold leaves to restore the oak railing of the central stairway in the department store. Within the complex, there is another essential part is the Cheval Blanc Paris, the Maison’s first urban hotel - facing the Quai du Louvre, which will welcome its first guests on September 7, 2021. 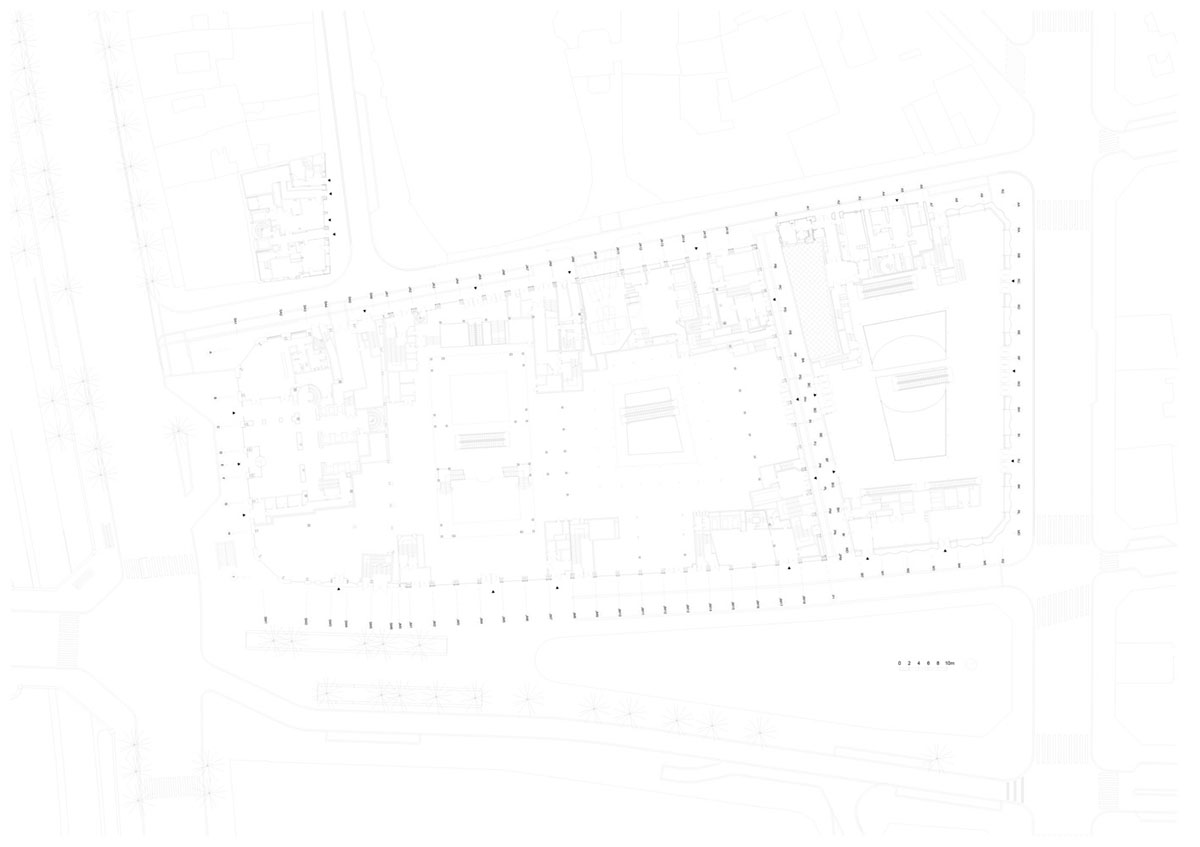 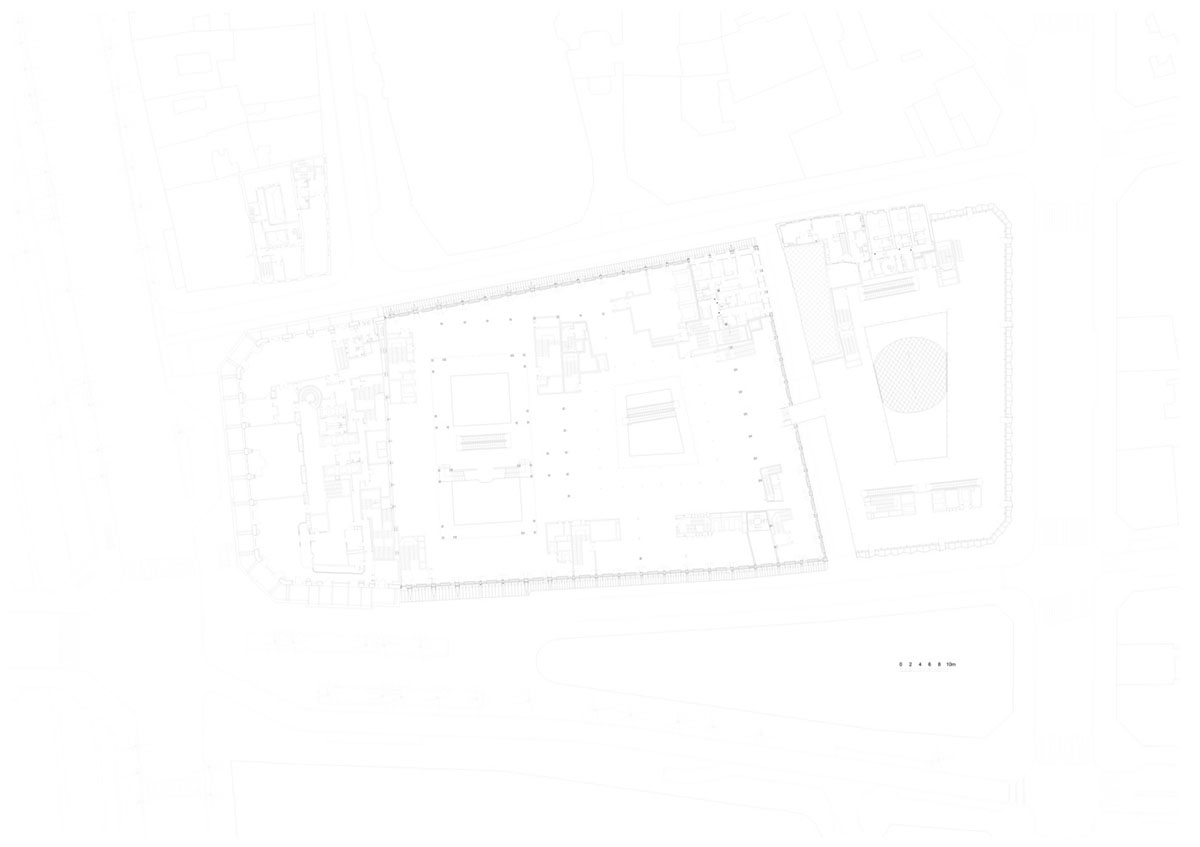 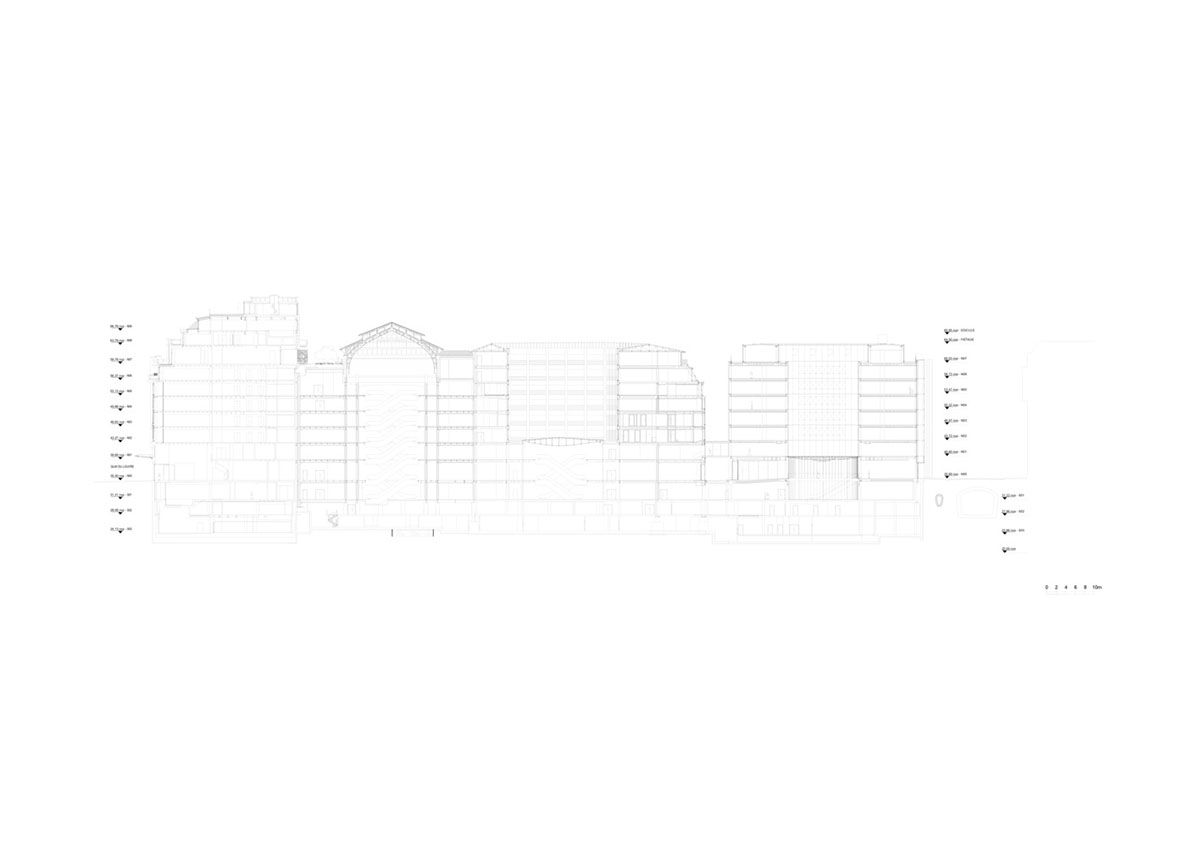 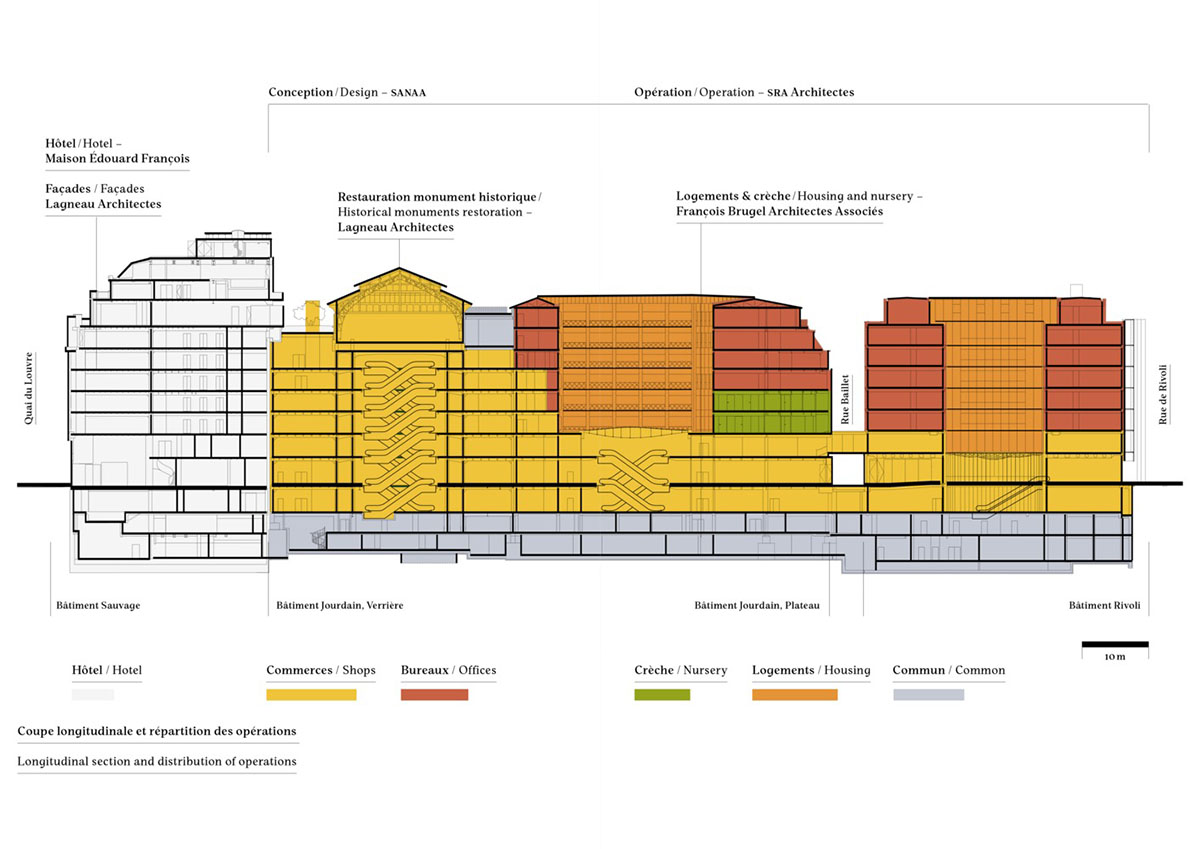