New details and updates have been shared by Michael Brand, Director of Art Gallery of New South Wales on SANAA's major Sydney Modern expansion project which is currently under construction in Sydney.

SANAA's major transformation, named Sydney Modern Project, will create a public art garden next to the existing Gallery as well as learning studios, a special studio for multimedia works and a rooftop art terrace, overlooking Sydney Harbour in the city.

The Sydney Modern Project is the first project of Pritzker Prize-winning architects SANAA built in Australia once complete. As the construction is well underway despite the pandemic, the building is scheduled for completion in 2022.

Michael Brand has shared details as part of the Art Gallery of New South Wales' 150th anniversary celebrations in collaboration with the Sydney Opera House to mark the annual Badu Gili festival of First Nations Culture.

"While we work to complete our expanded art museum campus through the Sydney Modern Project that will see First Nations art displayed front and centre, we are proud to share some of our collection highlights with the world on the sails of the Sydney Opera House,” Brand said. 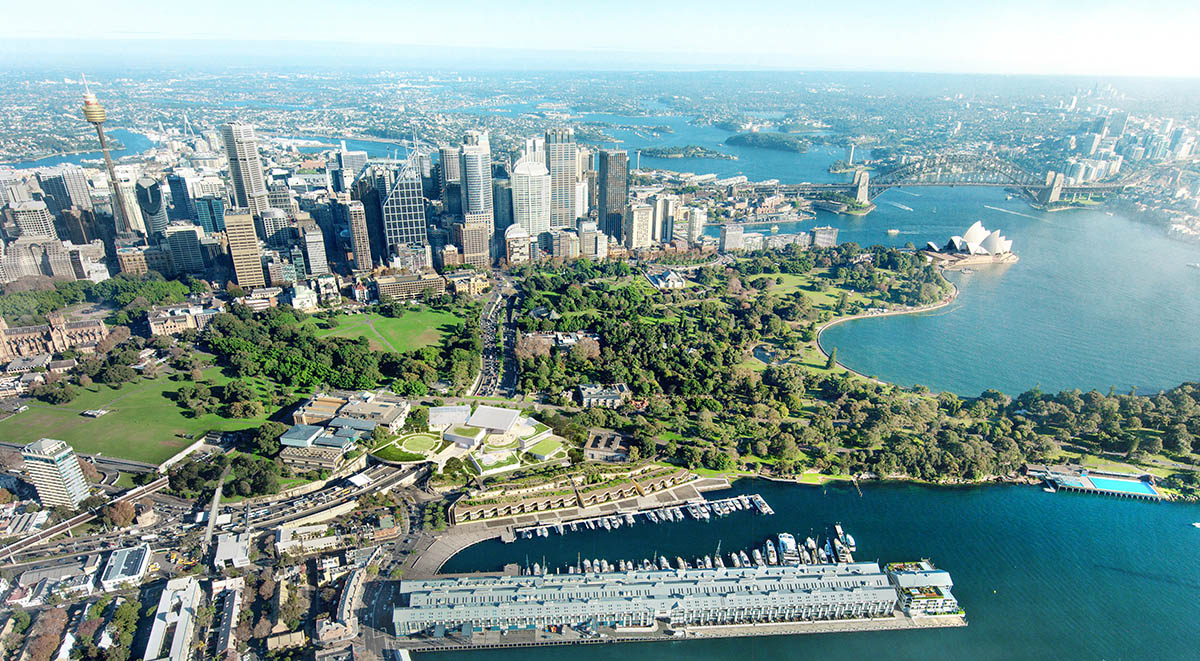 The Art Gallery of New South Wales’ Sydney Modern Project is an important transformation of one of Australia’s pre-eminent art museums: a new standalone building will almost double the Gallery’s exhibition space, revitalise its much-loved late-19th-century neo-classical building, and create a new public art garden and civic space for Sydney.

The Sydney Modern Project will give prominence to Aboriginal and Torres Strait Islander art, as well as revitalising the Gallery’s much-loved existing building with its unrivalled collection of Australian art from the early 19th-century to the present.

For more than half a century, the Gallery has been at the forefront of collecting, displaying and interpreting historic and contemporary Aboriginal and Torres Strait Islander art, and in engaging directly with artists and their communities.

SANAA's new building will sit in contrast to the Gallery’s 19th-century neo-classical building. Conceived as light, transparent and open to its surroundings, SANAA’s building responds to the site’s topography with a series of pavilions that cascade towards Sydney Harbour with spectacular views. 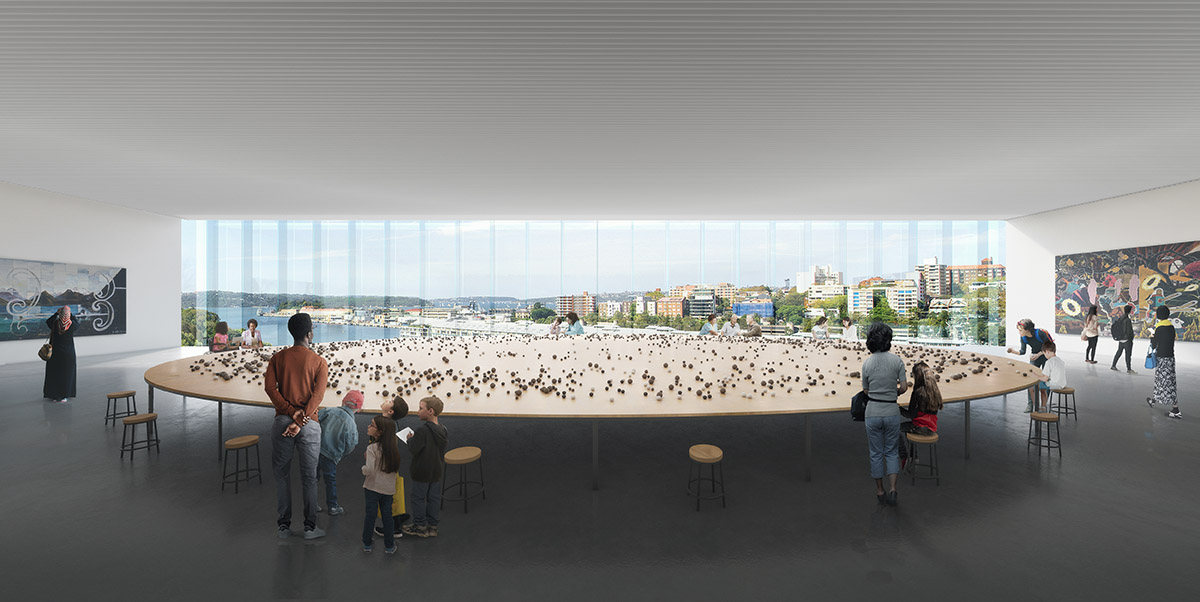 The expansion will almost double the Gallery’s total exhibition space, from 9,000 to 16,000 square meters and will feature galleries specifically designed to accommodate art of the 21st century.

From the time of its founding in 1871, the Gallery has collected and worked with the artists of its time from both Australia and abroad, a commitment that will remain central to the transformed art museum.

SANAA’s design is comprised of a series of interlocking pavilions that step down towards Sydney Harbour. The pavilions sit low and lightly on the site, following the natural topography of the land. 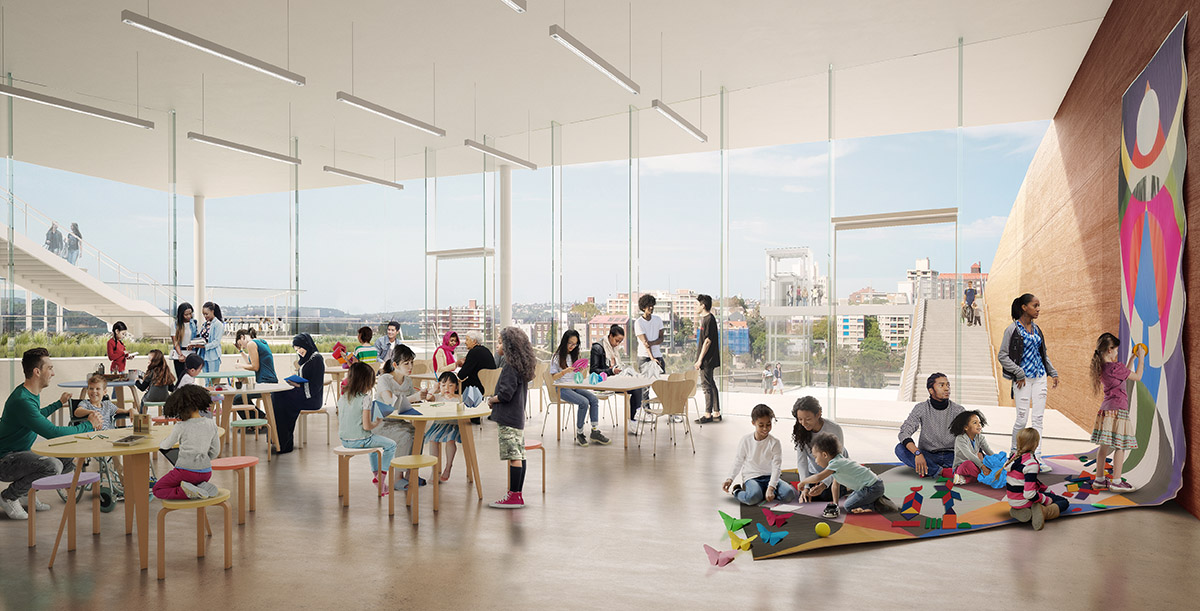 The museum highlighted that "approximately 70% of the new gallery is being constructed above existing structures – the land bridge built in 1999 and the concrete roof over two decommissioned WWII naval oil tanks built in the early 1940s."

"Adaptive re-use of the tanks will enable public access to a significant State asset for the first time."

The design delivers much-needed gallery space while respecting and enhancing public use of the surrounding landscape, retaining and celebrating significant trees and improving the accessibility of the cultural precinct. 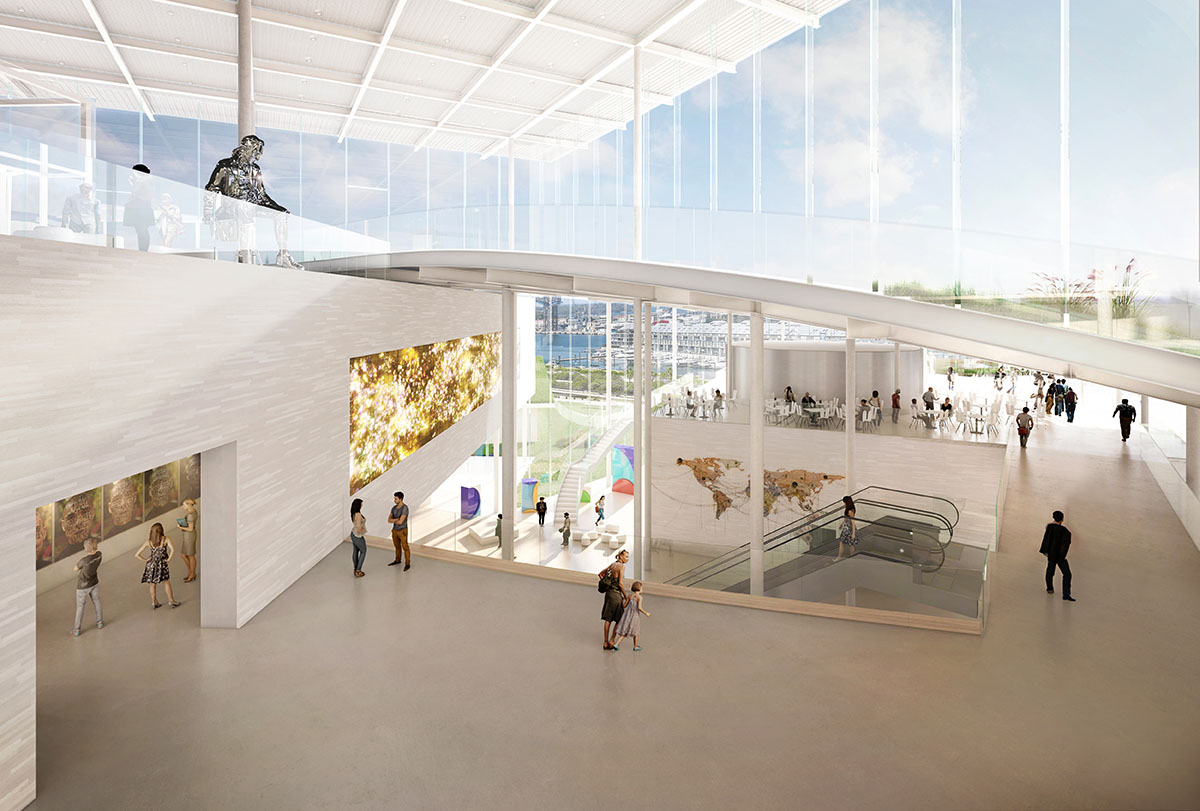 The project will increase the total number of trees on the site with the Gallery planting more than double the number of trees that have been removed for construction. Significant landscape design will use endemic ecological planting (Sydney Sandstone Woodland) and reinstate historic species associated with the ‘Governor’s Domain’, more in keeping with the site’s original flora.

The external facade material of the pavilions of natural limestone in warm tones and two sweeping internal walls of rammed earth in the new building are sympathetic to the sandstone facade of the existing building and parkland setting of The Domain. 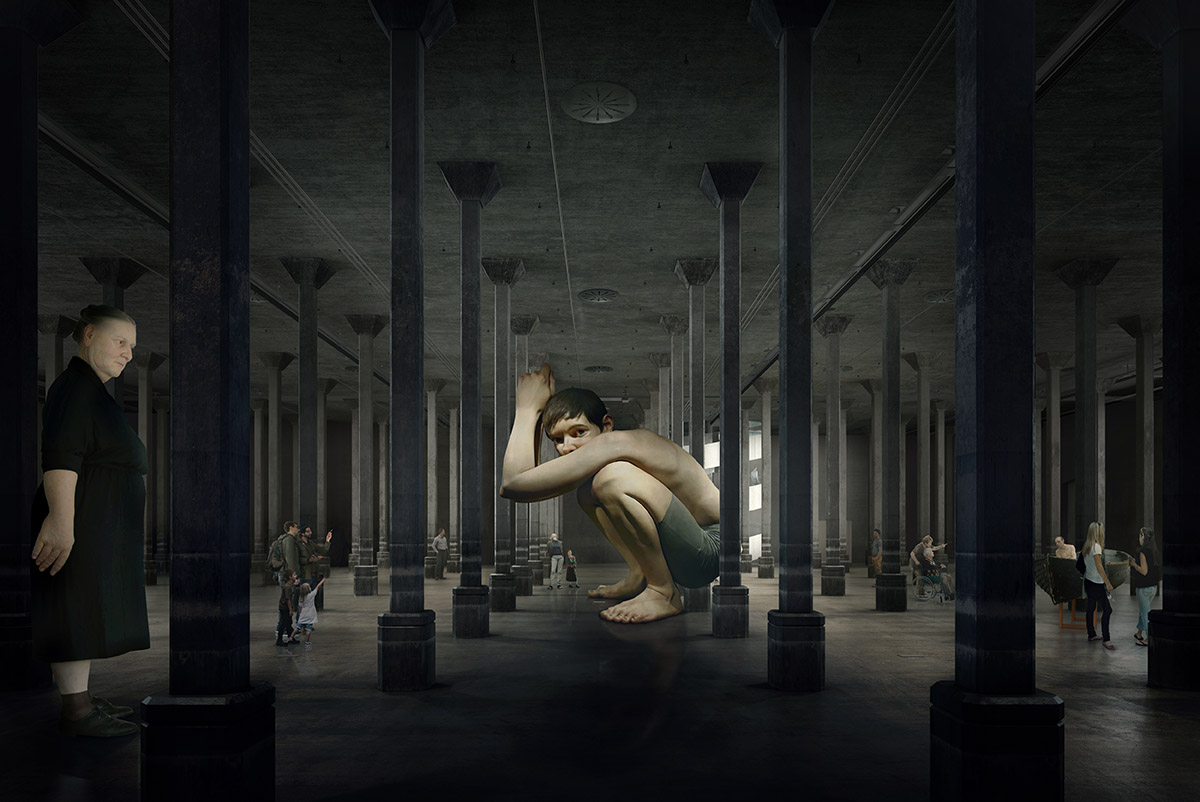