The World Architecture Festival, the world's largest international architectural event, has announced the first phase of its 2021 category winners, following weeks of intense judging in which hundreds of architectural practices from around the world presented their shortlisted projects.

WAF cancelled its physical event in December and moved its 2021 event to a fully live and interactive digital format in response to the ongoing Covid-19 travel restrictions still applied in many countries.

WAF is the world’s largest annual international architectural event and is also holding a sister event, titled Inside: World Festival of Interiors,  in which the same event was moved to a digital format.

World Architecture Festival will be going as a live-streamed event, from 1 to 3 December, 2021 in Lisbon, Portugal. The 2021 WAF digital event will consist of three days of live conference programmes, awards, and fringe events, with talks by leading global architectural thinkers and industry personalities live-streamed exclusively to festival delegates.

World Architecture Community is official Media Partner of WAF and INSIDE and will be bringing you the latest news about the festivals' speaker line-up, sessions and competitions.

Scroll down to the see full award-winning projects at WAF 2021: 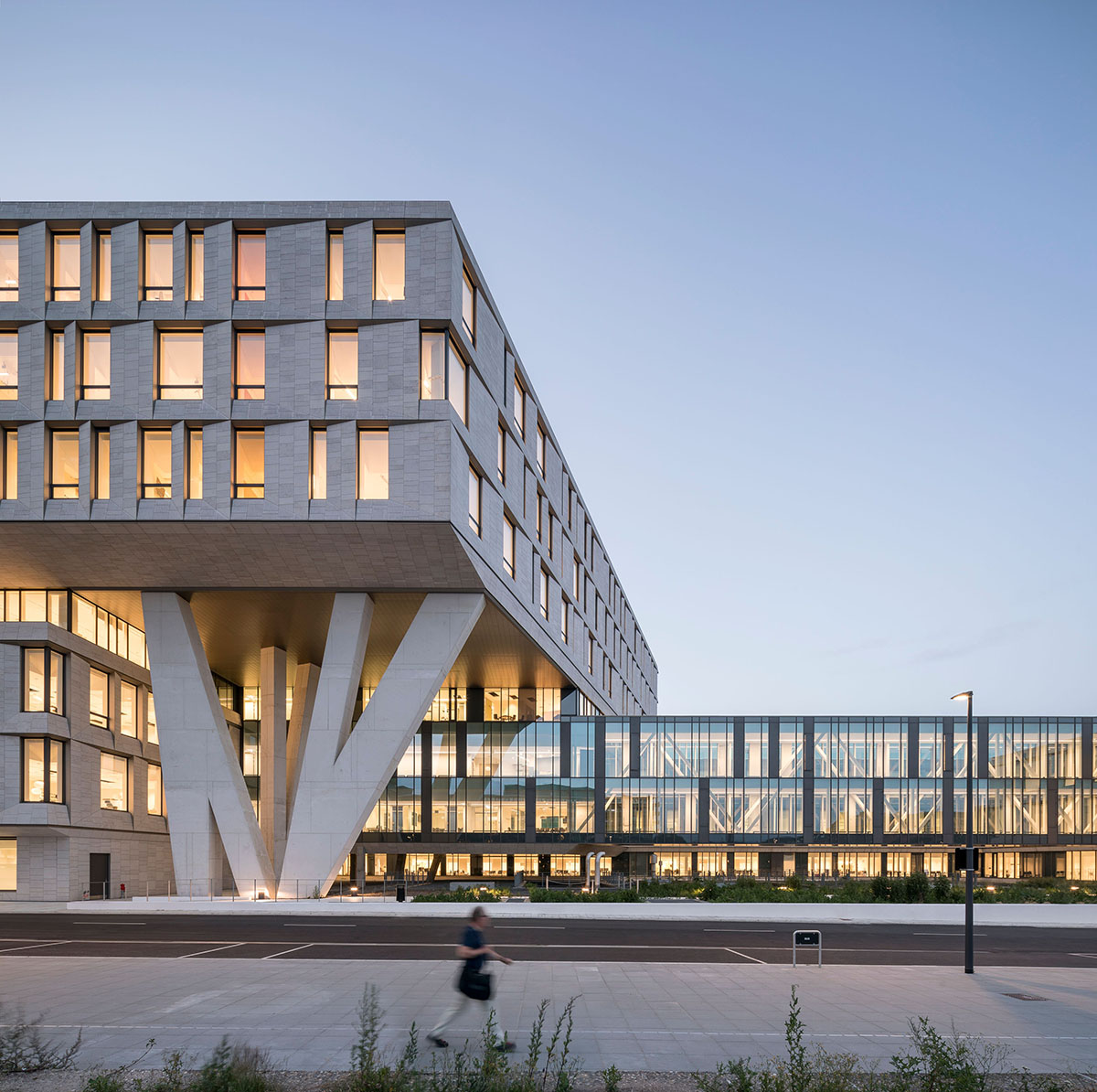 The Health – Completed Buildings category winner: Link Arkitektur and 3XN with Nickl & Partner and Kristine Jensens Tegnestue for the North Wing of the Rigshospitalet in Denmark.

Judges commented that the project "carefully considered the daily working situations of staff throughout the hospital environment’ and felt that ‘this building changes perceptions of how hospitals can be experienced by patients and visitors – how the city of Copenhagen will use it – with clear wayfinding and a heightened connection to the outside world and natural light which exemplifies excellence in health care." 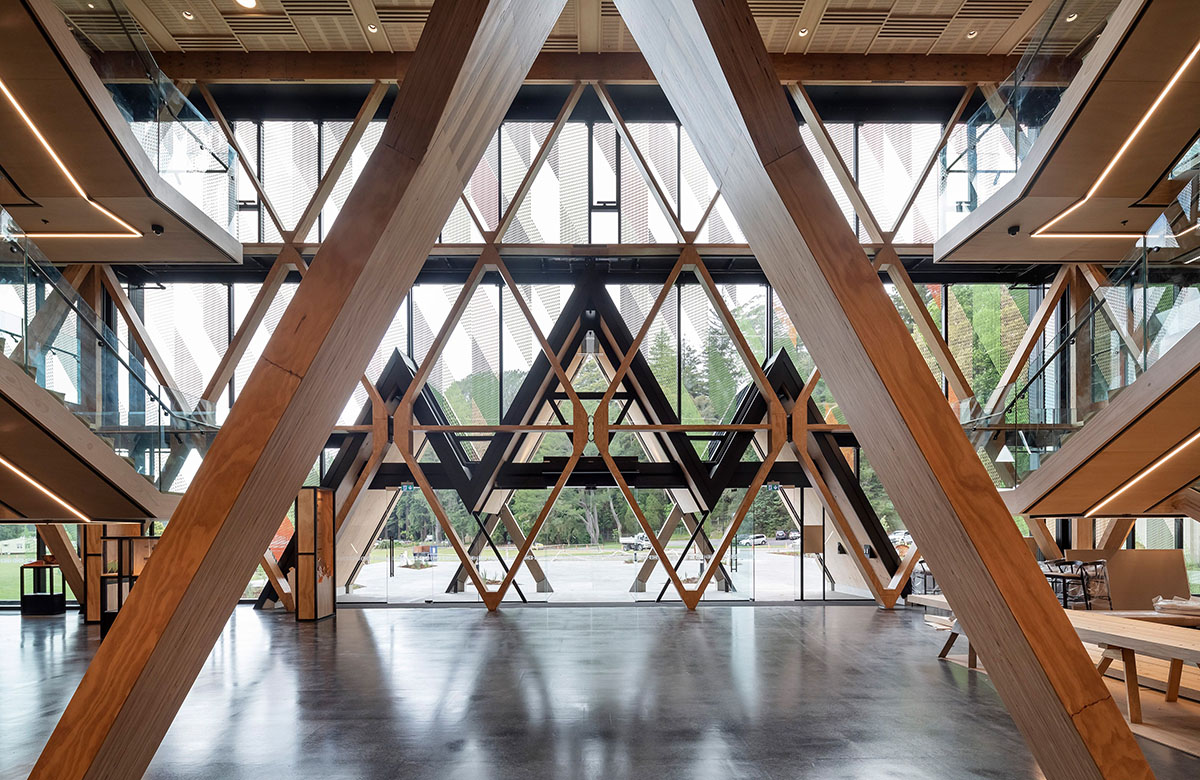 Judges celebrated the project for key factors including "simplicity in design", "use of minimum materials’ and the ‘ability to be disassembled and re-assembled." 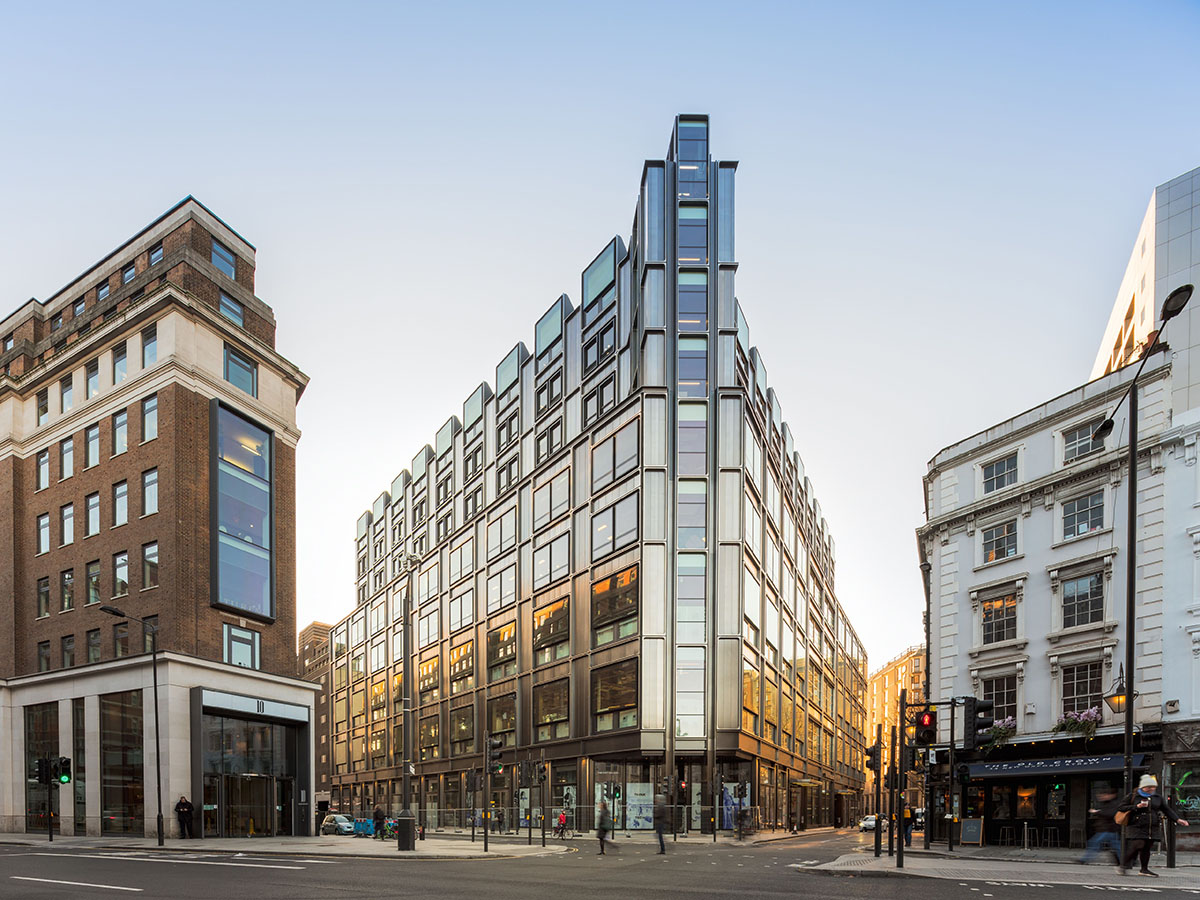 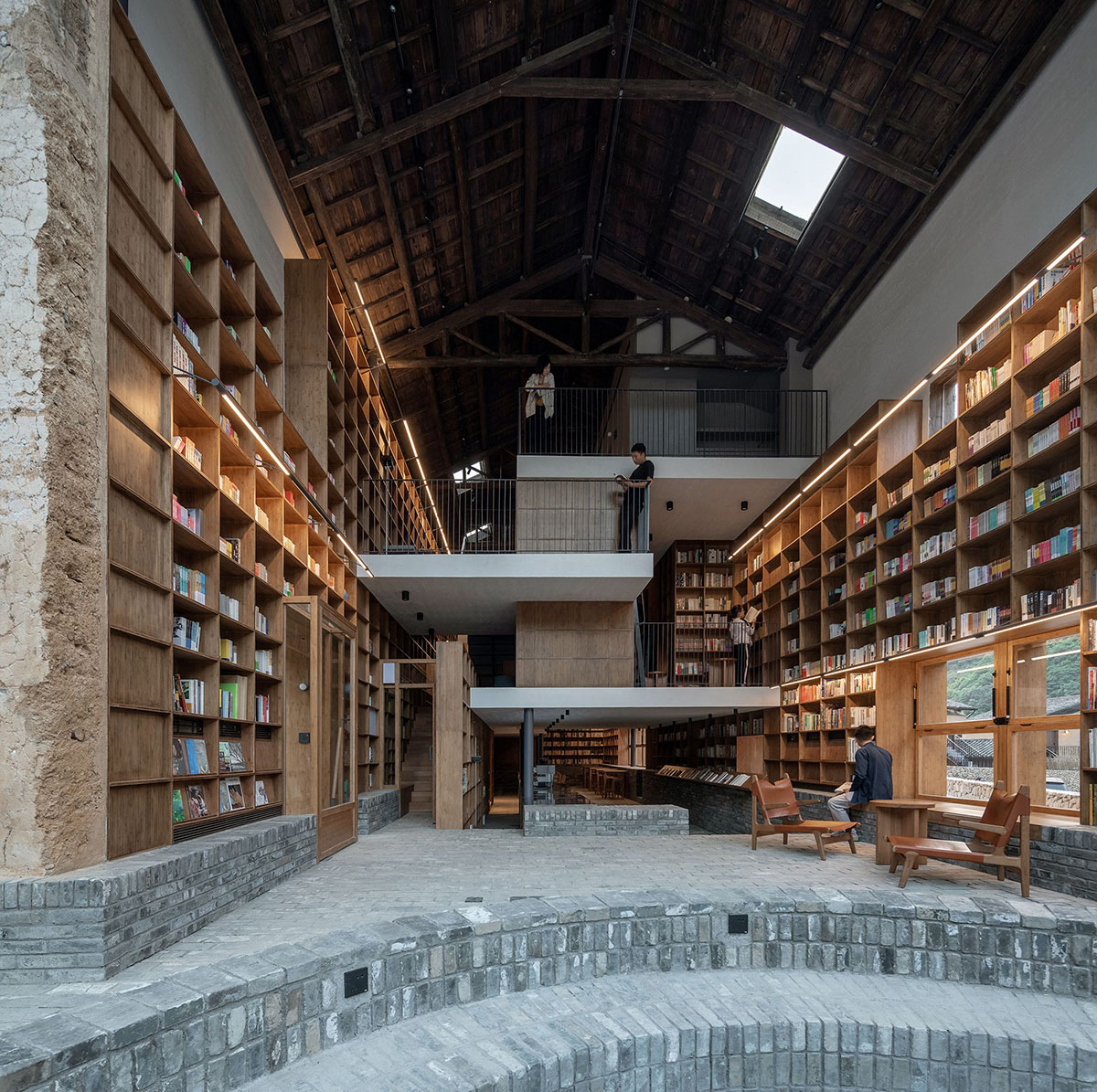 Described by the judges as a "beautifully detailed building that preserves the spirit of a family farm with an entirely new use", the architects used rammed earth walls as a container to insert a library, threaded through two stacks of capsule hostel rooms. 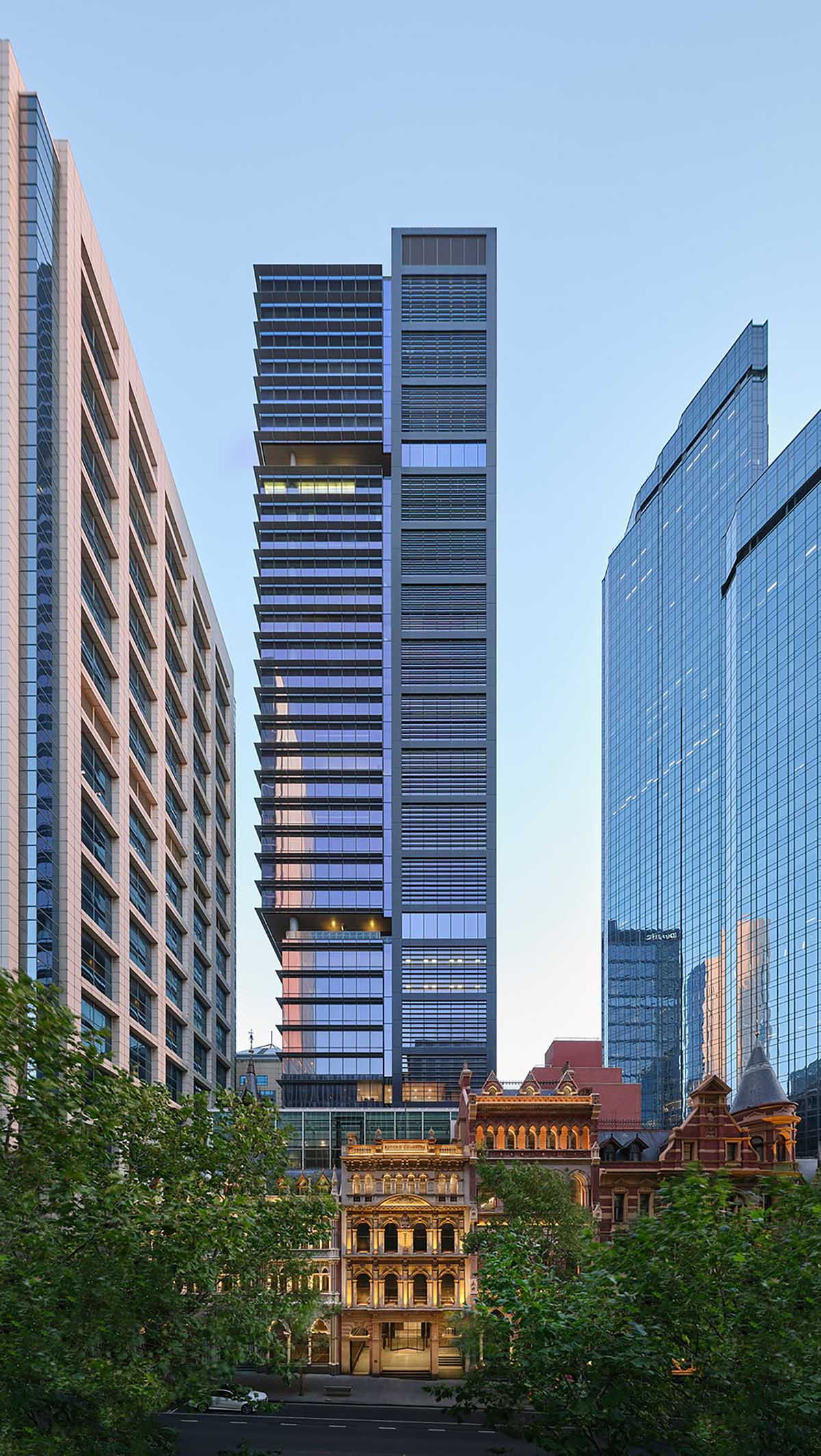 Judges praised its balance and connectivity of old and new in a challenging setting, "neatly renovating the front street late 19th Century eclectic buildings, while realizing a striking tower behind." 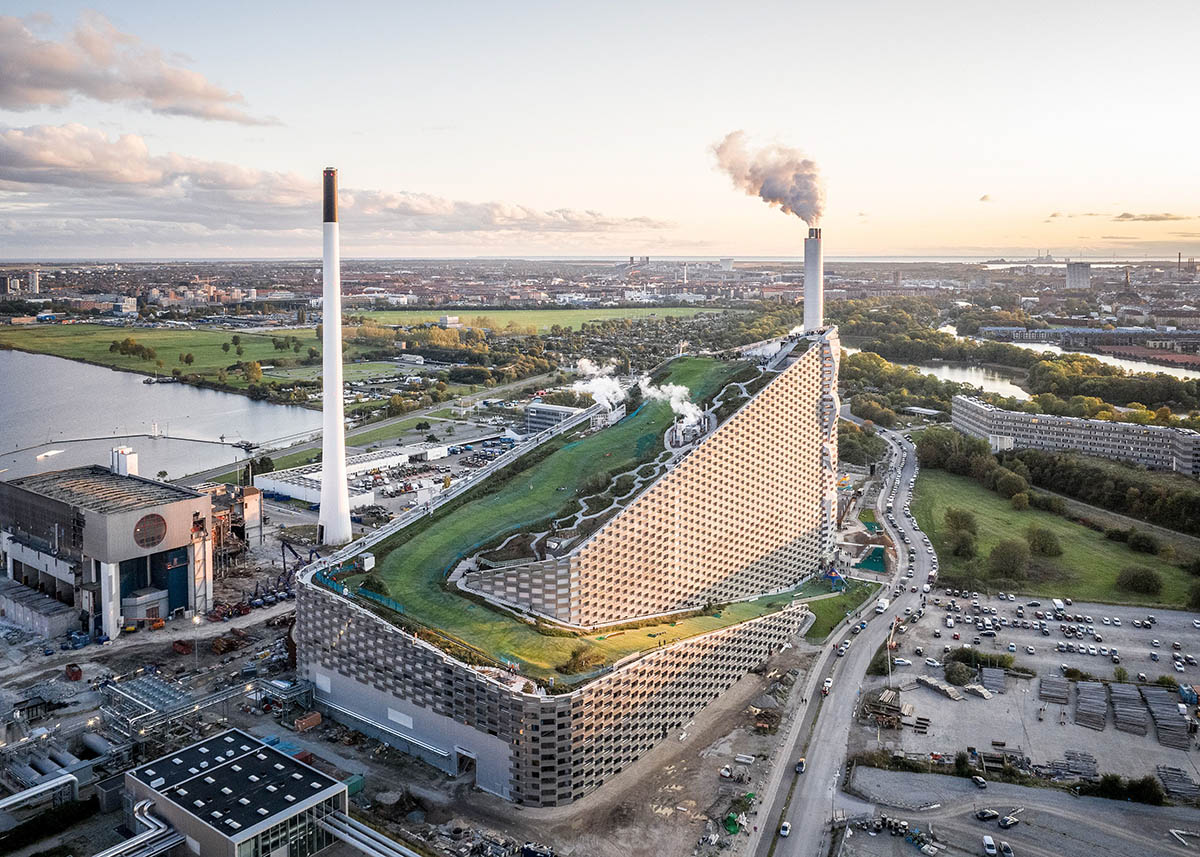 The project was described by judges as "a new iconic landmark for the city of Copenhagen. The highest and the most beautiful artificial mountain of Denmark."

The Religion – Completed Buildings category winner: Tezuka Architects won the award with Niijima Chapel in Japan. Judges were impressed by "the poetic quality of the space’ and complimented the ‘simplicity and sophistication of the structural design." 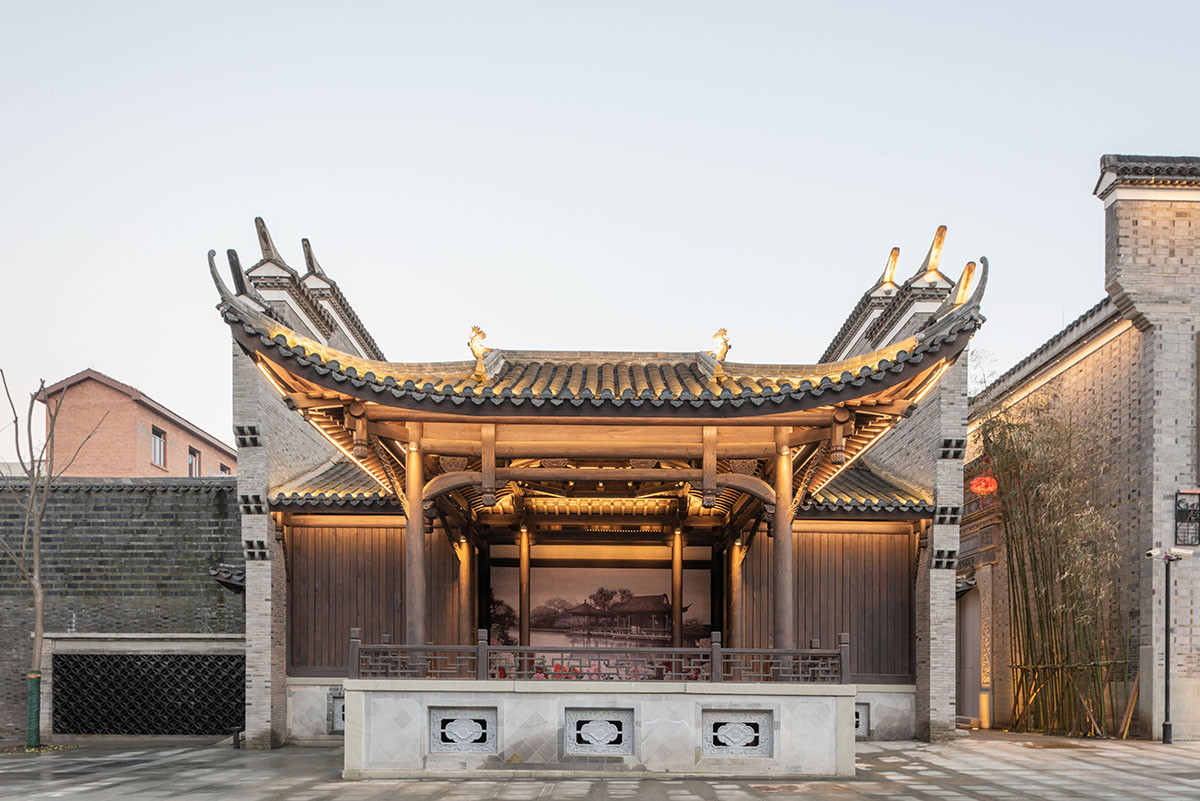 The Shopping – Completed Buildings category winner: Shanghai Urban Architecture Design Co Ltd won the award with New Alley – Old Story. The building features a ‘strong urban design response with a clear sense of context and character that builds on the history and traditions of old Nanchang’.

Judges felt that "the key to the success of this development was the rich texture and palette of crafted materials, gained through the rebuilding of original buildings and the development of a new streetscape that maintains an appropriate urban scale and context." 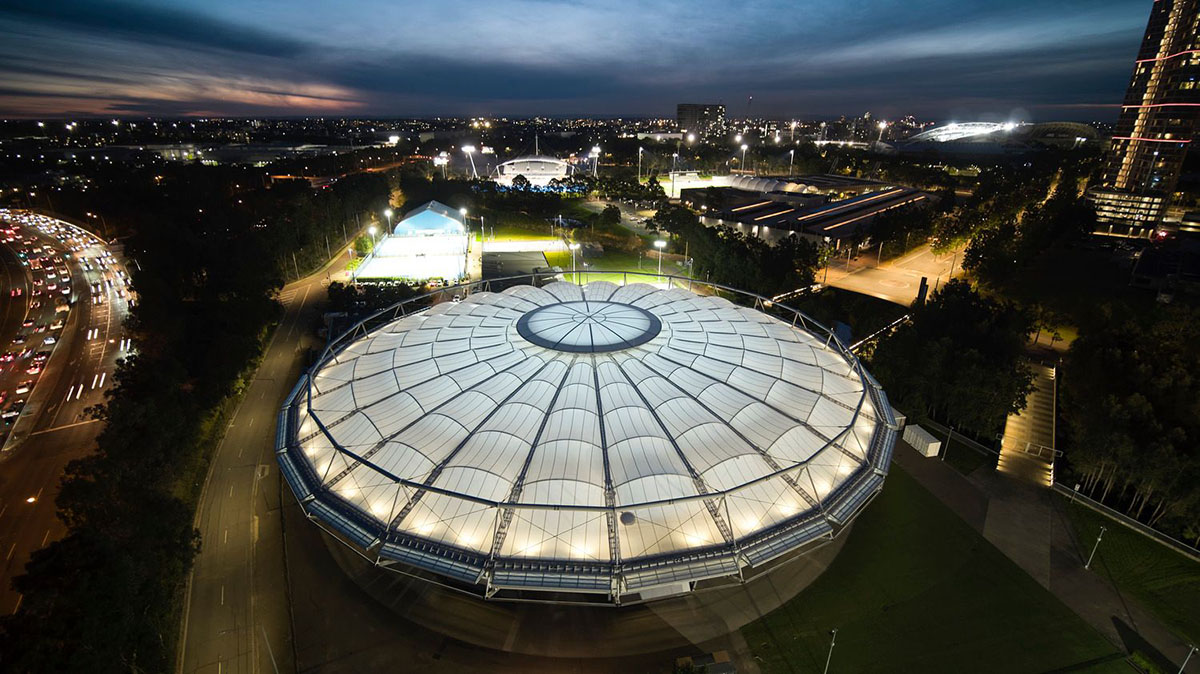 The project "creates a new typology of a naturally ventilated but enclosed tennis arena". Judges highlighted that ‘the intervention is minimal but transformational through lightweight engineering and sustainability considerations." 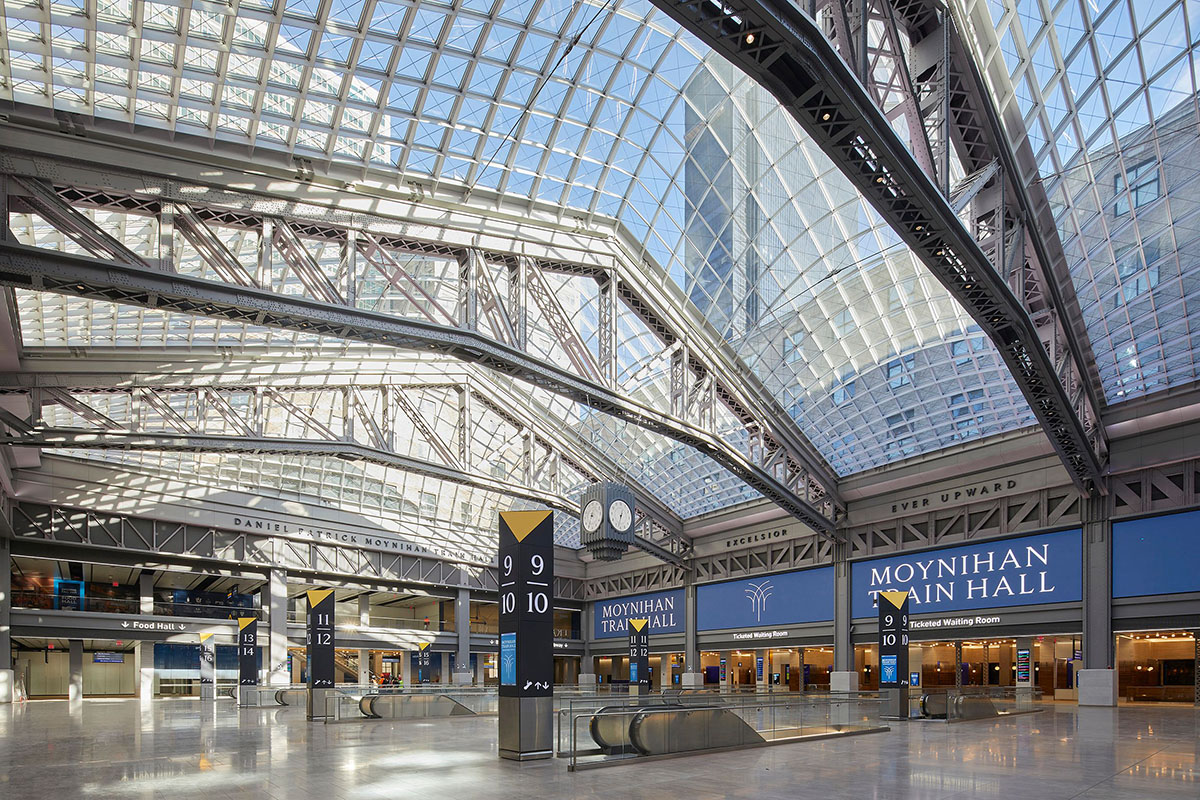 The Transport category winner: Skidmore, Owings & Merrill won the award with Moynihan Train Hall in New York. Judges praised the "highly sustainable performance and the subtle adaptive reuse of this landmark building’ as well as ‘the team’s contextual approach linking into the culture of NYC." 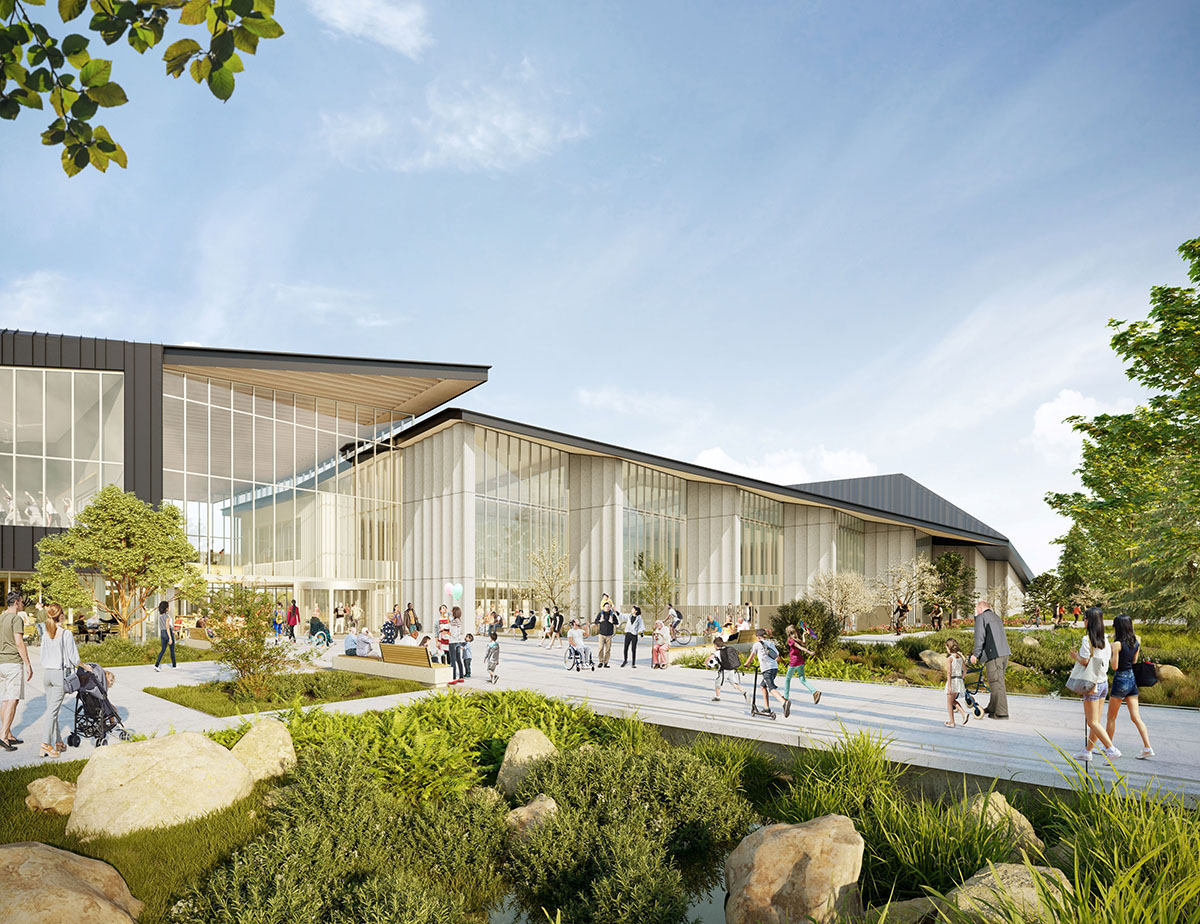 HCMA’s Aquatic Community Centre in Canada, was a "highly sophisticated building whose apparent simplicity belies the subtlety of thinking behind the design". Judge praised "the detailing of the elevations and the transparency of the main facades that establish a clear relationship between the indoors and outdoors." The Civic – Future Projects category winner: Revitalising Rural Communities by Verform, which proposed to extend and adapt a women’s health and community building in rural Egypt.

Judges felt the project was "an exemplar in sensitive participatory design from which a very accomplished building emerged with a visible celebration of the work (and status) of women in a rural environment’ and added that ‘projects like this represent a sustainable future." 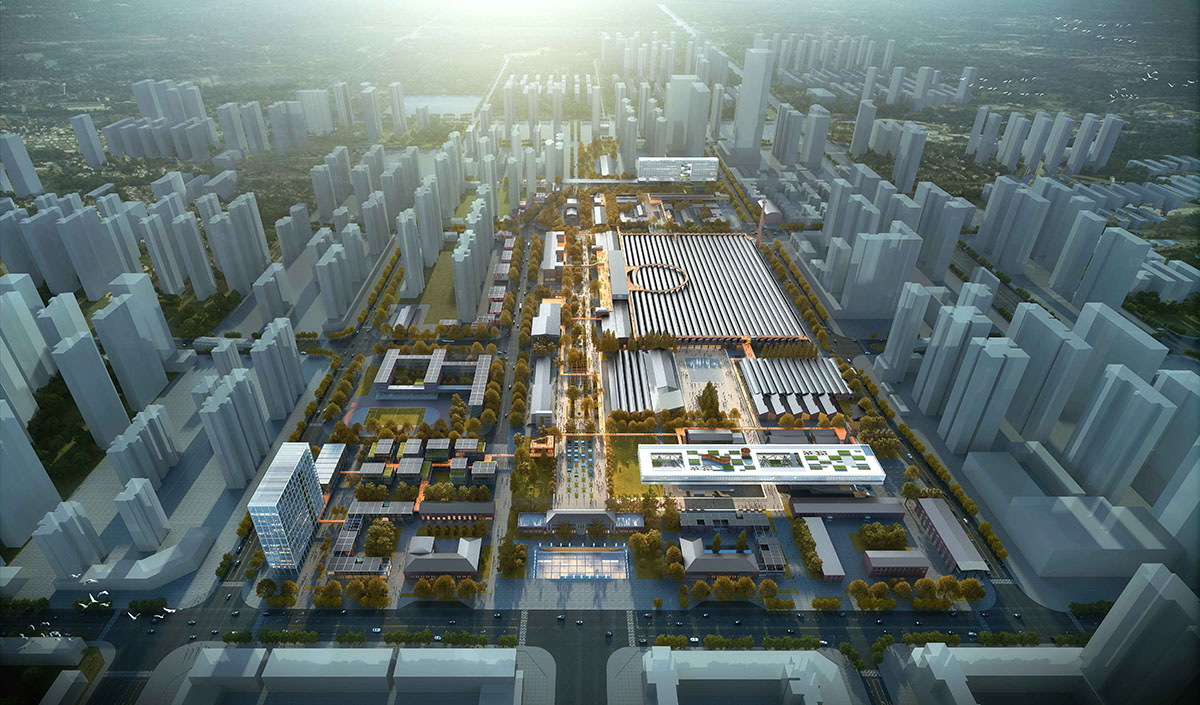 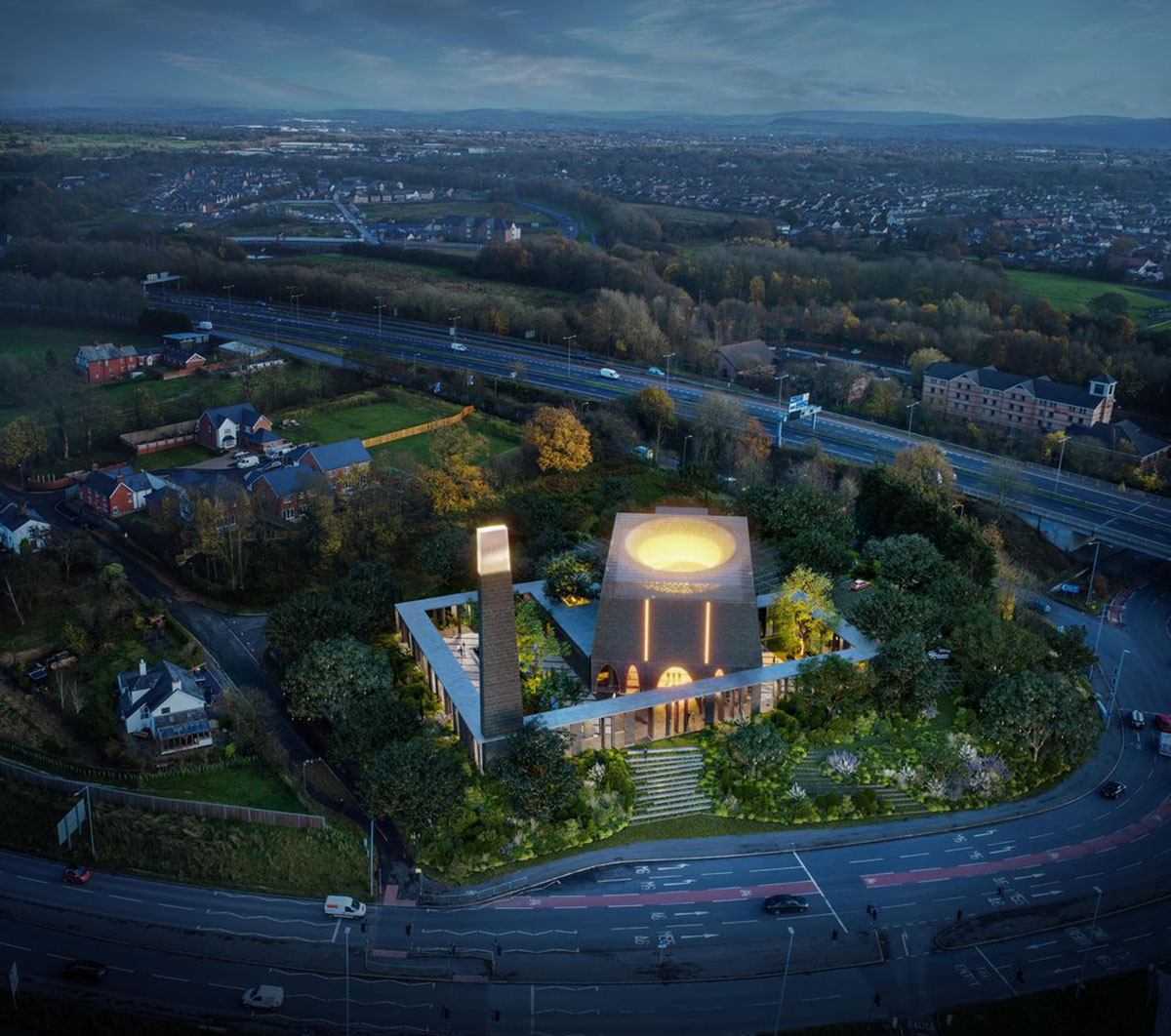 The design aspires for visitors to both literally and metaphorically rise above their surroundings, and leave behind nearby motorways and dwellings. The building also draws in both worshippers and other members of the community, making it a shared space for congregation, discussion, discourse and social activity.

Judges praised the team for "showing extraordinary ambition and commitment for actively seeking out the challenge to contribute to a community project in a developing country". Judges felt that the project, which is under construction, was "much more than a building but a catalyst for change in a rural community – teaching the local community simple building techniques with which to construct the music centre, giving them valuable skills to use elsewhere." 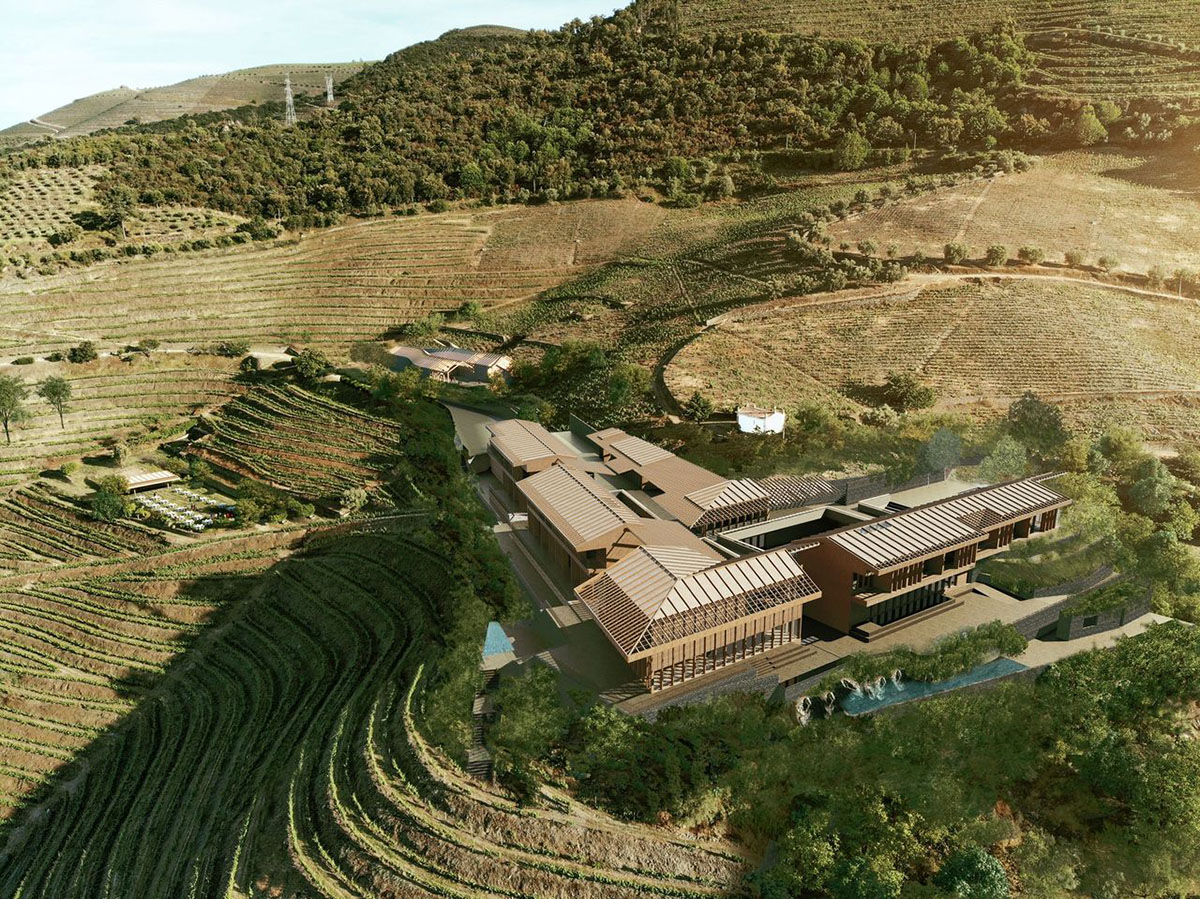 The Leisure-led Development – Future Projects category winner: Atelier Sergio Rebelo won the award for the Winery in Denmark. The winner was chosen as a scheme occupying a difficult site but resolved with careful analysis, a consideration of historic context and contemporary functionality, and the demonstration of a suitable level of creativity.

Judged commented that the architects had "demonstrated an adept use of local materials, using the vertiginous convex and concave hillside to accommodate a range of complicated functions." 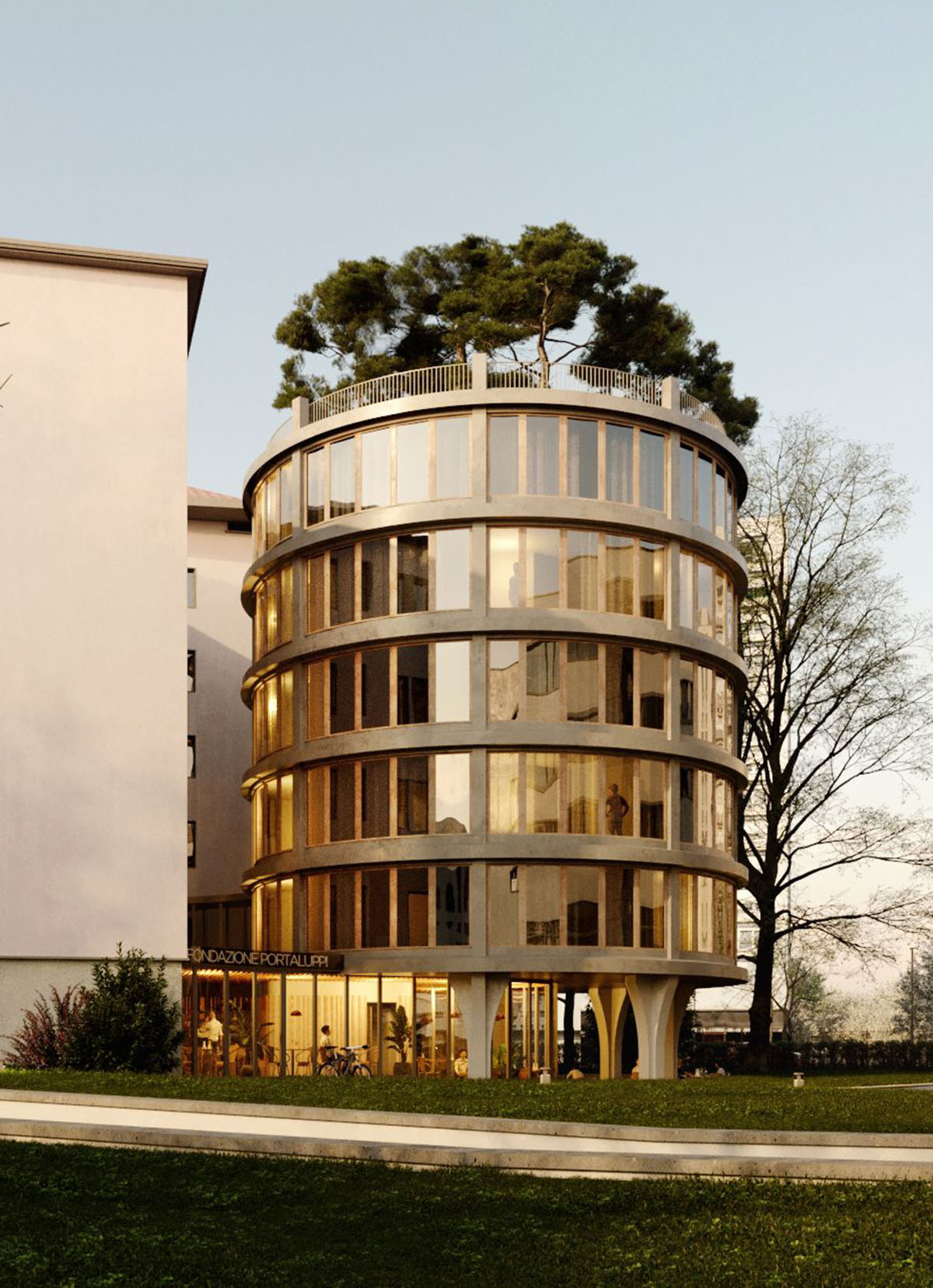 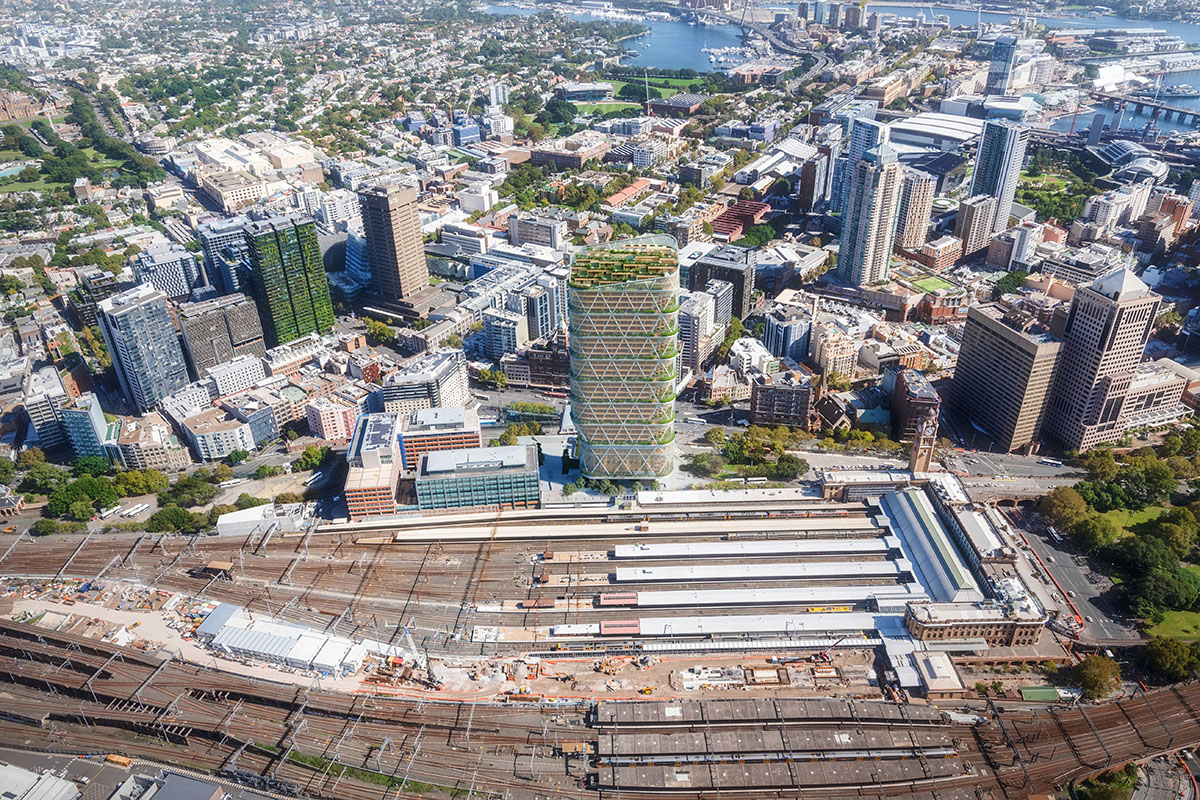 The winning project was described as ‘liberating in its approach’ – with its focus on wellbeing and the way in which it innovatively enables three-dimensional internal changes for current and future uses. 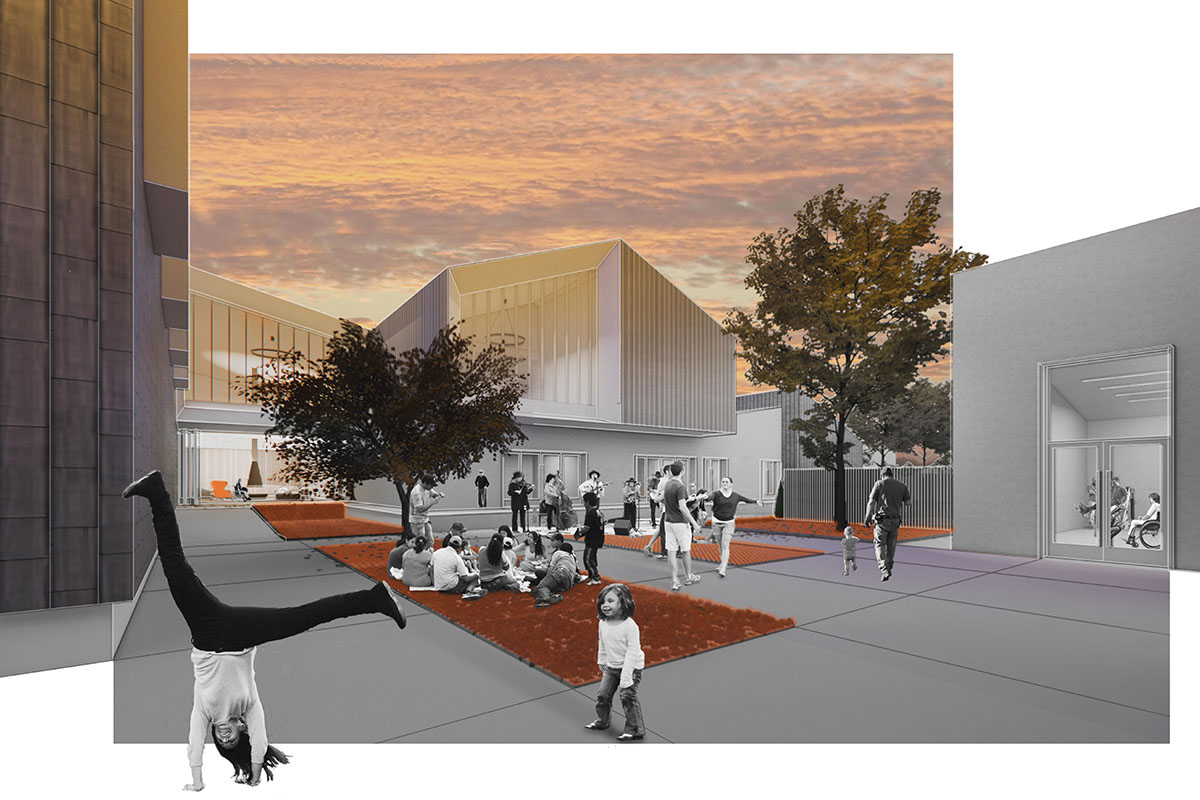