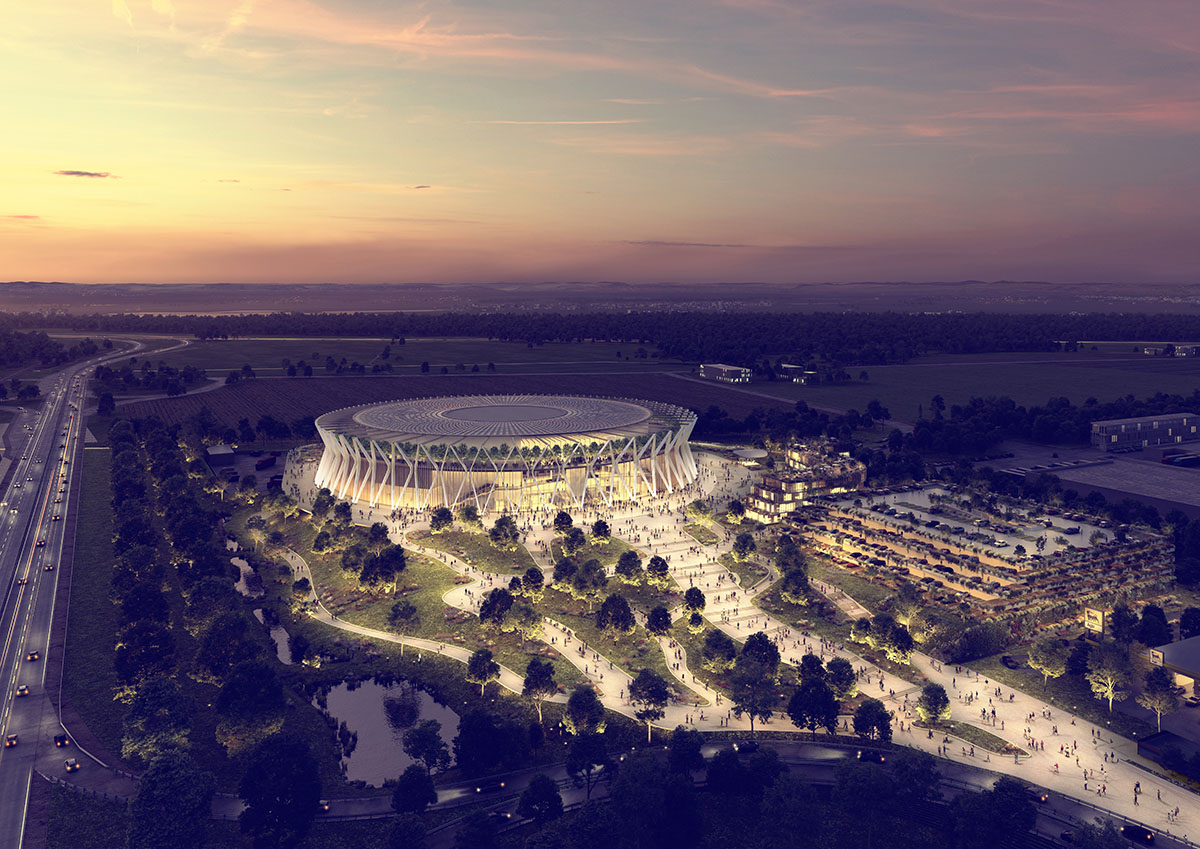 Global architectural design firm Populous has been selected to design a new multi-use event arena in Munich, Germany, the new 20,000-capacity arena has been given the go-ahead by the City Council.

Populous, known as the world’s leading sports stadium architecture practice, was selected in a multi-stage architecture competition for which the jury was chaired by Professor Markus Allmann.

The design is being developed together with Bavaria-based SWMUNICH Real Estate GmbH (SWMUNICH) and the local developer will build and operate a world-class multi-use concert and convention centre.

The venue will function as a multifunctional Concert and Congress Center stadium and accommodate up to 20,000 people. 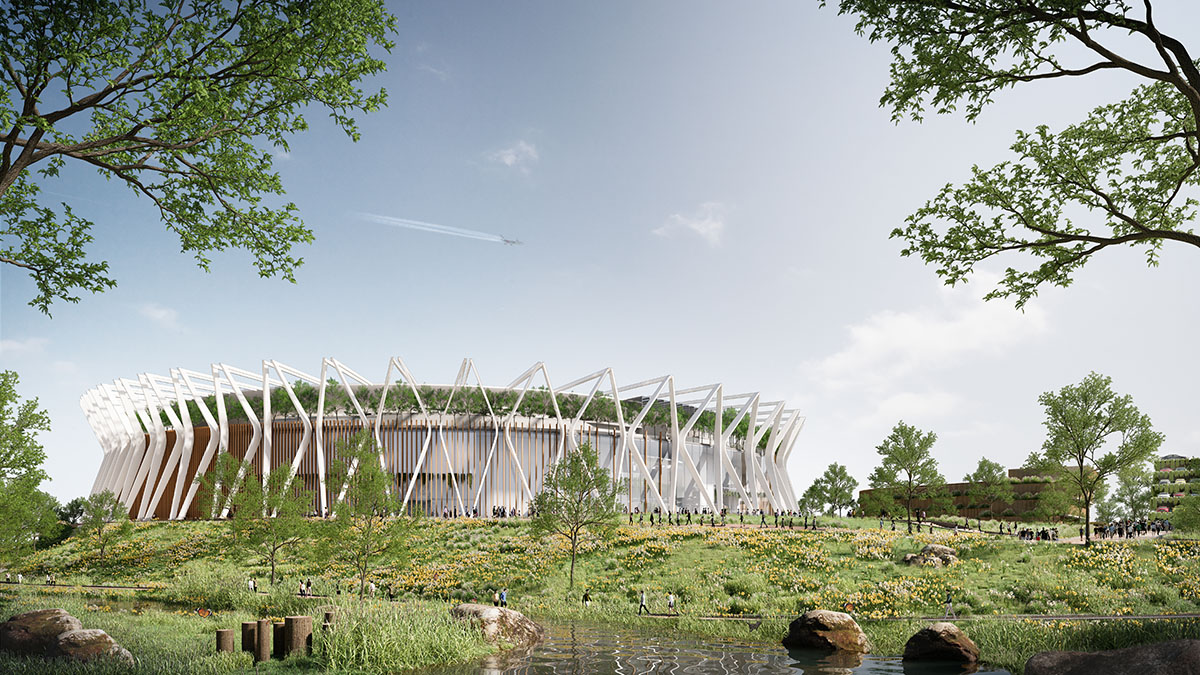 Populous is inspired by Bavarian heritage and character and wrap the venue with a three-dimensional structural skin referencing to "the lozenge shape used in the Bavarian state flag."

"This instantly and clearly associates the arena with the south of Germany and creates a high recognition factor," stated a press release by Populous.

"The arena’s structure means that even from a distance, visitors can see inside the arena and get a taste of the entertainment that awaits them."

Dubbed as the Multifunctional Concert and Congress Center (MUCcc), the interiors of the arena are designed according to future demands of artists in terms of technology, stage shows and productions.

Populous considered and tailored countless details to satisfy the needs of artists, organisers and visitors. The venue aims to provide incomparable concert and live experiences.

Inside, the venue's seating will be designed in a horseshoe shape (270 degrees), entirely bringing the focus on the multifunctional stage.

The design will integrate "the combination of steeply raked seating, state-of-the-art technology and the expertise of acoustic specialists" who have worked on opera houses and symphony halls, according to the studio, and this will create world-class experiences at concerts and live events. 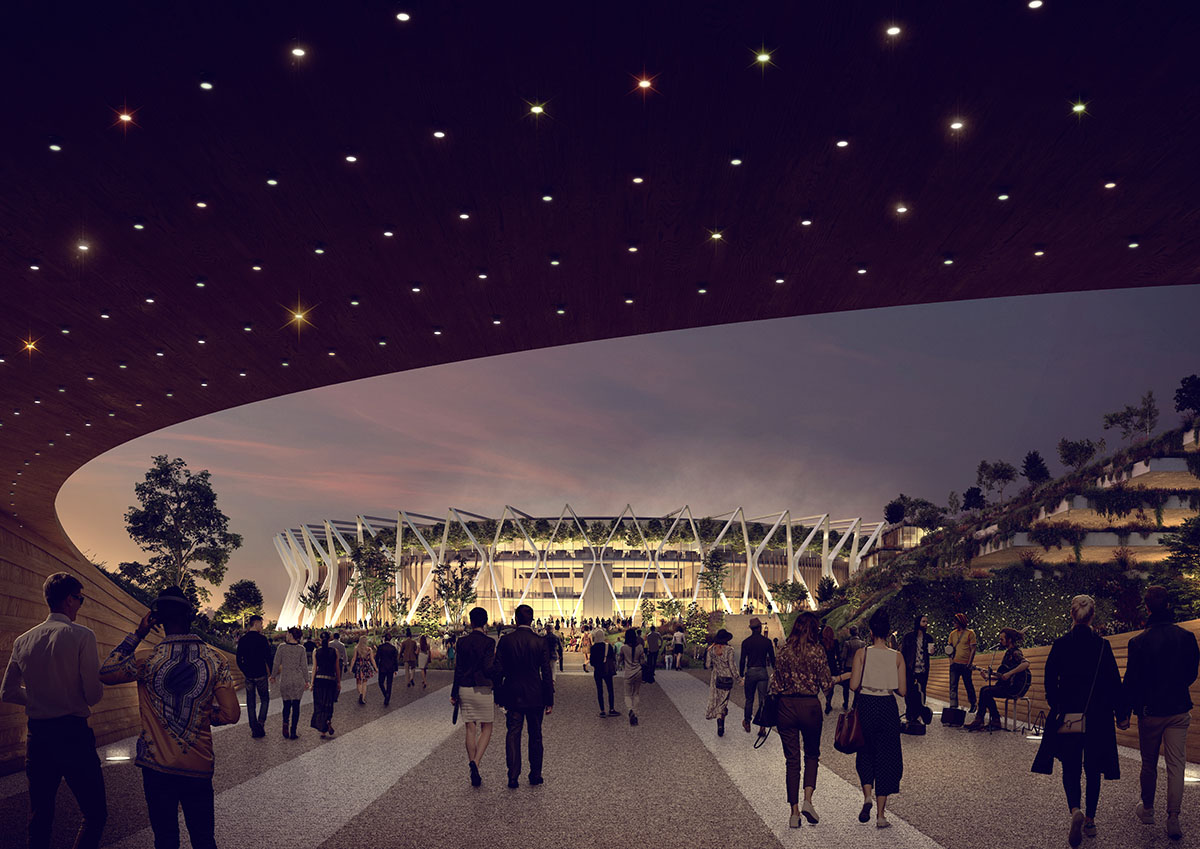 Set to be located in an entirely new green space adjacent to LabCampus, the technology and innovation centre at Munich Airport, there is currently no comparable venue in the metropolitan area of Munich.

The new arena is intended to be a new cultural landmark of the region and boost tourism and the local economy.

"It will be an instantly recognisable venue, reflecting the character and culture of the area and offering an unparalleled visitor experience. The arena will create a new landmark for Munich," Sin-Jae Yoo added.

The new event arena will be a first-of-its-kind for Germany and will be built based on climate-neutral principles thanks to lifecycle-based planning, aiming to reduce the carbon footprint during construction and climate-positive management its operational phase.

Populous explained that "Several thousand solar panels on the roof of the arena and around the site, coupled with the potential for geothermal energy and district heating, will ensure that the energy for operating the arena can be generated and supplied on site." 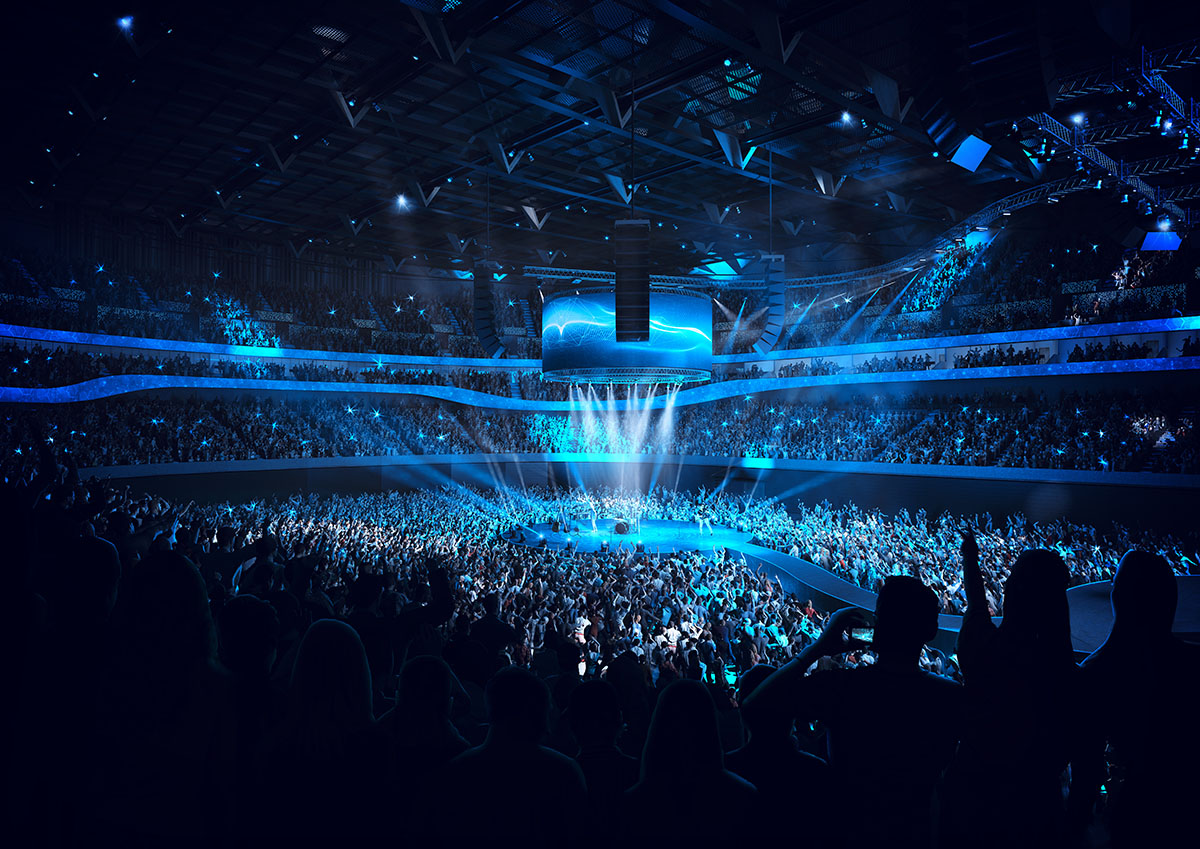 "The design for MUCcc Arena places people at its heart, delivering a unique and immersive visitor experience, as well as showcasing the very latest in sustainable design methods," said Declan Sharkey, Lead Architect for the project and Senior Principal at Populous.

"The project will create a new cultural centre for Munich and the wider Bavarian region to rival the best live entertainment venues in the world," Sharkey added.

"The United Nations Sustainable Development Goals provide the framework for the arena’s sustainability and climate strategy, and it will be certified according to an internationally recognised sustainability system, so that achievement of the targets can be objectively evaluated and transparently measured," stated Populous.

Populous is a global architecture and design practice that has led the design and delivery of some of the most iconic sports and entertainment projects across Europe and around the globe.

Populous is also designing a new stadium for Mexico's Liga MX football club Tigres UANL and a cathedral-like stadium set to be replaced with Milan's Meazza Stadium in Italy.

All images by Populous.