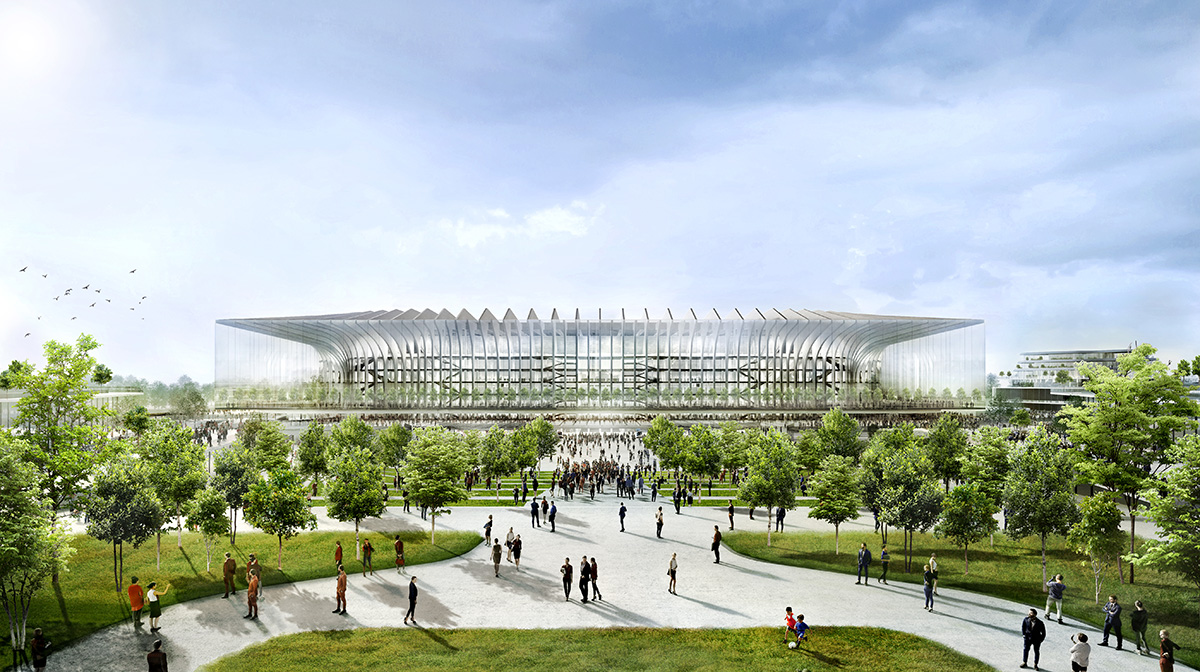 AC Milan and FC Internazionale Milano have announced plans for a new stadium set to be replaced by Milan's Meazza Stadium, also known as the San Siro in Milan, Italy.

The new stadium, named The Cathedral, will be designed by Populous, the world’s leading sports stadium architecture practice.

The new 60,000-seat venue is inspired by two of the most famous buildings in the city – the Duomo di Milano and the Galleria Vittorio Emanuele and will be a new home of Italy's important football clubs AC Milan and Internazionale Milano.

Developed as part of a revitalization plan of the area in the San Siro neighbourhood, with the new stadium, a new pedestrian-only, sport and leisure district will be created with a 50,000-square-metre park and underground parking.

Set to "become one of the most iconic stadiums in world football", the rectangular-formed stadium is encased by vertical fins that help to support its glazed façade. 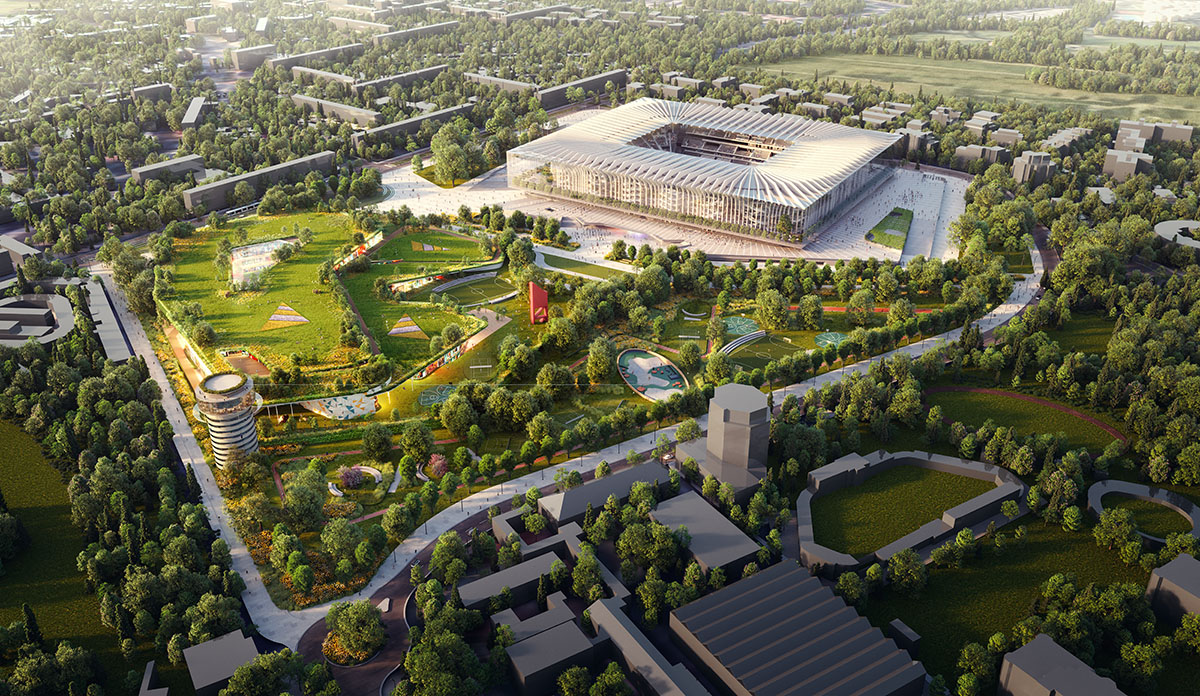 These vertical fins curve upwards and at the same time support the roof, while creating the impression that the stadium is soaring in the air from the outside.

Inside, around the stadium's bespoke seating bowl a flowing gallery space, called "sunlit galleria", will take a plenty of and provide a democratic space for all supporters and the citizens of Milano.

The stadium's bespoke seating bowl is described as "the most intimate in Europe" by Populous and is aimed to "bring fans closer to the action than ever before and creating an unforgettable atmosphere."

The Cathedral is set to be designed "to be the most sustainable stadium in Europe". As Populous explains, the galleria space will naturally be cooled and passively heated through photovoltaic panels that will be placed on the stadium roof.

The panels will generate electricity that is stored in battery banks for later use. Meanwhile, all rainwater will be collected from the roof and reused. The stadium will be surrounded by 22 acres of green space, which reduce water runoff and counteract the ‘heat island’ effect. The entire district will be connected to a central heating and cooling system. 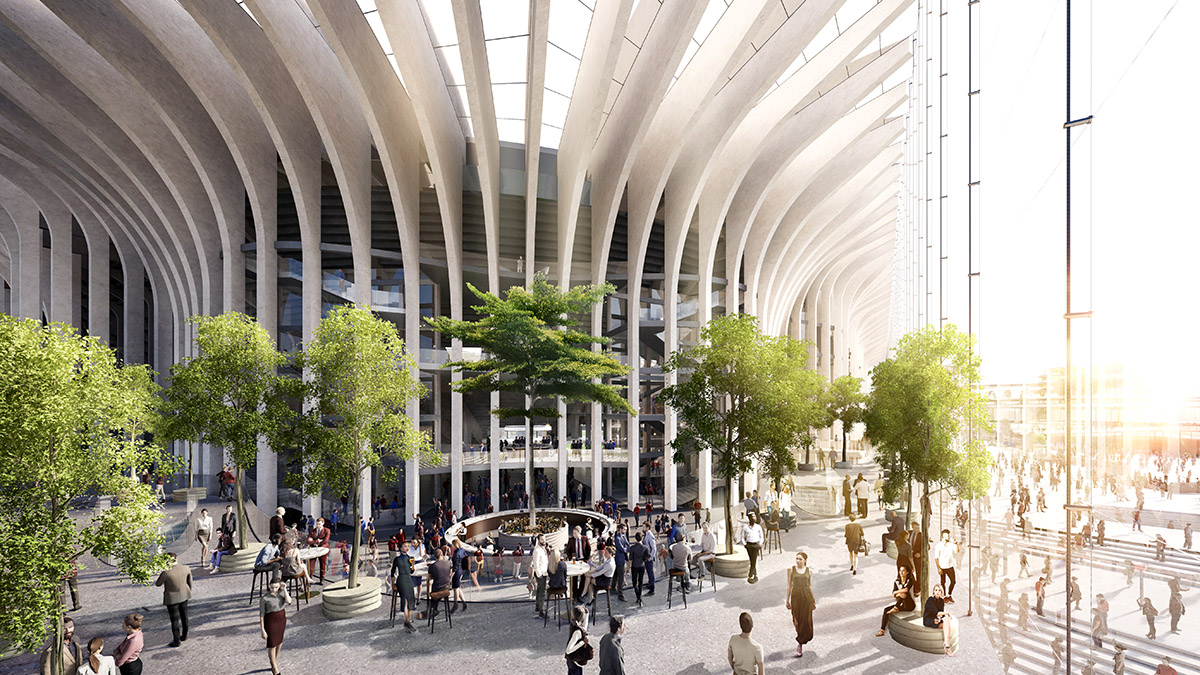 The new district is designed as pedestrian-only, with over 110,000 square meters of green areas. The parking lot, which represents 27 per cent of the total area in the current scheme, will be moved to a dedicated underground area.

"The Cathedral will be ground-breaking in terms of innovation and sustainability," said Populous.

"The new stadium, surrounded by a large green area, will be carbon neutral and LEED- certified, thanks to the use of the most innovative materials and cutting-edge technologies in terms of water and electricity usage, as well as noise control."

"The stadium’s accessibility and user experience will also be outstanding, offering unprecedented safety, comfort and sightlines, as well as a range of new public services," the firm added. 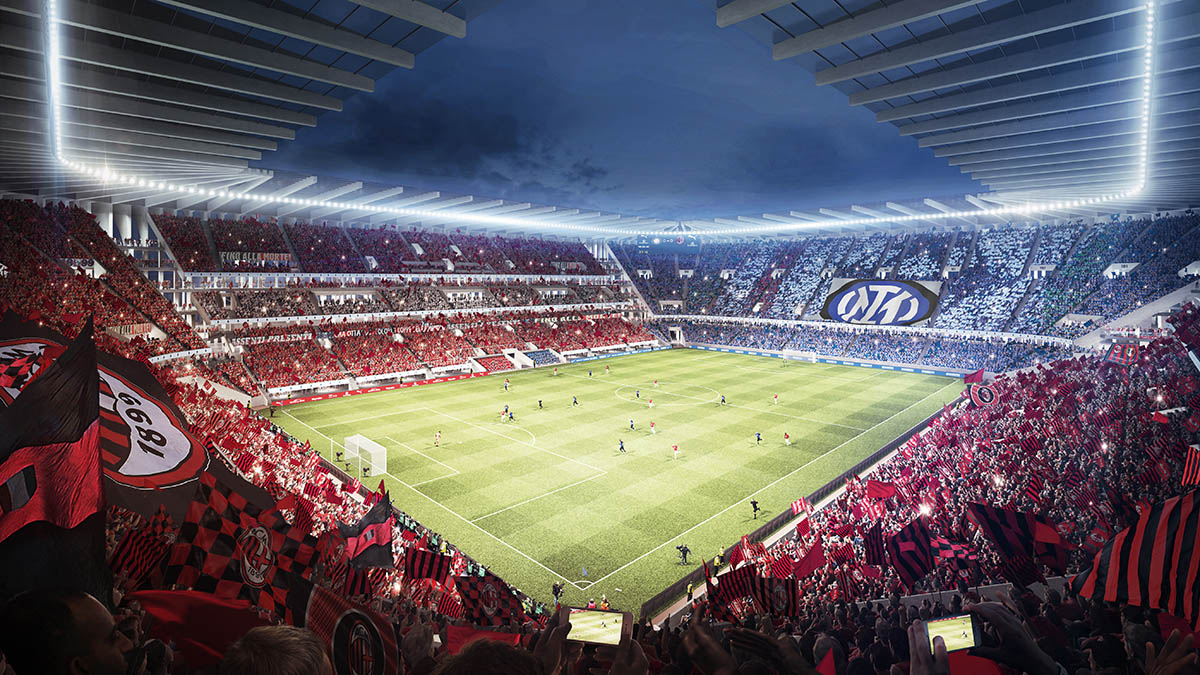 "Our design envisages the stadium as the most sustainable in Europe and the focal point of a new sports and entertainment district for Milano that will be alive throughout the year," said Declan Sharkey, Senior Principal and General Manager, Populous Italia.

"Underpinned by the history and traditions of these two great clubs, it will not only deliver an incredible sporting arena to watch football in but revitalise the whole area to better serve Milano’s citizens, visitors, fans and their families," Sharkey added.

"The Cathedral will become one of the most iconic stadiums in world football. It will create a world-class, modern, and truly bespoke home for the legendary clubs of AC Milan and FC Internazionale Milano and form the beating heart of a new civic district," said Christopher Lee, Managing Director – EMEA, Populous.

"It will be a stadium for all Milanese to enjoy for generations to come that is true to the city andhonours its heritage. A stadium of Milano and for Milano," Lee added.

Following the decision of Comune di Milano, the Clubs sped up the process to finalise the selection of Populous and kick-off the next phase of the project, which will be carried out in the next months. Populous aims to present a final version of the project at a later stage in 2022. 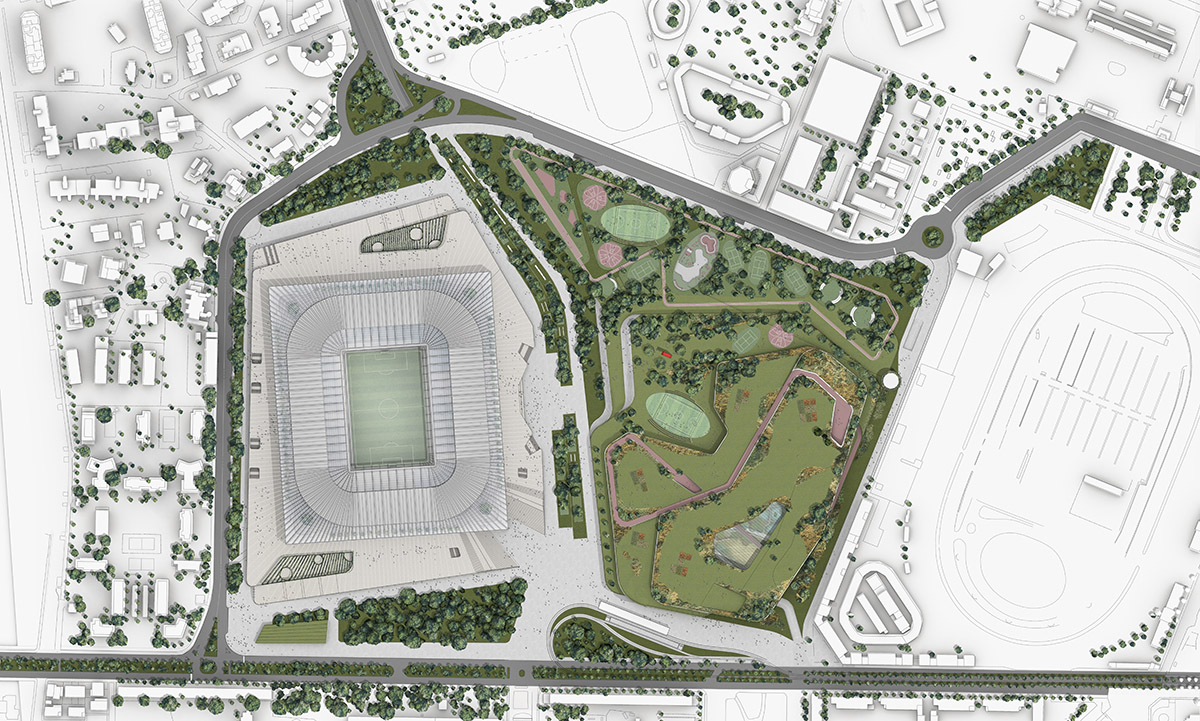 Known as one of the world's best stadiums, the San Siro has been home to the two football clubs since 1926. In 1990, the stadium has seen a major renovation for the 1990 World Cup by Ragazzi and Partners. However, the replacement of the San Siro has always been controversial, stirring controversy over its demolition plans.

All images courtesy of Populous.