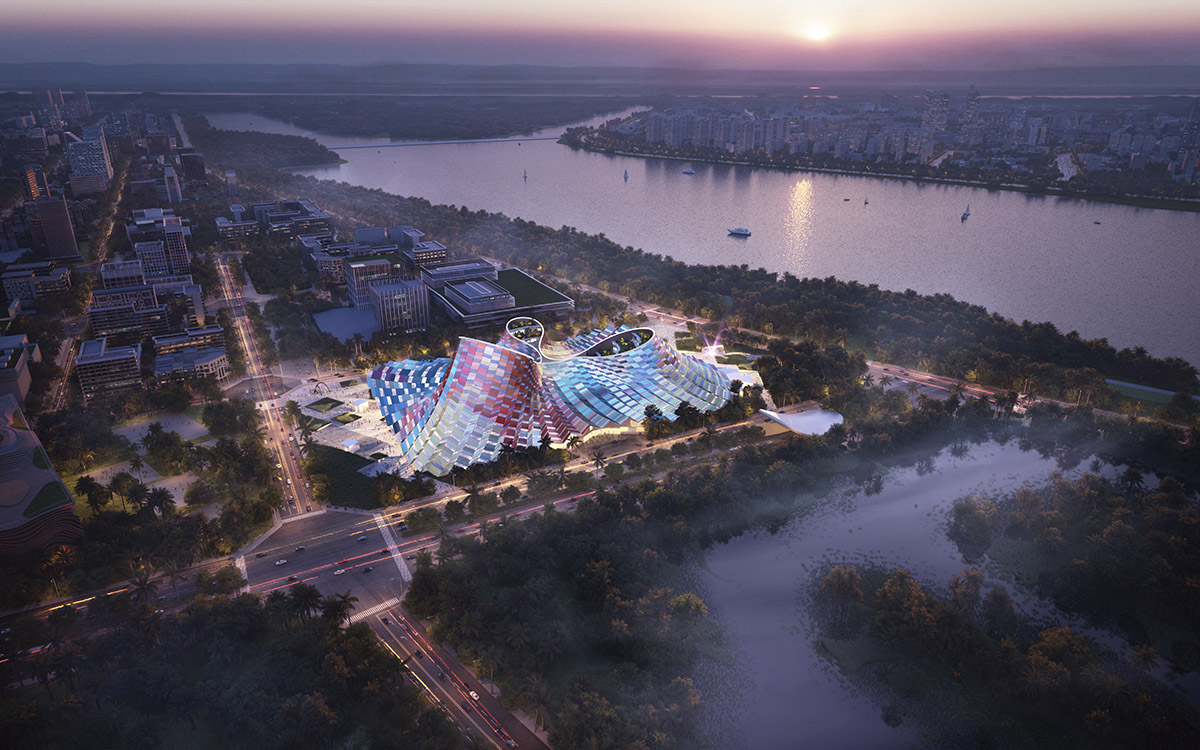 Heatherwick Studio has won a design competition for a new performing arts centre on the island province of Hainan at the southernmost point of China.

Called Hainan Performing Arts Centre, the new arts center is envisioned as a tropical opera house which will crown the city of Haikou on the island province of Hainan.

When completed, it will be the first opera house or music venue designed by Heatherwick Studio to date.

Heatherwick Studio's design scheme was selected in a competition organized by the Haikou Tourism & Culture Investment Holding Group. The competition brief called for a new cultural landmark with a top-tier performing arts centre. 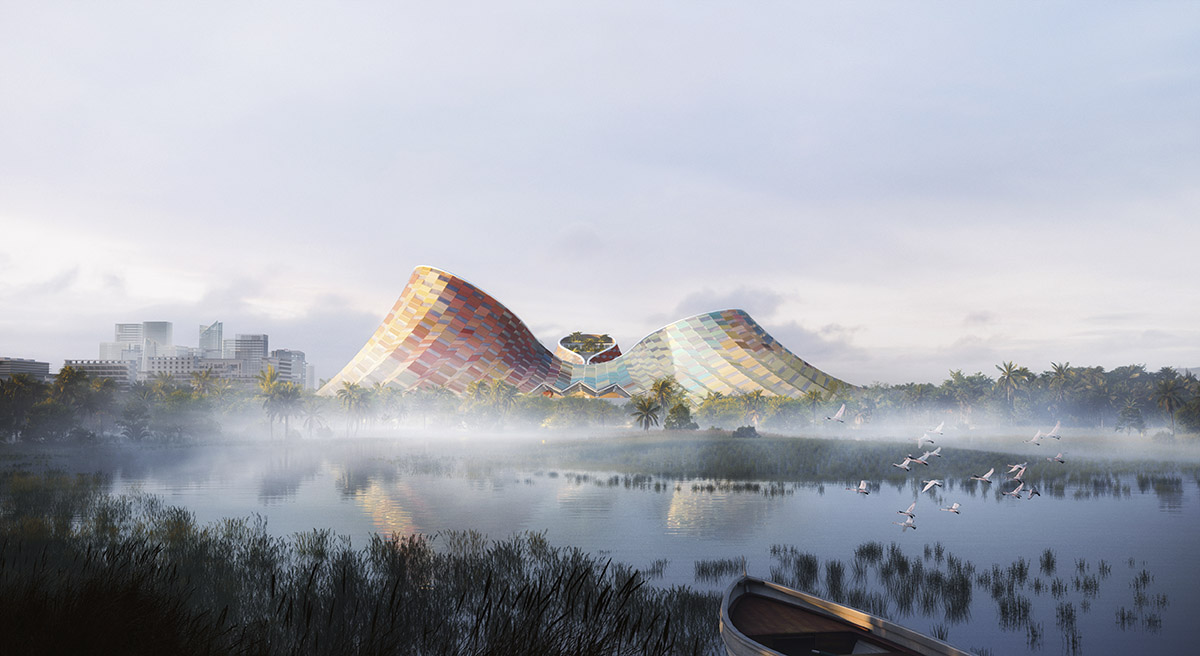 The new 3,800-capacity arts center will be built as part of a larger masterplan in the Jiangdong district of Haikou.

The program of the arts center includes three performance spaces: an opera house, a concert hall and a theatre - all of which come together as a focal point for the new Jiangdong cultural quarter just east of the historic city centre.

The building draws a distinctive silhouette with vivid and colorful canopy-like structure that evokes Hainan's volcanic landscape and costumes and colours, in which all elements create movement for the new arts center.

"Our inspiration came from the volcanic landscape and the costumes, colours and movement of Hainanese Opera," said Eliot Postma, Partner and Group Leader at Heatherwick Studio.

"Many opera houses are cut off from their surroundings and only come to life when a performance is on. We wanted to create a space that is an extension of the city and will contribute to life on the street throughout the day," Postma added. 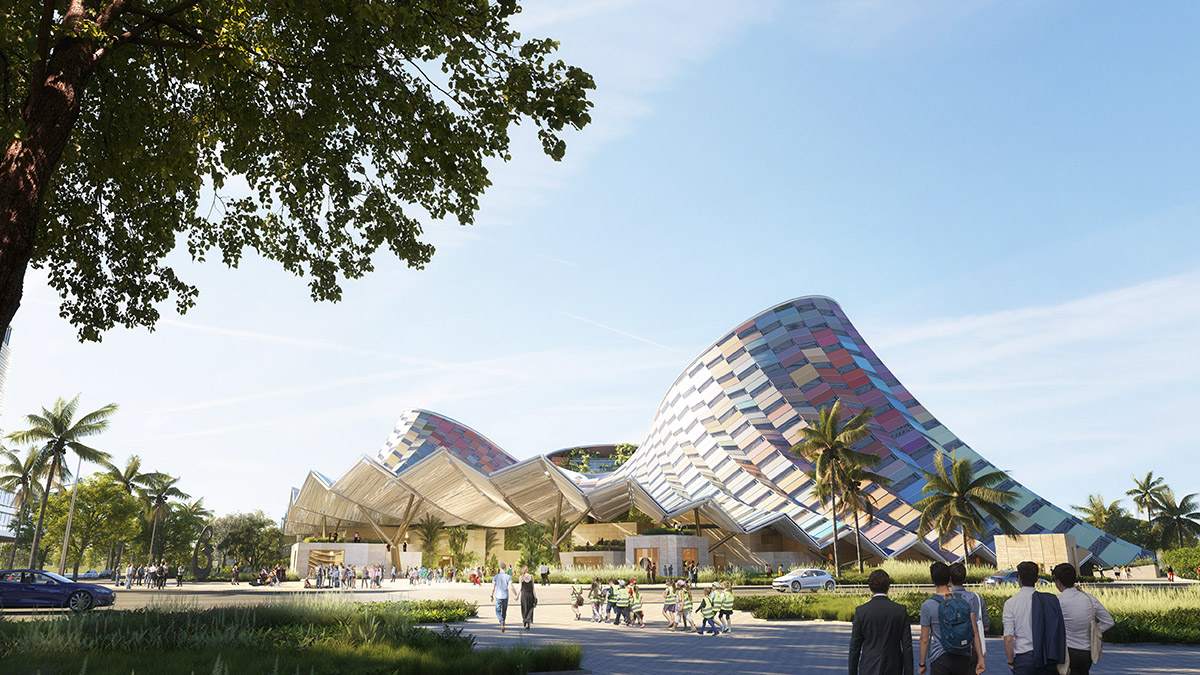 The new performing arts centre will have capacity for 3,800 people and integrate arts, creative, learning, rehearsal and performance spaces.

To create this smooth and curved geometry, Heatherwick Studio worked with a team of makers and engineers who crafted the design through physical and immersive digital modelling alongside rigorous testing and data analysis.

The flowing shape of the structure is derived from the local ecology and climate and it reduces energy consumption and costs while cooling the environment for visitors and users of the space.

"The canopy shelters a mix of different spaces that form an open-air village, of which the halls are a part," Postma continued.

"It blends the formality of performance with the informality of island culture, making opera more accessible and offering everyone a space to meet whether you have a ticket or not." 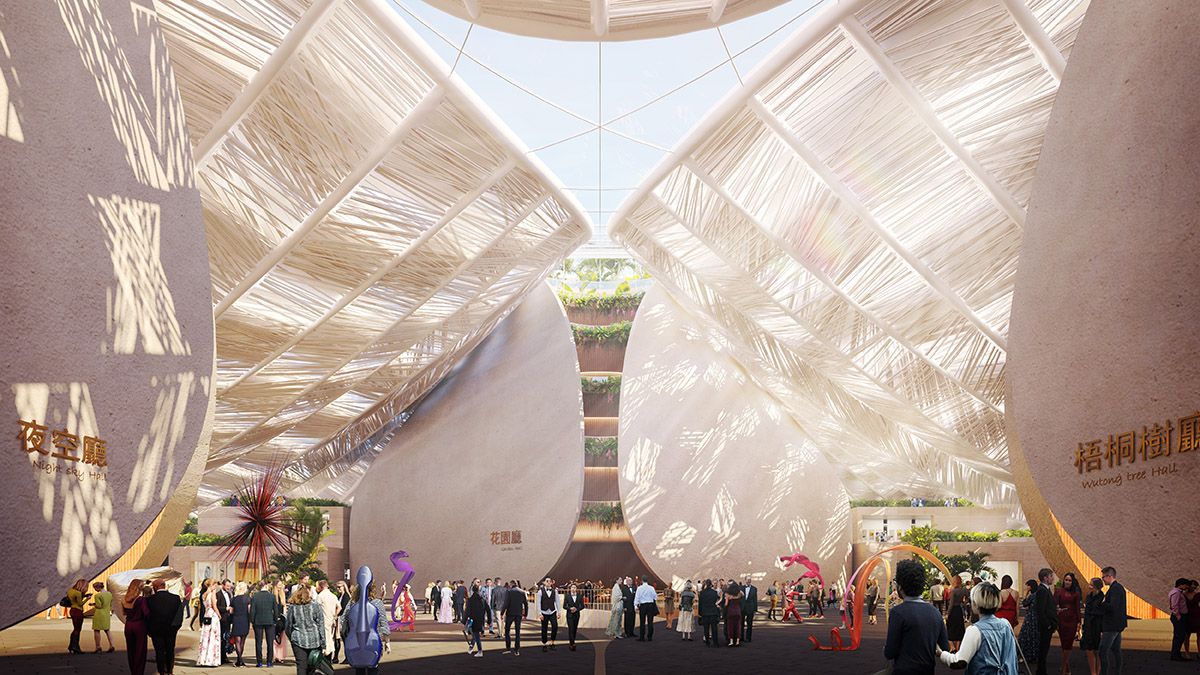 Construction of the main building is scheduled to begin towards the end of 2022.

Heatherwick Studio is also designing an undulating plant-shaped pier in South Korea. The studio revised design for its 1700 Alberni Residential Towers in Vancouver.

Heatherwick Studio previously completed Little Island, a 2.4-acre urban park and performance venue situated above the Hudson River in New York, which opened to the public in 2021.