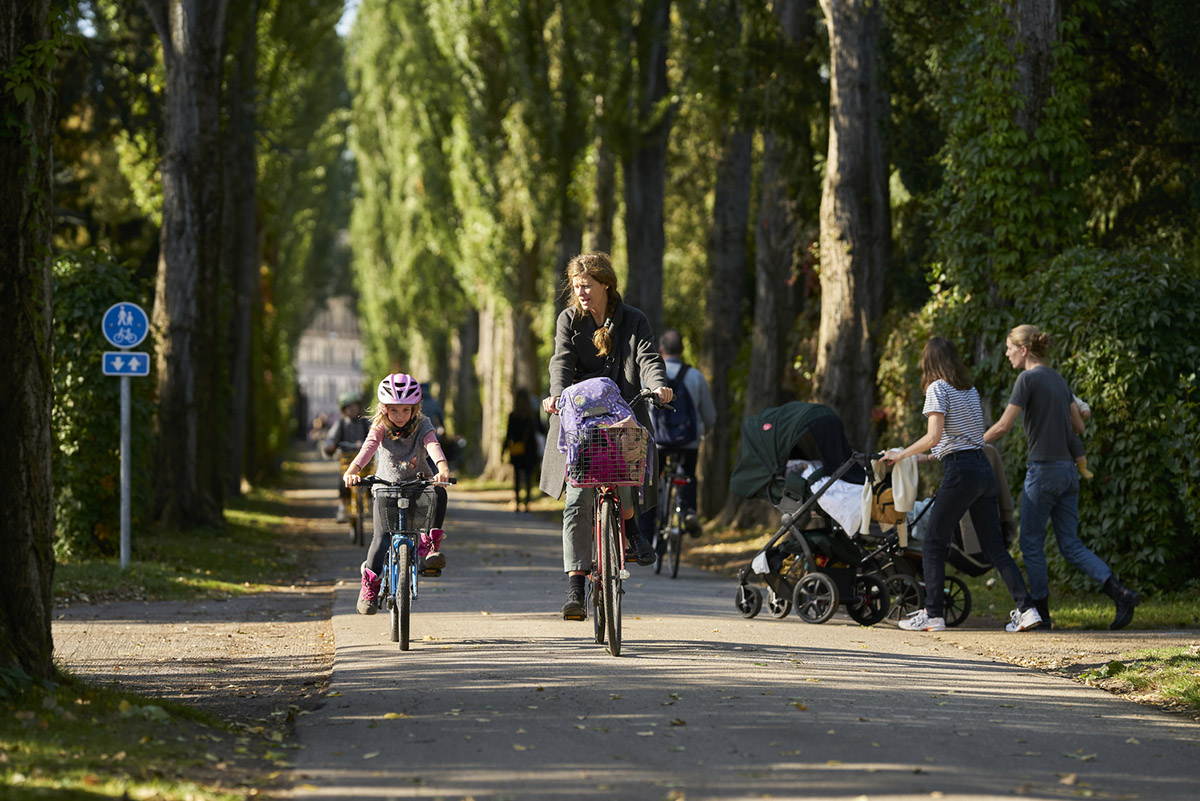 Called the 15-Minute city, Moreno's project fosters and promotes a truly liveable and sustainable urban future that places each global citizen at the heart of their own city. 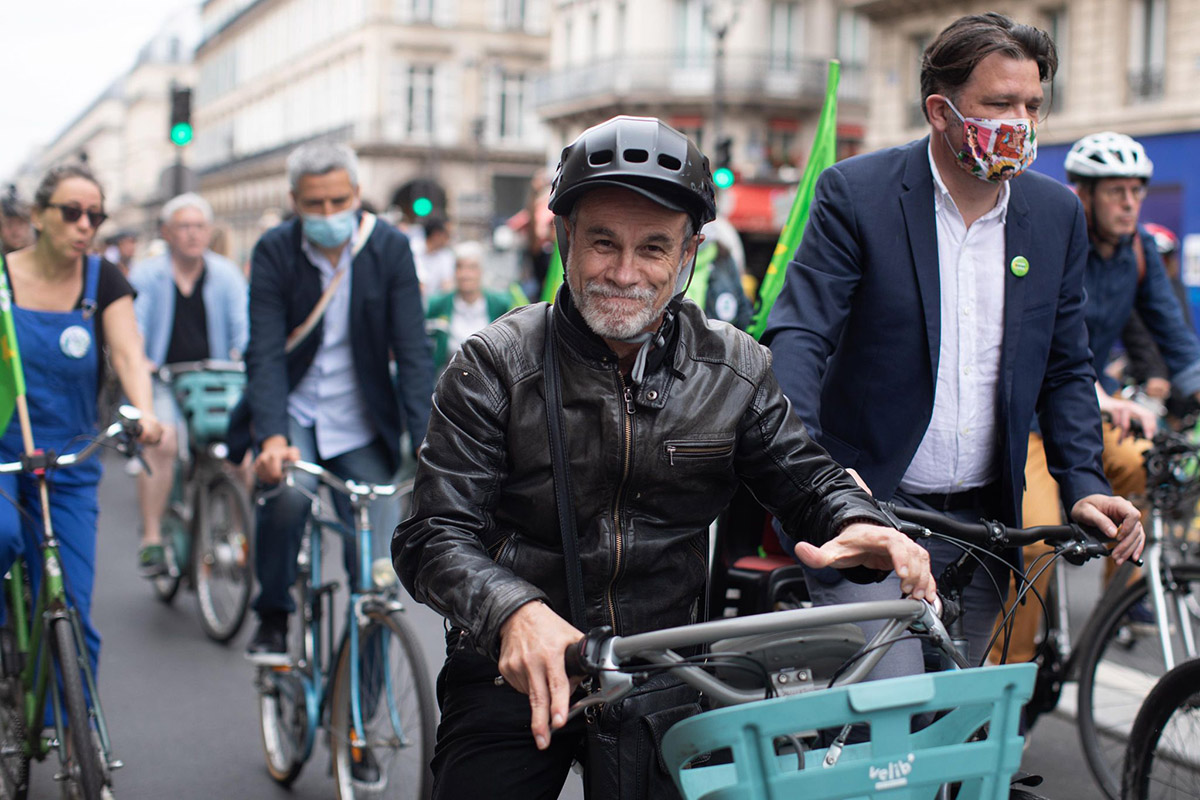 Described as a new urban model, the 15-minute city allows all residents to be able to access their daily needs, such as housing, work, food, health, education, and culture and leisure, within 15 minutes by foot or bike ride.

According to Moreno, this models greatly reduces car traffic and carbon dioxide emissions and increases the health and well-being of residents. 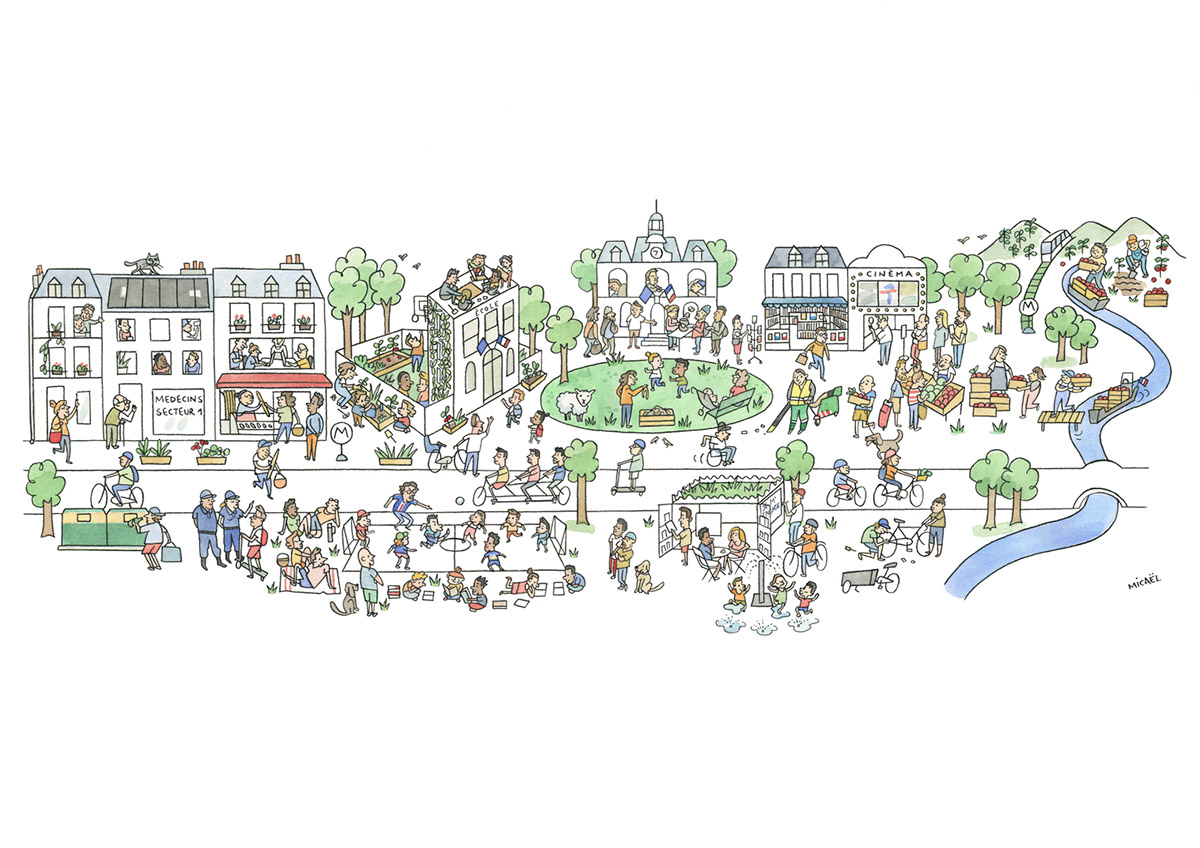 The 15-minute city. The drawing © Micael

The model, which can be adjusted to local culture, conditions, and needs, has already been implemented with great success in cities like Paris, Chengdu, and Melbourne, generating a global movement, according to a statement.

According to the jury, the 15-minute city is a beautiful and intuitive vision that has the potential to vastly improve the lives of hundreds of millions of people worldwide and to help create a healthier planet. 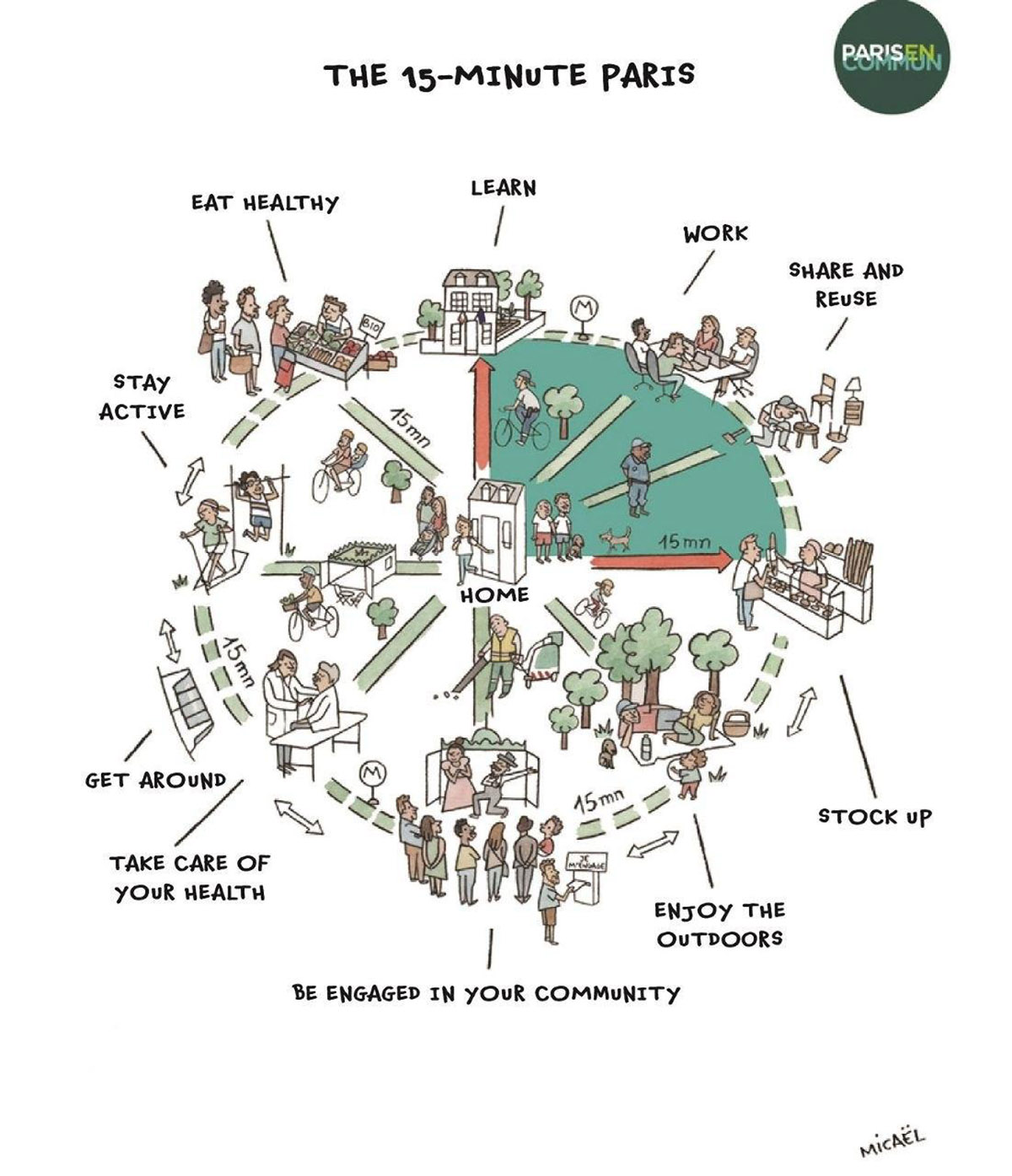 The 15-minute city. The drawing © Micael

"Like the two previous Obel Award winners, this year’s winner is about protecting the environment and making life better for people. We are living in a time of urgency to make a change and live more efficiently," said Martha Schwartz, Chair of the Jury.

"The 15-minute city addresses the need for us to rethink how our cities can be reimagined, redesigned, and regenerated for the primary benefit of people and the environment."

Schwartz evaluated the project as "a real step towards the future – a bold and needed perspective."

"And thirdly, it is a recognition of the commitment by different mayors around the world in embracing the 15-minute city." 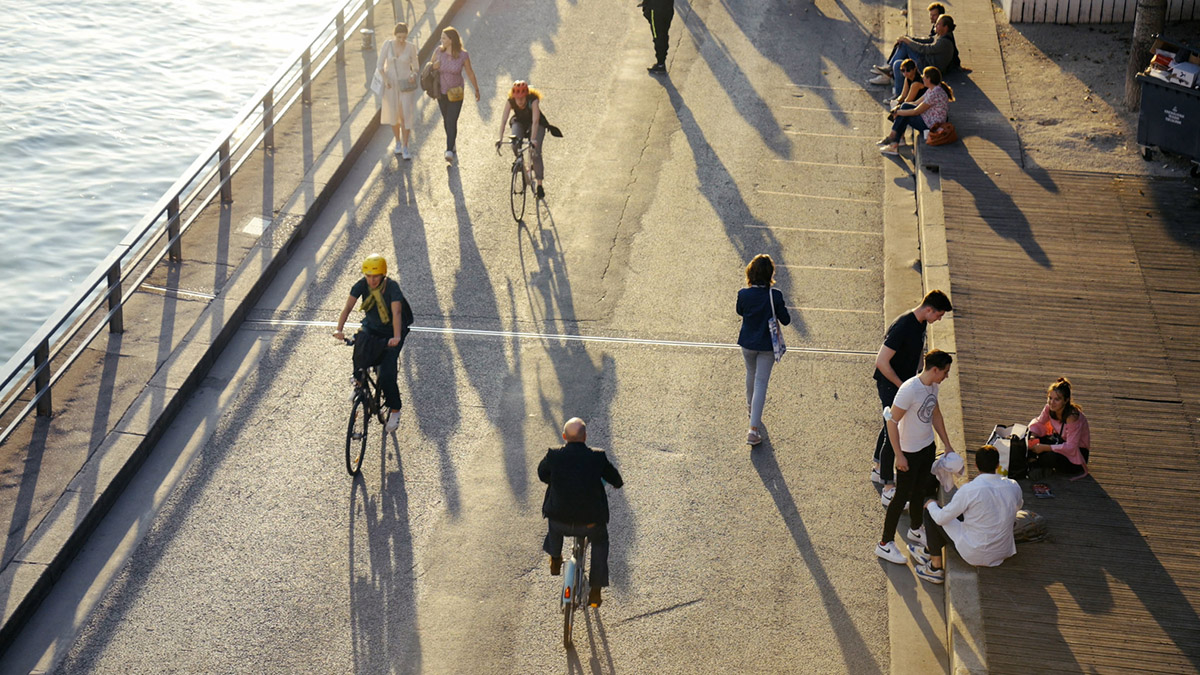 The award ceremony took place on 21 October in Paris at the Salle des Fêtes of the Hôtel de Ville of Paris, with nearly 500 people, including Mayor of Paris Anne Hidalgo and other leading politicians.

Carlos Moreno is French of Colombian origin. He is a Senior University Professor, a driving force behind Paris’s 15-minute city plan, and a Knight of the French Legion of Honour.

Carlos Moreno first proposed the 15-city model at University of Paris 1 Panthéon-Sorbonne, Paris in 2016. The model has been adopted by several cities around the world, most notably in Paris where mayor Anne Hidalgo collaborated with Carlos Moreno and made it part of her re-election campaign in 2020. In 2020, C40 Cities promoted the 15-minute city idea as a blueprint for post-Covid-19 recovery.

The model supports a decentralised city and a modal shift away from private vehicles, which at the same time reduces the use of fossil fuels and increases the quality of life for citizens.

The 15-minute city promotes walkability and cycling in big cities. However, in less dense areas, it may not be possible for people to access all essential urban functions by foot or by bike. 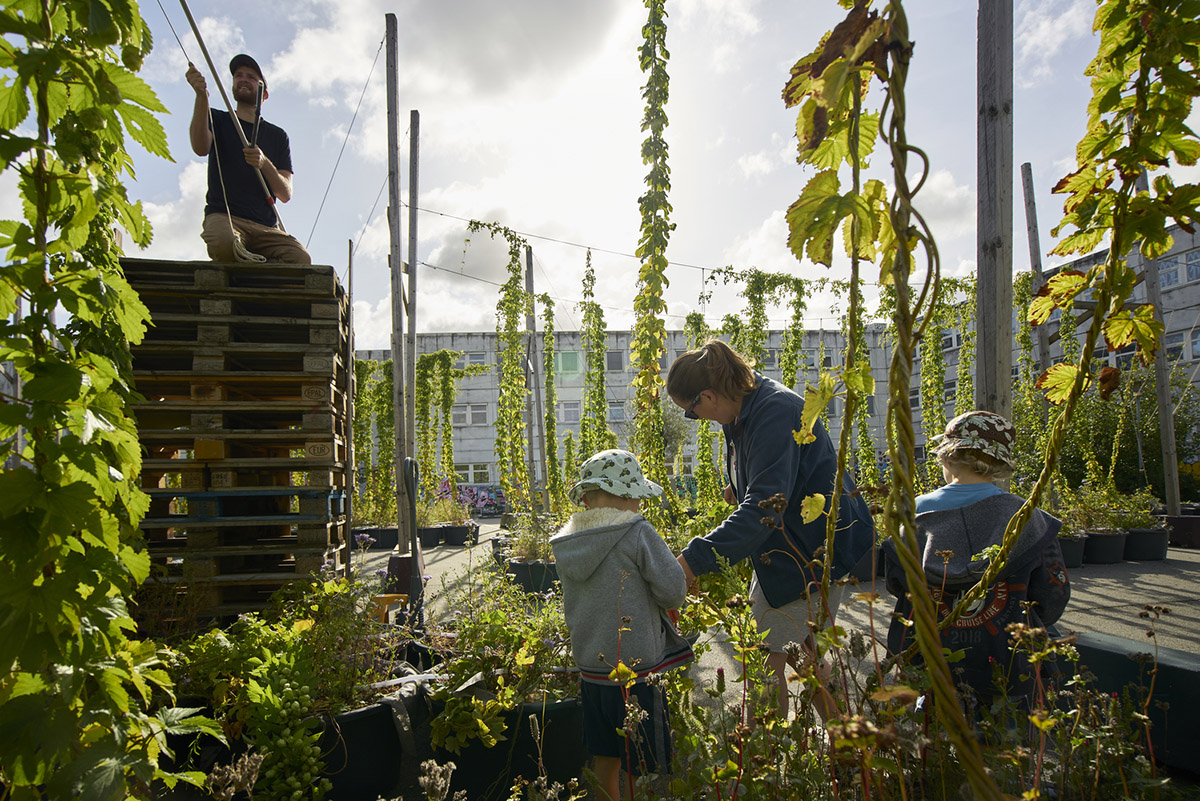 "Today, the 15-minute city is based on high-density, compact urban zones. We need to broaden our focus to include different densities and territories: from the small cities to the mid-sized cities and even to the rural territories," said Moreno.

"We need to keep the concept of the 15-minute city but imagine new ways to implement its principle of proximity in other densities," he continued.

Carlos Moreno also chose the Obel Award ceremony as the occasion to announce for the first time a new initiative by the 15-minute city team: the International Observatory of Proximities.

The initiative is supported by the global network of cities for climate, C40, the UN Habitat, the International Union of Architects (UIA), and other partners. This powerful global ecosystem, which will be launched in January 2022, aims to promote the idea of proximity in our cities and territories – spatial proximities as well as social, cultural, cognitive, and digital.