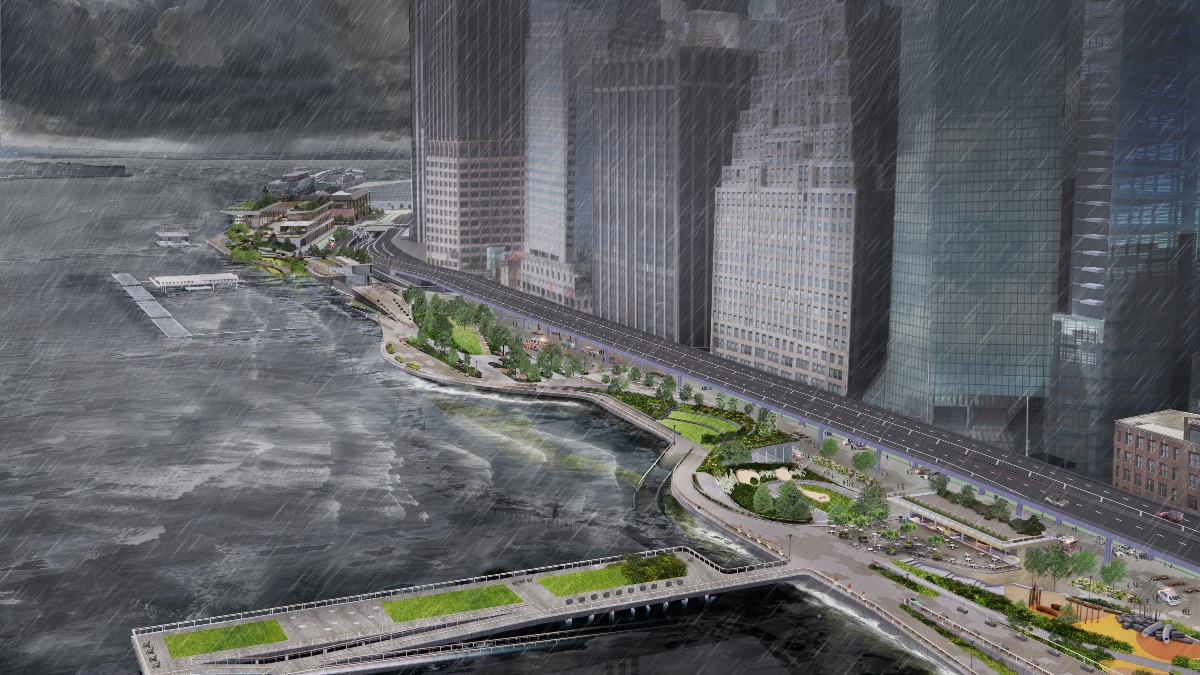 The prospective infrastructure is crucial for supporting New York City's overall coastal resilience strategies. Estimated to cost around $5 to $7 billion, the project re-envisions the Lower Manhattan shoreline. It intends to develop a waterfront that stands against testing coastal storms along with escalating sea levels. In light of the waterfront being the city's busiest transit hub as well as a prime business district that hosts many visitors from around the country, it is projected that by the year 2050, the Financial District and Seaport is anticipated to be flooded by the rising tides, making the Master plan imperative. 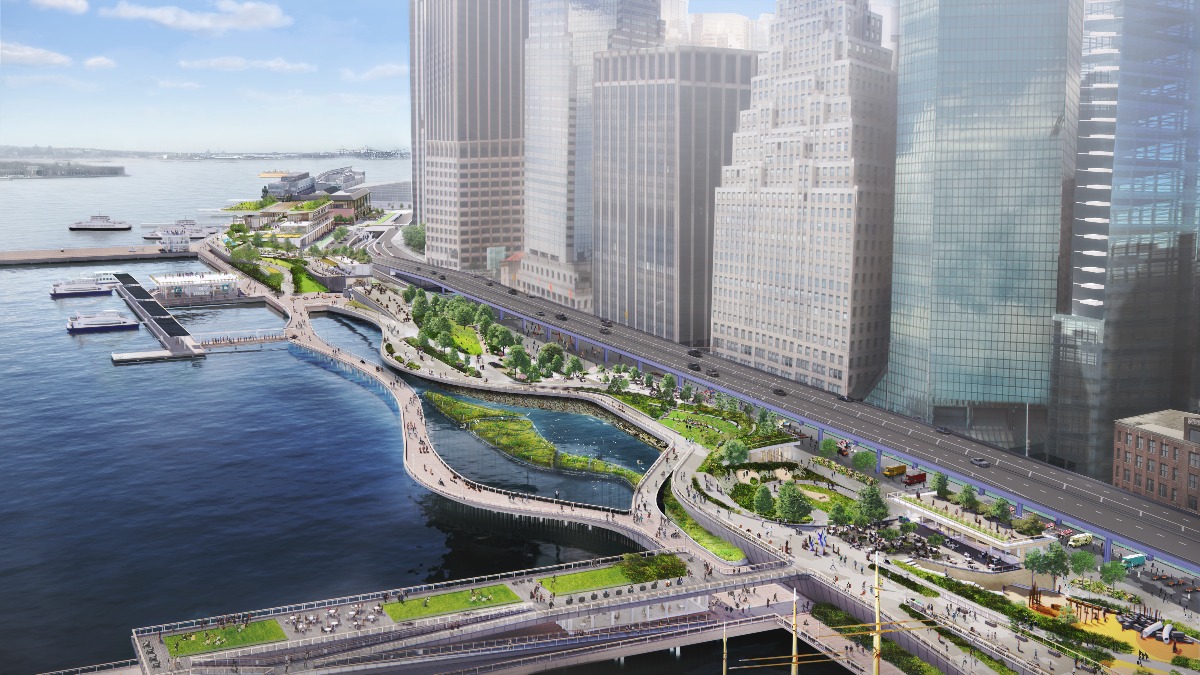 "NYCEDC and MOCR have envisioned a 21st-Century resilient waterfront that stands to be a model for other major cities," said NYCEDC President and CEO Rachel Loeb in a statement. "We've done years of work, and we have the innovation. There's no doubt climate change is here. Sea levels are rising, and stronger, more devastating storms will only continue, which is why we must protect our coastline and safeguard our vulnerable historic Seaport area and Financial District. If we do not take action now, residents, businesses, and critical infrastructure are put in jeopardy. We must rely on strong partnerships at all levels of government to help implement this plan." 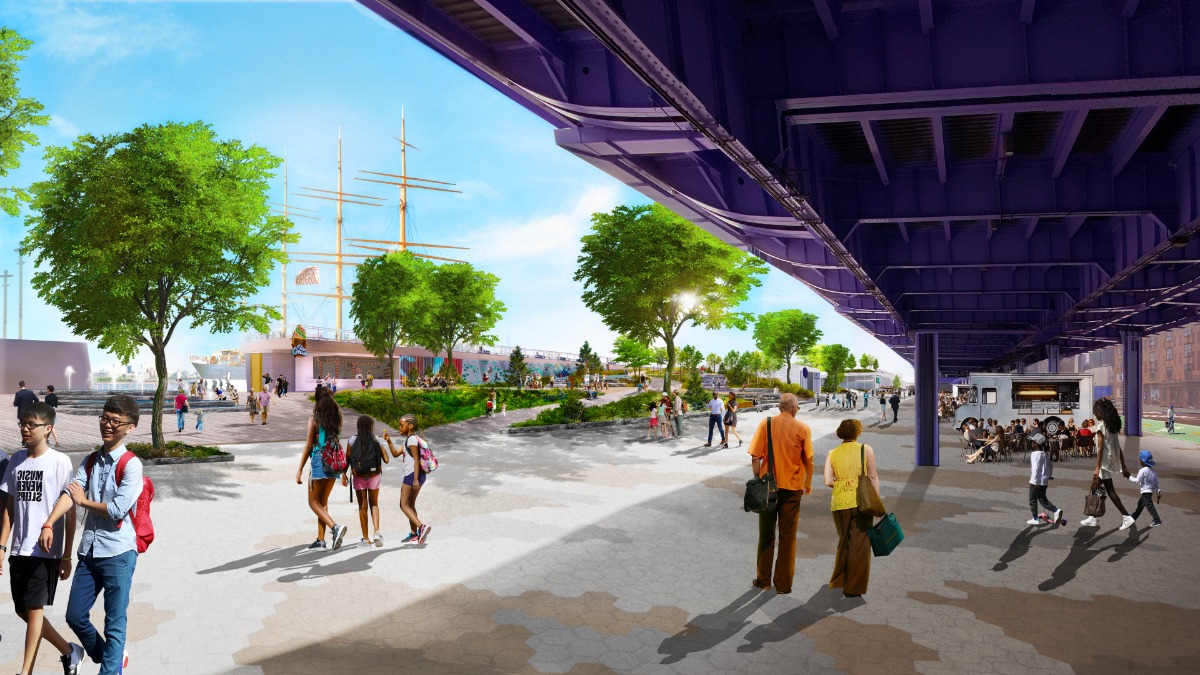 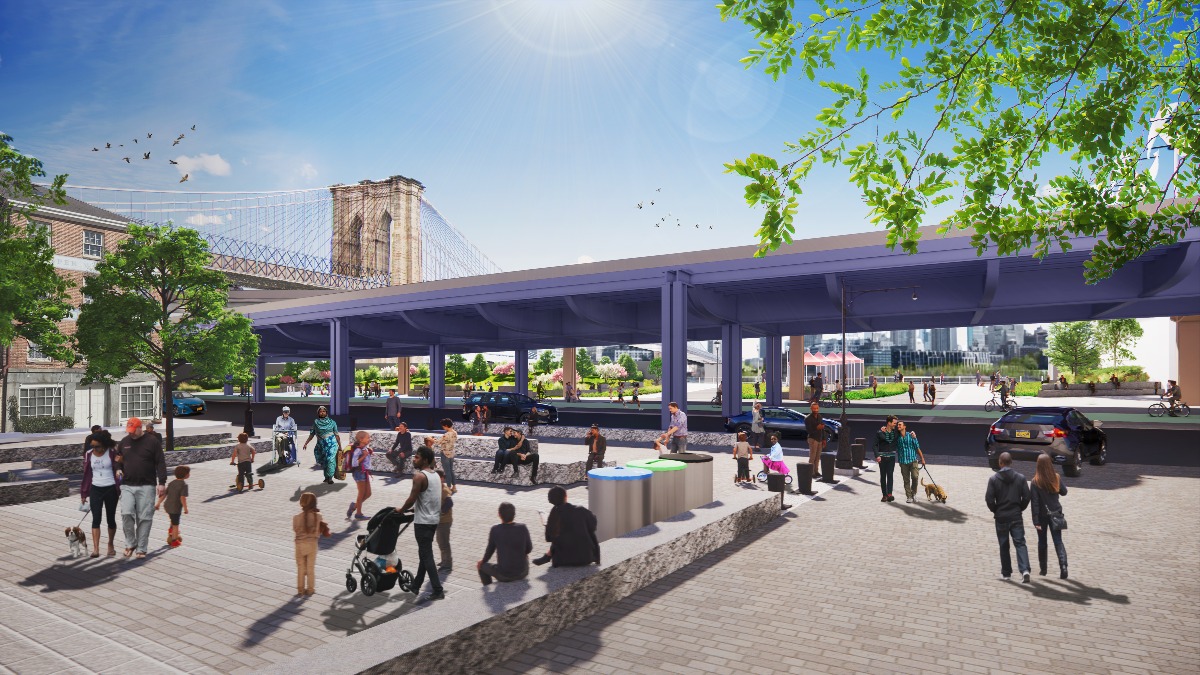 Image: Peck Slip with Looking Toward the East River, Image Courtesy of NYCEDC

Previously hit by Hurricane Sandy in 2012, to ensure protection, the master plan includes a multilevel waterfront that lengthens beyond the shoreline of the East River by up to 200 feet from its existing location. Elevated upper level by 15 (4.5m) to 18 ft (5.5m) will ensure protection from prospective storms as well as provide picturesque public spaces that face the harbor & city. The lower level will be an esplanade raised 3 ft (0.9m) to 5 ft (1.5m) to prevent sea-level rise while offering connection to the Waterfront edge. A projected loss of $20 billion is expected due to flooding if no action is taken between now and 2100.

As per the Statement issued by the NYCEDC, the proposed master plan includes notable features like:

The city is expected to move forward with the subsequent design and engineering phases necessary to apply for federal funding and acquire the respective permits. The Fidi and Seaport Climate Resilience Master Plan is supported by over $900 million city investment and includes prominent projects like Battery Park City, The Battery, etc. 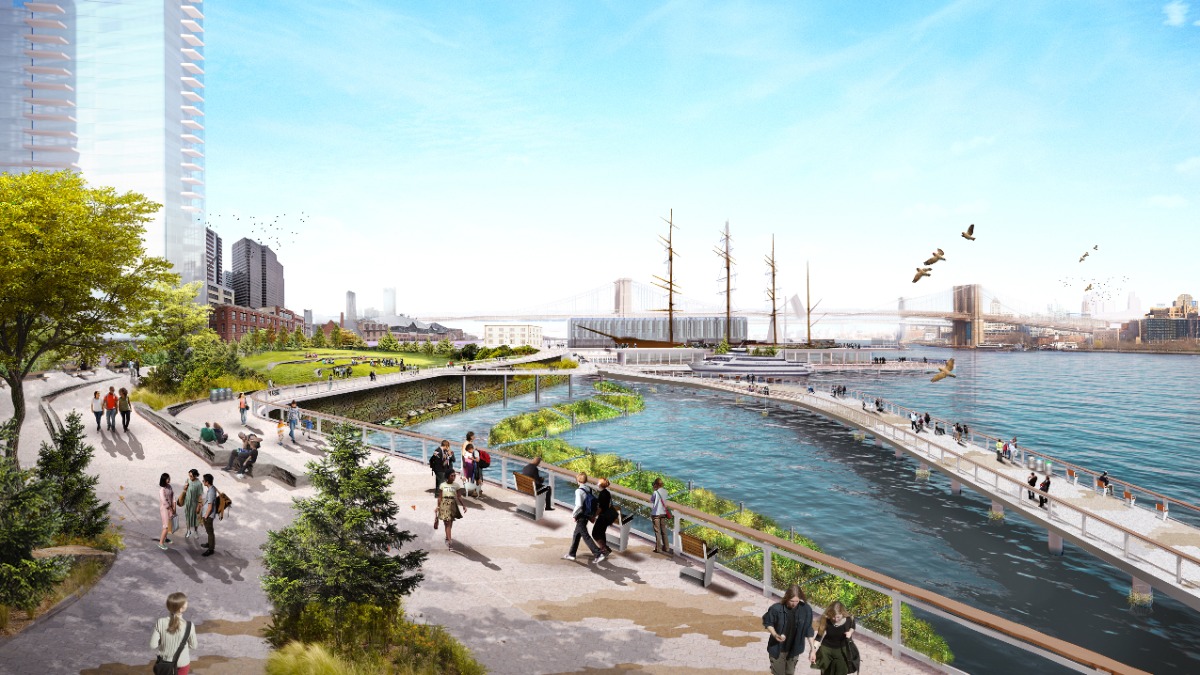 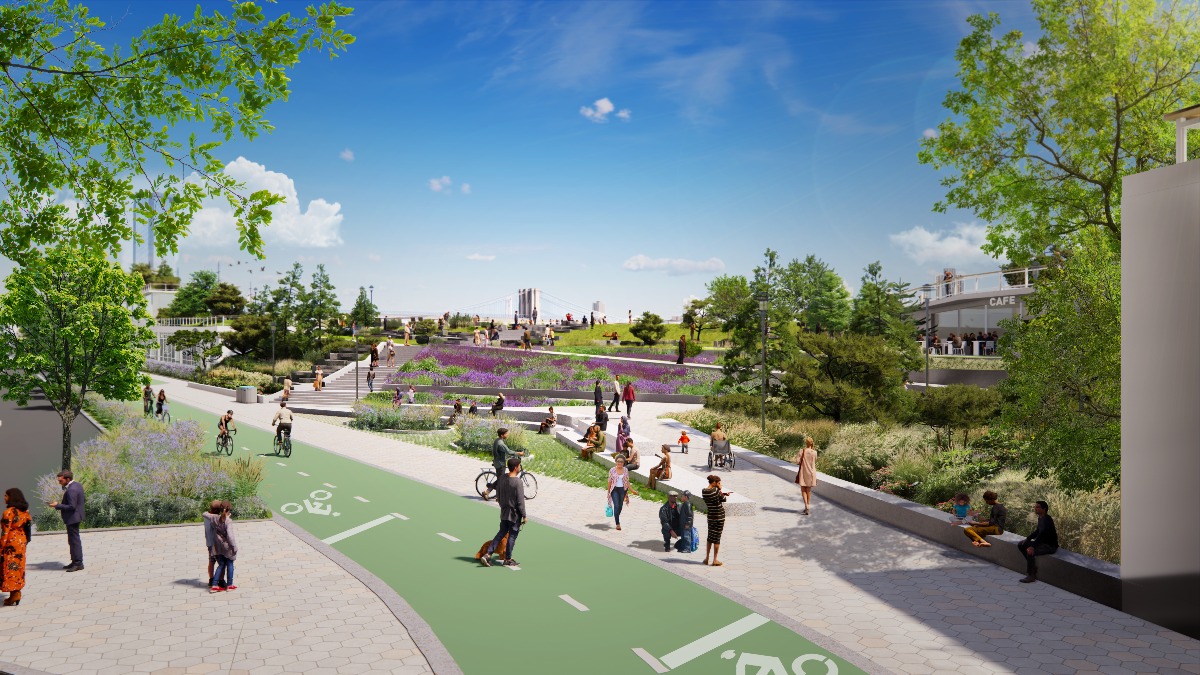 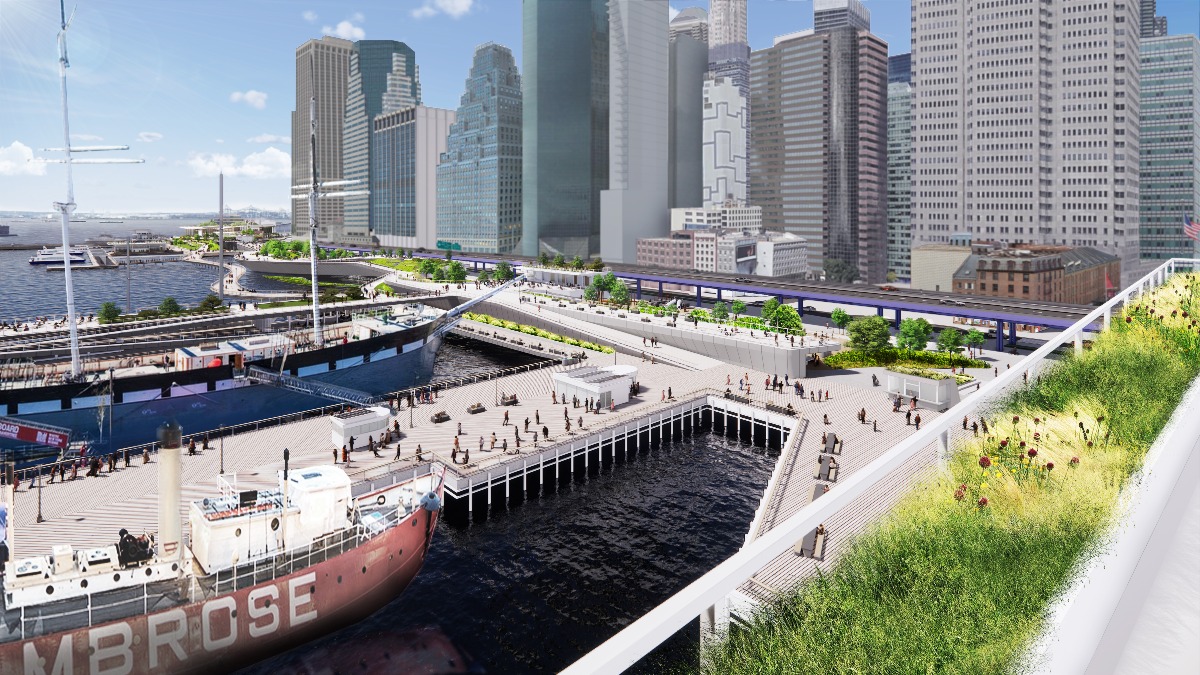