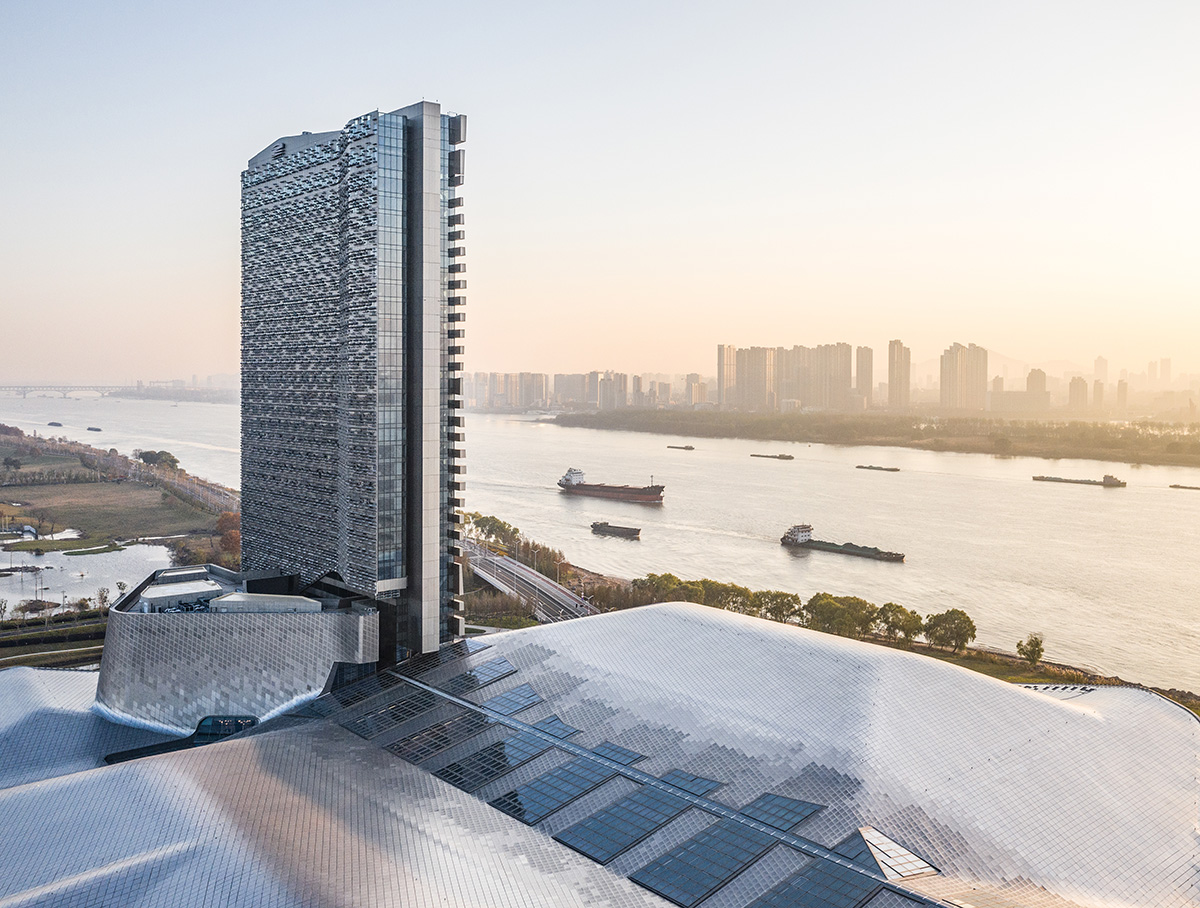 Commissioned by Jiangbei New District of Nanjing City, the new Yangtze River International Conference Center is conceived to embody a charter for sustainable and ecologically-sensitive development while creating a world-class meeting and event venue for the region. 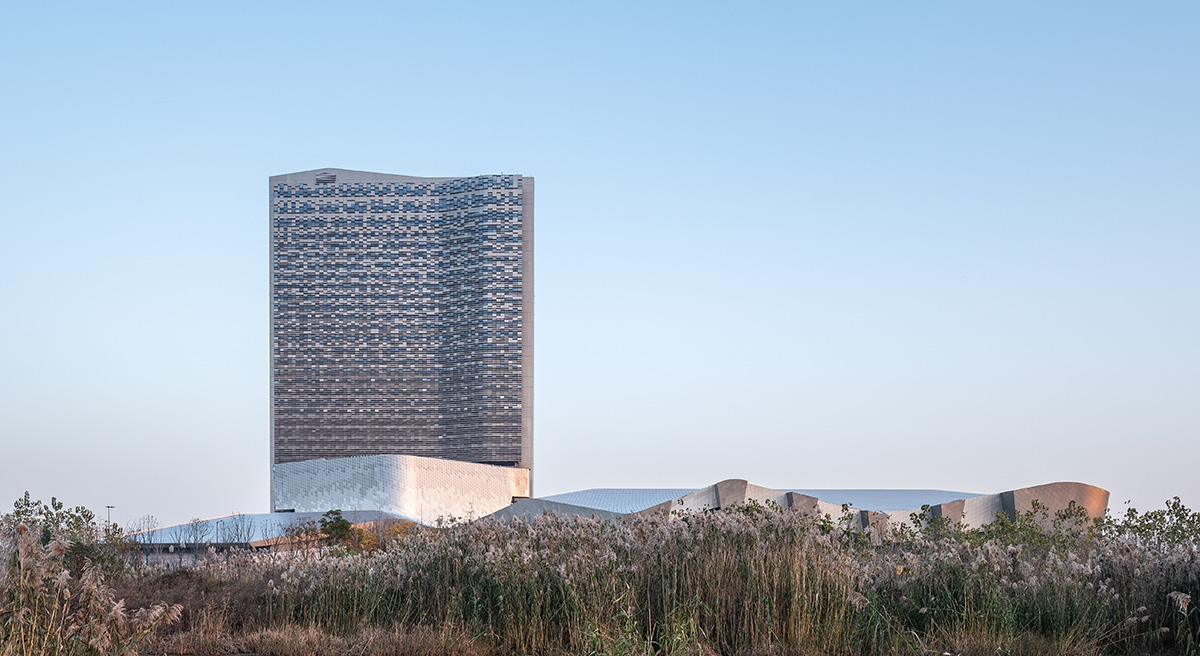 While the multi-use complex includes a 36,000-square-metre conference space, the conference space is attached to a tower with a four-star hotel featuring 340 rooms that offer scenic views of the Yangtze River. 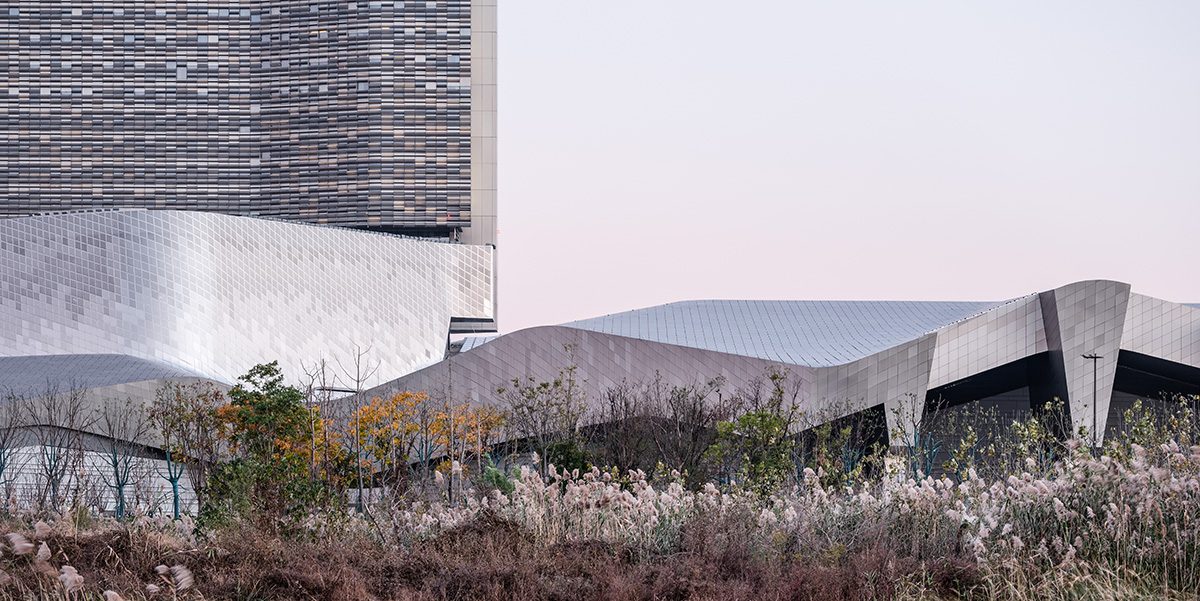 "The Yangtze International Conference Center is our second project to open in China this year, following Hanking Center in Shenzhen, but each responds to the spirit of its city," said Morphosis Partner Eui-Sung Yi.

"We designed the Yangtze Conference Center with this significance in mind, as the transitioning icon for the westward expansion of Nanjing across the Yangtze River. As Nanjing continues to grow into a hub of international business for China, the convention center will become an important national anchor to host local and international events."

Morphosis takes conceptual inspiration from its namesake, the Yangtze River, which provides one of the most important arterial connections across China and has shaped human development in the region throughout history. 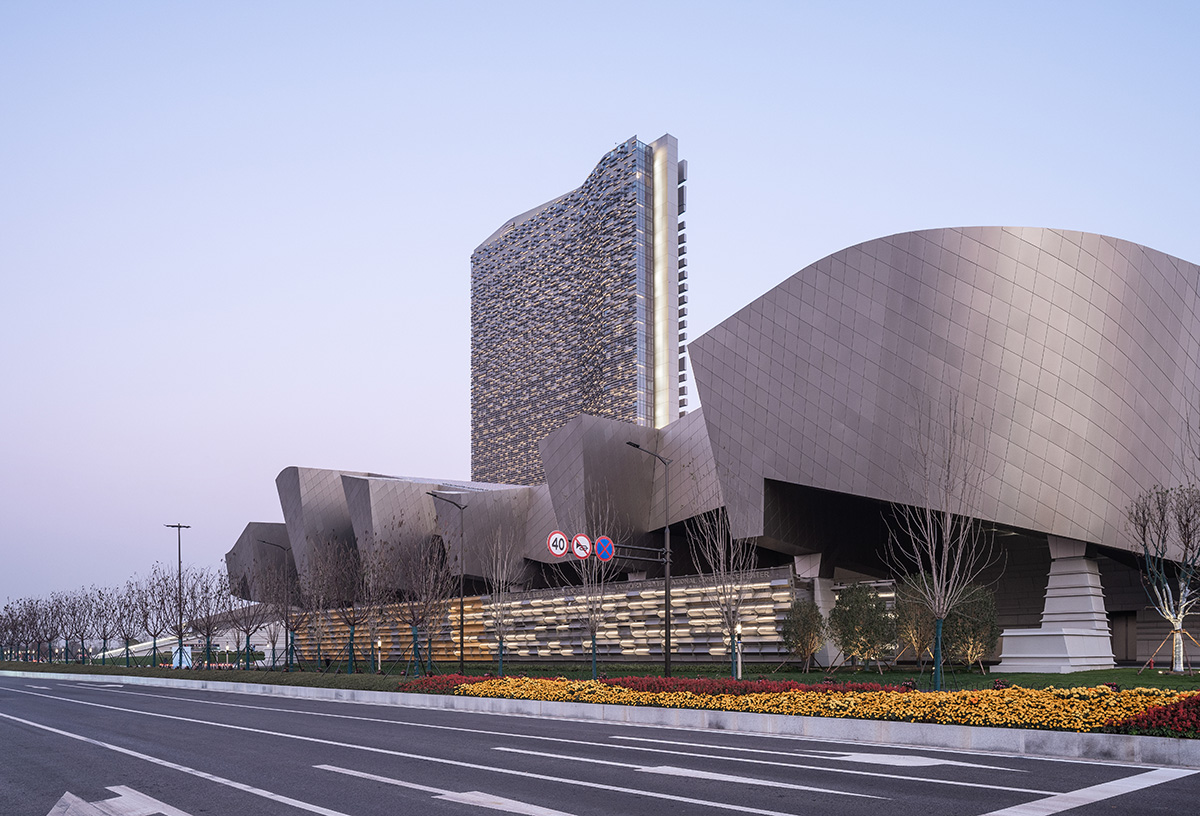 Similarly, the Conference Center connects the region with the broader world, supporting development and global exchange.

The flowing curves of the river are reinterpreted in the building’s undulating podium, while the titanium roof paneling evokes sunlight playing on the water’s surface. The building is rising above the podium and the shear, broad angles of the hotel tower evoke the sail of a junk, the traditional wind-powered river boat once common on the Yangtze.

In the building’s podium, the studio places the immense program area of the convention center containing a series of flexible conference spaces bisected by a central 200-meter arcade, dividing the building into a north and south wing. 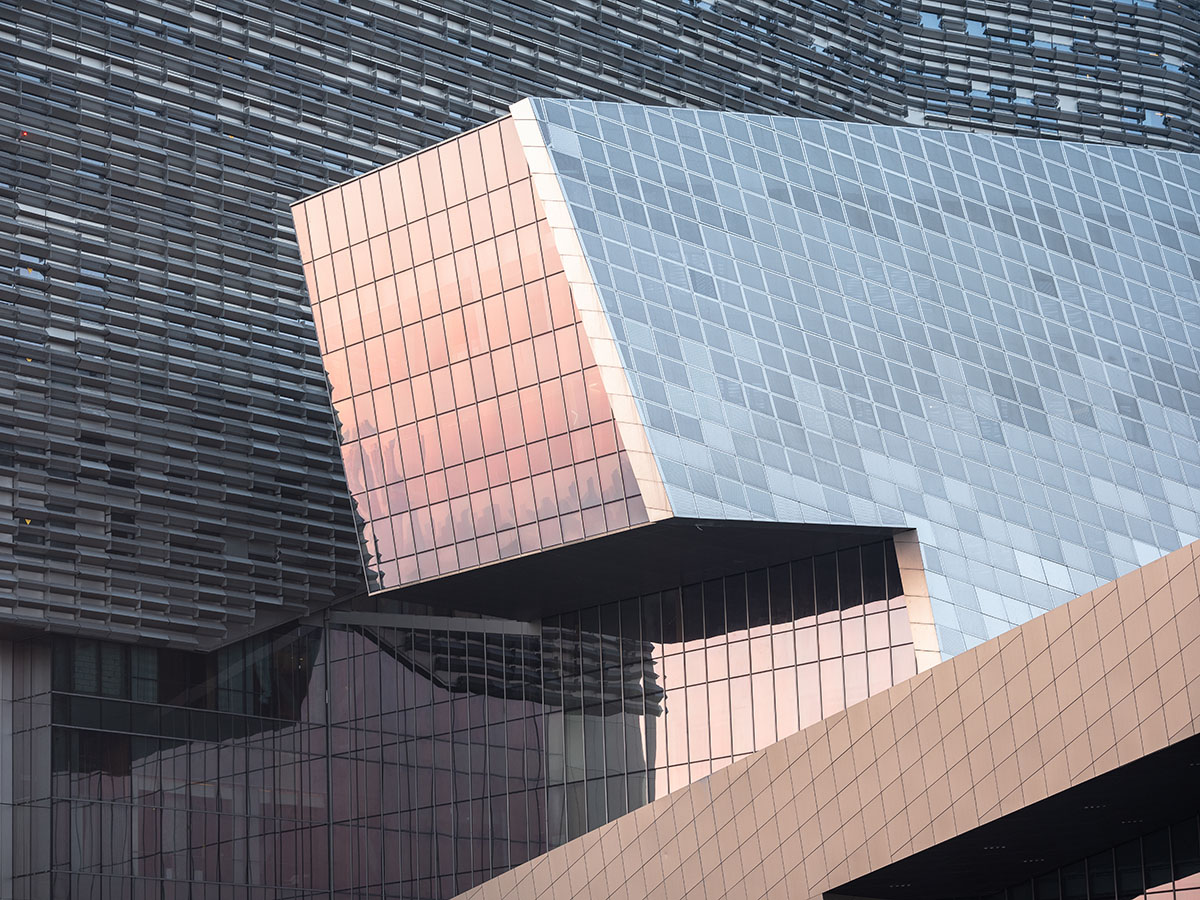 This arcade serves as the primary circulation spine for the building, intersected by short, perpendicular bridges providing access from VIP entrances and the hotel tower. Bringing visitors to the arcade, the convention center’s grand, formal entrance and atrium is illuminated by a skylight,highlighting the hotel tower.

This blurring of interiority and exteriority is further emphasized by drawing the metallic façade of the hotel tower back into the building to become the dramatic curved forms of the atrium liner. 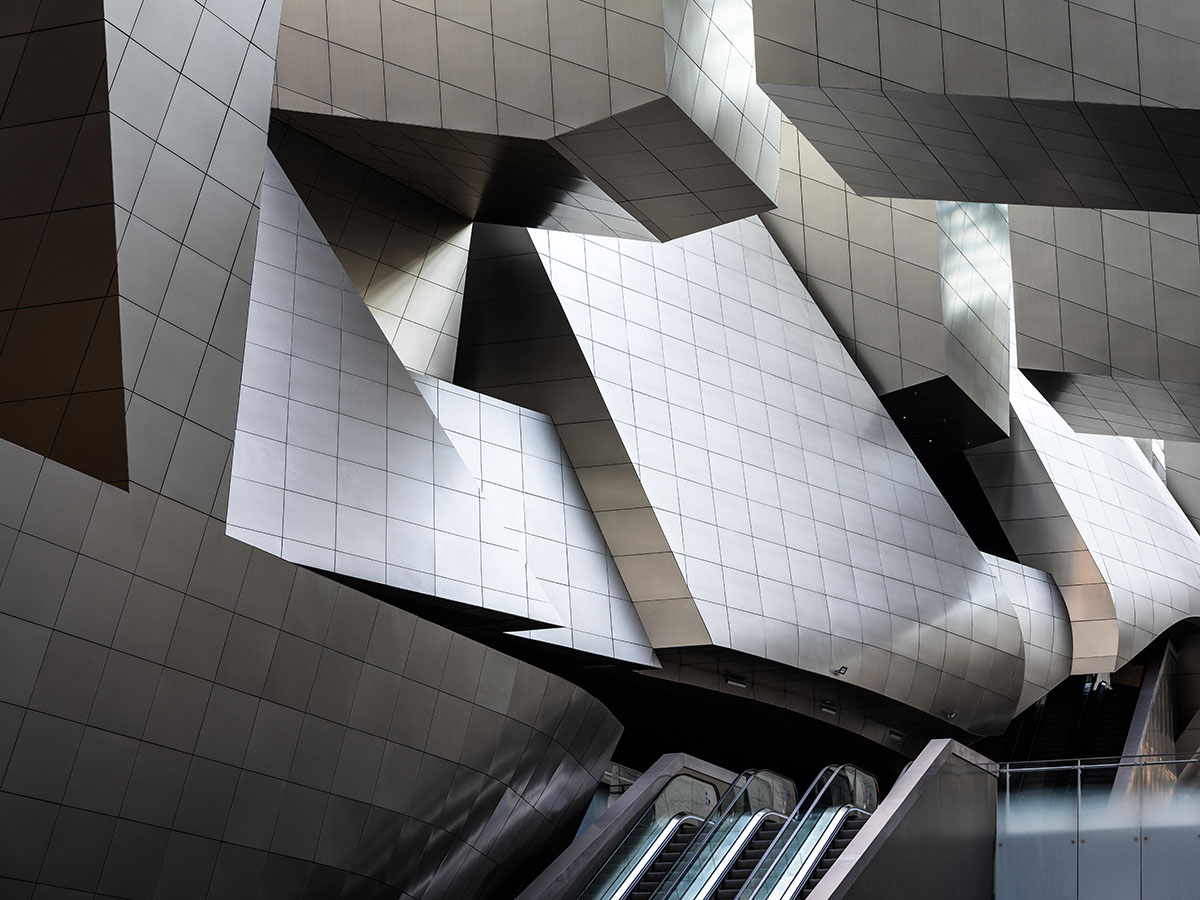 Located between the river and the city, the site’s boundaries become a reference point for the conference center’s wavelike forms and urban character. On the city side, to the north, the hotel tower’s façade utilizes a metal brise-soleil system.

During the day, the metal façade serves to shade the building and increase energy efficiency; in the evening, lighting integrated in the façade creates a distinctive night-time presence within the city.

On the river side, to the south, the sinuous quality of façade mirrors the organic nature of the river’s edge, with a rippling metal and glass brise-soleil comprised of over 90,000 distinct metallic panels. The overall landscape is designed following a “sponge landscape” principle, strengthening ecological infrastructure by aiding in responsible management of runoff especially important to the riverside site. 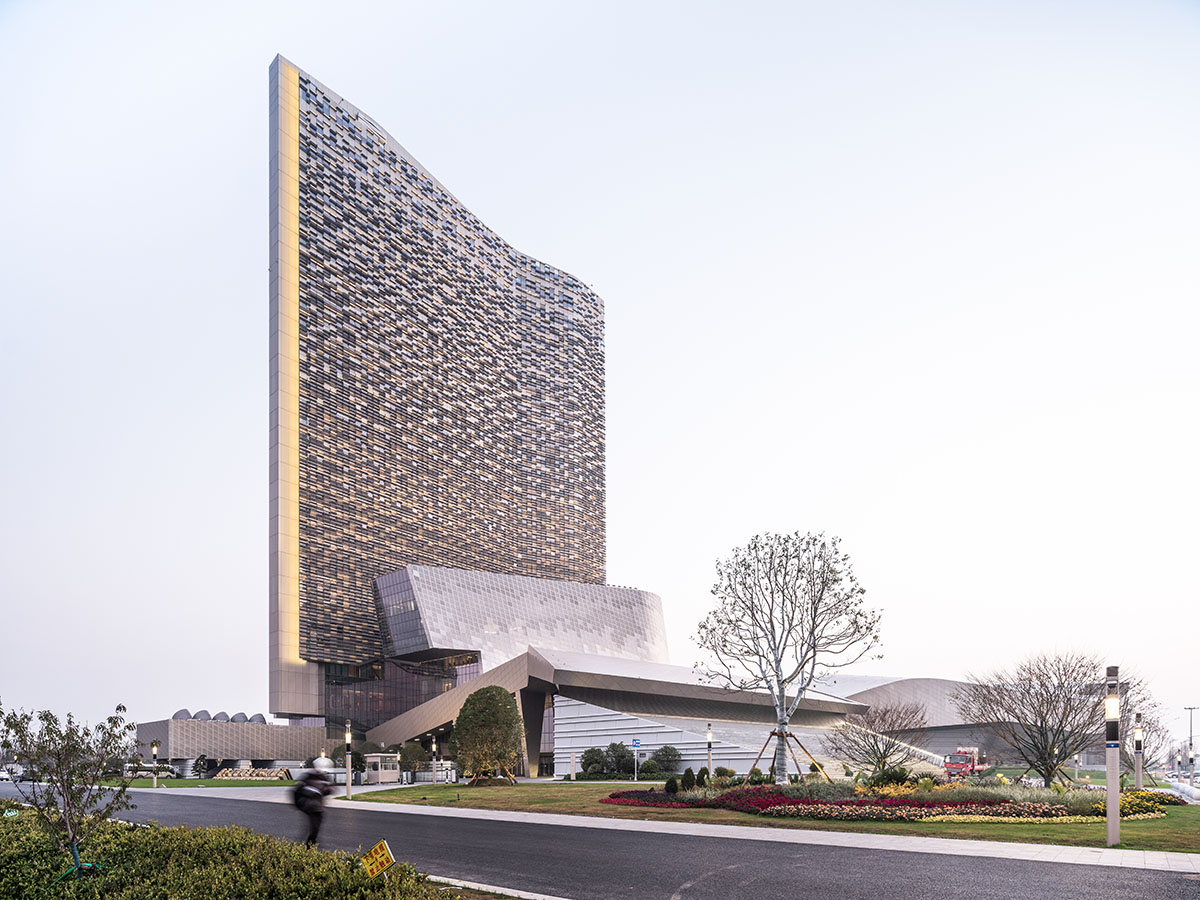 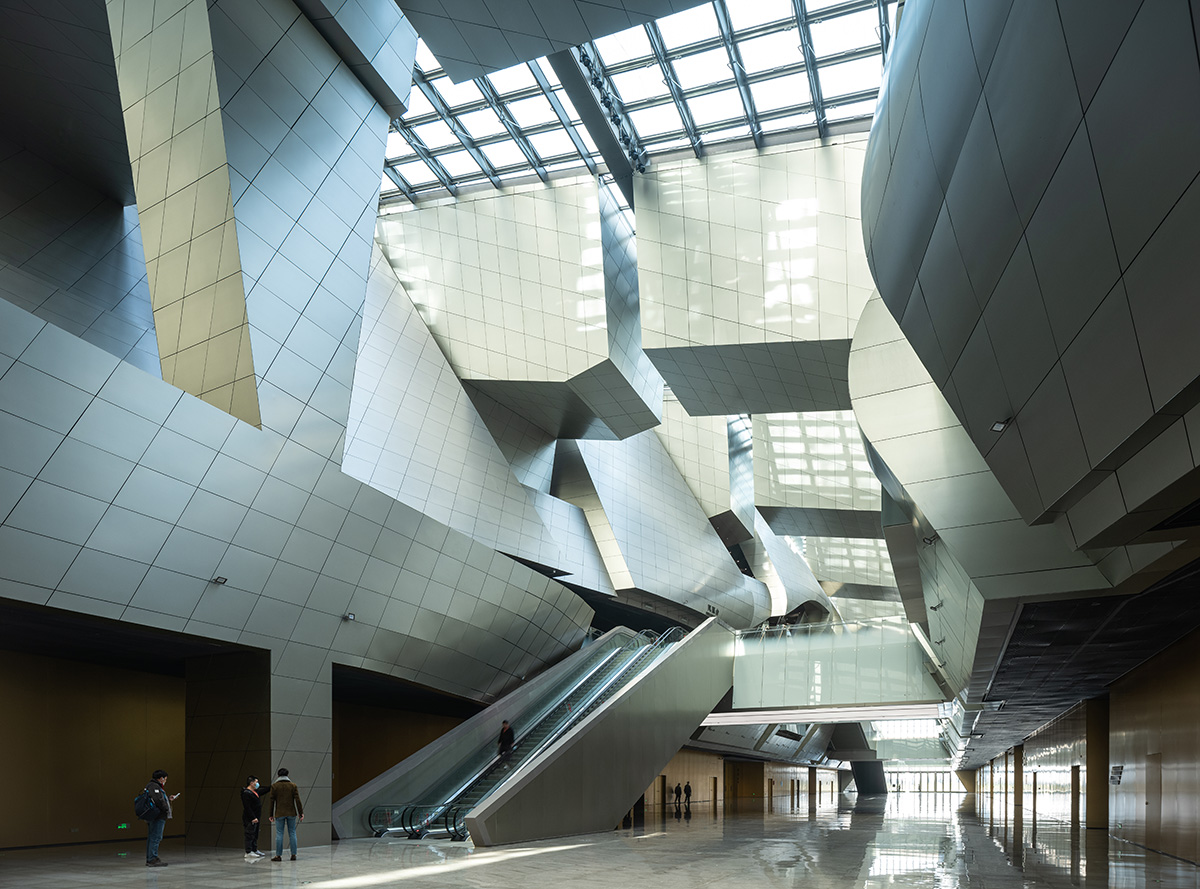 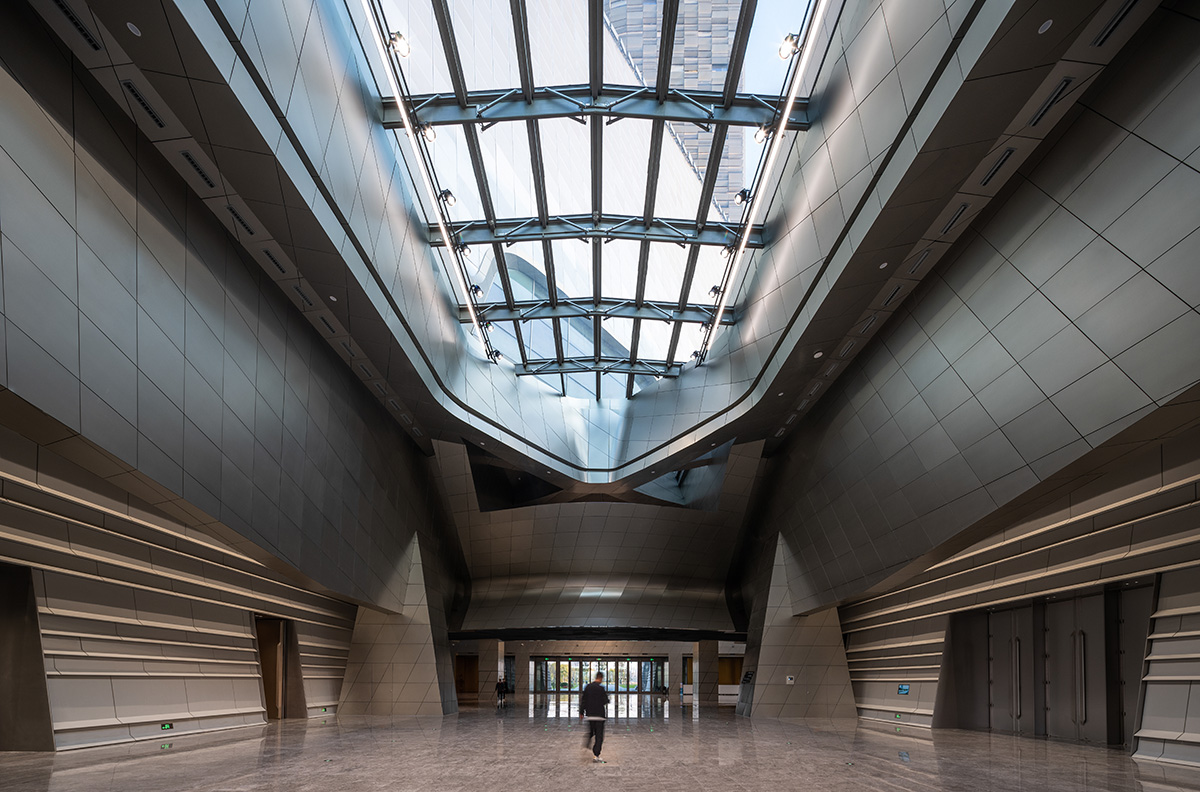 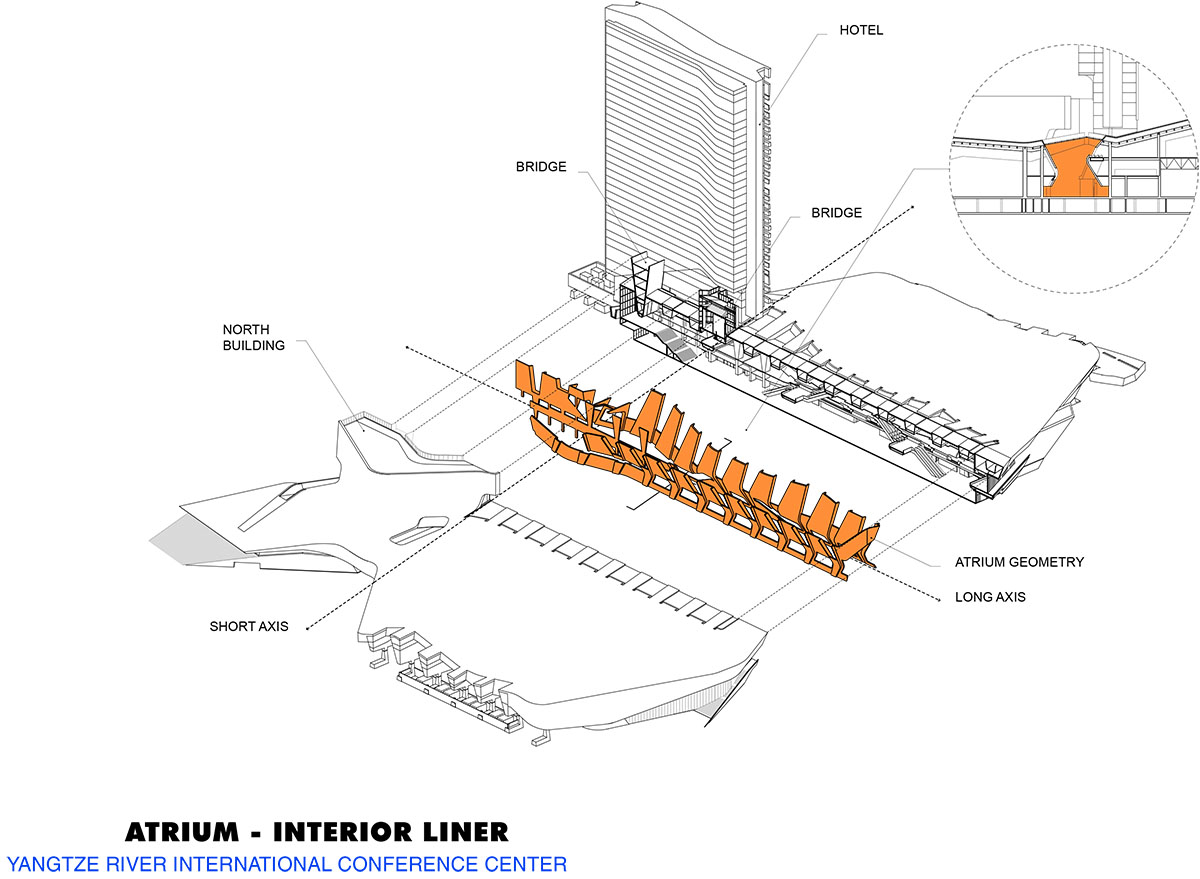 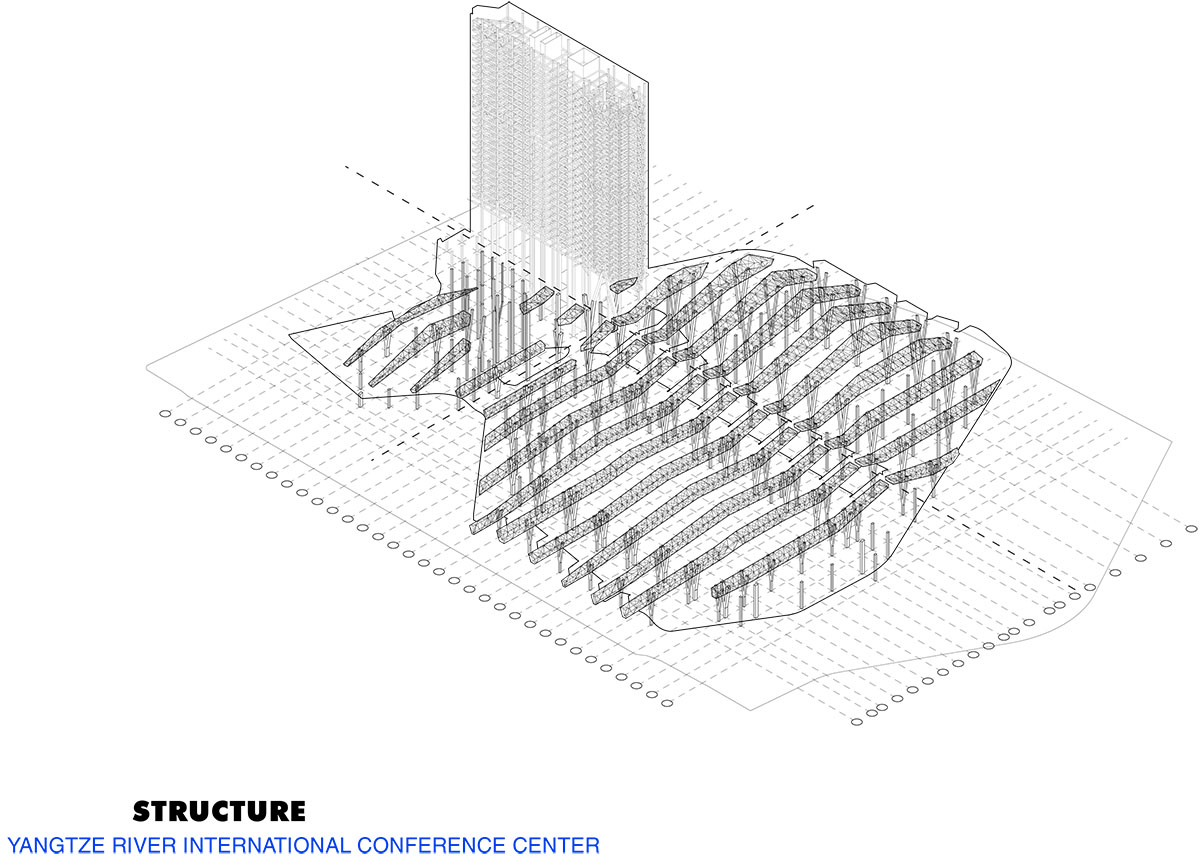 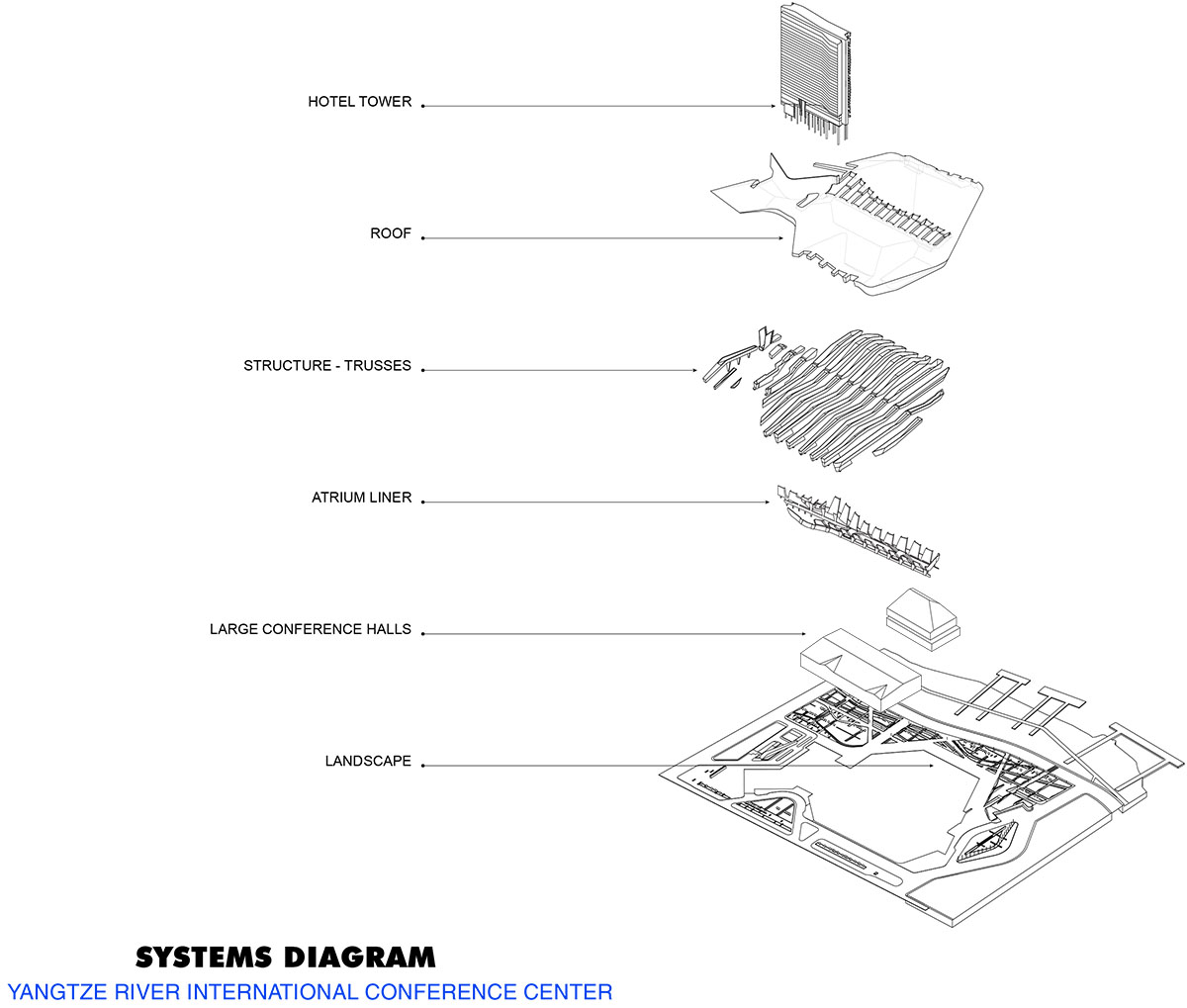 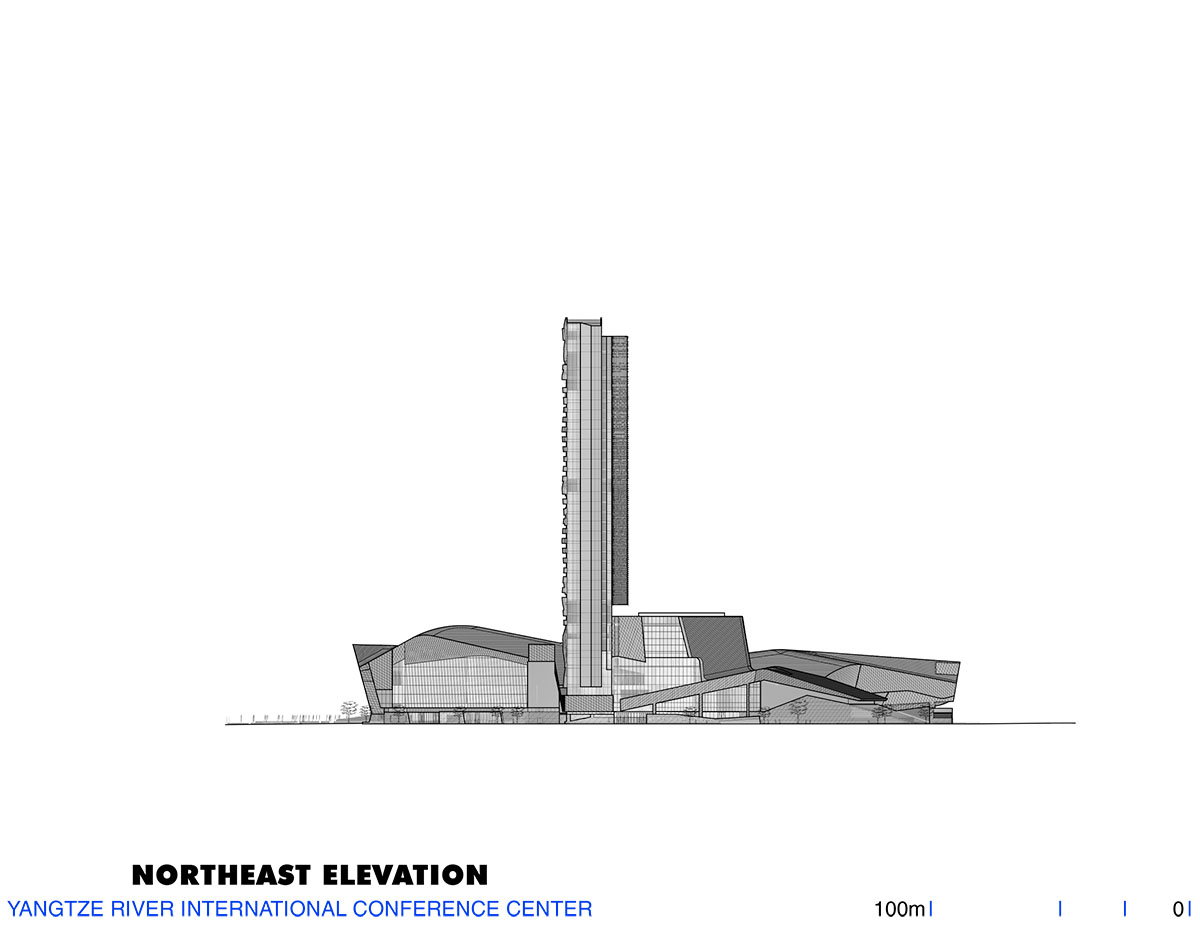 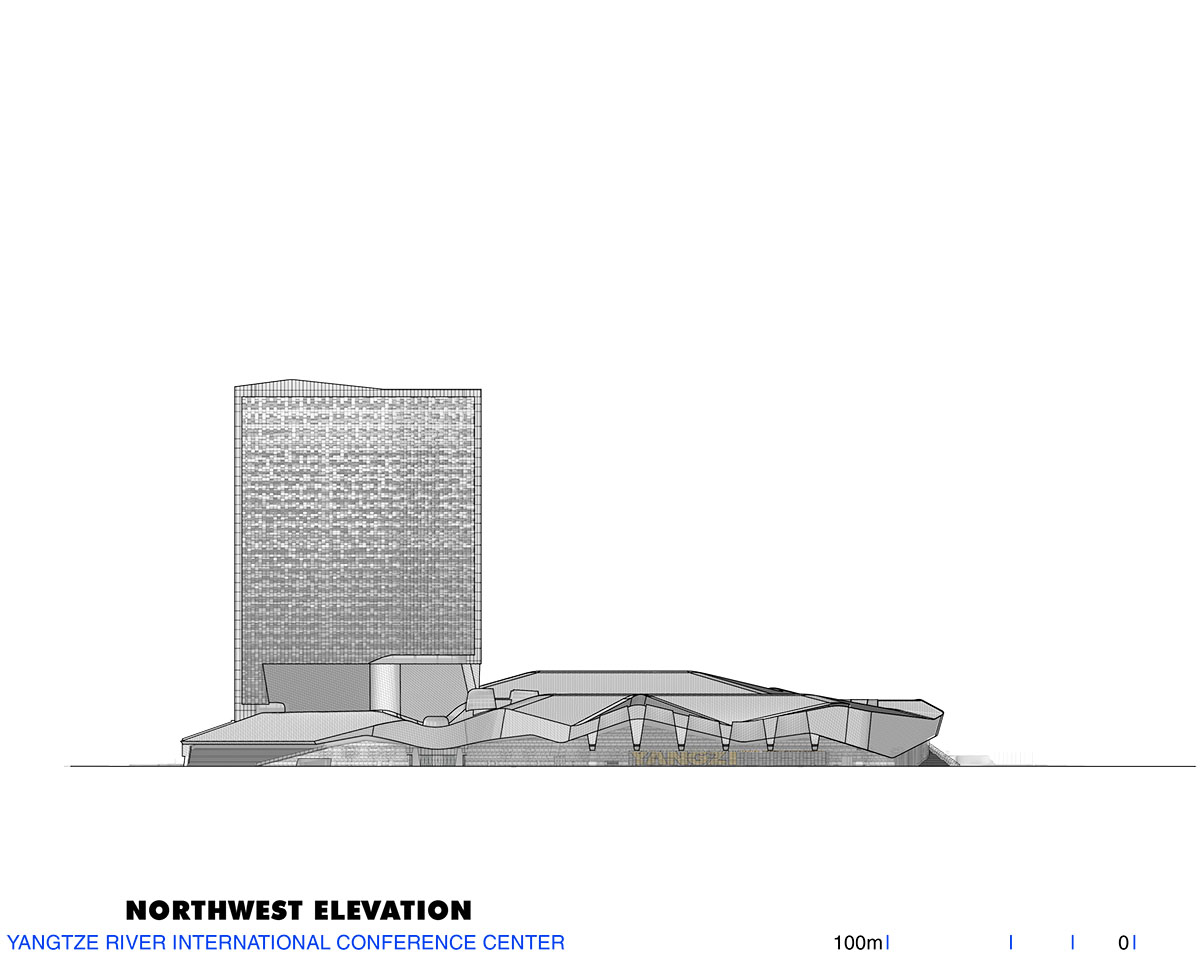 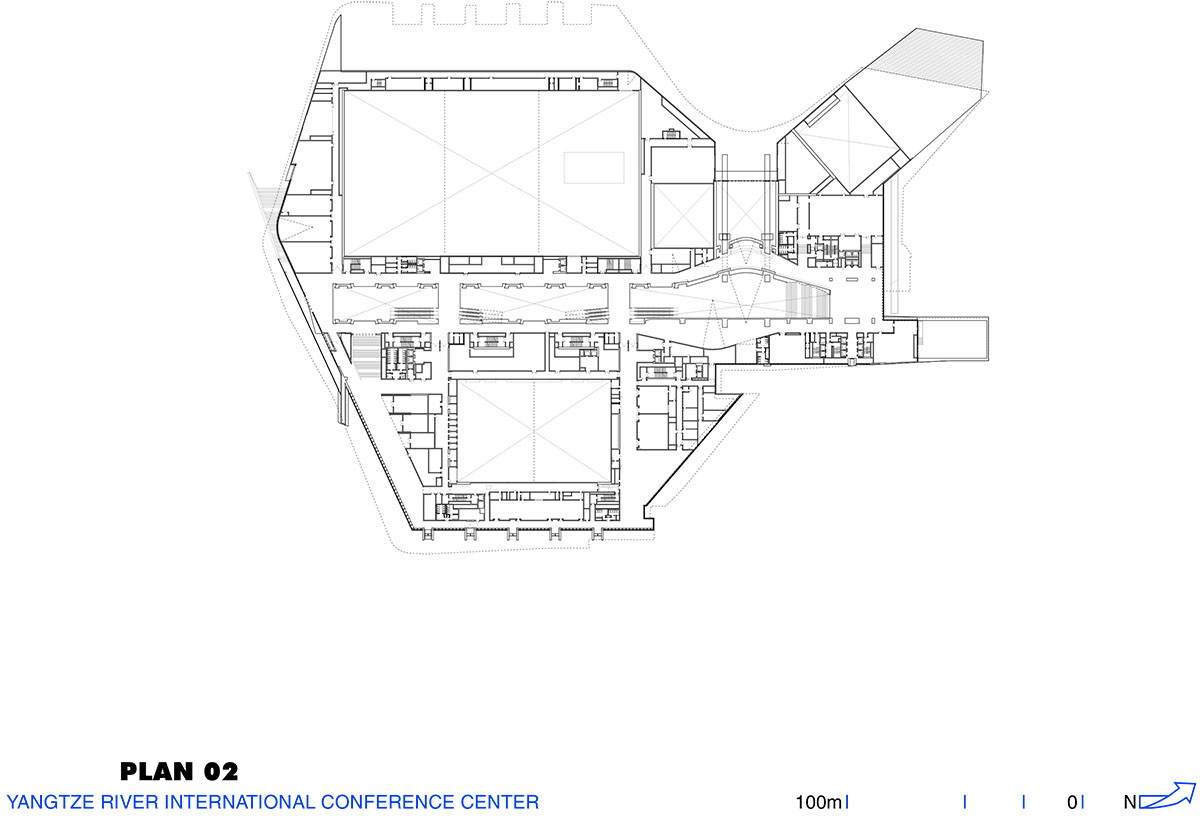 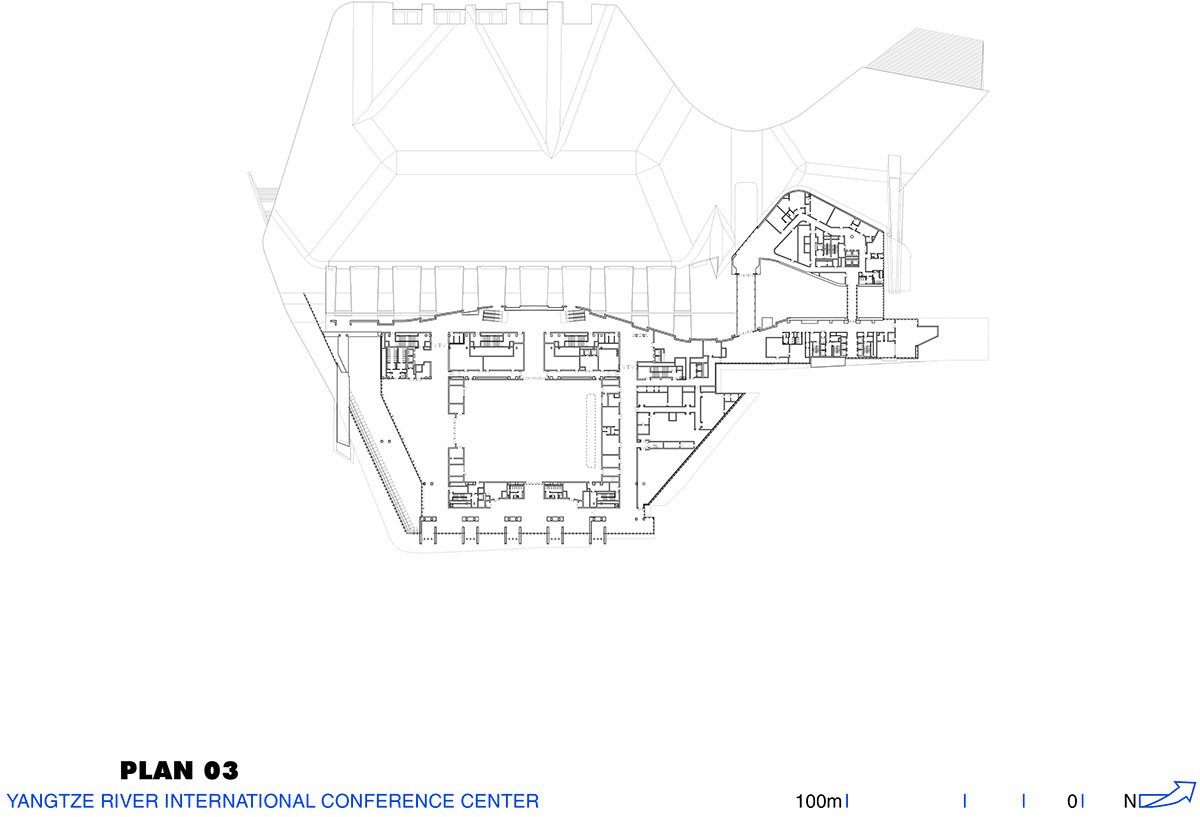 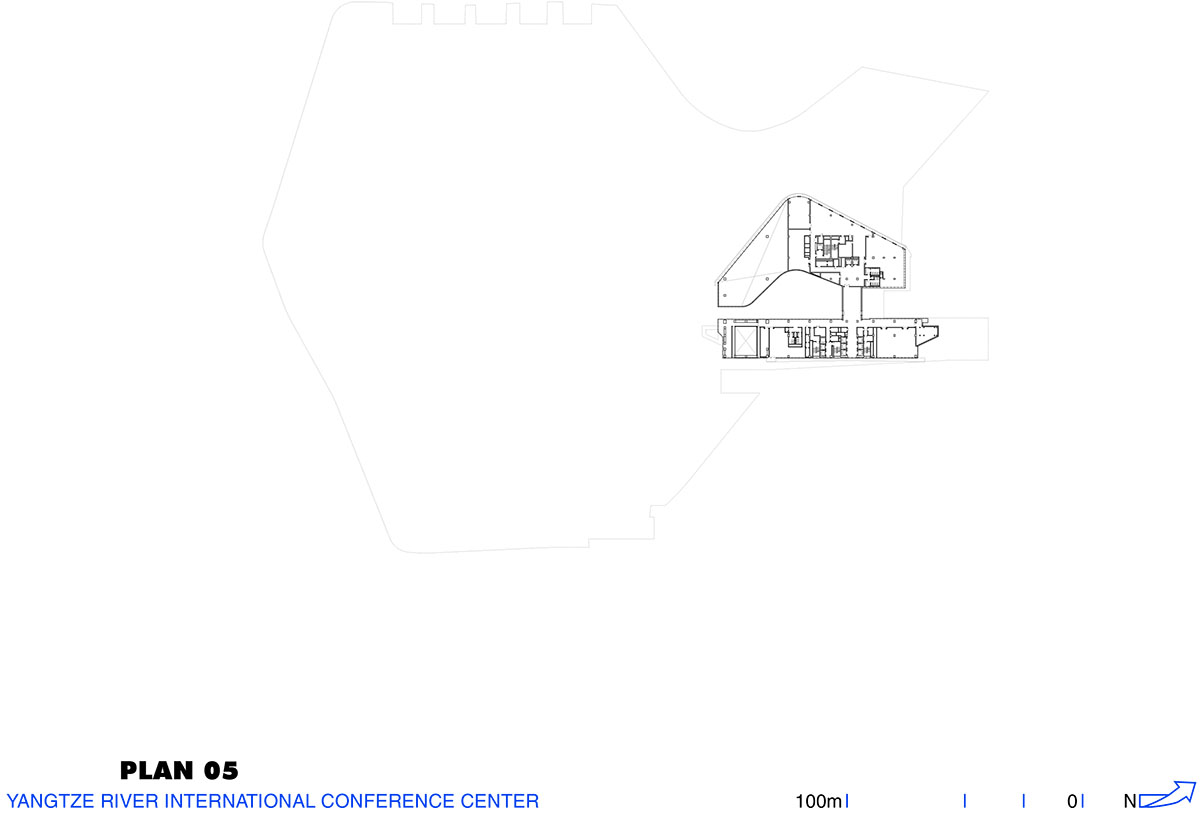 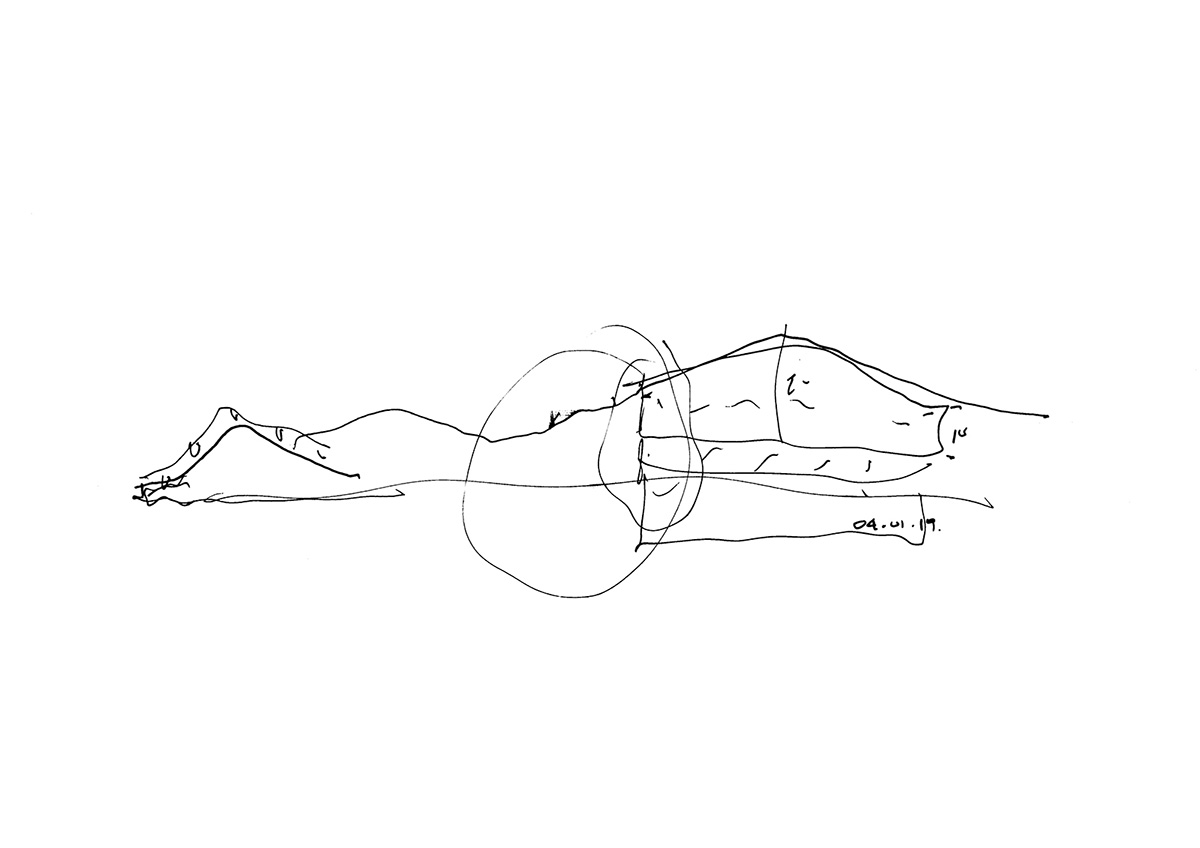 In the practice, Thom Mayne works in tandem with Partners Arne Emerson, Ung-Joo Scott Lee, Brandon Welling, and Eui-Sung Yi, and a team of more than 60 years. Morphosis has offices in Los Angeles, New York, and Shanghai.

Sustainability / LEED: BIAD and others