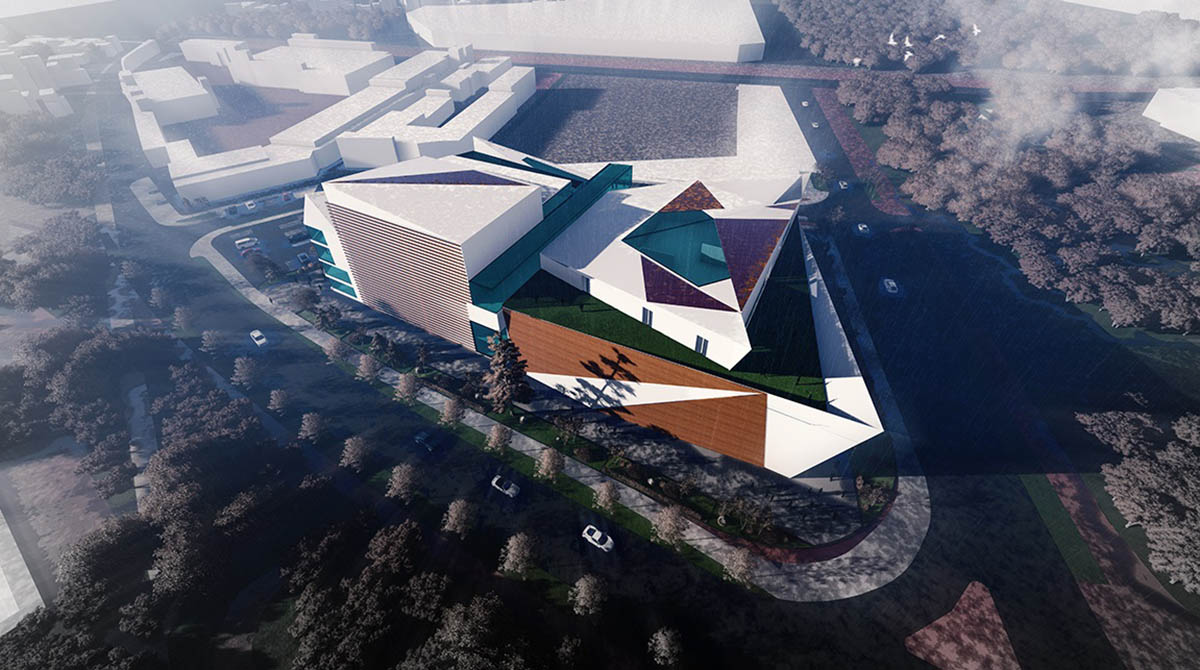 As the task of the project was to create a conceptual architectural design for a multifunctional hall/ convention center, the first step of the studies contains hall/congress centers details and also the site and situation studies.

The geographical and historical studies of the region and also the native architecture of the city were the next levels which were done during the design process of the project. Spatial contains, diagrams and also physical programming of the project according to the design needs and site analysis were done next.

Starting from the plan or creating a form before, is a question that always architects and designers have, but in this project it has been tried to start and have both of these cases in the same time.

The purpose of the competition was to receive a quality and functional proposal for the complex of the concert hall and convention center in Banja Luka, whose core is a multifunctional hall with 1500 seats. So, according to the mentioned factors, the first lines were drawn.

Having balance with the aesthetic factors and functional needs and inviting tourists and users was one of the main and important parts of the project and by this way, the design was searching for an answer and solution that how a project can show and save an identity of a region and its history in one hand and seems attractive for new users of today in the other hand and invite them.

The solution which may answer to this question should create the basis for realization the potential of the city of Banja Luka in terms of improving the cultural offer of the city and the region, as well as the congress activity – an important educational-economic-tourist branch. Creativity and function are the keywords which were selected for this project. As the design target is a multi-functional complex and as cultural and entertainment usages are being presented in this project, attraction and inviting factors are very important functions in this project. So the forms, lines, lights, material and all needed factors were chosen according to this. 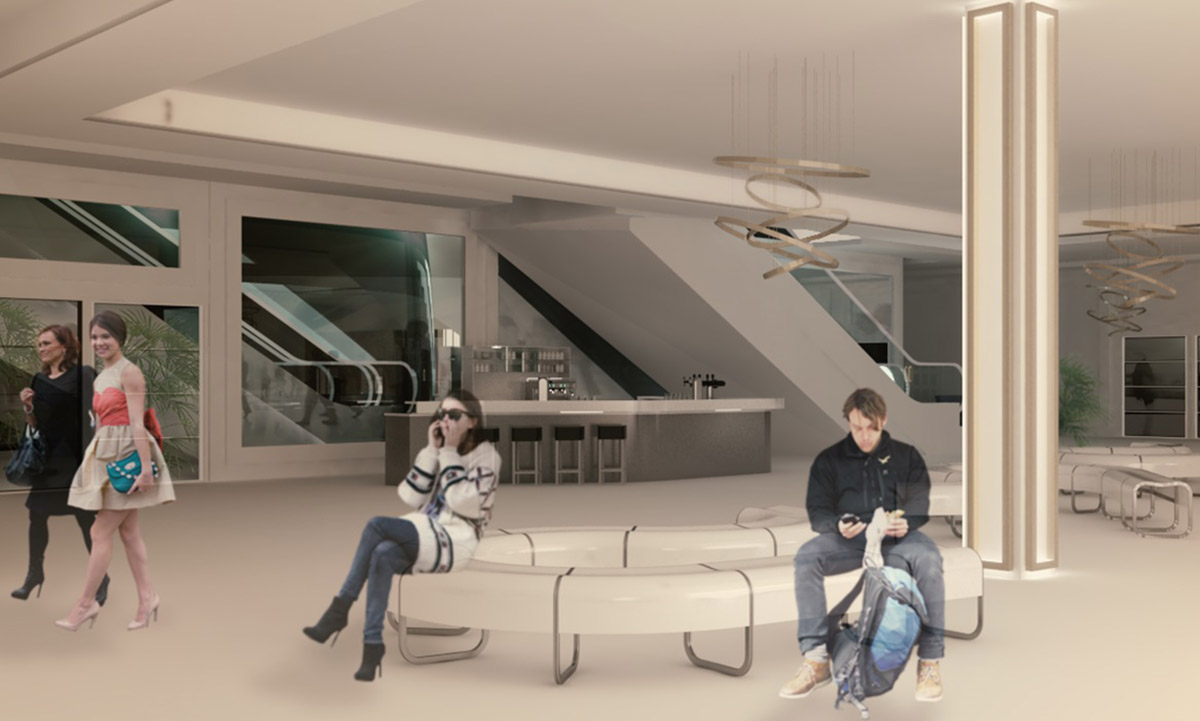 According to the physical programming and space management and needs of the project, some specific spaces such as halls, galleries and rooms with higher spaces caused project some conflict facades which tries to have balances.

Fractal and part to part design method has been used in any level of design process of this project and totally it has been tried to have an untied complex. 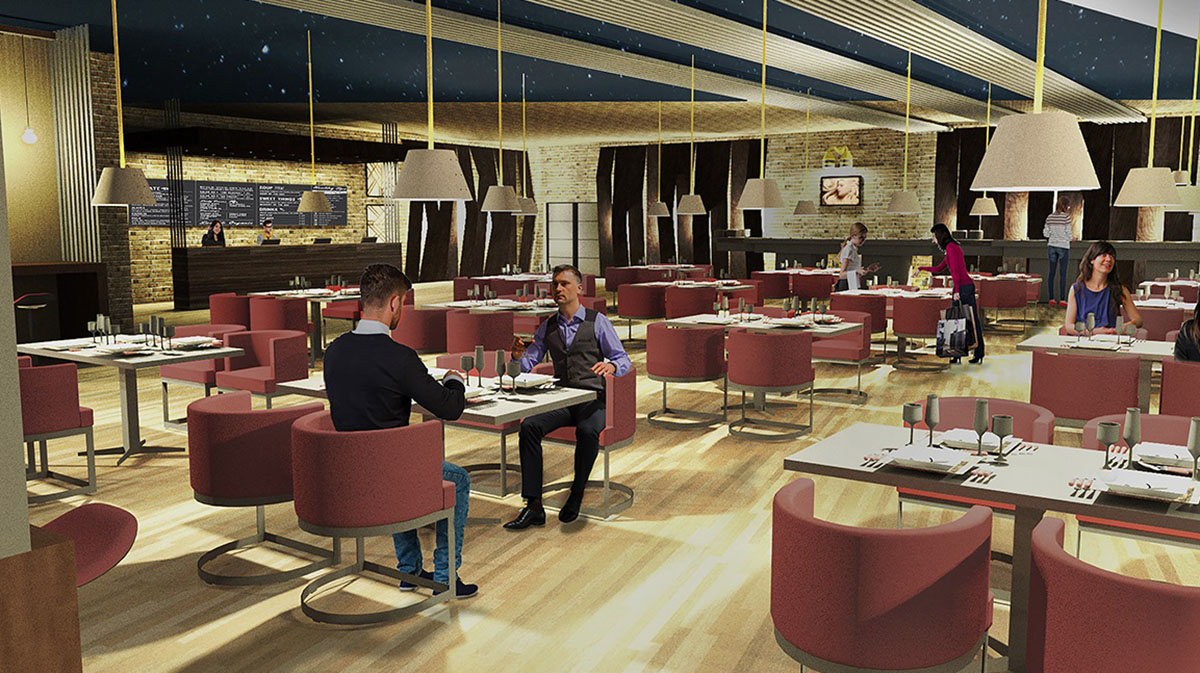 In plans, the lobby is one of the main parts which causes the users to decide where to go. Users` traffic is an important factor that can be a big problem in these kinds of the projects. Because many users of the halls and congress rooms may come to these spaces in a same time and want to leave in a same time too. 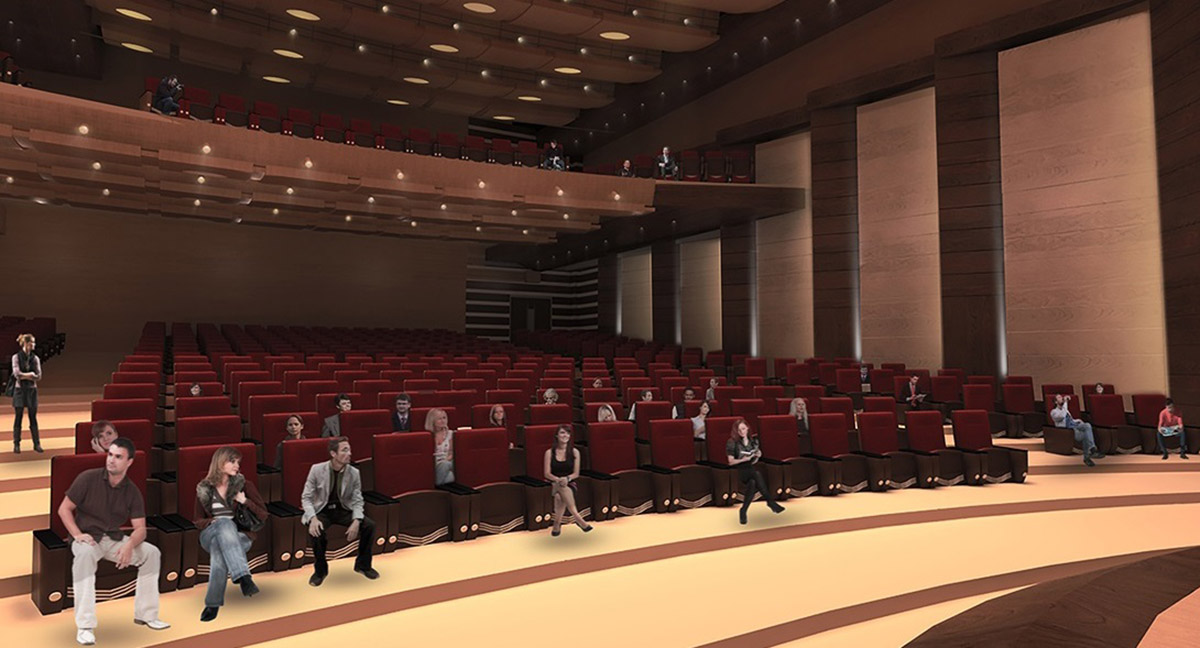 In salons, halls and congress centers also all needed points and rules for such kind of spaces such as acoustic, user views, entrance, exit and etc. have been used.

The new proposal of Banja Luka Multifunctional Hall/Congress Center is looking for creativity, attraction, constructive, functional and professional architectural details and totally a modern complex in a native space with its own identity and this proposal has tried to reach these aims in this project.

All images courtesy of Studio Eiraji