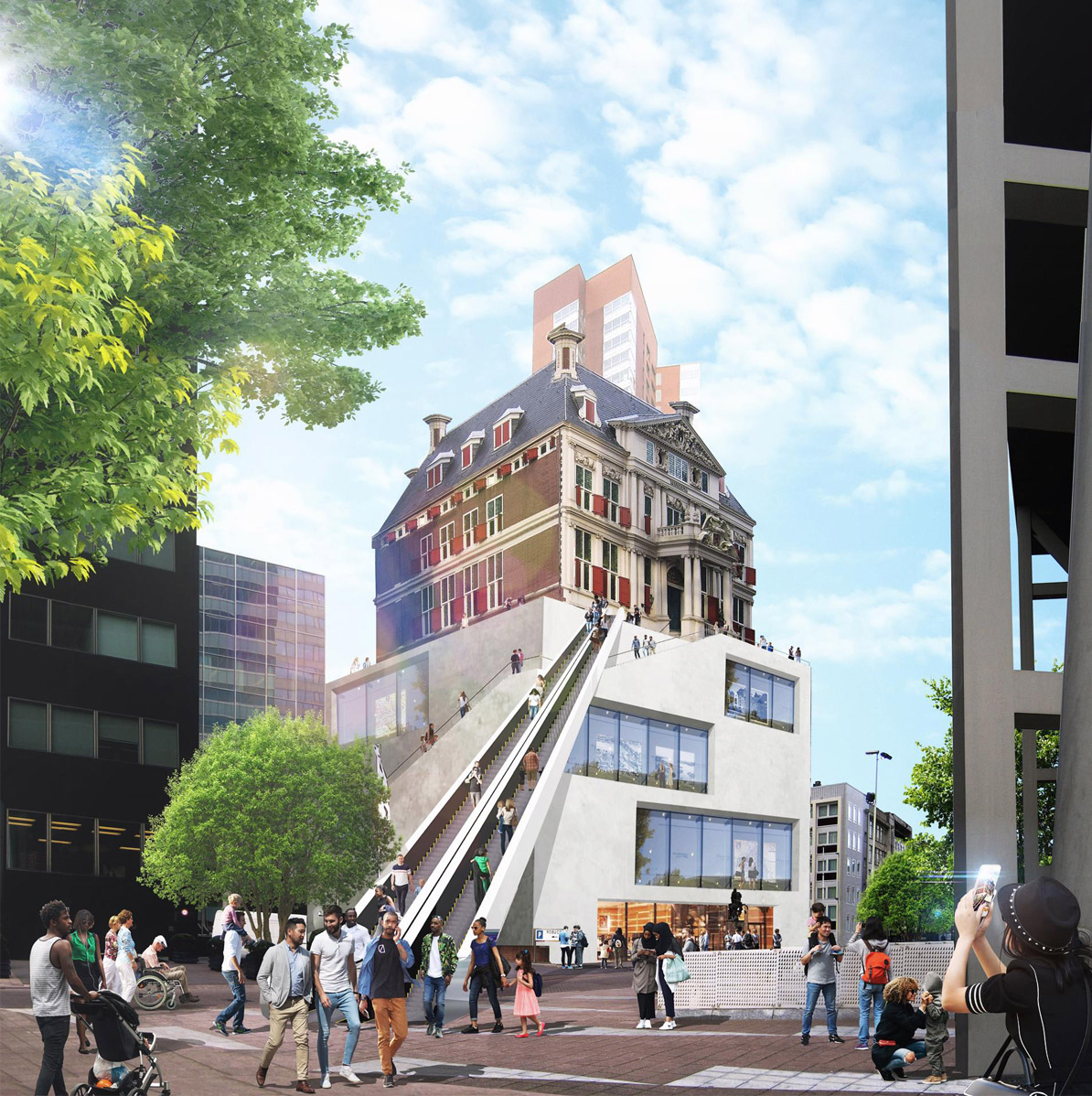 Monday September 21st, Winy Maas, founding partner of MVRDV, has written an open letter in response to the negative recommendation by the Rotterdam Council for Art and Culture (RRKC). The RRKC has recommended closure of Museum Rotterdam.

The ambition of the Museum Rotterdam is to tell the pure and authentic stories of Rotterdam, in collaboration with the citizens. They want to create new international connections and allow room for creativity, with new stakeholders, new target groups, more exposure and more visitors. However, the Council does not see the current situation of the Museum, even with its new ambitions, as feasible and has advised to close the museum. As an alternative the Council also recommends to develop a new city museum, where these ambitions can be achieved.

In the letter, Winy Maas addresses his disagreement with the recommendation of the RRKC. He also argues that placing the museum inside the Timmerhuis was a mistake and that the museum should be moved back to the Schielandshuis. As the Schielandshuis is limited in expansion and therefore does not have enough space for the required exhibition rooms, Maas presents a MVRDV plan from 2008, where the building will be lifted, more space will be created and the building will be put on a pedestal. (see top image)

Today, September 22nd, the fate of the Museum Rotterdam will be officially determined. Here you can read the full open letter by Winy Maas:

Give museum Rotterdam a central place!

Museum Rotterdam is in danger of having to close its doors due to a negative recommendation from the Rotterdam Council for Art and Culture (RRKC). The museum, founded in 1953, is acutely hindered in its important mission. Every large city needs a historical museum, and a city like Rotterdam cannot do without it. Rotterdam is the most modern city in the Netherlands, with a history intertwined with the world port. This makes the population diverse, young and active. Such a city needs a connecting element to promote identification. Museum Rotterdam has been doing this very actively; it has been contemporary and accessible for a long time, really in the Rotterdam way.

Hiding Museum Rotterdam in the Timmerhuis in 2016 was the first mistake. Instead of a place of honour, as in other cities, the museum was put in a place where a citizen service centre should actually be.

I plead for Museum Rotterdam, the treasury of the city, to be given a central place in Rotterdam again and to move back to the Schielandshuis. By combining the museum with Rotterdam Partners, the VVV and the City Archives – an open archive instead of a closed box somewhere on the periphery, comparable to our Boijmans Van Beuningen Depot – a worthy Rotterdam historical museum is created. Collaborations with the nearby Maritime Museum and the Volkenkundig Museum are obvious.

Allow me to dust off a 2008 MVRDV plan for the Schielandshuis: lifting the building. The Schielandshuis has a very Rotterdam history; burned down in the 1860s and badly damaged in the war it was reconstructed. It now stands like a dwarf surrounded by high-rise buildings. By substantially raising the Schielandhuis, extra space is created for museum rooms. This is possible both technically and financially. The lifting produces a spectacular and almost symbolic construction process and result.

This could become the desired "grand change" that the RRKC prescribes in the negative recommendation (and which they currently still doubt) through which a new monument and visitor hotspot could emerge. In our plan, we literally put the Schielandshuis on a pedestal. With stairs, escalators and lifts leading to it and a platform around it, a museum is created that offers an overview of the city. A building that symbolizes not only the past, but also the proud city that has risen from the ashes like a phoenix. On Tuesday, September 22, the fate and survival of Museum Rotterdam will be decided. Let’s show together that Rotterdam can be a city that combines history and future!