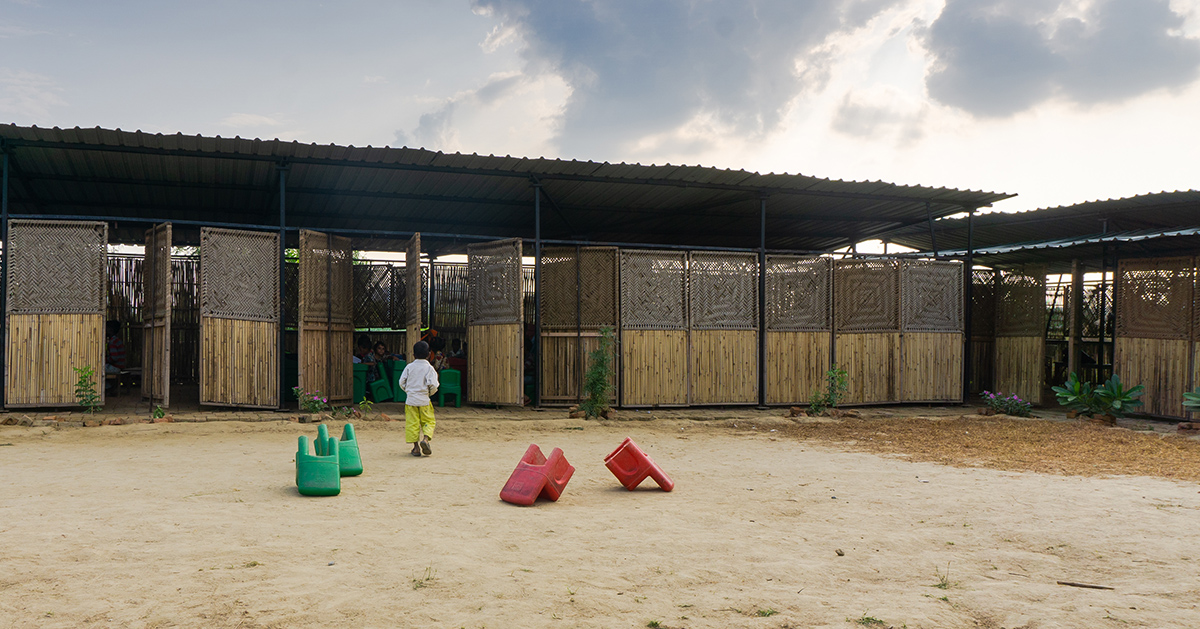 "Small is beautiful and also small can be really powerful. Sometimes the smallest projects can lead to a bigger impact and I feel that is what is happening with Modskool," says Swati Janu, Founder of Social Design Collaborative.

ModSkool, the winner of the Beazley Design of the year 2020 (Architecture), is a modest and flexible low-cost school along the banks of Yamuna, Delhi, and was envisioned as a response to the drastic forced evictions enforced on a farming community in the Khadar region of India. With the goal to "Dismantle not Demolish" against the frequently-demanded legal clearance, the ModSkool was conceptualized to cater to the quintessential educational needs of the children belonging to the agrarian settlement often regarded as "Squatter Settlements". 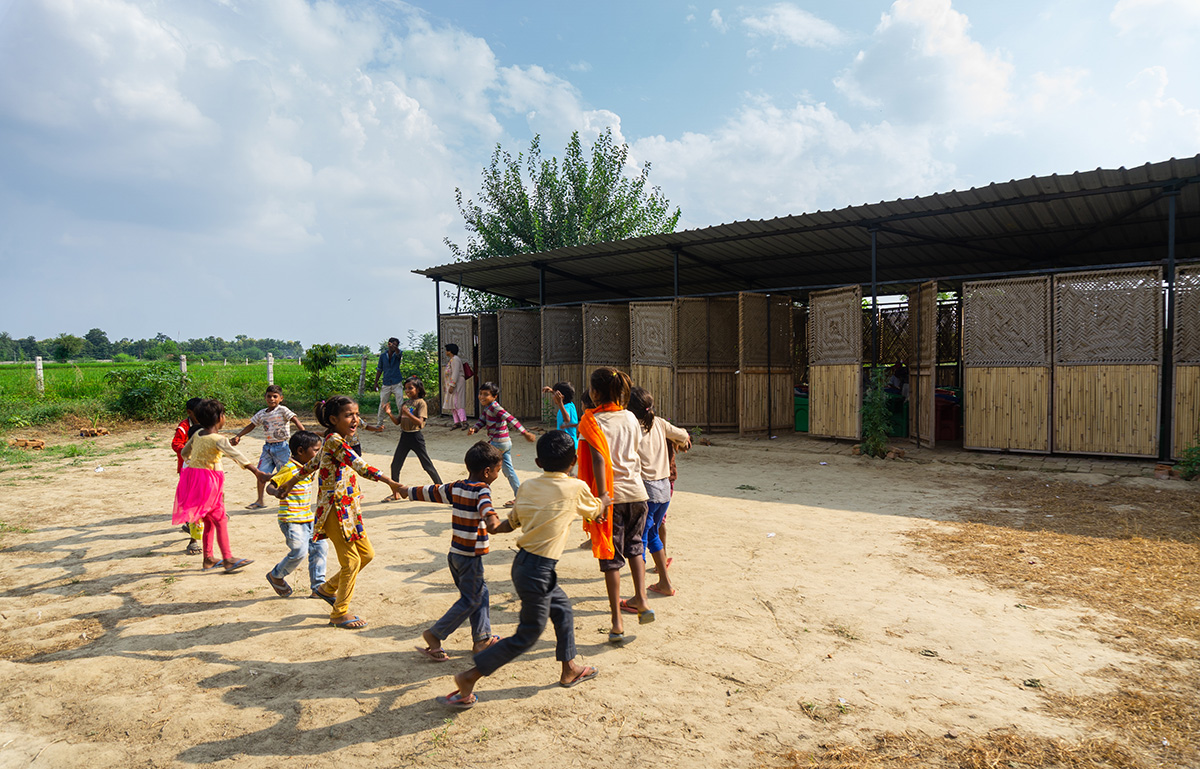 Yamuna Khadar, a rural community dwelled in the outskirts of Delhi, lost their local school ‘Van Phool’ a continued educational medium since 1993, in the year 2011, against a demolition initiated by the Delhi Development Authority. This deprived the community of accessing basic formal education under trying circumstances. In a Counter attempt, the community claimed its Right to Education under the Public Interest Litigation, through which the community representatives were successful to initiate restoration of the school under the strict constraints of a "Temporary- Built" Status.

The Social Design Collaborative, a community-driven architectural practice, stepped up to the critical yet sensitive challenge and articulated ModSkool, a modular response, mindful of the Urban and Political fabric of the site and the community. The design evolved from a series of consultations with the school staff, assessment of community needs, and accordance with available economical resources. With the help of a highly driven design team, passionate volunteers, young students, and members of the community, the school was built on-site within a span of 3 weeks as a collaborative effort. Here, Swati Janu, Founder of the Social Design Collaborative, responds to some critical questions that give us an Inside-peak into behind the scenes work-process of the 'ModSkool'.

Palak Shah: How did the idea of "ModSkool" come into being once SDC was served with an atypical brief by the community? Could you highlight some of the key goals during the initial stages of the project as Architects?

Swati Janu: The school had to be designed to be dismantled if required, that was the brief we received from the school staff since their previous building had been demolished by the Delhi Development Authority. This was because the farming settlement where the school is situated is considered 'illegal' due to the absence of land tenure, despite their contribution to food production in the city. However, India's Right to Education Act makes education a fundamental right of every child between the age of 6 to 14, and the community was able to get permission from the Delhi High Court to rebuild the school with the clause that it needed to be temporary. We realized that making it dismantlable would also protect it from heavy floods which occur every few years as the school is situated on the floodplains of the river Yamuna in Delhi where farming takes place.

Swati Janu (continued): The idea of designing a modular school came after we learned more about the critical role played by the kind of school that we were designing for, in providing access to education. Since such informally run schools are situated within the neighborhood, they enable children who are too young to walk to school on their own to attend classes. This was the case with the farming settlement in the Yamuna Khadar area as well. The parents were busy working on farms and could not drop their children to schools; who could not take any mode of transport either since their farms are far-removed from the main roads. We realized that designing a modular low-cost and easy-to-build/ dismantle structure would help support such bridge schools which play a very important role in bridging access to the formal education system in our country.

Soon After raising a secure and safe educational space for 200 children of the Yamuna Khadar, the design of the ModSkool was put to a challenging test. In the year 2017, due to the surfacing legal land issues, the ModSkool had to be dissembled and relocated to a new place in the city. Thus commencing the ModSkool-Phase 2. While the formal school structure was erected using local materials like bamboo and dried grass, the succeeding built form was fabricated borrowing local and traditional skilled crafts of cot weaving known as ‘Charpai’. Thus, designing an emblem that highlights the ingenious skills of the community, as well as empowers them by creating a sense of fulfillment, pride and, ownership. 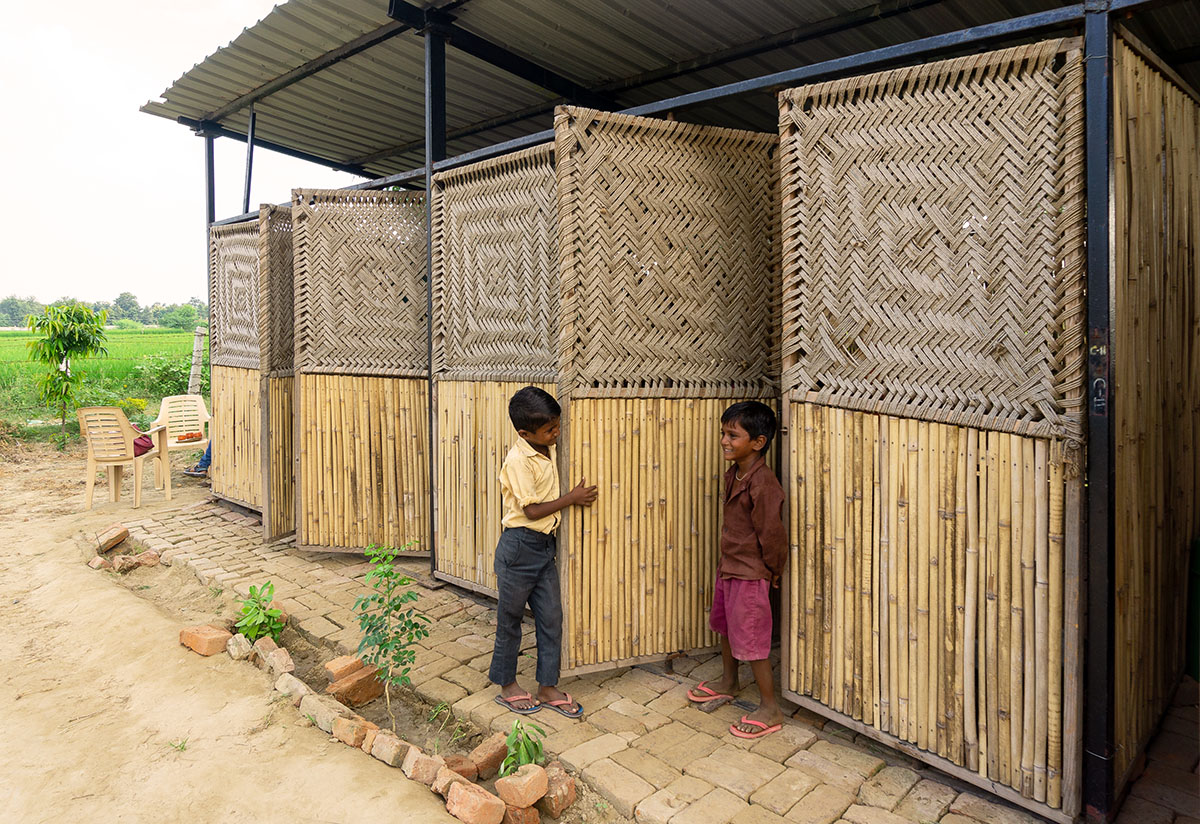 Palak Shah: 'Dismantled not Demolished' is a fascinating concept, do you believe ‘ModSkool’ can serve as a sustainable and an adaptive educational model for many squatter settlements battling with legal issues?

Swati Janu: Yes, and we hope such a structure can be useful in remote areas as well as rural or urban. The structure is designed in MS sections which are easily available in the market while the infill walls, doors, and windows can be made from locally available materials. In the case of Delhi, we used bamboo as it's low-cost, readily available, and easy to work with, and the frames were made in reused wood.

Palak Shah: What were some of the key struggles encountered during the conceptual and constructional stages of the project?

Swati Janu: The main struggle while building the school was the precarious nature of the farming community's tenure and absence of land ownership. There was always the fear that we might be asked to stop building if the school did not seem 'temporary' enough. Another struggle was the off-grid nature of the settlement. Since there was no access to running water or electricity, we had to organize these things on a daily basis. Which meant a very loud diesel generator which had to be transported on a tractor every time we needed to use any power tools (and which would break down very often). Not to mention Delhi's heat can be quite insufferable!.

The well detailed architectural nuances and attention to detail for the Modskool; the pivoting doorways and fenestrations were drafted by SDC as a symbolic statement for creating an open, inviting, and inclusive learning environment situated amidst nature, overlapping many unique dichotomies; The Urban and The Rural as well as The Modern and The Traditional. 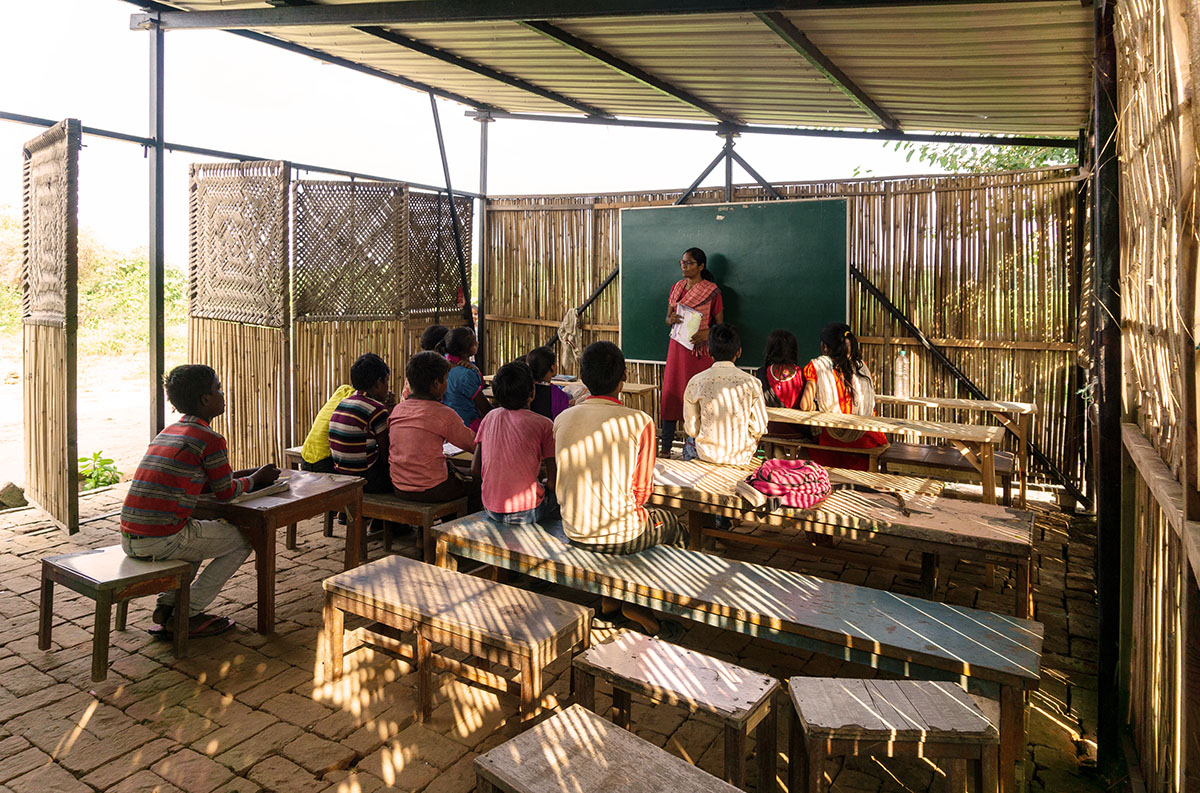 Palak Shah: Apart from economic reasons, what were some of the driving factors that played a crucial role in the overall material palette of ModSkool?

Swati Janu: It was important to use locally available materials from the point of view of affordability and sustainability. We used the same materials that the community uses to build their houses. Being farmers, they have a very close relationship with nature and live very lightly on the land, with almost a zero carbon footprint. It was important for us to learn from this and their building practices to help create an identity unique to them. After the school had to be relocated due to land ownership issues and was built further South along the river, we also refurbished the doors and windows with the weave which is used for making the traditional cots called 'charpai', a craft we found common in the area. We hoped that they might take pride in and ownership of the school space, and that is what we felt that the school has managed to do.

Palak Shah: Lastly, what was the prime take away from working on a community-driven live project like ModSkool?

Swati Janu: I would say 'small is beautiful' and also that 'small can be really powerful'. Sometimes the smallest projects can lead to a bigger impact and I feel that is what is happening with Modskool. The building of the school was a collaborative effort and that has really taught us the strength of collectives as well. Our current efforts lie at a policy and urban development level to advocate for the need to preserve indigenous urban farming and associated livelihoods in Delhi.

Using a self-critical design approach, in a rapidly developing country as India transitioning towards ‘Smart Cities'. The Social Design Collaborative team attempts to raise a serious question, "Is it smart to remove farms to build parks as envisaged in the riverfront development plan? While the world over, cities are beginning to realize the importance of urban farming, do farmers have to be evicted from the heart of Delhi? ".