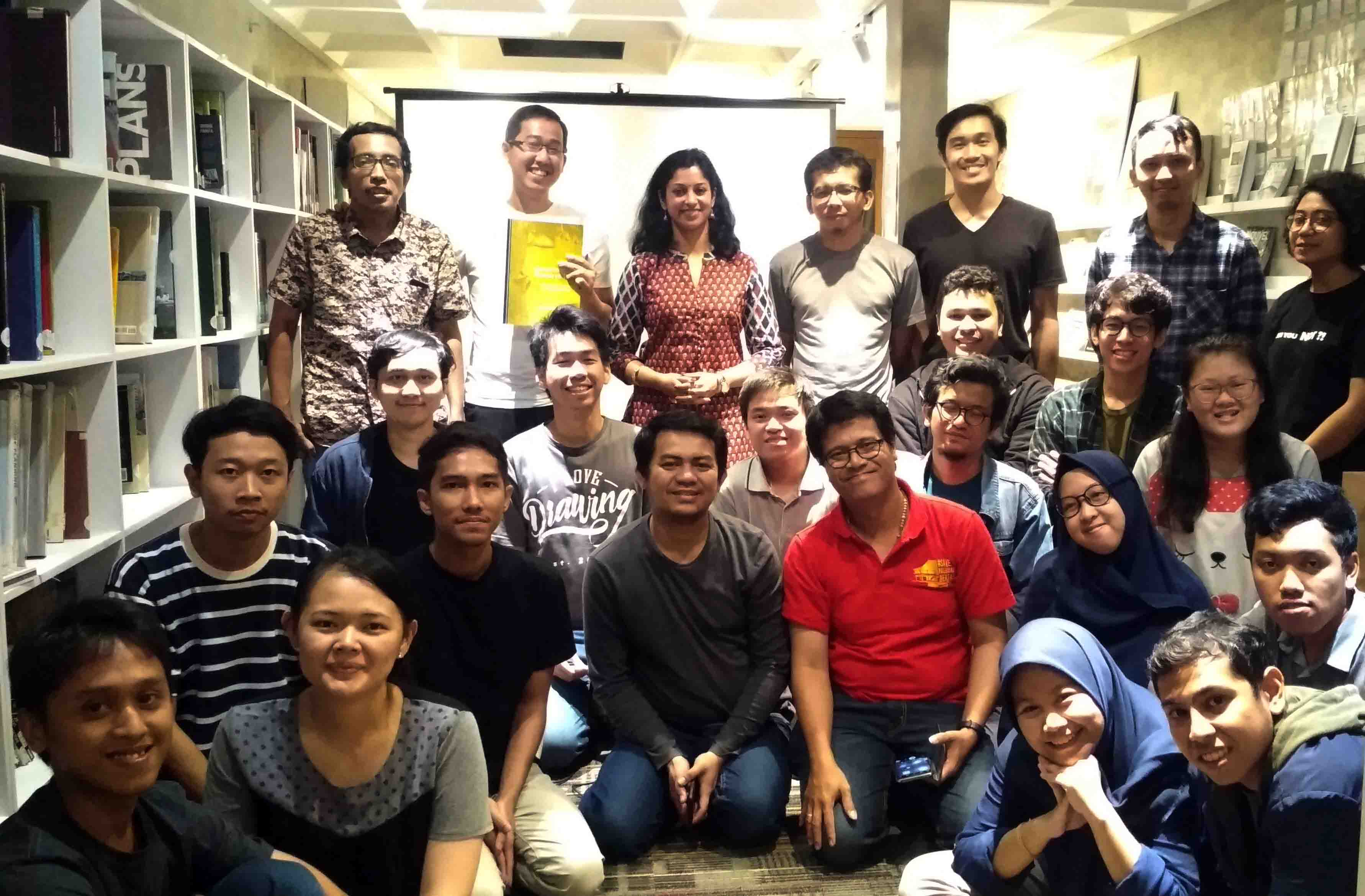 Renowned Indian architectural journalist and author Apurva Bose Dutta shares with us her knowledge of writing as an area of pedagogy and profession within Architecture. Apurva’s engagements in her journey of 15 years have also included training students and professionals in architectural writing. A recently started initiative is an online certified six-week course in the subject that has witnessed several batches of learners since August 2020. The course has grown in recognition for its exploratory and effective study of a subject that has been largely untapped, especially in India. The course contents and methodology have been founded on Apurva’s expertise and experience as an architectural writer. Titled “WRITING/S IN ARCHITECTURE”, the program’s teaching model is Apurva’s brainchild, making the wealth of knowledge within the niche of architectural writing accessible in a clearer light. This helps everyone aspiring to learn, develop, and implement their writing skills. 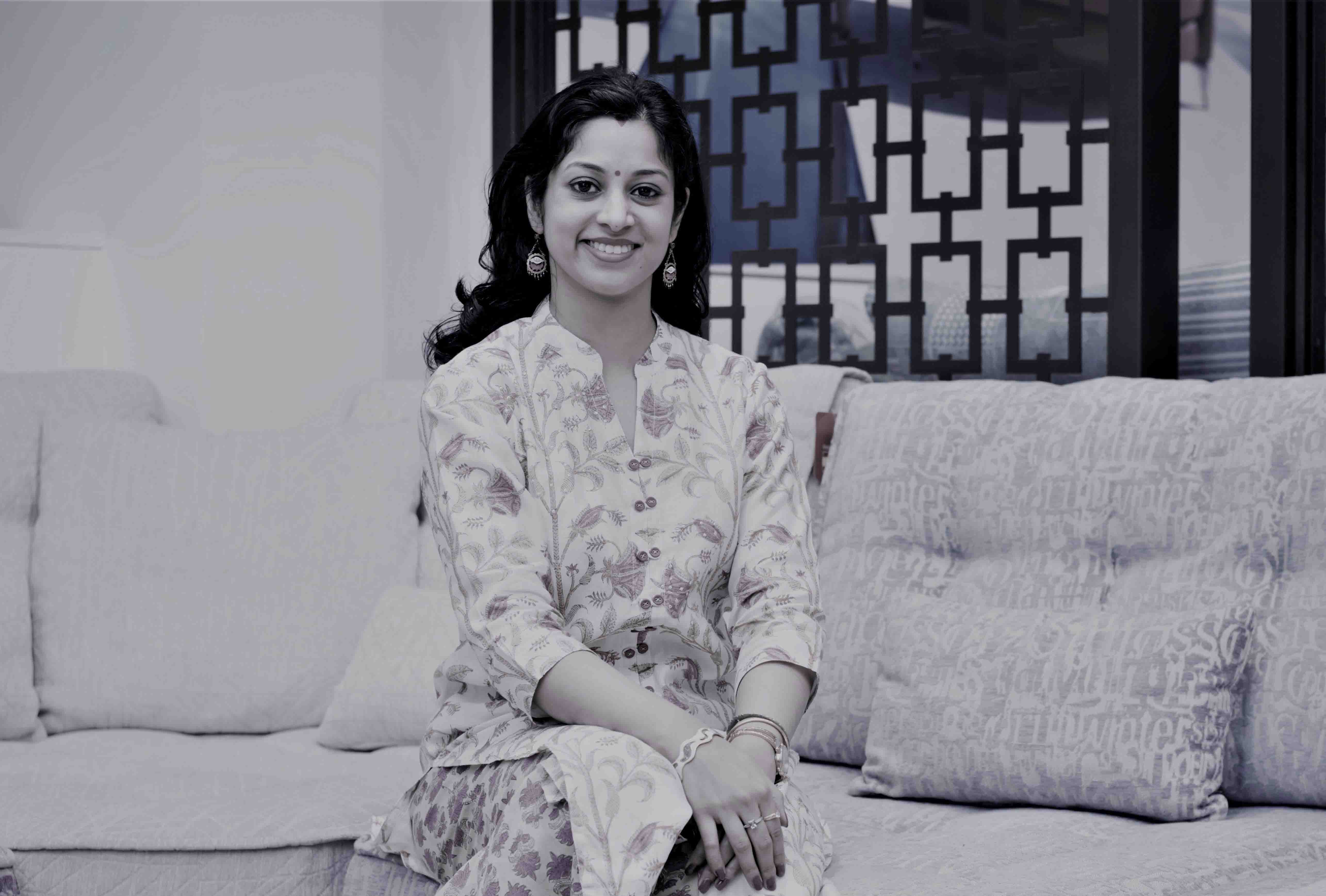 At Bangalore launch of Architectural Voices of India, May 2018

Apurva took up architectural writing as a full-time profession in 2005, within two months of completing her B.Arch from Chandigarh College of Architecture. She has also spent the last 15 years carving a path for herself as an architectural journalist and author. Through global collaborations, she has worked with multimedia publication houses, firms, organisations, and educational institutions affiliated with architecture, design, and building. Besides, she is among the pioneers to advocate for the subject of architectural writing in India, and train interested minds globally too. 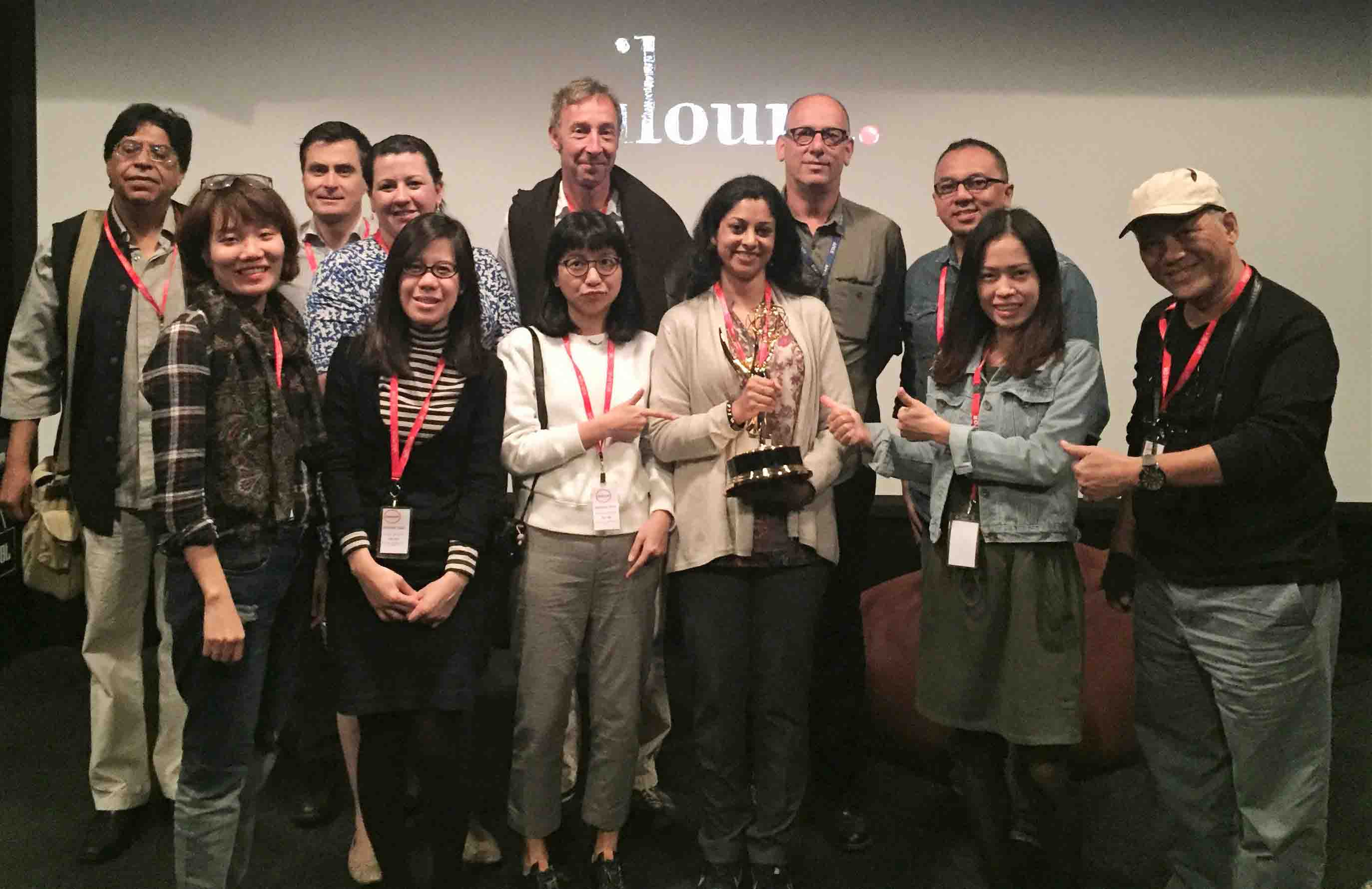 Invited by the Australian Government to represent the Indian delegation for an International Media Visit of Architectural Writers, organised in Melbourne, Nov 2016

Apurva has also obtained a diploma in freelance journalism from Stonebridge Associated Colleges, UK. Apurva has been associated with multiple architecture and design magazines in India and abroad, architecture and design firms, organisations, and institutions in various writing, curation, and communication capacities.  World Architecture Community is thrilled to hear from Apurva some insights and anecdotes from her career. She discusses some crucial areas of study and work associated with the development of Architectural Writing and Journalism.

Varun Kumar: Writing is known to find a special place amongst an architect’s skill set. How does writing aid personal development? Would you feel that writing skills also complement visualisation, thereby playing a crucial role in architecture?

Apurva Bose Dutta: Architecture generally communicates through visual imagery and is thus open to diverse interpretations. In some cases, spaces could be their silent narrators without the need of interlocutors. However, the fact remains that writing aligns with architecture in many other ways than just communicating and interpreting visual ideologies. On the one hand, writing could act as a tool to share information about architects, designers and spaces, but it could also critique a design, leading to its enhanced understanding. Writing could also analyse the relevance of good architecture to society and make the masses aware of it. It could also work as a catalyst in establishing good architecture and design as prerequisites for efficient societies, cities, and nations. Insightful and stimulating writing need not end on the paper! It should lead to discourses.

Considering a full-time job in architectural writing to influence architecture is one aspect of it. Another critical aspect that escapes focusing on is the need to make primary writing skills mandatory for architects.  Writing is the most effective form of communication, and it introduces clarity in thoughts and helps one read their mind – this could act as a great mode of personal development. Practising architects could start using writing as a tool to connect their theories to their practice. Role of Communications in Architecture

Varun Kumar: While Public Relations and Communications facilitate the flow of information in several sectors, please explain the particular ways in which it is relevant to our profession in India and globally.

Apurva Bose Dutta: Communication must be integral to a multidisciplinary field like architecture and design, where it is used across disciplines, stakeholders and the very expansive team that handles any project. Public Relations and Communications are two mediums in which writing can manifest itself and disseminate information on architecture. Unfortunately, many countries, including India, are still comprehending architecture’s full potential to drive a nation's development. In such circumstances, it is essential to talk about architecture. There are now extensive mediums to speak about one’s work, and one should not shy away from using them capably. Many times, architecture is also considered an elitist profession, confining itself within the architectural circles. Communications can be an excellent way for it to reach the masses and establish a bond with them.

Varun Kumar: Please share a few thoughts about Journalism as a field of work. How does it function within our profession and what role does it play?

Apurva Bose Dutta: I would encourage all budding architectural journalists to analyse their reason to venture into this unconventional path because unconventional career paths demand strong will, passion, and patience. Secondly, they should have some clarity on how they will approach it. Questions on restricting themselves to sharing knowledge about architecture or letting their journalism translate into value-addition to architecture are crucial to introspect on. Either is okay, as long as they have the clarity and can plan their steps towards each direction. Thirdly, they should check for the authenticity of the information they share and stick to responsible and ethical journalism. Otherwise, it can lead to uncomfortable repercussions. Fourthly, they should be able to filter out relevant topics that need to be written about. 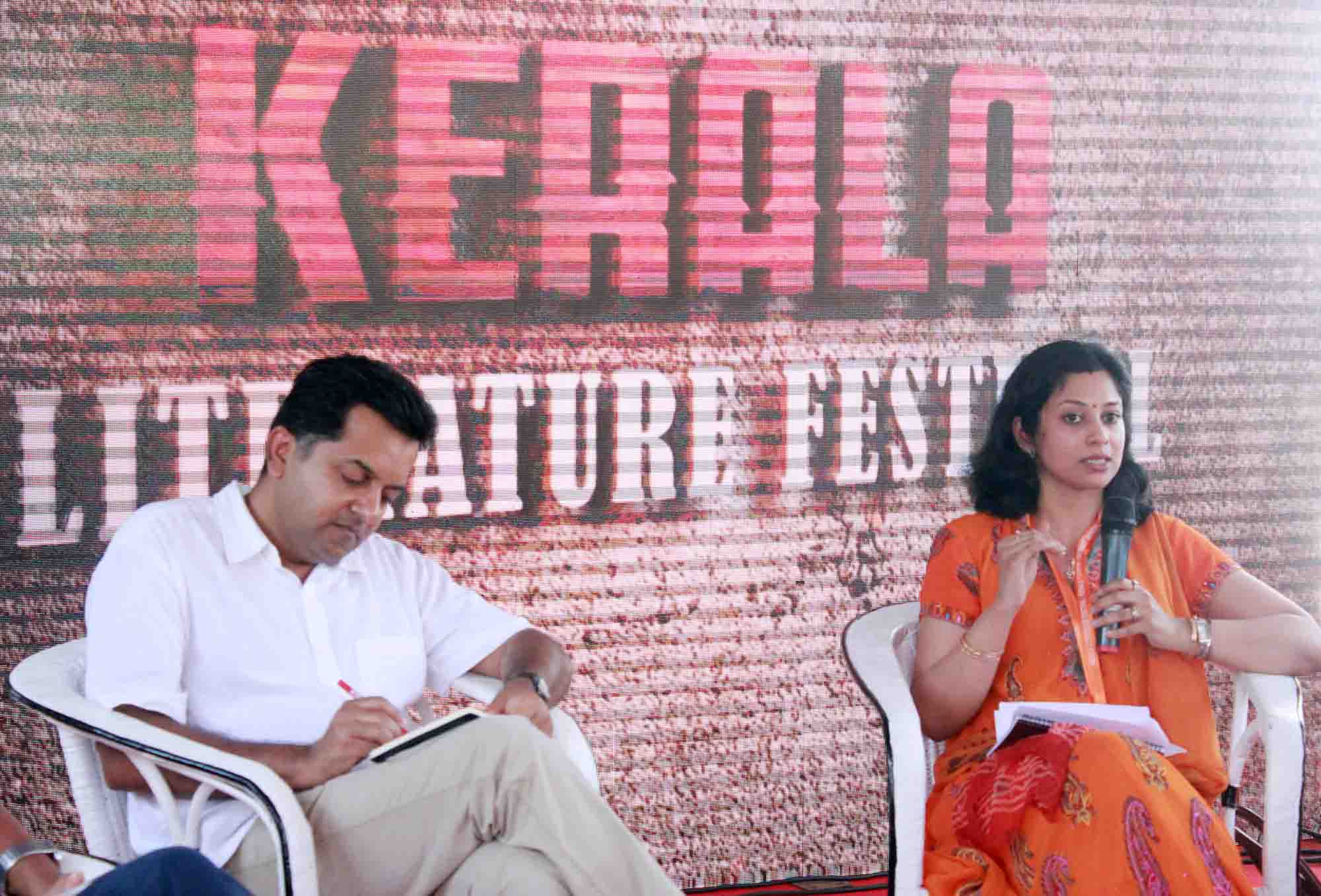 Invited as a panellist at the Kerala Literature Festival 2018, Feb 2018

Varun Kumar: Please share a few words on the status of Architectural Writing as a teaching module in Architecture schools in India

This helplessness that I witnessed amongst all these interested people compelled me in 2009 to start delivering lectures, conduct workshops, and initiate masterclasses in architectural writing on several academic and professional platforms. In the past year, when the entire world came closer, I took to conceptualising, curating, and mentoring a six-week online course on architectural writing that is presently hosted by ACEDGE. The response of the completed four batches has made me realise that the lack of architectural writing training persists in many parts of the world. There have been over 200 learners who have been mentored as part of this course, from India and overseas, including the US, Italy, Singapore, UAE, Argentina, Spain, Africa, Australia, Lahore, and Palestine.

Varun Kumar: Describe the pedagogy behind training someone to become a writer, and more specifically an architectural writer?

Each of the 24 sessions that I have conducted of the course has left me with so many lessons on the inexplicable bond that writing and architecture share. I am looking forward to the next batch of this course, beginning on 20th March 2021. 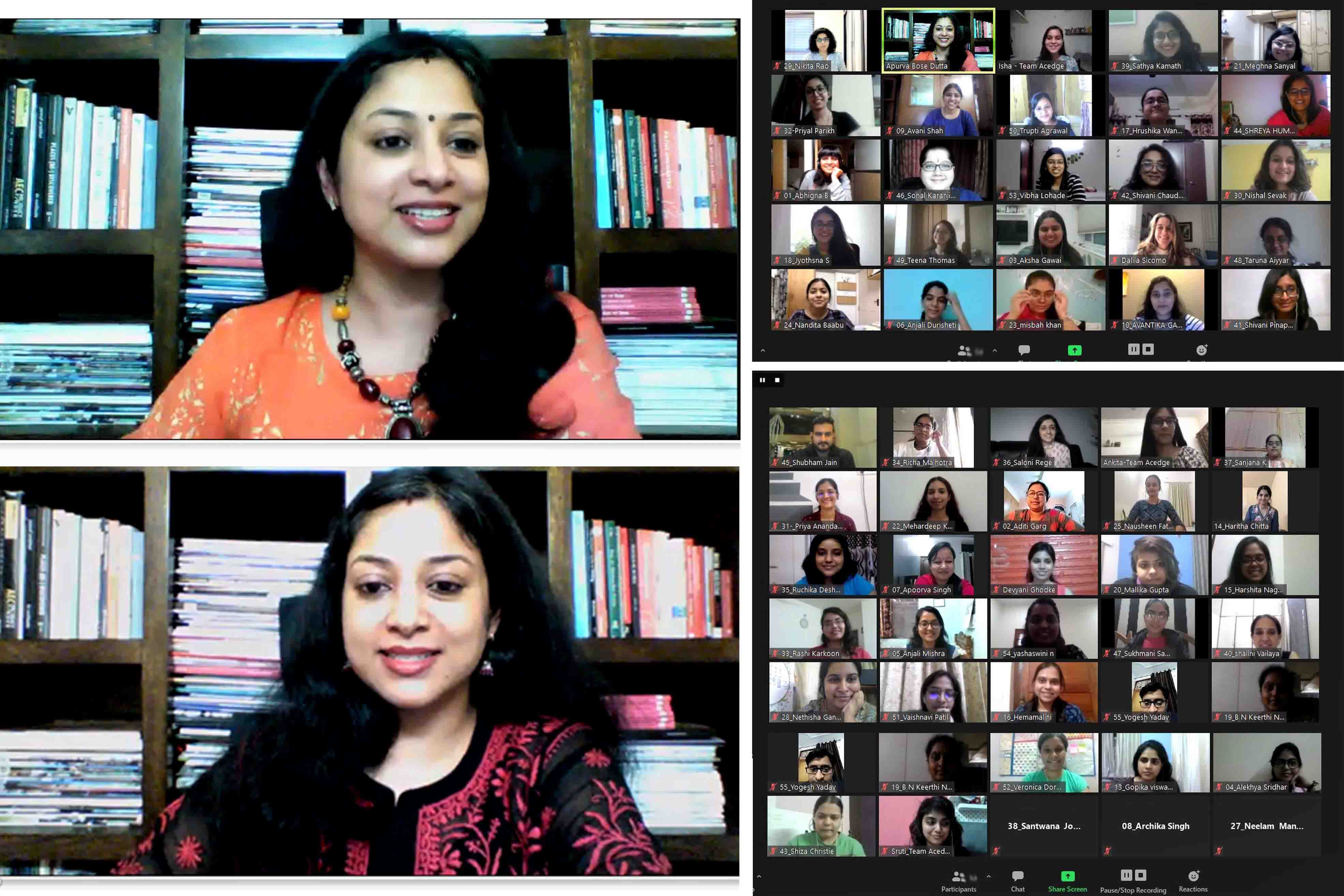 Conducting a session of the online course WRITING/S IN ARCHITECTURE, Dec 2020

Alternate avenues of work to pursue in architecture

Varun Kumar: Would you think that writing in architecture practice could or should become an arm or work of firms in India?

Apurva Bose Dutta: Architectural practices globally have come to understand the need for communication and writing in architecture. Many have employed specialists for the same, and in most cases, the potential candidates need to possess a background in architecture and have writing skills. Many firms already have research arms where writing forms an integral part of the initiative. A few architectural firms in India are also keen on taking trainees who have a flair for writing. Whether this arm needs to be mandatory for every practice would depend on how the firms want to take it up. In a few cases, the principal architects or in-house architects could also take up writing for themselves. Writing and architecture can inform each other because they are creative fields and focus on forms, structure, style, aesthetics, narratives, and functionality through their distinct vocabularies.

Varun Kumar: Would you urge the governing councils and associate bodies in India and across the world, to widen the scope of mainstream practice by including such allied areas of work?

Architecture trains us to be multidimensional, but it does not need to convey that everyone has to be a practising architect by default. One, the world does not need so many practising architects, and second, every trained architect might not have the inclination or even skills to become one. Only when these hindrances can be removed from the mind can the mind openly think about what it wants to pursue without caring what ‘it is expected to pursue’. Secondly, apart from an environment where minds can think freely, efforts should be made to acknowledge such allied areas of work and help interested people train in such areas. 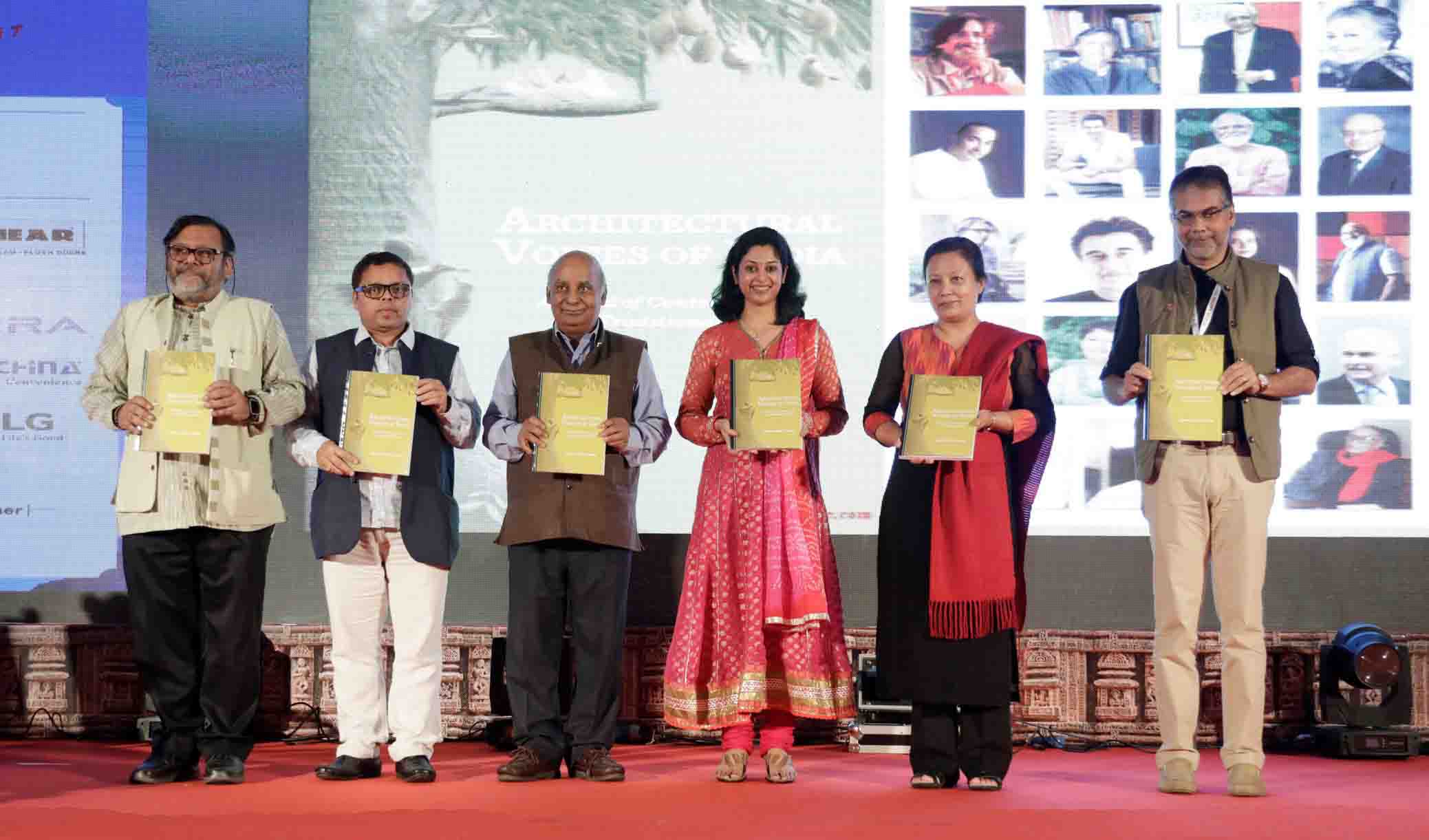 The national launch of Architectural Voices of India at NATCON by Indian Institute of Architects, Bhubaneswar, Dec 2017

Architectural Writing as a profession

Varun Kumar: Please share some learnings and anecdotes from your experience of working as an author, architectural journalist, editor and curator in Architecture?

Apurva Bose Dutta: I have had an eventful journey that has been an exploration. There was no carved career path 15 years back that an architectural writer was supposed to take, especially in India—that too for someone who decided to plunge into the profession full-time within two months of her B.Arch. In the case of fields where there is no existing history of avenues, skills, expertise, and training needed, one needs to step out, take initiatives, explore different avenues, and learn from different mediums. That is precisely what I did. I was born in Chandigarh (North India), but I moved to Bangalore (South India) in 2009, and that is when I started working independently. Besides my career path, everything else was new too. Settling down in a new city, making new connections, adjusting to the culture were some challenges to take up. I found that architectural journalism exposed me to the disciplines of architecture and writing in different ways. For me, it continues to be a learning of both fields.

Travelling locally and overseas has been an essential part of my career path, which has also helped me learn the diversity in architecture and design. Besides, I have learnt about the people who practice it and the people who live in it. I have attended international media visits with people from different countries speaking different languages. Having said that, we are still communicating through the common language of architecture, which has redefined architecture's relevance.

The responsibility of taking on the mantle of an author with my book Architectural Voices of India was a lifetime experience. It made me learn all the related skills that accompany book writing, including layouts, publishing, marketing, distribution, and more

Conducting a workshop for faculty from architectural institutions at an FDP organised by COA-TRC in collaboration with Ramaiah Institute of Technology – School of Architecture (RIT-SOA), Bengaluru, Jan 2020 (Picture credit: RIT-SOA)

Varun Kumar: Point out some landmarks that you’d want our community to note about the progress of architectural writing in India and globally.

Apurva Bose Dutta: The evolution in architectural writing that I have witnessed in the past 15 years has been immense. Speaking about India, there has been growth in the awards and acknowledgement of the subject, students and professionals' interest, and the number of architecture schools focusing on writing as a crucial part of the architecture. More job opportunities have been created, and there has been a proliferation of multimedia publications. More needs to be done, although. We can do away with the number of publications that add no value. We should opt for experts to provide rigorous training in architectural writing. We could improve the writing quality, and more firms could opt for architectural writers in their core teams.

Globally too, the interest that architectural writing has generated is tremendous. Social media has enabled groups where discussions on the subject and its impact on architecture continue to be rampant. The future of the subject holds a lot of promise and positivity.

Top image: Invited as a speaker to speak on Architectural Voices of India at OMAH Library in Jakarta, July 2018.