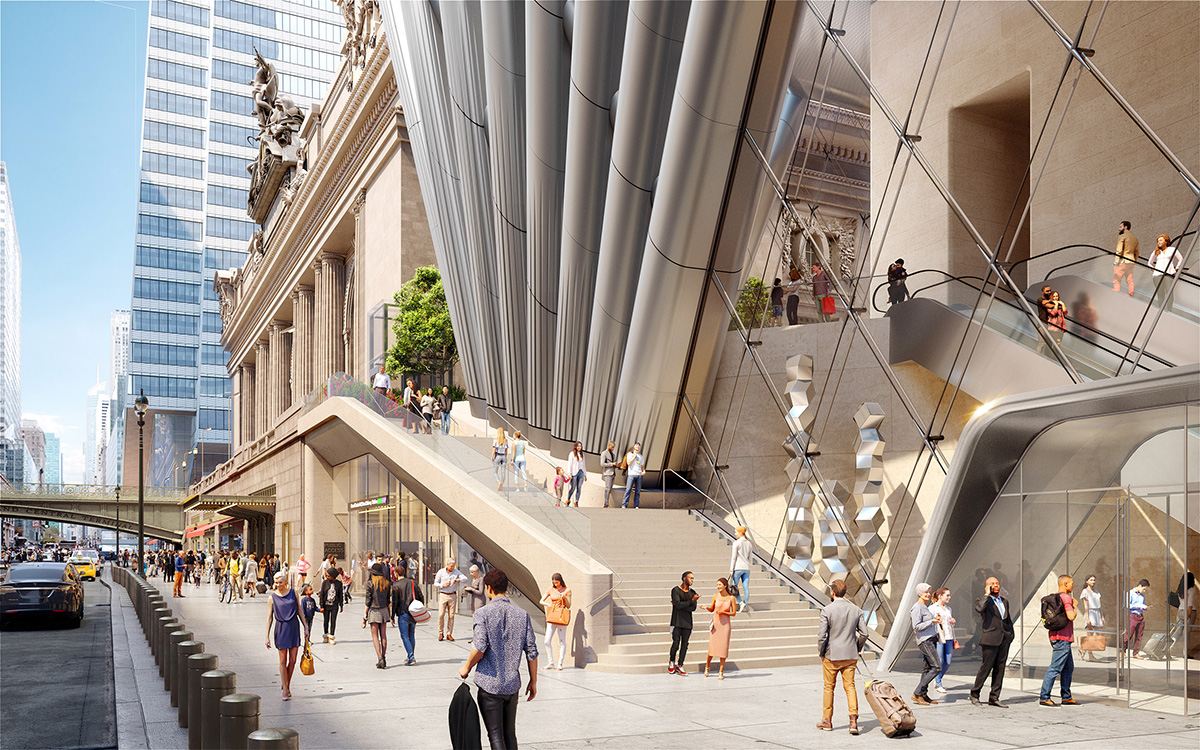 175 Park Avenue will reach at 1,646 feet tall (500 metres) and include office and retail spaces alongside a new 500-room hotel run by Hyatt, making the structure second-tallest building in New York city.

Developed by RXR Realty and TF Cornerstone, they purchased the site in 2019, the demolition of the existing structure is scheduled for the next year and expected to complete in 2030.

SOM will be working with Beyer Blinder Belle and landscape architecture and urban design firm James Corner Field Operations on the project. 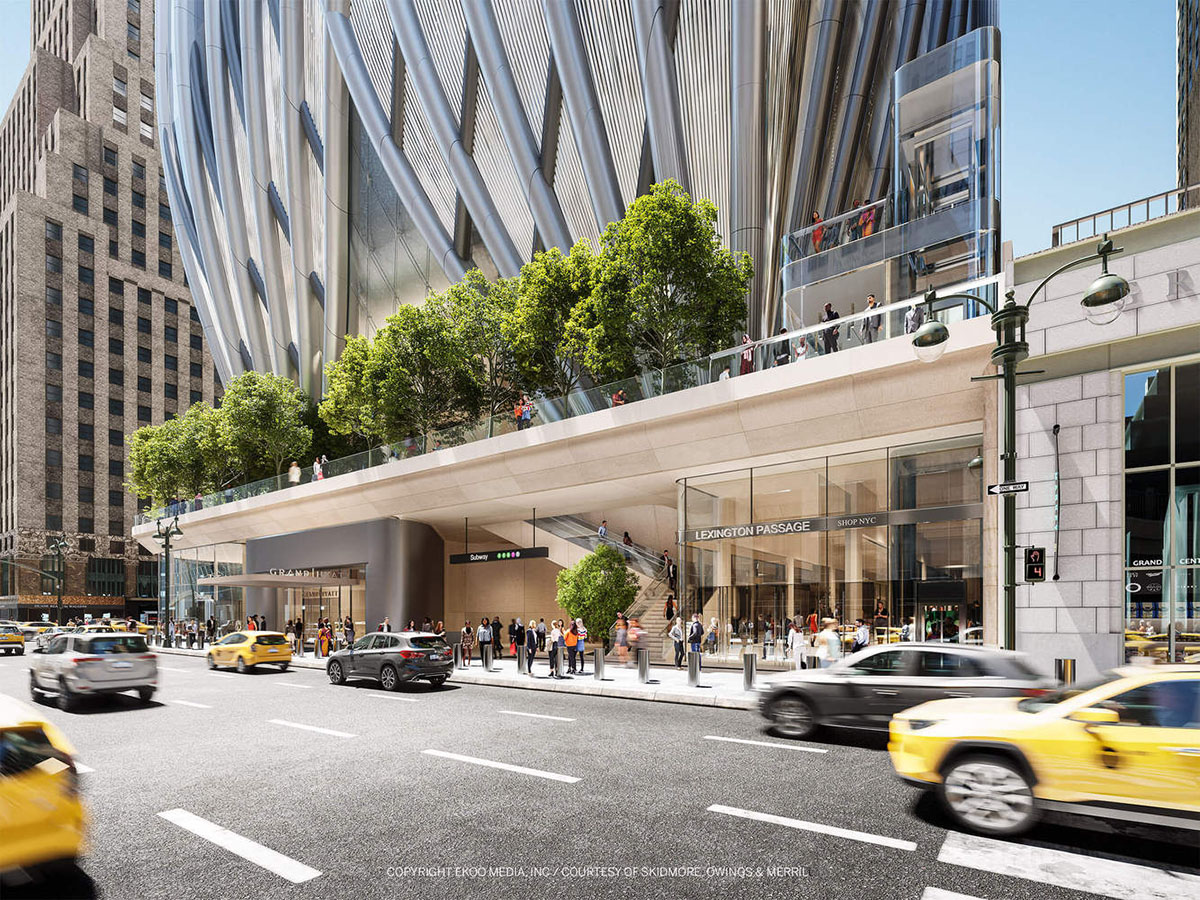 The tower will incorporate three elevated terraces and offer 24,000 square feet (2,229-square-metre) of new public space. The design of the tower takes inspiration from Grand Central Terminal and features a glazing façade with structural steel columns. 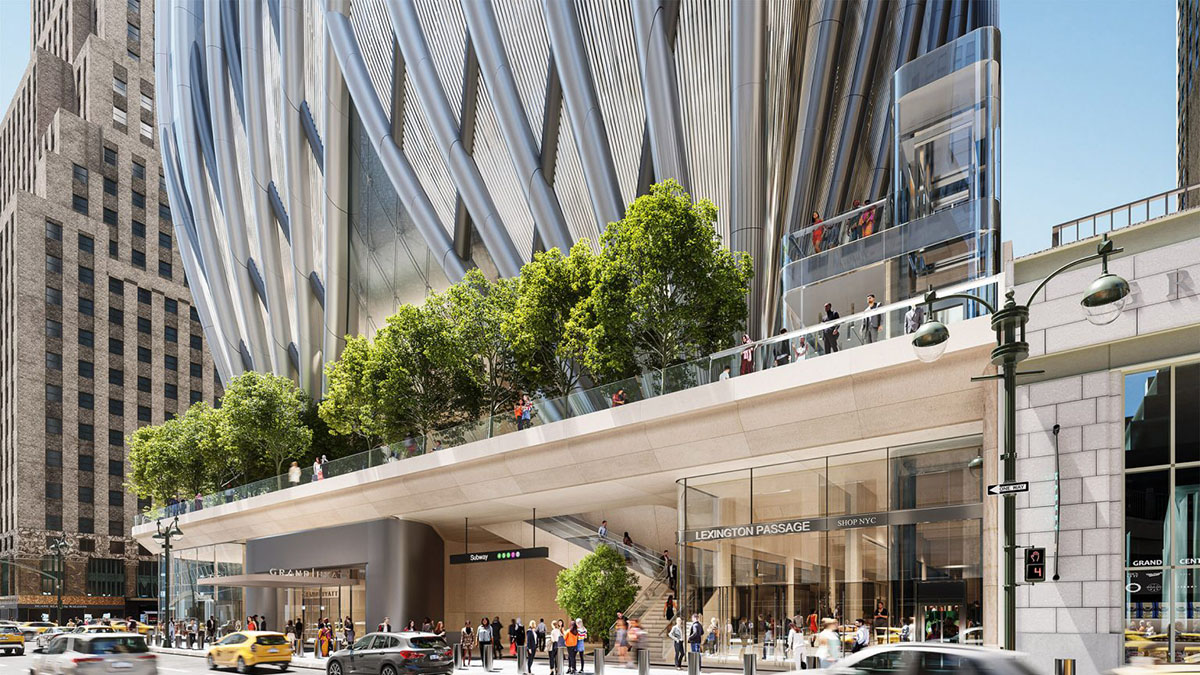 For its materiality, the tower, as the team explains, a stone-clad core complements the overall appearance of the tower, while "creating an interplay of solids and voids that reflect Grand Central Terminal’s iconic design to create visual harmony and cohesion between the two structures."

For the outer skin, the team uses a structural lattice splitting into a pattern that aligns with and responds to key features of Grand Central Terminal, such as the cornice line and the statue of Mercury.

This latticework will complement the peak of the tower with a “rounded crown of luminous, interlaced steel.” Featuring four setbacks through its massing alongside the street, it will help the tower to receive maximum sunlight. 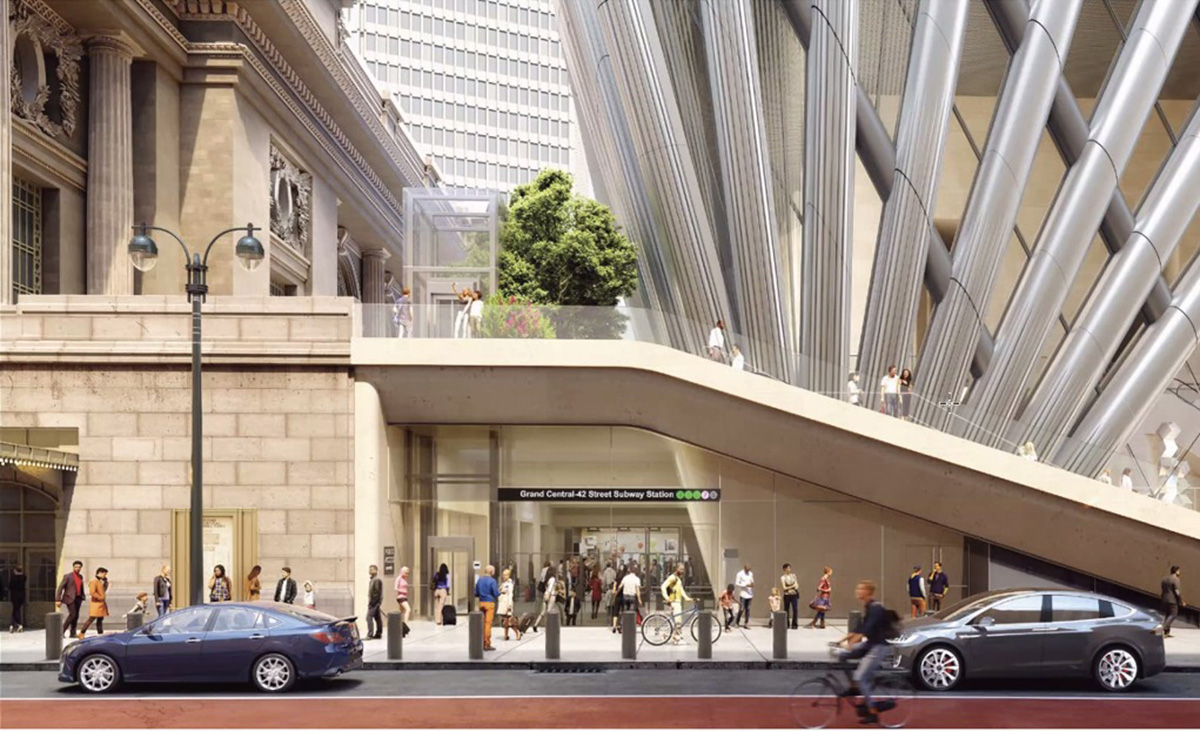 As the team highlights, the creation of publicly accessible space will be an integral role in the project. Three public terraces, named Grand Central Terrace, Graybar Terrace, and Chrysler Terrace, will be designed by James Corner Field Operations and those terraces will wrap the eastern, western, and northern sides of the new tower and they will be accessible via two grand staircases located on 42nd Street as well as multiple ADA-accessible elevators. 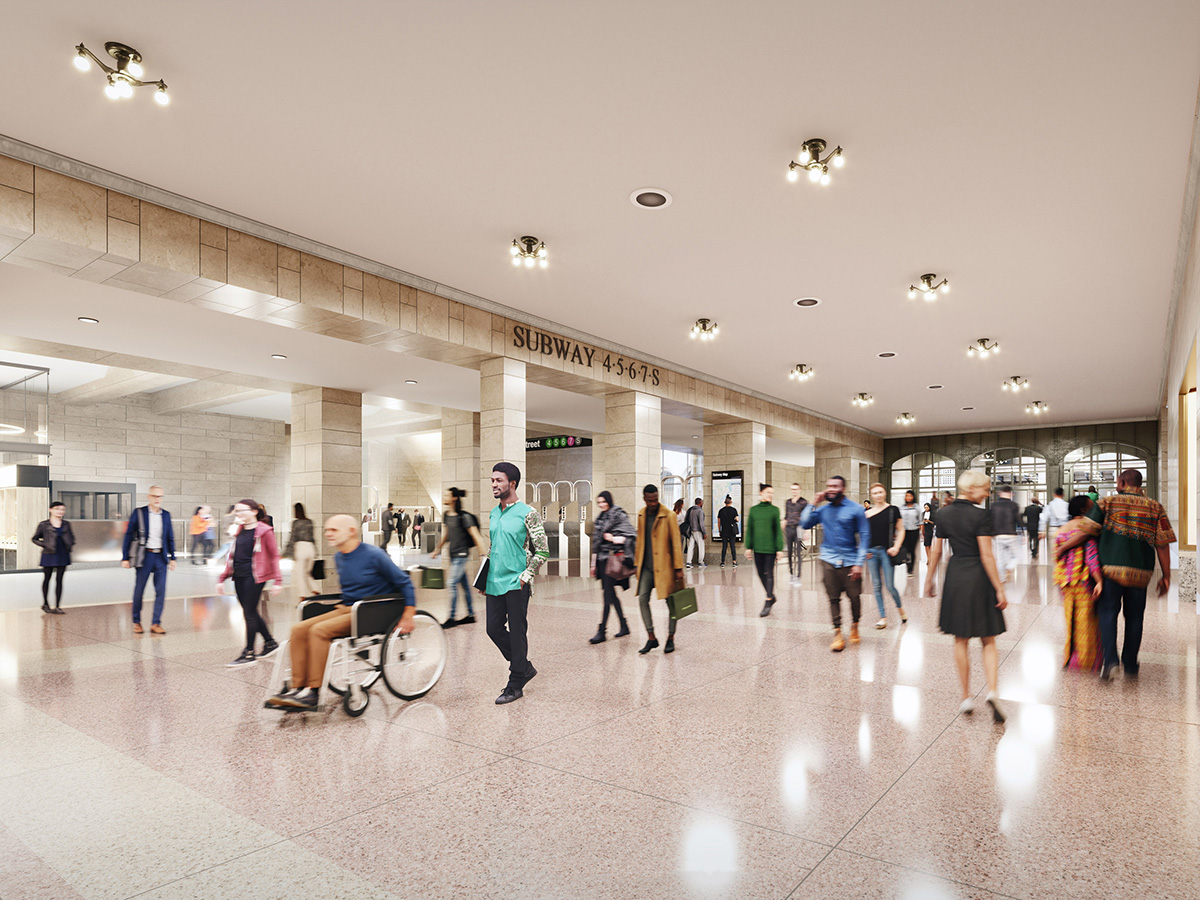 SOM stated that "the three terraces will create new vistas for pedestrians to view the neighborhood’s historic architecture, away from the bustle of 42nd Street and Lexington Avenue."

Filled with public art installations, pop-up seating and drink stations, "the terraces will accommodated a wide range of programming and activities to ensure it provides real benefits to the local community," as the team highlighted. 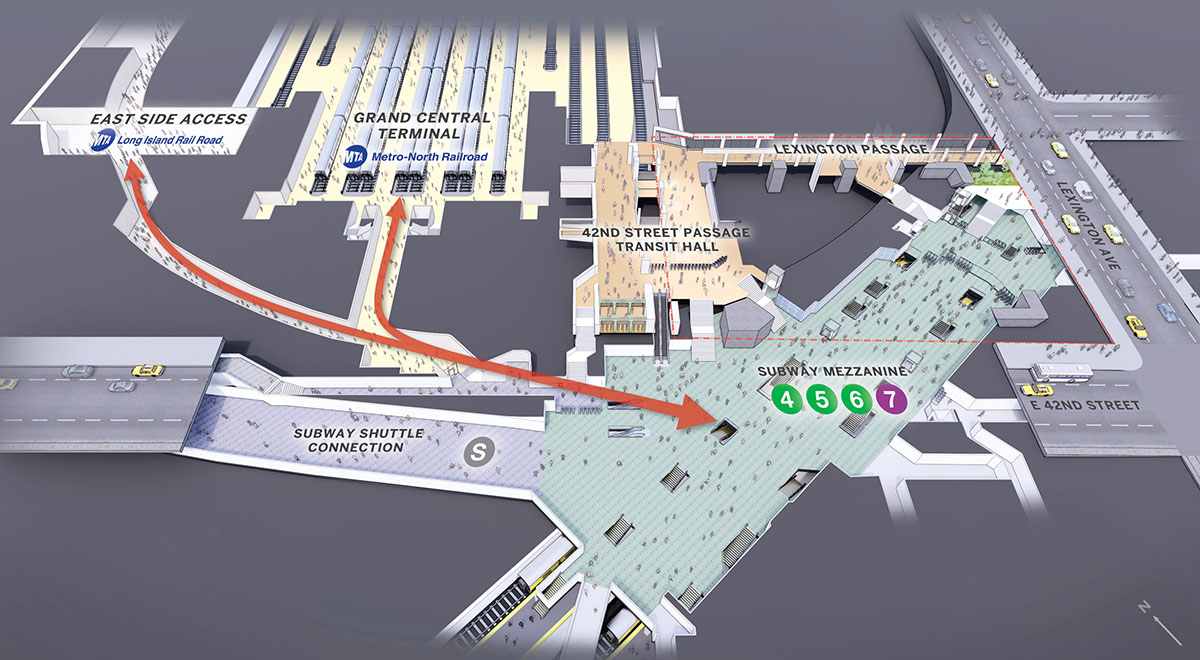 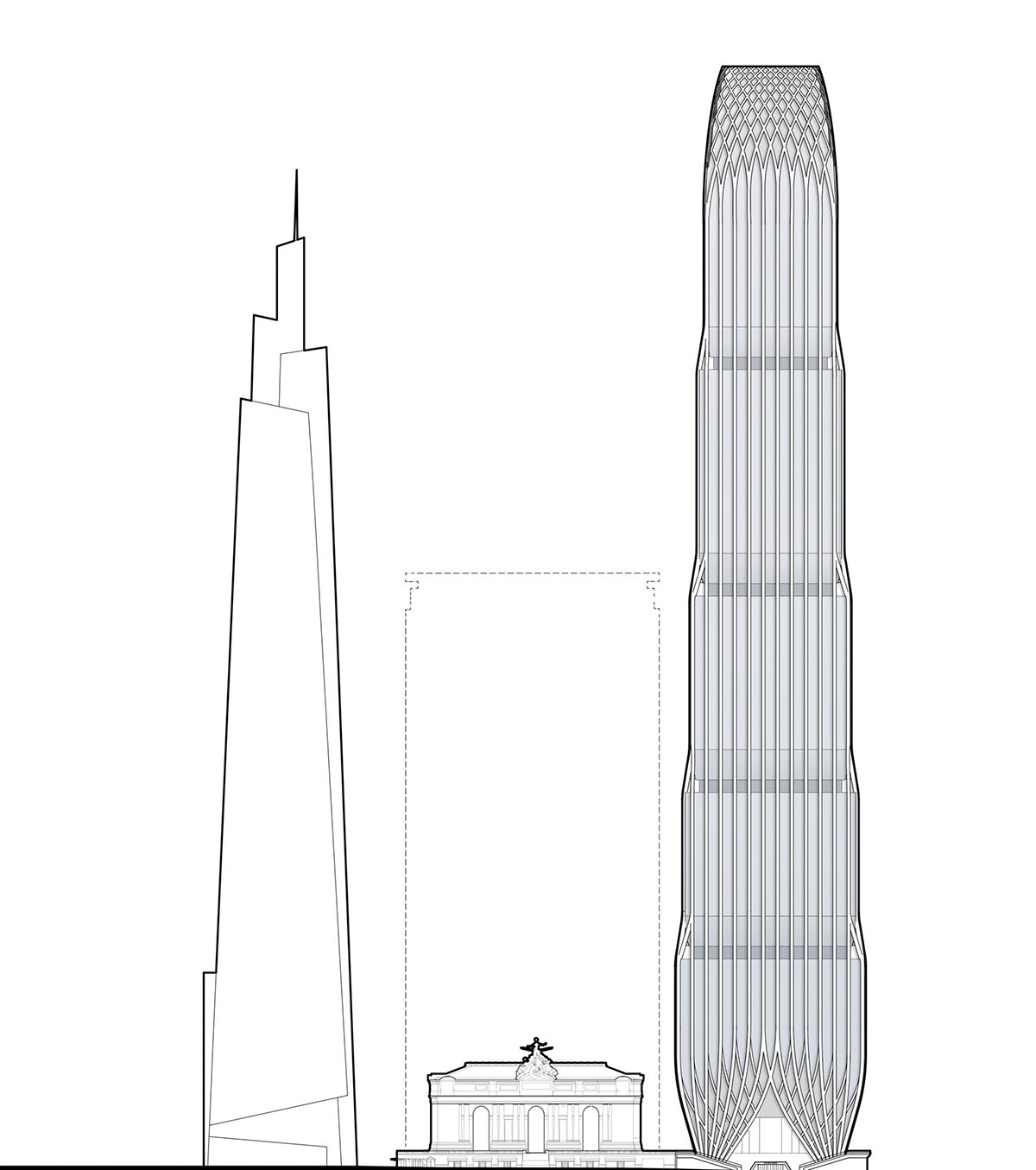 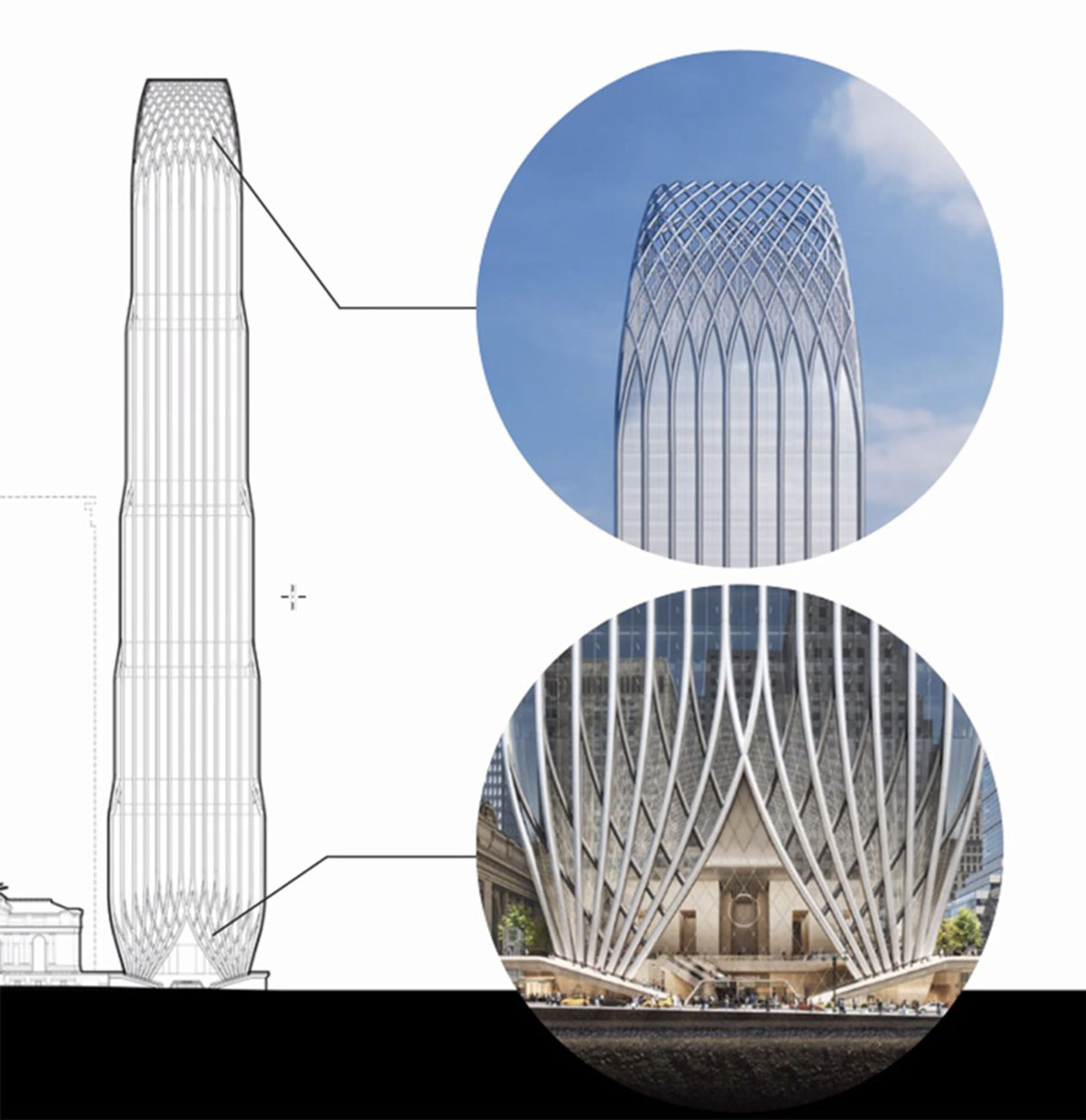 All images courtesy of SOM.