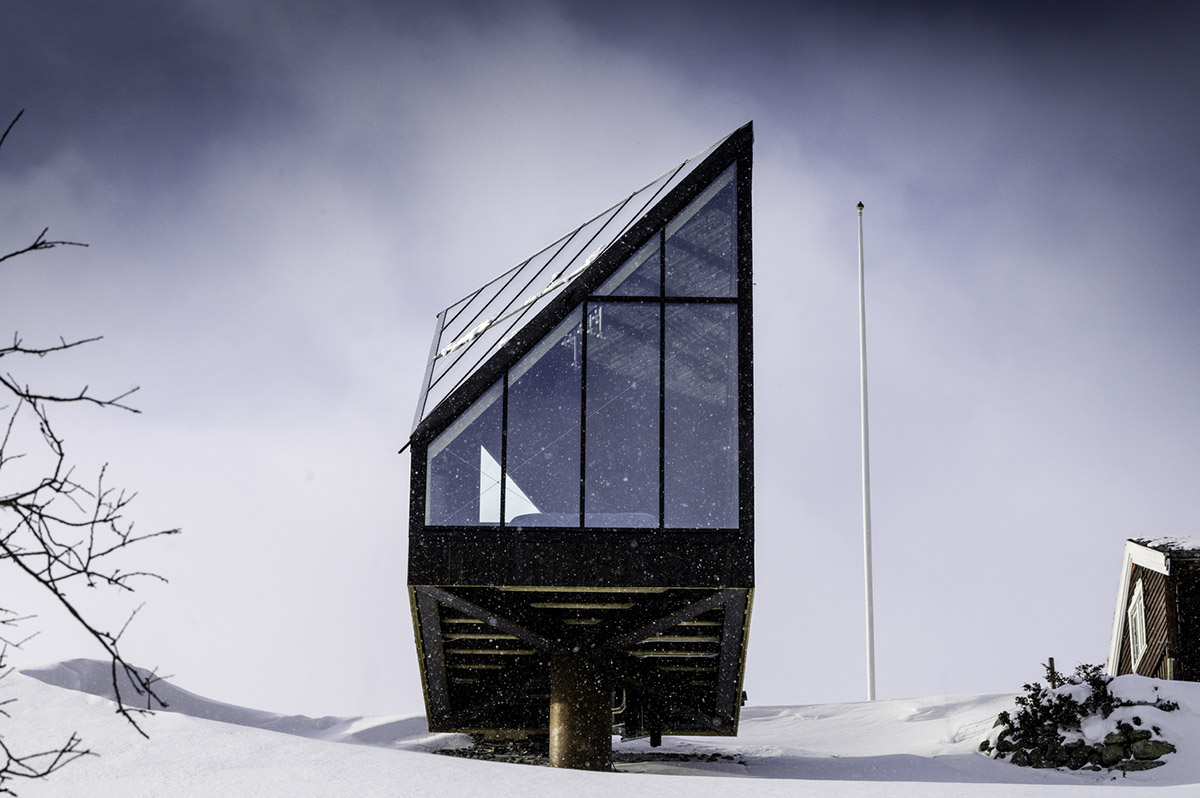 Norwegian architecture studio A38 Arkitekter has built a minimal cabin raised on a "sturdy" central column to have a minimum footprint on the ground.

Named Diamanten Cabin (or the Diamond), the 45-square-metre cabin is situated in the mountains above Oppdal in central Norway.

The small-scaled project emerges as an exercise in the juxtapositioning of modern minimalist form with ancient Norwegian wooden buildings. The cabin, through its angular facades, provides cozy atmosphere, the interior of the cabin includes only a bedroom which gives focus to an amazing view over the mountains.

The architects used large windows and top-lit skylight both for the fantastic view on the plot and for the sky. 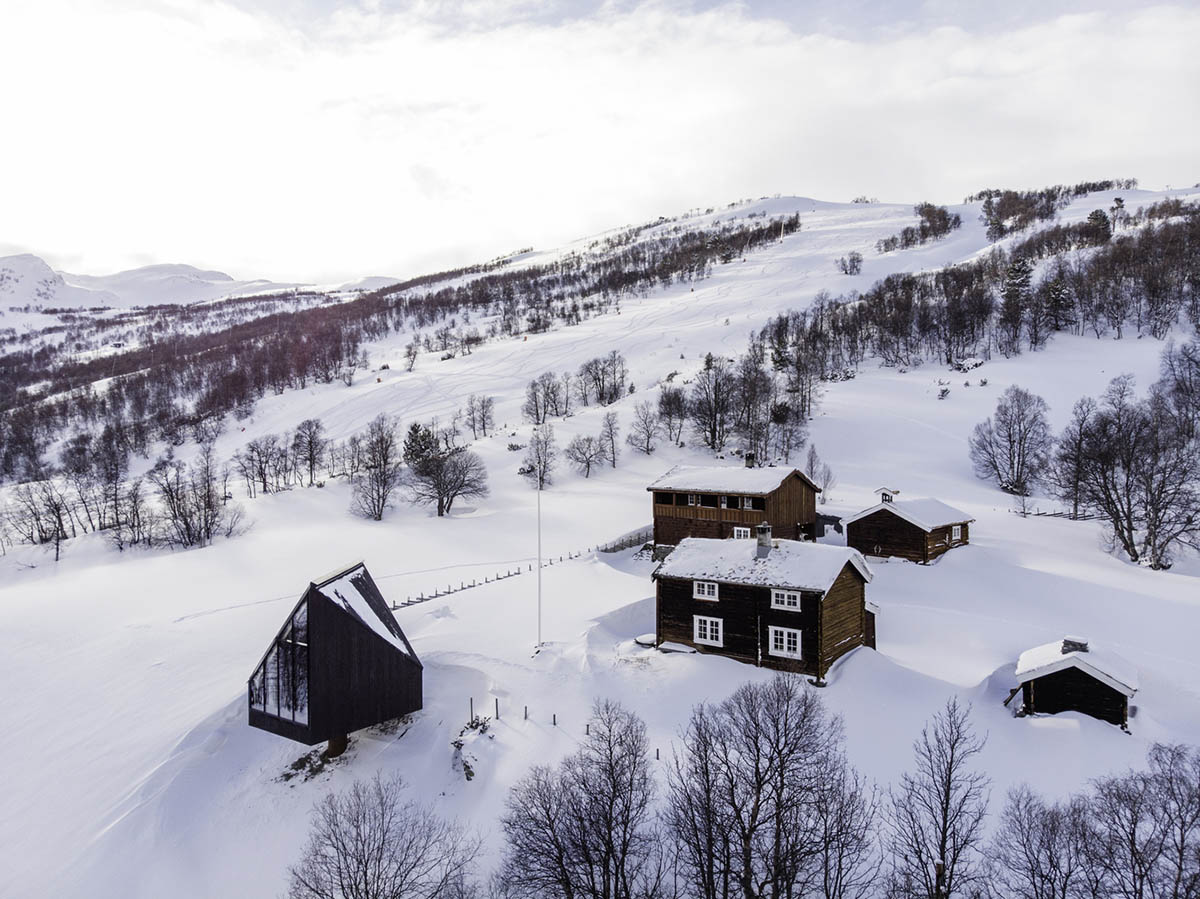 "The design challenges traditional ideas of how architecture in the mountains should be," said the firm.

"Right from the start, we were fascinated by the idea of creating a piece of modern architecture that could form a contrast with the age-old, beautiful wooden buildings as well as holding its own as a building," the architects added. 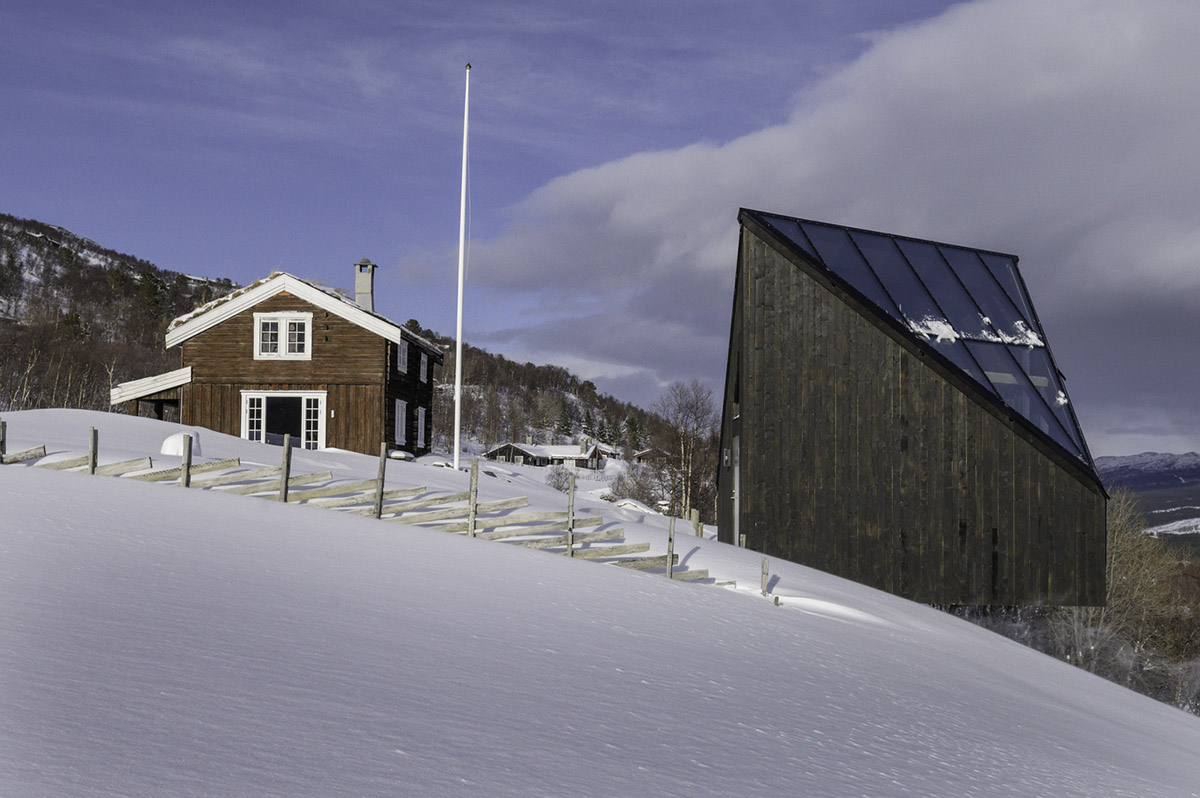 The studio's concept is based on minimal interference with nature, which requires a very sturdy central column structurally supporting the annex. "This allows the existing terrain to remain almost untouched. The steep hills above Oppdal with its 18th-century traditional buildings provides the beautiful backdrop for “the Diamond," they added. 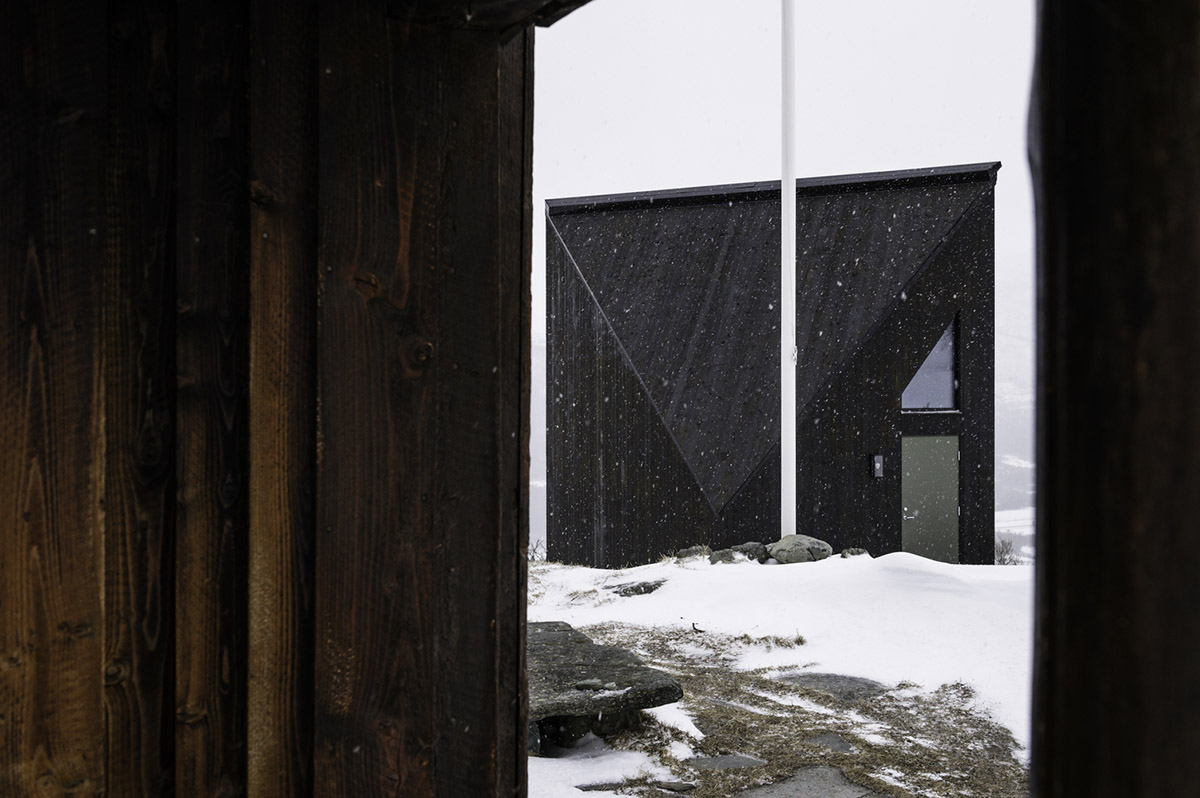 Space inside is simple and speaks for itself. The large windows in the wall and roof provide fantastic views of the valley below and the sky above. This project adds a new exciting dimension to the already impressive tradition of Norwegian wooden architecture. 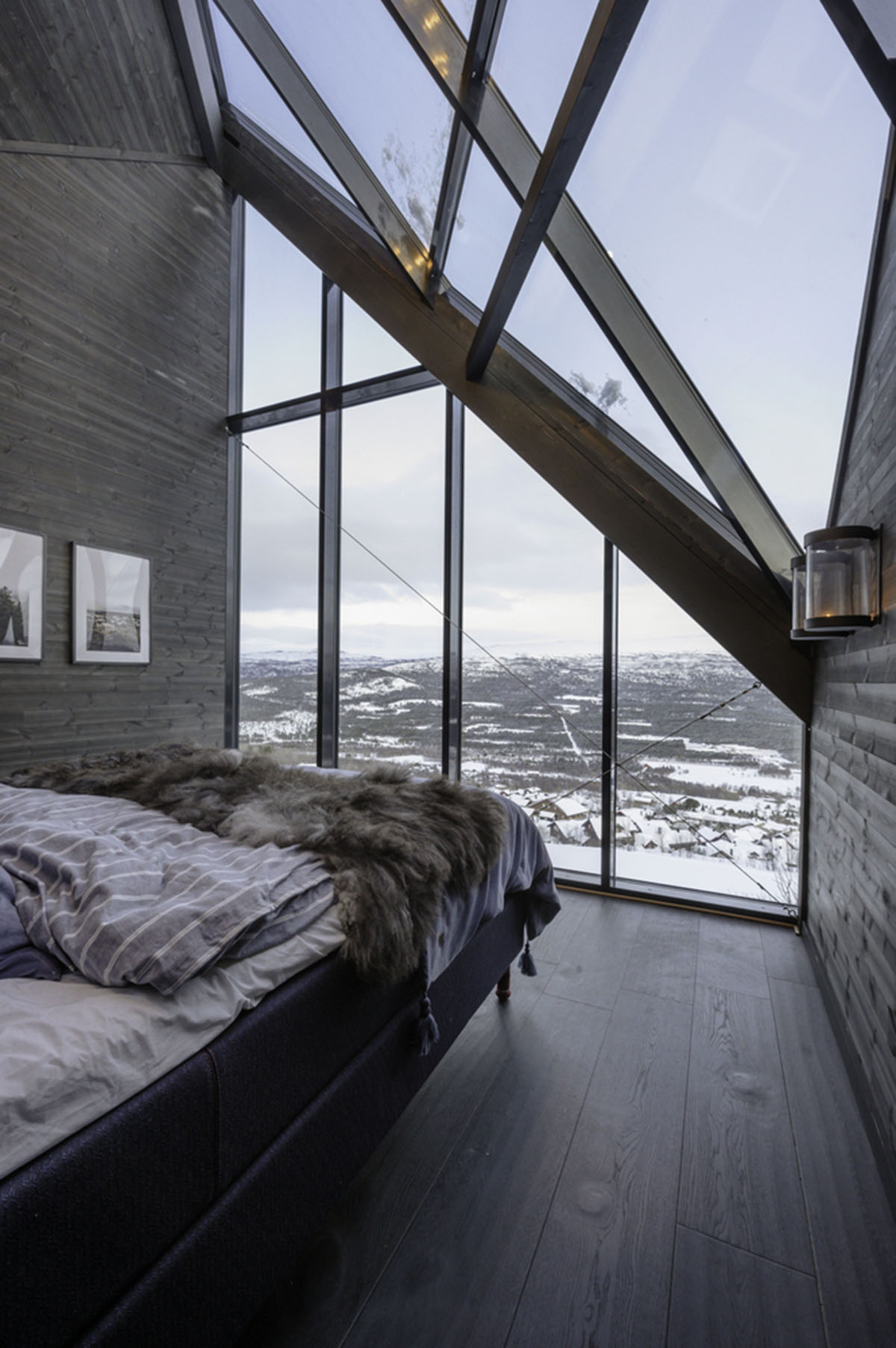 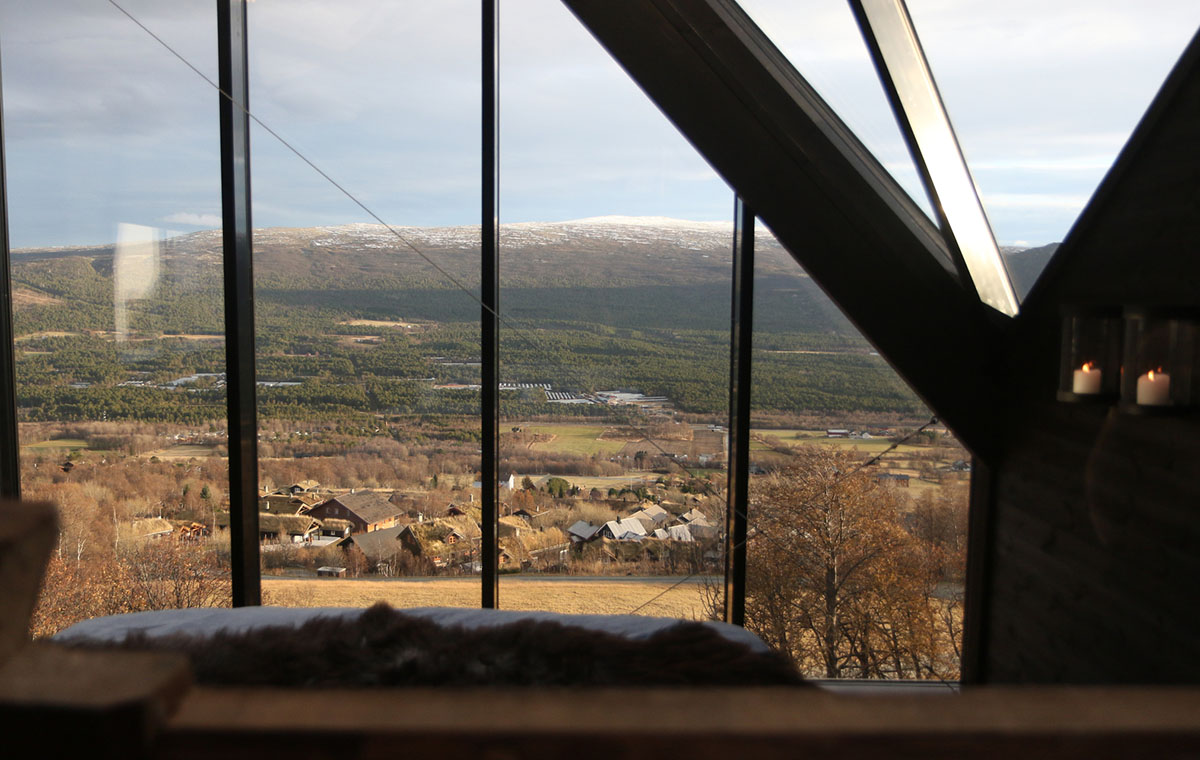 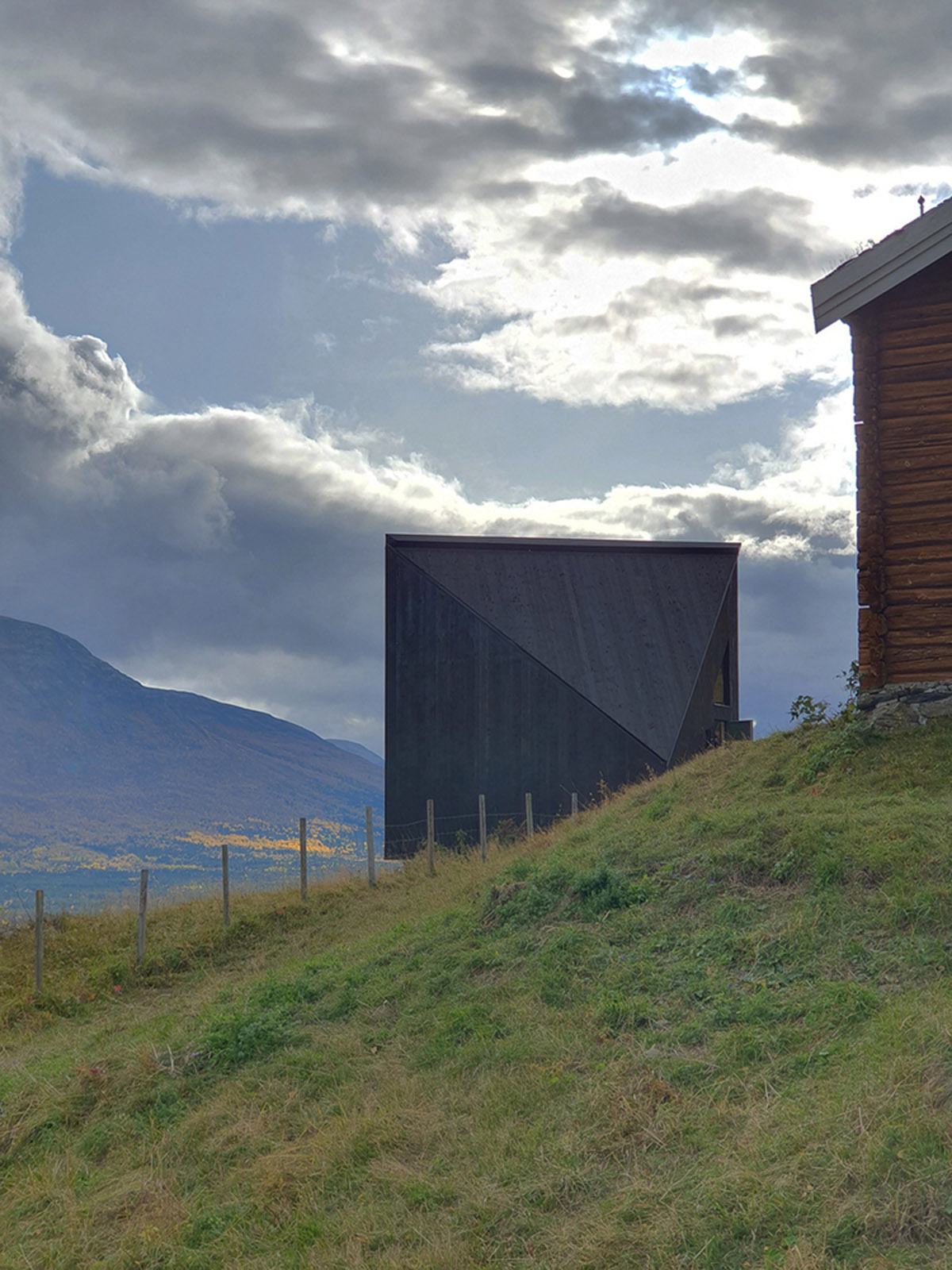 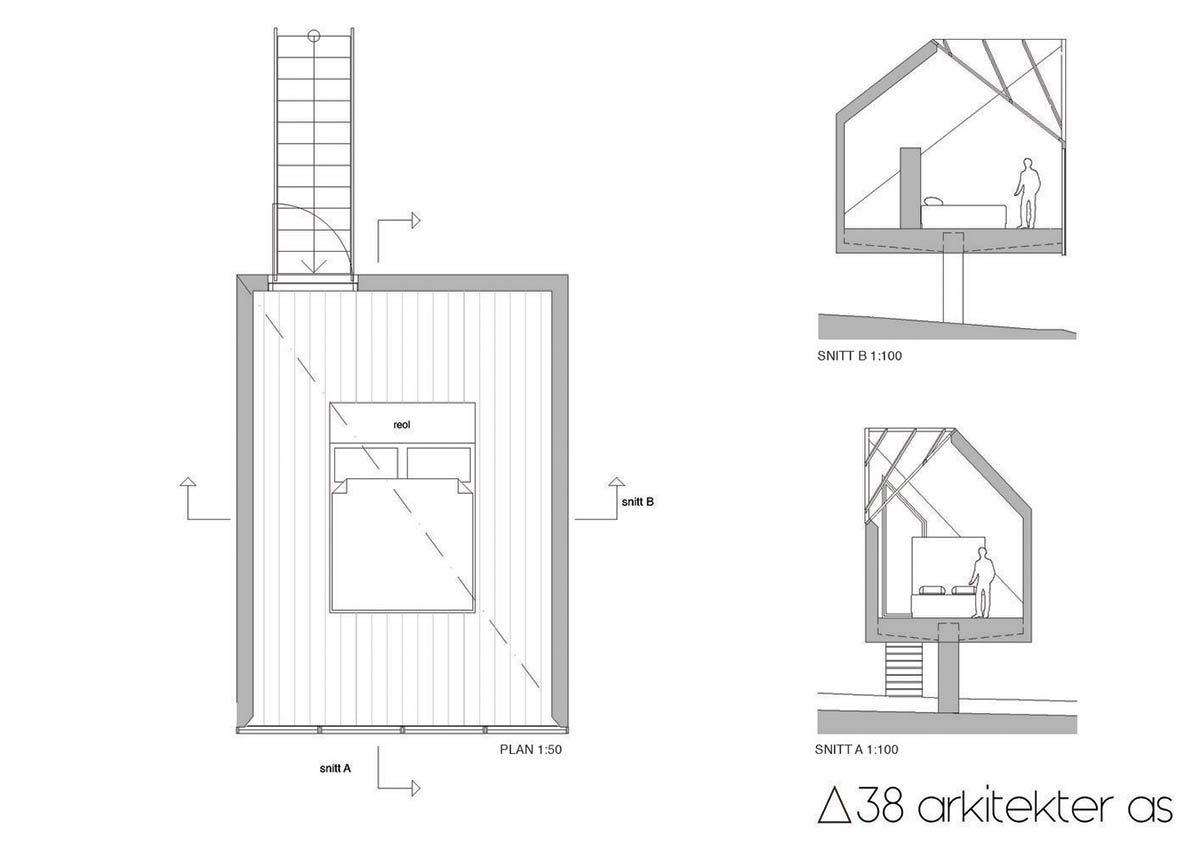 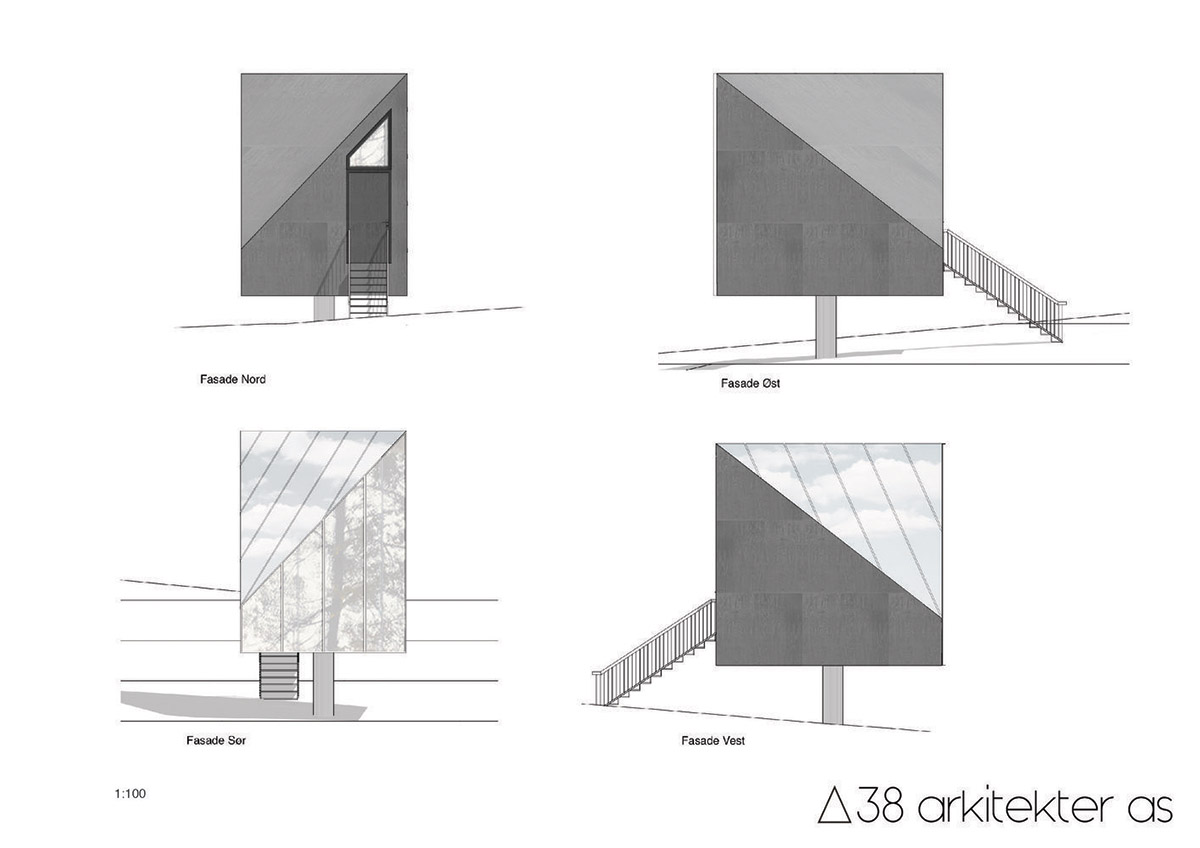 All drawings © A38 Arkitekter