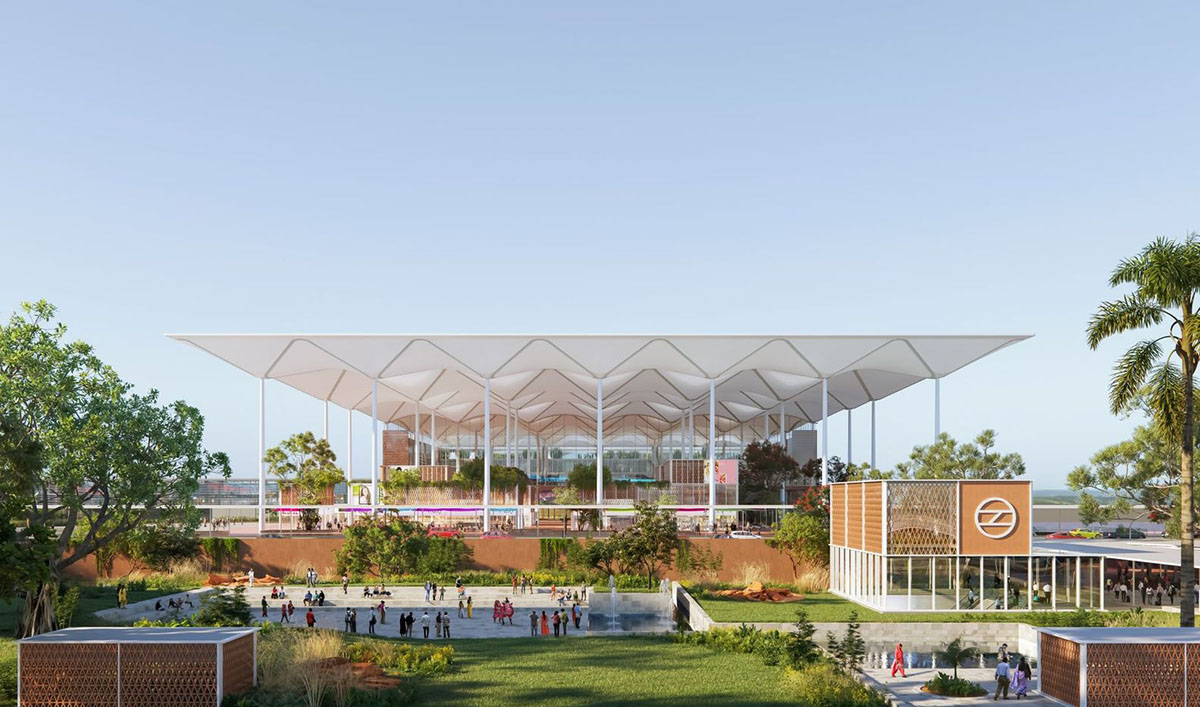 Set to be built in Jewar 40km southeast of the city, the new passenger terminal is aimed to be "India's greenest airport" reaching the goal of carbon-net-zero targets as well as efficient and enhanced passenger flows and digital services.

As Zurich Airport International explains, the winning design "fits the defined project objectives: merging Swiss efficiency and Indian hospitality, creating a modern and seamless passenger experience, setting new benchmarks in sustainability for airport terminal buildings in India, envisioning green spaces inside and around the building, offering a concept for a future airport city, and providing flexible expansion options to serve 30 million passengers per year in the future." 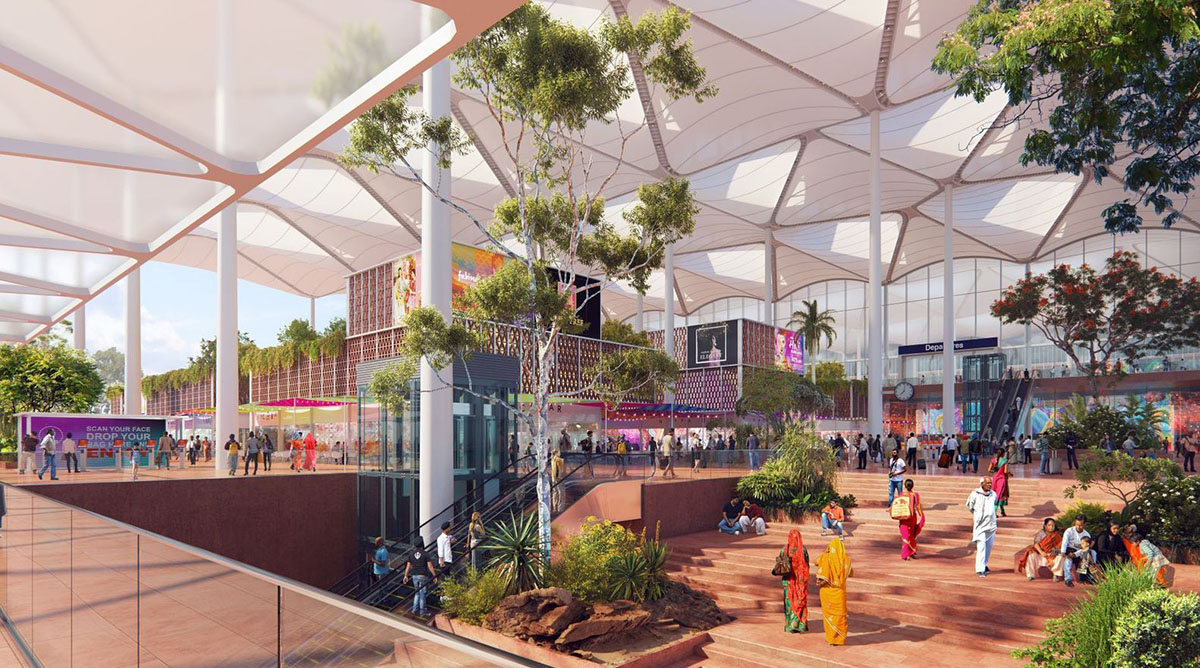 Once fully completed, "the Delhi Noida International Airport will be the second international airport serving the National Capital Region of Delhi and the fast-developing Yamuna Expressway Industrial Development area between Delhi and Agra."

Externally, the team creates a new landscaped forecourt that aims to be a regional destination for the public, staff and passengers with an unforgettable sense of place.

"We are very happy to have won the confidence of Zurich Airport through our competition design for the new Delhi Noida International Airport. DNIA will become a unique new gateway to the world city of Delhi and to the state of Uttar Pradesh," said Gudmund Stokke, Founding Partner and Head of Design at Nordic.

"In this project Nordic, Grimshaw, Haptic, and STUP will combine the collective experience and knowledge from the airports in Hyderabad, Oslo, Istanbul, Zurich to create a truly modern, innovative and green airport, based in a region of strong historic and cultural tradition," Stokke added Gudmund.

"This new visionary airport is vital to the rapid and continued economic development of the Delhi region and we look forward to working with Nordic and Haptic again drawing on our past experience from Istanbul Airport to create a truly sustainable and innovative new terminal," said Grimshaw Partner Andrew Thomas.

"Our design will provide the best possible experience for passenger and staff while focussing on the key issues in aviation today such as passenger flow, digital services and rigorous carbon minimisation targets," Thomas added. 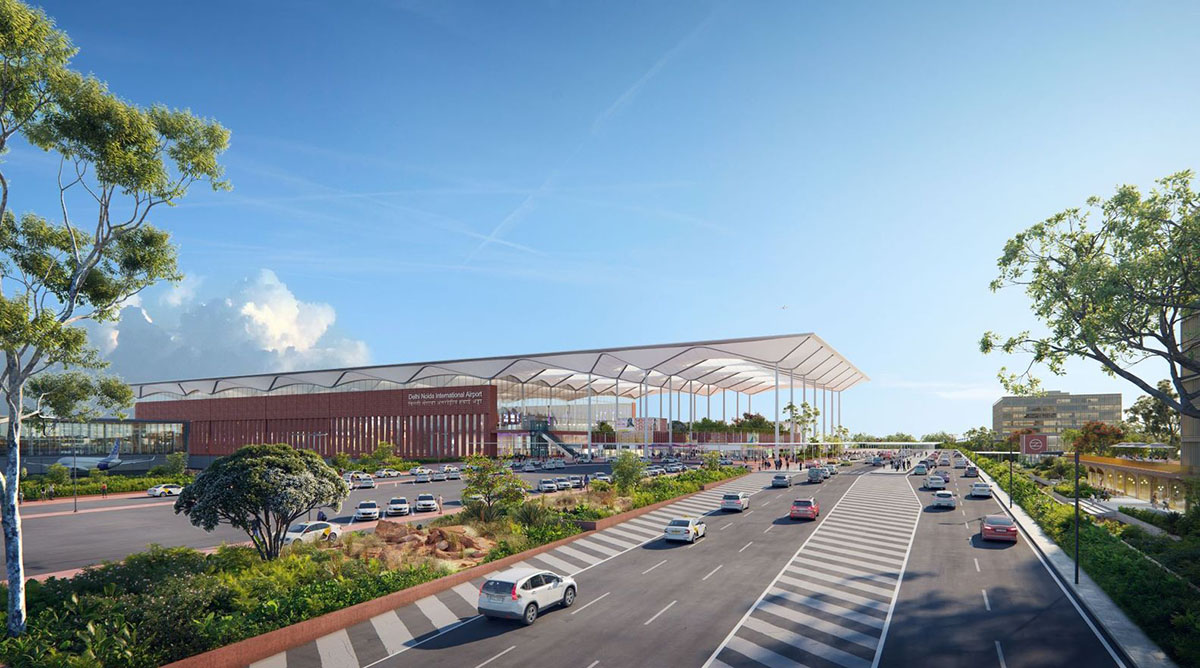 The team previously collaborated to design Istanbul New Airport Terminal One in Turkey, which was officially opened in 2018. Haptic Architects and Nordic also revealed design for a masterplan for Oslo's Airport City (OAC), planned to be a new model for a sustainable smart city located adjacent to Oslo Airport.

All images courtesy of Nordic Office of Architecture, Grimshaw, Haptic and consultants STUP.