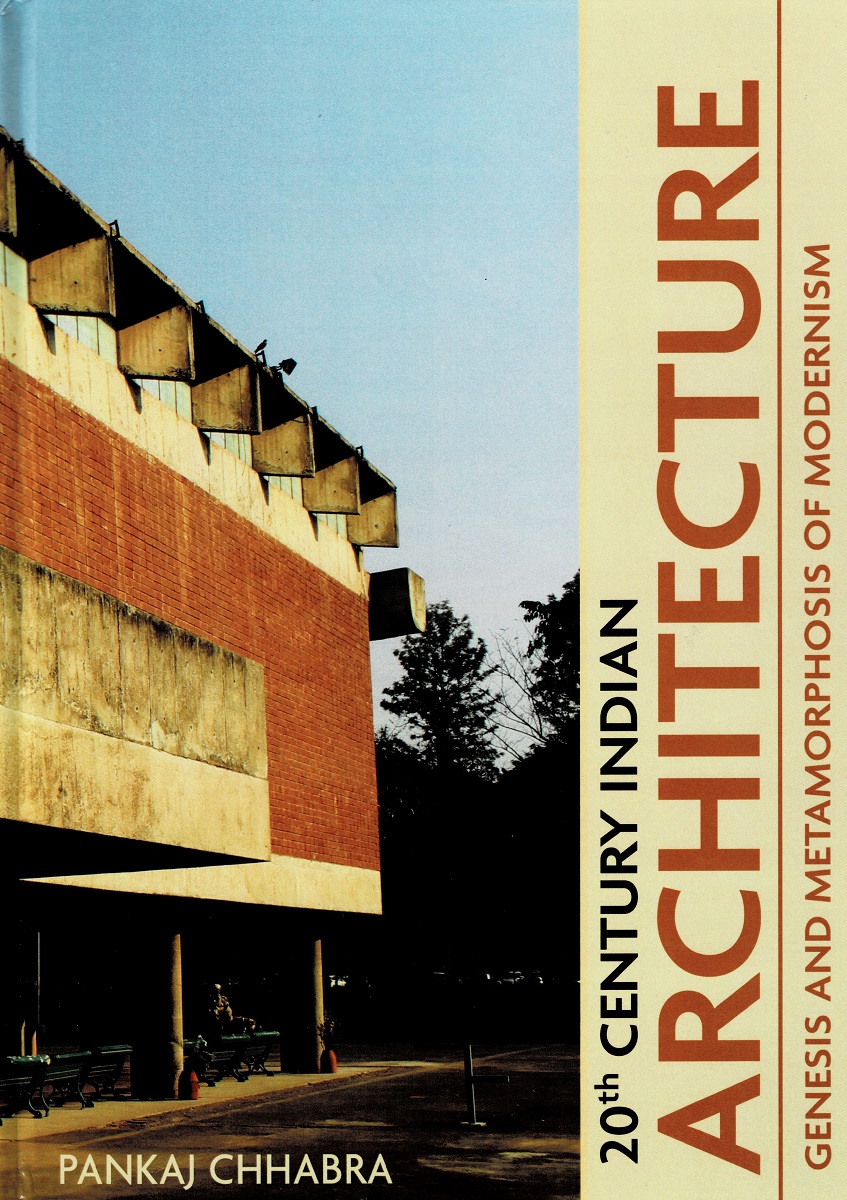 The new book ‘20th Century Indian Architecture': Genesis and Metamorphosis of Modernism, published by White Falcon Publishing, Chandigarh and authored by Pankaj Chhabra, Senior faculty at Department of Architecture, Guru Nanak Dev University, Amritsar has been launched recently. India has an extraordinarily rich architectural history and a great variety of current professional practices in this field. Understanding them enriches the study of architecture everywhere. This book focuses on describing the variety of ideas that shaped the architecture of India in the 20th century. 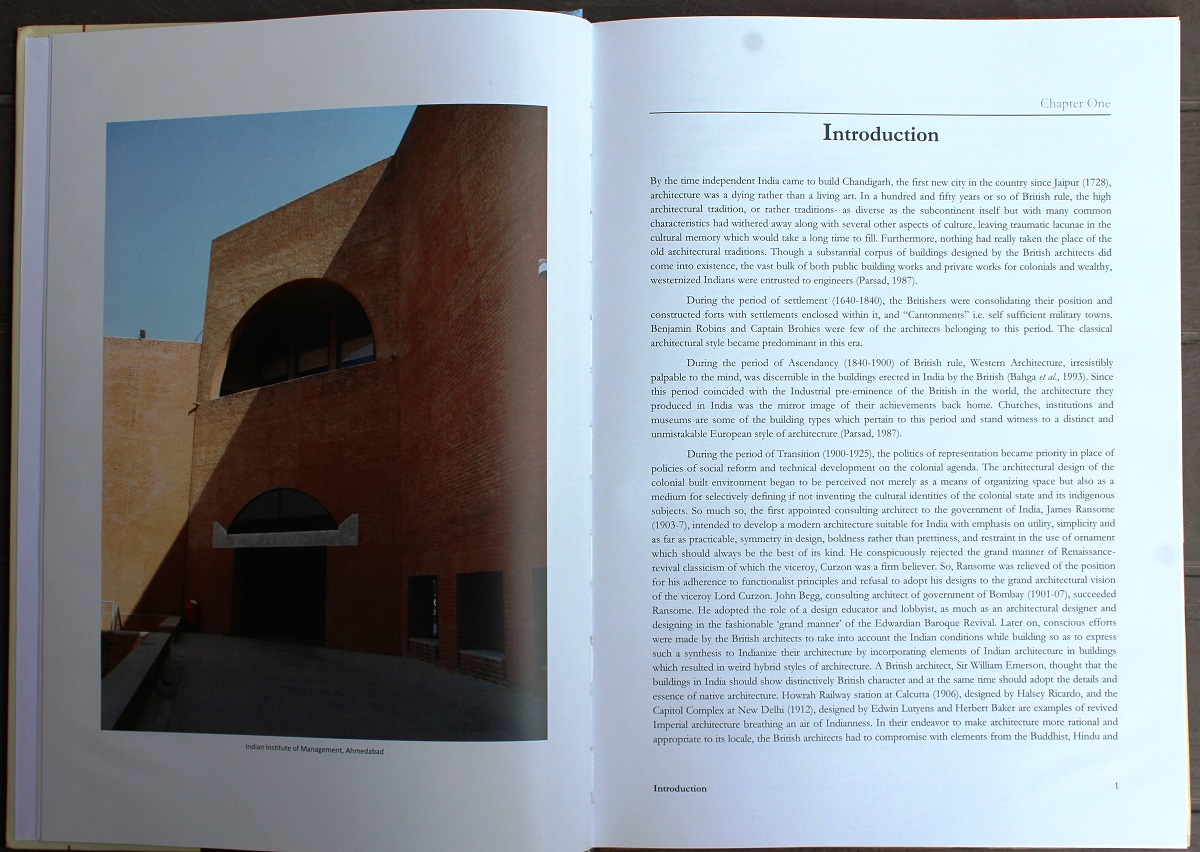 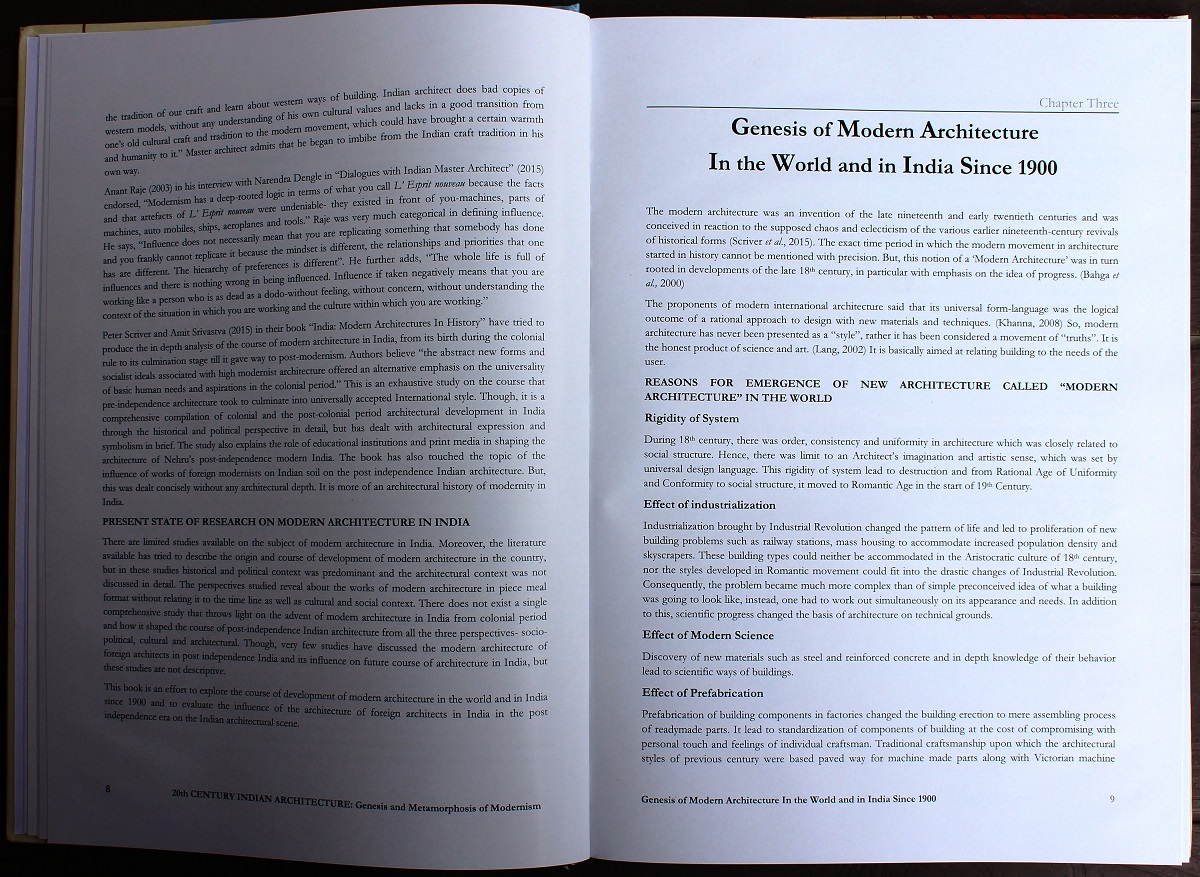 The modern architecture, planning and nation-building efforts that took place in India following the country's independence in 1947 are widely regarded as exemplary of the internationalization of modernism in the mid-twentieth century. India became the prominent site for the works of some of the most important modernist masters, including Le Corbusier, Pierre Jeanneret, Jane B Drew, Maxwell Fry and Louis Kahn, as well as the focus of numerous lesser-known practitioners. 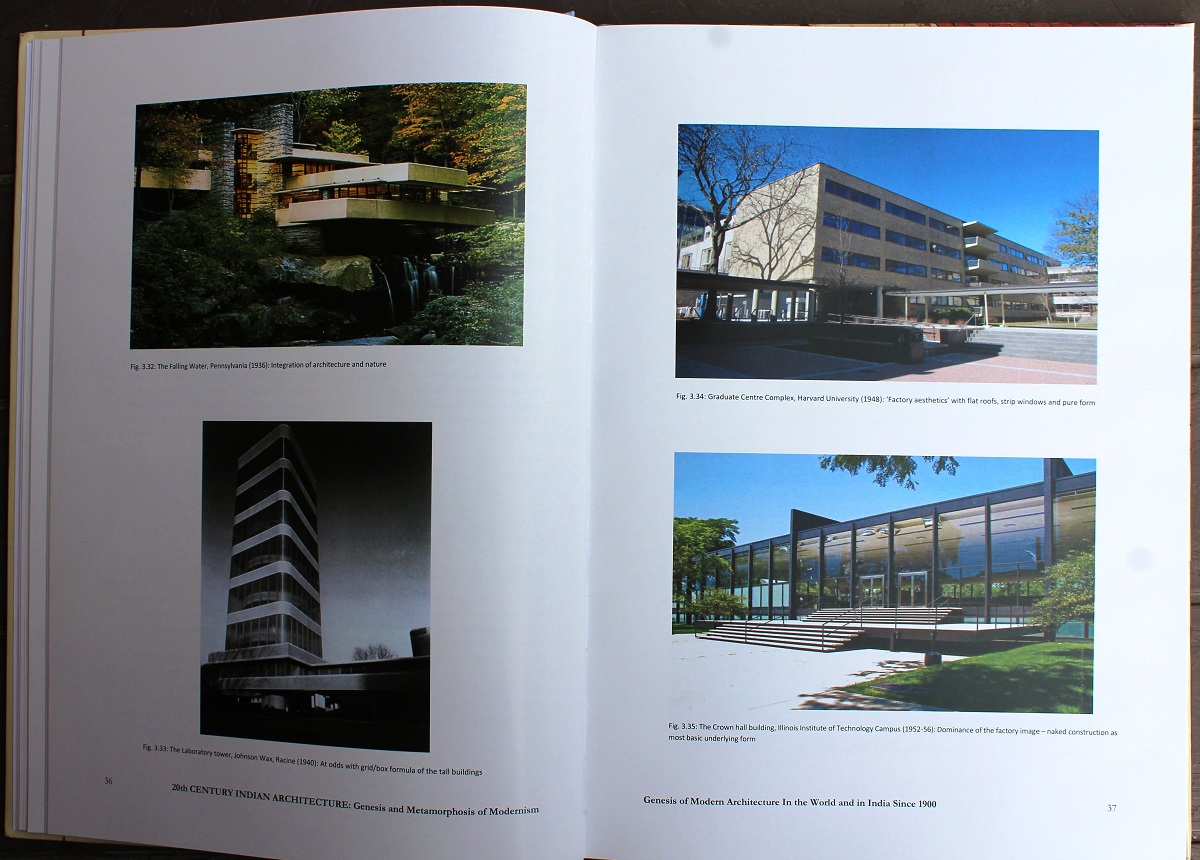 Post-independence Indian architecture, and what we accept today as modern architecture, has been shaped by the debate between those who designed buildings based on successful methods of the past and those who sought something completely fresh based on a perception of proven innovative ideas. Indian architects owe much to their foreign counterparts and to the world around them as indeed the latter to the Indians. The book elaborates how the architecture of modern India embodied and reflected the dramatic shifts of Indian society and culture. It also depicts how Indian architectural modernity began in the early 20th century, as public works and patronage fostered new design practices that directly challenged the social order and values invested in the building traditions of the past. It is an effort to fill in the gaps in the course of development of modernism in India. 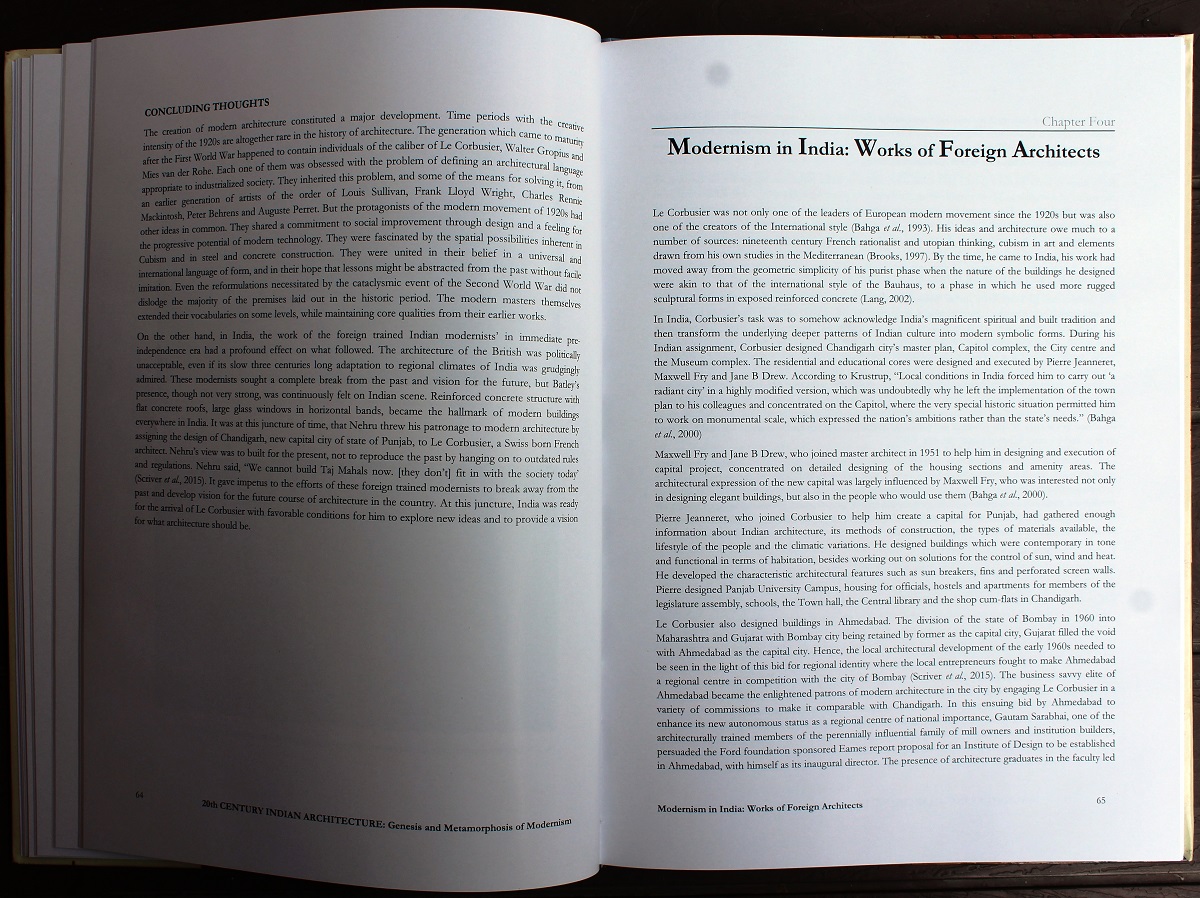 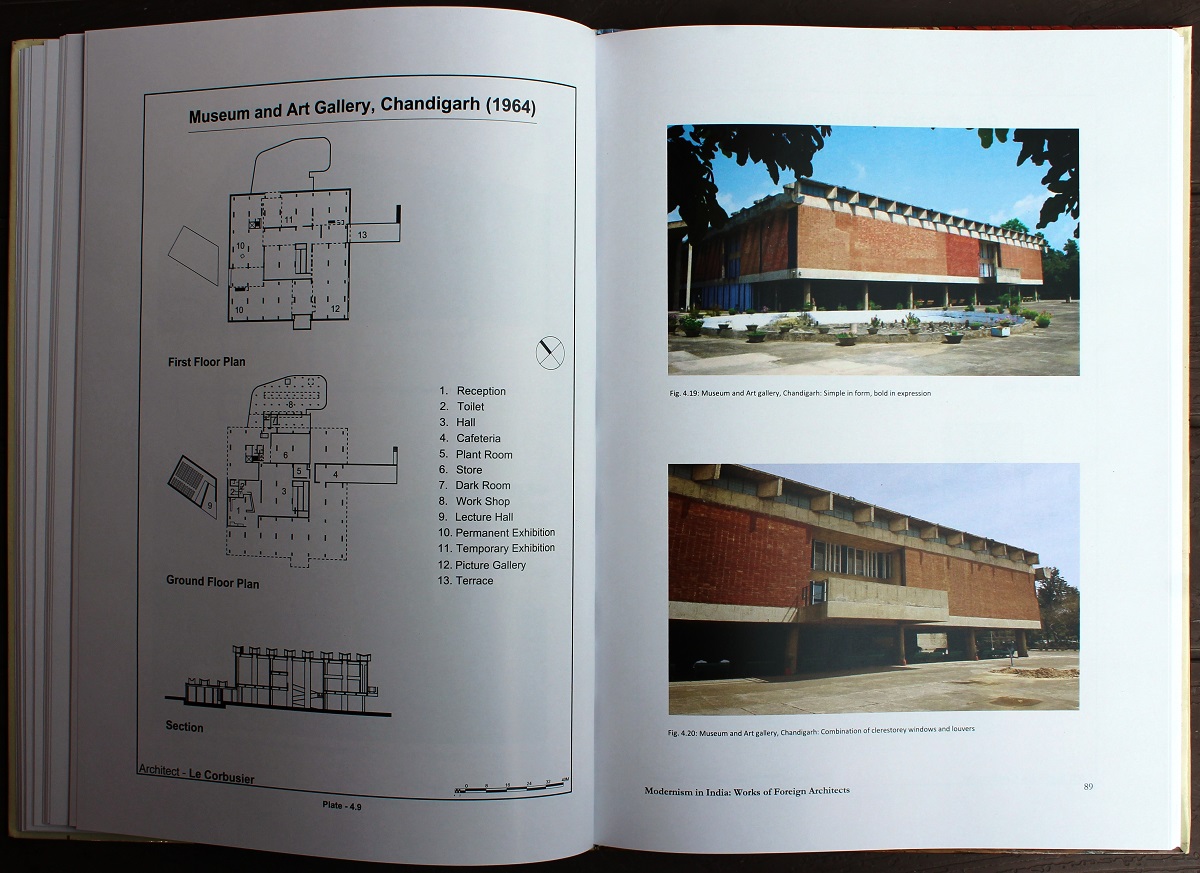 The book comprises three major sections. The first section is about views of various masters in the field of architecture on Modernism and Modern architecture and describes its course of development in the world as well as in India. The second section gives an in-depth sight into the Indian works of modern architecture of international masters namely, Le Corbusier, Pierre Jeanneret, Maxwell Fry, Jane B Drew and Louis I Kahn and those of Indian architects as well. The projects included have been explained both objectively and subjectively, and well-illustrated with photographs and drawings along with their detailed study. The third and the final section deals with the detailed statistical analysis of the journey of Indian architecture under the influence of foreign masters' modern architecture works in India in the second half of the 20th century. Such analysis is first of its kind and has not been done so far. 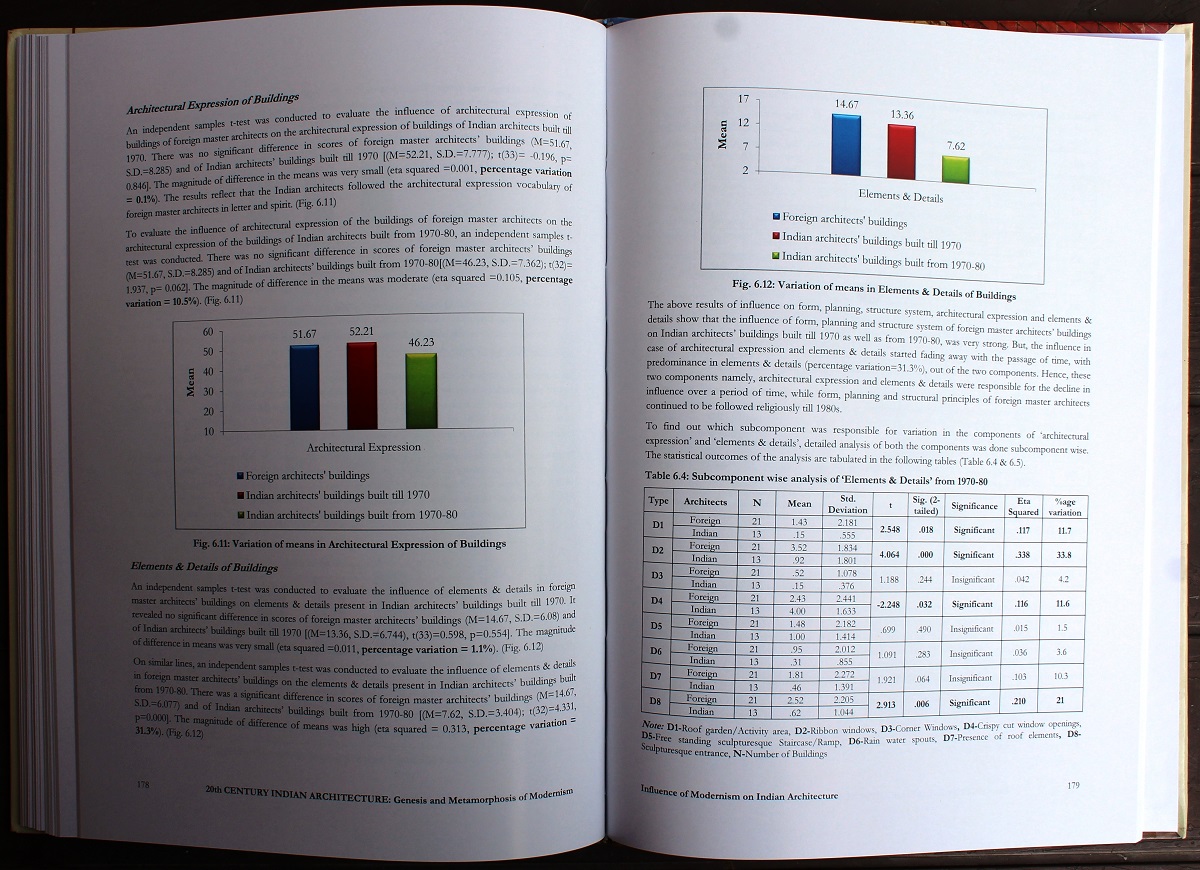 The book is authored by Pankaj Chhabra, a Doctorate in Architecture, and faculty at Department of Architecture, Guru Nanak Dev. University; Amritsar. He has an experience of more than twenty-five years in profession, teaching and research. He has written extensively for National and International Journals and has numerous presentations to his credit in both National and International conferences. He has also been invited as resource person/critic at various National and International forums. He is member of Doctoral Research Board and Board of Studies of various Public and Private Sector Universities and is panel reviewer and member of the advisory board of many refereed journals of repute, in India and abroad. He is actively involved in teaching and guiding doctoral researches.

This critical representation of India’s modern architecture journey will be essential reading for the architects, urban designers, planners, researchers and the students of these disciplines. Apart from this, it will act as an important link between the past and future developments in the profession of architecture. Future architectural historians will find a lot of valuable content in this book. It is an earnest attempt to make the coming generations aware of the architectural transformations of India in the 20th century. 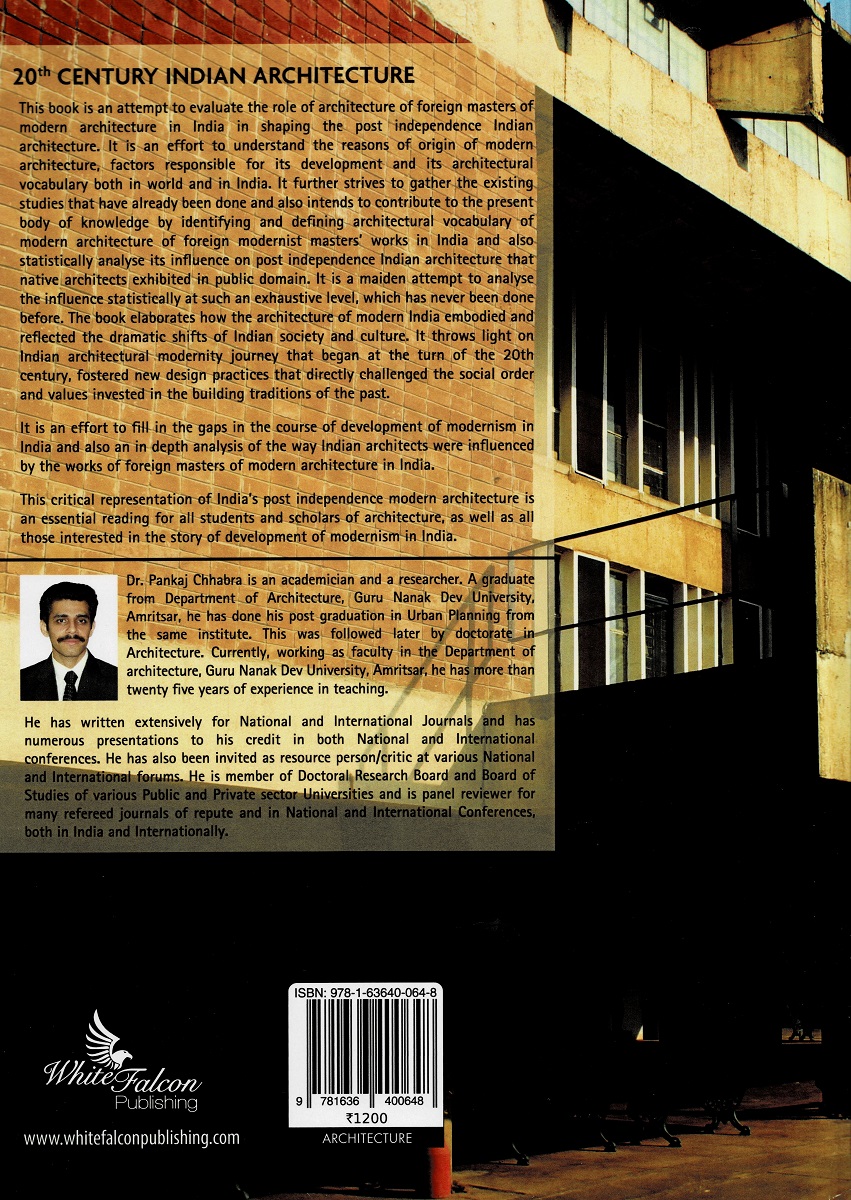