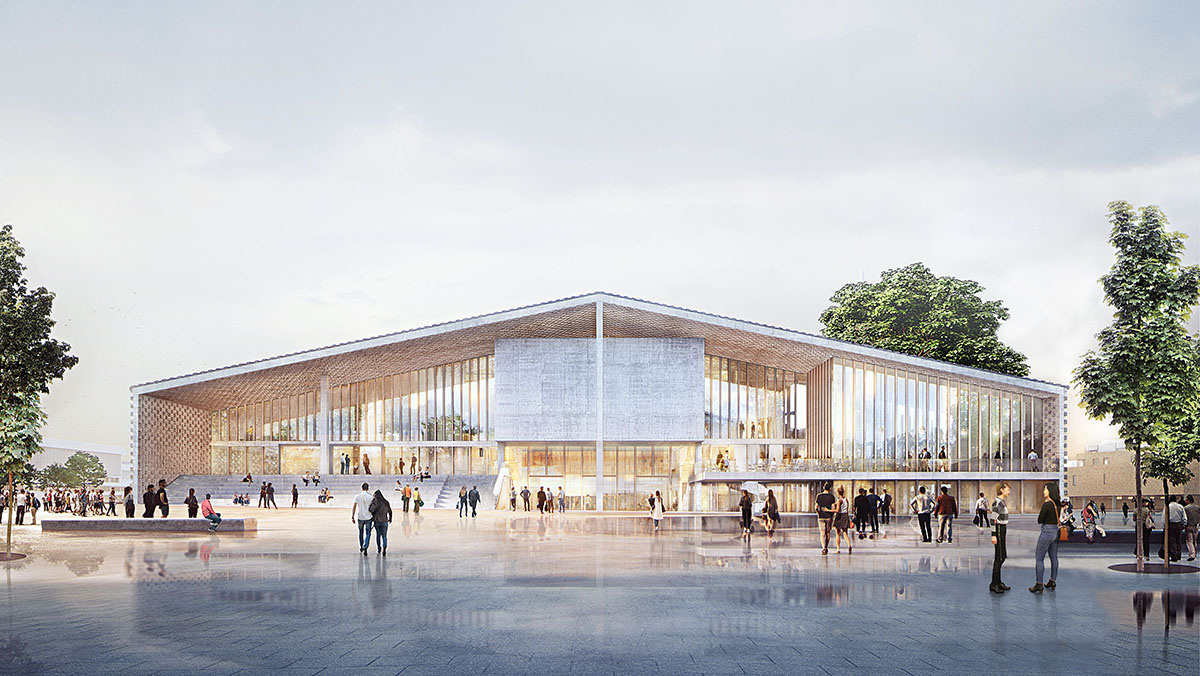 Swiss architecture firm Herzog & de Meuron has released the revised version of plans for the Museum of the 20th Century which will be built at the Berlin's Kulturforum.

Herzog & de Neuron won a competition in collaboration with Vogt Landscape Architects in Zurich  in 2016 to design new building for the museum "Neue Nationalgalerie - Museum of the 20th Century" at the Berlin Cultural Forum. 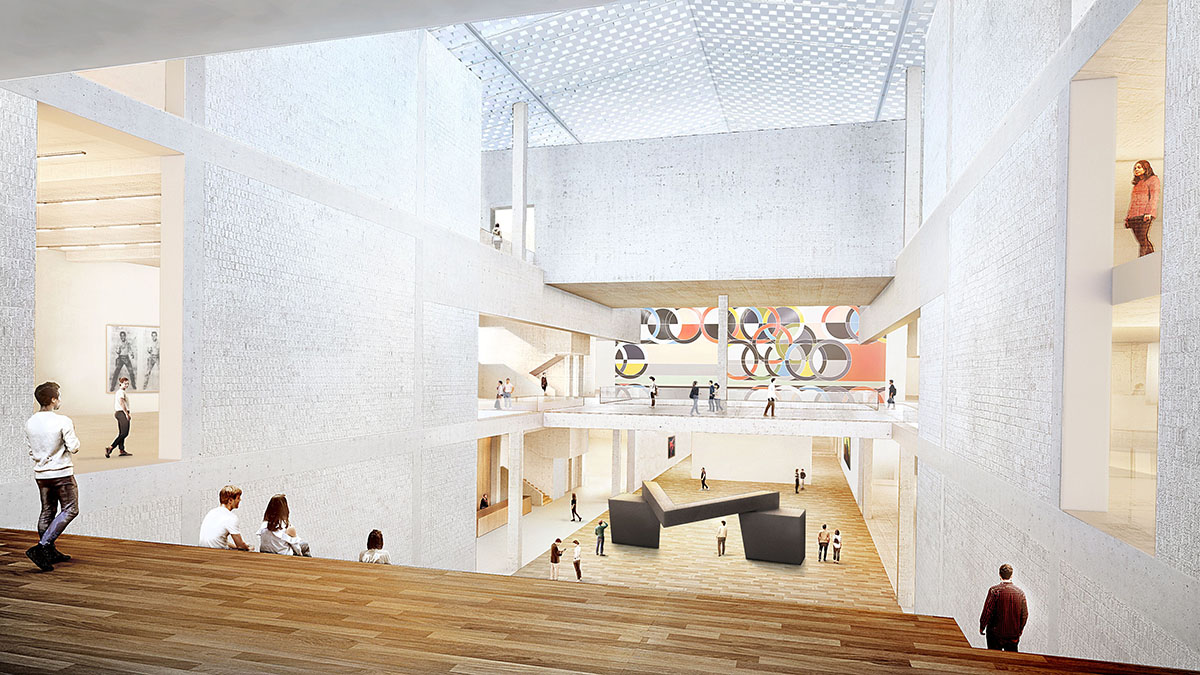 To complete the preliminary design process, the architects have revised on not only plans but also on the facade, to ope the building more to the outside. The house-spared design will be composed of the intersecting boulevards and the translucent façade made of brick.

The new images show that new entrances and visual references have been created inside. In this way the museum building will even be more strongly connected to the surrounding urban space. The building becomes by this entanglement all the way to the central connection piece at the Kulturforum. 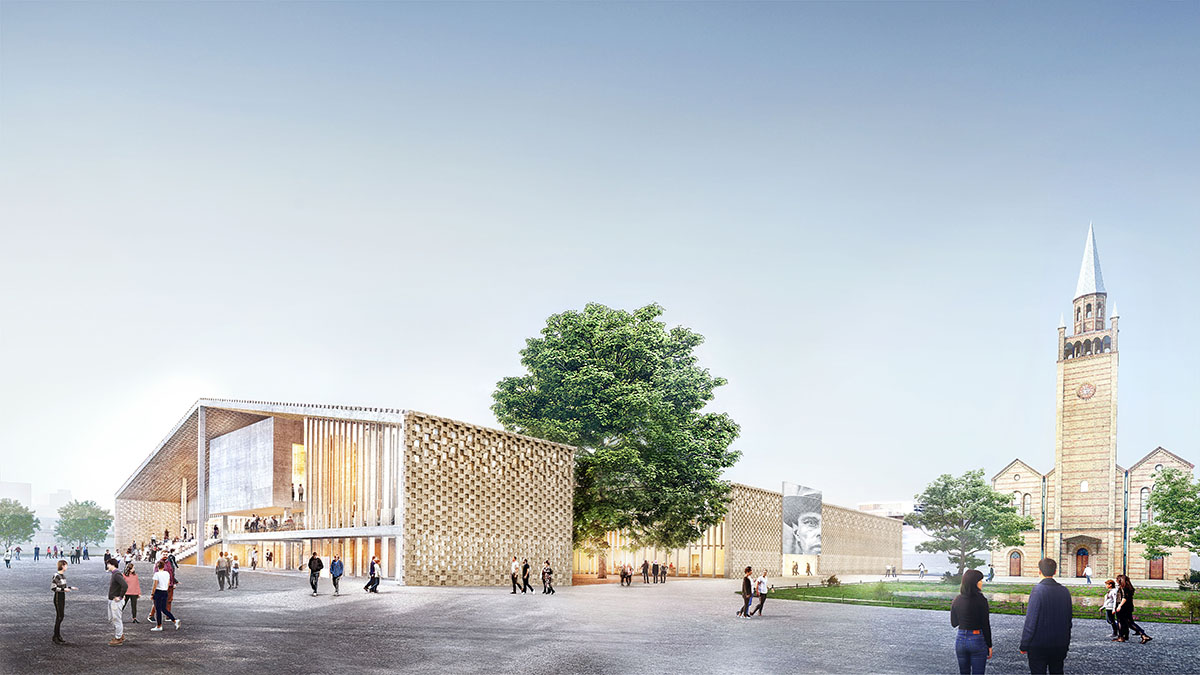 "The many reactions to the competition design in the media, from experts and the public alike, have shown how significant this project is, and served as a motivational force for its further development," said Jacques Herzog.

"Our urban planning concept for the Kulturforum is a concept of density, not of emptiness. It organizes an interplay of buildings put into precise relation with each other. And it also initiates the interaction of the cultural institutions established in those buildings," Herzog added. 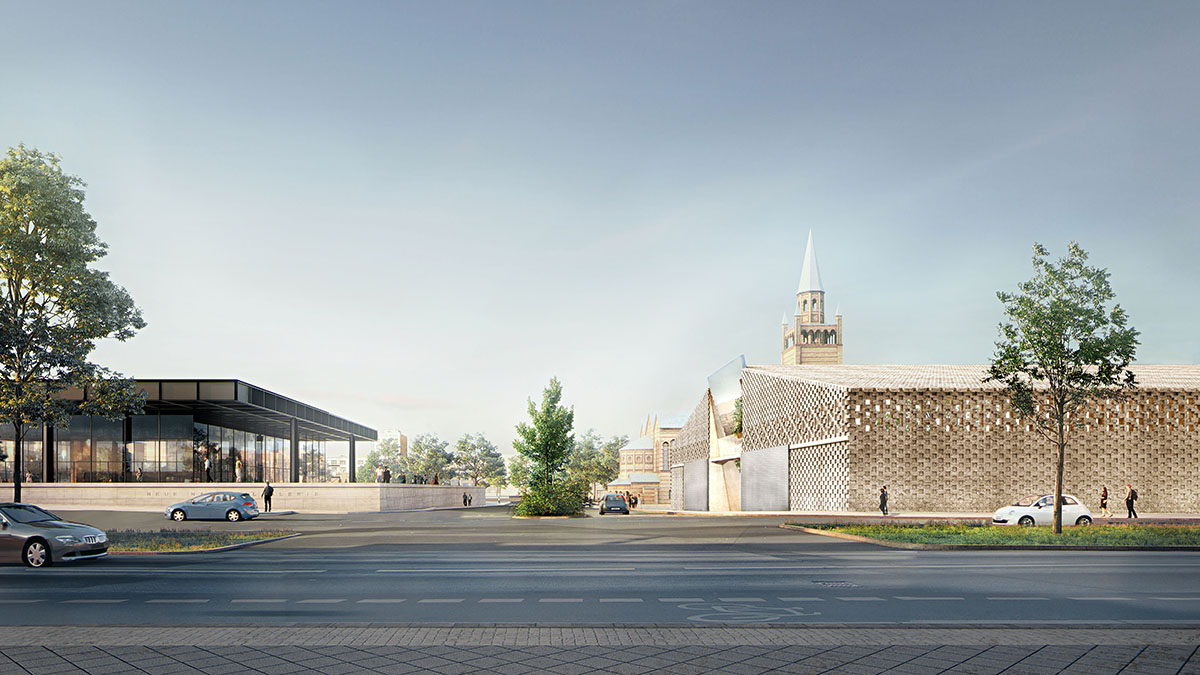 South façade, Sigismundstraße: The two single-storey gates on the south side of the museum serve for delivery. An oblique wall lets additional light into the first basement floor. A window slot allows the view from the upper floor onto the Neue Nationalgalerie.

The building will reach four floors and three of these four floors will be open to the public. In these floors, there will be different exhibition rooms, but also rooms for art education and work with groups, areas for the visitor service, a multifunctional media room, as well as the gastronomy spaces. Depot, restoration, office and technical rooms are housed in the internal areas of the museum. 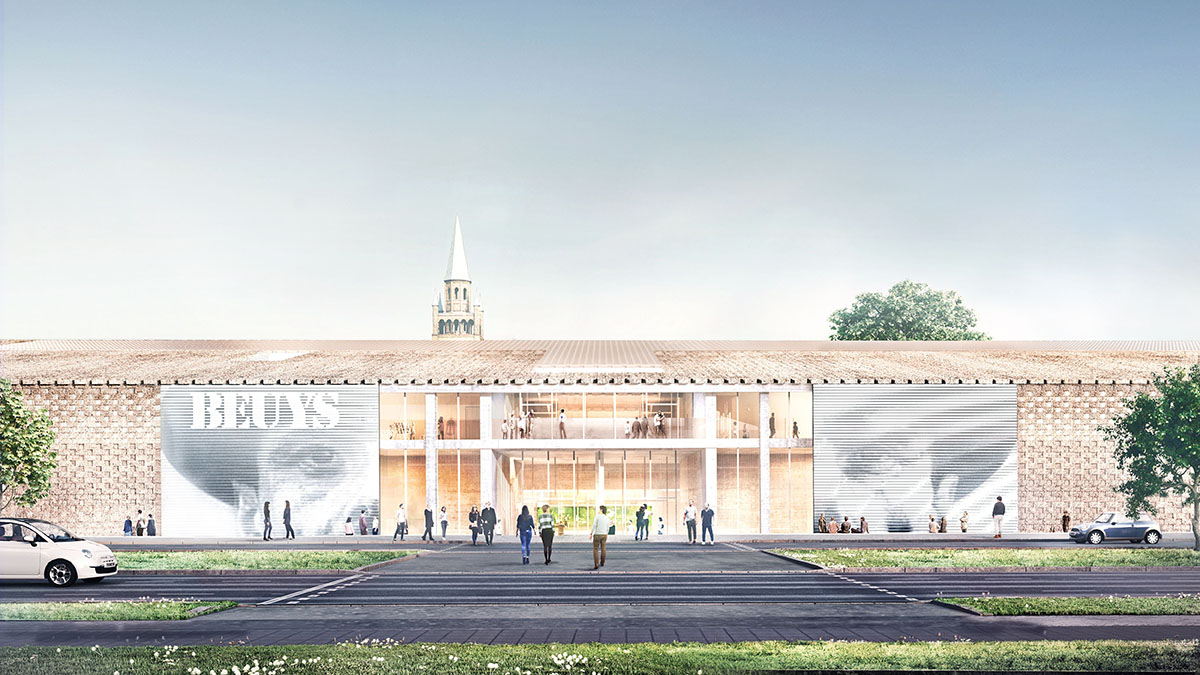 Facade East Entrance, Potsdamer Straße: During the day, the large gates on the eastern facade open. They extend over the entire façade height and can be used to announce exhibitions.

"This is already reflected in the architectural design that has now been further developed, creating ideal spaces for a variety of uses: from traditional art galleries to rest areas and assembly venues to multi-media venues." 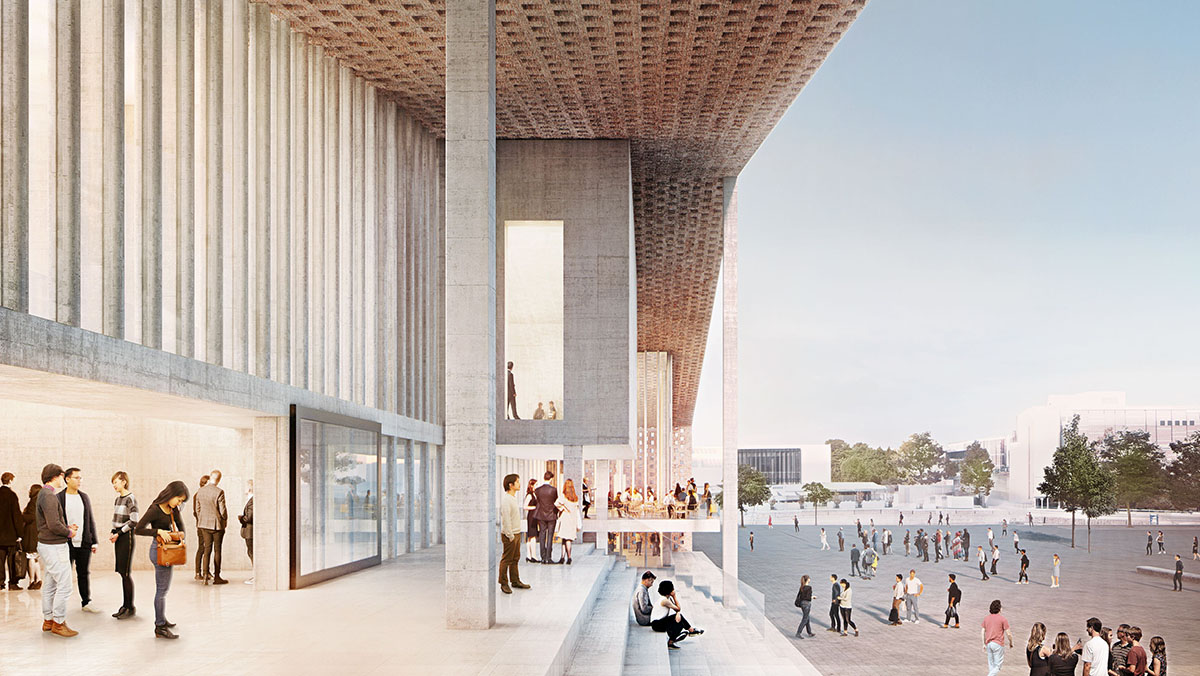 North Entrance to Scharounplatz: Here, the wide, to the Philharmonic Hall and Chamber Music Hall turned gable panel of the museum, which also opens the View of the Piazzetta free. Various functions are combined under this pediment: shop, café, media room, exhibition, entrance. The generous staircase to the multifunctional hall can be used for concerts, talks or informal meetings.

From November 2018, the current plans will be shown in a small exhibition in the foyer of the Kulturforum. In the summer of 2019, the design is expected to be completed, then the planning permission will be obtained. The groundbreaking ceremony is scheduled for the end of 2019. View from the Sigismundstraße: The material, color, proportions and textures of the museum's new building create a relationship with St. Matthew's Church. 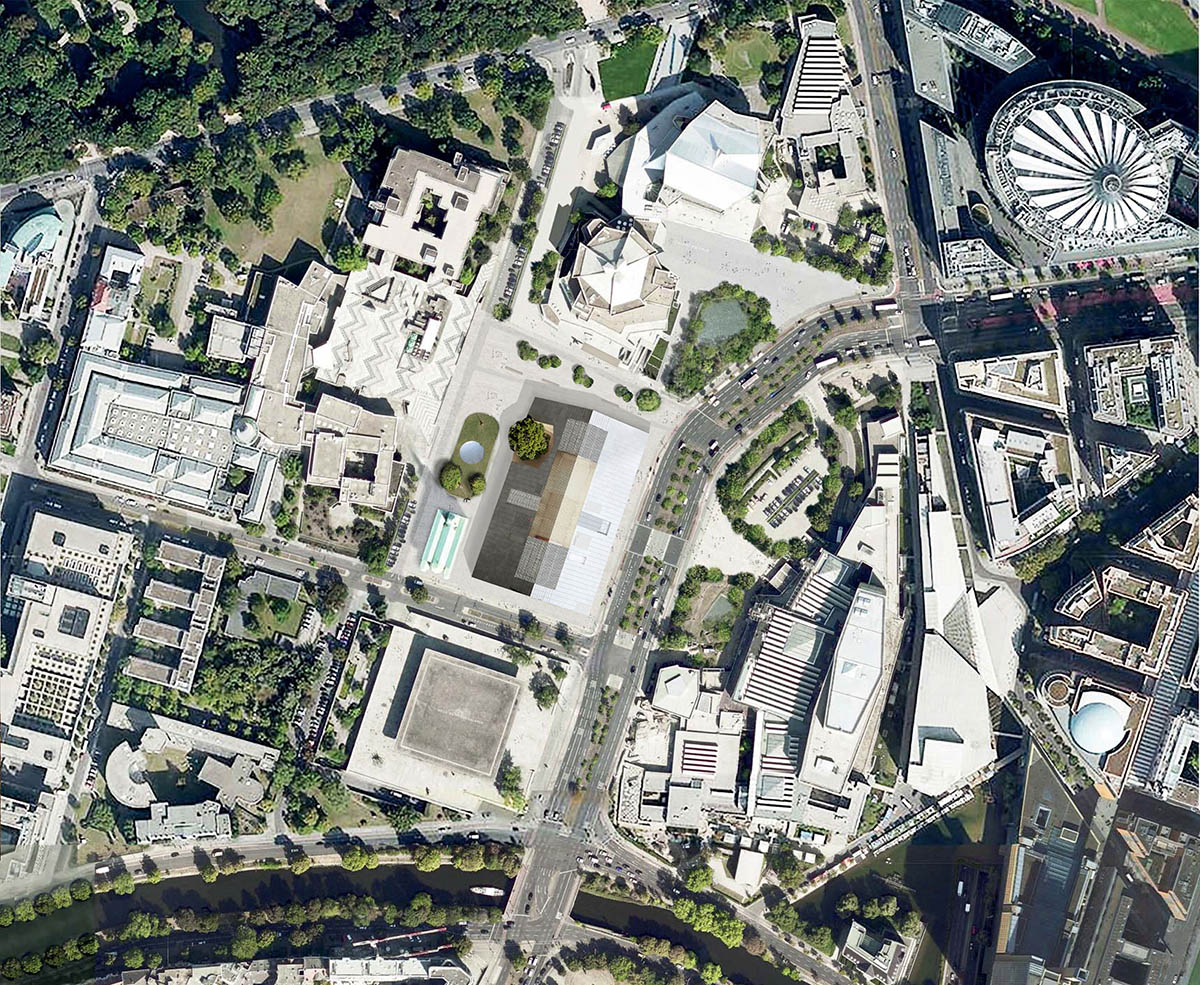 The Cultural Forum with the new bird's eye view museum.

Top image: Facade north entrance, Scharounplatz: The large glazed façade to Scharounplatz is inviting and connects the museum with the surrounding urban space.