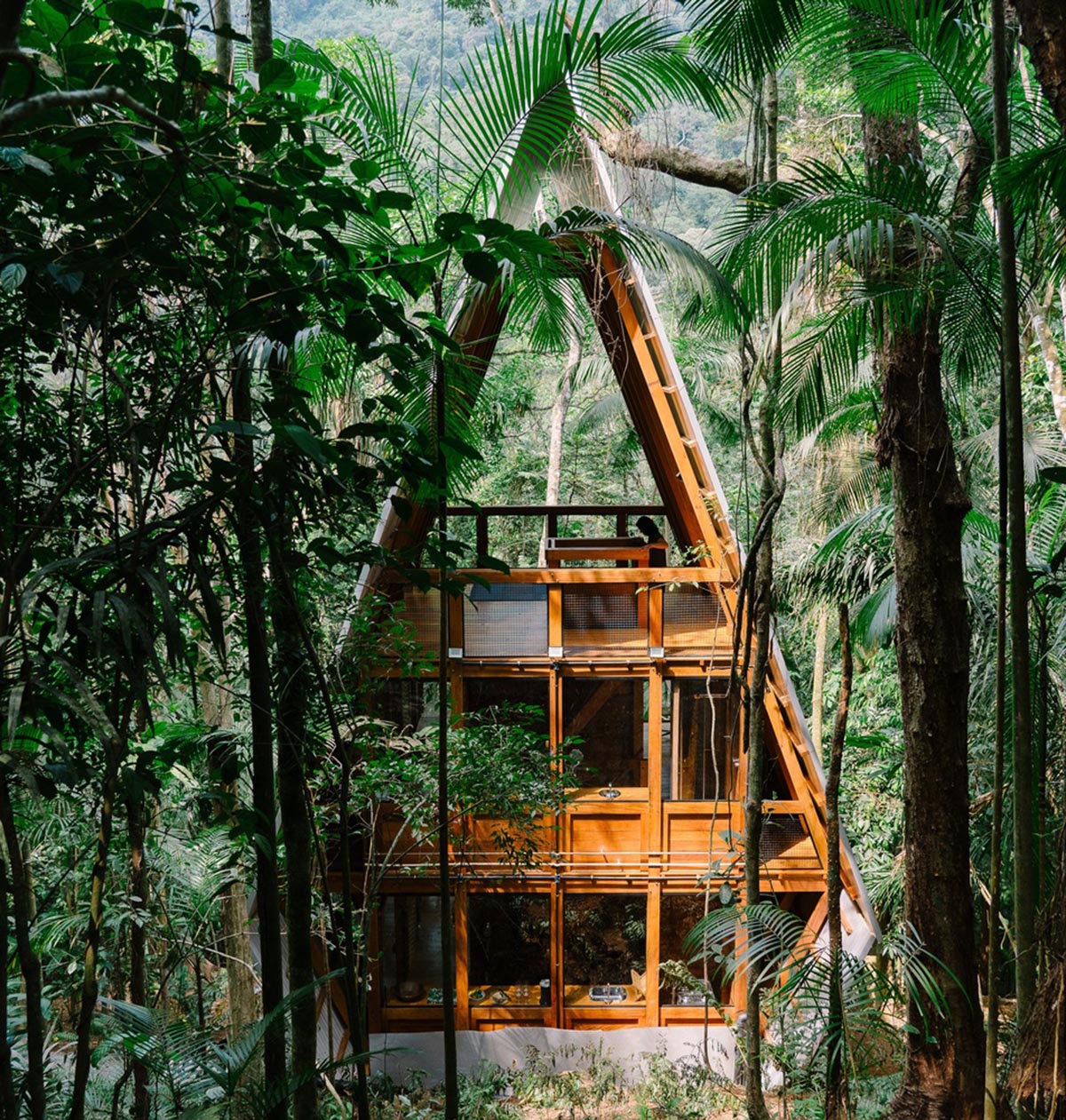 Macaco House has been lifted on a series of thin and dense pillars to have a zero interference in local vegetation of Brazilian forest.

Designed by São Paulo-based architecture firm Atelier Marko Brajovic, the house is inspired the verticality of the forest, in the possibility of approaching the crests of the trees, in a gentle and subtle way, connecting with its countless inhabitants of the kingdom of flora and fauna. 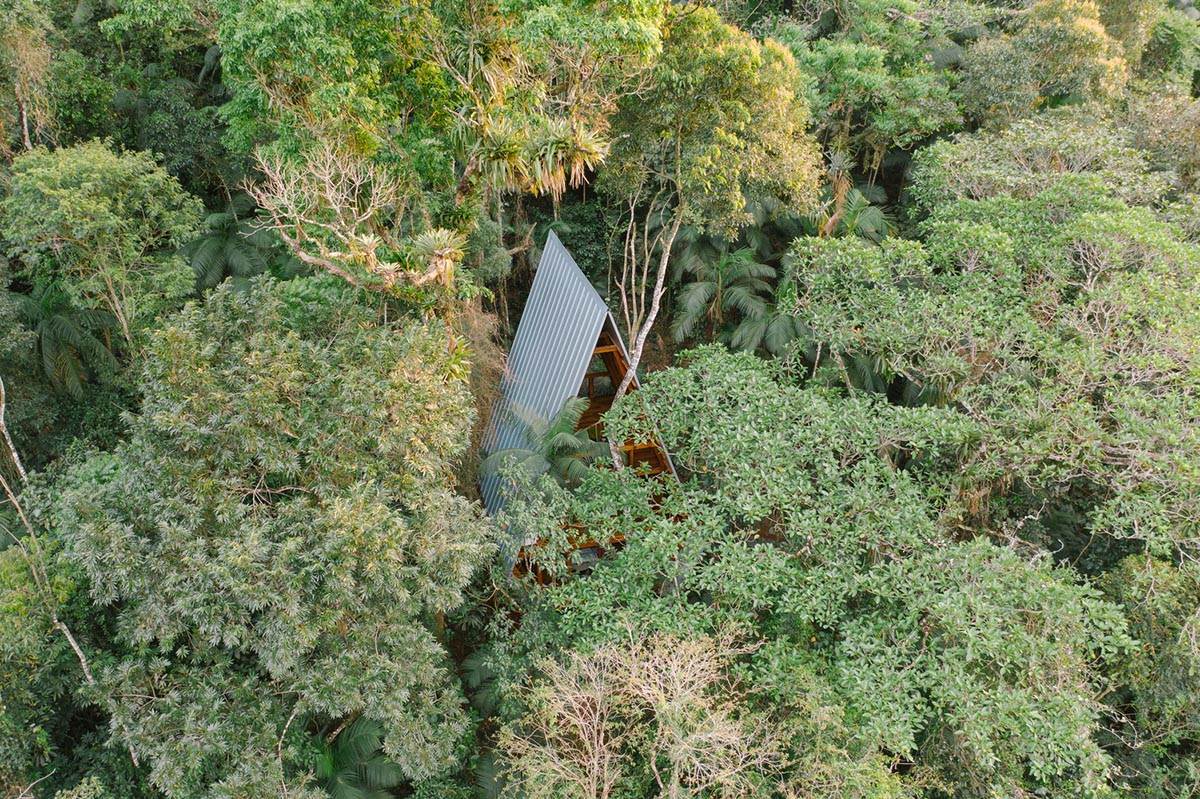 The architects came to this concept after several monkeys living at the foot of Serra suddenly disappeared.

As the architects explain, the reason of disappear was a yellow fever that supposedly spread among the primate families. 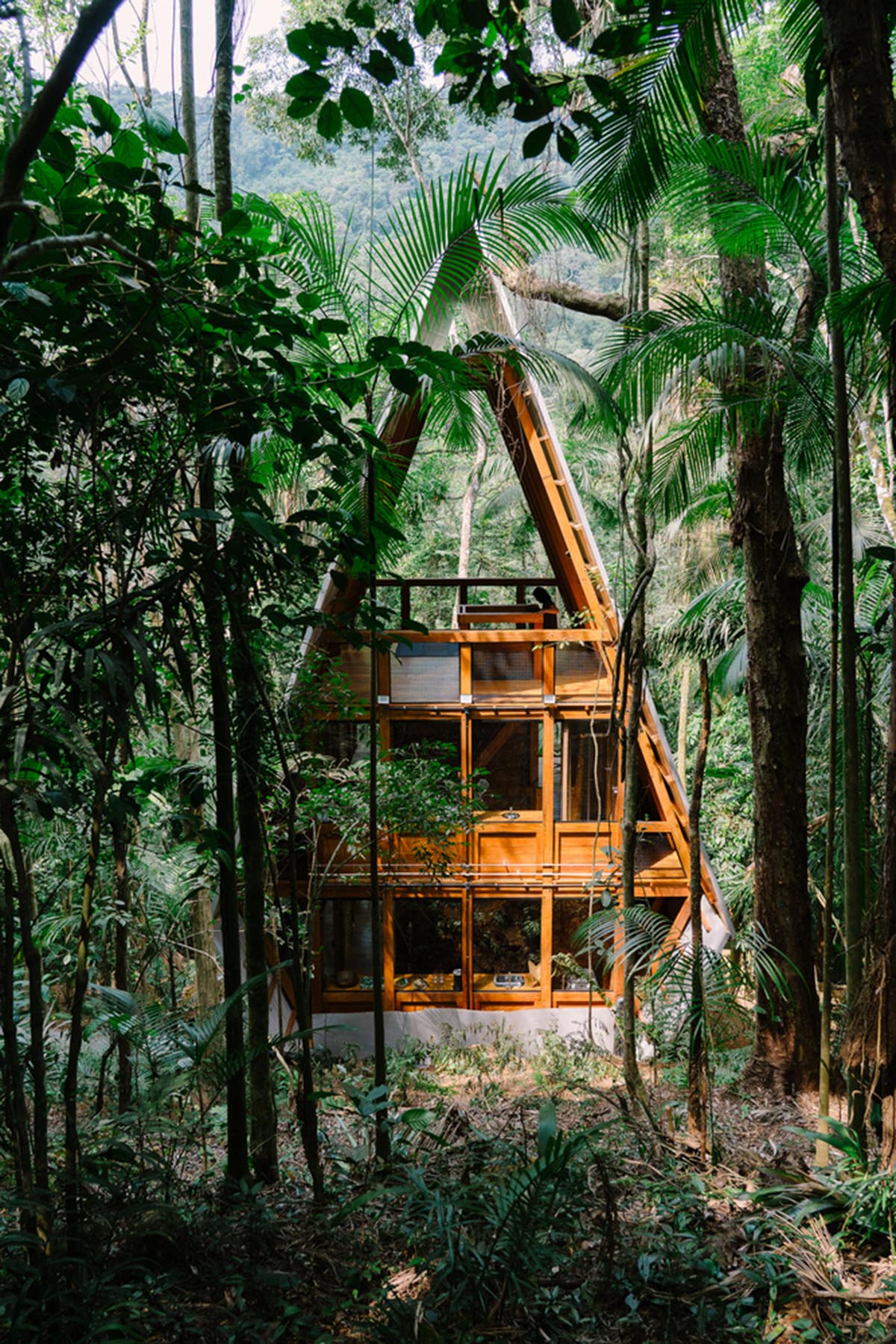 "At the beginning of this year, the day we started thinking about a house that connects to the magnitude of the trees, there they appeared," said Atelier Marko Brajovic in its project description.

"A family of Capuchin Monkeys, a complete tribe! They were back and taught us the way of why, where, and how to do the project."

The studio built Monkey House that works synergistically between wooden components all of the same profile, covered by galvalume skin and thermo-acoustic insulation. 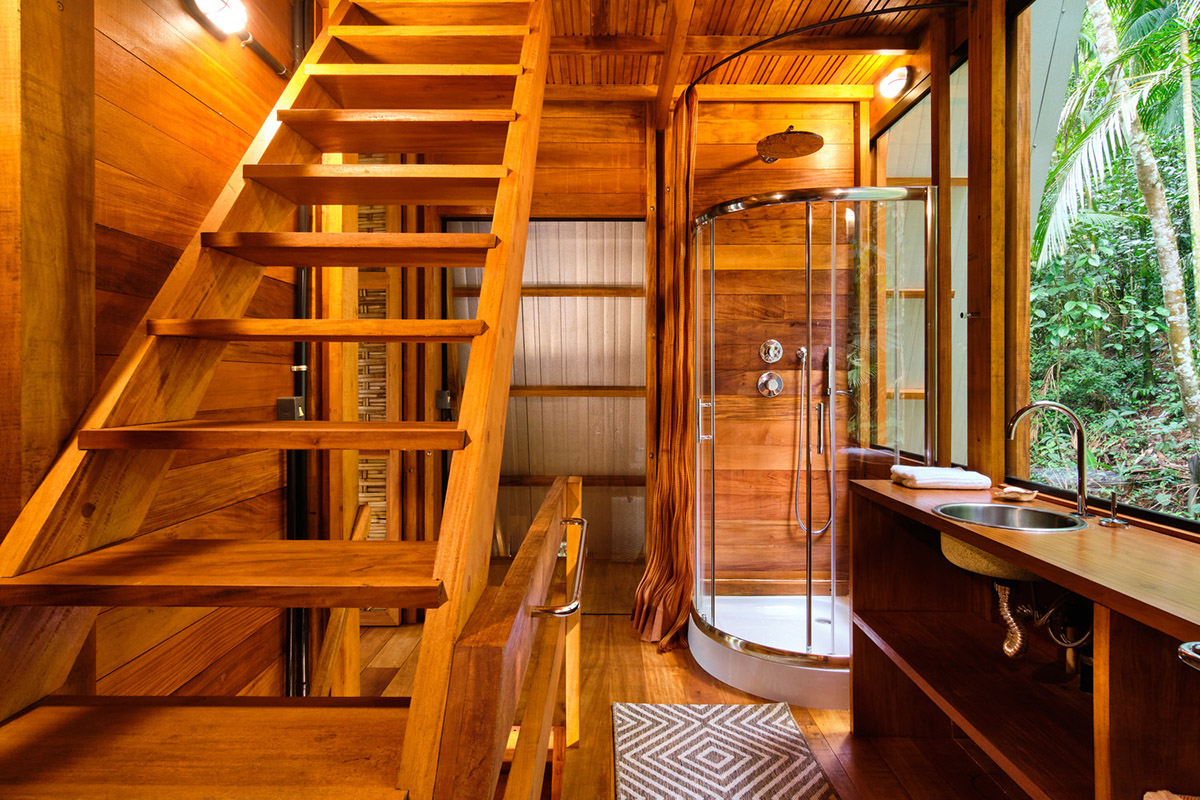 The house was assembled in an area of secondary forest, installed between trees, occupying a small area of 5 meters to 6 meters, thus it creates zero interference in the local vegetation, covering a total area of 86 square meters.

"The perception of the forest is vertical," added the studio. 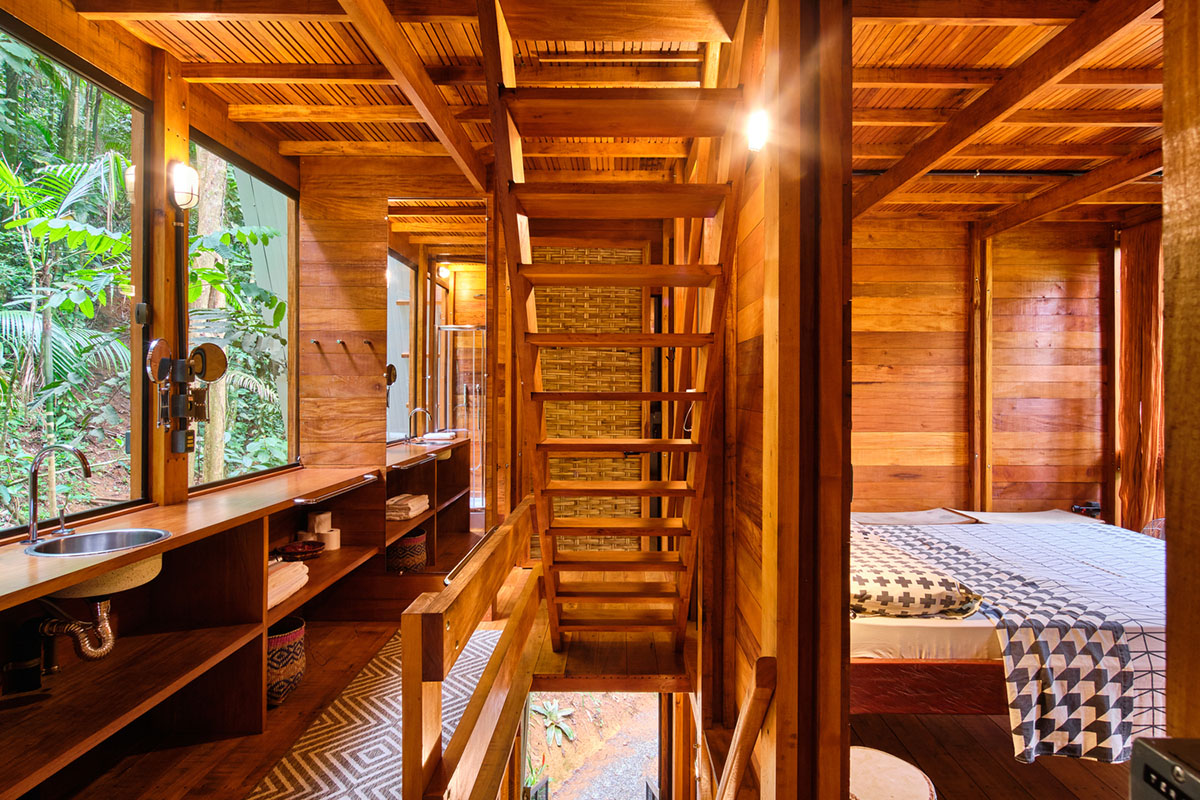 "The horizon is inverted, following the flow of energy, matter, and information on the growth of trees to lead us in the search for energy, sunlight." 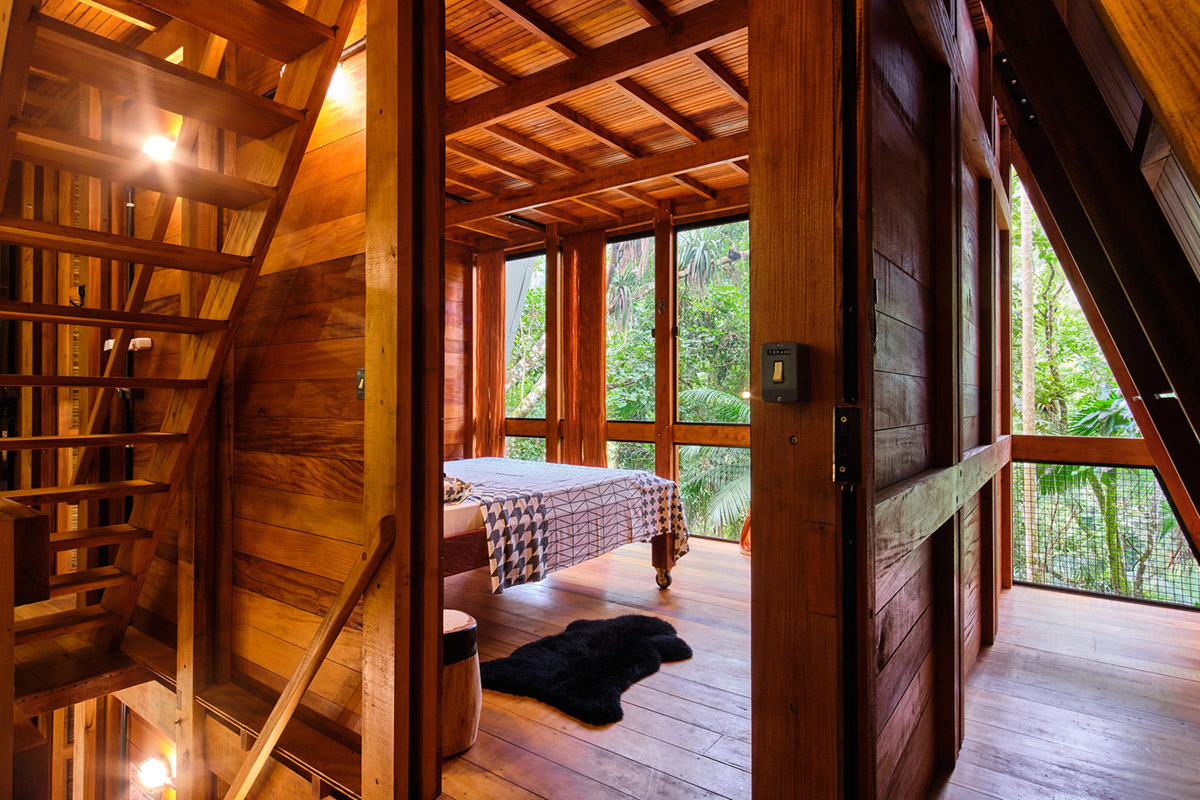 In order to design the supporting structure of the Monkey House, the architects were observing which plants were better adapted to the topography of the land and which strategies were adopted to allow stability in height growth. 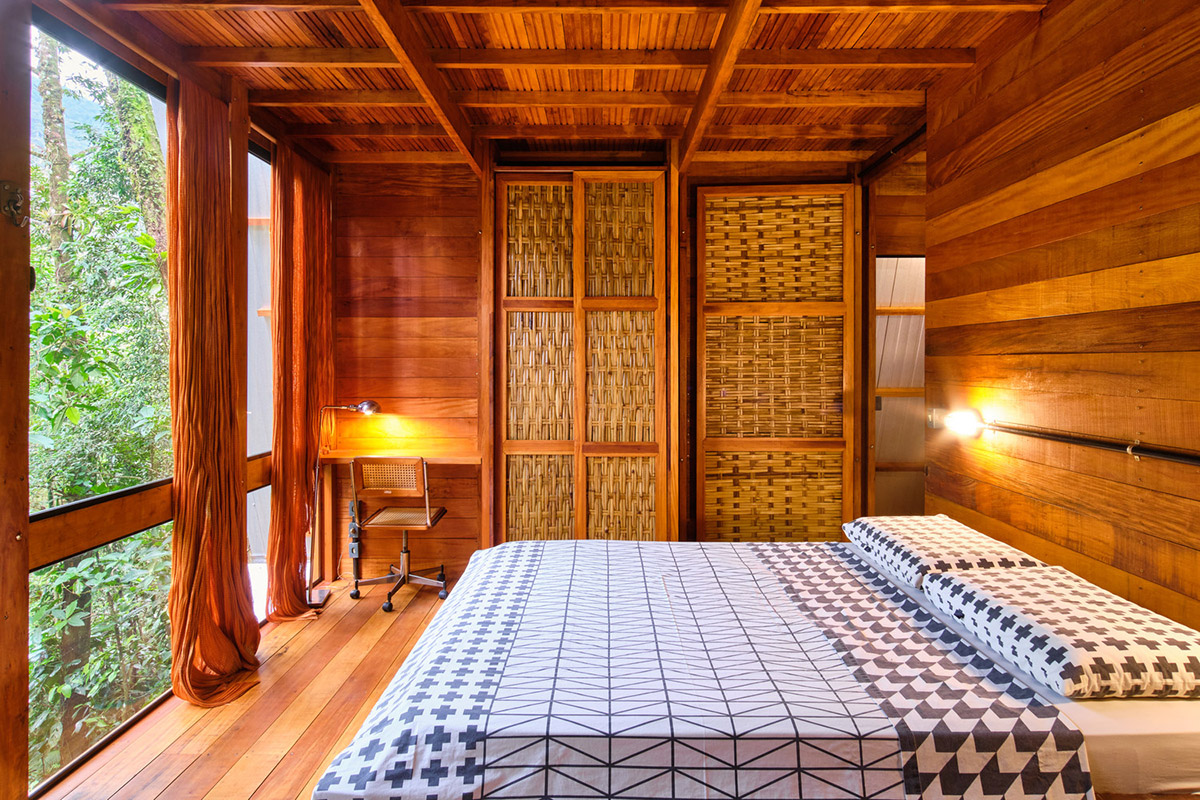 The juçara or içara (Euterpe edulis) in Tupi, is an endemic palm of the Atlantic Forest which is structured through props roots, adapting itself to the downhill terrain and distributing the dynamic weight on multiple vectors ensuring stability for the thin and very tall stalk.

For the Monkey House project, the studio implemented the same strategy, creating a series of thin and dense pillars, inspired by the adventist morphology of the juçara palm roots, thus ensuring stability in this vertical typology construction. 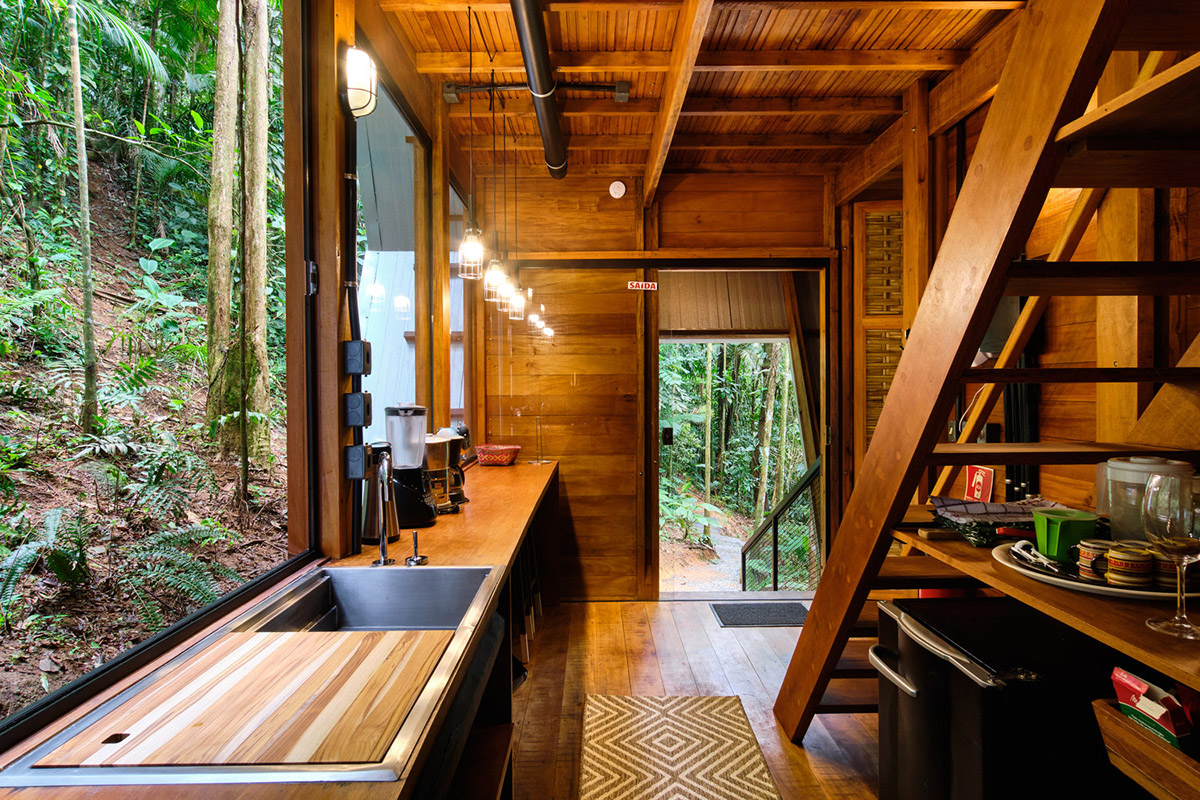 "When we thought about the landscape design the statement was the complete reforestation with endemic plants, which we consider is a priority in Brazil and worldwide. As well, conducting local plants' growth around the house, it proposes a state of immersion of the house and the humans into the wild," explained the studio. 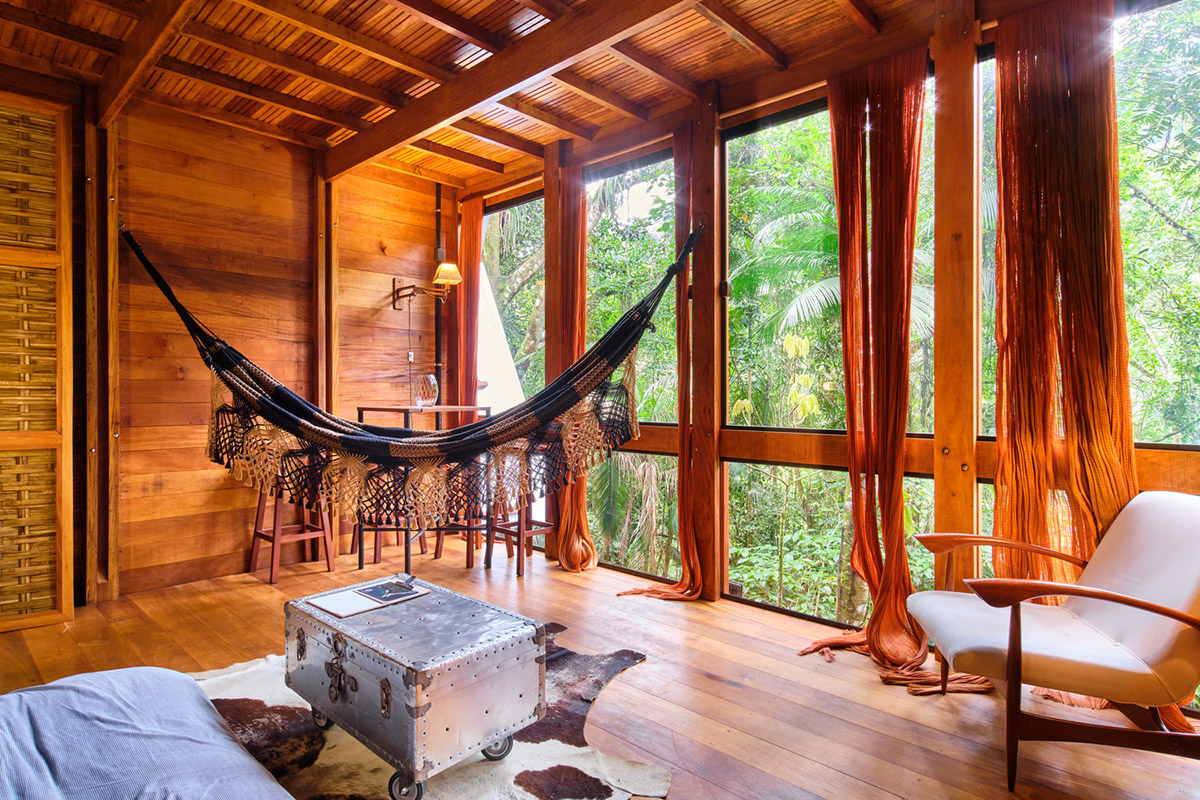 The top floor of the house was designed as an observatory, which is a place of encounter and reunion, to observe nature outside and inside us, to learn and relate in a regenerative way. 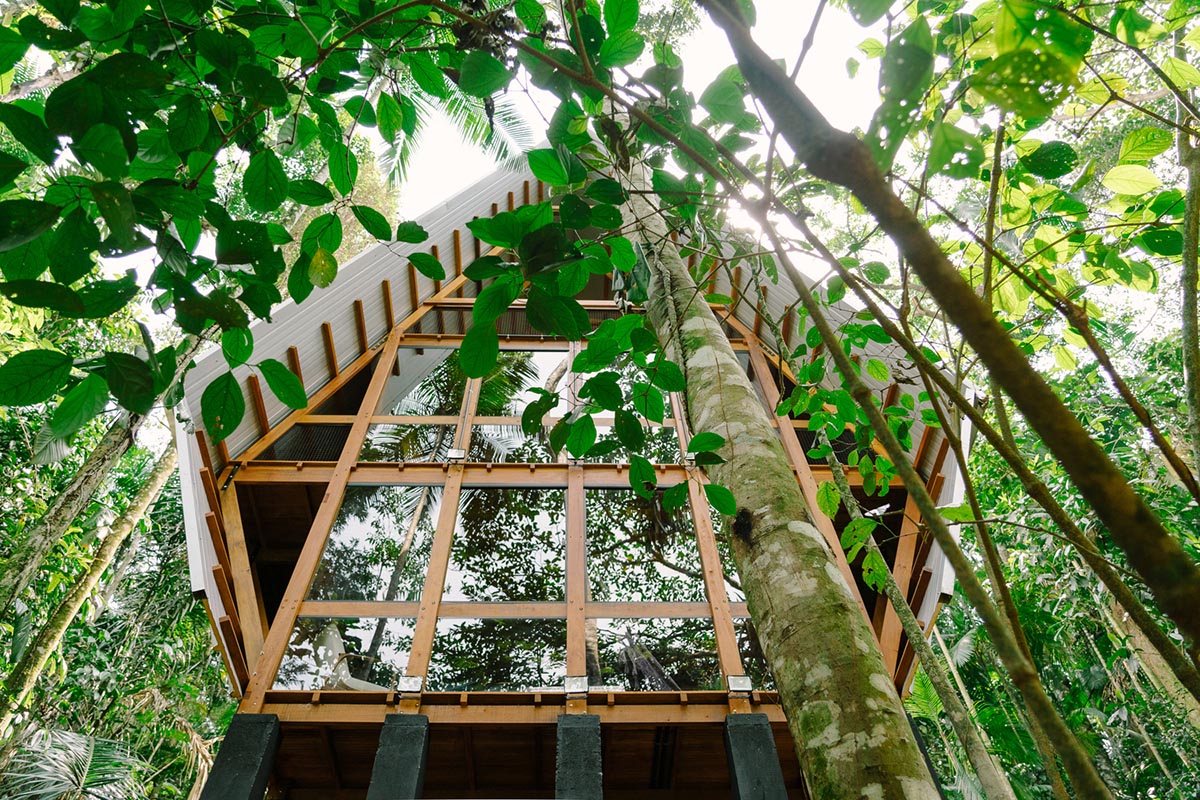 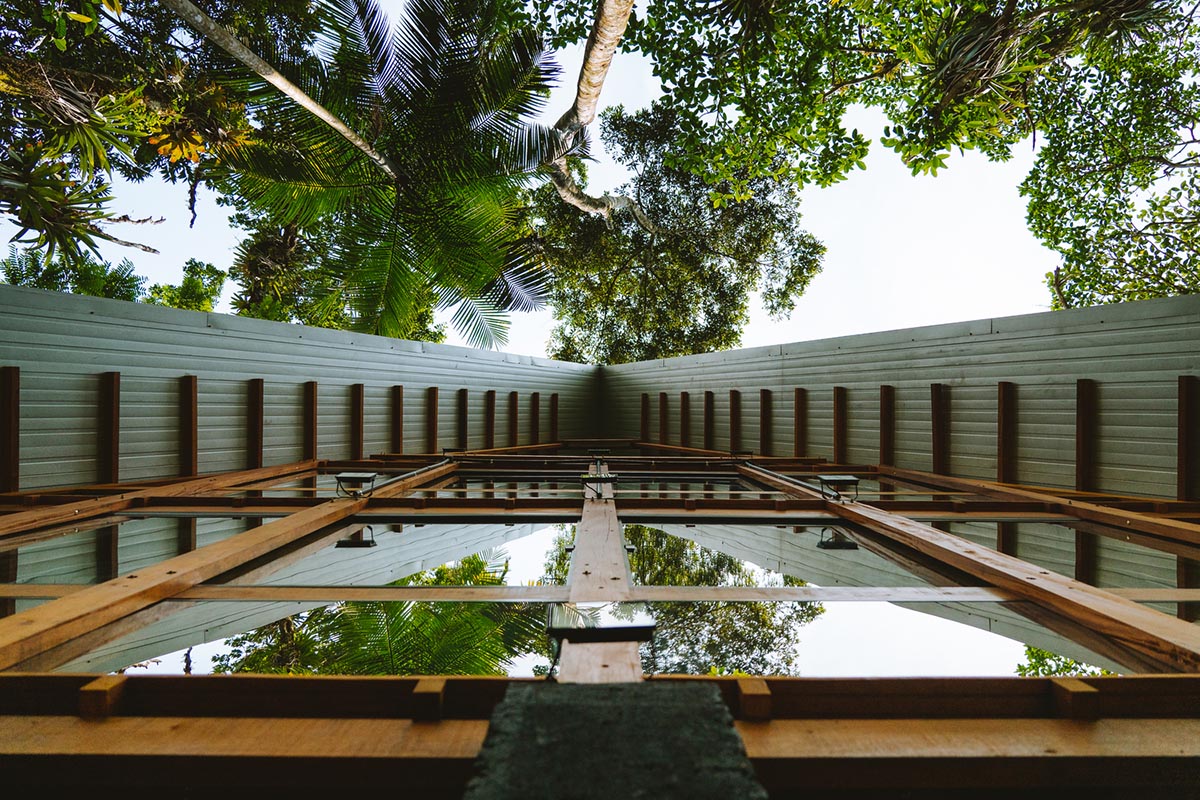 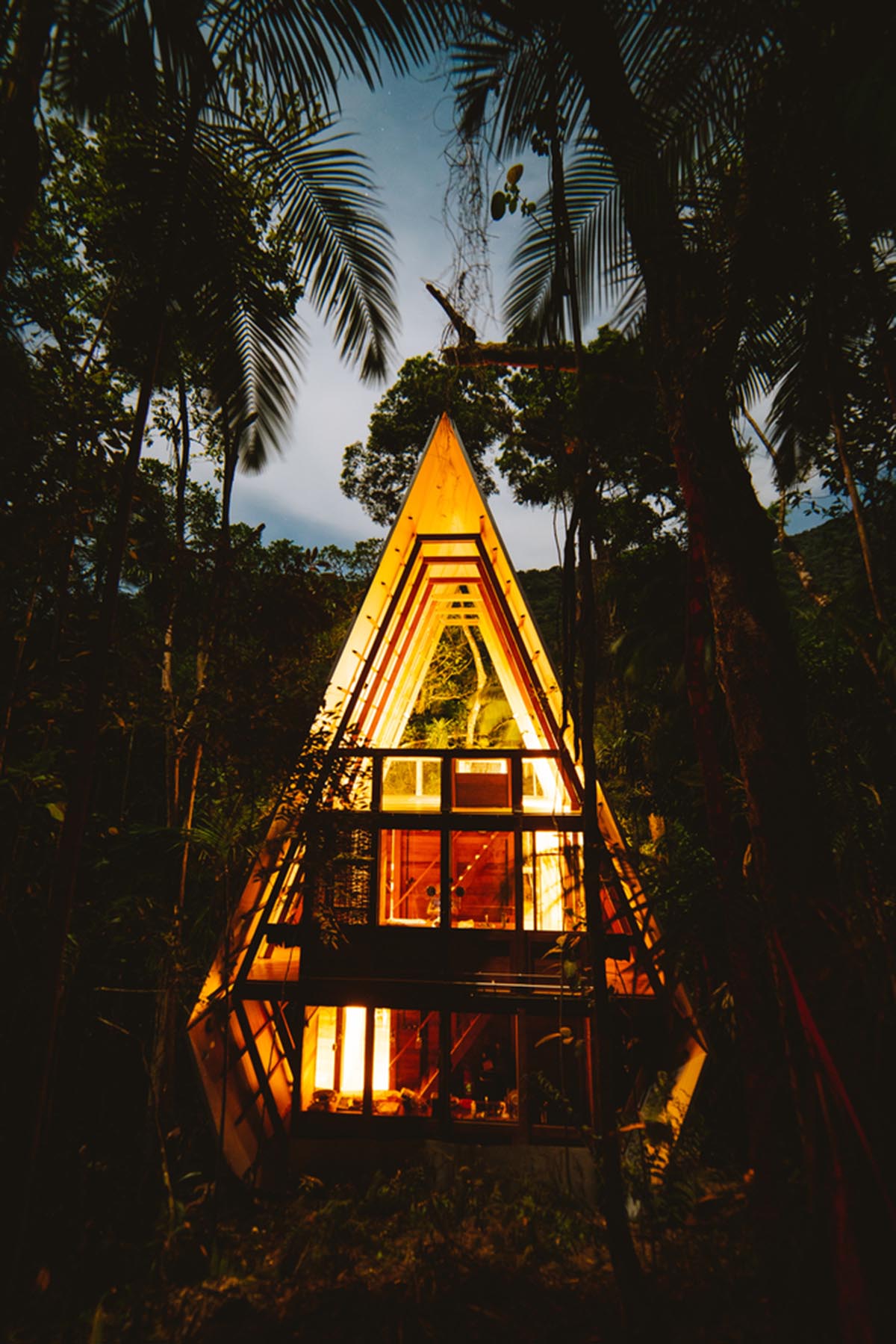 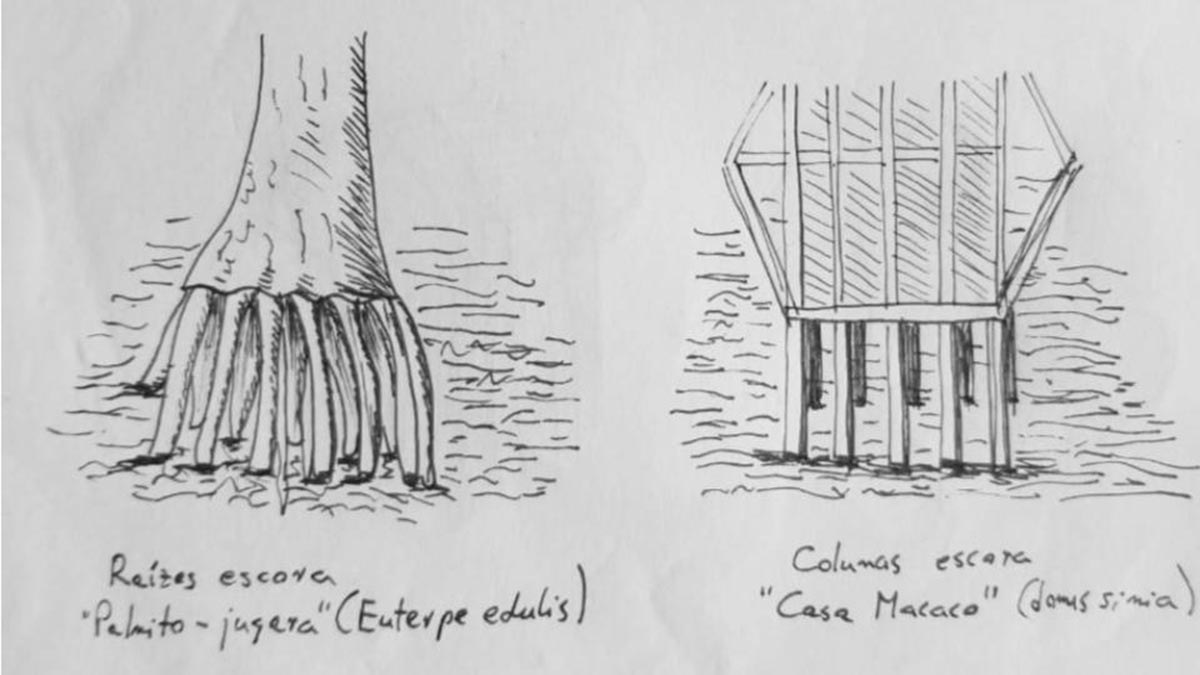 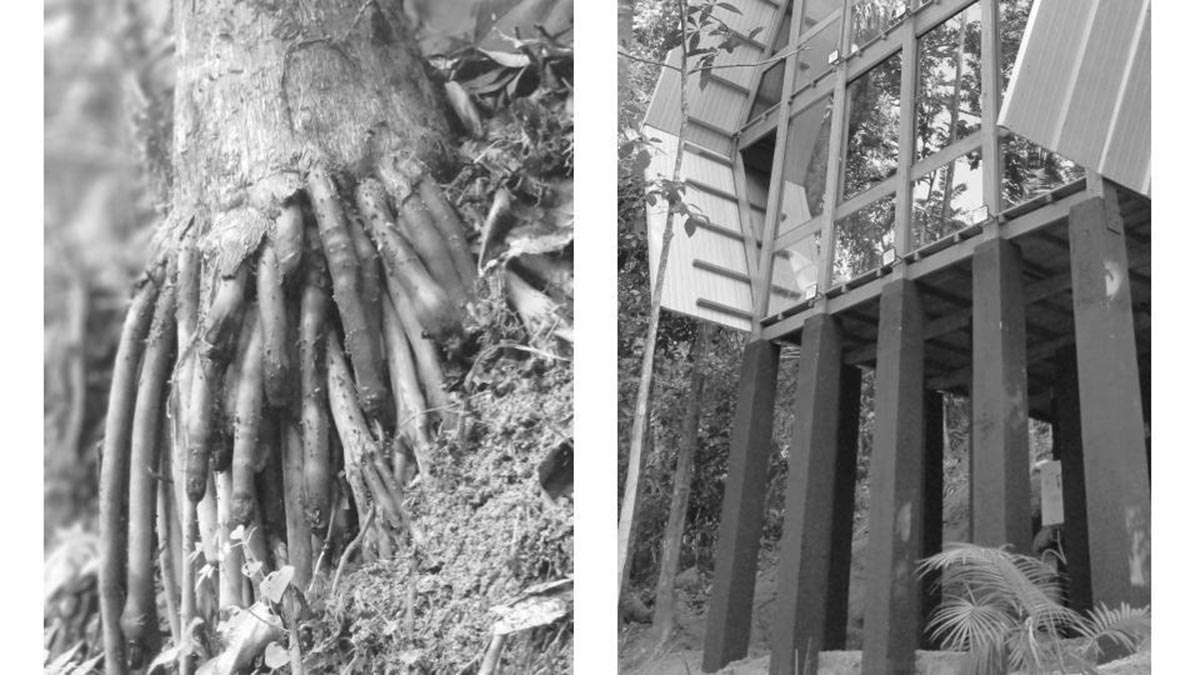 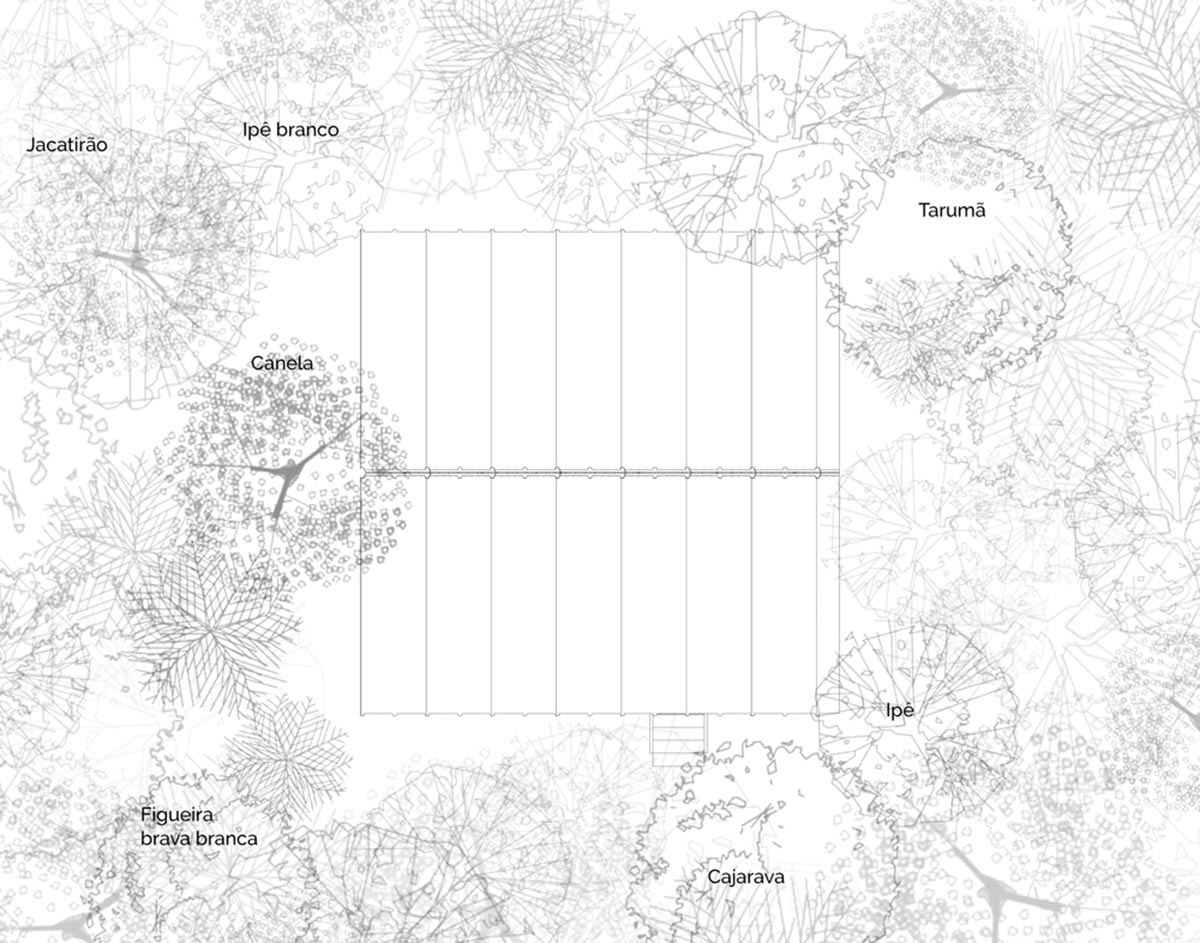 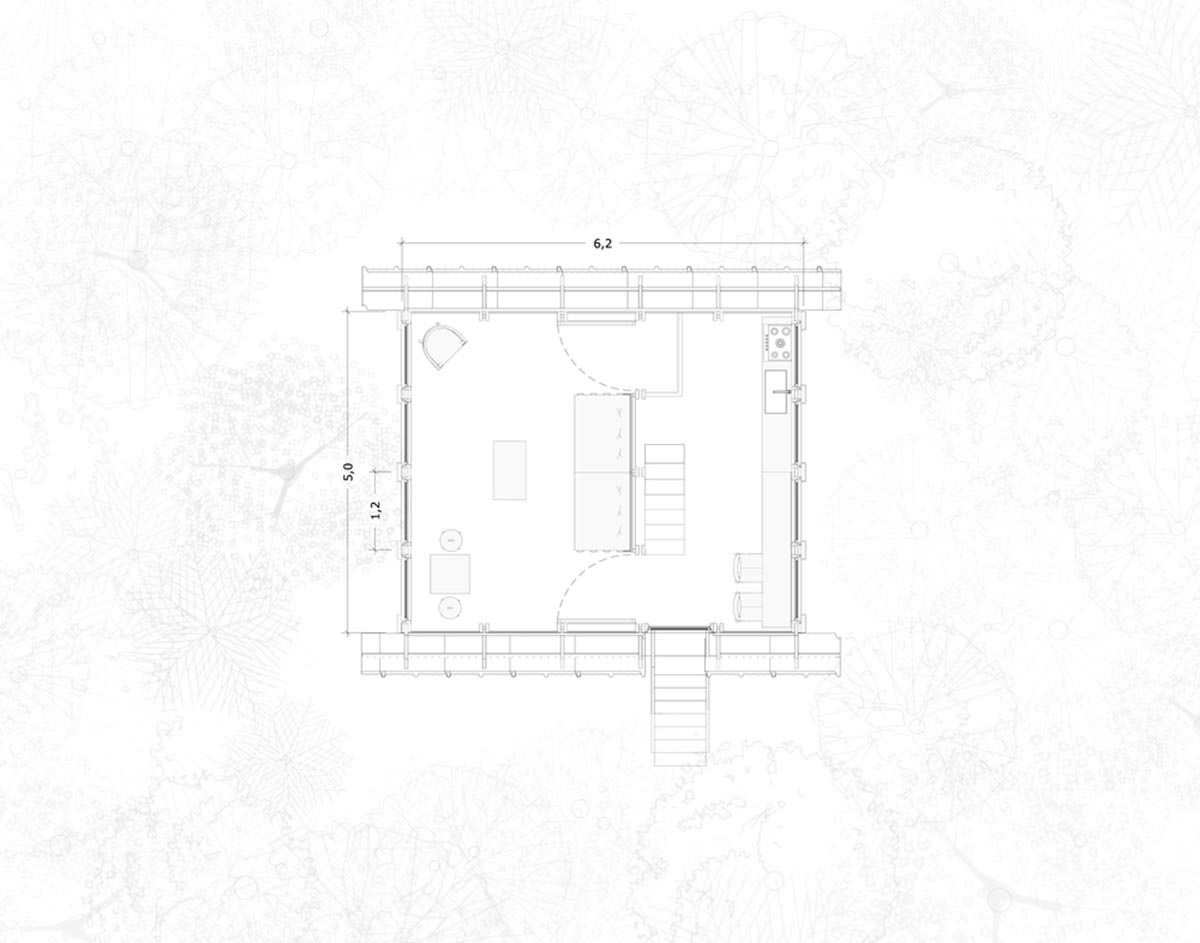 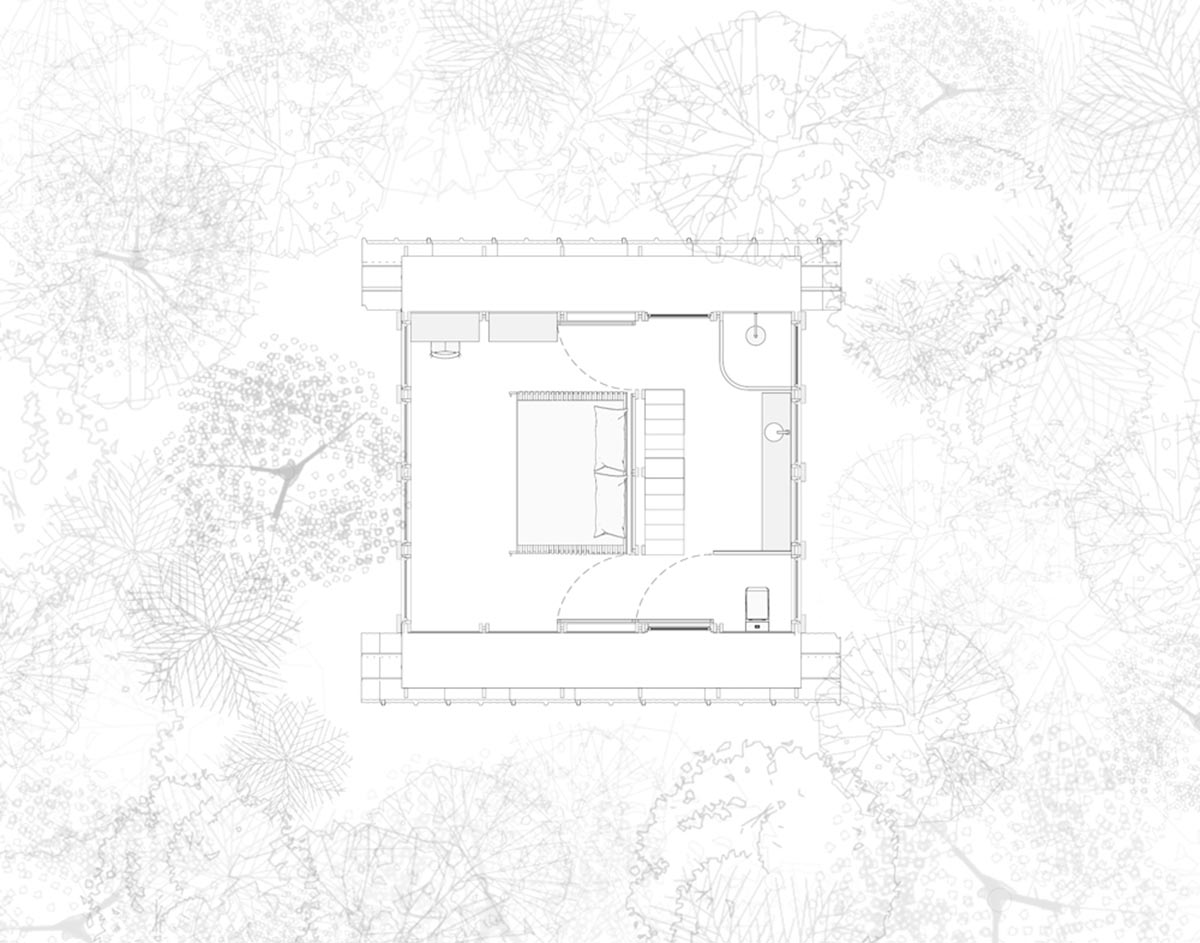 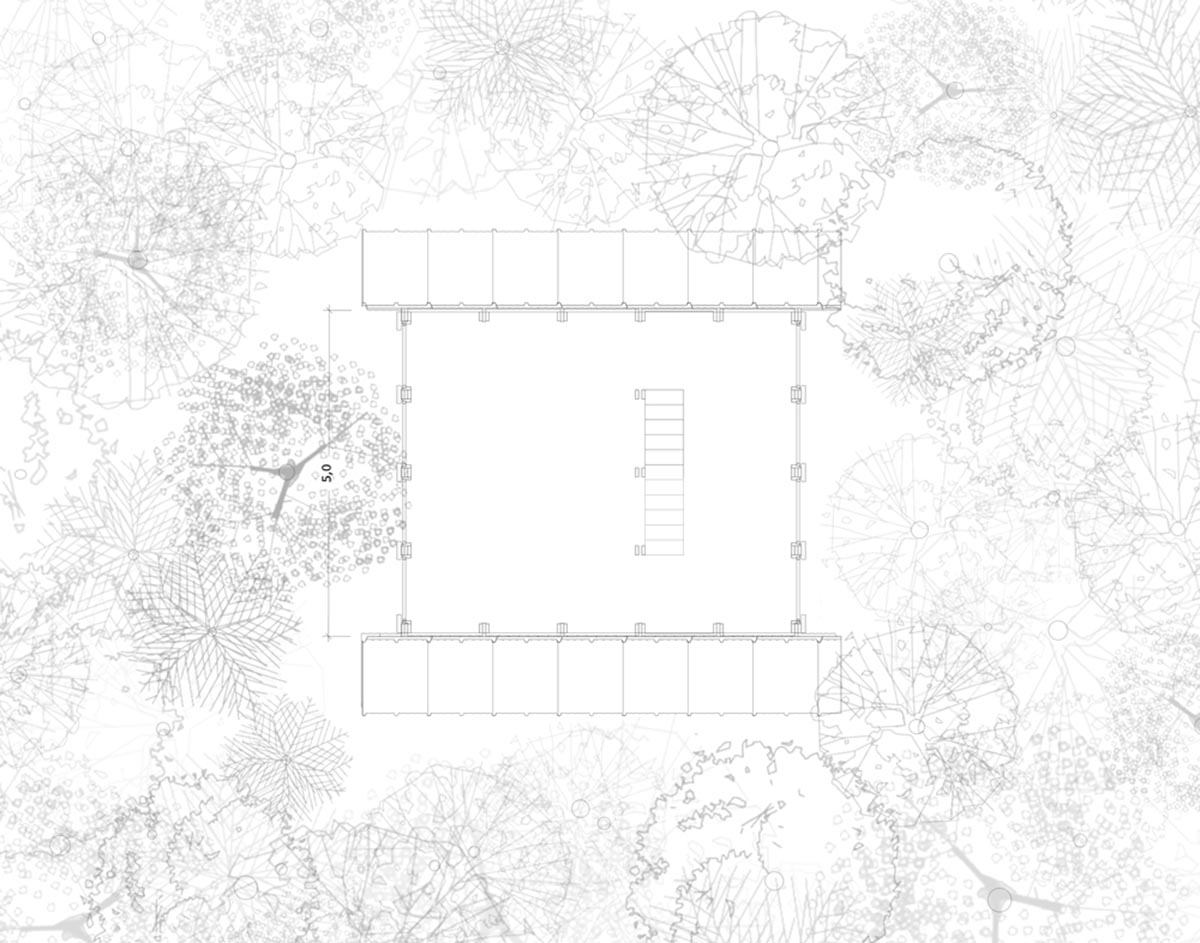 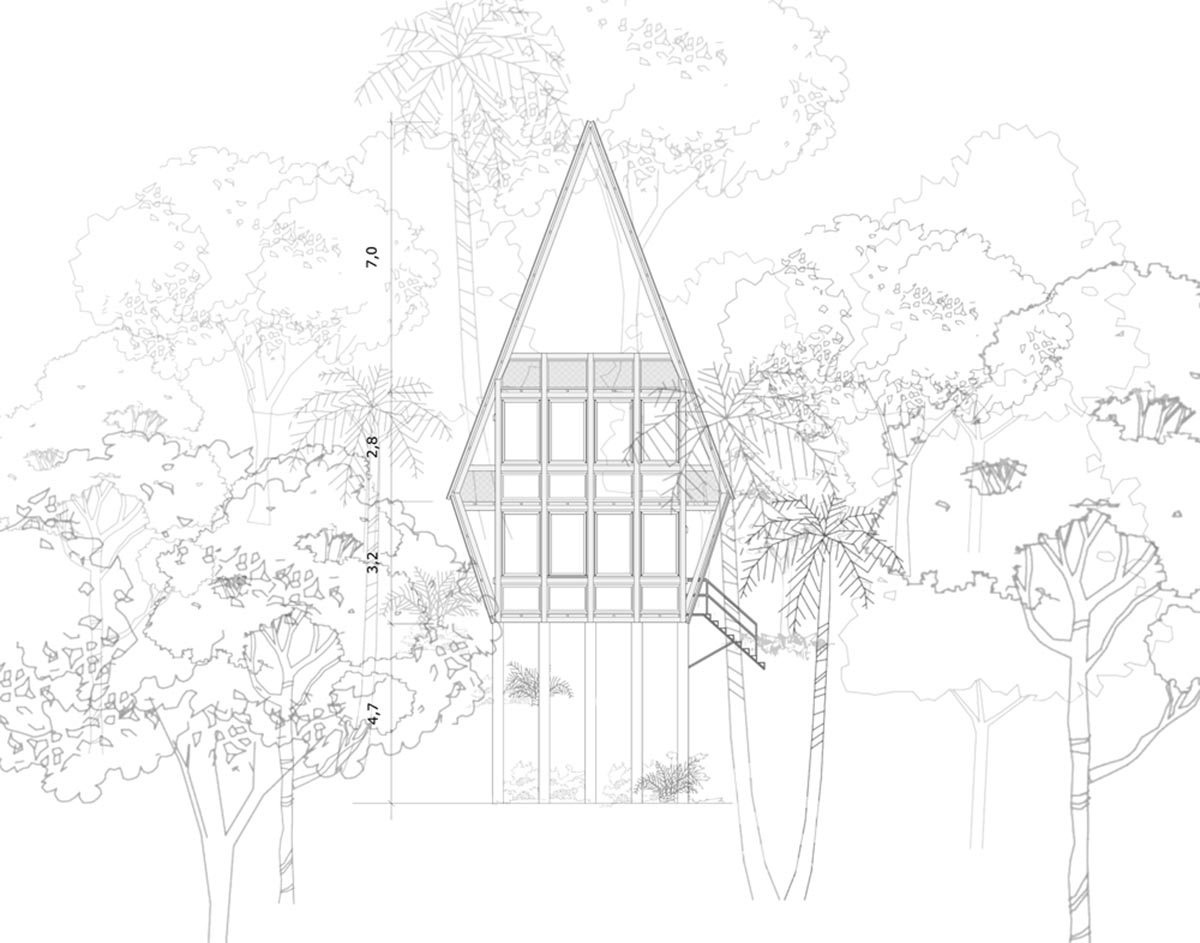 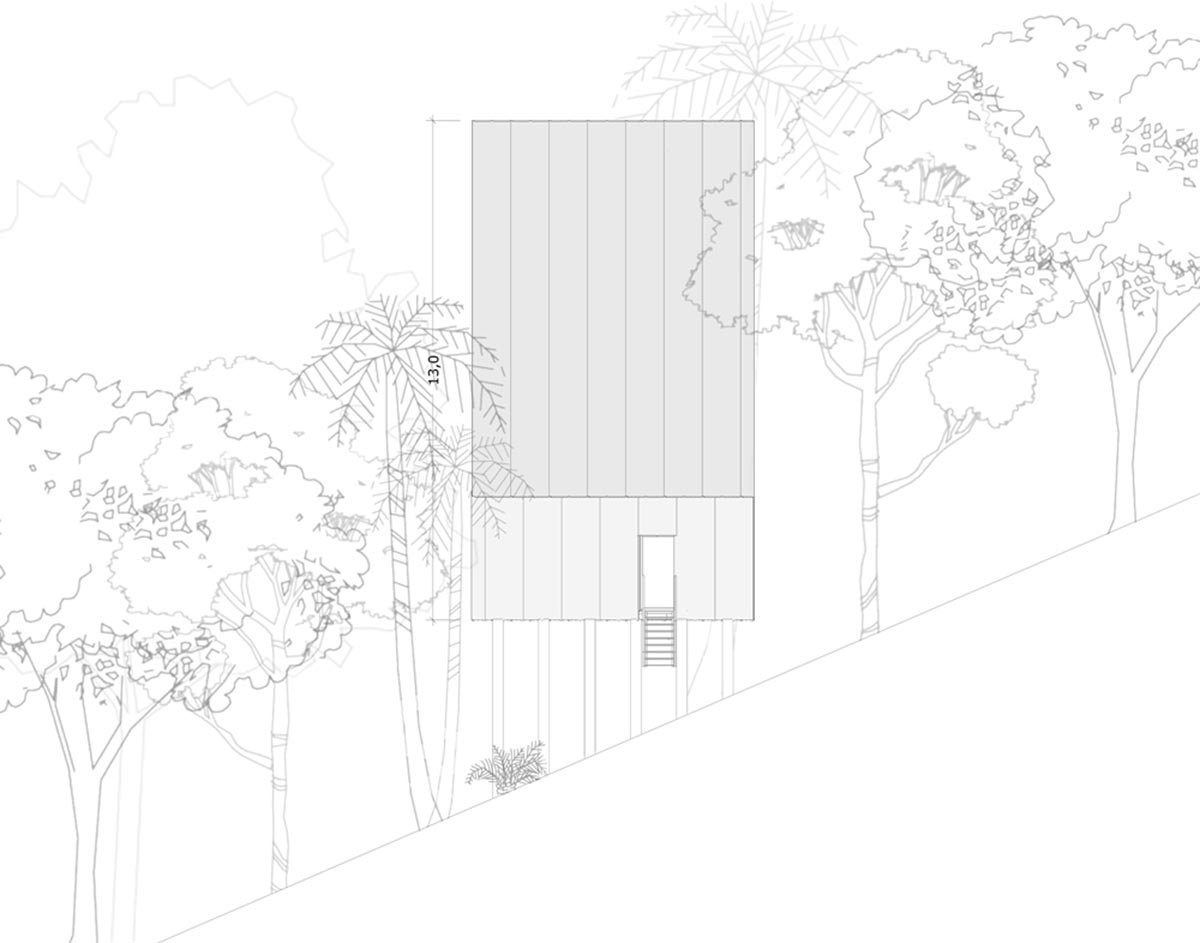 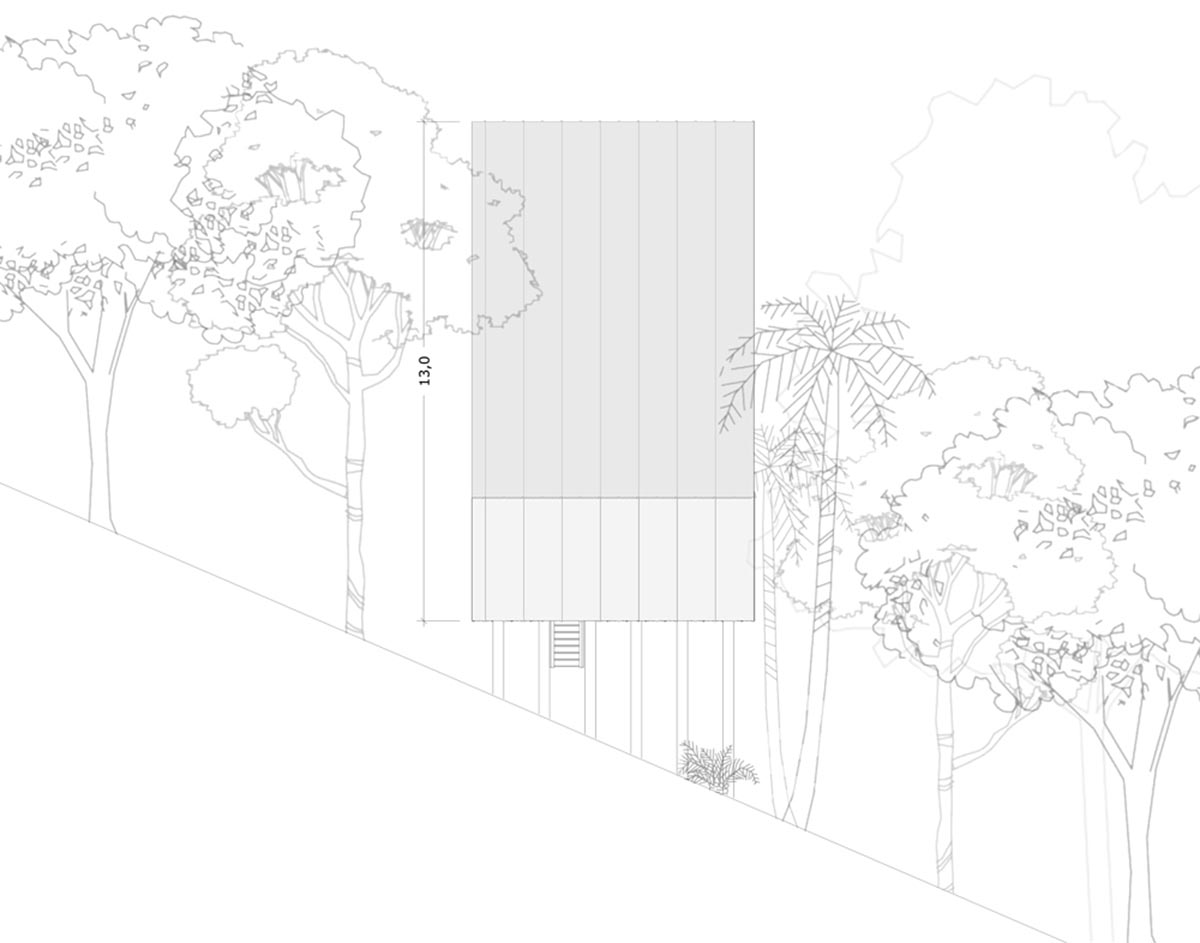 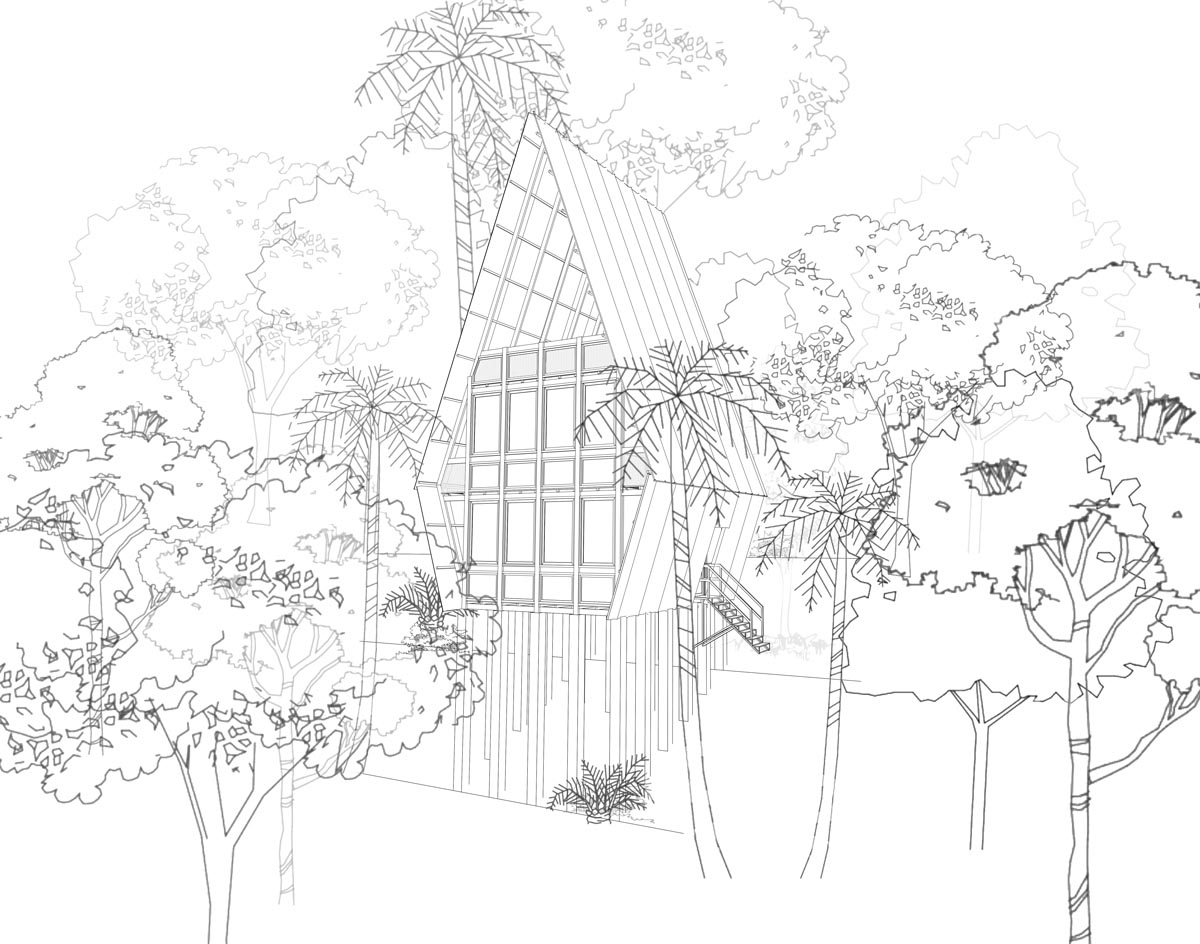