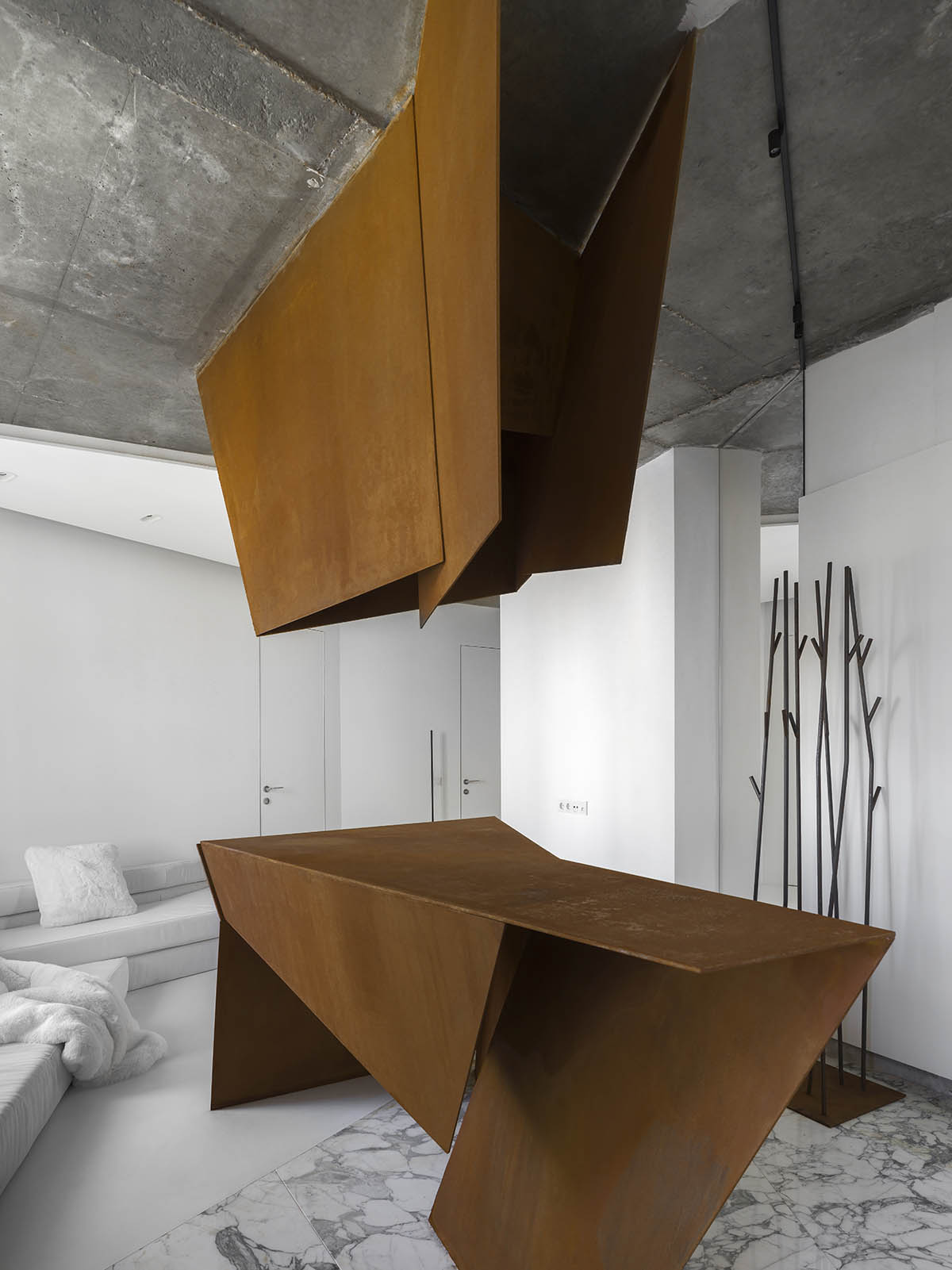 Named Golden Mile, the 70-square-metre interior space is inspired by the Russian avant-garde. White colour, the colour of endless space in the suprematist paintings, has evolved in the interior, creating a geometric volume of the whole space.

"It is self-sufficient and also a background for the interior’s main elements – geometric dominating sculptures," said Maxim Kashin Architects. 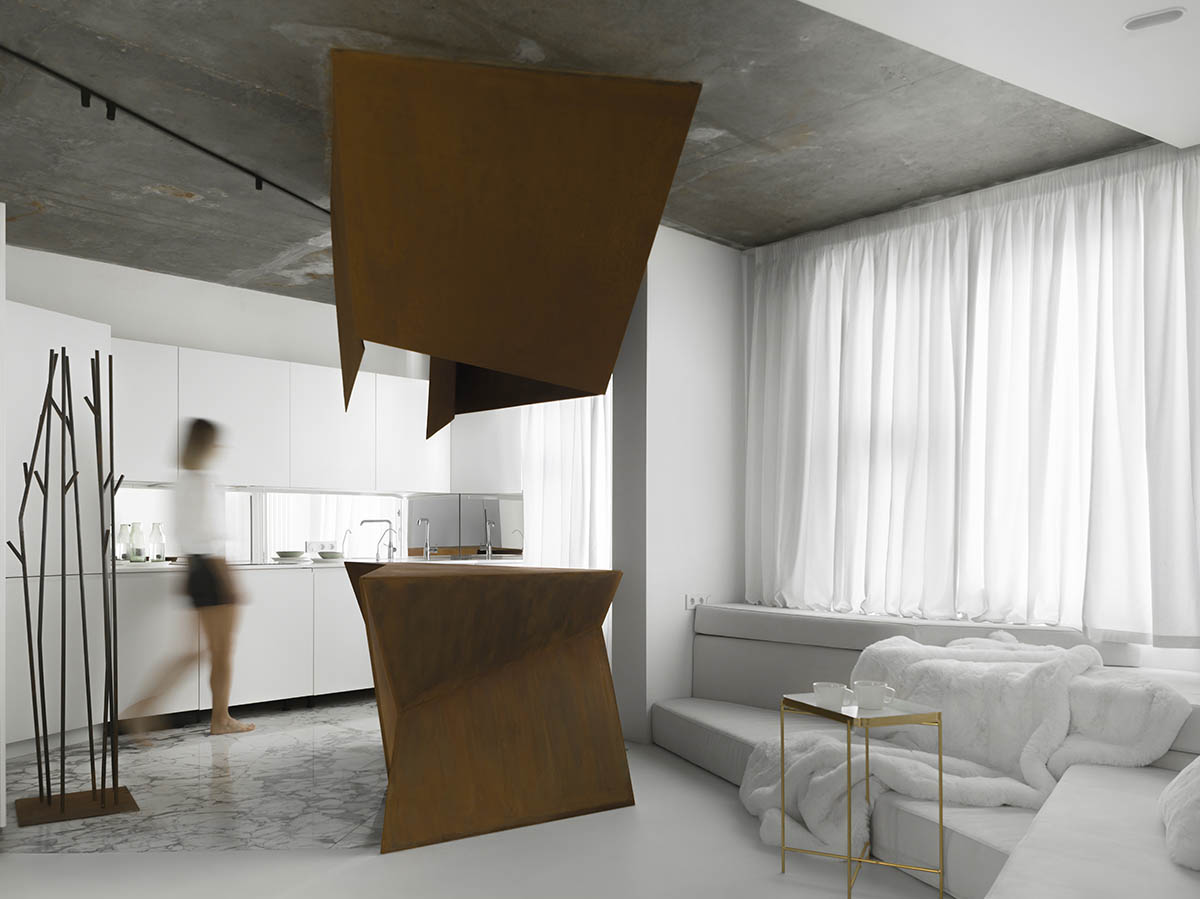 The main idea of suprematism (from Latin “supremes” – highest) is based on the superiority of pure geometry and colour over the existing perception of forms and space. 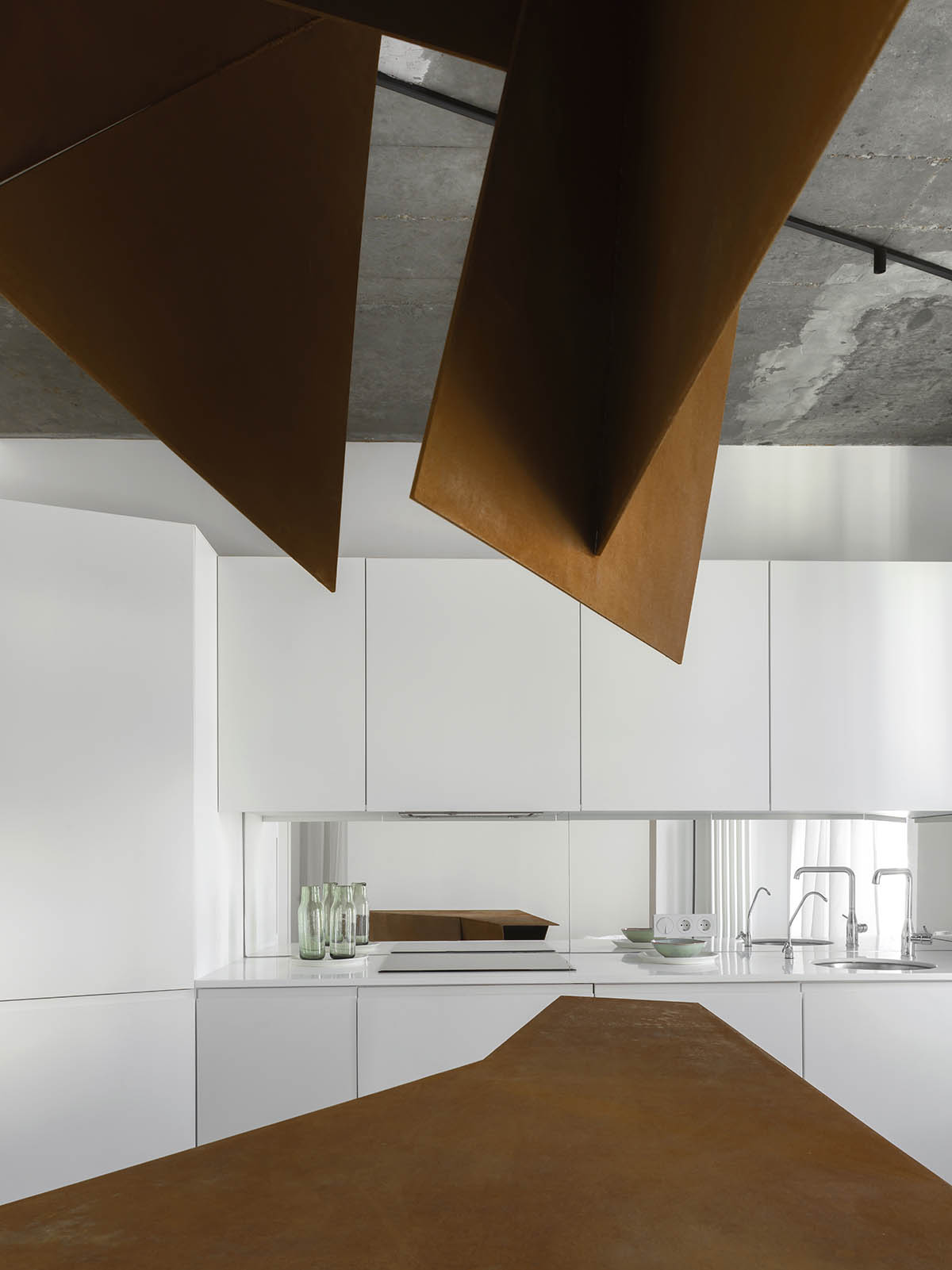 Thus, this interior is a white background for the linear geometric metal sculptures, consisting of the simple geometry planes, connecting in the three-dimensional monumental compositions. 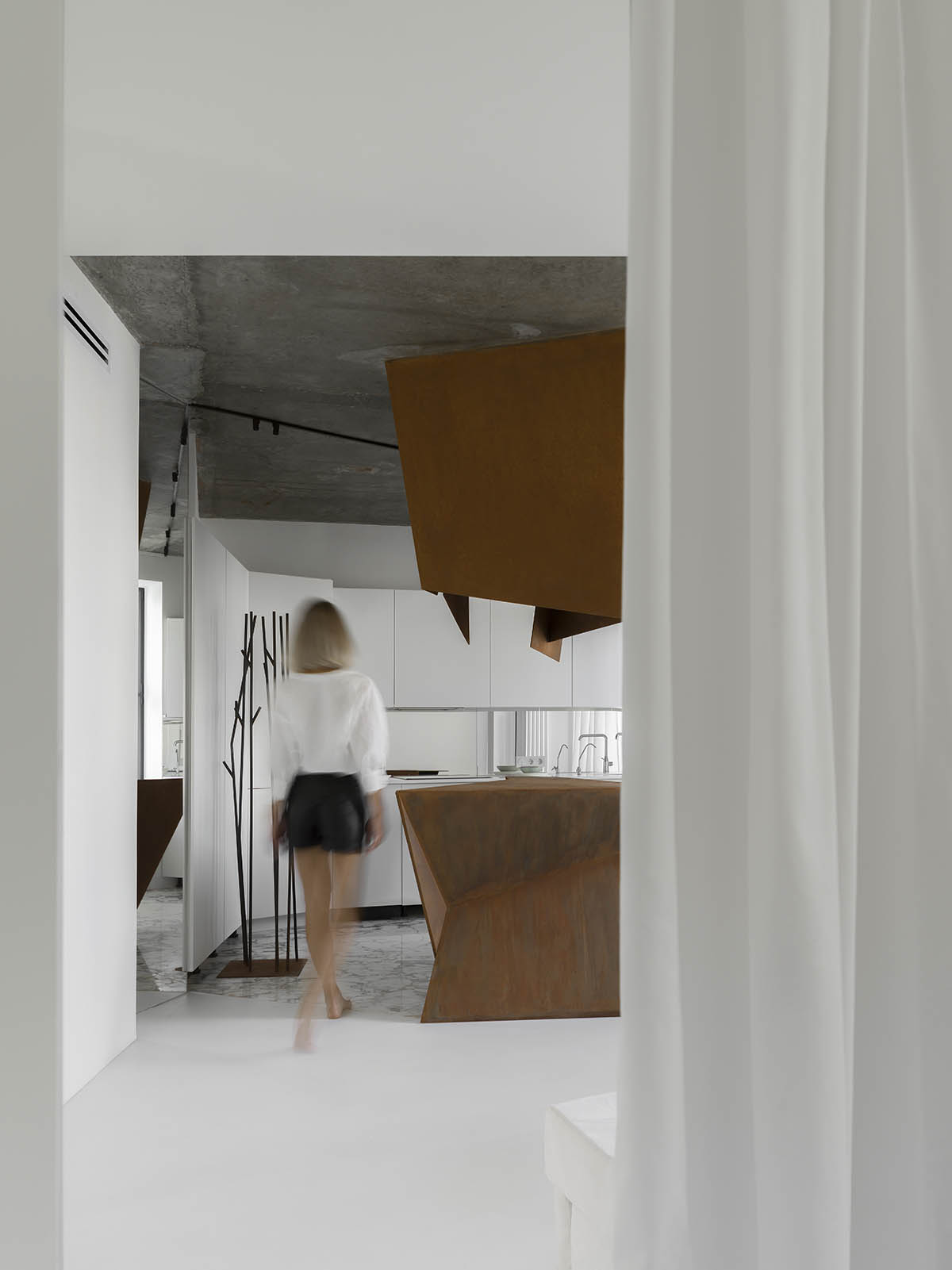 "The first one – a square and basic shapes: circle, line, cross. Second – complicated suprematist compositions. The third one is white on white."

"The following works of Kazemir Malevich are clear examples of these steps – Black Square, Supremus № 56, The White Cross," he added. 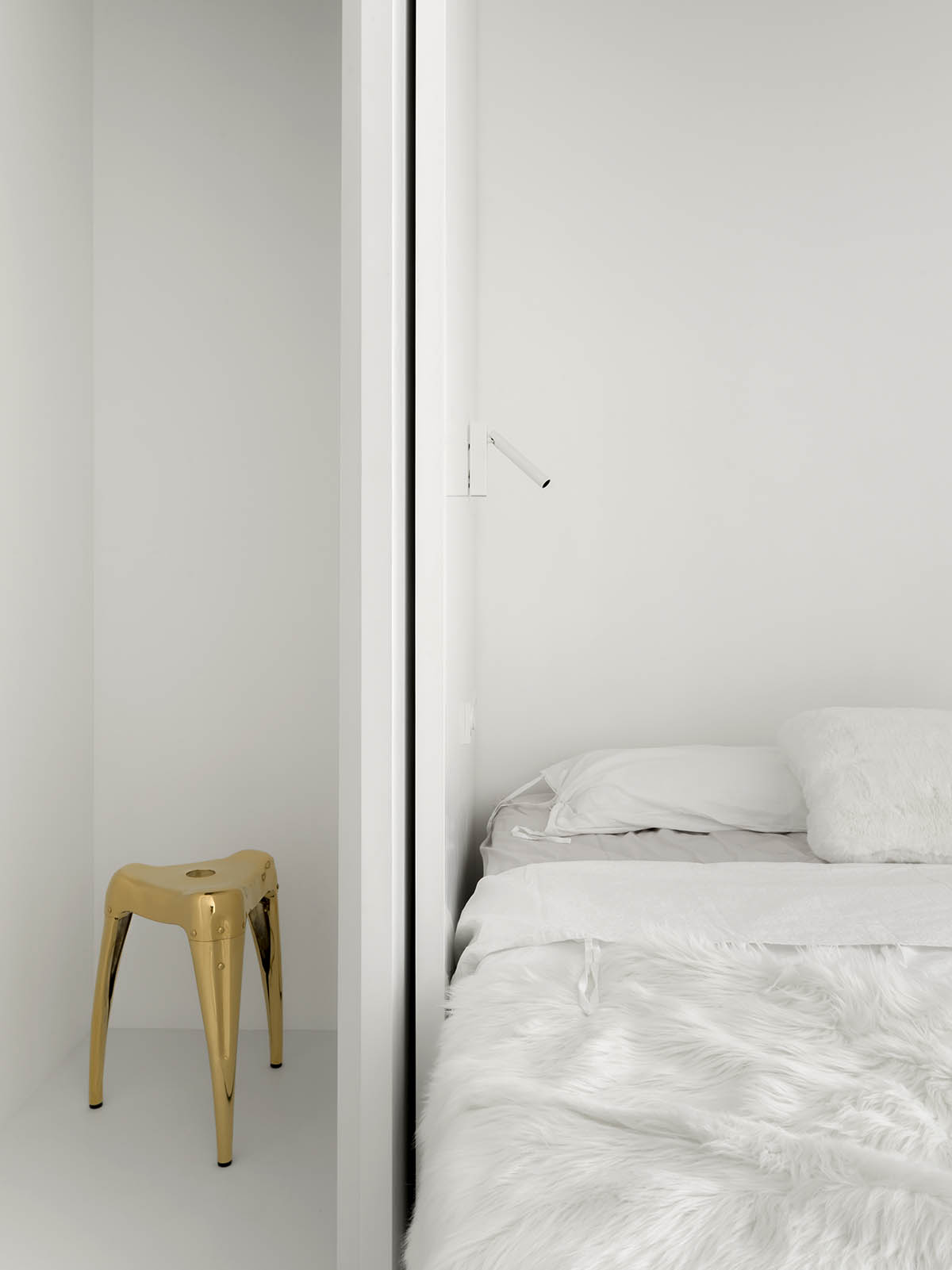 In the interior concept, Maxim wanted to connect these three stages of the 20th century’s popular Russian avant-garde art movement development by creating the three-dimensional installation, the interior, that is submerging one’s into the world of the endless white space, colour and geometry. 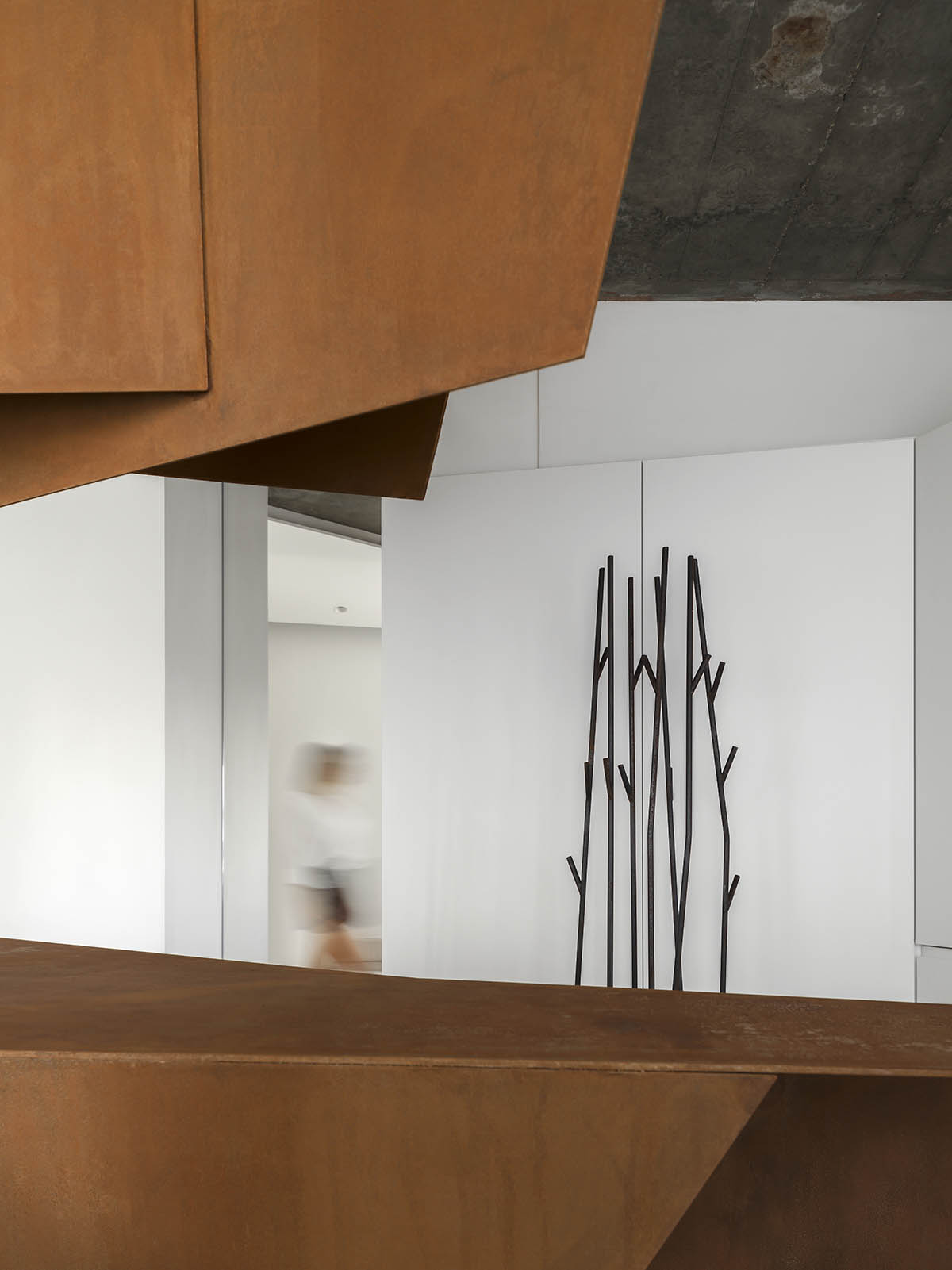 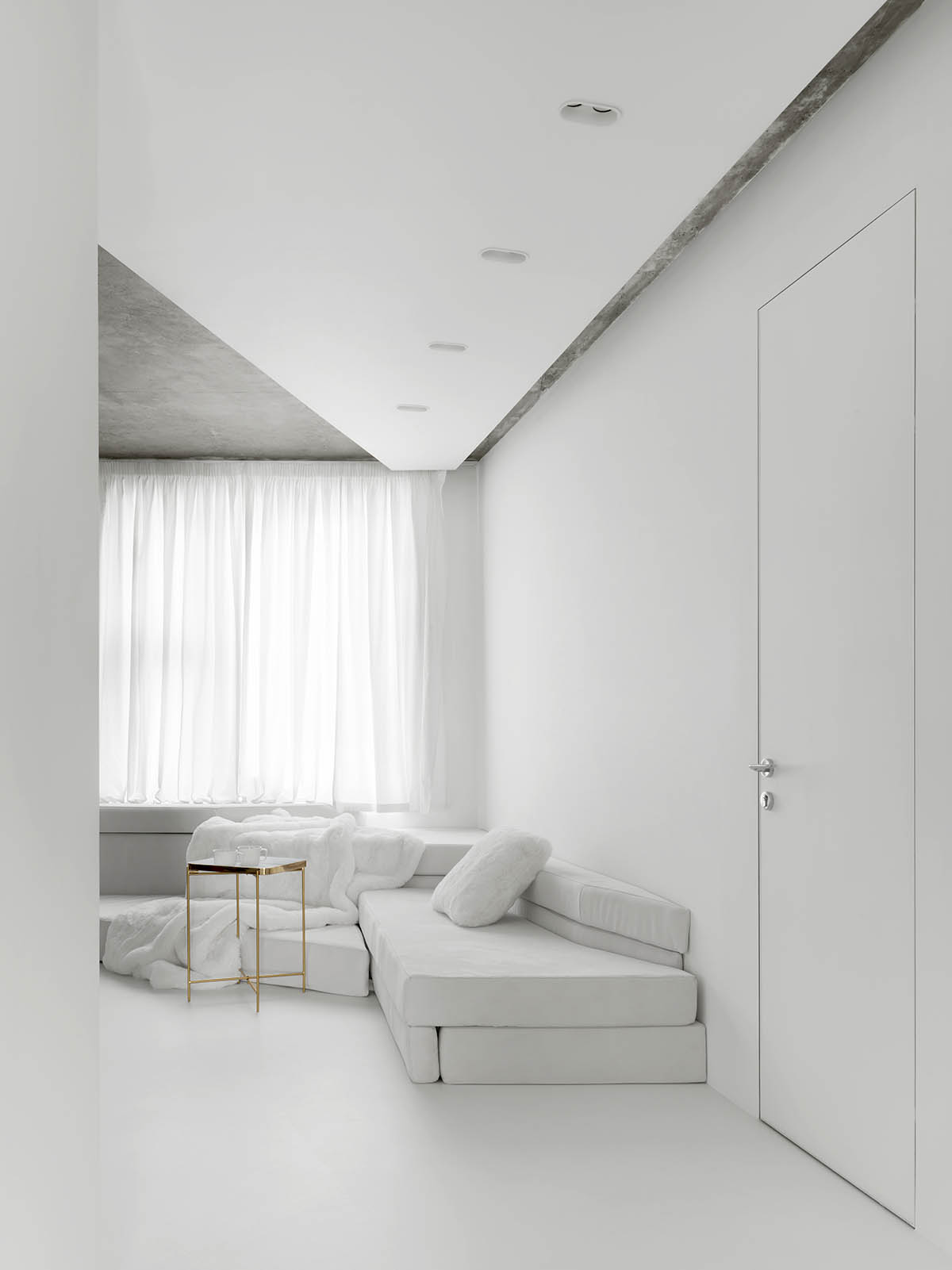 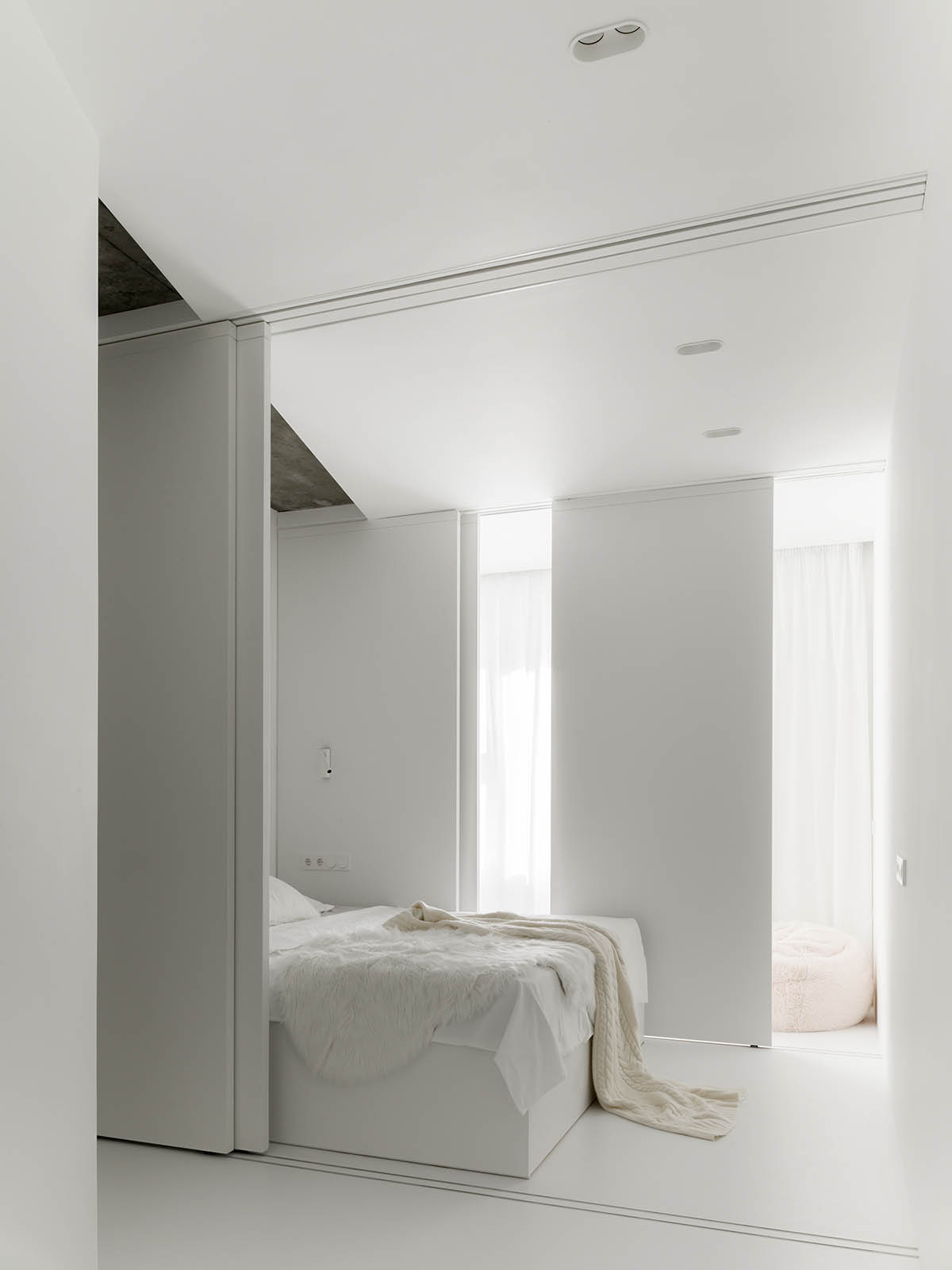 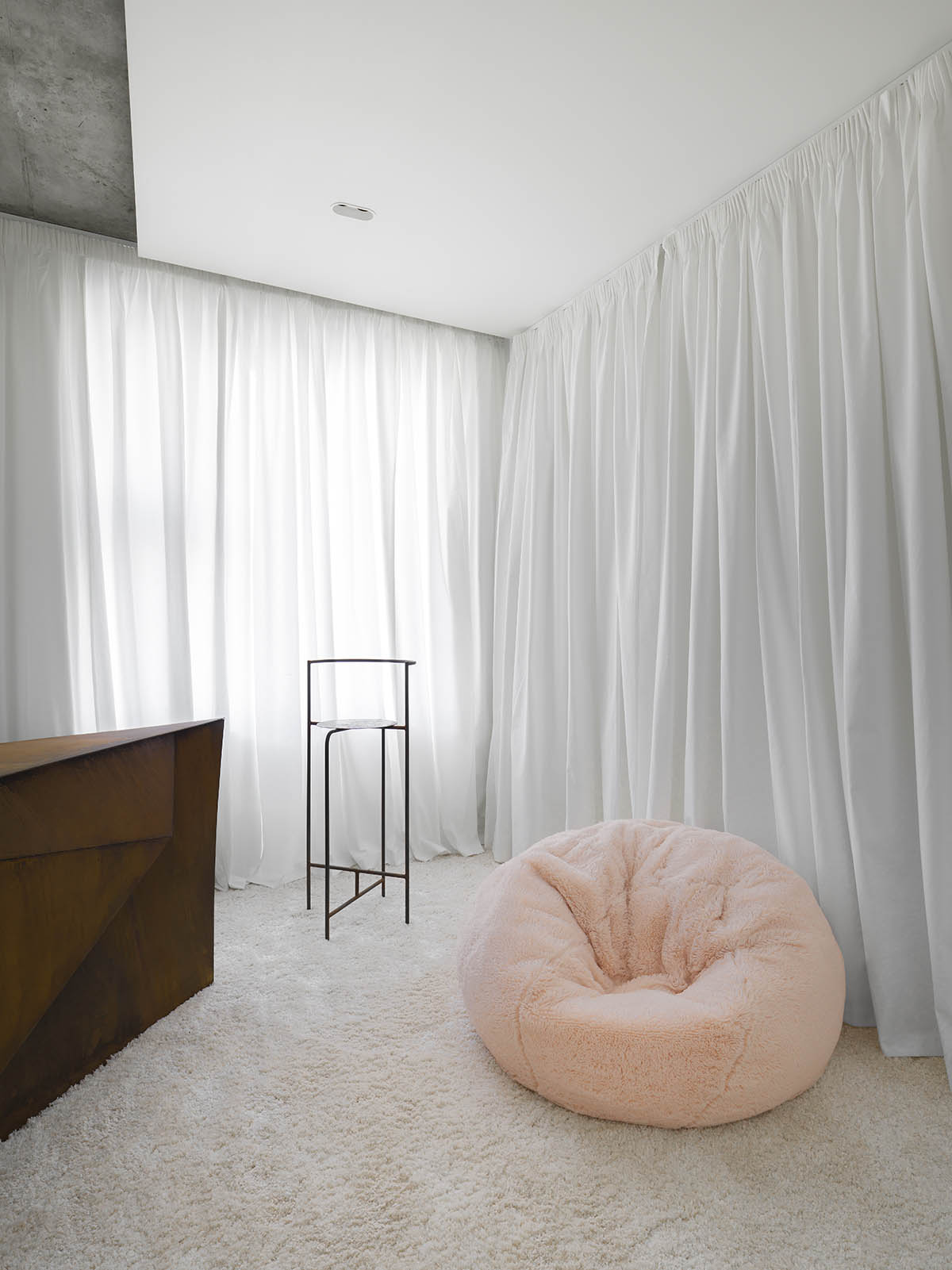 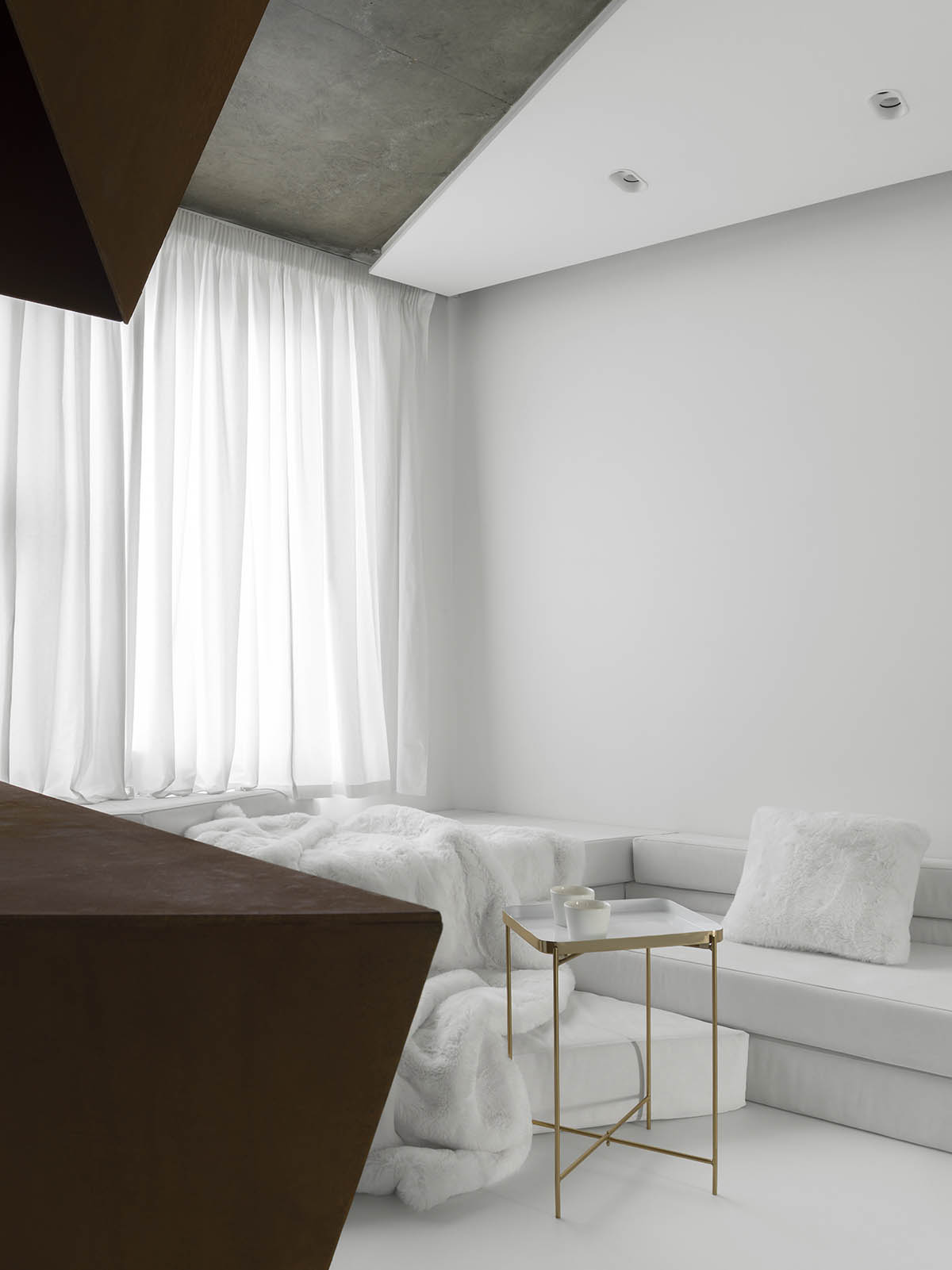 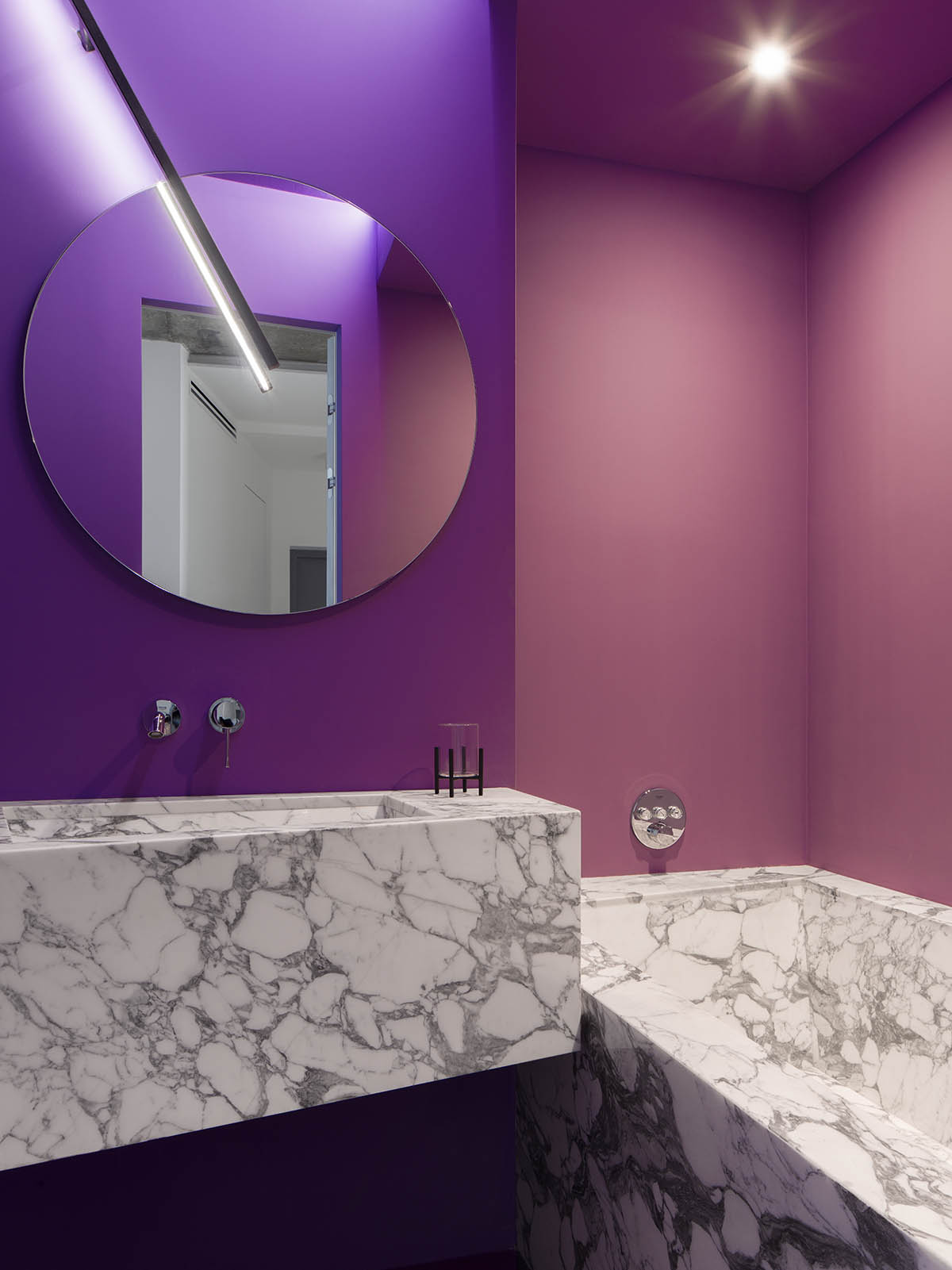 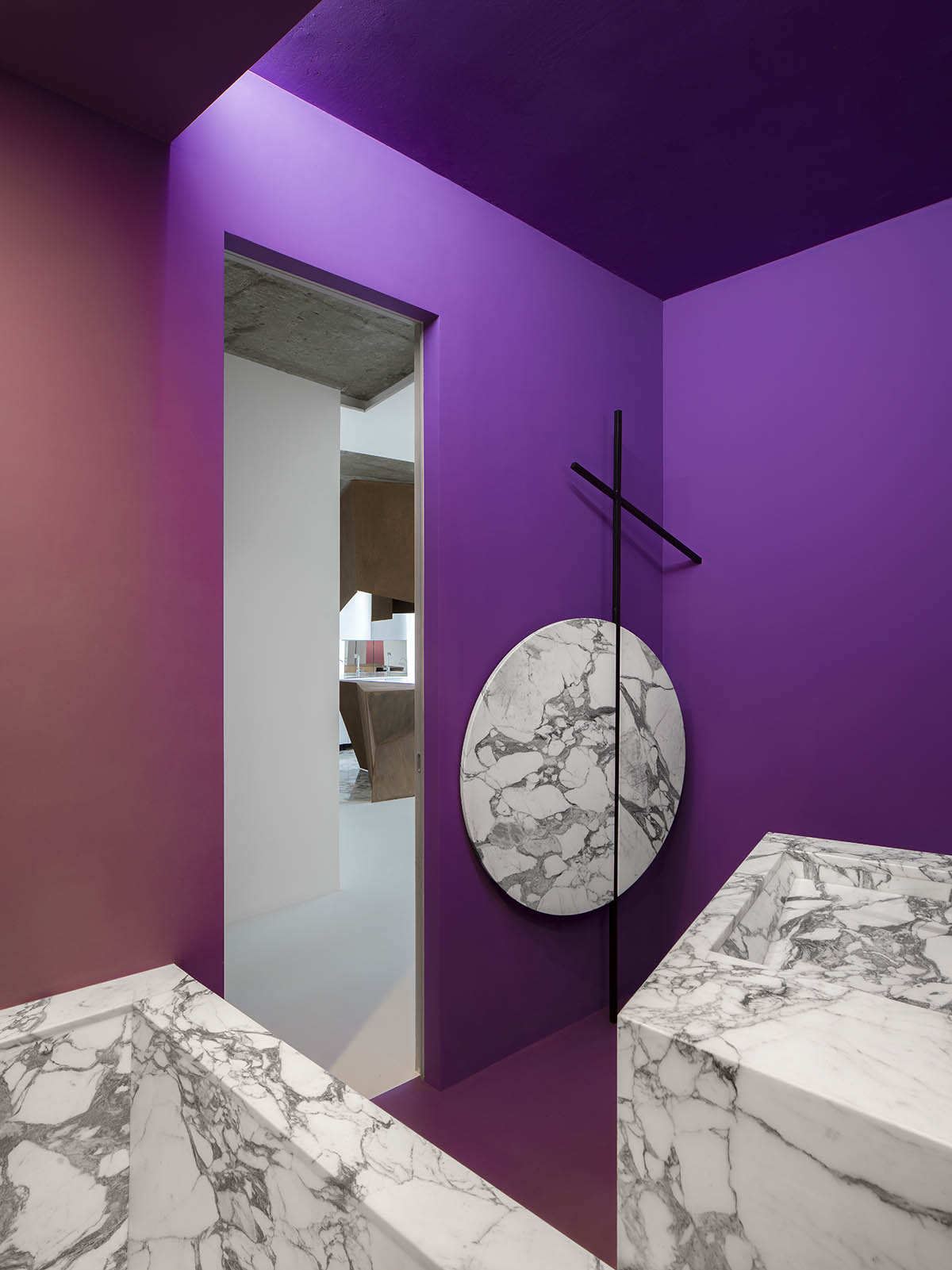 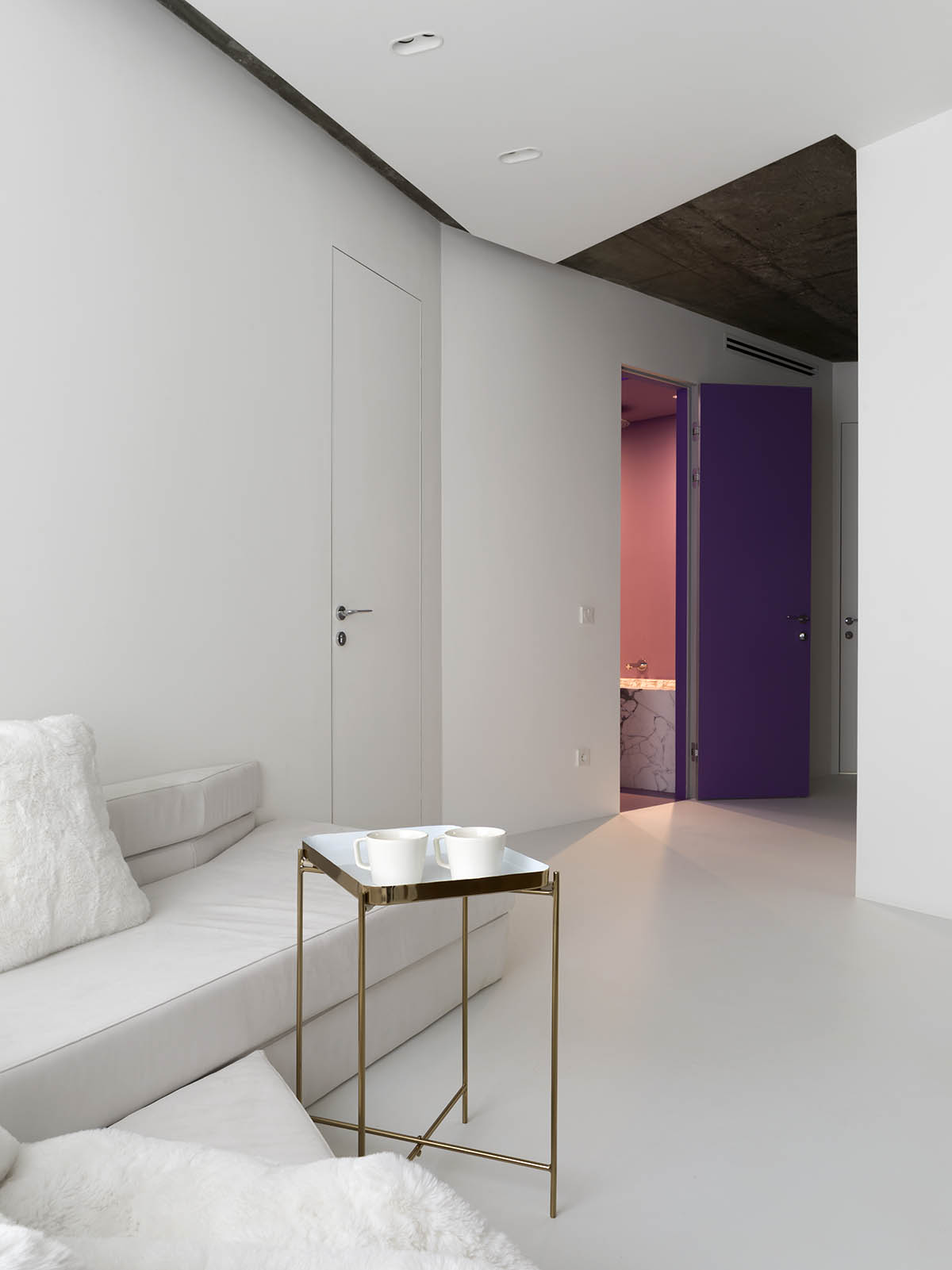 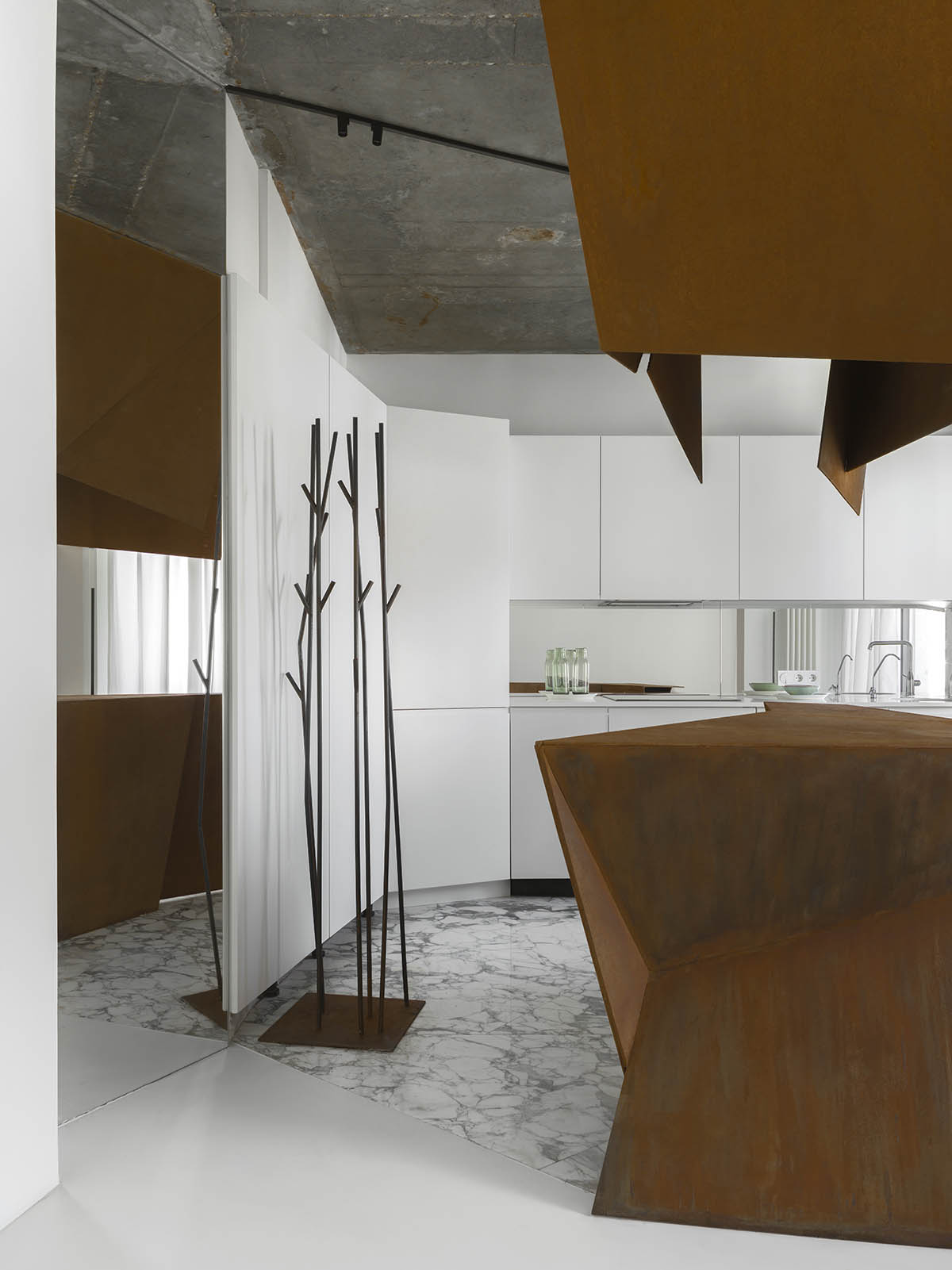 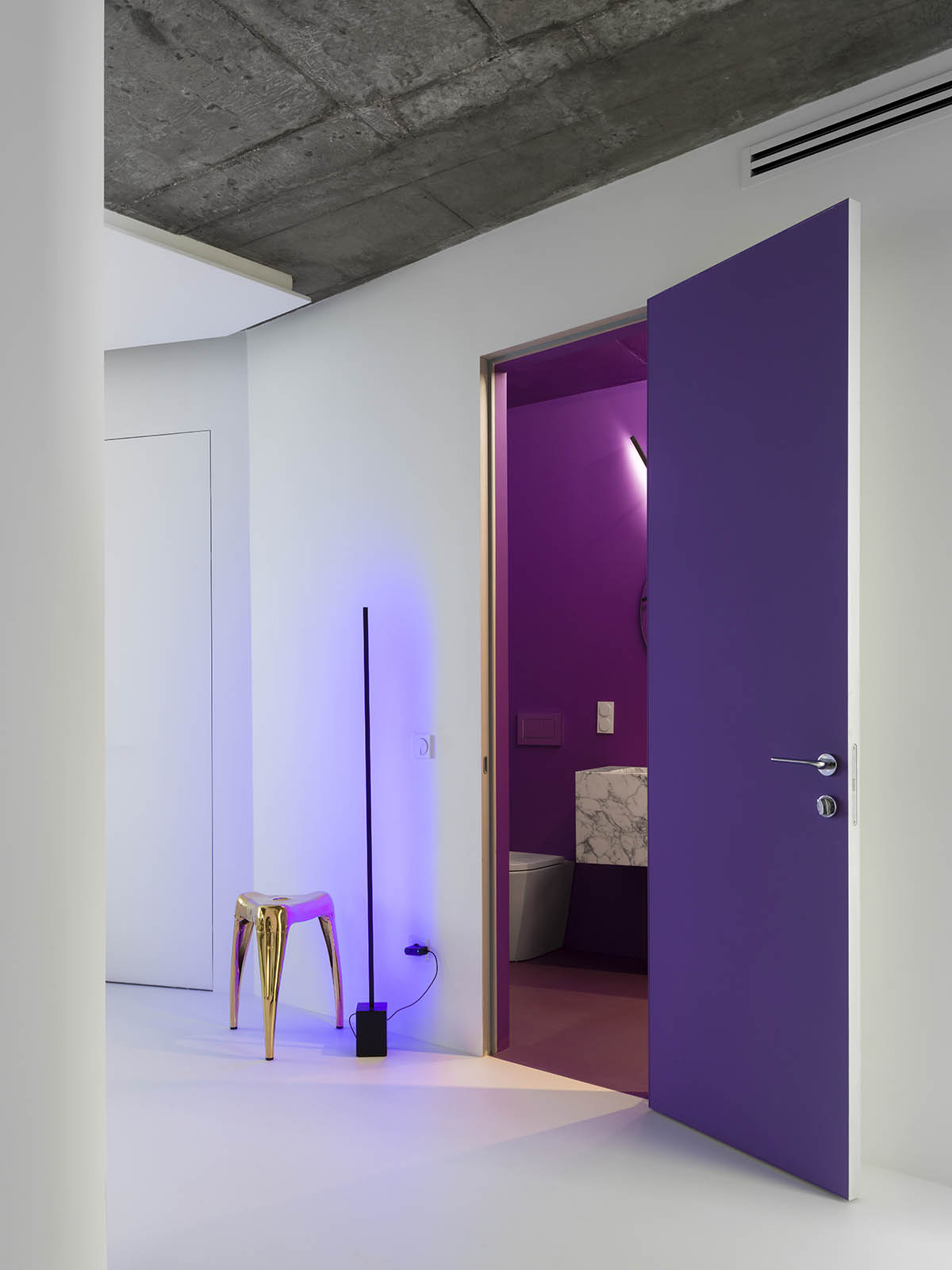 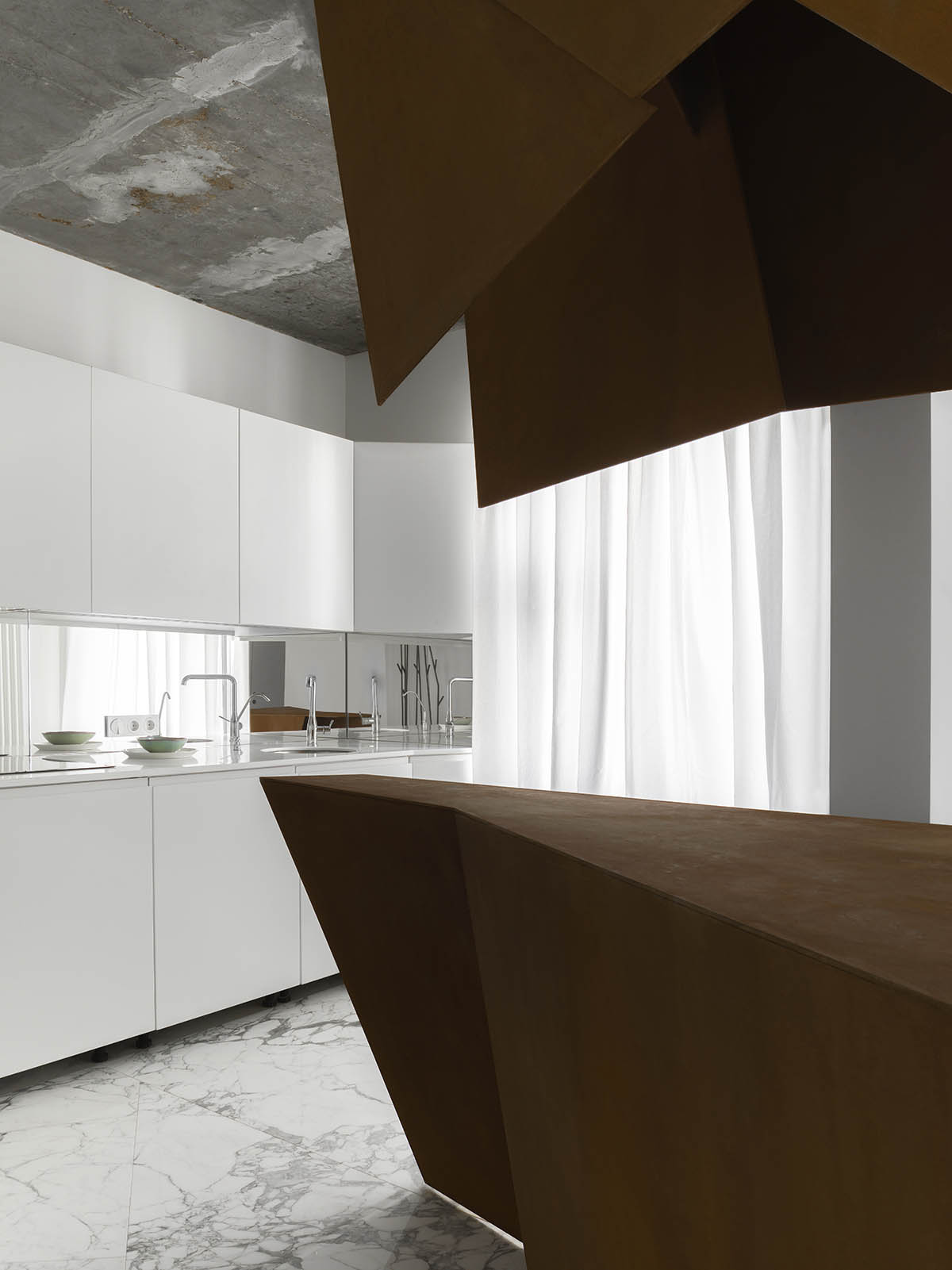 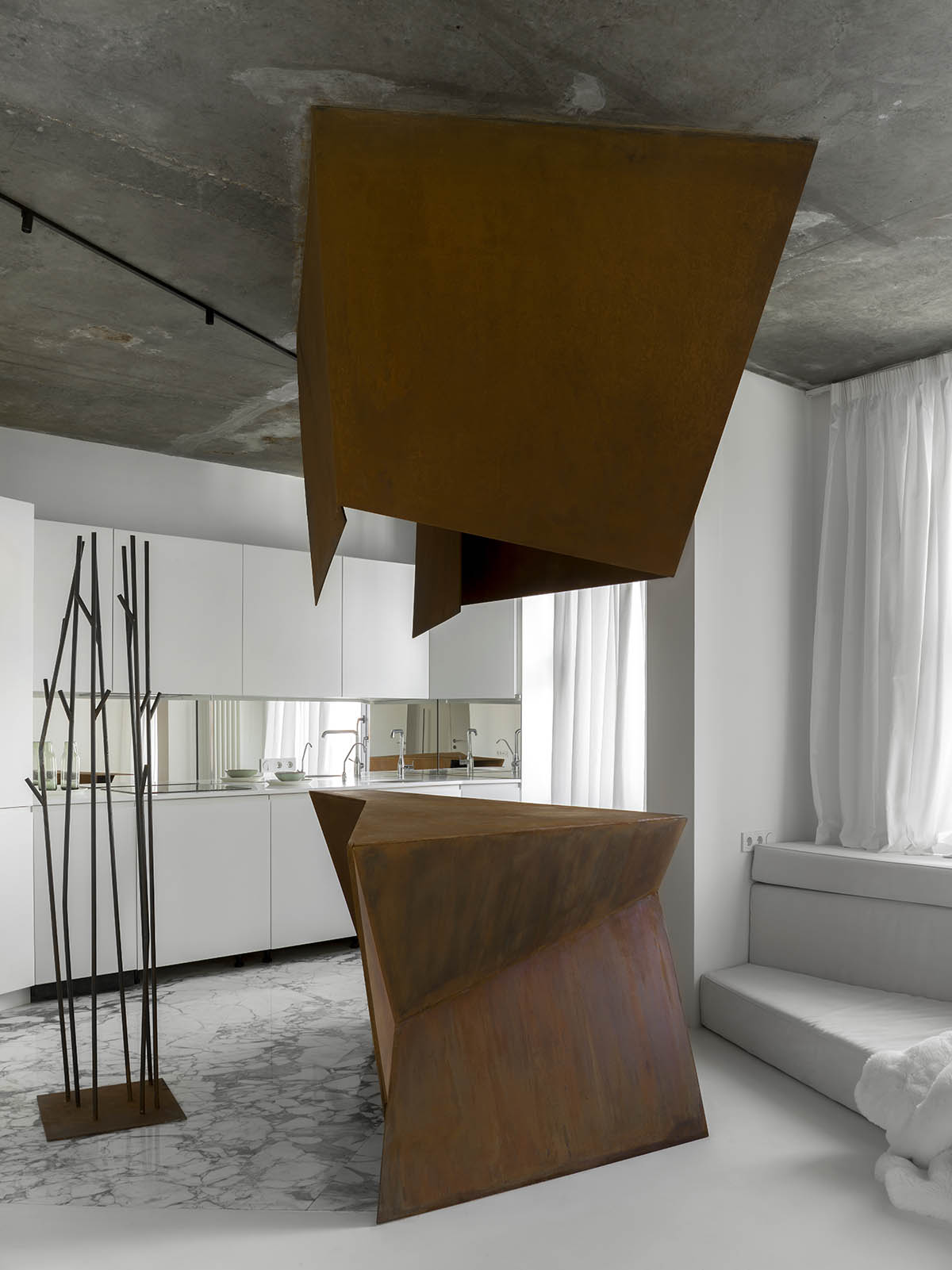