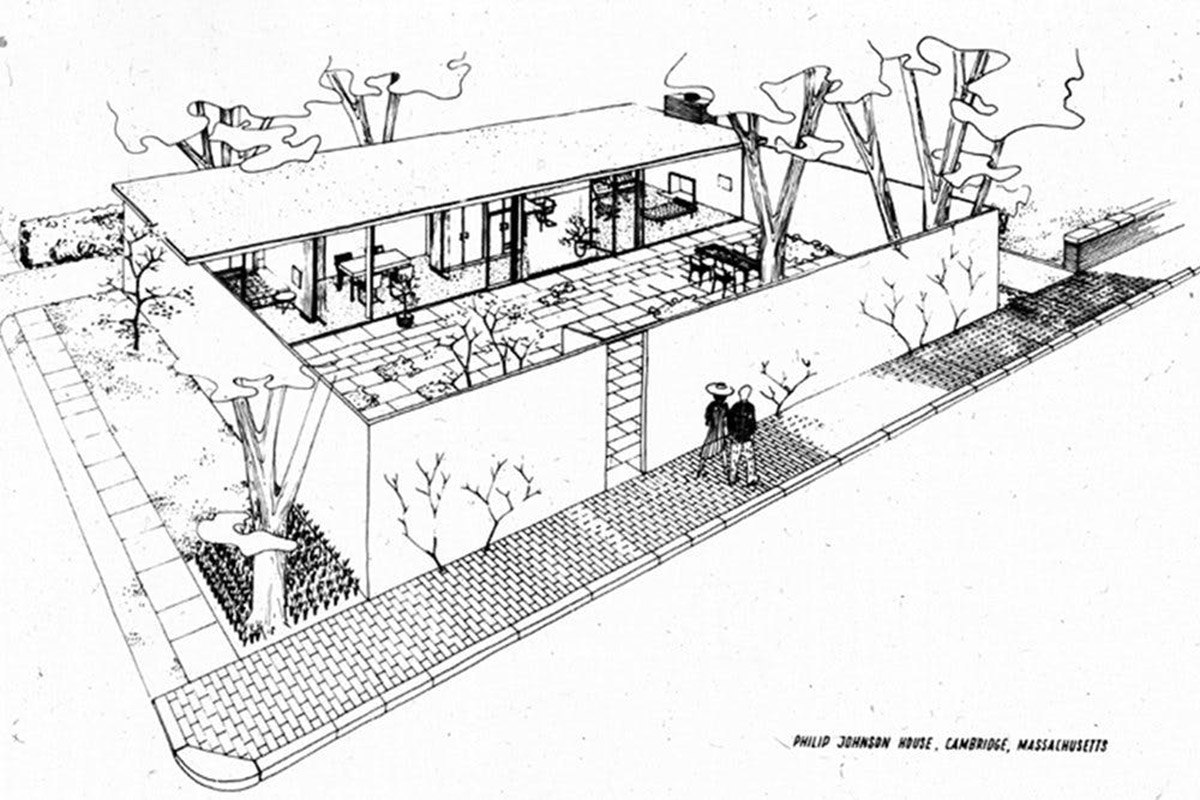 The Harvard Graduate School of Design has decided to remove Philip Johnson's name from the house he built in Cambridge as a thesis project in response to a call from The Johnson Study Group over his racism and collaborative efforts with the Nazi party in his legacy.

In a letter by Sarah Whiting, Dean and Josep Lluís Sert Professor of Architecture at the Harvard GSD, sent to The Johnson Study Group on December 5, 2020, the Harvard GSD has announced that the institution has renamed the private residence, formerly known as Philip Johnson Thesis House, as 9 Ash Street.

Johnson design and built the residence at 9 Ash Street in Cambridge, Massachusetts in the 1940s as his thesis project. It was his first built house as Johnson's Masters of Architecture thesis at the Harvard GSD.

The house was used for Johnson's social events and Johnson sold the house after the Second World War. In 2010, the Harvard GSD purchased the house and restored it in 2016.

The Harvard GSD's decision comes after The Johnson Study Group, an online organization documenting Philip Johnson's ties with fascism and Nazism, sent a letter on November 27, 2020 calling all public institutions to remove Philip Johnson's name from "all spaces and titles" in reference of honor. The collective's letter also included New York's Museum of Modern Art, calling the institution to remove Philip Johnson's name from "his curatorial work as a pretense to collaborate with the German Nazi party."

In the letter of The Johnson Study Group, the collective said: "we call on the Museum of Modern Art, Harvard Graduate School of Design, and any other public-facing nonprofit in the United States to remove the name of Philip Johnson from every leadership title, public space and honorific of any form."

"Philip Johnson's widely documented white supremacist views and activities make him an inappropriate namesake within any educational or cultural institution that purports to serve a wide public".

"He used his office at MoMA and his curatorial work as a pretense to collaborate with the German Nazi party, including personally translating propaganda, disseminating Nazi publications, and forming an affiliated fascist part in Louisiana," said The Johnson Study Group in its letter.

"He effectively segregated the architectural collection at MoMA, where under his leadership (1933-1988) not a single work by any Black architect or designer was included in the collection," the letter added.

"He not only acquiesced in but added to the persistent practice of racism in the field of architecture, a legacy that continues to do harm today," the group continued.

Philip Johnson's ties with racism have been elaborated in a book, titled 1941: Fighting the Shadow War, which was written American journalist and independent historian by Marc Wortman, released in 2016. The book details his activities with the Nazis in 1930s and his support to Nazi regime to import fascism to America. 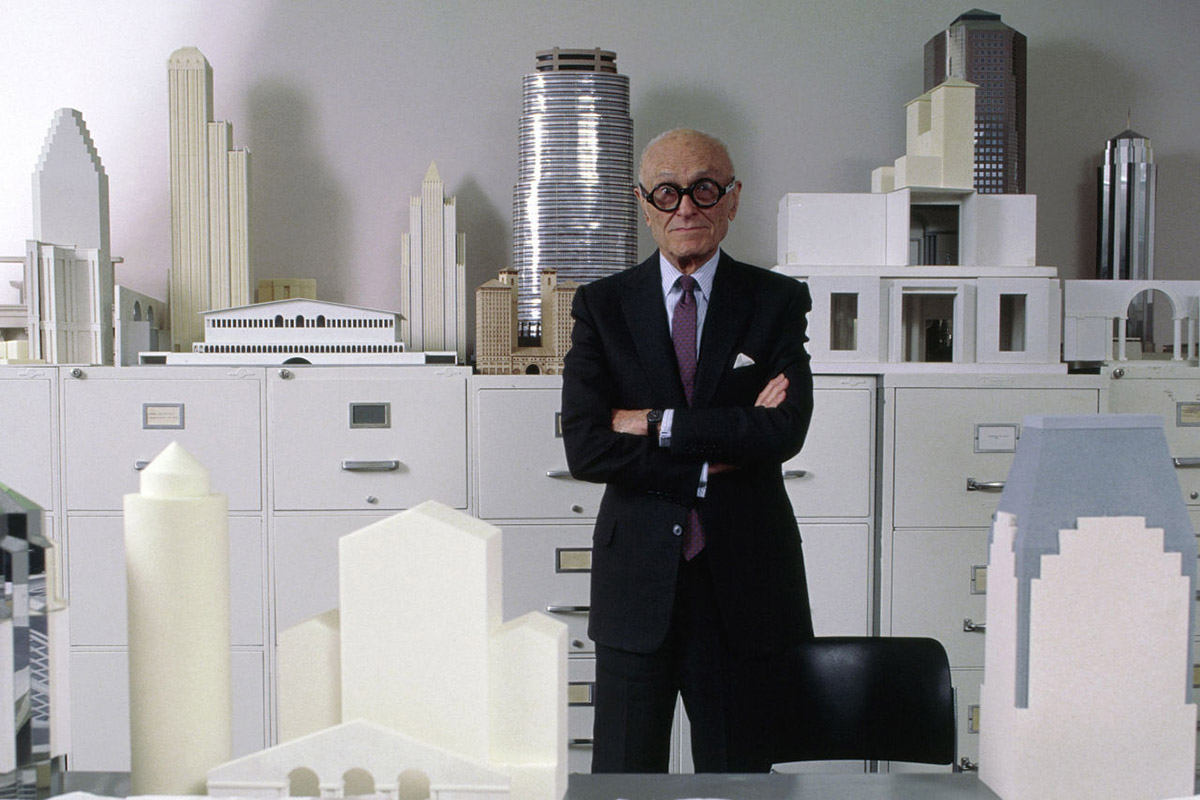 In a response to the group's call, Sarah Whiting wrote that "but I fully agree with your strong point about the power of institutional naming, and the integrity and legitimacy it confers."

She added: "the Harvard GSD is taking steps and will officially rename the house as simply "9 Ash Street" with the house’s physical address."

"His racism, his fascism, and his strenuous support of white supremacy have absolutely no place in design," wrote Sarah Whiting.

Read the full letter of Sarah Whiting below:

Subject: Letter to MoMA and the GSD

Dear Mitch and the other members of the Johnson Study Group:

Thank you for this note, which I take very seriously–both as the dean of the GSD and as a designer. Philip Johnson’s global influence in architecture in the 20th century and his grip on the field even now, 15 years after his death, cannot be overstated. And the power he wielded and continues to wield make it critical that not only his own work as an architect and curator continues to reappraised, but also that the consequences and persistent legacy of his influence in shaping the field and canon of architecture continue to be scrutinized. His racism, his fascism, and his strenuous support of white supremacy have absolutely no place in design.

At Harvard, the GSD owns a private residence in Cambridge that Johnson designed and built for his thesis project at the GSD, when he attended the school in the 1940s. At the university, the house doesn’t have an official name on record, although it is usually referred to as the Thesis House, or the Philip Johnson Thesis House, or some variation. But I fully agree with your strong point about the power of institutional naming, and the integrity and legitimacy it confers. An so we are taking steps to officially recognize the house within the university as simply “9 Ash Street”–the house’s physical address.

As you put it, this is a minor but clarifying step in making room for other legacies to come. I agree about this, too. We do not pretend to think our work, as a school, ends here. At the GSD, we are committed to doing our part to bring much-needed, long-overdue change to the field, to a fundamental reorientation toward inclusion. Johnson’s influence runs deep and wide, and across generations, and yet he is also just one figure among the entrenched, paradigmatic racism and white supremacy of architecture. Undoing that legacy–of the field, not only of Johnson–is arduous and necessary, and as a school and community we are committed to seeing it through.

The Museum of Modern Art hasn't not yet commented on this issue, but Martino Stierli, MoMA's Philip Johnson Chief Curator of Architecture and Design, told Architectural Record that "The Museum and I are taking this issue very seriously and extensively researching all available information."