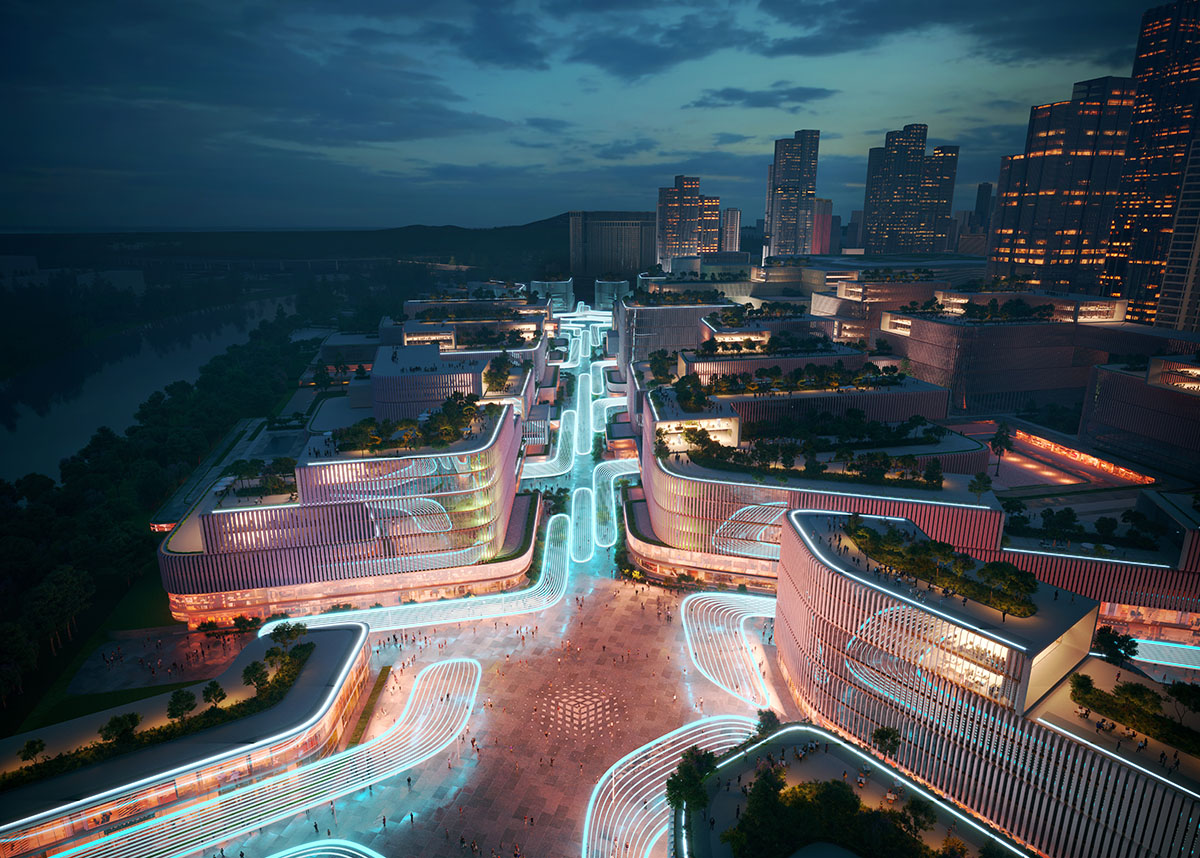 Zaha Hadid Architects has revealed plans for the future Huanggang Port Area masterplan in Shenzhen, China, the new masterplan will be "an important node of the Guangzhou-Shenzhen Science and Technology Corridor."

Aiming to create a hub of scientific research and collaboration in industries, the new masterplan will house various industries such as  microelectronics, material development, artificial intelligence, robotics, and medical sciences.

The development will enable the port’s 1.67 square kilometres of parking lots and cargo inspection areas to be redeveloped as a national centre for technology innovation. Located in the Futian District of the city, Huanggang Port currently serves 300,000 people crossing the border with Hong Kong each day.

As the Port is situated at this key interchange within the Greater Shenzhen Bay region, the new Huanggang Port Area masterplan at Shenzhen Park in the Shenzhen-Hong Kong Science and Technology Innovation Cooperation Zone incorporates direct connections with Shenzhen’s metro network. 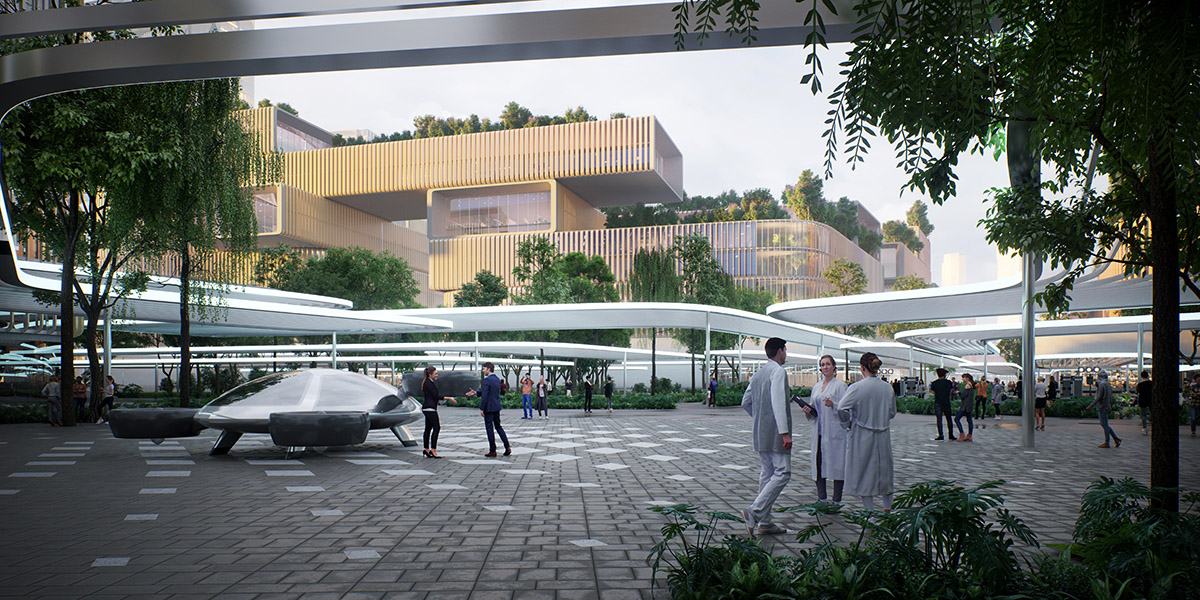 "The existing Huanggang port management area and public transport interchange at the south western end of the masterplan will be redeveloped as the ‘port hub’ district with administrative supporting offices and hotels for visiting scientists and researchers," said Zaha Hadid Architects.

ZHA will also transform the port’s former cargo inspection areas and parking lots into a "collaborative innovation" area which will be comprised of scientific research centres and laboratories as well as a conference centre to host lectures, talks and events that promote the exchange of ideas and collaboration. 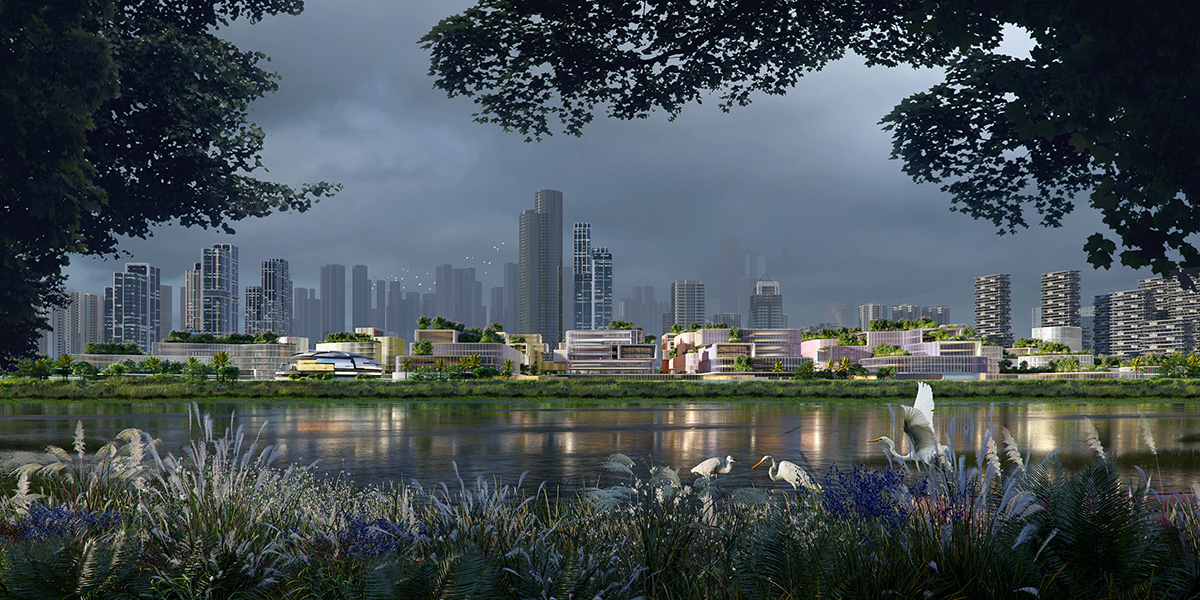 The ‘port living’ district will be located next to Fulin station of Shenzhen’s metro at the north eastern end of the masterplan, the living district will contain residential developments, schools, sports and recreational facilities as well as shopping and dining amenities for those working within the science park. 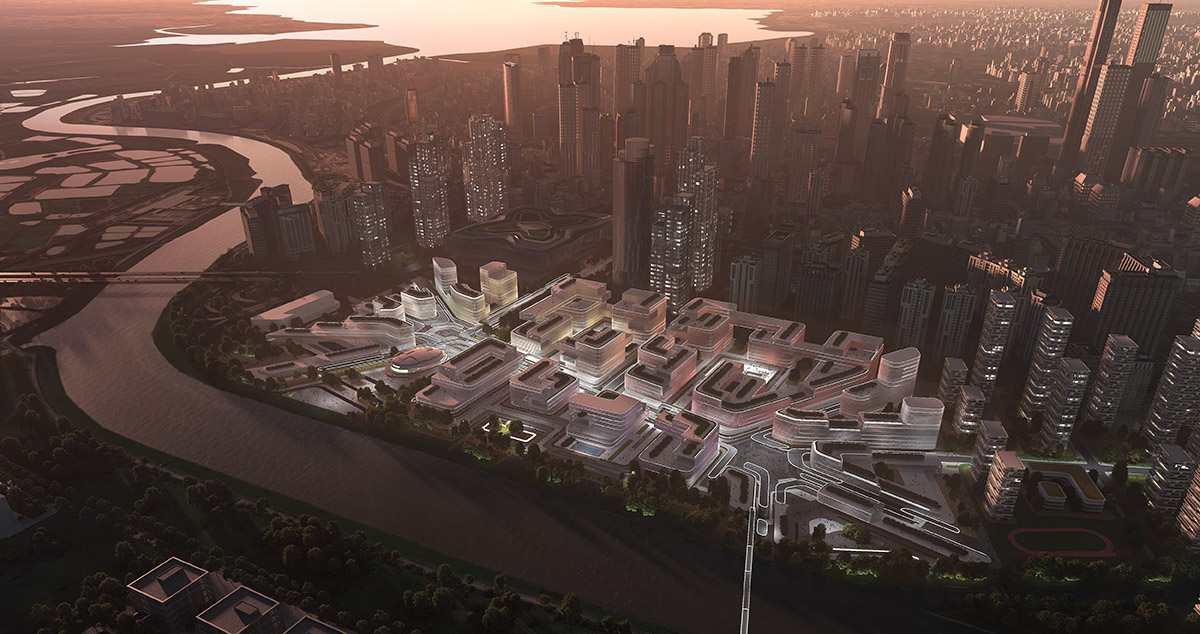 "With its base grid established by Shenzhen’s existing street layout to the west, the masterplan’s central spine is a wide pedestrian boulevard that connects its two primary public gathering spaces: the civic plaza at Fulin metro station in the north east and the large public square in the centre of the administrative hub at the Huanggang interchange in the south west," added ZHA. 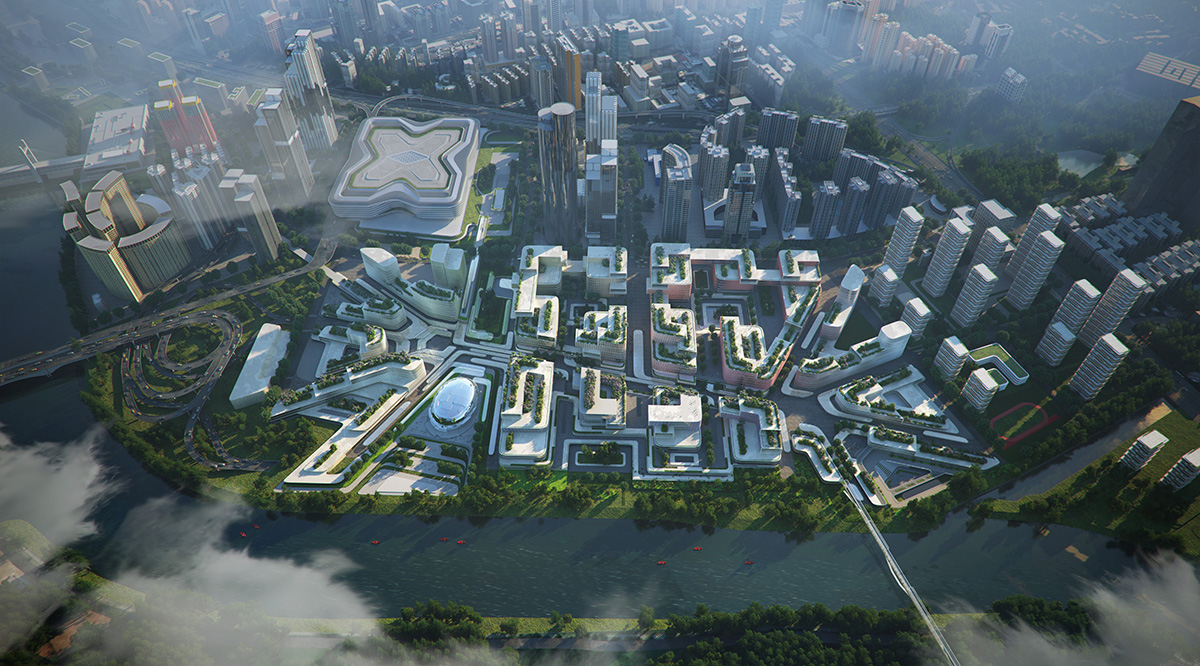 "The design accommodates the future expansion of the research studios and laboratories via shared podiums and bridging skywalks connecting with adjacent buildings," continued the firm.

In addition to the two primary civic plazas, they will have smaller cluster of buildings with its own ‘nucleus’ of an outdoor communal square ensuring spaces for nature are integrated throughout the masterplan. Those open squares will also create a green belt of parklands and wetlands along the Shenzhen River. 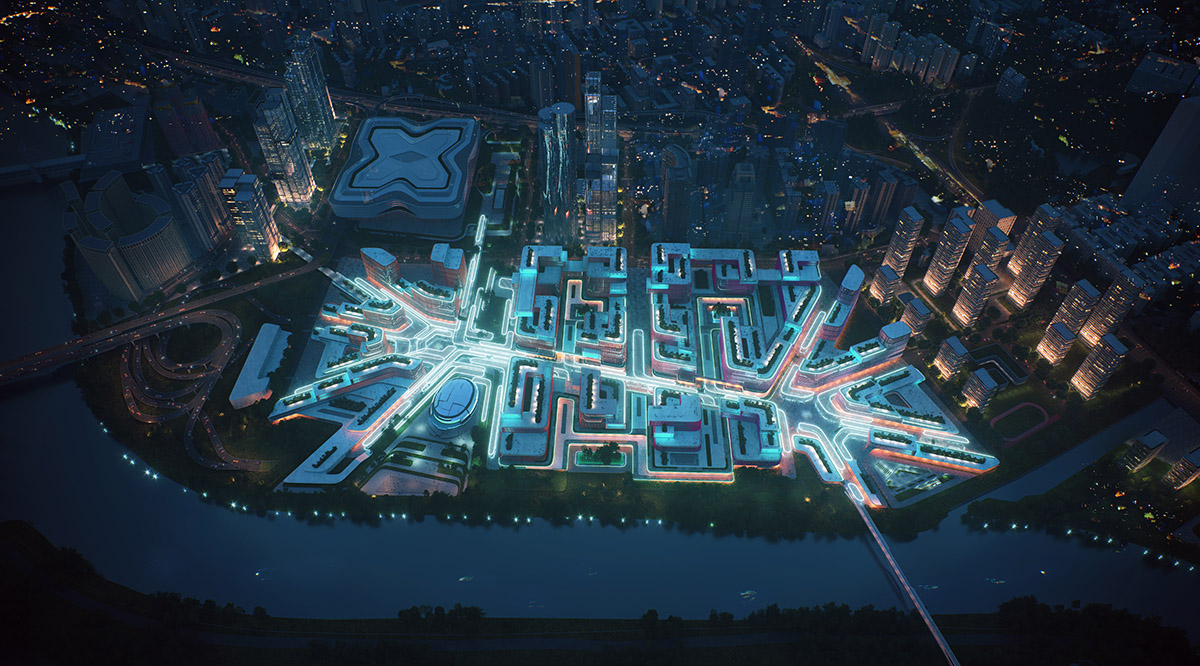 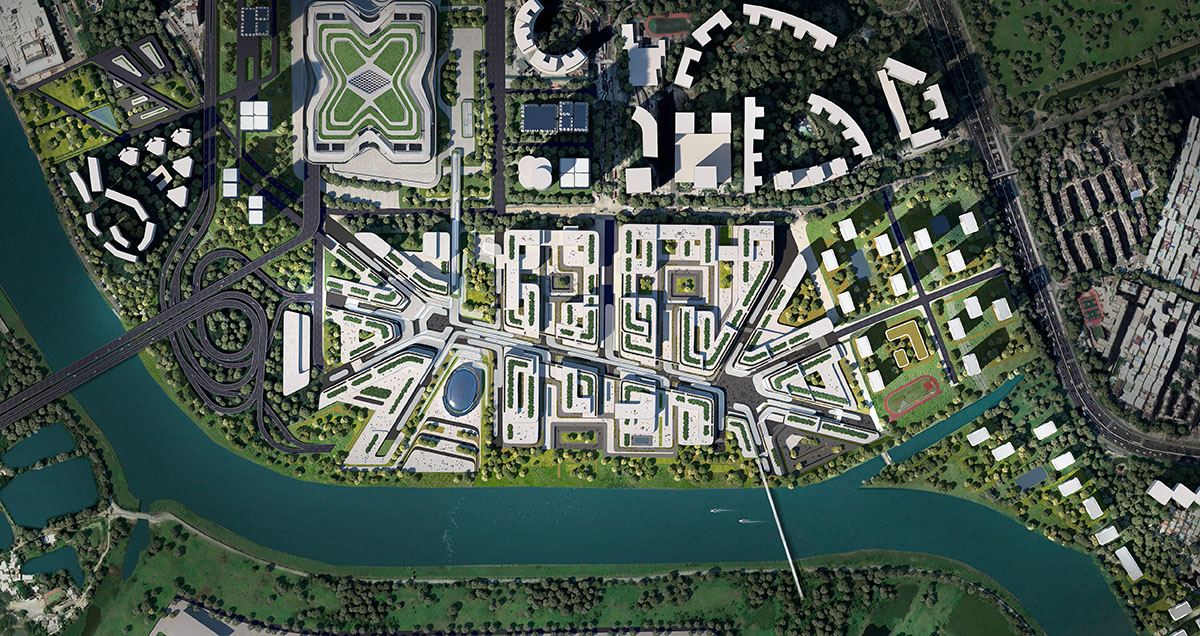